We had the good fortune of connecting with Jeni Robins and we’ve shared our conversation below.

Hi Jeni, alright, let’s jump in with a deep one – what’s you’re definition for success?
I feel like I have experienced many people’s definition of “success” and this has shaped my own definition. For many, success can be quantified by one’s monetary income. To me, success is measured in how you spend your time. I have always known I wanted to be an actor so I could bring joy to others, the way that actors I enjoyed, like Robin Williams, would bring joy to me. I knew I wanted to move to LA to pursue this since I was in middle school. I went through the motions of going to college, getting a degree, and then taking the first corporate job that came my way. I was the Human Resources “Executive” for a major retailer. I had an office with my name on the door and I was already making more money than either of my parents with promises of significant salary increases every year I stayed with the company. My original plan was to make this a “side gig” while I looked for acting jobs, but it quickly became clear that there was no way this would be possible with my “executive” workload. I had to make a choice. I could continue on this path that guaranteed my life would be taken care of or I could bail, give up on this career to take a chance in my real dream. People around me projected their own fears and told me I was too old for such a dream. Friends pleaded with me to stay in my current career because “people would kill for my position” and I “would be a fool to give up my salary”. I went to talk to people who were in currently in the positions I was told I could one day be promoted into. Many had similar struggles. I heard over and over, “Oh, I used to want to ___, but then Mother/kids/bills/etc. so I needed something steady”. Their eyes were telling of their emotions. I saw these “successful” people who had a picturesque family and fancy car that they would use to briefly shuttle to and from their beautiful homes to spend the majority of their life in a place they didn’t exactly love. That was when I knew that how my time was spent is more important to me than money alone. For me, enjoying the time you have in your life is the true definition of success. Once I came to this conclusion, I left my human resources career and came to Los Angeles to follow my dreams. It was a shock to go from having disposable income to being on food stamps for the first time in my life, but I was happy because I finally had a passion for what I was doing. I am in love with my career. Every day feels like a different adventure. I get to make people laugh and bring joy for a living as a standup comedian, actor, and writer. I make money bringing others joy. To me, there is no greater success. My future goals are to continue to do this for as long as I live. I am not working towards my retirement or waiting until the weekend to finally let loose, I am living every moment with joy. What could possibly be a more successful life. 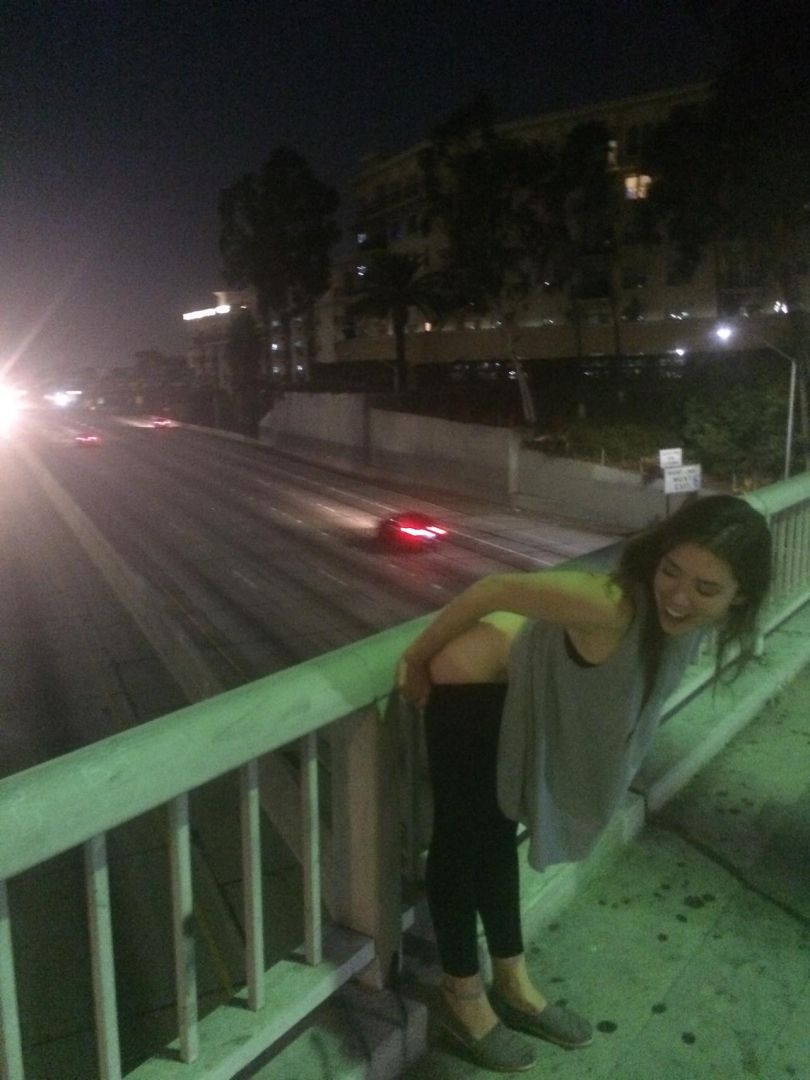 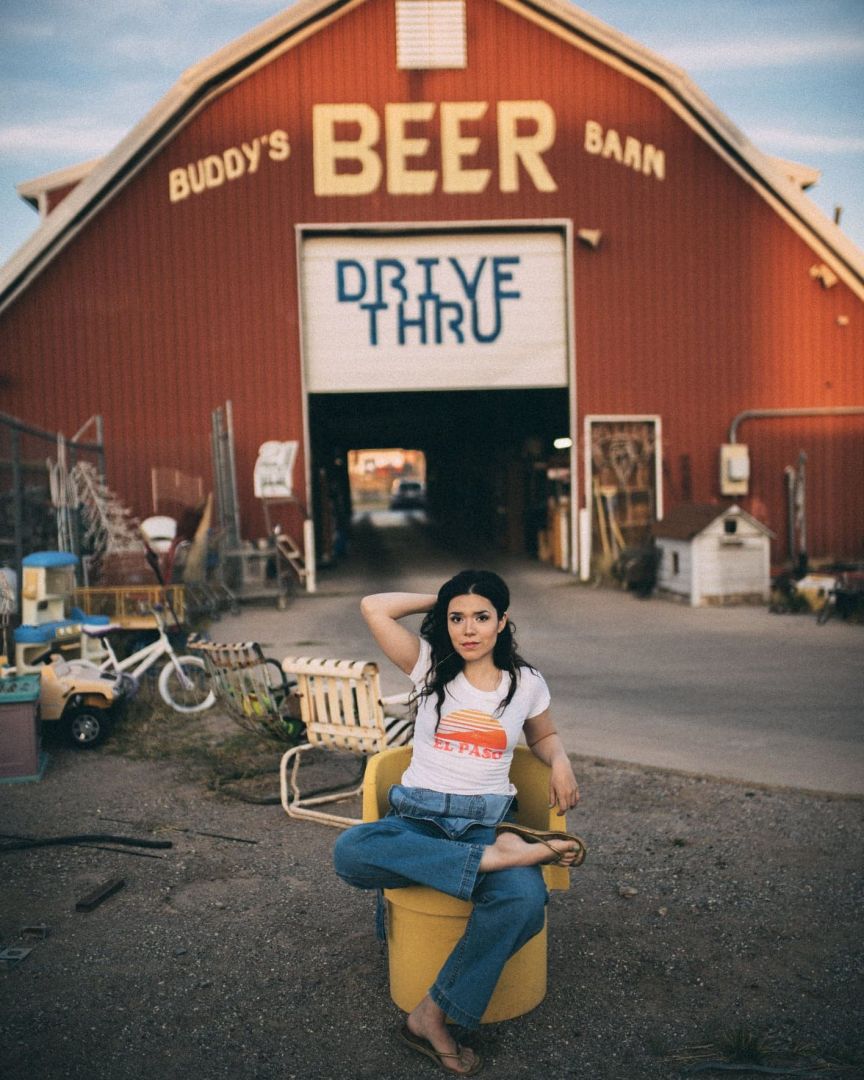 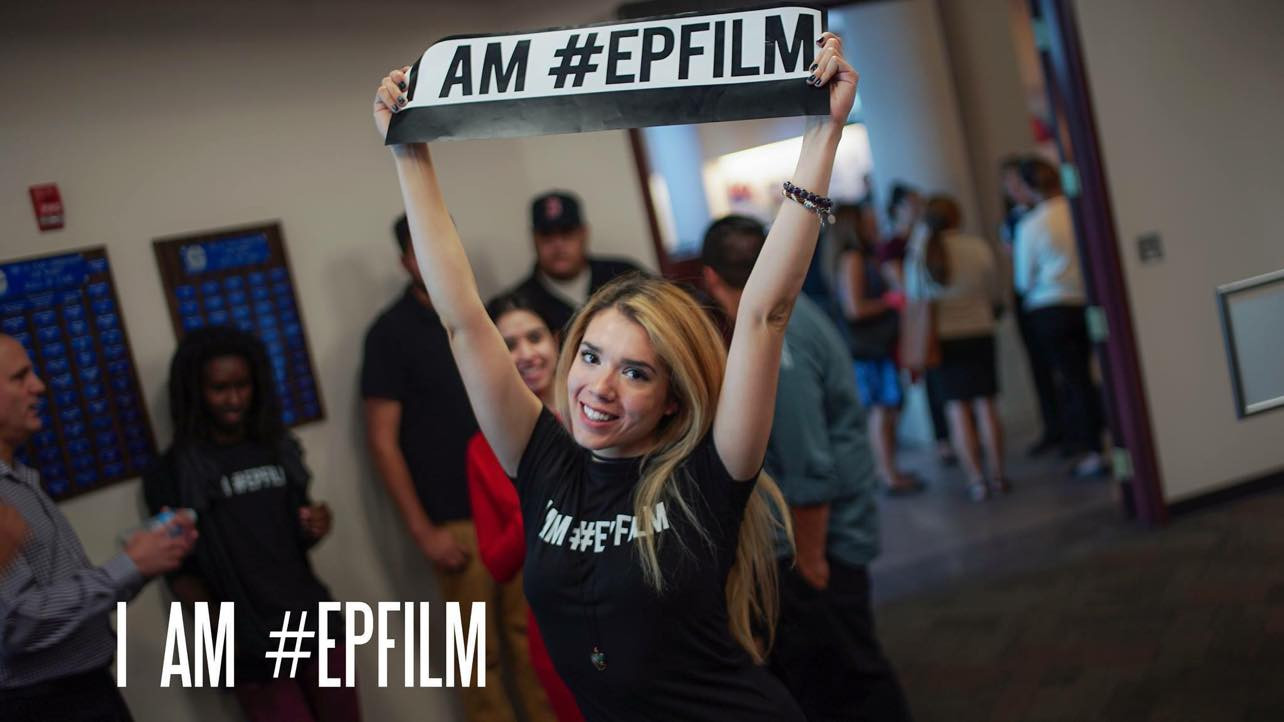 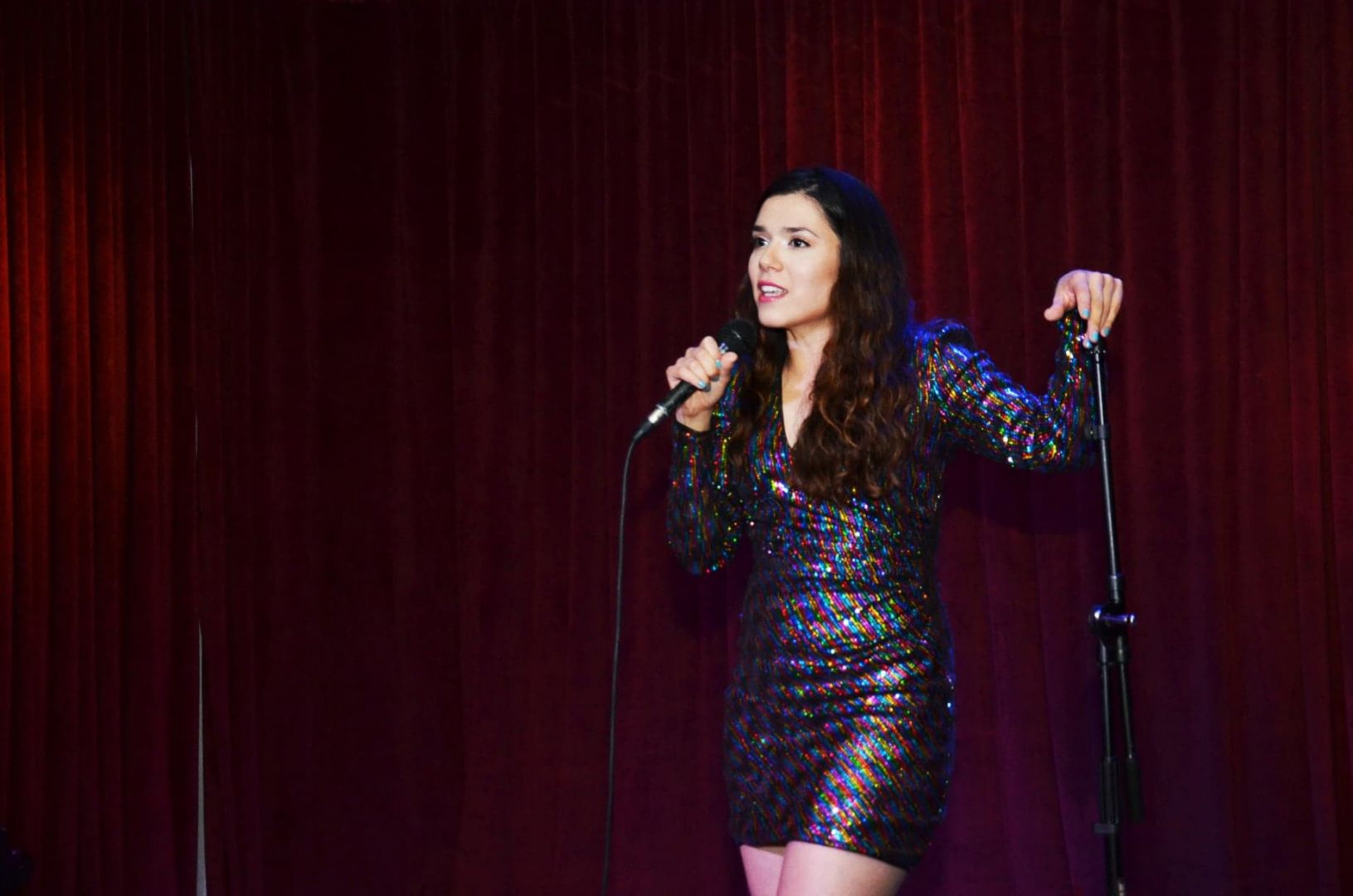 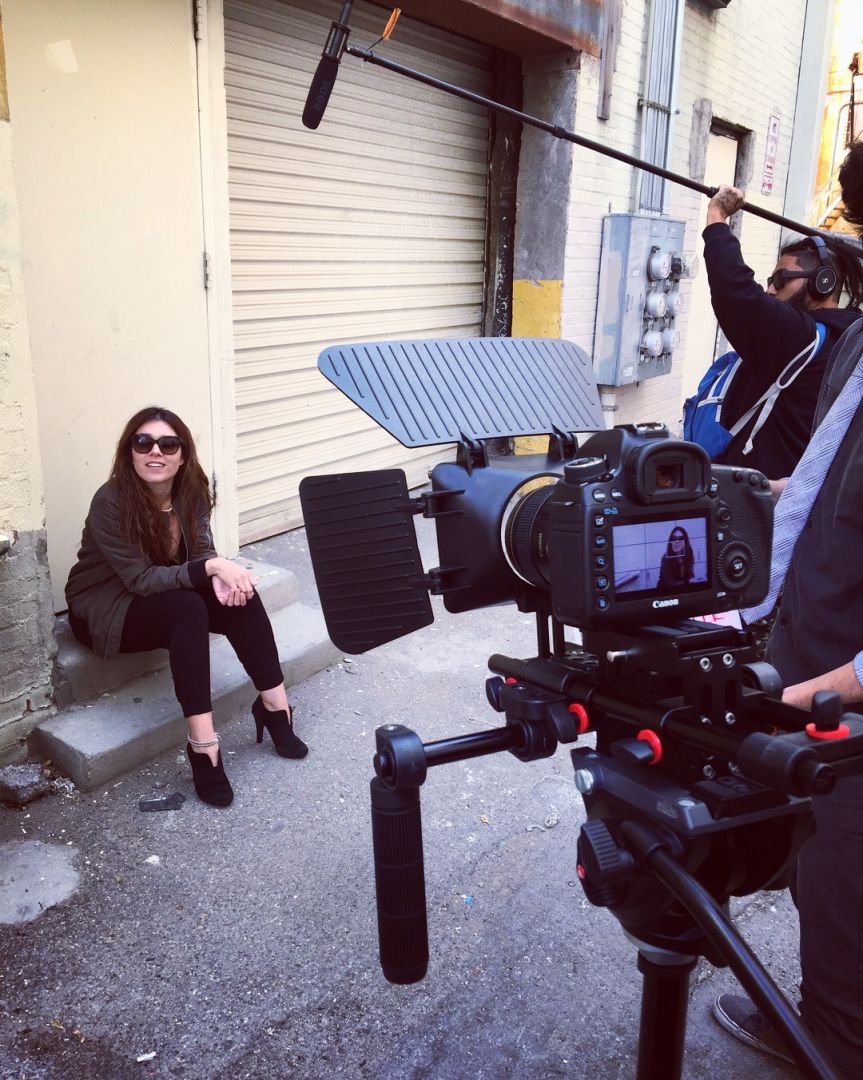 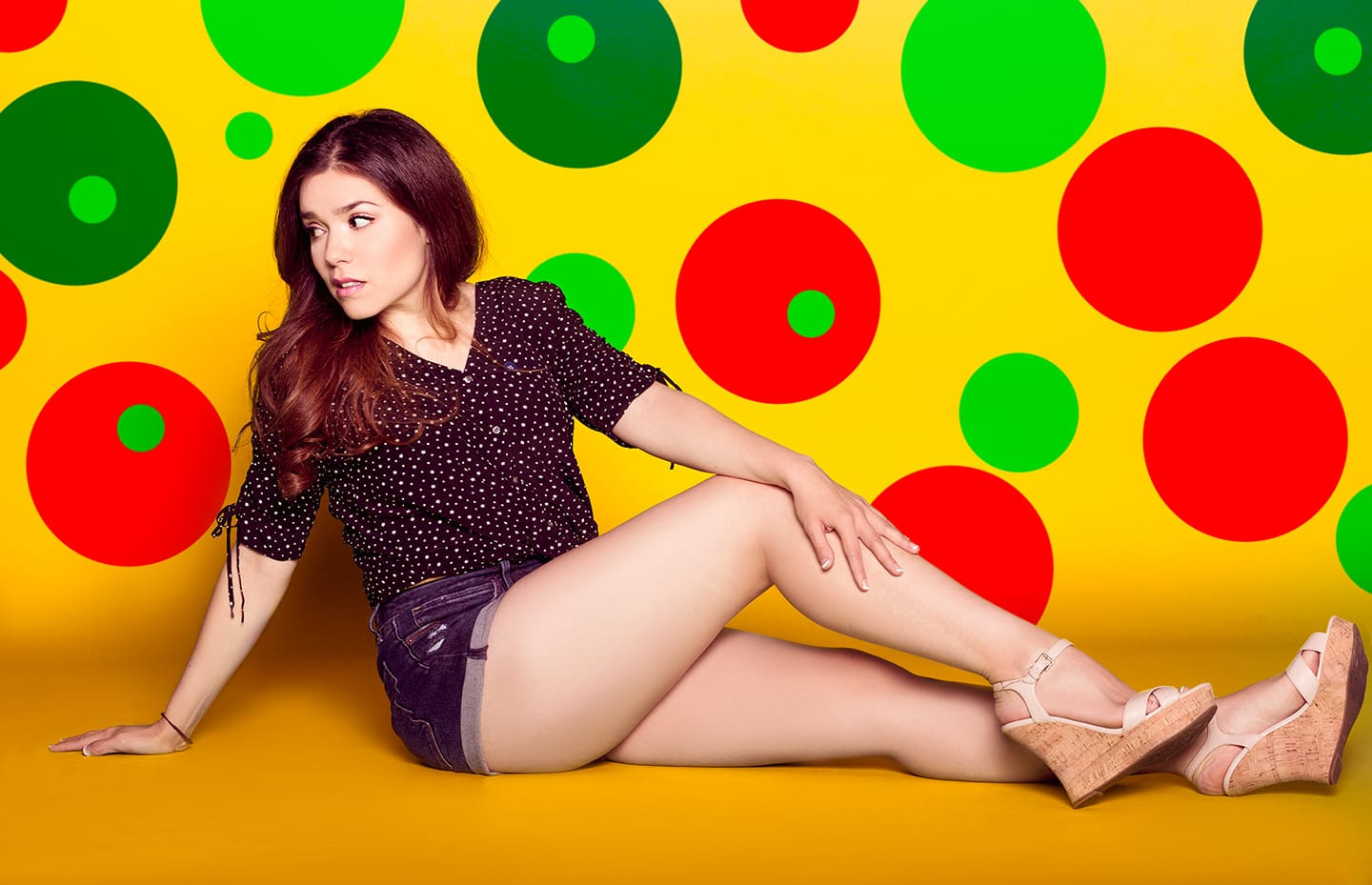 Alright, so let’s move onto what keeps you busy professionally?
Comedy is my outlet. It’s a fun way for me to take tragedy and own it. Comedy is a way of mocking reality in the most beautiful way. I tend to have a boyish sense of humor. When I was young, I was picked on for my weight and overall awkwardness by the girls at my school and banished to hang with the boys. Because I grew up with an older brother, it was almost natural for me to hang with the boys. I often feel like a dude’s soul in a girly female’s body, like my soul was a guy in a past life who did things right and when he died, they asked him what he wanted to be in the next life, and he was like, “I wanna be a chick, bro” and then I happened. I bring this perspective into my comedy. I love making fun of myself because no one can get hurt when you do that. I am currently working on producing sketch comedy as an extension of my writing and acting.

Any places to eat or things to do that you can share with our readers? If they have a friend visiting town, what are some spots they could take them to?
When I have friends come into town, I like to first immerse them in my own neighborhood because it’s the place I know the best. I was fortunate to land in Highland Park, a quaint little neck of the woods. I found out it used to be home to some pretty notorious gangs and territory wars over “The Avenues”. Today, it is filled with vegan restaurants and vintage shopping spots. My favorite thing to do is walk up and down York Blvd. It has its own feel with local art adorning the walls. Throw a stick and you can find great coffee at spots like Collage with the tiniest counter for ordering, but a fun patio to enjoy your espresso. I would then hop into the line that is always sure to form at Donut Friend. Their rock n roll themed donuts are so good, its hard to believe they’re vegan. I would then try and feel centered again at the beautiful Namaste Highland Park, where you can take yoga, sip on tea, get a massage with sound healing, or even have your yoni steamed. The nightlife on York is fun with places like Highland Park Brewery for a rotating draft menu or play with projected Wii or gigantic shuffle board at Block Party. There are always new vegan food trucks that like to pop into that street keeping it interesting and ever changing. For my first years of living in LA, I was on a budget so when my friends came into town, we spent the day doing the freebies. One $7 all day metro pass can take you almost everywhere. I would use this to “travel the world” by following the yellow-line to Chinatown, then Little Tokyo, and pass through Grand Central Market for a little taste of everything. I used to live in a desert, so I love to take advantage of how close the beach is to me now. Thankfully, the subway system will now even take you to Santa Monica Pier. I know it’s cliché, but there is still something magical about seeing that iconic Ferris Wheel spinning near the water. I will never get tired of watching the waves hit the shore, like a show just for us. Because I am a comedian, my absolute favorite place to be in LA is The Comedy Store. When I first set foot into this historical spot, I was taken back. The greatest comedy legends have all performed here. My personal inspiration is Robin Williams; his presence is all over the Comedy Store. Sitting in the outdoor patio, you’ll see the signatures of the greats surrounding you. The walls are lined with the pictures of all of the Comedy Store regulars. Stick around on a given night and you will see Bobby Lee, Jeffrey Ross, and other comics just hanging out. One of my fondest memories was when I stayed late to see one of my friends, Jesus Trejo, perform. He ran to me before his set and told me that I had better get a seat quick because he just saw Dave Chapelle’s driver pull up. Any given night, “regulars” will “drop-in” to test out their new material. I was grateful to be there for one of Chapelle’s spots. There were maybe twenty people in the room total and I had front row seats to watch him workout his set. It was magic. Lastly, because everyone should do it at least once when they officially move here: The Hollywood sign hike. You can walk the Hollywood walk of fame, or walk up a mountain, see the whole city and get up close and personal with those iconic white letters. It’s quite literally the feeling of being on top of the world. 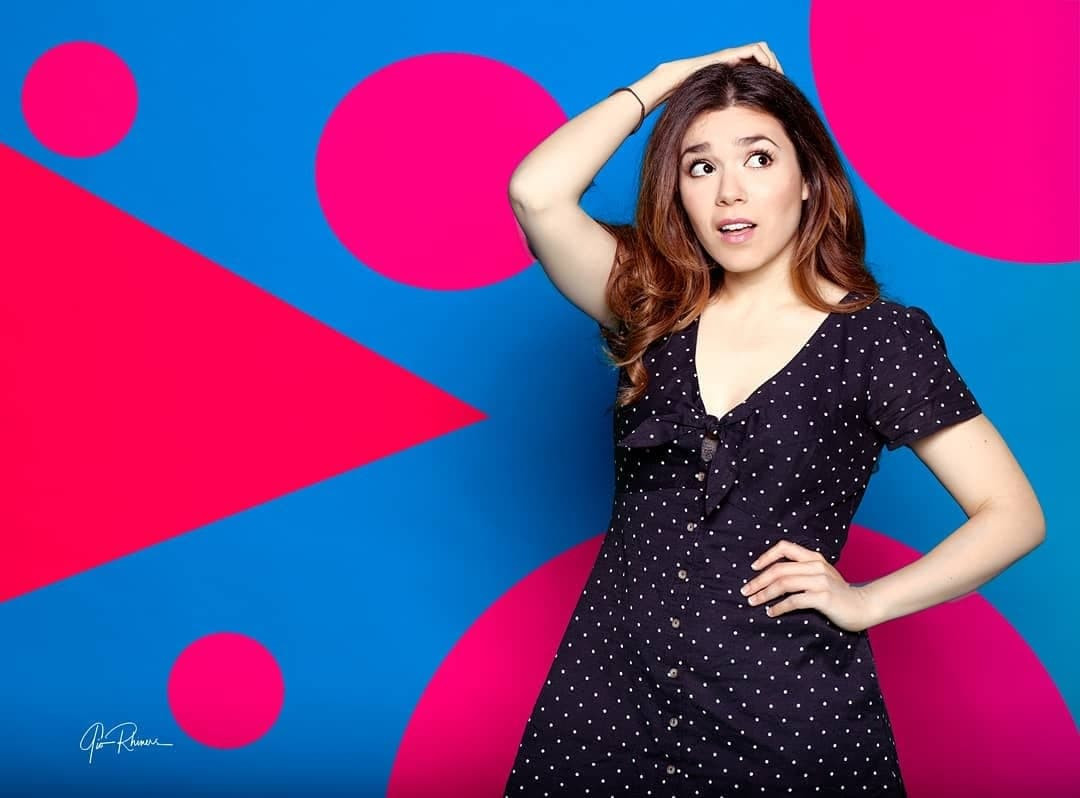 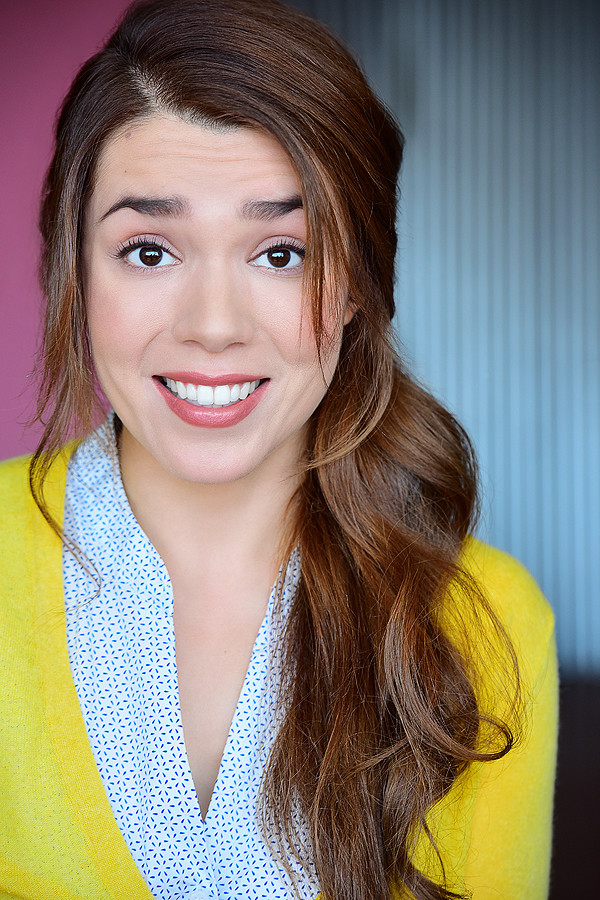 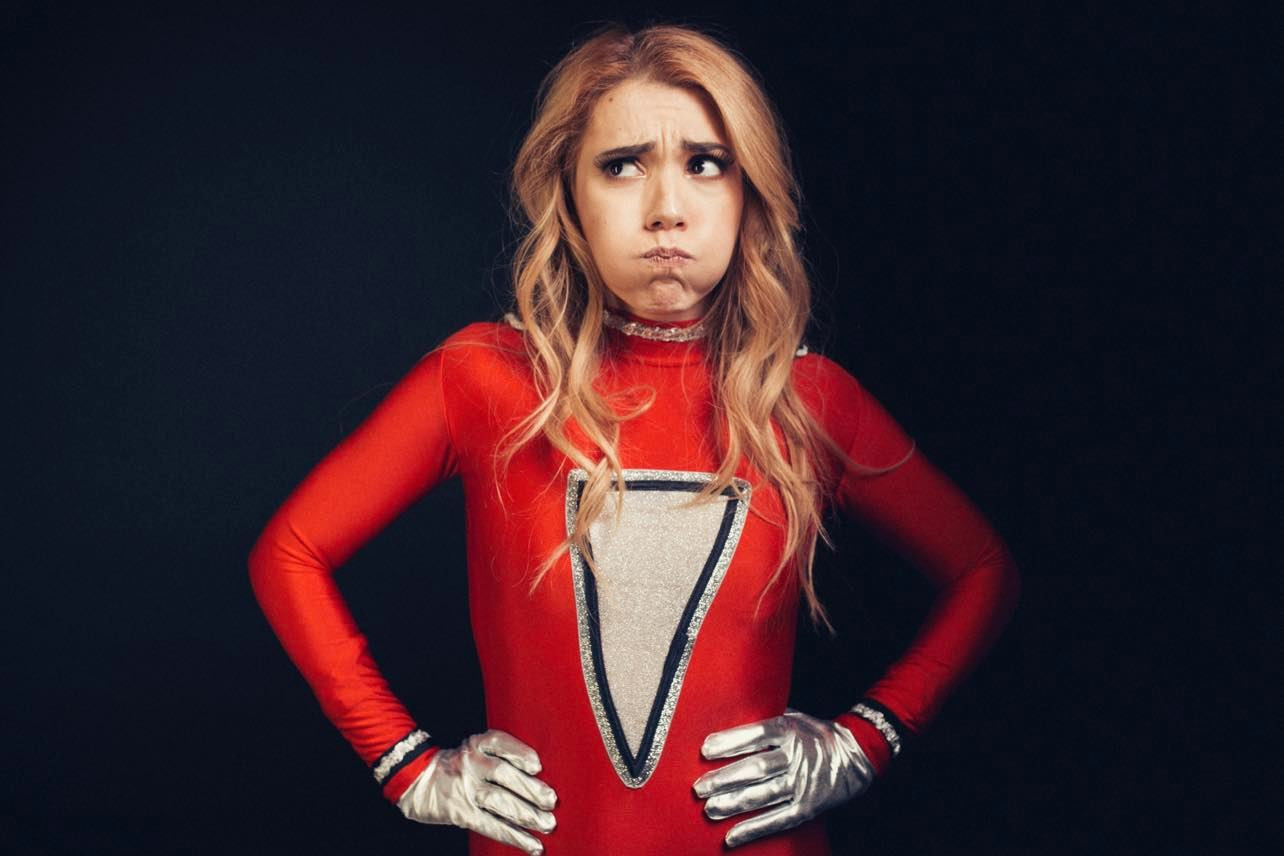 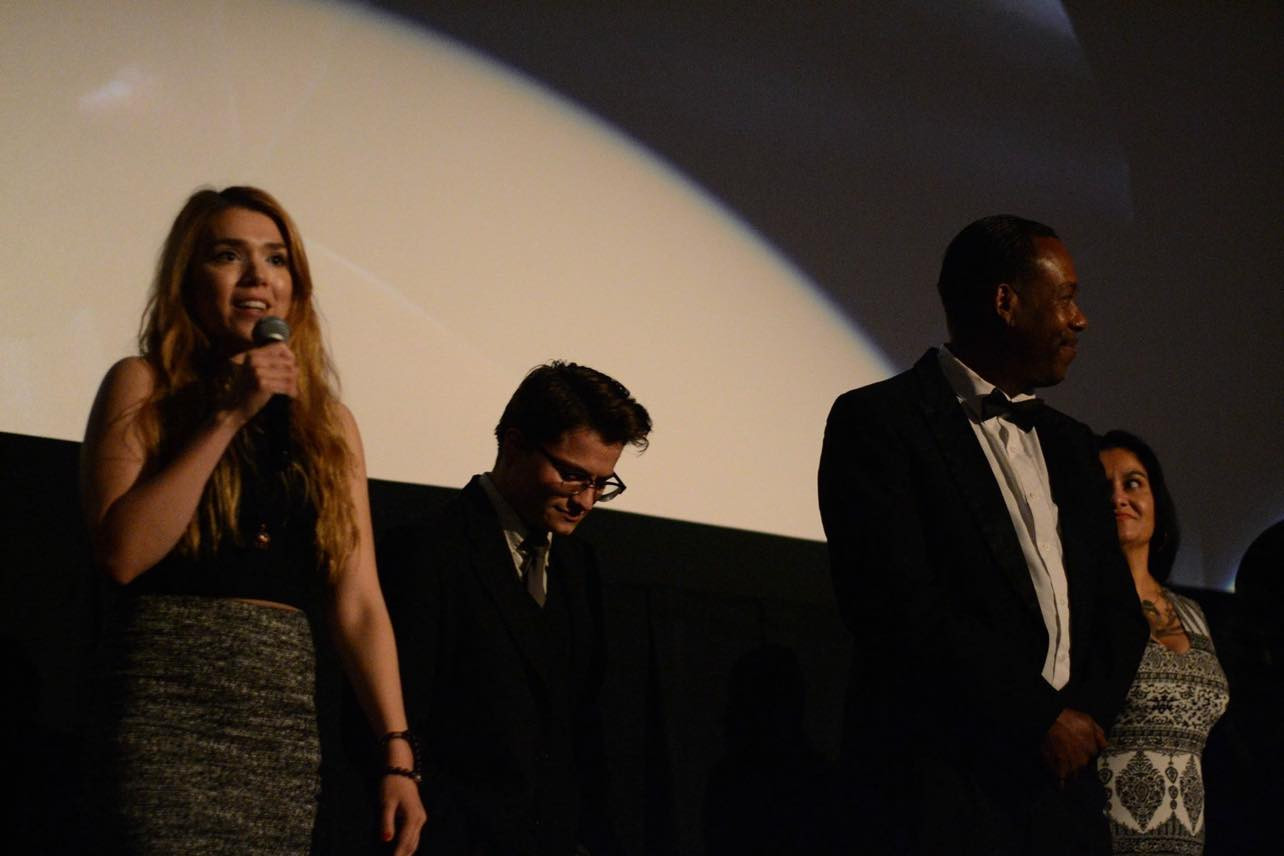 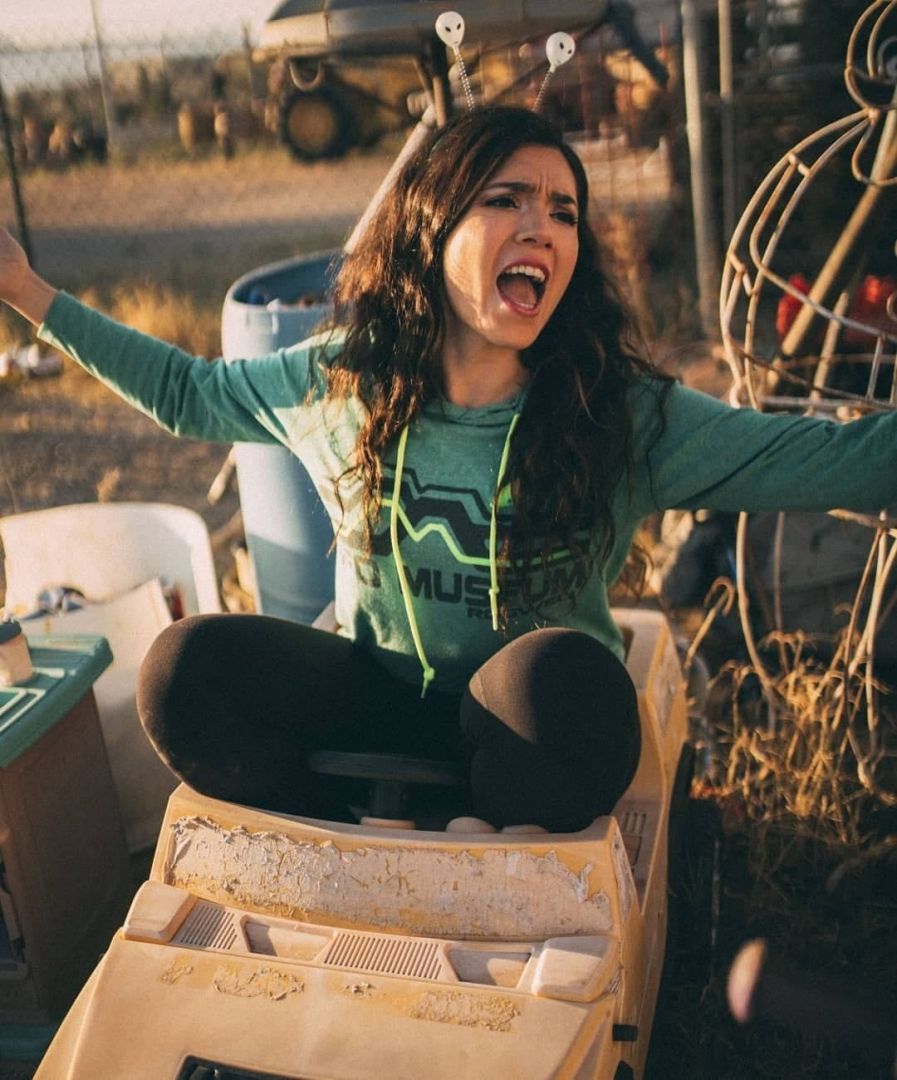 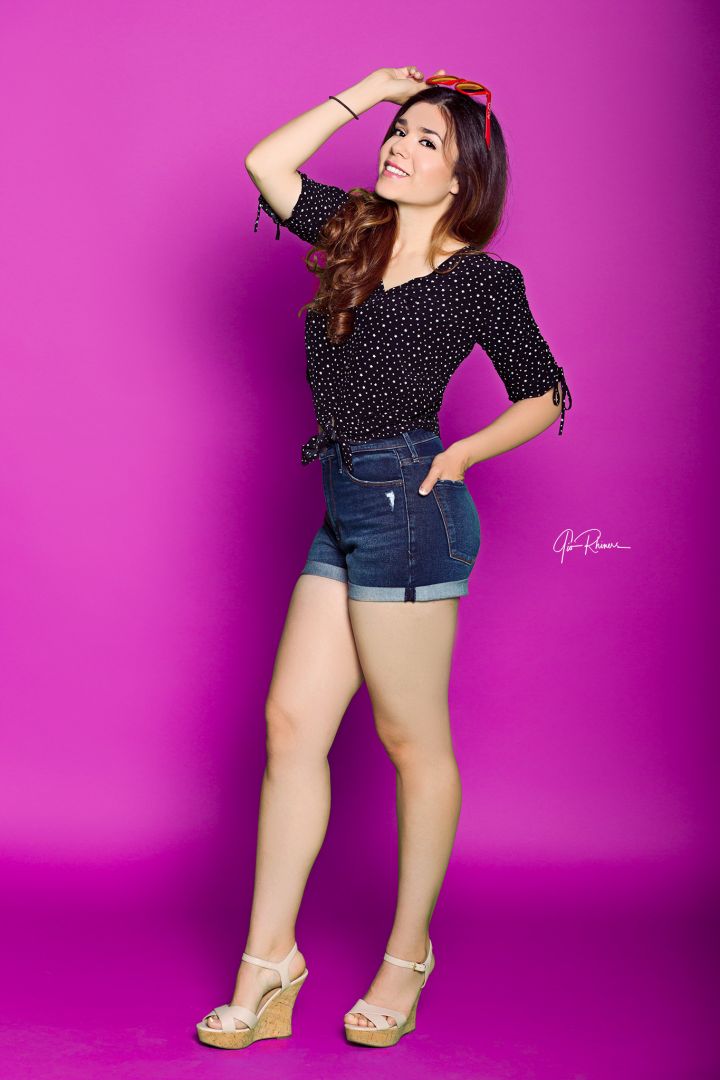 Shoutout is all about shouting out others who you feel deserve additional recognition and exposure. Who would you like to shoutout?
My dad loves jokes. He came to the US came from Mexico and became one of the first IBM tech guys for the very first PCs. As I am sure you have experienced in your life, everyone is in a pretty perturbed when their computer is not working like it should. My dad would learn jokes to have ready when he showed up to a site. He changed the mood from being upset that the tech guy was coming, to looking forward to the jokes he would have to liven up the office for the day. Growing up, jokes were a way I could relate to my dad. Every time I had a good zinger, he would look at me proudly for being clever, even if the joke was at his expense (fat old guy jokes for days). My dad didn’t teach me Spanish, but he taught me the language of jokes and that’s a language that can break an iceberg and opened up doorways for me. Being a standup comedian is a mini dedication to him.