We had the good fortune of connecting with Jeremy Long and we’ve shared our conversation below.

Hi Jeremy, we’d love to hear about how you approach risk and risk-taking
My career is based, almost solely, on risk. The risk of bombing. The risk of offending. The risk of trying new material. These are just a few of the risks that the job of a comedian – my job – undertakes every night that they are in front of the mic. The more I risk, the better my success. Born and raised on the east coast, I began performing comedy professionally at age 17, a pretty huge undertaking for someone still in high school. The decision to choose a career in comedy, itself, is a major risk. Will I be funny? Will people like me? Can this sustain a living? These are just a few of the questions I asked myself as a teenager entering young adulthood, with a passion for a career in the arts. Throughout my college years, I watched my career slowly blossom, and my decision to pursue comedy was beginning to pay off. It was around this time that I discovered my love of writing. Screenwriting, specifically. Writing, in any form, is an equally risk taking decision to pursue, much less as a profession. Any career choice that involves you taking a piece of yourself and putting it out there for the world to critique, is one of major risk. By the time I flipped the ol’ tassel, I had written numerous feature length and short form screenplays, and I was confident of what my next move had to be. Having traveled the circuit on the east coast, one of my biggest risks came in January of 2015 in the form of moving to Los Angeles to pursue comedy and writing full time. Since this decision to move cross country, my career has had several successes that I never thought would come true. Prior to Covid, I performed regularly at legendary venues, such as The Comedy Store, The Hollywood Improv, and the Laugh Factory; sharing the stage with the likes of Adam Sandler, Andy Dick, and Ali Wong, among others, I recorded a live comedy special for Amazon Prime. I wrote, directed and produced three short films, one of which won at the Global Shorts Film Festival. And, perhaps my greatest achievement to date, I wrote a feature film screenplay that got made and distributed. Clickbait, a horror/satire film about he dangers of internet stardom, won several awards across the festival circuit and is now available on BluRay, DVD, and VOD everywhere. None of these successes I just listed would have ever been possible without the initial risks I made over a decade ago, and the risks I continue to take on a daily basis. 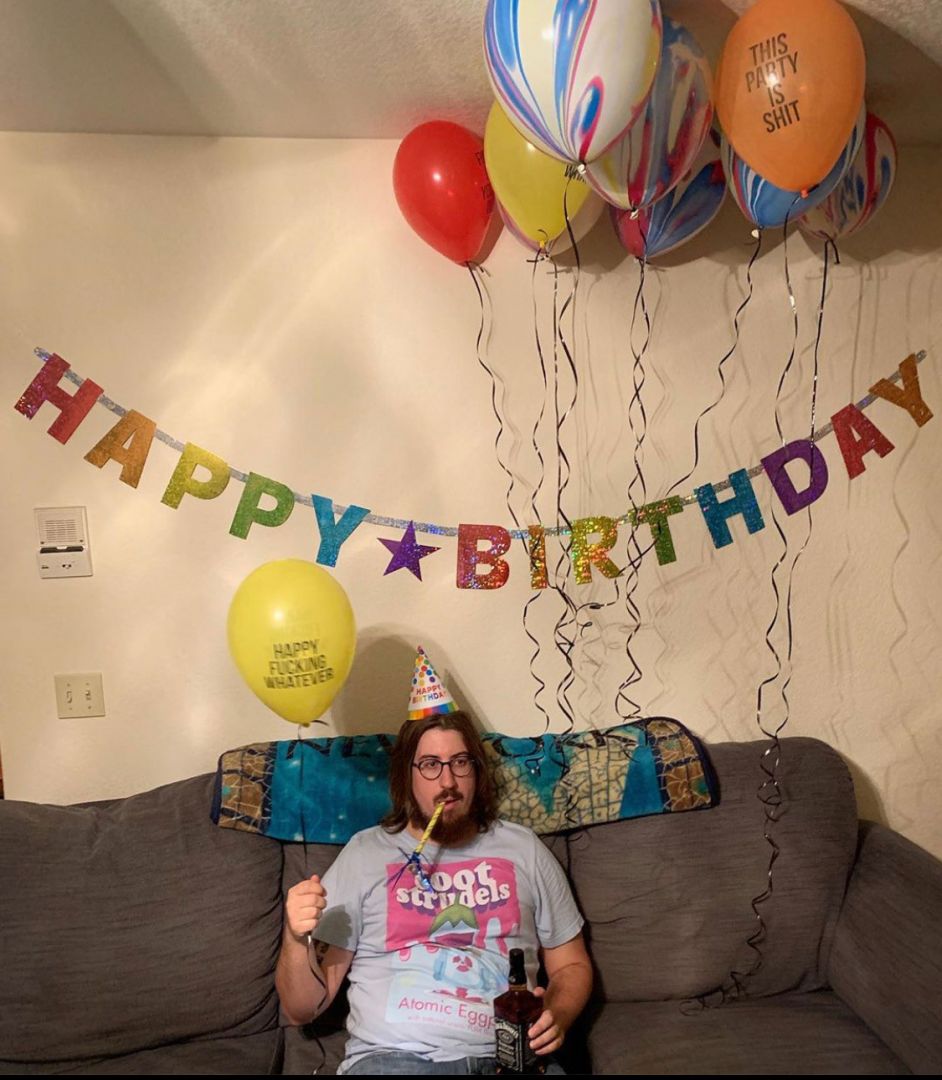 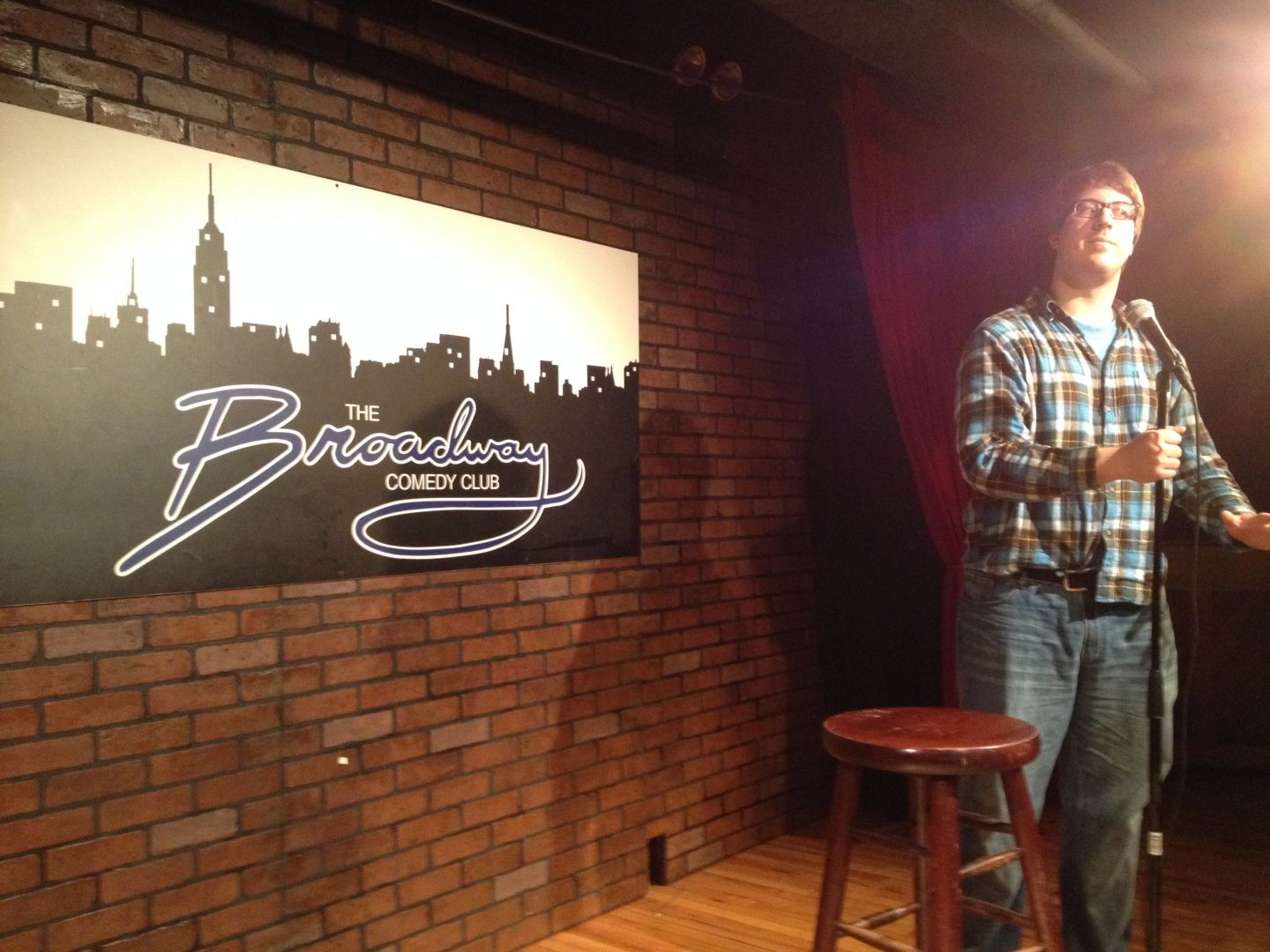 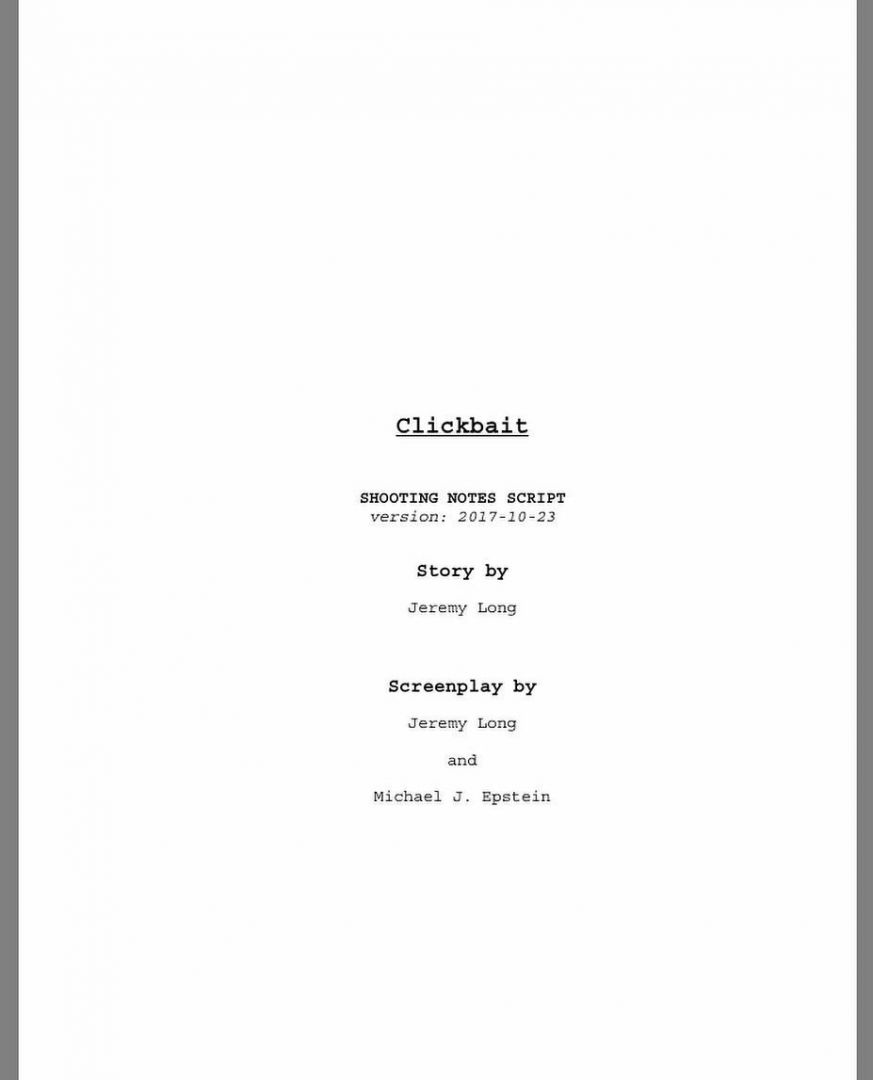 Let’s talk shop? Tell us more about your career, what can you share with our community?
Well, I believe I partially answered this one in my response to the first question. I am a writer and stand-up comedian living in Los Angeles, California. What sets me apart from others? Honestly, I am a lot like everyone else. I’d like to think I am a pretty damn good writer, but there are so many amazing screenplays, shows, and novels out there already. I believe I am pretty funny, but so are a lot of other great comedians. I was going to answer that I am full of enough drive and determination to make my dreams into a reality, but a lot of people say that. What makes me different is that I am the only Jeremy Long…except the Asian male porn star Jeremy Long. There’s him too. I also believe I already answered how I got to where I am today; I took a lot of risks. Of course, there is a lot more involved than just that. A lot of luck, being in the right place at the right time, and amazing people helping out along the way. Plus, a sprinkle of tenacity and passion to barrel through any obstacle that got in my way. Was it easy, you ask? No. Absolutely not. I don’t believe any path in a career in the arts is easy. Unless you are born into it, and even then, those people have their own sets of challenges. If you wanna be a lawyer, you go to law school and you’re good. Creativity is so subjective and that is what makes it so difficult to break into. Well, that and the fact that the competition is so over-flooded. No, one does not chose a path in the creative if one wishes to simply coast. It is a hard journey. A journey full of many twists and turns, road blocks and people telling you you’re never gonna make it. But, it’s more than just reaching your destination, that journey is part of the excitement. Not to mention all the hitchhikers you pick up along the way. Aside from my passion to succeed, there are also a lot of small victories and little moments throughout my journey that remind me of why I am on this road trip to begin with! 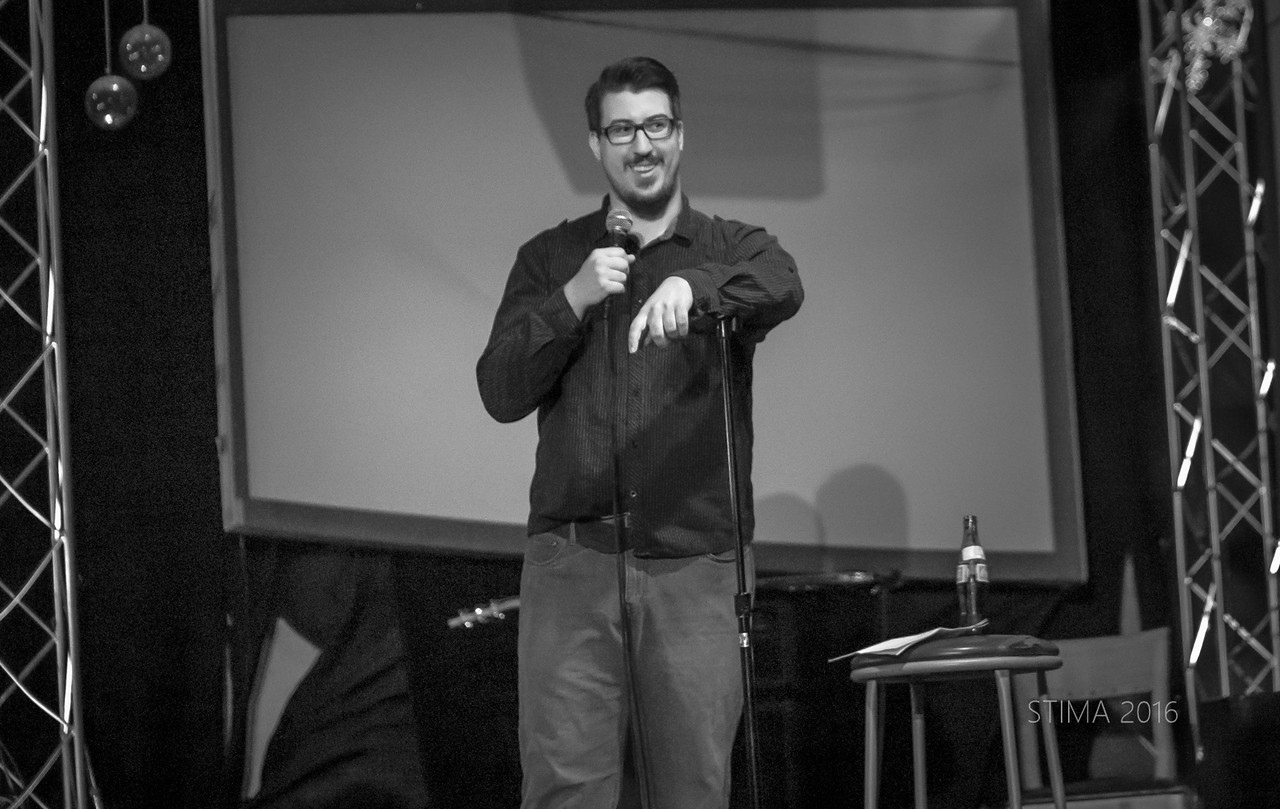 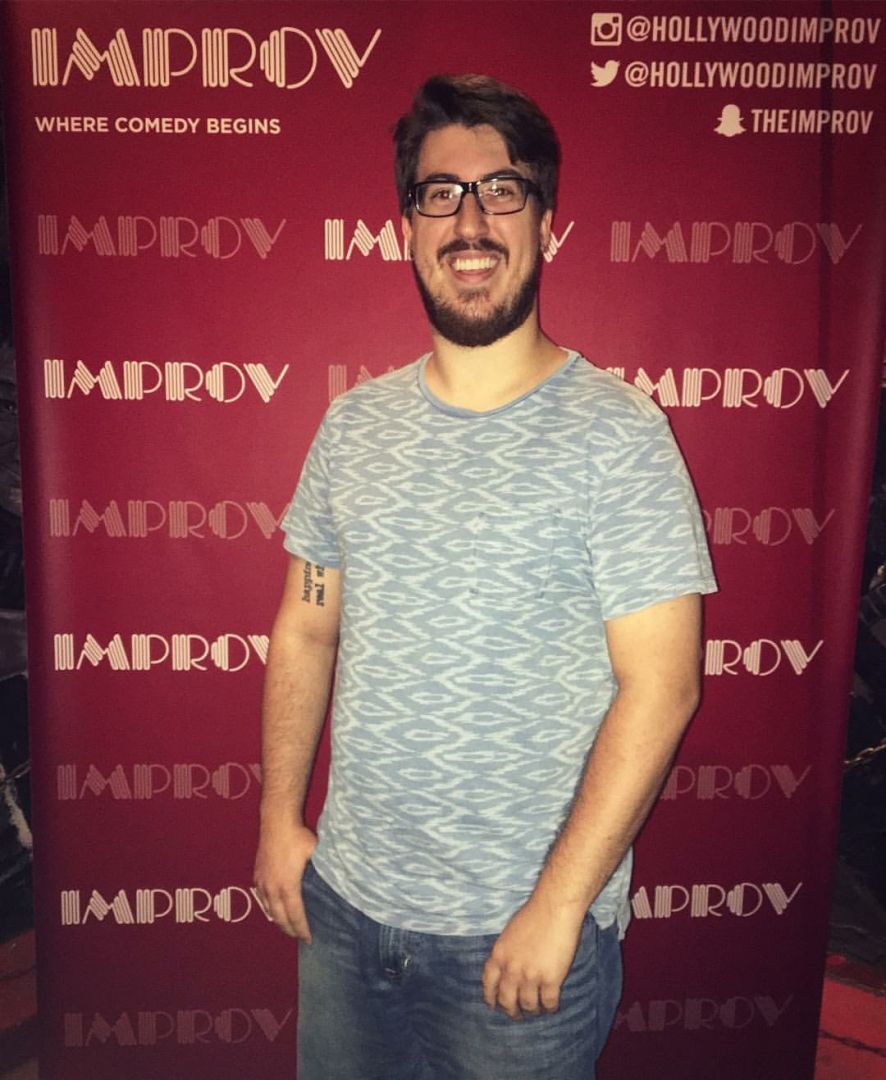 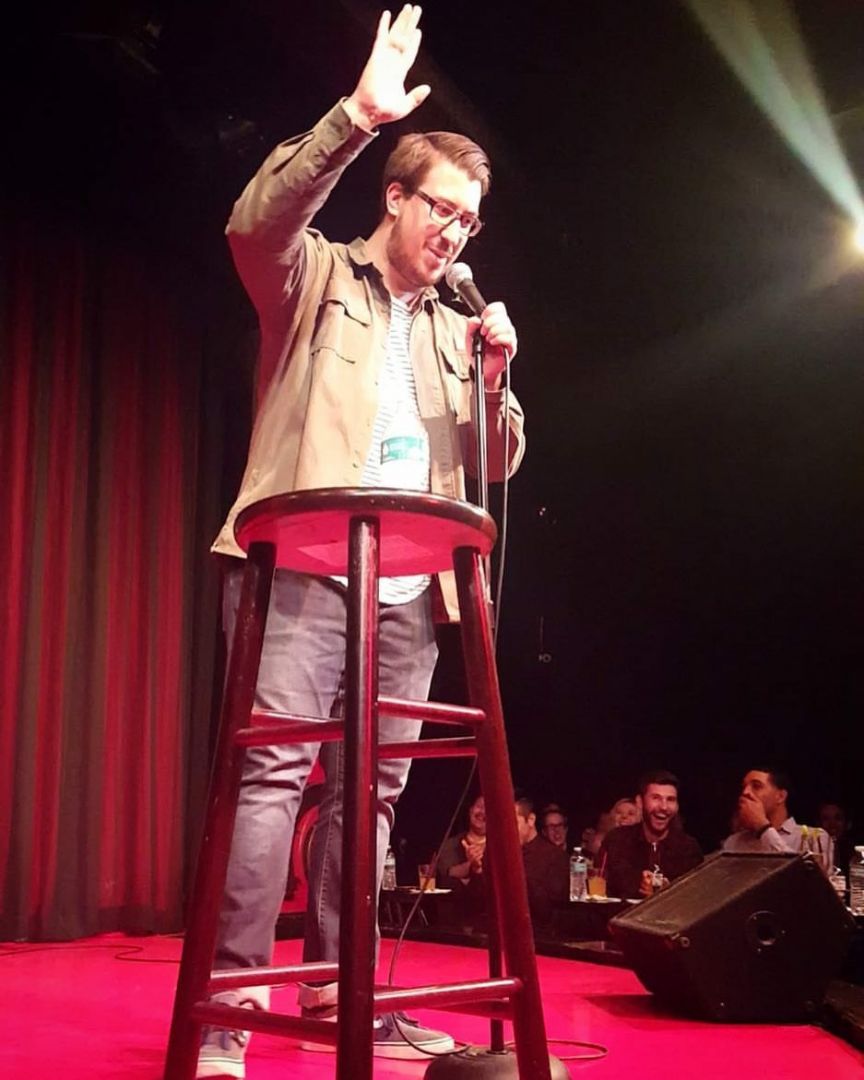 Let’s say your best friend was visiting the area and you wanted to show them the best time ever. Where would you take them? Give us a little itinerary – say it was a week long trip, where would you eat, drink, visit, hang out, etc.
Who am I, William Shatner? Suddenly this interview turned into Priceline. Just messing with ya! It’s still me, Jeremy…from hotels.com. I’m not going to plan a whole week because I don’t think I have that kind of mental capacity right now. Plus, I am more of a go with the flow kind of guy, anyways. You know, grab an eight-ball, drive to Vegas and see where the week takes us! I’m just messing again. But, I will tell you some of my favorite spots in the LA area. Food wise, I have so many people to thank for showing me such great little restaurants when I first moved here. My favorite breakfast spot is this little place in Sherman Oaks that my buddy Kimo showed me called Nat’s Early Bite. I have and will continue to take everyone who visits there, at least once. “If you are looking for good wings, you must try a little joint called Hot Wings Cafe, which my pal Grant showed me. Best wings I’ve ever had. For burgers, I have a pretty extensive list – The Counter in Noho and Crazee Burger in San Diego, just to name a few. However, my favorite burger place in all of LA is this little hole in the wall in Pasadena that my pal Vince showed me called Pie N Burger. Just in case the name didn’t give it away, they only sell two things; pies and burgers. It looks like something straight out of the 50’s and they make everything from scratch, even the sodas. Their burgers are mouth watering and their pie is to die for. Lastly, if your looking for a good sub and/or a great place to just gorge yourself and regret it later, you gotta try Fat Sals. They will put anything, and I mean anything, on a sub. For example, I like to order the Fat Jerry (a classic), which consists of thinly sliced rib eye steak, grilled onions, melted american cheese, chicken fingers, mozzarella sticks, crisp bacon, fried egg, fries, mayo, ketchup, and salt & pepper all on a hero. I can feel my arteries clogging just typing that sentence. It’s a real great place for hangovers and break ups! Other than food, here are some of my other favorite places that I used to like to go to in LA, prior to the apocalypse. Amoeba Music is a staple here in LA – a giant warehouse record shop that sells movies, music, books, and so much more. Plus they do their own live shows there! I used to spend hours there! So many amazing comedy clubs around LA to go to for a guaranteed great show and plenty of laughs any night of the week. The Comedy Store, the Hollywood Improv, the Laugh Factory, Flappers and so many more. Arclight Hollywood is the best place to catch a flick with amazing visuals and sound quality right on Sunset Boulevard, especially if you are lucky enough to see it in the Dome. And lastly. I have a secret spot that I like to go to (and sometimes take people to), that has an amazing view of the entire city. It is a great place to go and clear your mind. However, I can’t tell you where it is, because then it wouldn’t be a secret anymore, silly! 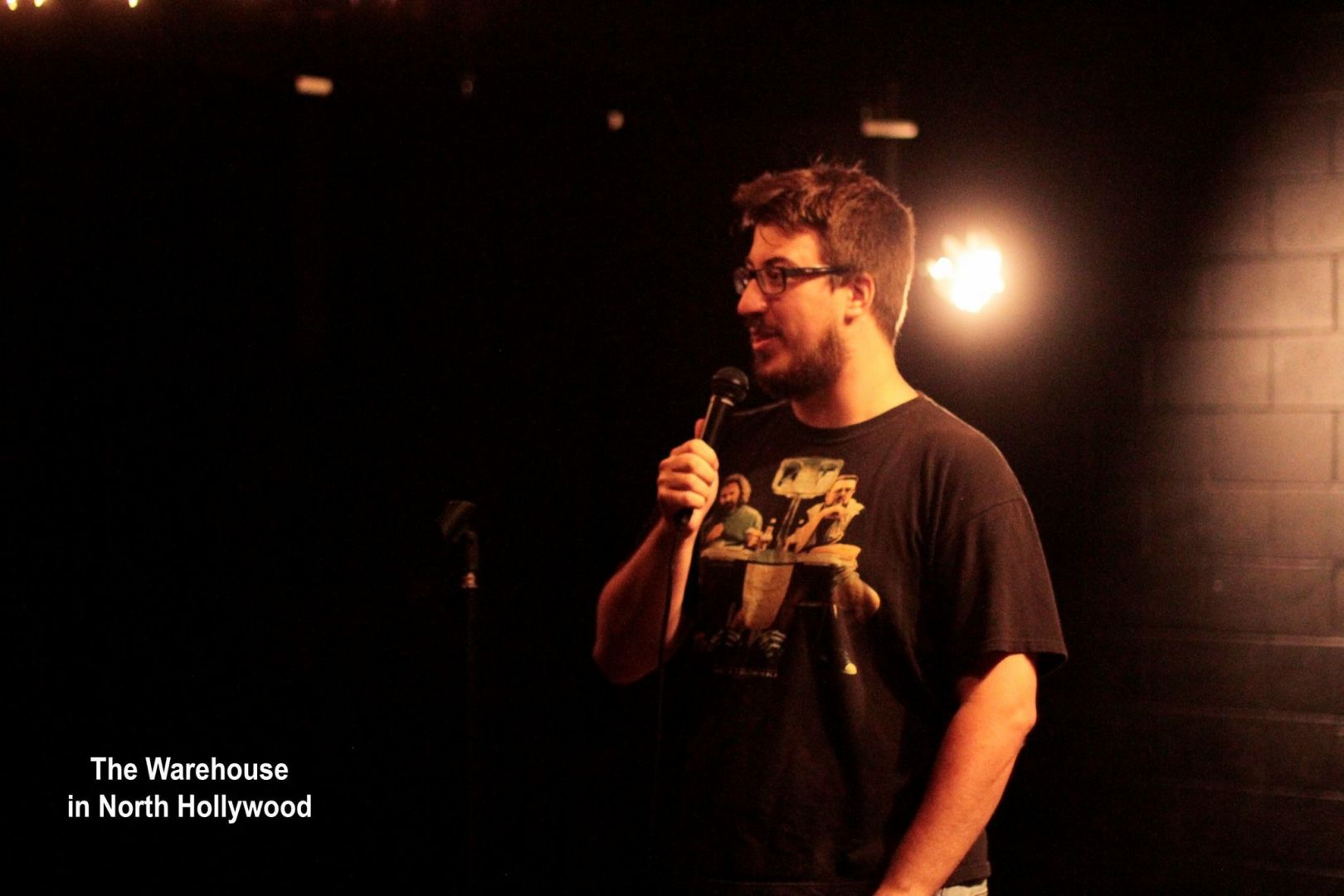 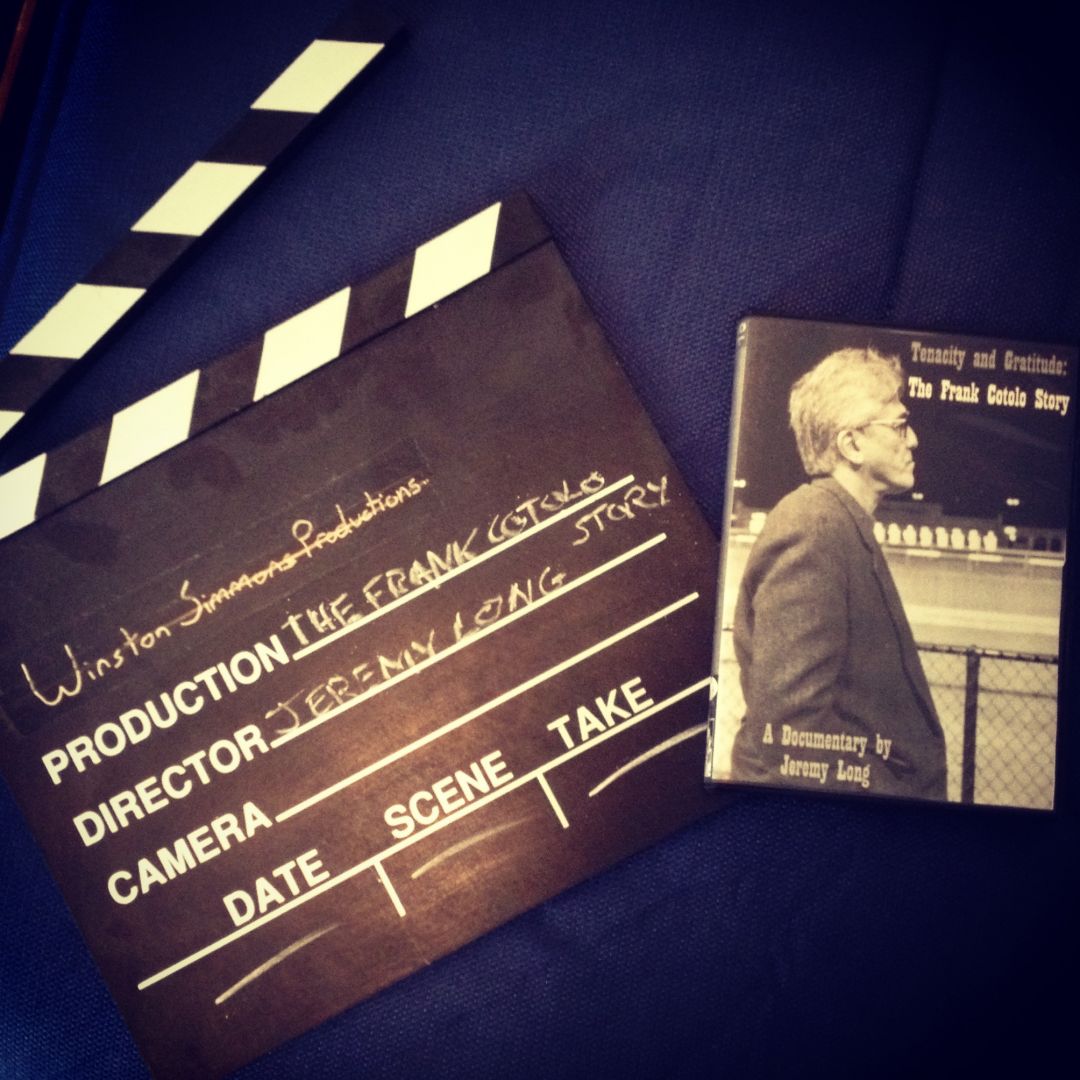 The Shoutout series is all about recognizing that our success and where we are in life is at least somewhat thanks to the efforts, support, mentorship, love and encouragement of others. So is there someone that you want to dedicate your shoutout to?
There are many people, places and things that have helped me out along my journey to to where I am currently in both my life and my career. However, one person who deserves a special shutout is my comedic mentor Frank Cotolo. As a professional joke writer, Frank has written for many of the great comedians of the 70s and 80s, before becoming Wolfman Jack’s head writer and on air partner, under the pseudonym Mars Cotolo, until the day Wolfman retired. Aside from his influential career as a joke writer for many great talents, Frank has written several books (both humorous and serious) as well as hosted his own podcast, Cotolo Chronicles, for almost 20 years. When I first met Frank, back when I began my career in stand up comedy, I remember the conversation being both helpful and inspirational, but not one that I expected leading to a mentor type relationship. Rather a one off conversation to help a young kid with big dreams as a favor to a friend. From what I recall, it wasn’t until the first time Frank saw me perform comedy that he saw, with a sparkle in his eye, the beginnings of a potentially great career. Perhaps he even saw a little bit of himself. Whatever it was, from that day forward we grew closer and closer, both professionally and as friends. Before long we were doing shows together, working on projects and I even became the co-host of his weekly podcast. I have learned so much from Frank over the years that I can not imagine how I would ever repay him. That is just a common expression, of course, as Frank isn’t getting his greedy hands on any of my money! However, I attempted to repay him, just a bit, by producing and directing a documentary all about his life and legacy. Tenacity and Gratitude: The Frank Cotolo Story is now available on DVD.