We had the good fortune of connecting with Jeremy Scippio and we’ve shared our conversation below.

Hi Jeremy, how do you think about risk?

Low risk low reward, I’ve always been taught that. So much so that it is embedded in my thought process daily. I even get to the point where if I make a low risk decision, it haunts me. I enjoy taking the road less travel. It could be the challenge but I feel like at this point in my life, most major decisions where I risked it all, benefited me the most in life.

I do ponder over opportunity costs. They say never have regrets but I do. I regret every situation I didn’t give 100% or failed to put myself in a better situation. I wish I would have started comedy sooner. I went to a performing arts school and had all the resources in front of me. I knew I wanted to do it but didn’t try because I didn’t want to risk the embarrassment of failing. I did major in Visual Arts and Jazz Piano during my time there.

It doesn’t apply to all areas in life. There are things I am very conservative about and I am proud of it. For example, I’m not into extreme sports for risk of injury or skydiving because I enjoy the ground.

With comedy I’ve learned to push boundaries. I don’t feel like every comedian has to but the ones I admire do. It’s what I’ve come to enjoy most about the craft. Having an idea that isn’t based on popular opinion but forces the listener to re-evaluate their own decision making. Some people do not like engaging themselves in that way which can force them to project their insecurity on to you or others.

The idea of risk varies from person to person. What’s risky to one person may not be as risky to another. Some people think it’s a big risk to leave your hometown and pursue a new career in a new city and /or country. I believe it’s riskier to stay because, there is a whole lot of world out there and a whole lot of opportunity to just brush off in favor of familiarity, tradition and/or comfort.

Sometimes it’s in your best interest to leave a job. No matter if there’s no immediate issues with your work environment or pay. If there is no potential for growth then you could become stagnant. Sometimes it’s better to take a risk and invest in yourself and your ideas rather than work for someone else. I’ve had to choose my own career over decent paying job several times.

To me, if you’re comfortable you’re not growing and being too comfortable is a risk I am not willing to take. 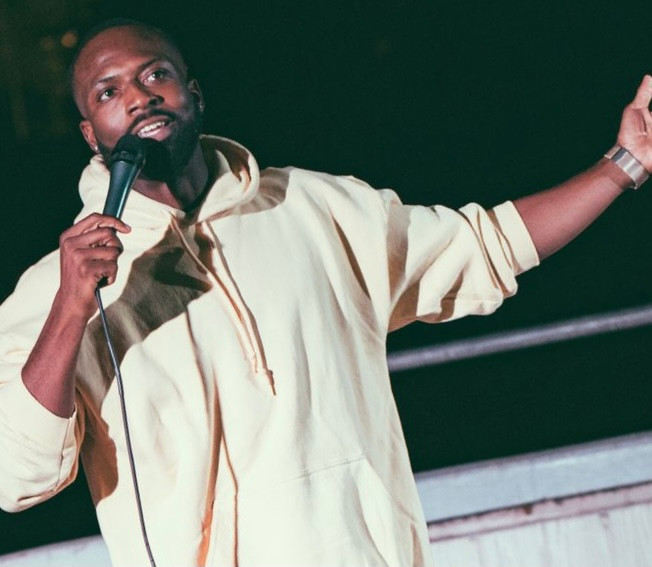 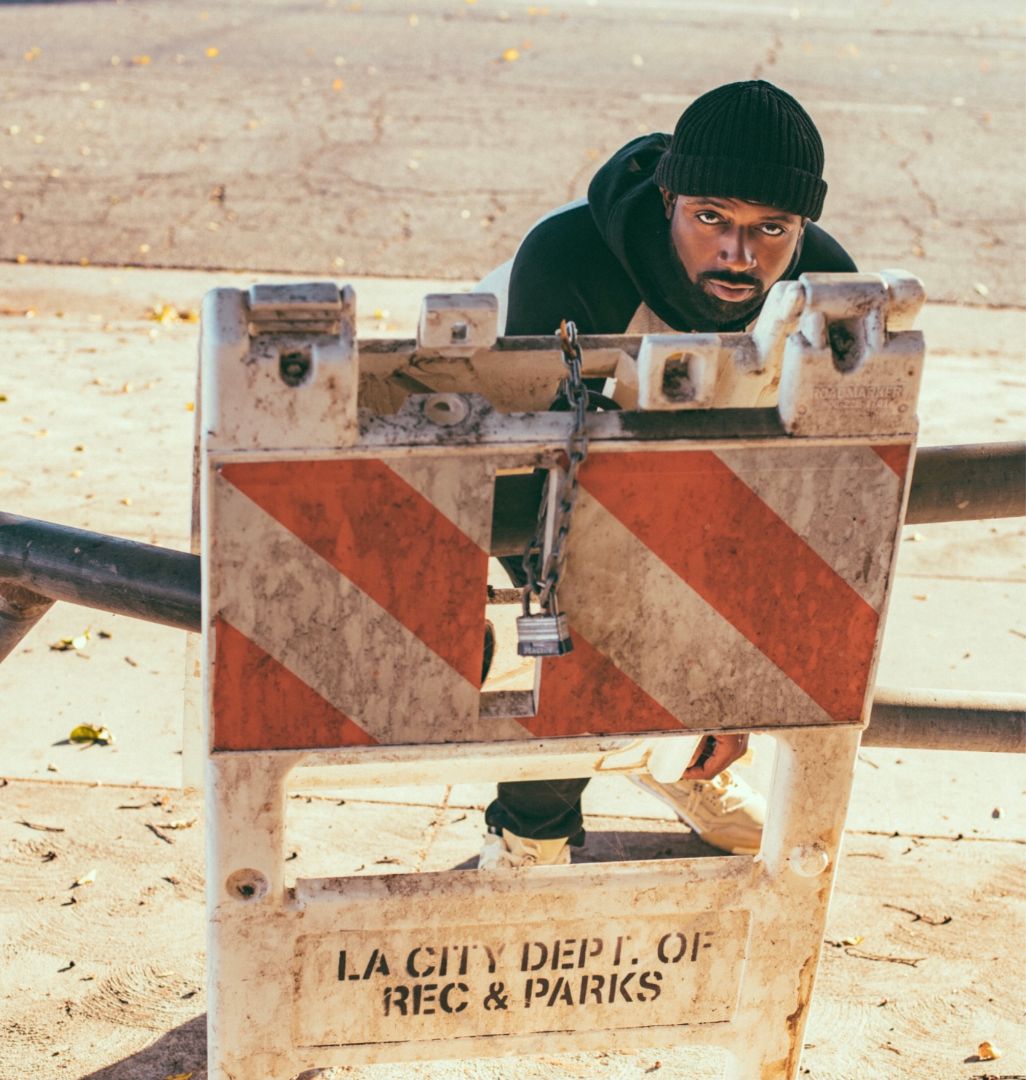 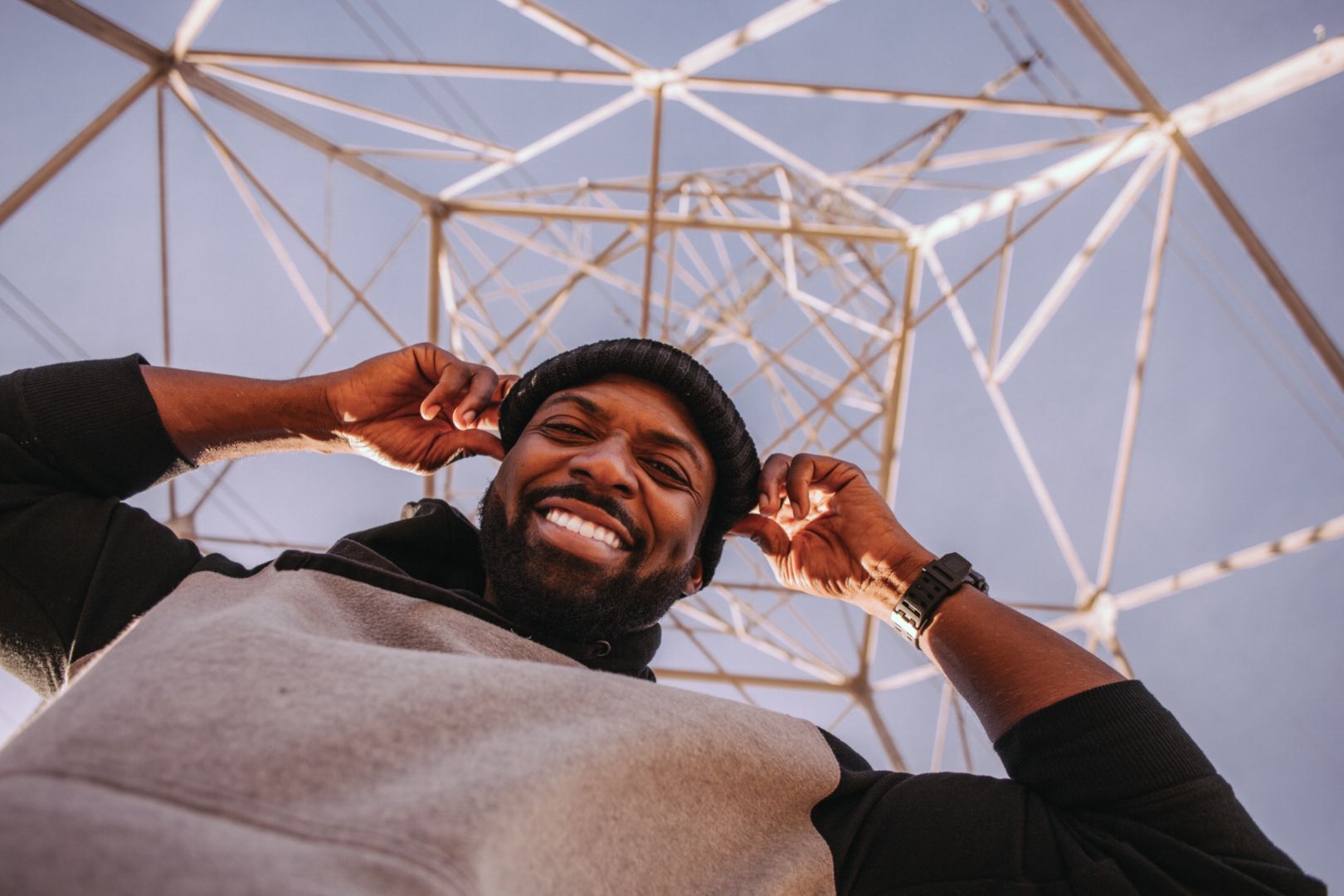 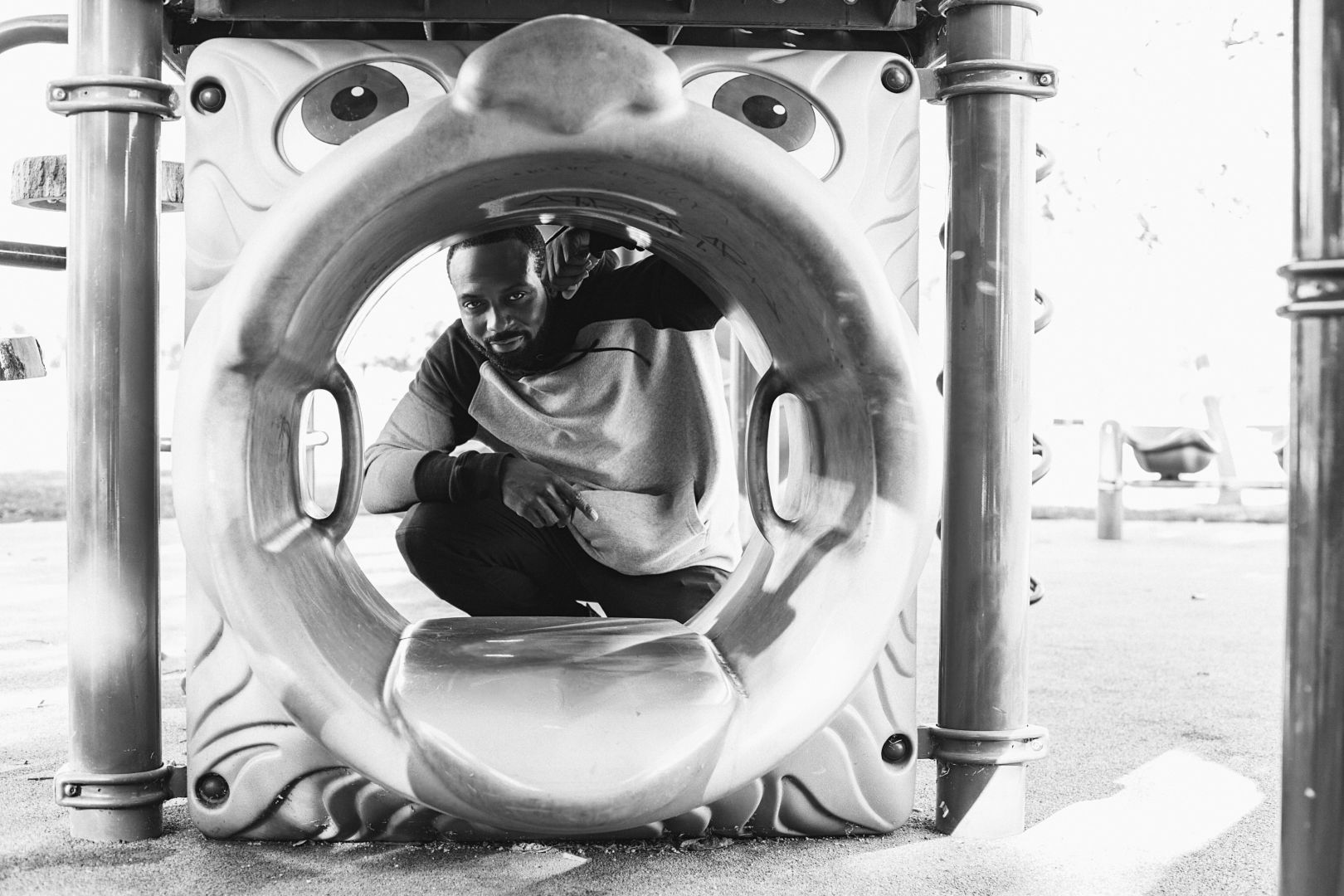 I always tell people that I was never the class clown and I despise any comparison to that idea. I was more attracted to the philosophical side of stand-up comedy. It intrigued be in away that no other craft has managed to. I believe it is important to find a career where you can make money being yourself.

I’ve always questioned societal norms that we just accept culturally but logically doesn’t make much sense. Like, “Why do you park in a driveway and drive in a parkway?” (only one I can think of at the moment lol), but I just couldn’t find a career where I can express such ideas freely other than stand-up comedy.

I feel most comedian prioritize jokes and focus on what the people want to hear. I prioritize my ideas and concepts. I’m sure others do, it’s just very rare to hear people wanting to explore the depth of a concept in fear of losing the audience. I will admit it can be a risky approach to the comedic format but when it hits… it hits hard.

I love exploring the truths behind history and incorporating that into my set. Taking an idiom and flipping the meaning or being very literal about a phrase is probably my favorite thing to do.

The process of stand-up comedy helps you deal with insecurity. If you don’t deal with the different aspects of your insecurity, it can leave you vulnerable. Being on stage, alone, and things you say into that microphone tells a lot about what’s going on inside of you. Confronting those ideas makes you an amazing comedian in my eyes.

They say doing stand-up comedy is like going to therapy. I don’t necessarily agree but I do feel like there are very therapeutic aspects to the craft if you’re doing it right.

It can be hard to incorporate other aspects of yourself or talents into stand-up. For example, I do visual art and play piano but I have yet to fully cross these idea with my set. It could be that I don’t feel fully accomplished in the stand-up field enough to start juggling more or it could be that I haven’t fully expressed myself in words yet.

I’ve learned that I had to step up and provide world with more of a message. I had to learn to be more confident with the ideas I want to convey and become the hero that I want to see. I want my words to live longer than I do.

If you had a friend visiting you, what are some of the local spots you’d want to take them around to?
– Runyon Canyon
– Sweet Chick (Instead of Roscoes)
– Universal Studios / Citywalk
– Santa Monica Pier
Pretty much any place in LA that a rapper has spoken about.
– Every comedy club in the city 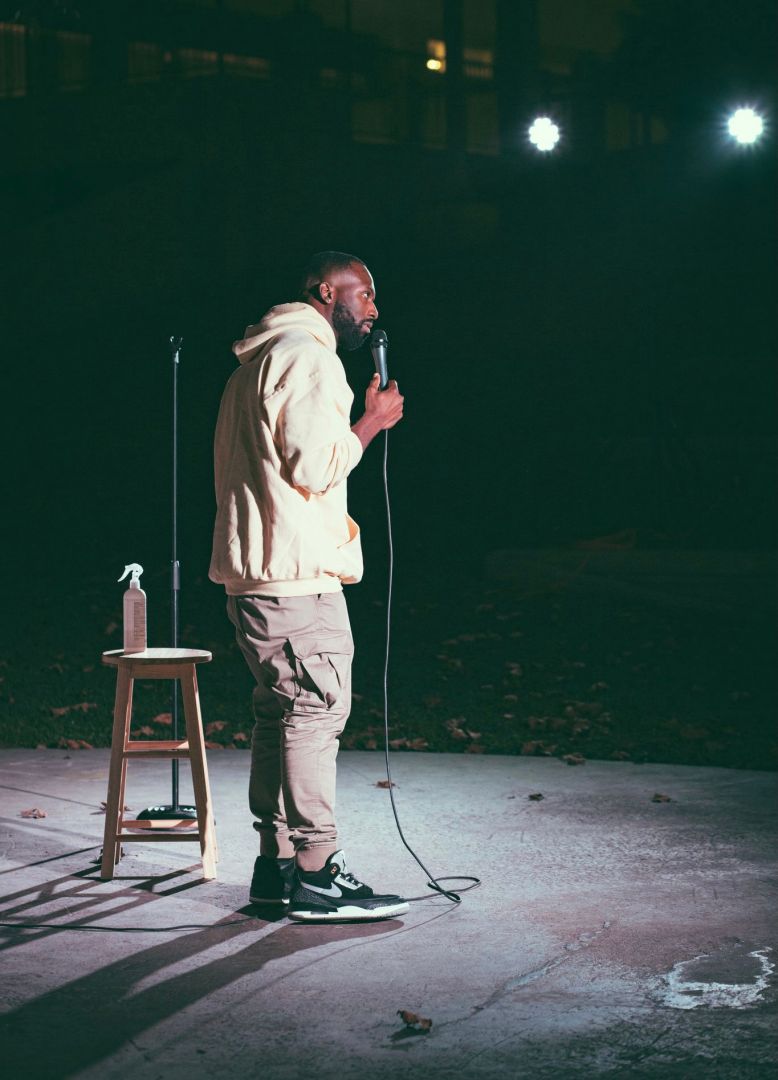 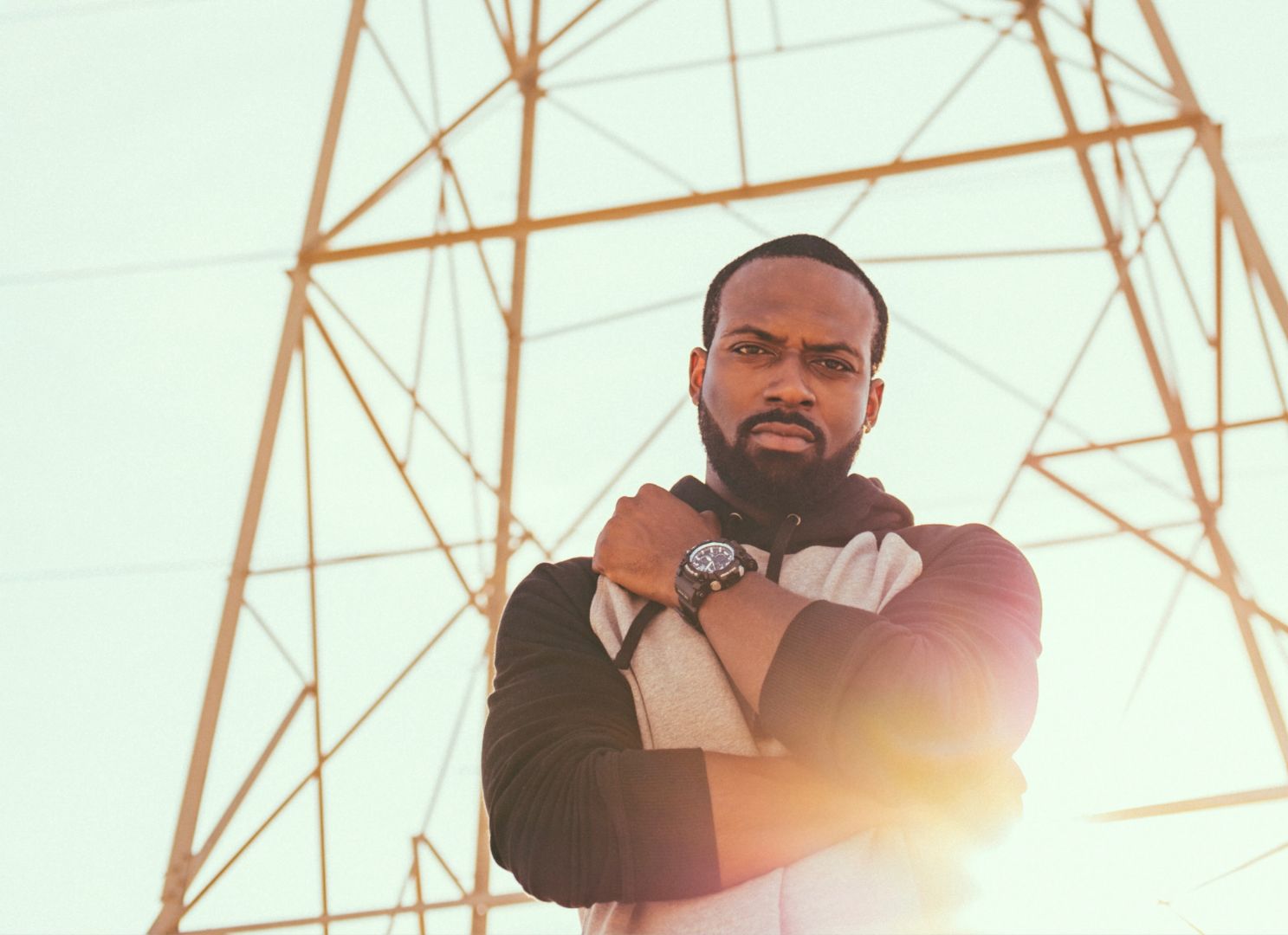 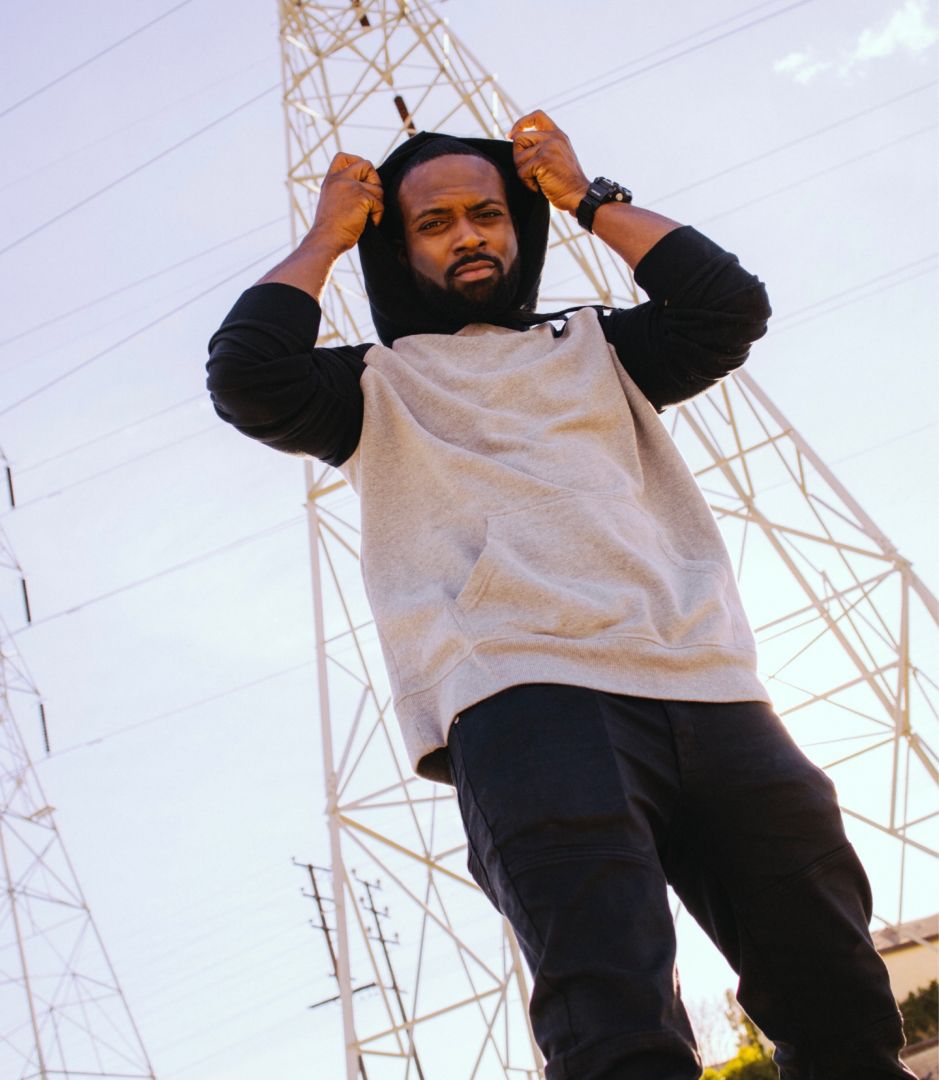 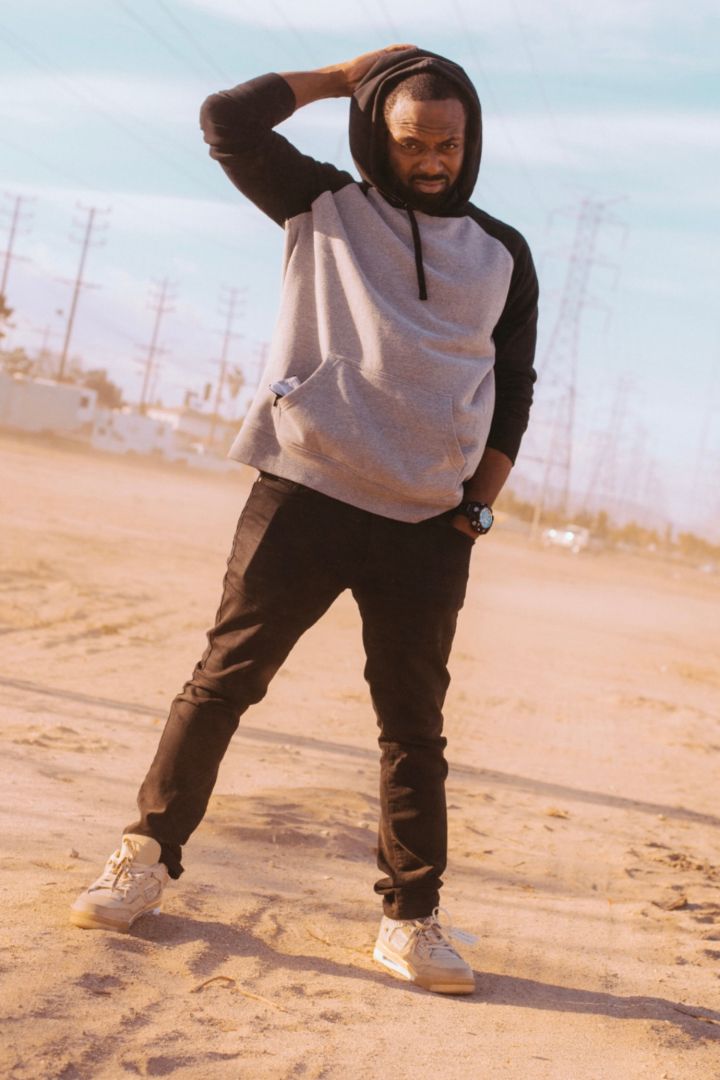