We had the good fortune of connecting with Jerome AB and we’ve shared our conversation below.

Hi Jerome, every day, we learn about how much execution matters, but we think ideas matter as well. How did you come up with the idea for your business?
My current practice involves synchronizing the conversation between movement and spatial design, empowering the voices that don’t always get their chance to shine in these respective fields. My background is in architecture, and through this I have been able to work as an architectural, set and interior designer. I was blessed to have found opportunities for employment at smaller design practices where I was able to get my hands dirty in all aspects of the business. But my inner artist craved a different type of outlet. It wasn’t until I was practicing in New York City that I had a sort of mid-quarter life crisis watching a performance at a DIY space in Brooklyn. I found myself in tears, moved by the expression. After years of pursuing the budding dance scene of the borough, I found myself embedded in dance by night, wearing my architecture hat by day. As a dancer, I wondered why the choreography wasn’t an integral part of the conversation when sets were being designed. As a choreographer, I was all too used to being brought in to a project as kind of an after thought. I had the opportunity to work in proximity to large productions for shows as a designer in Los Angeles and felt an opportunity to finally bring these two disciplines together. I went out on my own, taking production gigs here and there, learning the terrain of show production. As I got my name out there, people started reaching out to me to choreograph for music videos, editorial shoots and the like. There were weeks where I was on a job building a set, another job handling production, and another in the studio rehearsing with talent. People told me I had to pick one, but to me, spatial design is a form of choreography, understanding how a body moves through and occupies a space. I find productions most successful when elements are able to come together symbiotically, influencing one another. Today I feel blessed to have the ability to pursue these passions in tandem, and learn from many talented artists and minds along the way. I’m always in a state of learning, which is why when I am on a job, I try and bring up others with me. Black and queer folk aren’t often allotted space for us to flourish, so I think it’s my duty to give back what has been afforded to me. I’m all about autonomous community organization – complimenting strengths and building together. 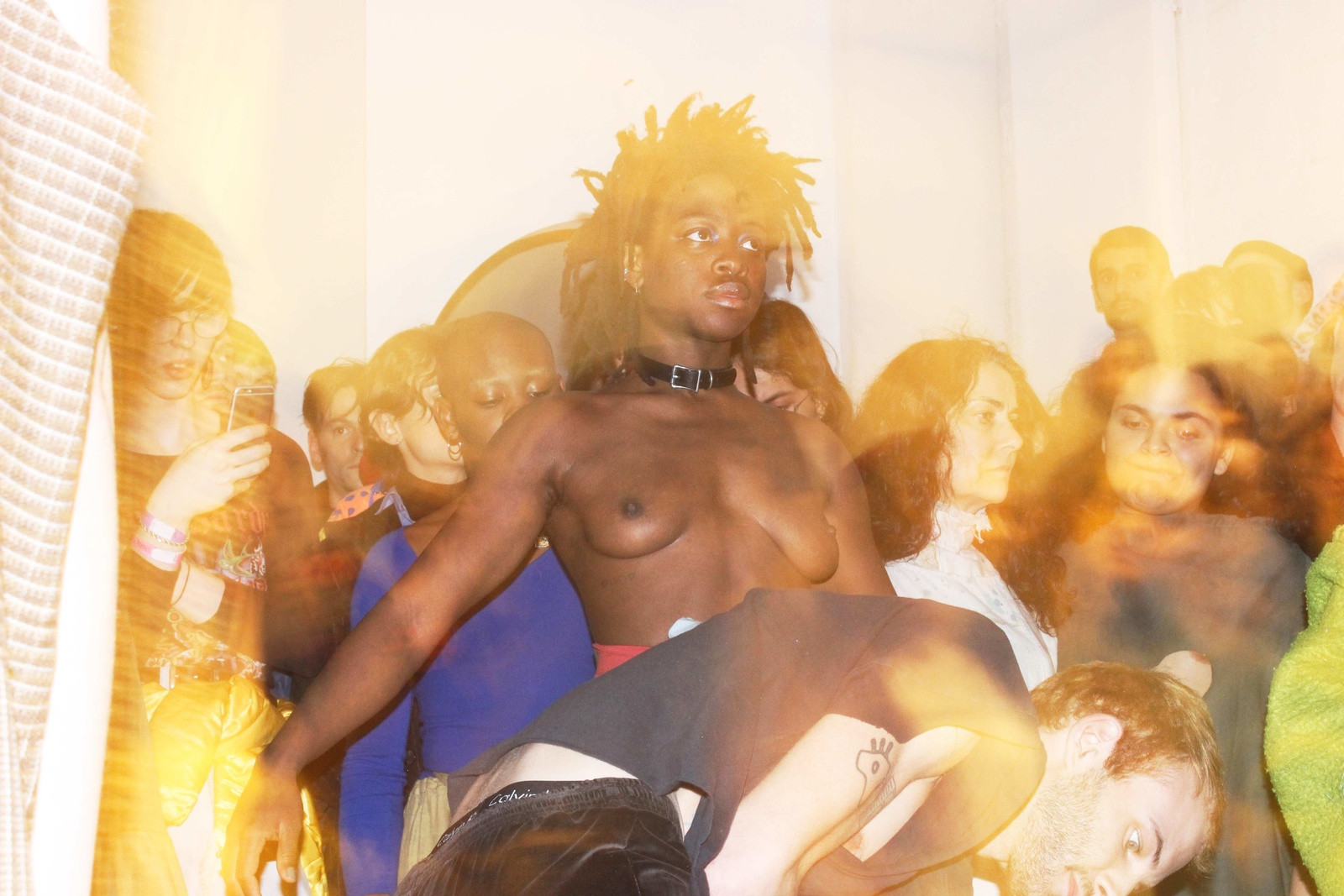 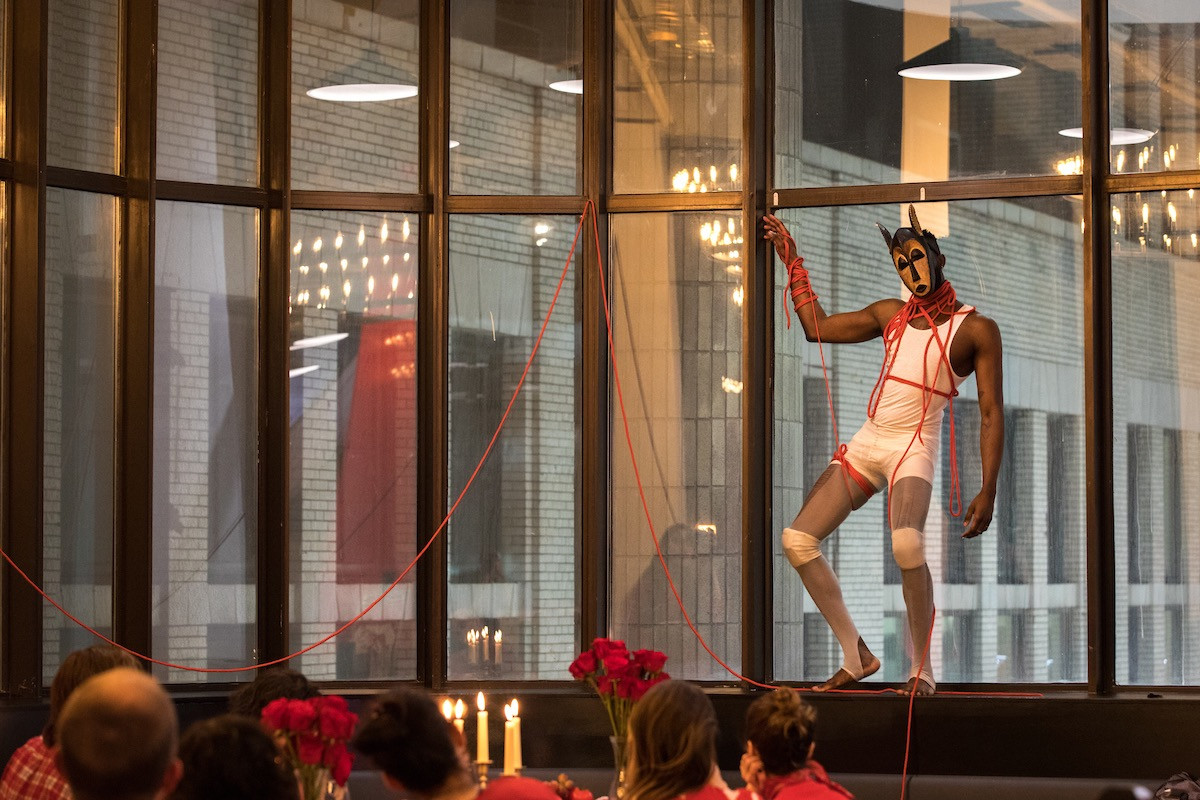 Can you open up a bit about your work and career? We’re big fans and we’d love for our community to learn more about your work.
Today I am lucky to work between architectural design and performance art, without having to choose one or the other. I did my undergrad in architecture and art history on scholarship, and immediately went into working in architecture and interior design. I supported myself through my undergraduate degrees and I knew if I were to go on to graduate school, I would have to fund that endeavor as well. I picked architecture because I thought if I’m gonna do this, I’m gonna go for the most difficult discipline that encompasses my various interests. That and because I come from a Kenyan household where being an artist just wasn’t an option. Still, I didn’t find myself entirely married to the idea of just being an architect, and couldn’t quite convince myself that it was a viable solution to commit to my mArch and resign myself to this life. The more I started to practice, the more I realized getting paid to learn wasn’t so bad of a situation. I struggled with a deep imposter complex starting out because I wasn’t one of the kids that toted my Harvard degree around, not realizing the breadth of practical work experience and education I had under my belt. The path I chose didn’t look as pretty, didn’t carry the same prestige. But I came to learn it was invaluable. Looking back on it, I wouldn’t have done it any other way. My path was organic, learning what did and didn’t work for me. I learned my strengths and how to finesse my weaknesses. I learned what I was passionate about and what made a work day feel like an eternity. Now that I have the opportunity to take on jobs that I enjoy, and not jobs that I desperately need to keep the lights on, it still is very fresh in my mind what it was like to be that young gay black kid that was just trying to learn, contribute and have his voice heard. While watching a music video, it may seem that the choreography is an integral part of the production, which it is, but that is not always reflected in the budget. So many choreographers, dancers, movement directors or performance artists are scraping by while working their asses off. There were so many times where I just was thinking to myself, this isn’t feasible, this is just a hobby. But then I look at my pursuits in design and the various scenarios I’ve been in where I was striving just to be taken seriously. To be seen as an equal. I dare you to name 5 black architects, 5 black interior designs or 5 set designers. These doors aren’t readily opened for us. So any chance I have to bring another black queer up, I am going to act on it. 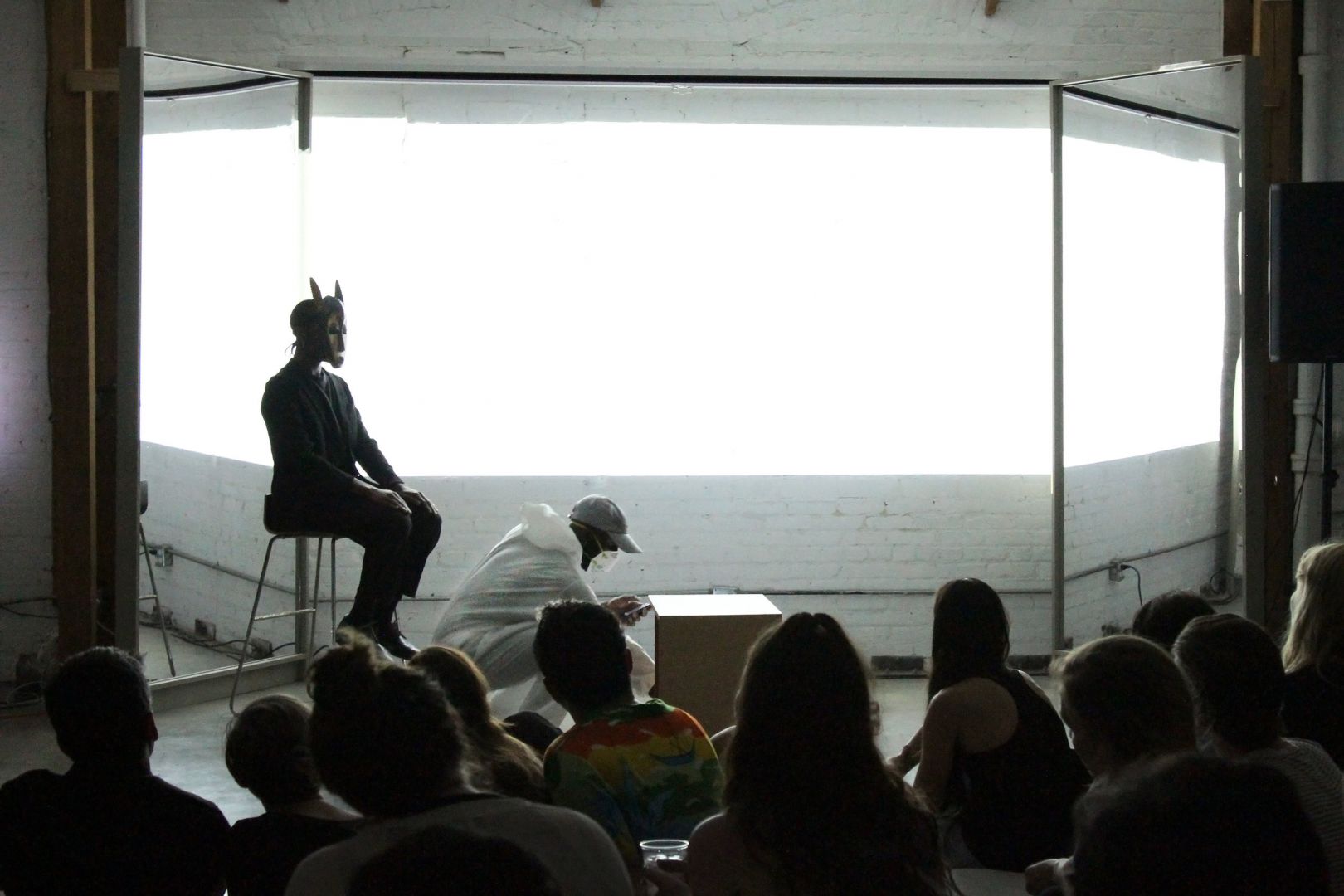 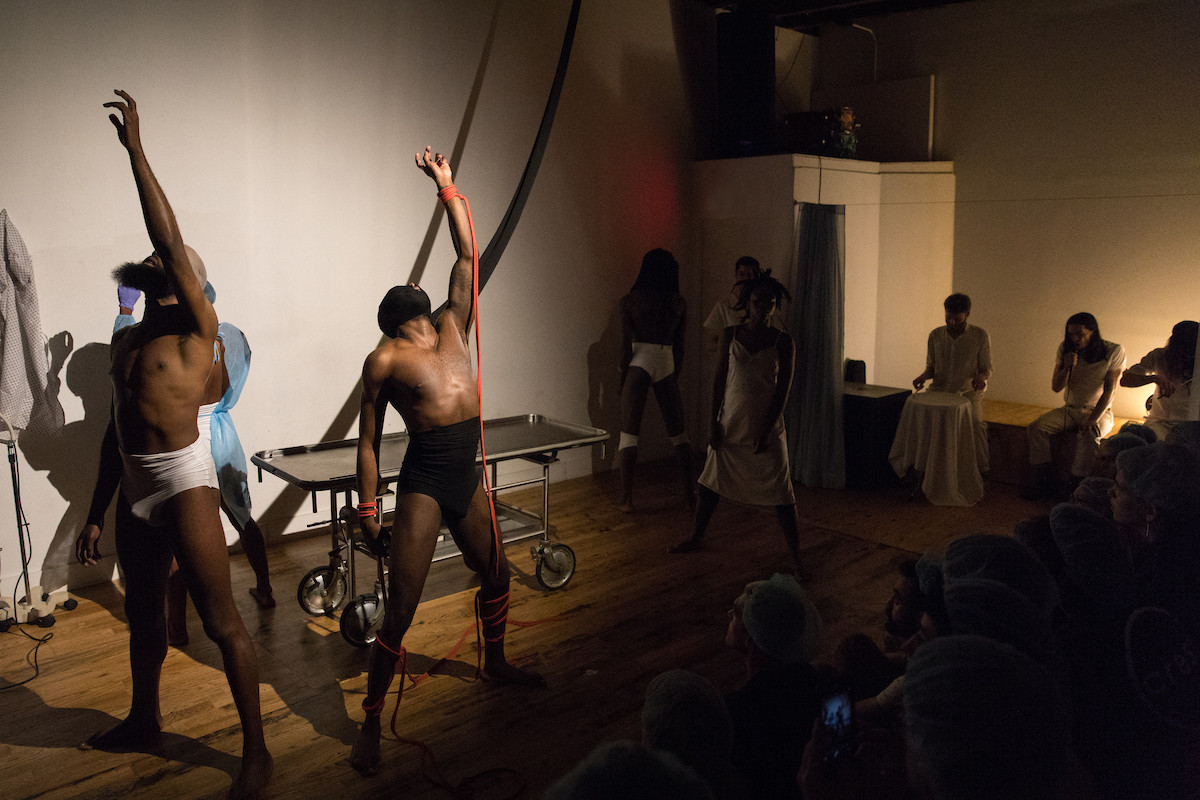 If you had a friend visiting you, what are some of the local spots you’d want to take them around to?
Well this is a tough question to answer during a global pandemic, but let’s give it a shot. I am currently, and to be quiet honest, have been since I moved here, obsessed with Taiwanese food. You will probably see me at Joy in Highland Park or Pine & Crane in Silver Lake at least once (or twice) a week. I also became a fiend for Korean BBQ, and I took a friend to Parks in Koreatown for their birthday before the pandemic and we left in the best food coma. I’m a sober dog dad so I don’t frequent bars but I do frequent dog parks! Obi Bear Kenobi’s favorite park is Alice’s Dog Park in Pasadena. It’s the least hectic dog park in our opinion and it has real grass which goes a long way for my fellow dog parents out there. I’m almost nervous to share this, but we do love Cleland Park because it is so quiet, there’s only ever a handful of dogs there, and that park also is completely grass. I also recommend checking out hikespeak’s dog-friendly hike guide, it’s almost overwhelming the amount of research there. I went on a date with another dog dad to Fern Dell Nature Trail which is nice because it’s short and cute, but if you are feeling adventurous, it continues into the Griffith Observatory Hike. You can get your nourishment and energy for the hike by hitting up Bloom & Plume Coffee first, and get your sweetie some flowers from Maurice next door. Before the pandemic, I loved going to performances at Navel downtown, I am still reeling from seeing Solange’s installation at the Getty, Human Resources holds a special place in my heart as well as Murmurs. 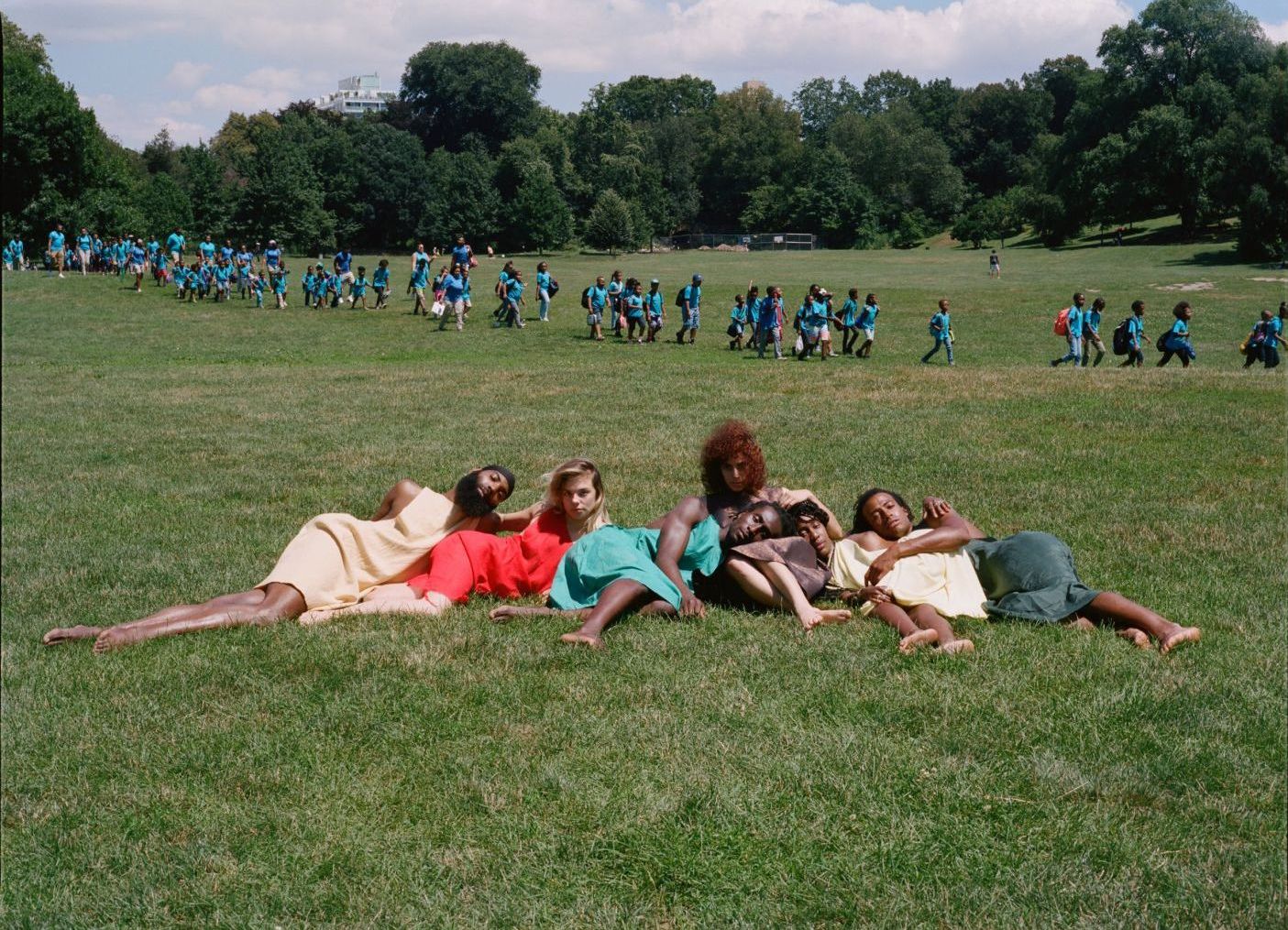 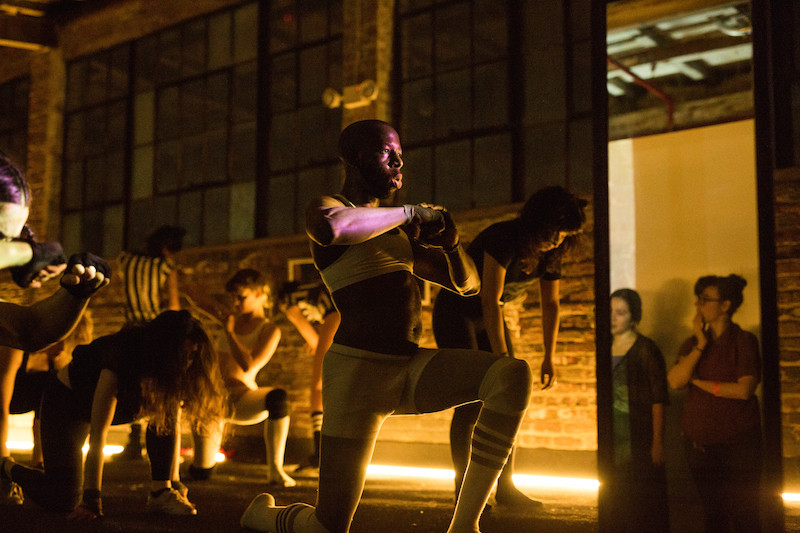 Who else deserves some credit and recognition?
I wouldn’t be where I was if it wasn’t for the Otion Front Studio community in Brooklyn and at large. I was introduced to dance and performance as the way I know today by Monica Mirabile and Sigrid Lauren of the dance duo FlucT. One of my dear friends, Jillian Goodwin, was in a performance of theirs that truly opened my eyes to freedom of expression. Monica and Sigrid welcomed me into their world where I met some of my closest collaborators today. Amongst the Otion Front collective, I met Kathleen Dycaico, an amazing performer that has now found her truth as an iconic director. She recently directed a video for one of our dear friends, Kinlaw, that just released a stunning album. Kinlaw was my roommate and I got to witness her grow as a singer, choreographer and life scientist. When I was directing my own pieces, I was able to cast my friends which turned into the most beautiful collaborations. My body of work would not exist without amazing performers Tara-Jo Tashna, Kellian Delice, Æir Ricks or DeVonn Francis – who has come into their own as a chef, artist and the founder of creative studio Yardy, using his platform to bring awareness to food inequity disproportionately affecting black and brown communities. Relocating to Los Angeles from this chosen family hasn’t always been easy, but I have had fellow Otion Front collaborators GC Garnet and Quenton Stuckey, who recently just released his stunning first solo album under the moniker ‘an only child’, nearby to carve out our own lanes together across the country. 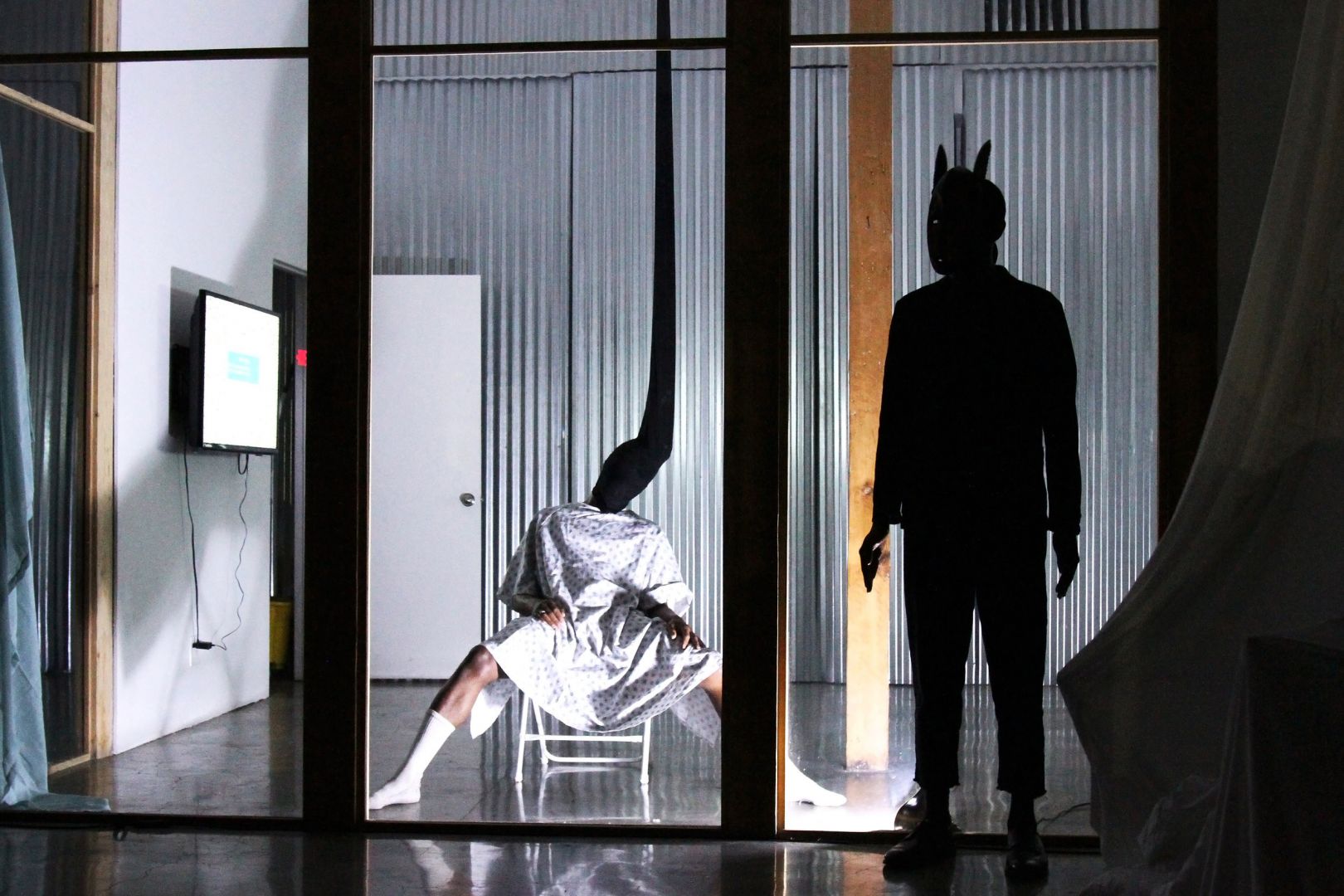 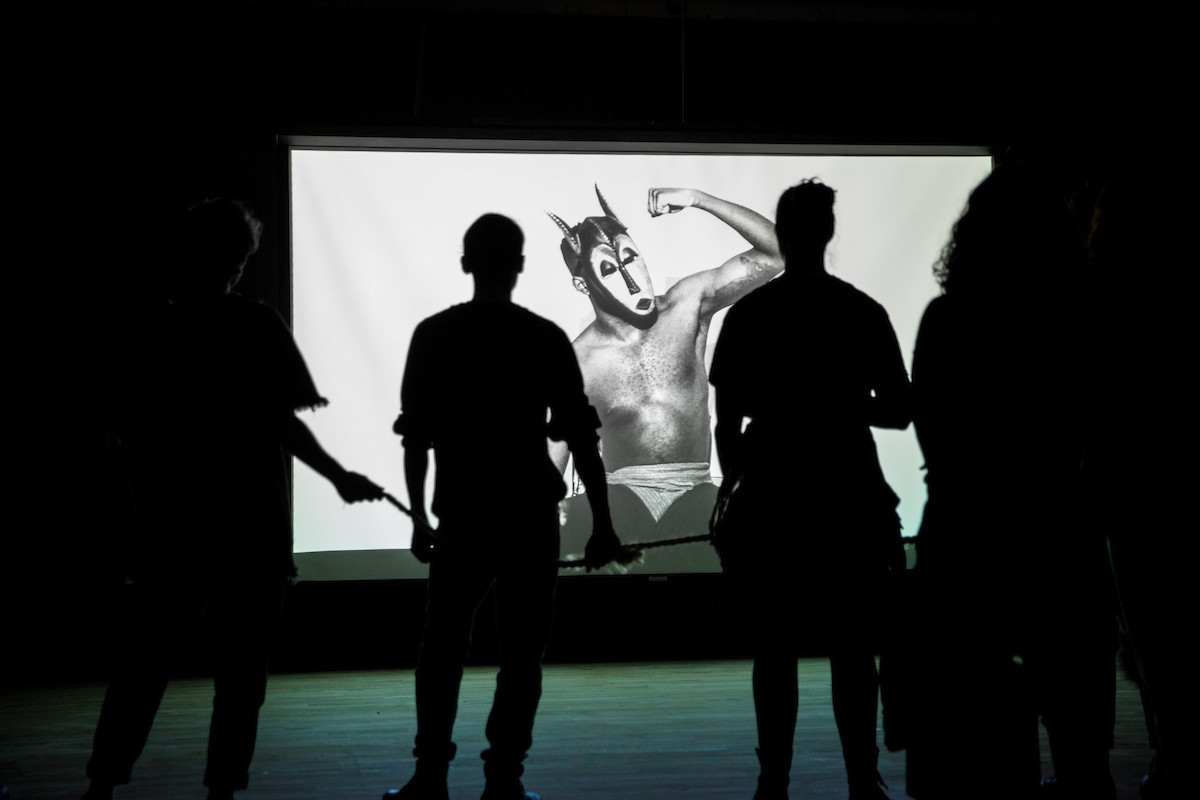