We had the good fortune of connecting with Jesse Lee and we’ve shared our conversation below.

Hi Jesse, what role has risk played in your life or career?
Taking risks is unnatural for most of us. No one enjoys encountering danger or a possible failure. But there are times when we should reach beyond our comfort zone and take a risk. There are moments when we make a bold decision to step into the wilderness of uncertainty and threats. It happens when we want something desperately. Despite the anticipation and the reality of terrifying circumstances, we move forward when we desire something that much. So my exciting and unique career as a leader at Street Company began, not surprisingly, with taking risks. 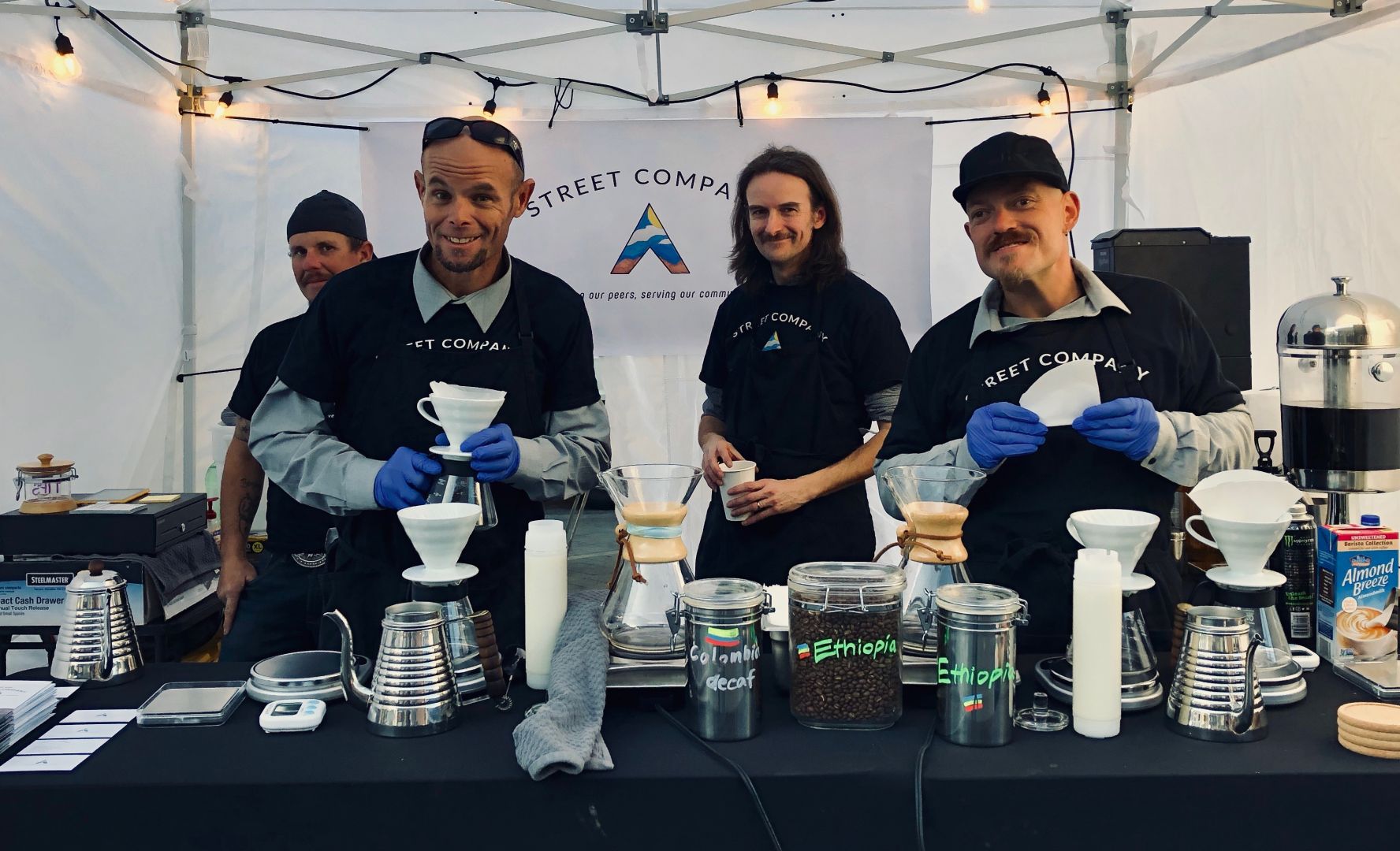 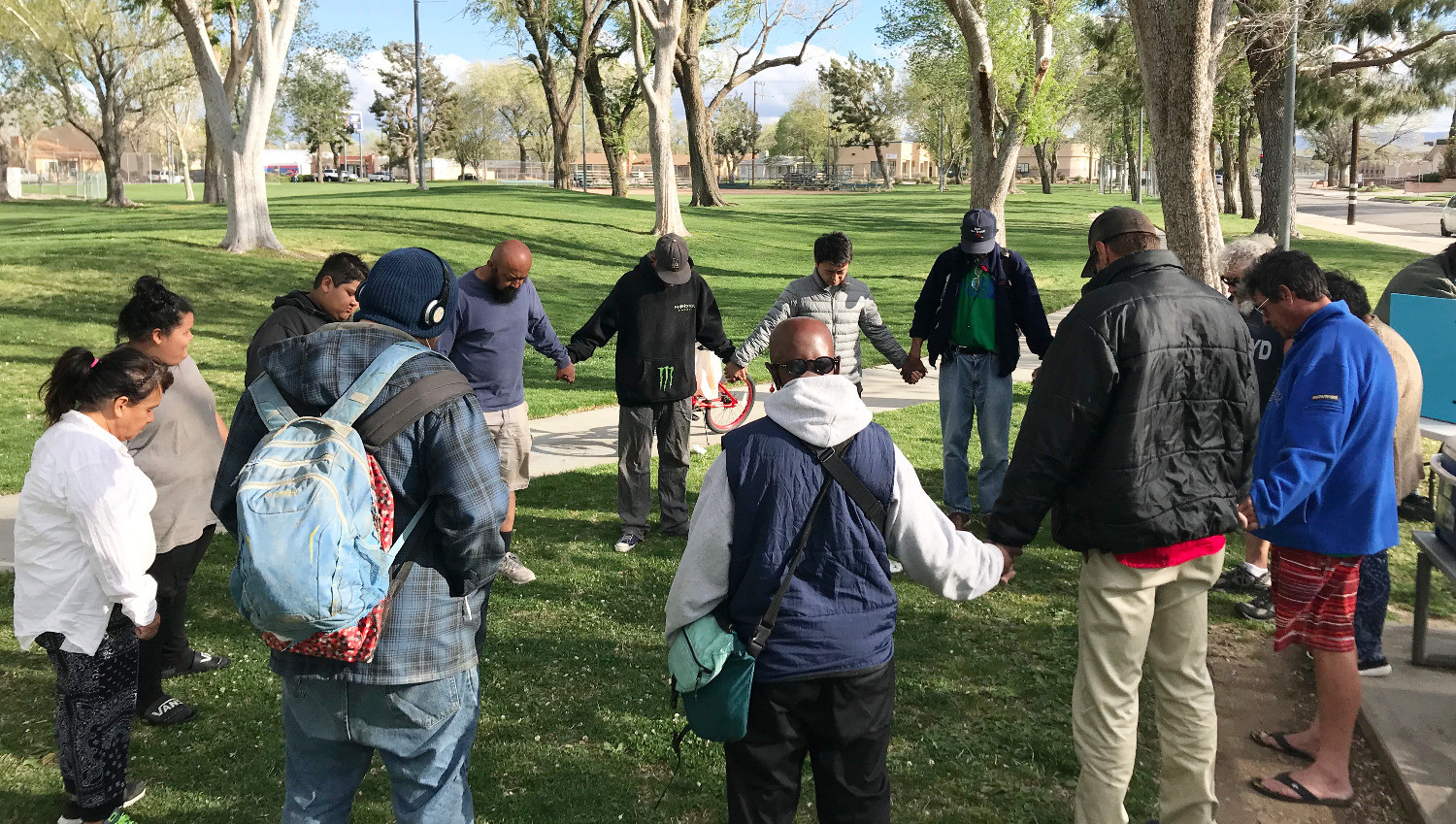 My relationship with homeless people was launched when a I sang a song at a homeless breakfast meal service in 2009. I had performed often as a singer-songwriter after graduating from high school. I liked writing songs with positive and inspirational messages. One day, a friend of mine who was an organizer of a homeless meal service in Lancaster, invited me to sing one of my songs for the group. I said, “Sure, I will do it one time,” because I lived in Pasadena, and it was an hour-long drive to Lancaster.

I sang a song called “Never Alone” with my eyes closed. When I opened my eyes I saw that people were crying. Then a woman name Jenifer came up to me and said, “Your song touched my heart.” Then she asked, “Can you come here again?” Originally I had no intention of coming here again. But I said “yes.” So I sang songs every Tuesday morning for homeless people in Lancaster for the next 9 years.

Beyond singing songs, I met with these homeless people personally on other days to learn more about them. I ate with them, went to the movies with them. Occasionally, I slept in the desert with them. Slowly I became close friends with many displaced folks on the outskirts of LA.

As I spent more time with them, I realized they possess great sets of skills and experiences, attractive characteristics, and the potential to thrive. Then my approach to helping the homeless changed completely – I wanted to do something with them, rather than doing something for them. I approached some of my closest homeless friends and suggested, “Let’s create an organization of the homeless and do something fun and meaningful for the community!” Despite their social and economic disadvantages, I believed that working together, we could create something amazing. They agreed to start the organization and we named it Street Company.

Nothing was promised to anyone. We knew it could fail, but we decided to take the first step anyway.

We had nothing but $150 in a bank account when we first started Street Company. That was it. We bought bread and hams at 99 Cents Store, put them on the table at a local park, and invited all the homeless people who passed by to join us. “Hey brother, come and sit, let’s talk.”

For many months, we just had fun, sharing our life stories, sufferings, encouragement, and hope. One day, we all sat down and discussed possible solutions for our homeless situation. I asked, “What do we need the most to get back on our own feet again?” There were many different thoughts, but one idea stood out: “We need jobs.” The problem was, not many employers want to hire homeless people. And then we quickly came up with a simple solution. We decided to create our own jobs rather than waiting around for someone else to give us a job. And we chose a coffee business as our first venture. We started with a specialty coffee catering service at the farmer’s market. Now we are getting into the wholesale coffee roasting business!

Every bit of the journey together with my friends was risky on both personal and practical levels. I have a wife and two kids that I need to support financially. Pouring time and energy into Street Company was a big sacrifice. My friends and I weren’t financially prepared to initiate the project. Especially as an immigrant, competing for funding opportunities with other nonprofit organizations who have established strong regional networks was super challenging.

Not only that, training our homeless friends to operate the coffee production and customer service business was tricky. When our homeless team first started selling coffee at the farmers market, they often wound up in conflicts and fights because they did not know how to communicate and work well with others.

Negative stereotypes of the homeless have always been a huge obstacle as we make and serve coffee. But we did not give up because we had a clear, worthy, and attainable goal in mind. We believed in each other and focused on taking one step at a time.

Street Company started selling coffee at that local farmers market in January 2019. Then we began serving coffee at government and community events. We became a certified social enterprise with the County of Los Angeles. In August 2020, Street Company was selected as the 2020 California Nonprofit of the Year. And we are moving into a new 3000 sq. ft. facility that the city of Lancaster provided to us in May. We will start wholesale coffee bean production and sales in July. Now we have hired five homeless people as full-time and part-time employees. We expect to bring more people aboard in 2022 as our sales increase.

We fully recognized our disadvantages going into this bold venture. We knew about the risks that we could face as we carry out our plans and chase after our vision for a better future. But the new world we were determined to create was enticing. We imagine a community where many jobs are reserved for homeless people. We dreamed of becoming an employer who understands homeless people and what they have to go through each and every day. We wanted to create a healthy working environment where homeless people come together, get connected, heal, and thrive.

Yes, there are more serious risks that we may face as we grow. But we choose to continue the journey because the world I dream about together with my friends and colleagues excites us all. 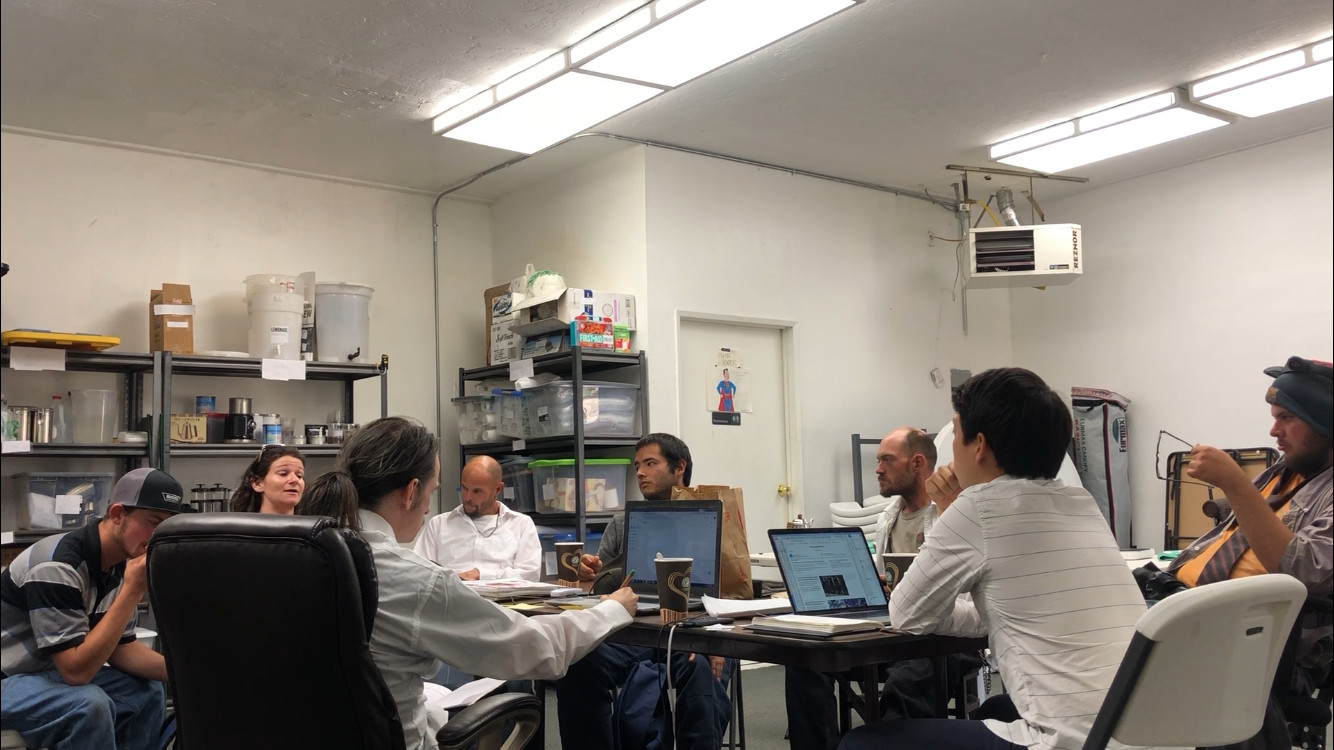 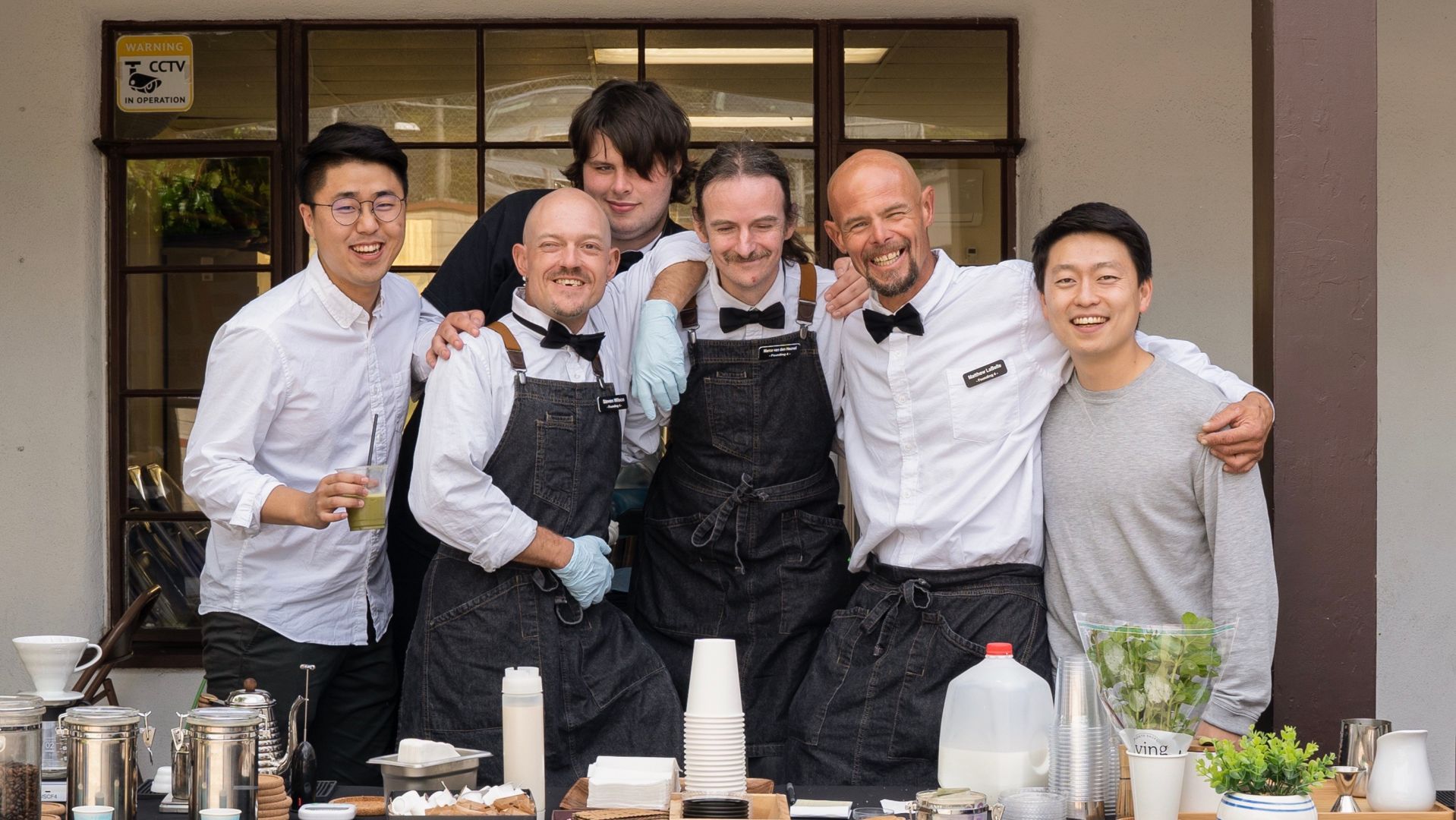 Who else deserves some credit and recognition?
Marco van den Heuvel, co-founder and vice president of Street Company. He was the first homeless person I met when I started singing my songs in Lancaster. And he has been my closest friend ever since. He and I are like brothers. He used to work as a computer programmer in the Netherlands before becoming homeless in the U.S. He is the smartest and most upbeat person I know. When I encounter a challenge and have a moment when I want to give up, he is probably the first person I talk with. He is my companion on the journey, an advisor at work, and a brother in life.

Without Marco alongside me, I could not have gotten to where I am today. 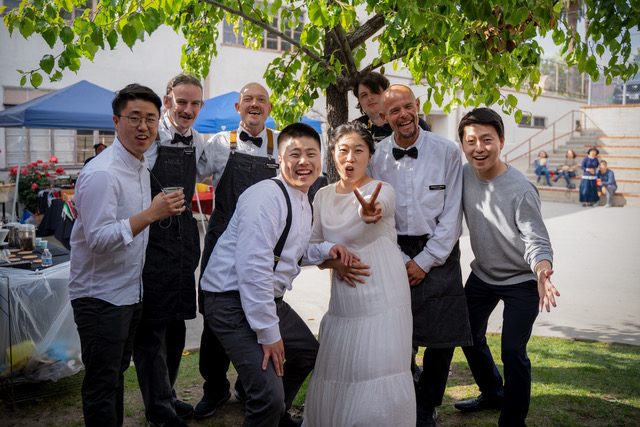 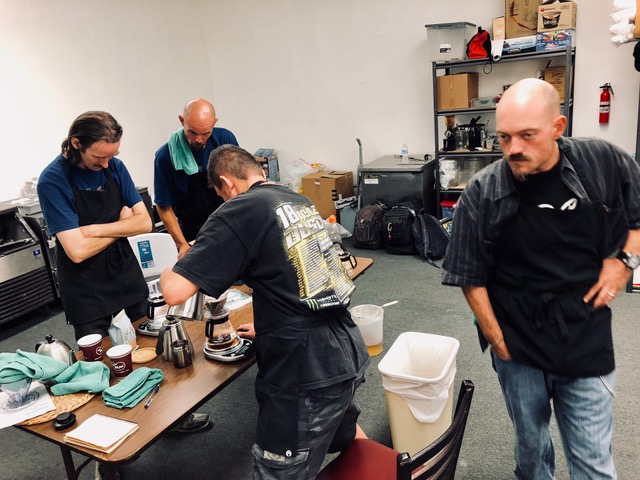 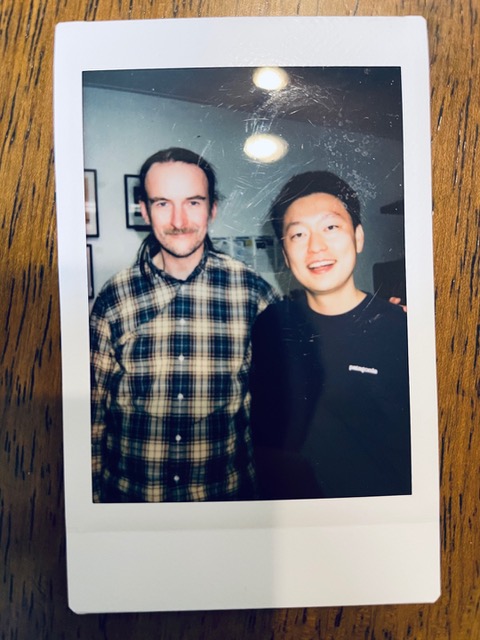