We had the good fortune of connecting with Jessica Rose and we’ve shared our conversation below.

Hi Jessica, what role has risk played in your life or career?
I think “risk” is inherent on the path towards self-realization. We all have to risk failure, vulnerability, exposure, heartache, rejection, and uncertainty in the pursuit of our dreams. I actually don’t see anything as a risk as long as I know the action I am taking is deeply rooted in my own integrity — which, to me, means that I am honoring myself, being true to my heart, and taking steps towards the greater vision that I believe in. One of my favorite quotes is by Jim Carrey, where he said, “You can fail at what you don’t want. So you might as well take a chance on doing what you love.” Even if it doesn’t work out exactly the way I hoped, every single time I have taken a leap into the unknown and crossed the threshold of fear, I have learned so much about myself, and my life has been enriched in different and unexpected ways. To me, when we embrace fear, we embrace the fullness of life itself.

Life is inherently risky; it is full of unknowns and uncertainty. It’s a wild, beautiful ride. I don’t think that is something we should be afraid of — I actually think it’s a liberating truth. It invites us to live freely and fearlessly. But it makes human beings so insecure that we try to control as much of this experience as we possibly can, believing we can somehow guarantee the outcomes we want. But there are no guarantees, ever. My honest experience is that anytime I have bought into the traditional conventions of safety and security, the rug was unexpectedly pulled from under me. It’s happened so many times, it’s now a running joke in my life. But it’s taught me that security is something I have to build within myself. No matter what my external circumstances are, I know I will be okay. As long as I live fully from my heart, I will be okay. 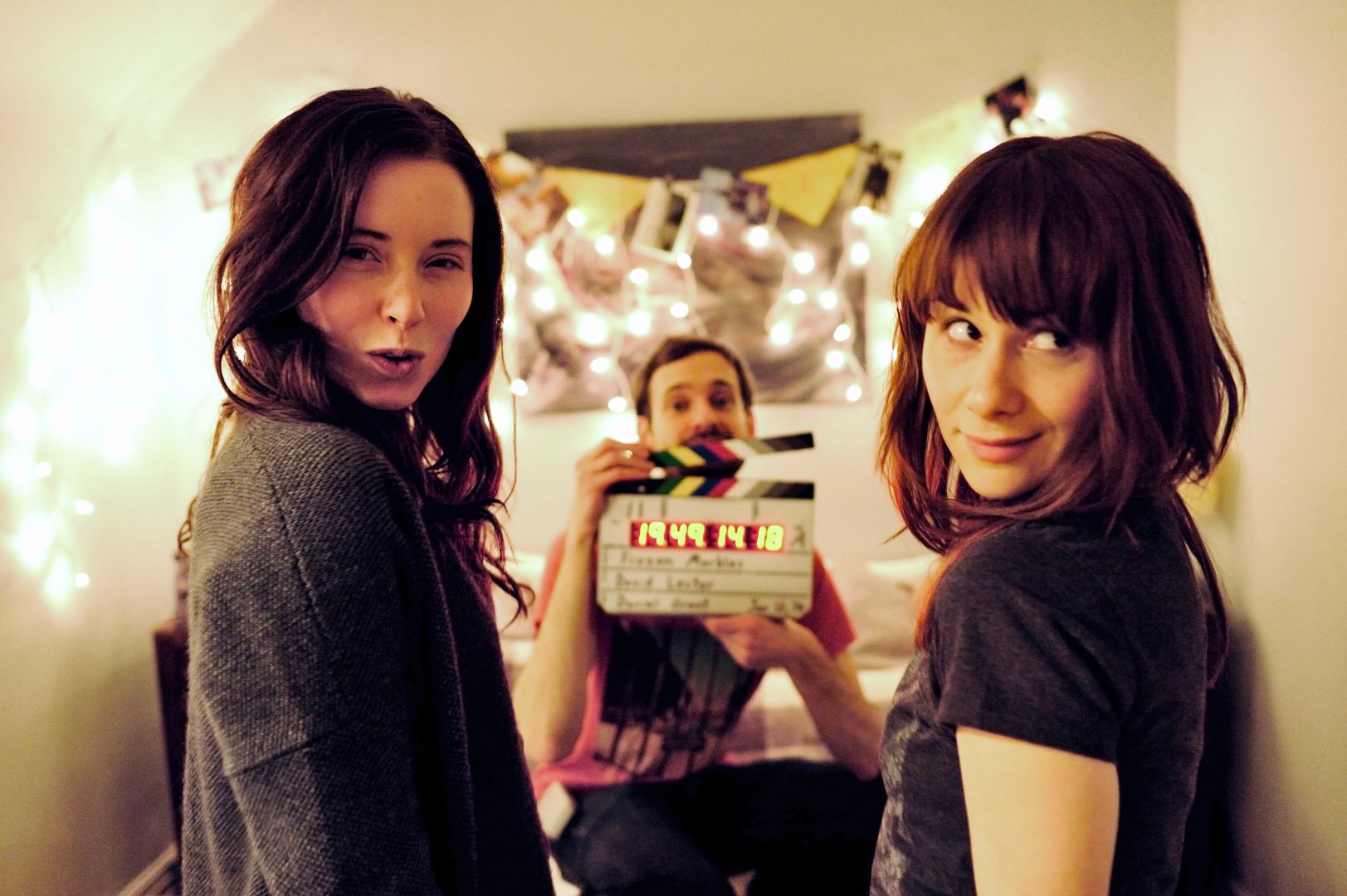 Let’s talk shop? Tell us more about your career, what can you share with our community?
I was that weird, artsy kid that would play dress-up and make-believe for hours in her room happily by herself, so it was pretty obvious what I would grow up to do. I think my dream to be an actor literally solidified in kindergarten, and by nine I was in a performing arts school and begging my mom for an agent. So I had big dreams from the get-go, but the journey to the realization of those dreams has been full of unexpected lessons and challenges and plot-twists. But isn’t that the point? It’s through the struggle that we learn resiliency, courage, and commitment; where we learn who we really are and what we’re made of. What I think is so beautiful about actors and what we do in our craft, is that in a world where most people use all their energy to avoid their feelings, actors have to be daring and vulnerable enough to not just feel all our feelings but exploit our emotional lives for the world to see. It’s very courageous, and I think it requires us to be courageous in our lives too. So much of my own path has been cultivating that courage, to live more fully and feel more deeply, facing my deepest fears and allowing the whole spectrum of my humanity to be explored and embraced. It hasn’t always been easy, but it’s made me a better artist and human being.

I was raised in Toronto, Canada, and started my career in the theatre before transitioning into film and television. But things really shifted for me when I began to produce my own stuff, writing my own plays and short films. Up to that point I had been a working actor, but I was frustrated that I wasn’t getting the kinds of opportunities I knew I was capable of. I wanted to have some agency over my career and do the kind of work that inspired and challenged me, so I began creating the parts I wanted to play. One of those films is called Alison, which was this little script I wrote that my creative partner and I shot in one day on a tiny budget, basically just to have something fun to do. But it was one of those magical experiences where all the best people and ingredients come together, and it ended up snowballing into something so much bigger than we ever envisioned. That little film went viral online and opened up so many opportunities for me, including my move to Los Angeles. It changed my life. It really taught me to do this for the love and fun of it, to follow every instinct through for the joy of the experience itself, because you never know which tiny spark of an idea will be the thing that changes everything. 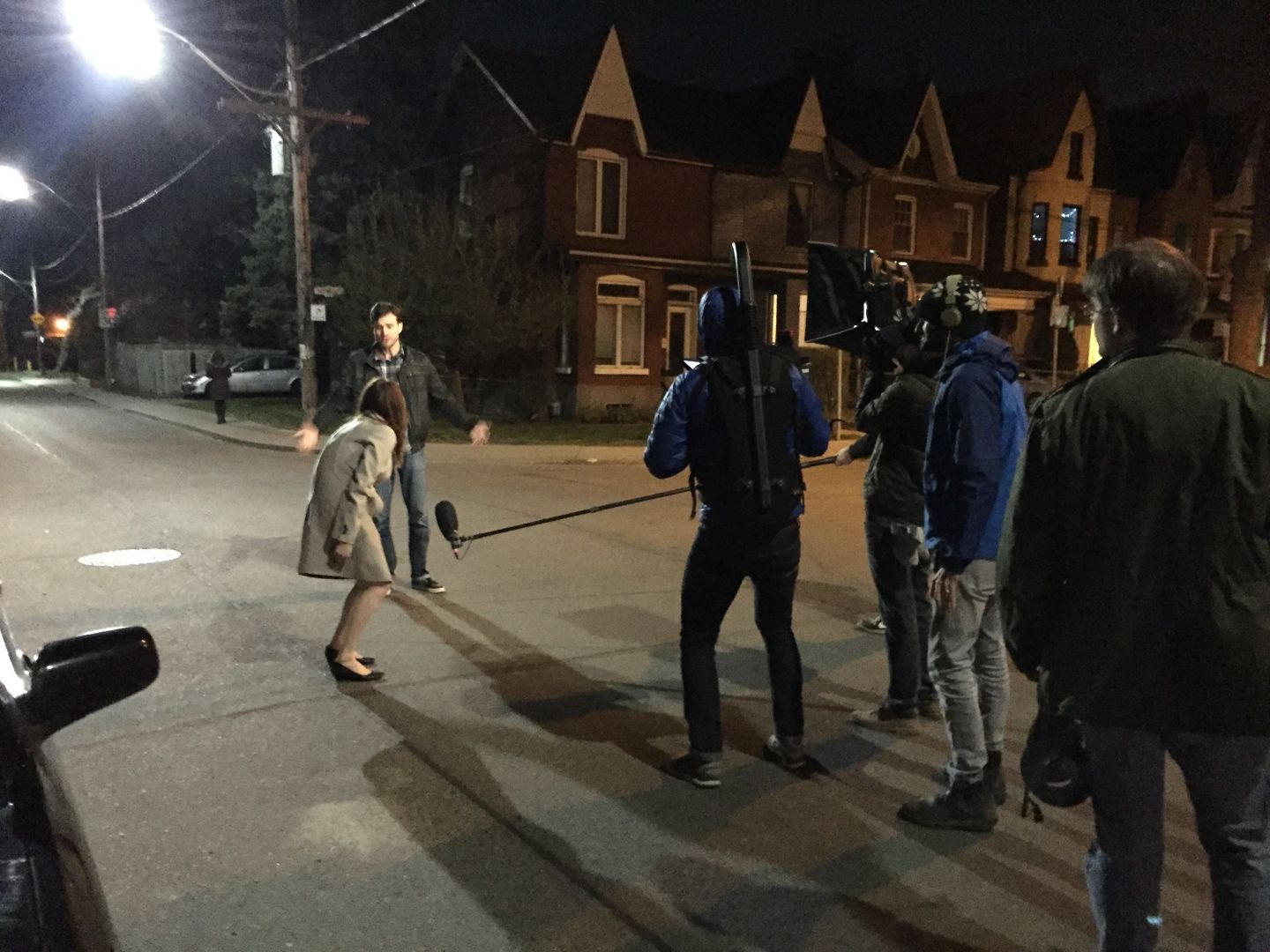 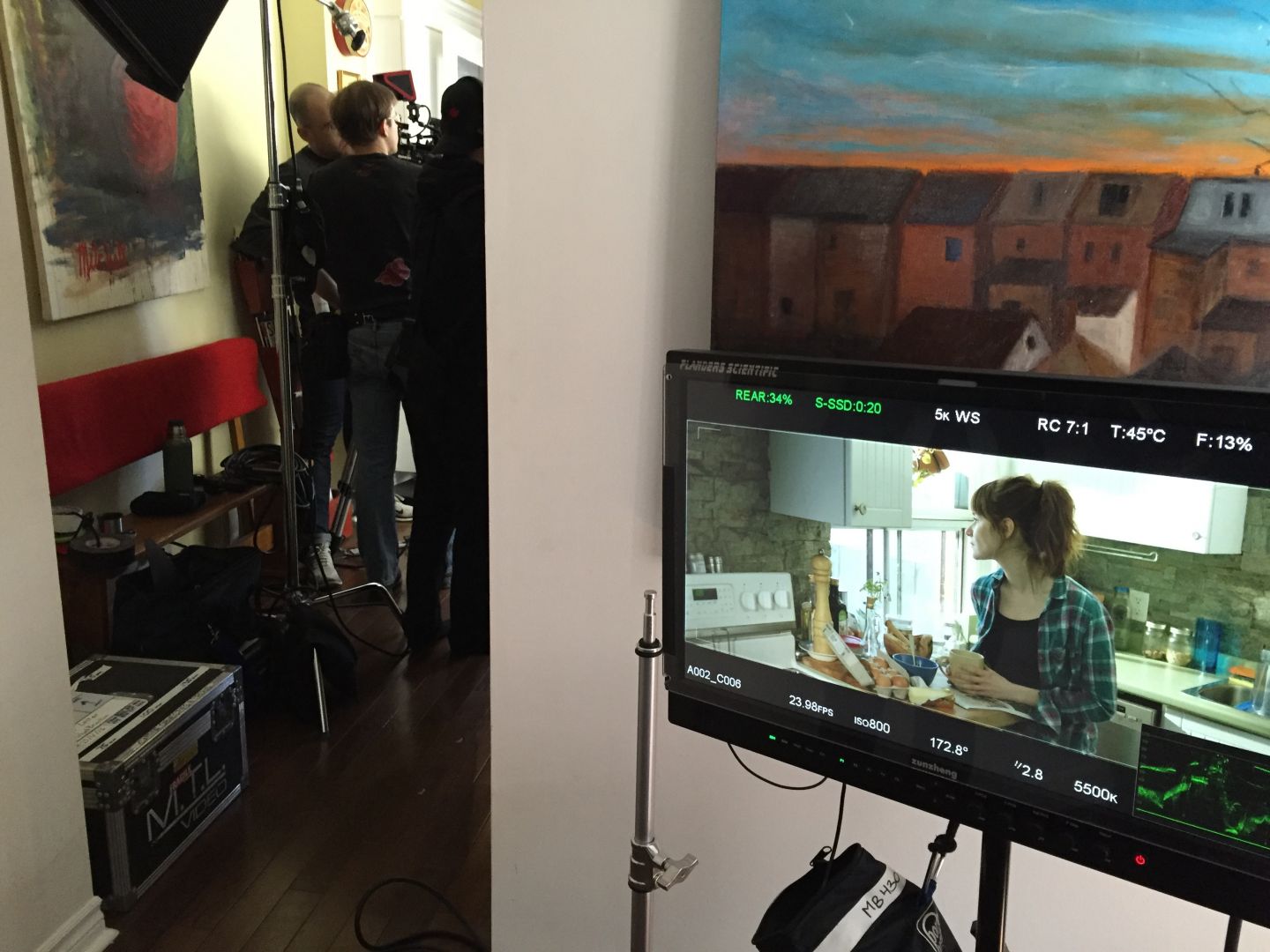 Let’s say your best friend was visiting the area and you wanted to show them the best time ever. Where would you take them? Give us a little itinerary – say it was a week long trip, where would you eat, drink, visit, hang out, etc.
It’s literally my favorite thing in the world when my friends come to town and I get to show them all the things I love so much about this city! My itinerary would probably look something like this:

Day 1: Breakfast at All Time in Los Feliz, followed by a hike in Griffith Park (my fav is the Mount Hollywood Trail, starting at the observatory). Later in the day, we might stroll through Los Feliz, grab tacos and queso for dinner from Homestate, and see a classic flick at The Vista.

Day 2: Coffee in the mountains at the Topanga Living Cafe, then a morning hike in Topanga State Park (I love the Eagle Rock trail). Afterwards, we’ll drive the winding Topanga Canyon road towards the PCH and head to Malibu to finish the day at El Matador Beach, where we’ll dip in the ocean and watch the sunset.

Day 3: Museum day! But first: brunch. You can’t do LA without trying the ricotta toast at Sqirl, or Turkish eggs at Botanica. The Getty is completely free (except for parking) and the perfect place to relax and enjoy art, architecture, stunning views of the city, and beautiful gardens. Assuming in this dream-itinerary that no one ever gets tired, later we’d hit up happy hour and catch something fun at The Largo.

Day 4: Ok, we’re kinda tired today. So we’ll have a lazy, healthy brunch at Amara in Highland Park, then head to Huntington Gardens to stroll through the Japanese gardens, have afternoon tea, and nap under a tree. At night we’ll grab ice cream from Salt & Straw and call it a full day.

Day 5: Venice Beach, baby! After coffee and brekkie at Gjusta, we’ll take in the vibrant sights and sounds of the Venice boardwalk. We might dip our toes in the ocean while we watch the surfers, then head to the Venice Canals for an afternoon stroll. Dinner is $2 tacos from a truck, or a pizza slice from Gjelina. If the salty ocean air hasn’t put us to sleep, perhaps we’ll find some Old Hollywood haunt for a cocktail and jazz.

Day 6: We’ll start the day with delicious treats at the bustling Grand Central Market in DTLA, and then walk to The Last Bookstore to peruse the pop-art installations and architecture. Next, we can move to the nearby Arts District, where we’ll wander through modern galleries and snack on the best Belgian fries at Wurstkuche. My dinner vote would be for India Sweets & Spices in Atwater Village — their delicious $5 dosas are how I survived my starving artist days in LA.

Day 7: On our last day, we just want to keep it chill and close to home. I’ll take you through my favorite parts of my neighbourhood in Silverlake: coffee at Intelligentsia, a pastry from Tartine, the farmer’s market. We’ll walk around the Silverlake Reservoir, window shop along Sunset, and drive up to the Griffith Observatory to watch one last LA sunset. For dinner, we’ll have to do a coin toss: Ostrich Farm, Night + Market Song or Pine and Crane? Are there three-sided coins?!

Shout out: Don’t forget to stop at one of the Mexican fruit stands during the week — get a squeeze of lime and sprinkle of chilli powder. You’re welcome. 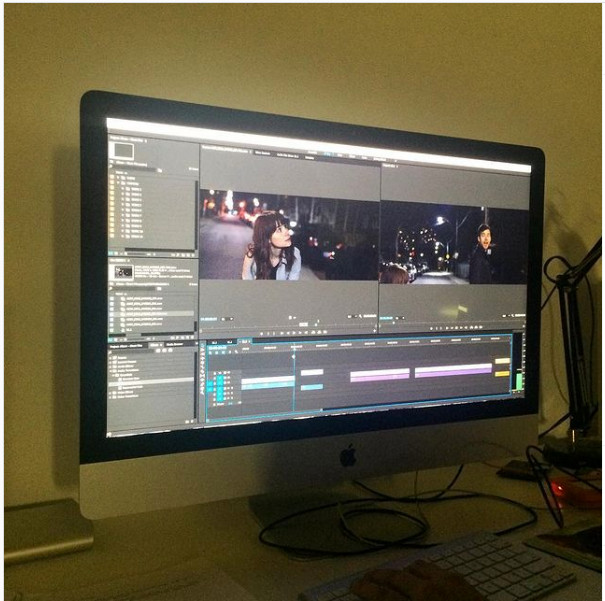 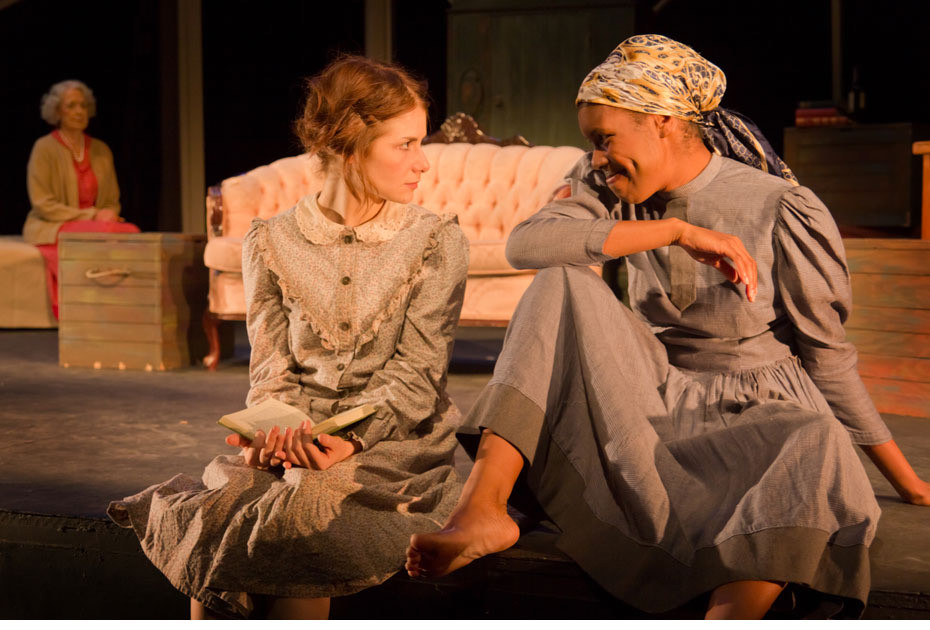 Shoutout is all about shouting out others who you feel deserve additional recognition and exposure. Who would you like to shoutout?
Oh gosh, there have been so many people who deserve recognition — I’m so lucky to know some of the most wonderful, inspiring, and generous people. But I had an acting teacher early in my career who changed my life. His name is Matthew Harrison and he has a studio based in Vancouver called The Actor’s Foundry. When I met him, I was in such a low place in myself and my career. My agent at the time was having no luck getting me into audition rooms, and I was having no luck getting a new agent. But I took one of his workshops on a whim because we would get to do a showcase for a casting director I wanted to meet. On the day of his coaching, I got up in front of the class to perform the sides I had been given, and I don’t know why, but I was just bracing myself for him to confirm every single fear and insecurity I had about myself. Instead, he just gave the sweetest compliments about my work. At a time when I felt like nobody could see me, Matthew did. I started to cry so hard in front of everyone, and he was like, “Wait, what happened? I just complimented you!” I ended up studying with him for several years, and it took a long time before I stopped crying through class and actually believed the nice things he was saying to me. It really is life-changing to have someone believe in you and advocate for you that much. But also, he is just one of the most brilliant acting teachers I’ve ever had the privilege to work with, and his class made me fall in love with acting all over again. It also introduced me to a huge, creative, and deeply inspiring community of actors where I found many of my best friends and collaborators — so a shoutout to all of them too! Thank you, Matthew.

And more personally, I’ve had a creative partner for many years, David Lester, who has been both a tremendous support system, an inspiring collaborator, and genius director who has helped me navigate this crazy business since the beginning of my professional career. He has cheered me through millions of auditions and helped me bring so many creative ideas to life, and I am immensely grateful for him. I have so much to thank him for. So I have to mention him, too 🙂 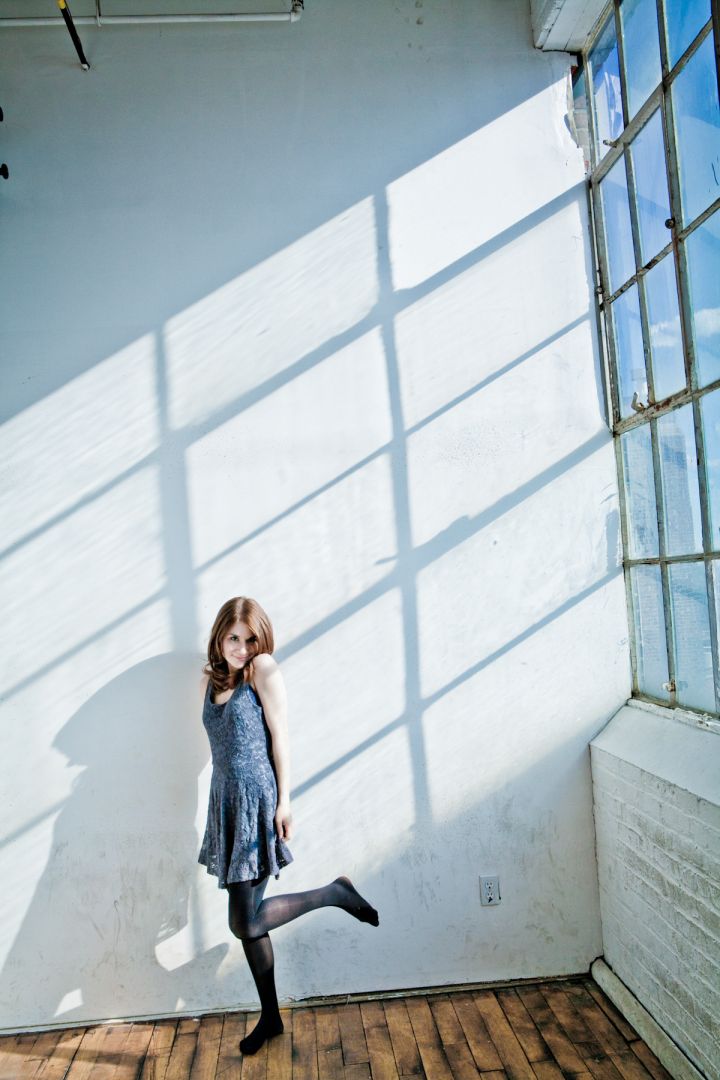 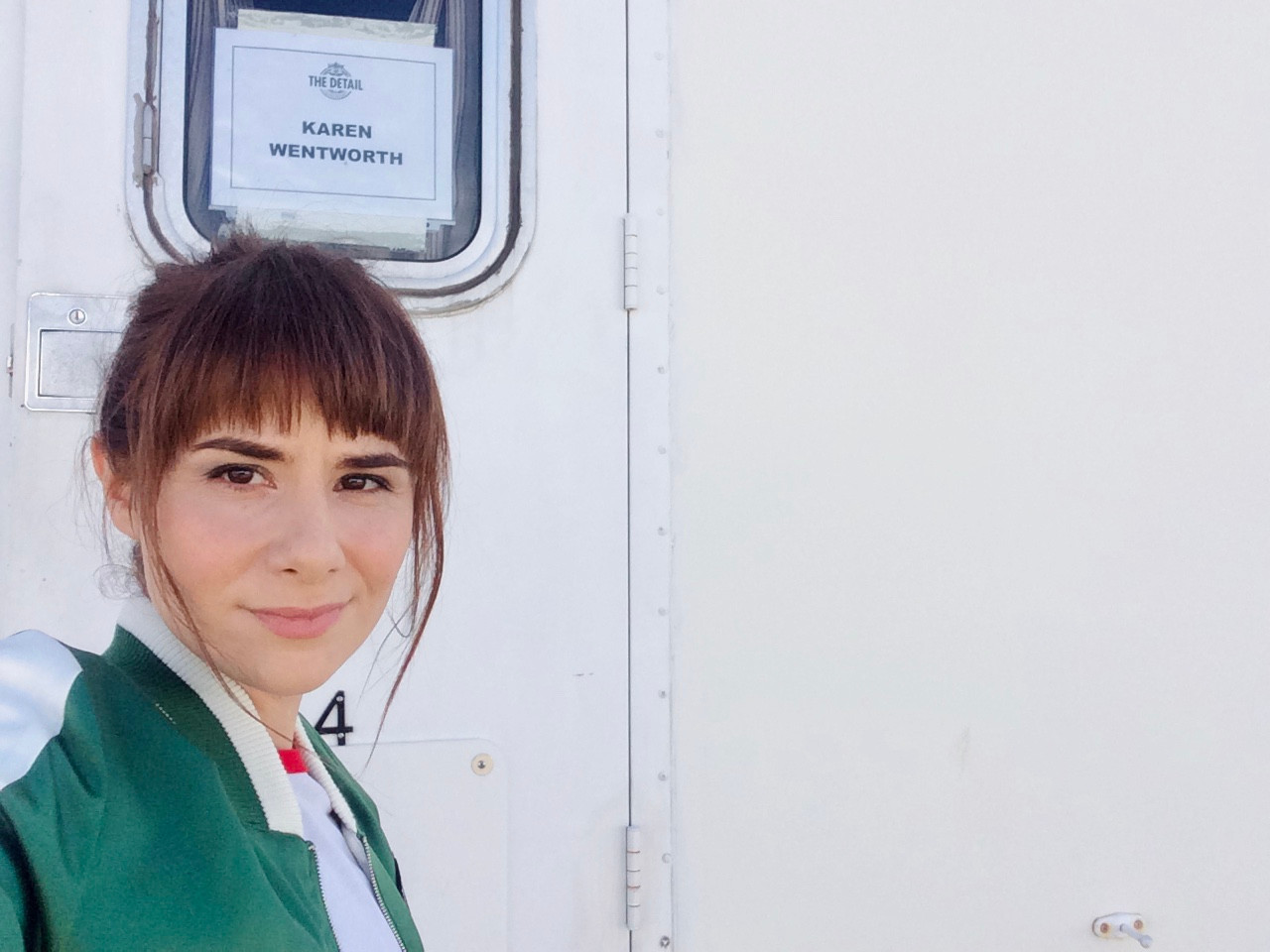