We had the good fortune of connecting with Joanna Bronson and we’ve shared our conversation below.

Hi Joanna, how has your work-life balance changed over time?
My ability to balance has been a giant pendulum swing at different stages of my life. I used to be very much a work hard, study hard, play hard type of person. So of course there was no balance. It was mostly working very hard, 20 hour days, didn’t need more then 4 hours of sleep and sometimes went without sleep. But I found over time that it took away the joy of whatever I was trying to accomplish. It was a laundry list of goals. I was excited when I achieved my goals but not for very long because then I would look at the list and keep going. In the last five years I’ve made a conscious effort to assess what my day to day looks like and reflect at the end of the month and the end of the year to see what was balanced and what was I focused on. I currently prioritize my self care over everything, and then following that I balance my creative schedule so that it doesn’t deplete me. I love my schedule now. I love the work I do. I love the people that I get to work with. I find that having the balance really allows me to enjoy the process, to enjoy life. The biggest challenge for me is when I get excited and want to plow through 15 hours straight and then I want to add extra collaborations, ideas etc. But I’ve gotten really good at setting boundaries and also being kind to myself when I do go to far. But it’s the awareness that changes everything. Balance is one of my top values. Having balance changed my life. 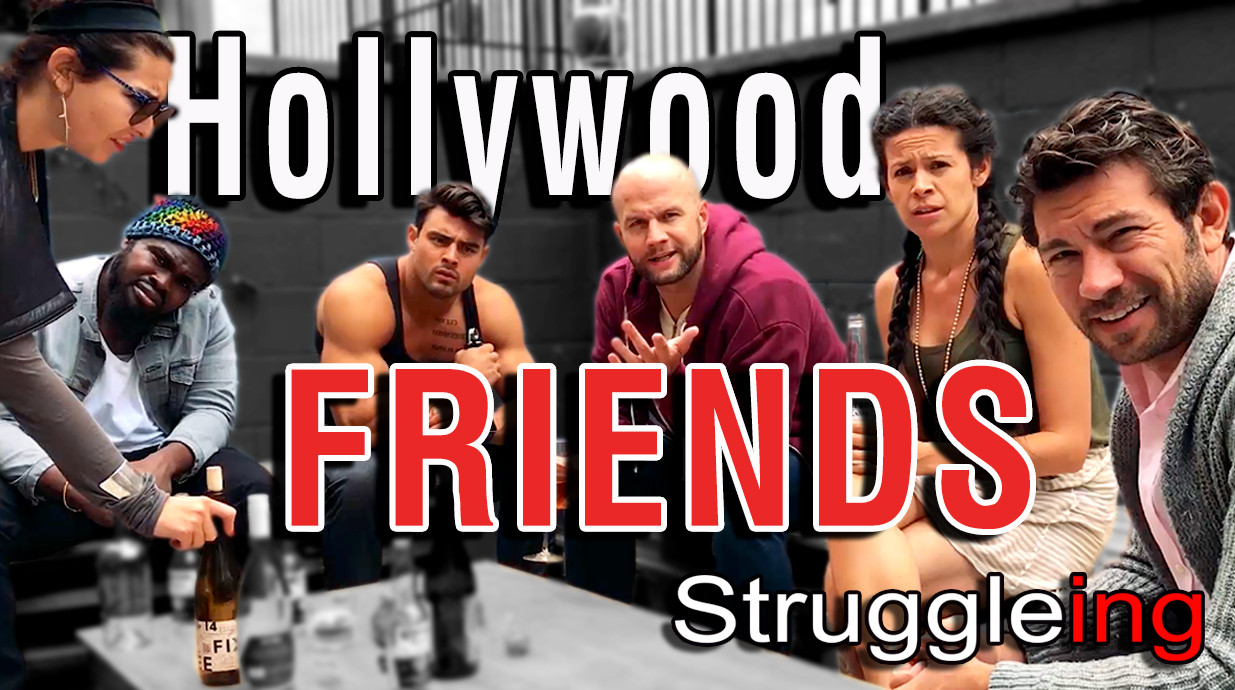 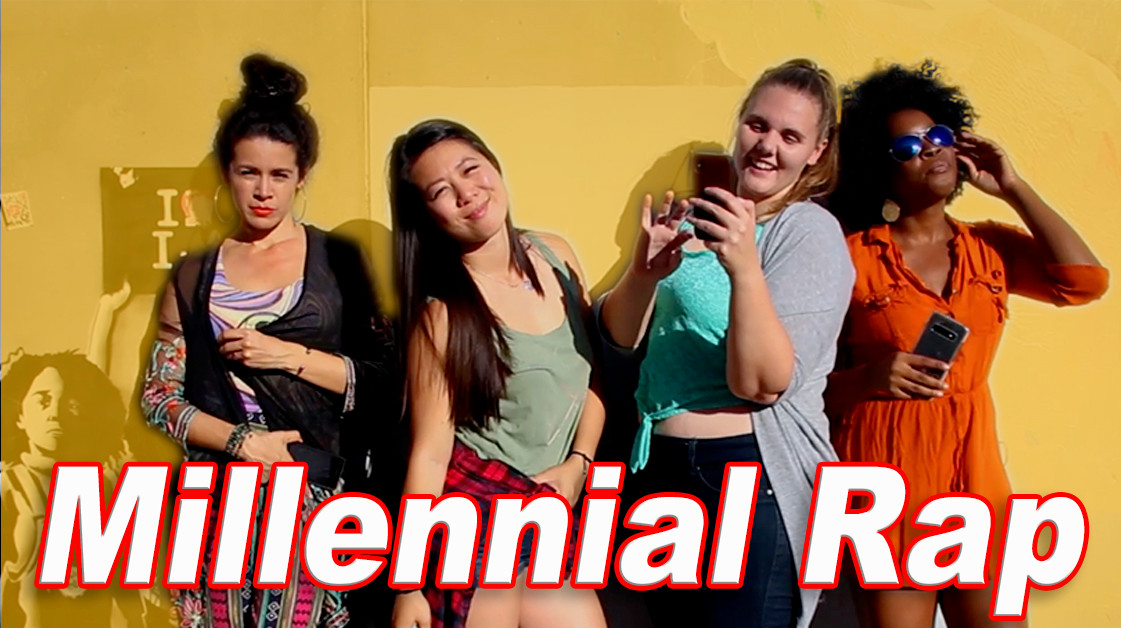 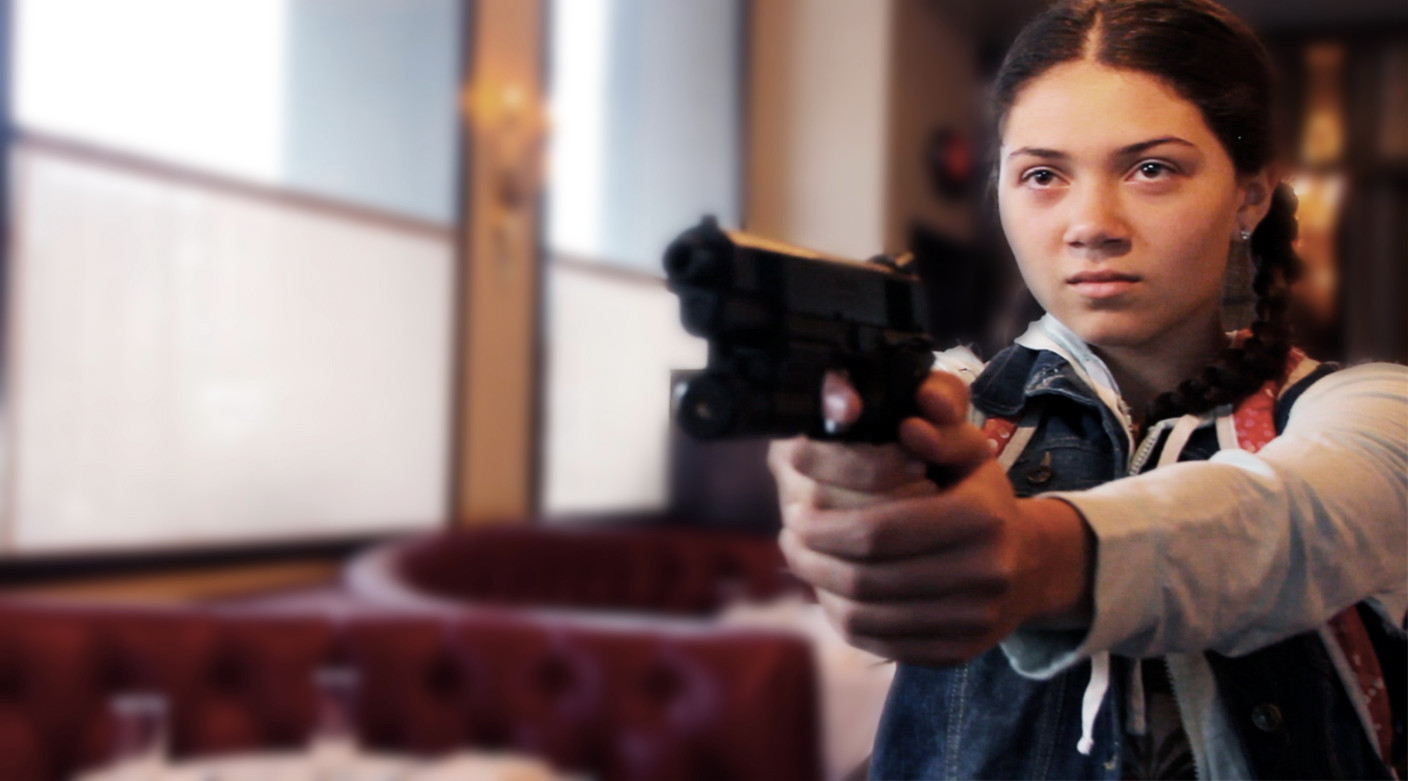 Can you open up a bit about your work and career? We’re big fans and we’d love for our community to learn more about your work.
So much to be excited about right now. Firstly, I’m really excited about a dramedy /semi scifi feature, ‘Casa Bronson‘ that I finished writing in June and submitted to a bunch of festivals: Slamdance, Raindance, Screencraft, Final Draft Big Break, etc. I’ve gotten some really great feedback so far and I’m excited to keep working on it. It’s based on a true story. Simultaneously I am also writing a dramedy pilot that explores a vast spectrum of romantic relationships. I’ve had some incredible auditions for large roles in some new shows. I’m also very proud of the company I built with my co-creator Brent Harvey called A. Whole Productions. We have over 200 videos online that we created in under 3 years. Crazy! Love my team. I’m so grateful to have all this going on right now.

Getting to where I am now was mostly just trial and error. I really didn’t know what I didn’t know as a kid, which makes me smile. I was that kid who never knew what to dress up as for career day. I didn’t like any of the jobs that were supposedly available. I was completely unaware that Acting, Directing, Arts in general was a job one could have or could aspire towards. I even asked my mother once “What should I be when I grow up” and she responded “Happy”. Apparently I was very disappointed by this answer. I spent a lot of my time drawing and come high-school years I got lucky that we found out about this new magnet art school called DASH in Miami. I got accepted and from there forward it was just trying everything. I started in illustration and then went to costume design and then in College I did a year on set costuming and then I ended up going back to college for animation and film. My professor didn’t think my animations were any good, which he was right. They were stiff because I was a hermit and introverted. He suggested taking an acting class. So I did at the community college and loved it so much that I continued studying there and at the Michigan Actors Studio and performing after I graduated. So right out of college I was directing my own stuff and acting. Acting actually brought me to directing and writing. I kept finding actors in Detroit and then LA that just wanted to create and I already knew how to create content, this was before the big youtube boom, so I just started finding people, finding places to film, finding free resources to create.

Some of the biggest challenges for me was balance. I would do everything that needed to be done. I was the director, the producer, the costume designer, the location scout, I can practically fill almost any role on a set. This lead to me working on others people’s projects a lot more than on my own. I also undervalued myself. Which in the beginning diving into the industry I think in any industry really thats how you learn. Well at least that’s how I learned what I wanted to be focused on and what I didn’t want to do. This is a good 12 years of figuring it out and building my confidence and self worth. If it wasn’t an easy journey then that was definitely because of the choices I made and the boundaries I didn’t set forth. So people would take advantage, But I learned a lot both professionally and personally. I think over coming challenges was hard but always worth it. I’m very lucky because one of my core characteristics from birth practically is resilience and self reliance. But I’m very lucky. Every time I ever wanted to change career paths or move or anything I wanted really, It showed up for me. I worked an extraordinary amount of side jobs to make money since I was 10 years old. I think the most jobs I ever had at a time was in New York City, I had 6 jobs and I was going to school full-time. Once I was dead set on what I wanted I hardly questioned if it was possible. Of course there is always those days where I stare off and wonder “What have I done?!” But it passes pretty quickly. Because I know it’s just a feeling and my life is wonderful and I get to do what I love.

My company A. Whole Productions casts actors in our original productions while also teaching them how to make their own content. They volunteer their time to help with our productions and in return they get screen time. As of right now my co-creator and I are in full writing mode. We are taking on bigger projects that further explore our individual styles. Something that I am very proud of is that my teams on my projects have been 70-80% women identifying individuals. Supporting fellow women creatives is really important to me and I’m excited to start working on these bigger projects we have coming up.

Let’s say your best friend was visiting the area and you wanted to show them the best time ever. Where would you take them? Give us a little itinerary – say it was a week long trip, where would you eat, drink, visit, hang out, etc.
IF this is a post-pandemic question then definitely the Museums! The Broad, the Getty, Lacma and the Hammer are the ones I frequented most. I’d take a friend on a motorcycle tour of the traditional sites so we wouldn’t have to sit in traffic: Griffith Observatory, Hollywood Blvd, Sunset Blvd, Rodeo drive. I’d do brunch at Beachwood Cafe so they could get a good view of the Hollywood sign. I would hike Inspiration Point in the Santa Monica Mountains to watch the sunset. On another day we could do Matador Beach and then Neptunes Net. To eat deliciously but unhealthily we’d get the gringo taco platter at Pinches on Sunset blvd. Bavel downtown has incredible food and wine selection. Crossroads Kitchen in West Hollywood is an incredibly inventive delicious high end vegan restaurant. I’d get drinks at Melrose Umbrella Company on Melrose. Other great cocktail menus and vibes would be Good Times at Davey Waynes, Employees Only, and Sassafras. Brunch at the Eveleigh or Back on the Beach.

See a movie at El Capitain and definitely find some great theatre to go see somewhere in theatre row or the Ahmanson or Pasadena Playhouse or ugh there are so many theatres, It’s hard to choose. Same with the comedy clubs! I typically scour the Today Tix app to score great tickets for shows. 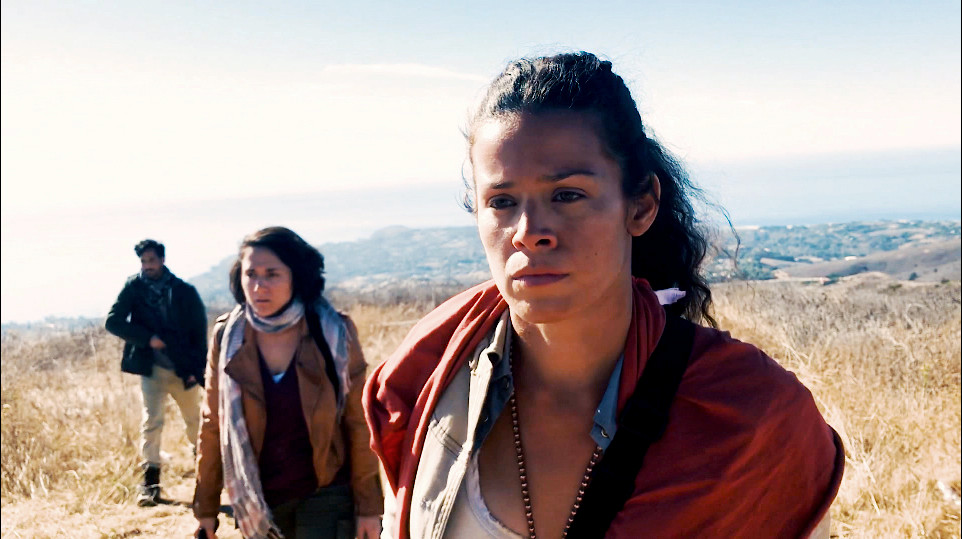 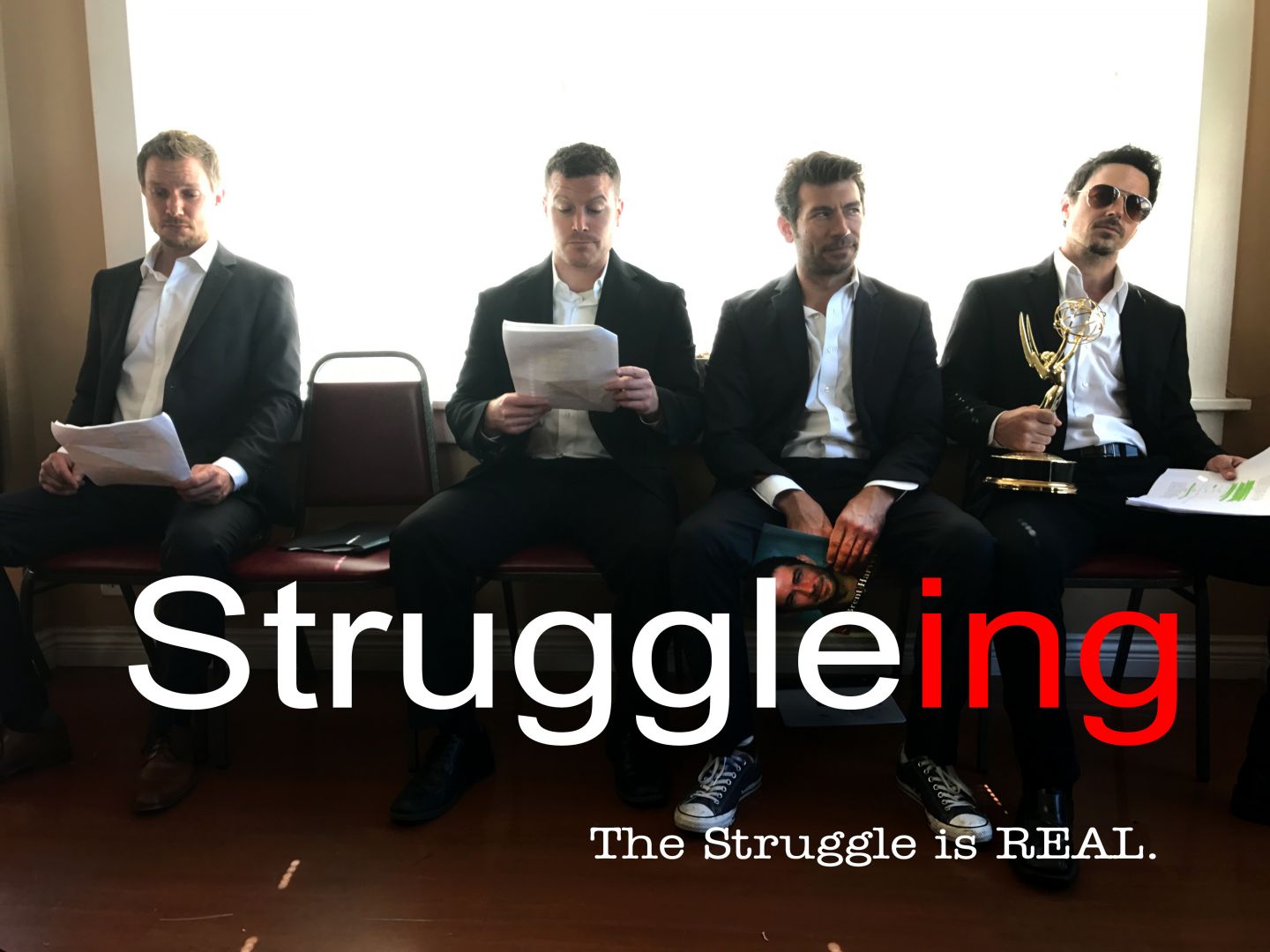 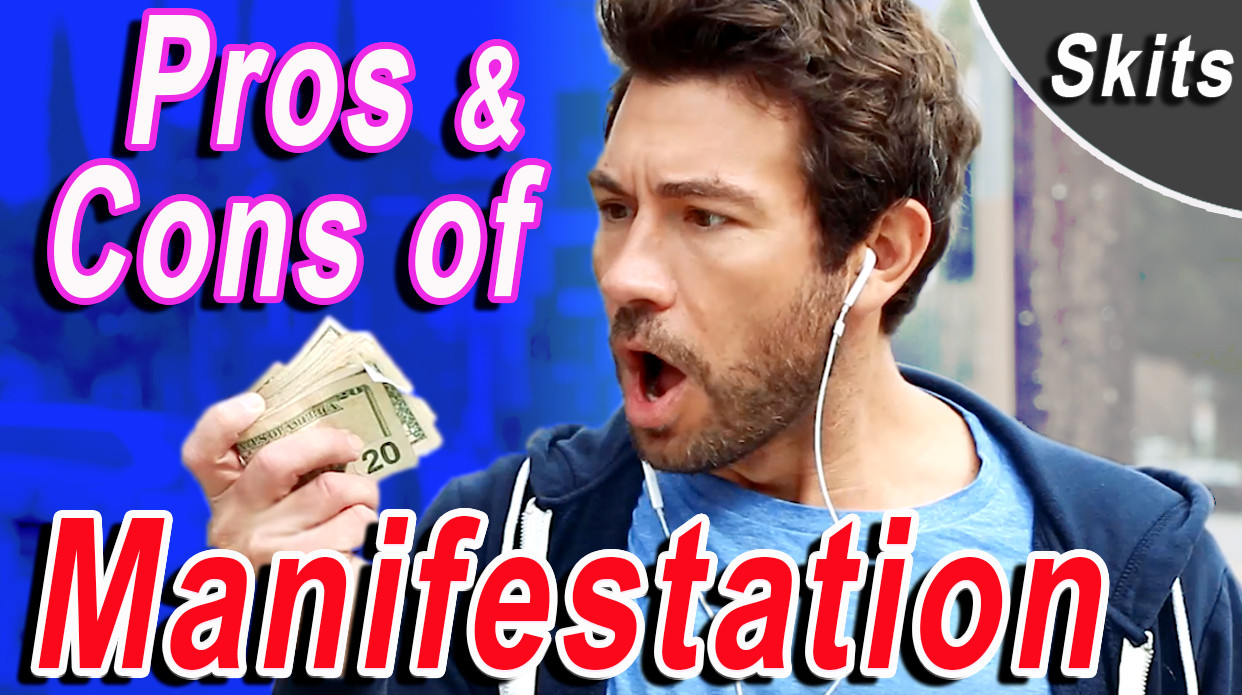 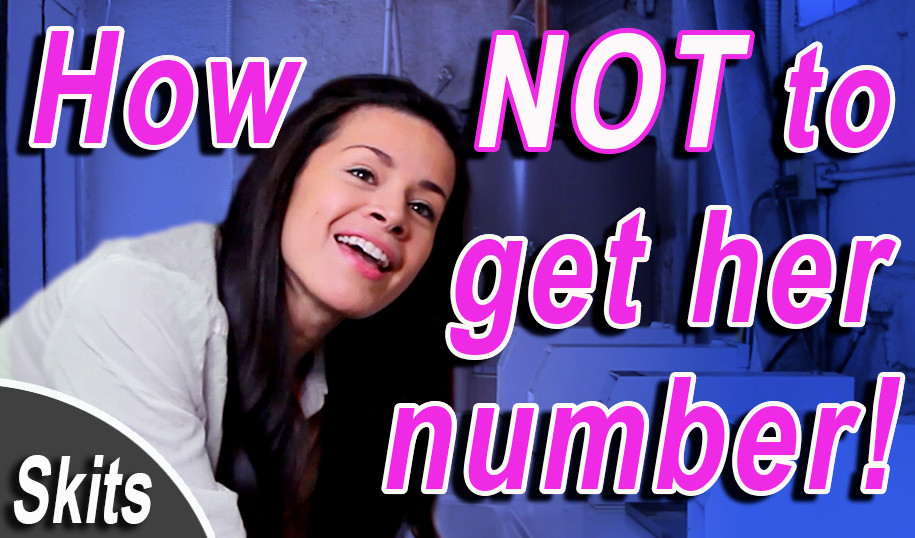 Meet Corey Miller: Co founder of Behind the Lids