We had the good fortune of connecting with Joanne Chew and we’ve shared our conversation below.

Hi Joanne, is there a quote or affirmation that’s meaningful to you?
One of my track coaches in high school said, “If you give your best and lose, there will be frustration and disappointment, but there will be no shame.” It’s something I’ve carried with me ever since. I was pretty sickly when I was born, and spent much of my first couple of years of life in and out of the hospital. In the beginning, I could barely run a mile, so my family and friends thought I was absolutely insane when I signed up for track during my sophomore year. My first season, I was wrought with injuries and came in last every single race. My family and friends were encouraging me to quit, but none of my coaches ever brought it up. I eventually started getting stronger, but I had fallen in love with running long before that. I’ve since completed five full marathons. Every year (since 2011), I also run a 10K at “Race For The Rescues” in Pasadena to help raise money for animals in shelters. The endurance I built as a runner helped me immeasurably when I moved to Los Angeles to pursue acting. A good 90% of it is learning to handle rejection, and a lot of people back home thought I was absolutely insane for setting out to do it (just like I was for deciding to become a runner years earlier), but hey, I figured out how to do this running thing, so I would find my place in showbusiness as well. When I started training for marathons, I found it best to not count how many miles were left, to just stay present, breathe, and remind myself that one step leads to another. As actors we can get so caught up in the “hustle,” and booking our next gig, that we inadvertently disconnect from why we decided to pursue all of this in the first place, and let me tell you, in my humble opinion, this is way harder than all of my years of running put together, so hats off to all my fellow artists. Just because it hasn’t happened yet doesn’t mean it isn’t going to. Progress is rarely instantaneous. It’s just one step after the other, and the only way you won’t get there is if you stop. Venturing into unknown territory is often terrifying, and as artists, whether it’s visual, performance, writing or otherwise, we’re constantly in a vulnerable position putting ourselves out there. I had been painting on and off since childhood, and in 2019 a fellow artist friend (the amazing Carrie Lynn Barker) encouraged me to start exhibiting my work. After the initial excitement wore off, I went through a period of having no idea what to paint, and worrying about whether or not people would call me out saying “This is art? Even I can do this.” Just give it your best. Leave the rest out, let it go. I’m not going to be in love with every piece I create, but looking back at the collection of work I’ve accumulated in the past two years, I’m able to see how my work and style have progressed. Whatever you have an interest or a desire for, just go ahead and try it. Release any expectations over how it should turn out. You could find yourself pleasantly surprised. 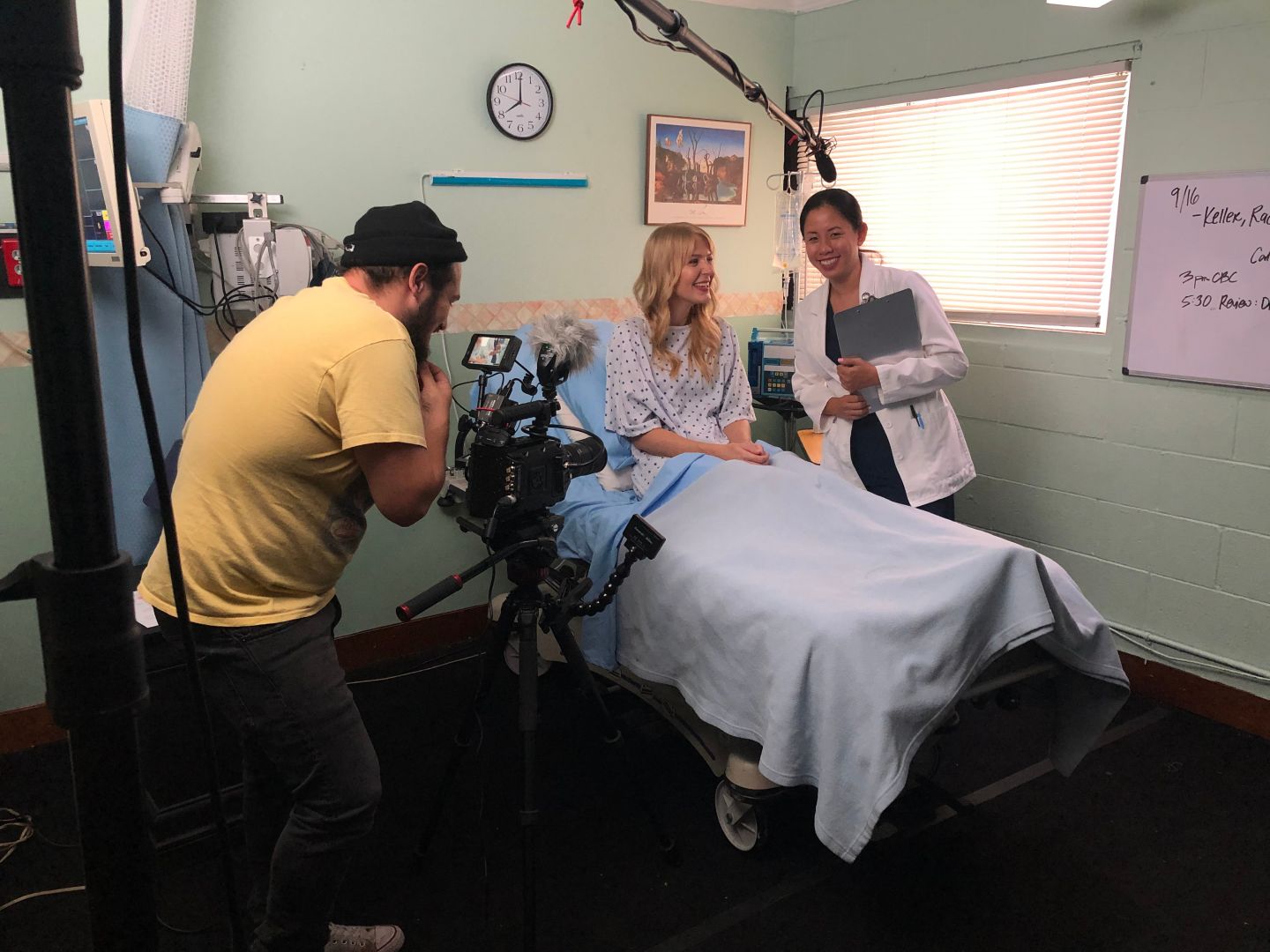 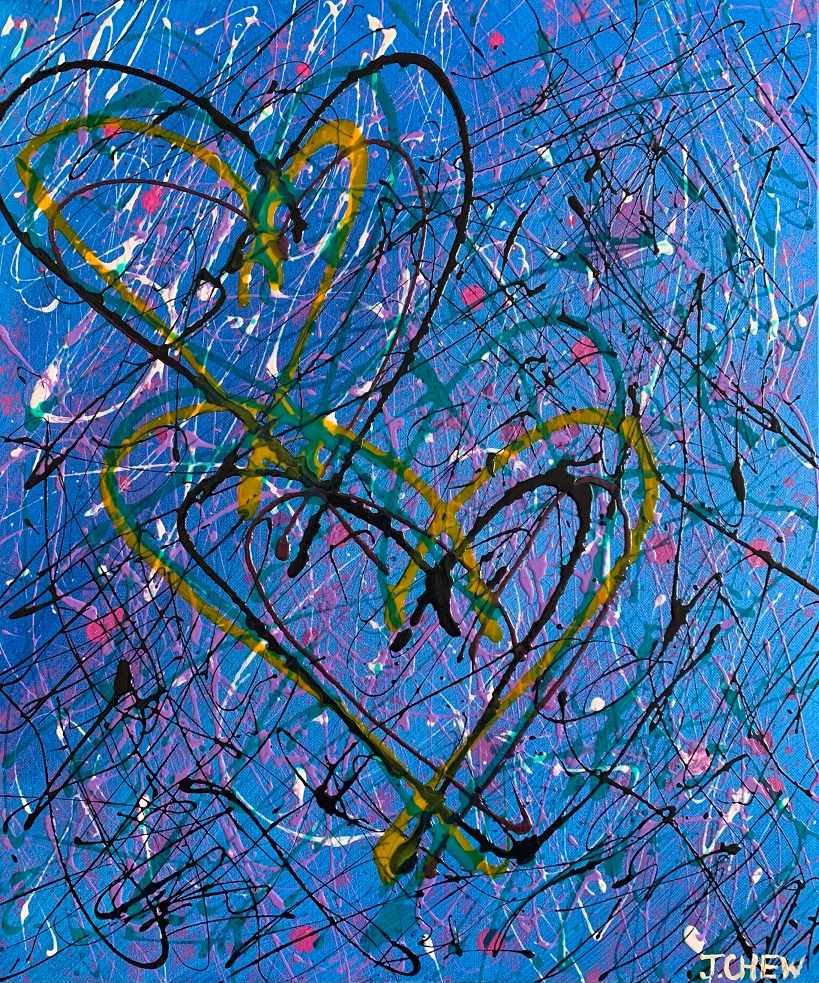 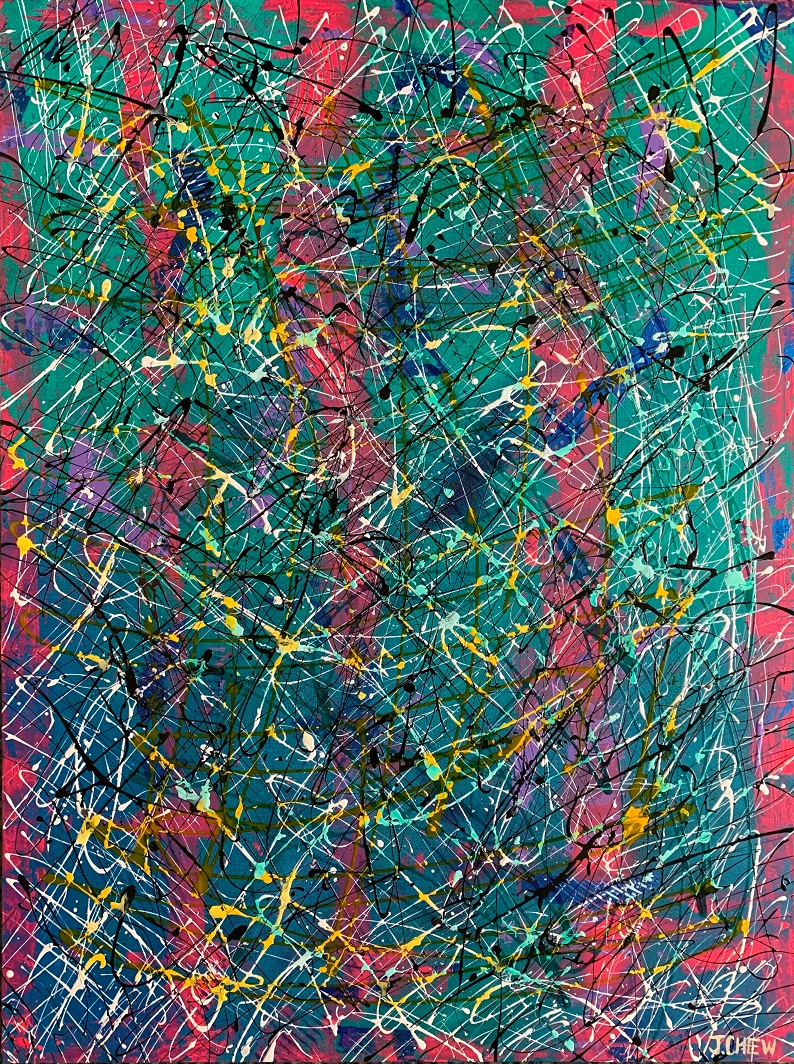 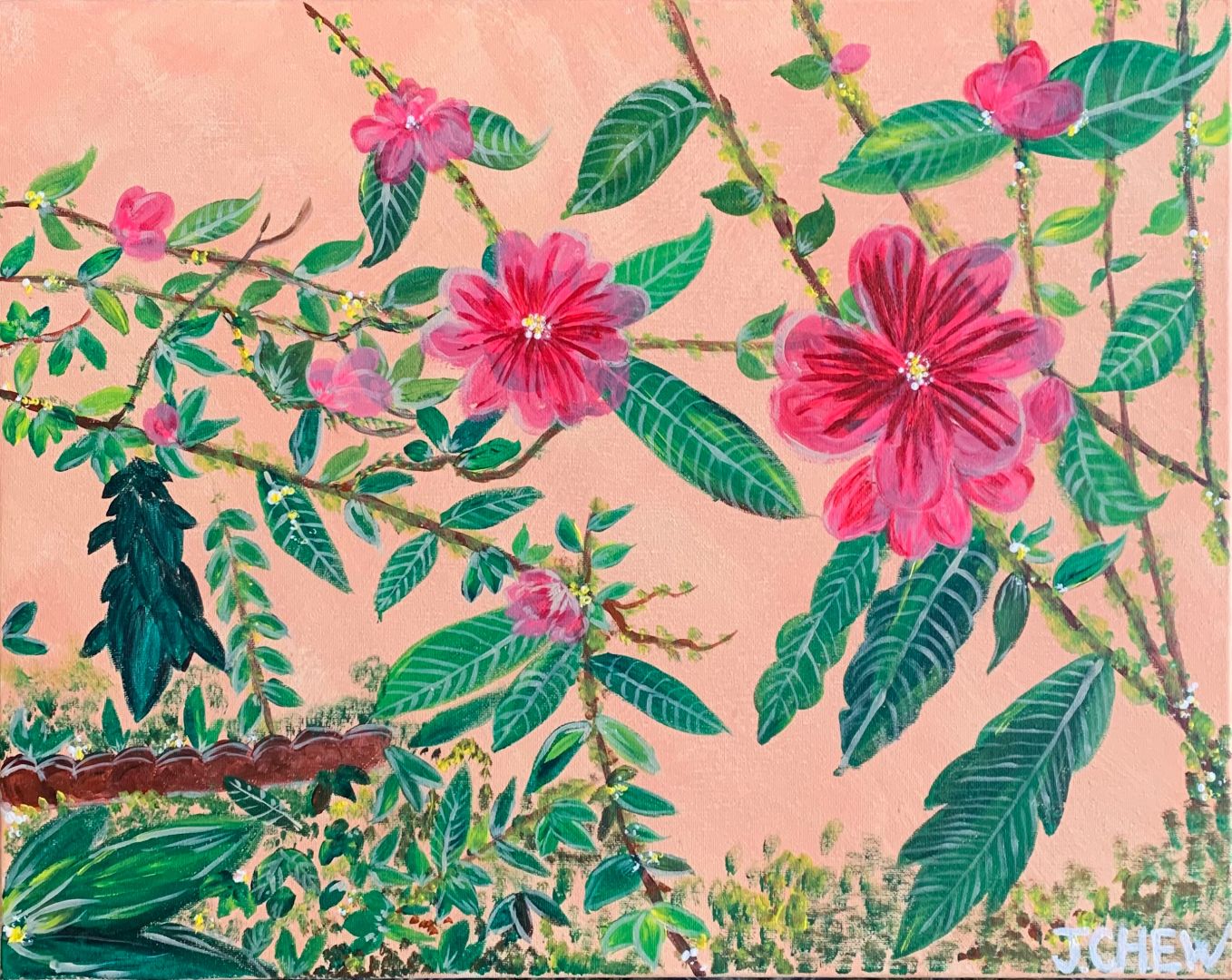 Alright, so let’s move onto what keeps you busy professionally?
I’ve been acting in LA for over a decade, and it’s definitely had its ups and downs. It most definitely hasn’t been easy. I didn’t have a car my first six months and I slept on an air mattress for a couple years until I booked my first studio film (Street Kings, opposite Keanu Reeves) and bought myself a proper bed. That’s still one of my proudest moments to this day. When I was younger, I would easily get discouraged when I hit the inevitable dry spells every actor encounters, and for a while I became so consumed with “booking the job,” I started constantly second-guessing myself and lost touch with my instincts, which is the core of being an artist. I was also constantly exhausted juggling multiple survival jobs in between auditions. One would think that when I started exhibiting my artwork, learning about setting up and striking my own shows, I would become even more overwhelmed and exhausted, but the opposite happened. Feeding another creative channel alleviated a lot of the pressure I was putting on myself. When I paint, I often start with an idea or point of inspiration, but beyond that, not much is planned out. I would just start painting, and let it all manifest on its own. It helped connect me to my instincts again. I started getting called in for more auditions, and actually enjoying the process more. Just like I took the pressure off myself of having to create a “beautiful painting” out of every canvas, I started feeling less pressure prepping for auditions. What’s the story? Don’t worry about whether or not the like you. It’s not your job to get people to like you, it’s your job to tell the story. Just tell the story. They say that when you let go and stop resisting, things fall into place on their own, and you will be pleasantly surprised. That very thing happened shortly after my birthday (November 5th) in 2019. There was one very hectic week where I had booked and begun filming a short film (Junk DNA, directed by Koushik Chattopadhyay), had my seventh art exhibition (Pancakes and Booze in DTLA, a two day event that I was late to on the second day because I had a callback), and if all that wasn’t exciting enough, one of my most favorite projects I’ve ever worked on, (the webseries “Three Chen Sisters,” directed by Elaine Wong and also starring Grace Shen, Corinne Chooey, and Hana Wu) was nominated for several awards at London Short Series, and I was flying out to London immediately the next day to meet my sisters Grace and Corinne to attend the festival. It was my first time flying out of the country since I was 12, and I had never been before. We actually screened simultaneously in London and at Female Filmmakers Fuse Festival in Los Angeles on the same day, and won awards at both. Later on that year I received my first nomination for Best Actress at Asia Web Awards. All of those amazing experiences definitely kept me going when things came to a jarring halt in the beginning of 2020 when the pandemic hit. There was so much uncertainty with even the most basic of things we often took for granted, like when we would be able to see each other face to face again. It felt like an entirely different marathon, because here we are in 2021, and there’s still a lot we don’t know about what lies ahead, and I’m sure I’m not the only one who thought we would have gotten through it be now and be back to “normal.” Finally feeling secure in my identity as an artist, learning about endurance from an early age, and most importantly the beautiful community I’ve got out here has definitely kept hope alive that we’re going to see this through.

Let’s say your best friend was visiting the area and you wanted to show them the best time ever. Where would you take them? Give us a little itinerary – say it was a week long trip, where would you eat, drink, visit, hang out, etc.
Wow…how wonderful it’s going to be when we can finally go places with each other again! I would definitely take them to check out DTLA Artwalk so we can experience all of the great artwork. I remember going with one of my girlfriends before I started exhibiting my work. We had the most amazing time, and I would love to get a spot once things start to open up again. I would also take them to support my many talented friends in stand-up comedy at The Laugh Factory and The Comedy Store. There’s also such a wealth of great restaurants in L.A., I’m excited to be able to visit eateries in DTLA and Koreatown again, to name a few. One thing my girlfriends and I used to love to do was to spontaneously pick a restaurant while we we’re out walking or on a drive. Of course, we would have to walk down Venice Beach Boardwalk, and check out The Last Bookstore (they’ve also got so much great art to enjoy within the stores). We’re going to have such a great appreciation once things start to open up and we can interact with eachother more freely. Even meeting for something as simple as coffee or hiking together again (without needing masks and staying apart) sounds like a huge treat. I’m looking forward to all of that. 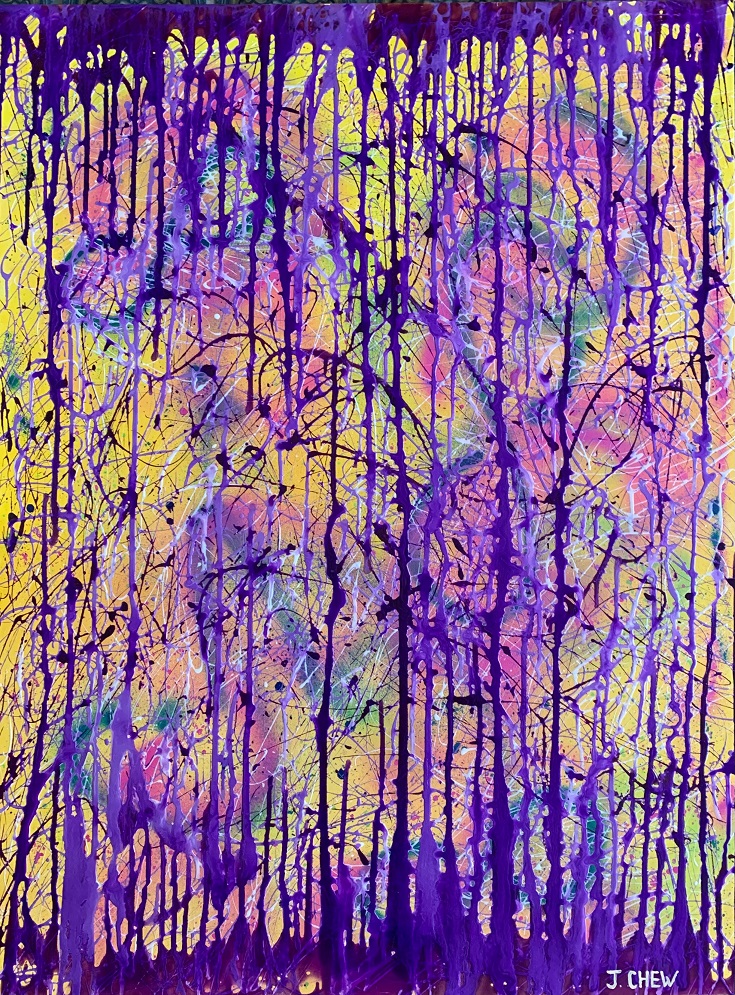 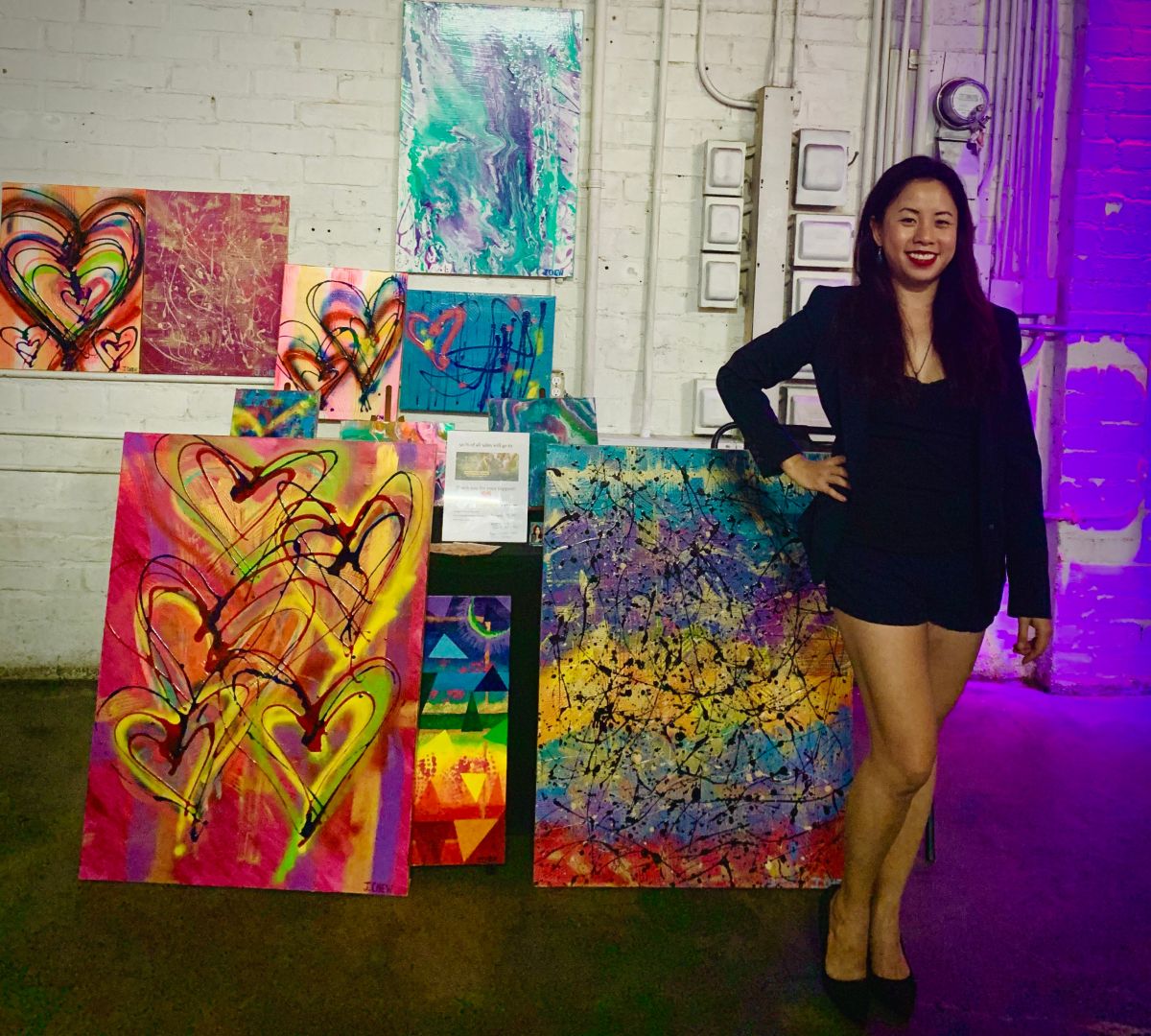 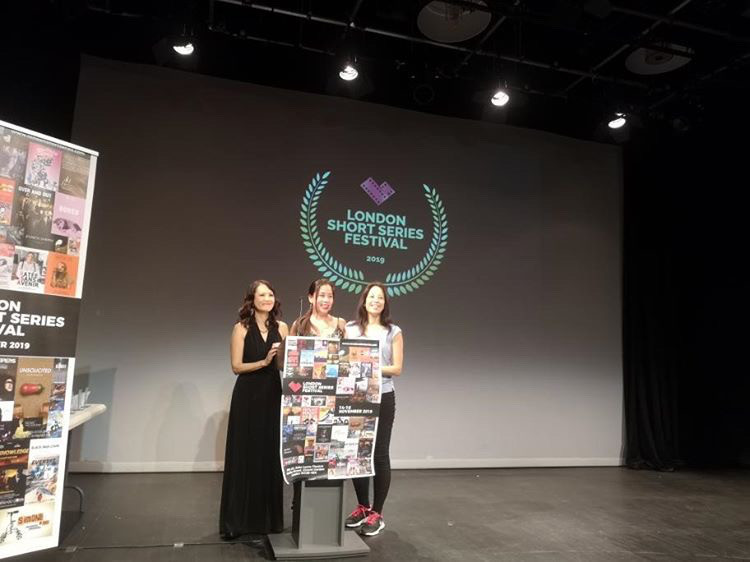 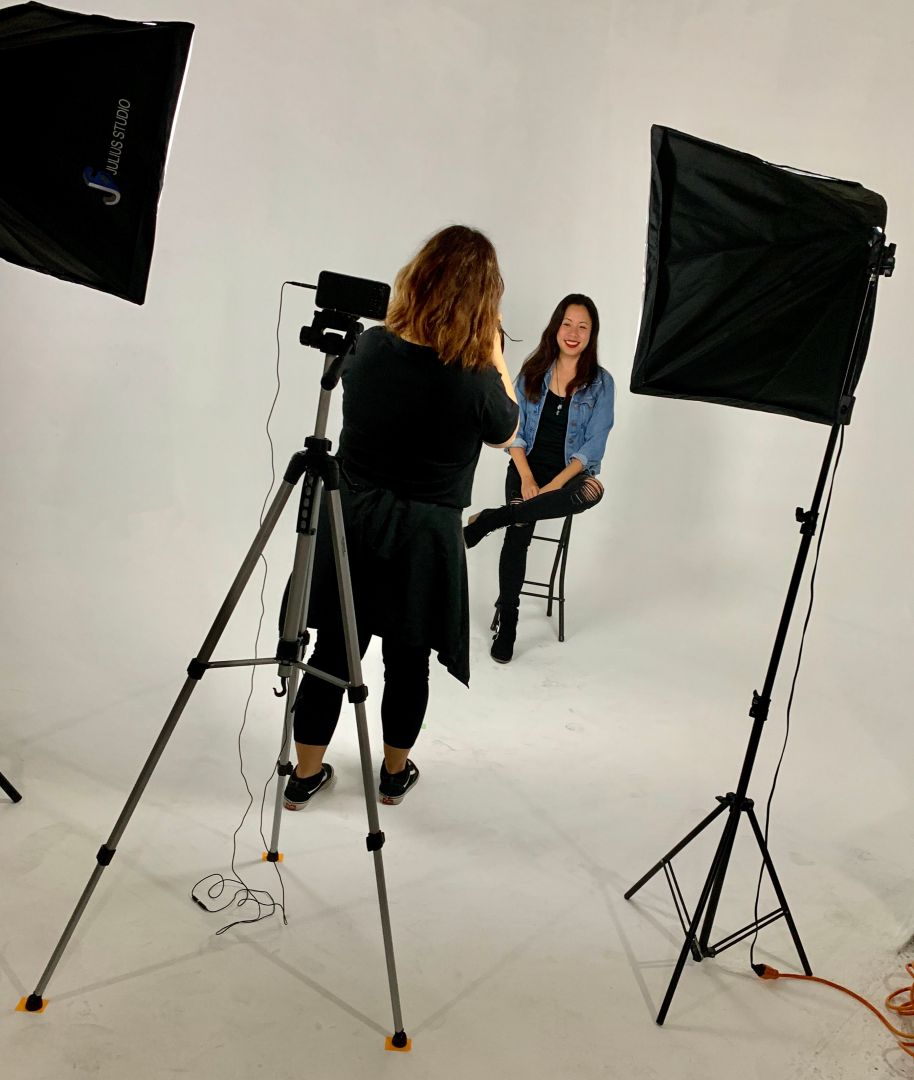 The Shoutout series is all about recognizing that our success and where we are in life is at least somewhat thanks to the efforts, support, mentorship, love and encouragement of others. So is there someone that you want to dedicate your shoutout to?
I would like to thank my amazing manager, Jennifer Pressley of CSP Management. I’ve been so blessed to be able to work with her these past few years. She works so hard for all of her clients and truly cares about everyone. Despite all of the uncertainty of the pandemic, she continues to find me incredible opportunities and kept me motivated in both acting and my artwork. It’s everything when you surround yourself with people who believe in you. I’m so grateful for my family and community that have come together since moving to LA, and also to loved ones back home in San Francisco. Dealing with the pandemic and being in isolation has been challenging, and I’m glad we’ve all managed to stay connected.