We had the good fortune of connecting with Joe Nora and we’ve shared our conversation below.

Hi Joe, what led you to pursuing a creative path professionally?
Growing up both my parents were, and are, artists. My dad being a musician and a writer and my mom a photographer and a painter. I grew up in a very art centric household and went to very artsy schools for most of my life. I think going into high school I struggled to find anything that really felt like a career path. Even though I had played music in school it still wasn’t anything more than another class I was supposed to take. Despite my parents artistic influence I never had a clear thought that I would follow in their footsteps like many people do. I kind of always just expected something to come to me some day that I wanted to do and I would start doing it. That came in high school when I found my love for audio and music production as well as a beginning for my love of photography. I knew it was what I wanted to do because I simply couldn’t stop doing it. Staying up late perfecting a beat when I was supposed to be doing homework, getting so excited when I had figured out how to do something I had heard in a song somewhere, or any of the other times I simply did not have any interest in anything else. I think as we go through life we have interests and inspiration from the world around us but what is really the most useful to us is what we already know and have experienced ourselves. I just needed to find it on my own terms. I began to look for a sound and a style that was true to me that I didn’t have to take or copy from anyone else. Everything sort of fell into place for me over time. I have used my obsession with beats and sound design to kickstart my own career in music and am now able to expand my business into freelance photography and audio engineering for others as well as myself. 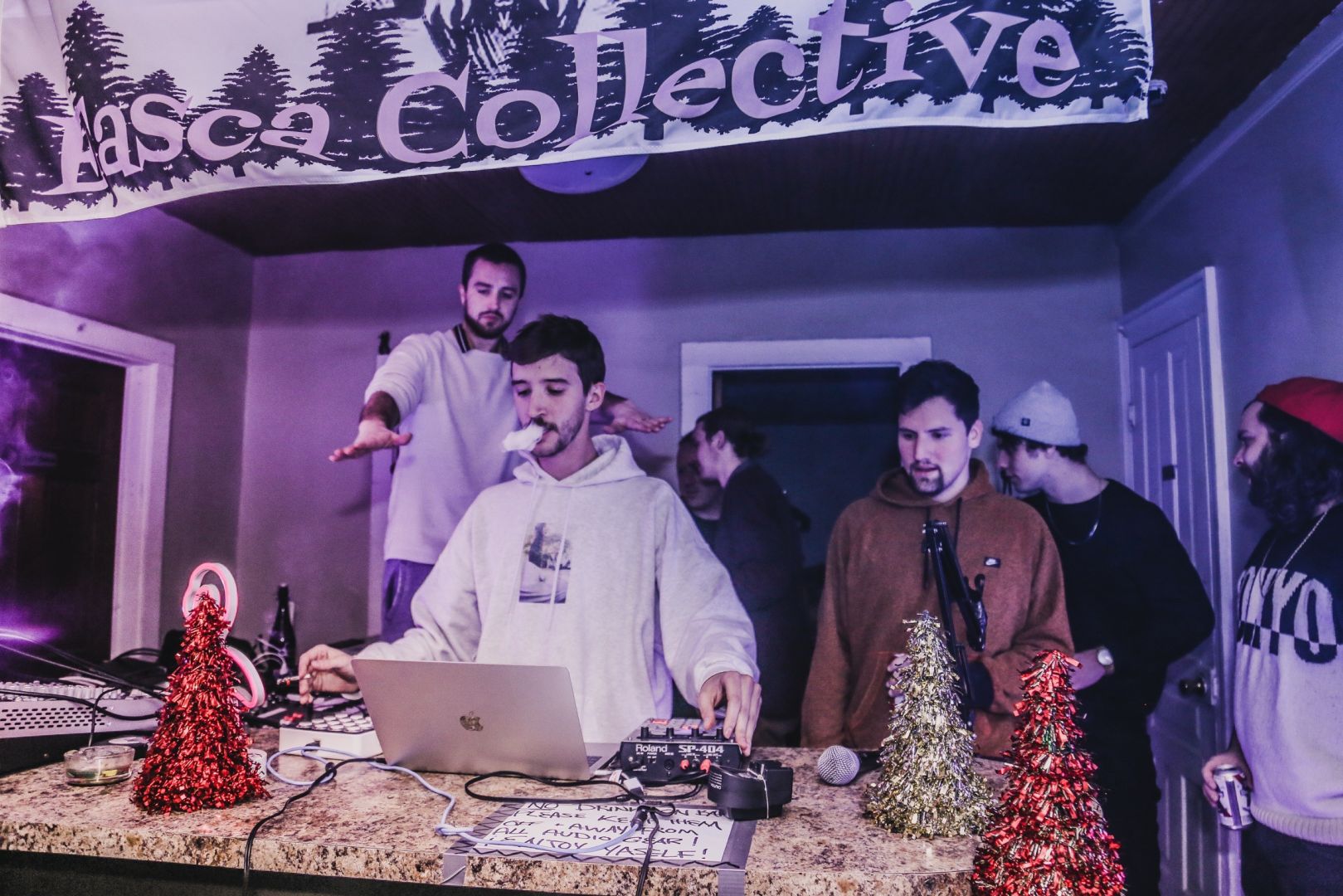 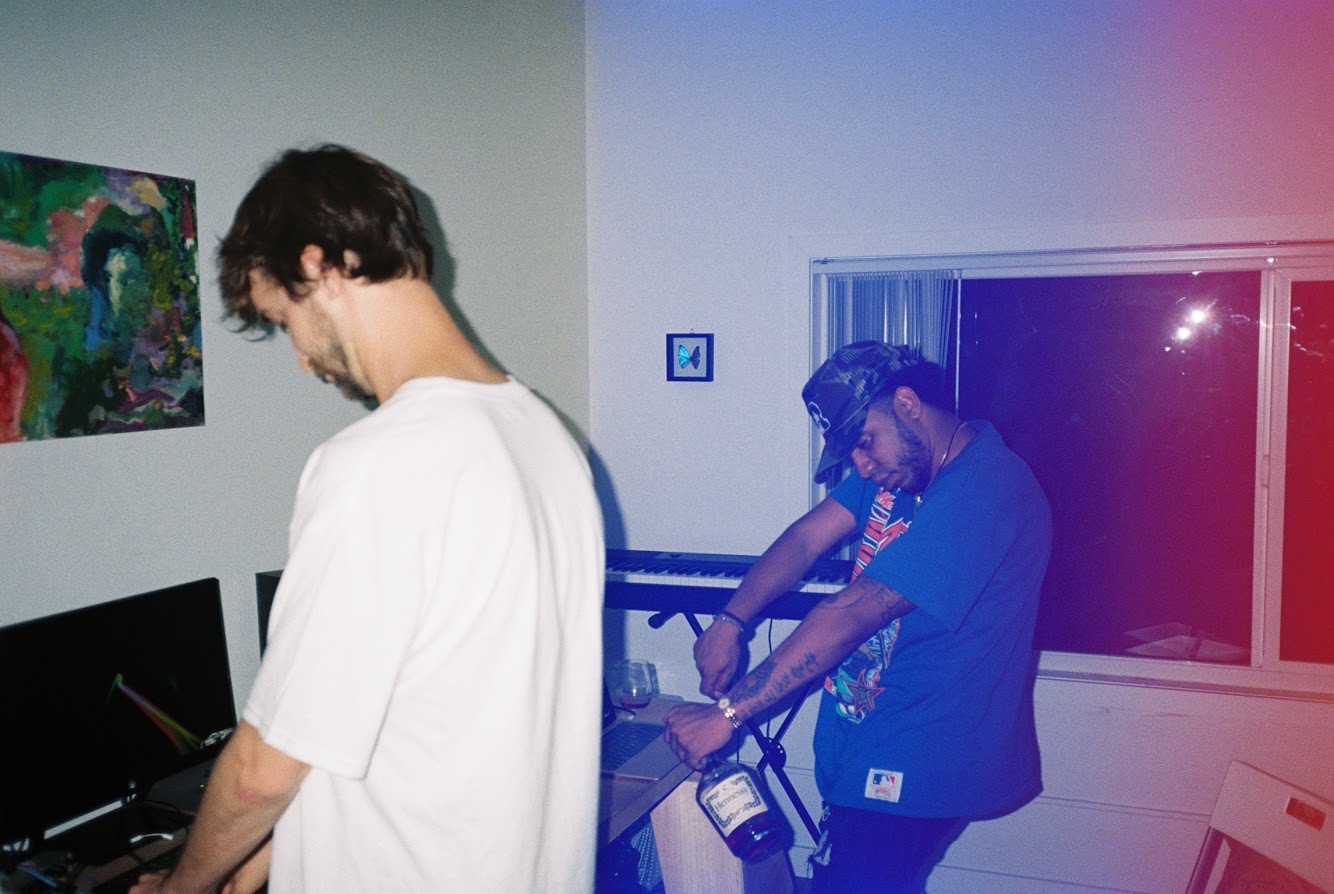 Alright, so let’s move onto what keeps you busy professionally?
I think it is difficult to say what sets my music apart exactly, and to me that is part of what I am proud of. I take a lot of inspiration from nature and more specifically water. I often use things like samples of sticks, bamboo, rocks, water droplets, apple juice in a bottle and other natural things instead of drum samples and synthesized sounds (although these are often needed to supplement the organic sounds). My percussion and drums have been the aspect of my productions that have gotten the most praise and I believe it is because of this use of organic material as well as the intricate layering required to turn a bunch of random nature sounds into a beat. I am a ruthless perfectionist and my productions used to be way too complex and full of sounds which I would obsess over until I thought they were absolutely perfect. I think that this has helped me but I have also had to take a step back and get more minimal over the years as well, learning a balance of the two. It used to frustrate me that I felt like I could only make a certain sound but then I began to realize it was also a strength and it would be more effective in creating a long term sound for myself. Starting with hip hop, I transitioned to a more electronic sound as I got more skilled and influenced by that side of production. Coming back years later I found a balance between hip hop and electronic and tried to carve out my own sound that could exist on its own and the intricate programming of electronic music helped me add more elements to my productions that might help me stand out and grab more listeners. However, none of this is specific only to me, many other producers can probably say similar things about their journey or process. I think I also learned over the years that not everyone listens to music for its complexities and interesting production techniques. Learning that the mood and feeling that you get from a piece of music is more important was a big turning point for me. Focusing on that and learning to listen for the feeling I wanted to convey was when things began to really work. I wanted to convey the feeling of being underwater, of being in a dream, of being in a new and beautiful place you’ve never been and other things. Trying to create and listen for that feeling and then stop when you feel it was the key and although sometimes it can be easy for me to start to make something that is just cool and complex, I try to steer myself back toward that feeling based creation.

If you had a friend visiting you, what are some of the local spots you’d want to take them around to?
I am an avid “spot hunter” in my free time. What I mean by this is usually remote or tucked away spots in areas of nature or a mixture between nature and city scape. If someone was visiting I would take them to the sunken city in San Pedro, one of the first spots I found after moving to LA. I would take them to Amir’s garden in Griffith park, a beautiful little piece of land in between hiking trails that feels like a little jungle on a hill with nice spots to sit and talk or doodle or have lunch. As far as nightlife, I would definitely hope to be able to take them to a Not Evil event, my friends monthly concert that they threw, before the pandemic put them on pause, which have now begun to happen once more. They are DIY based shows usually showcasing a range of talents in the Underground Hip Hop scene here in LA and always have a really great atmosphere. These events used to take place at Thai Angel Bar in Korea Town, a great little bar that also serves delicious Thai Food late into the night, a great spot to check out on its own. However the restart of Not Evil Shows are now happening at Salem House Thrift Shop which has a great performance space and some amazingly curated vintage clothes as well. 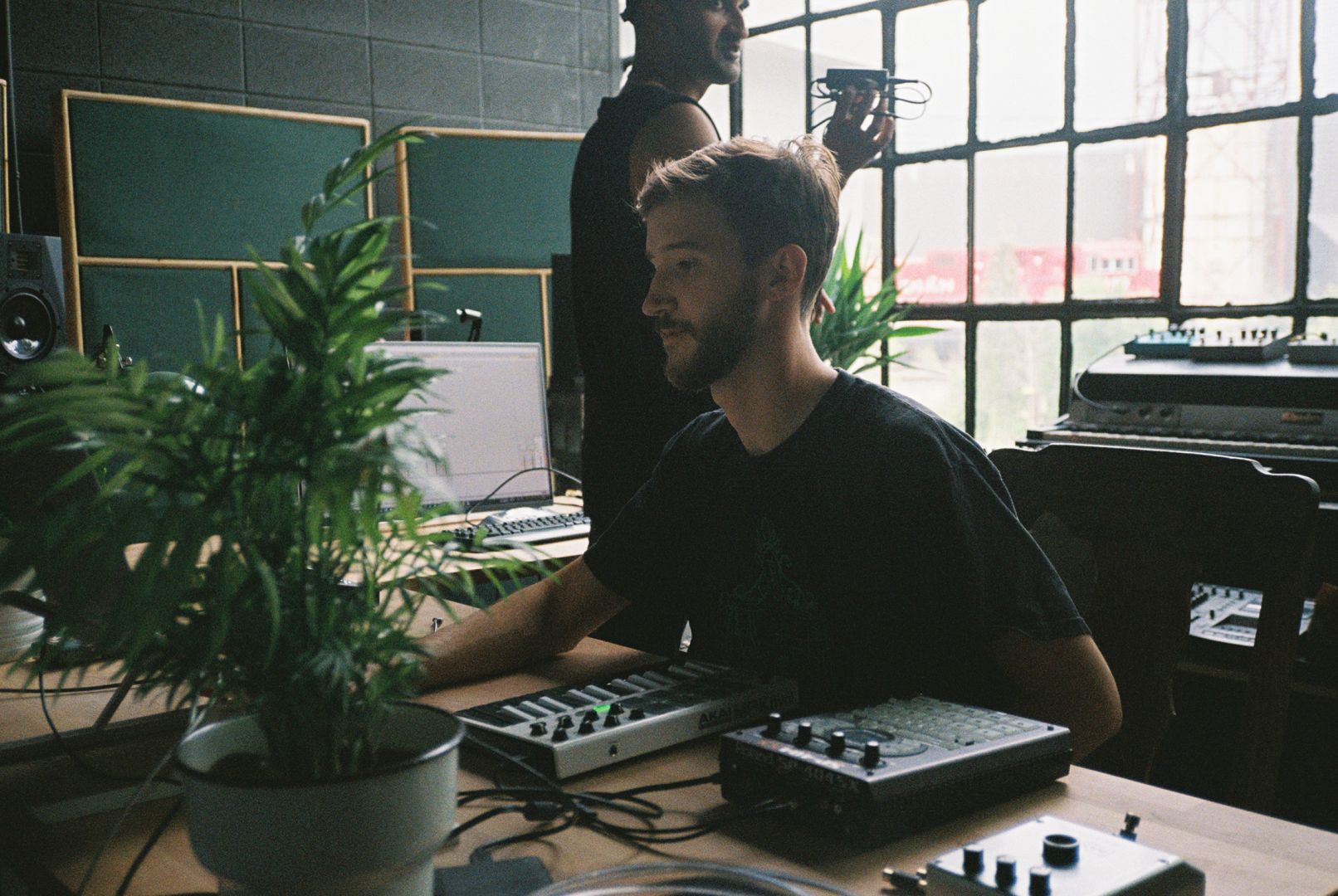 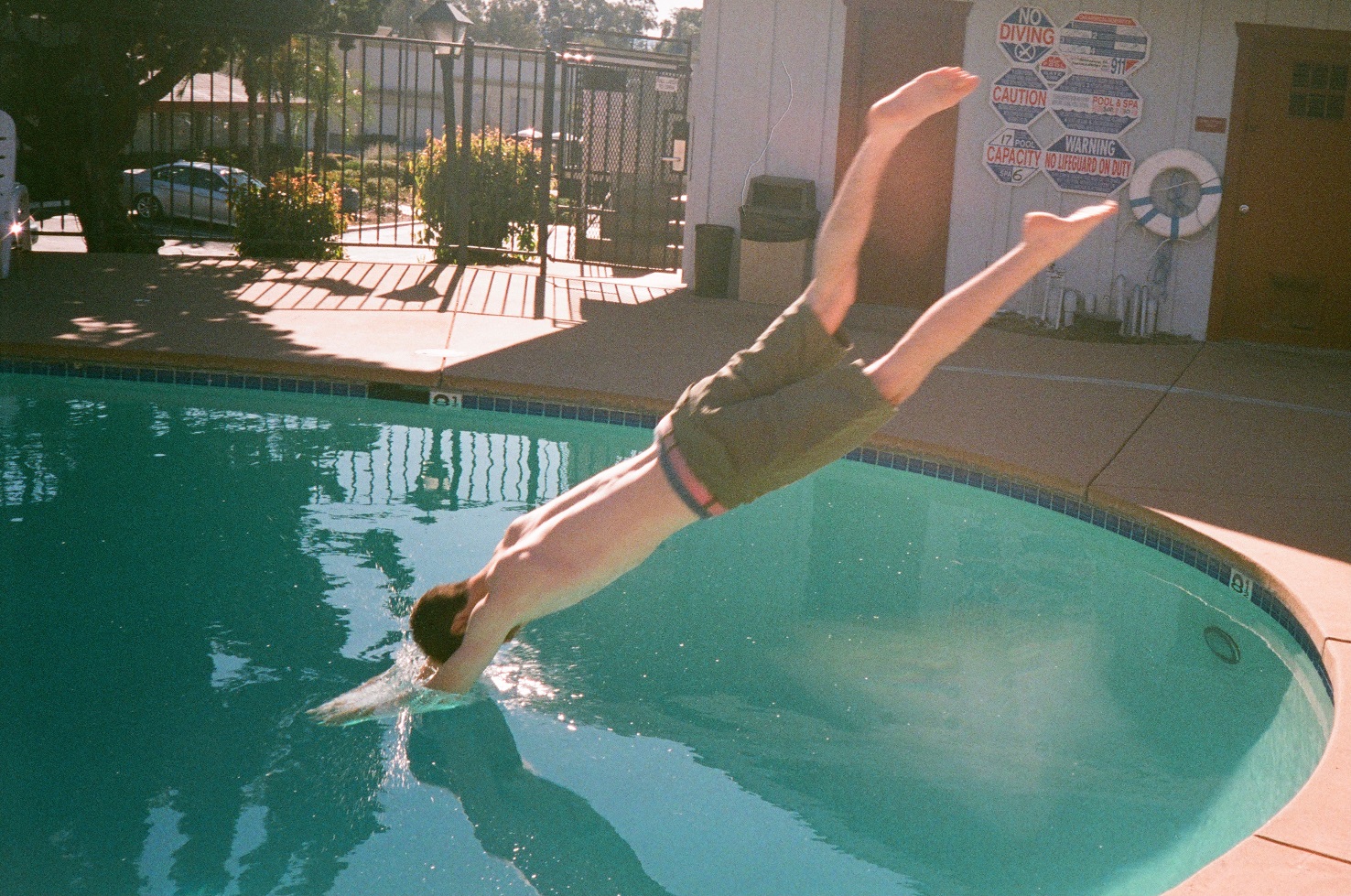 Shoutout is all about shouting out others who you feel deserve additional recognition and exposure. Who would you like to shoutout?
My biggest mentor I can say without a doubt has been a teacher from my high school. Derrick Broudy was my Humanities teacher freshmen year but he also was the one to introduce me to the world of music production. Mr. Broudy taught a Hip Hop Intersession class which was a weeklong session of class in between school terms where we could choose one class to take all day for the week. I chose his Hip Hop class mostly because my best friend and I heard that we would be given Reason, a music production software and would have some time to learn how to use it. We also learned about all other aspects of the culture of hip hop, watching movies about the origins of it and discussing them after of course. It really felt like summer camp rather than school, watching movies in the morning and then splitting off into groups to study the aspect of the culture that we were most interested in the rest of the day. My best friend and I were maybe the only two who sat in the room and just tried to make beats all day, if we could, while others split off to do their best at the other aspects of the culture. Cyfers for the MC’s of our group, break dancing for the dancers, and graffiti for the visual artists of the bunch. Over the years Mr. Broudy would continue to encourage us to keep producing and would also end up rapping on some of our productions as we got better over the years, something that I felt was a huge honor at the time as he once was friends and roommates with a member of Zion I, a group that I was very into at the time. Mr. Broudy, who went by Veda36 if you want to look up his music, was the first person to open us up to the world of beats and make it seem possible that we could even make them. My dad was a guitarist and most of what I had seen before this about music was all based in live instruments. I always felt that I didn’t have the patience to sit and master an instrument. Also all the hip hop beats and other music I listened to just seemed so far off and magical that I really didn’t realize it was possible for someone like me to make it until he showed us.