We had the good fortune of connecting with Joel Douek and we’ve shared our conversation below.

Hi Joel, what led you to pursuing a creative path professionally?

I tried not to! I started out wanting to be a doctor, actually first an astronaut and then a doctor, but got sidetracked into Neuroscience and finished a degree in Human Sciences & Neurosciences at University College London. I left the UK less than a week after finishing college and intentionally brought no instruments with me, nothing to create with, so I could get a “proper job”. I moved to Paris with the promise doing some kind of PR work for a design company. But they had no need for PR. They needed me to sculpt and build artistic lamps, and to gild walls with gold leaf. So I did that, very happily I should say! Music also crept back into my life pretty quickly (I mainly play drums, percussion and piano) and I joined some bands and jammed a lot in underground basements while grungey young French people wailed into microphones.

When the art job ended I taught English for a while and then on a whim followed my heart to the Paris Air and Space Show, and with resume in hand walked into the European Space Agency and asked for an internship, on my path to work in Space. They took a look but I had totally the wrong qualifications – no astrophysics or business administration on my resume. I left, feeling dejected but on my walk home saw another big building and walked into that instead. It was the UN – The United Nations Education Science and Culture Organization to be specific, and I thought: well if I don’t find something in that big title, I won’t find anything anywhere. But they jumped with interest and sent me this way and that for interviews and before I knew it, I was working in the office dealing with the Chernobyl disaster. It became a “proper job”, and I became a specialist in Chernobyl, understanding the science and communicating social and medical needs to governments willing to help. And that brought me to New York City, home of the UN Headquarters, where I worked for another six years on Chernobyl, landmines and various kinds of humanitarian disasters. I wanted to make a difference in the world, to help stop the suffering. In my lunch breaks I would go and play a Steinway piano I found largely neglected in the library building, and by night I would don my leather pants and play in bands around town. I used every penny of my salary to buy music equipment, which again I had intentionally not brought with me. But some form of creating  always caught up with me and soon I was writing music for the UN documentaries I was producing.

I had been increasingly unhappy in my job, dealing with so much human tragedy and torment every single day. My wise friend and office mate Kaoruko Seki turned to me one day and said: “Instead of trying to take the misery out of the world, why don’t YOU try to put beauty into it?” She was right. Perhaps I was better suited to creating good and diluting out the bad. It took a while but I quit my job of six years and tried my hand at music as a profession, without any proof I could earn a living doing it. But I’d developed some skills and quite quickly landed a job about as diametrically different to what I had been doing at the UN – as a music editor for Pokemon. And that led to composing for Yugioh and onwards to my career as a film and television composer. Why did I pursue this artistic career? Because it was the only other thing I maybe knew how to do. 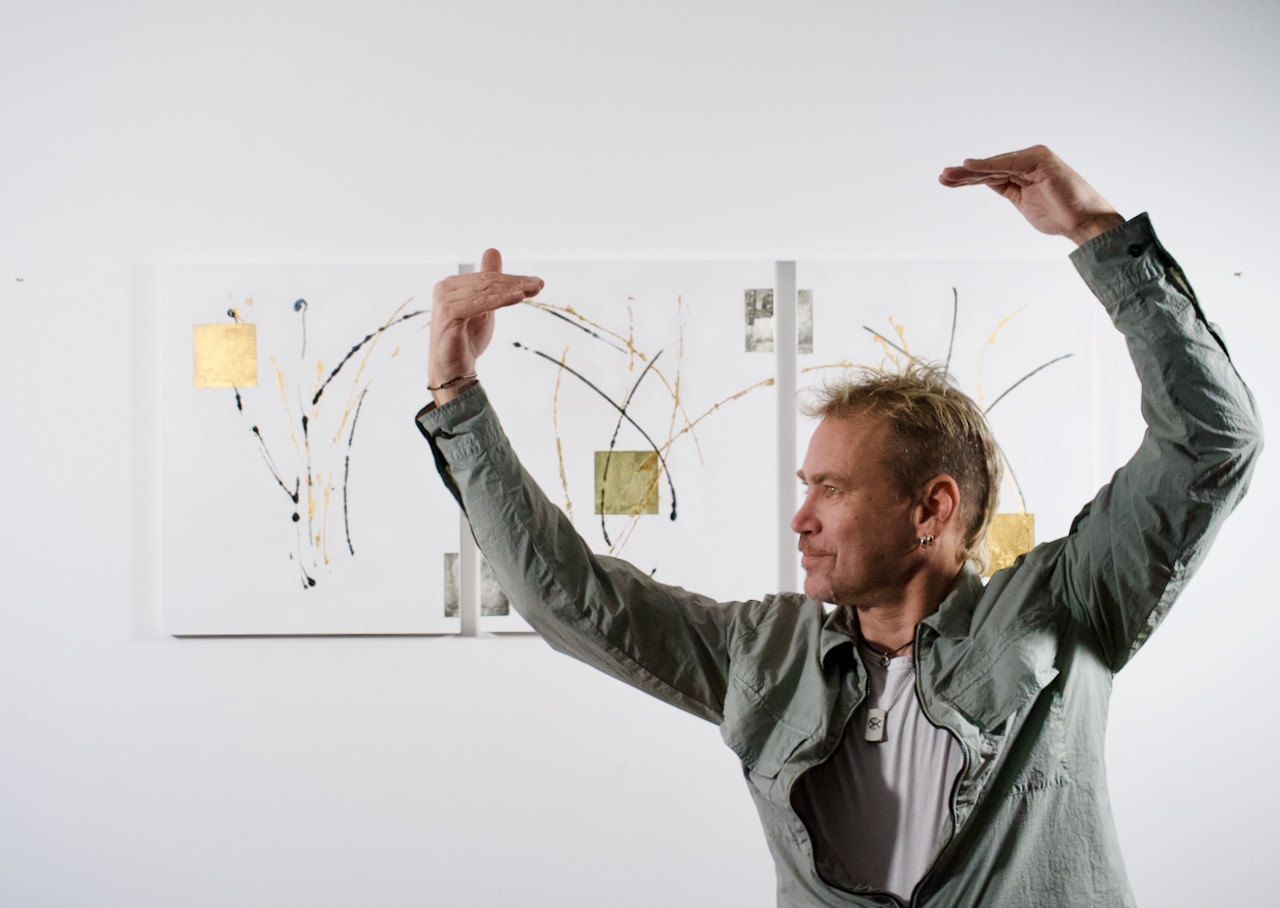 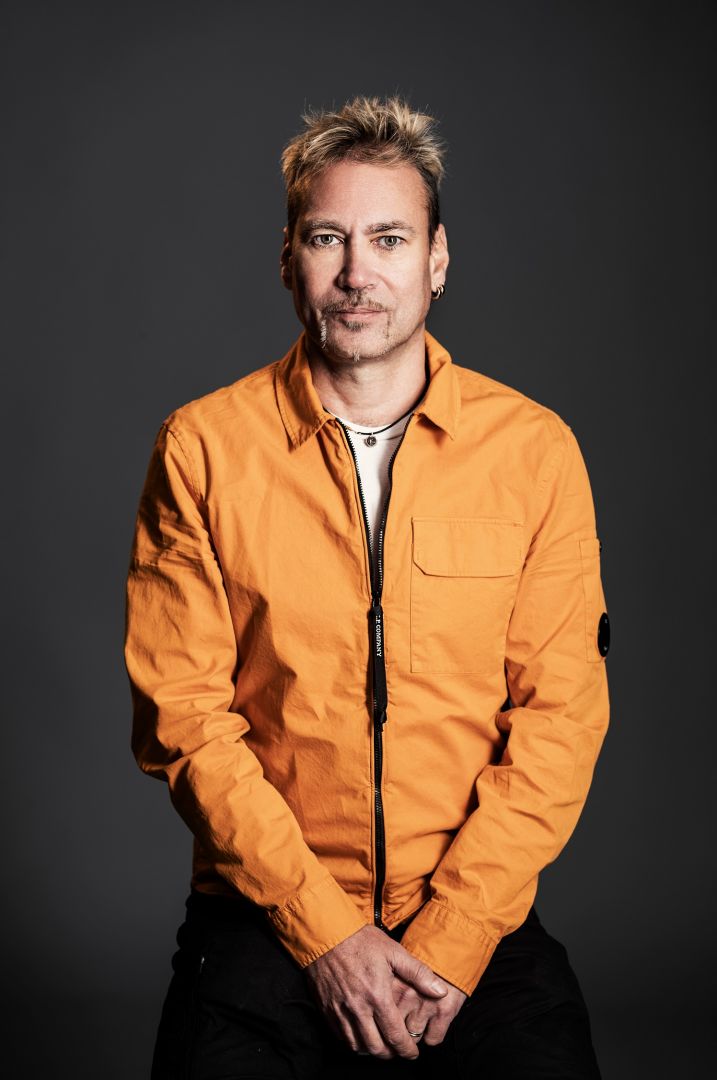 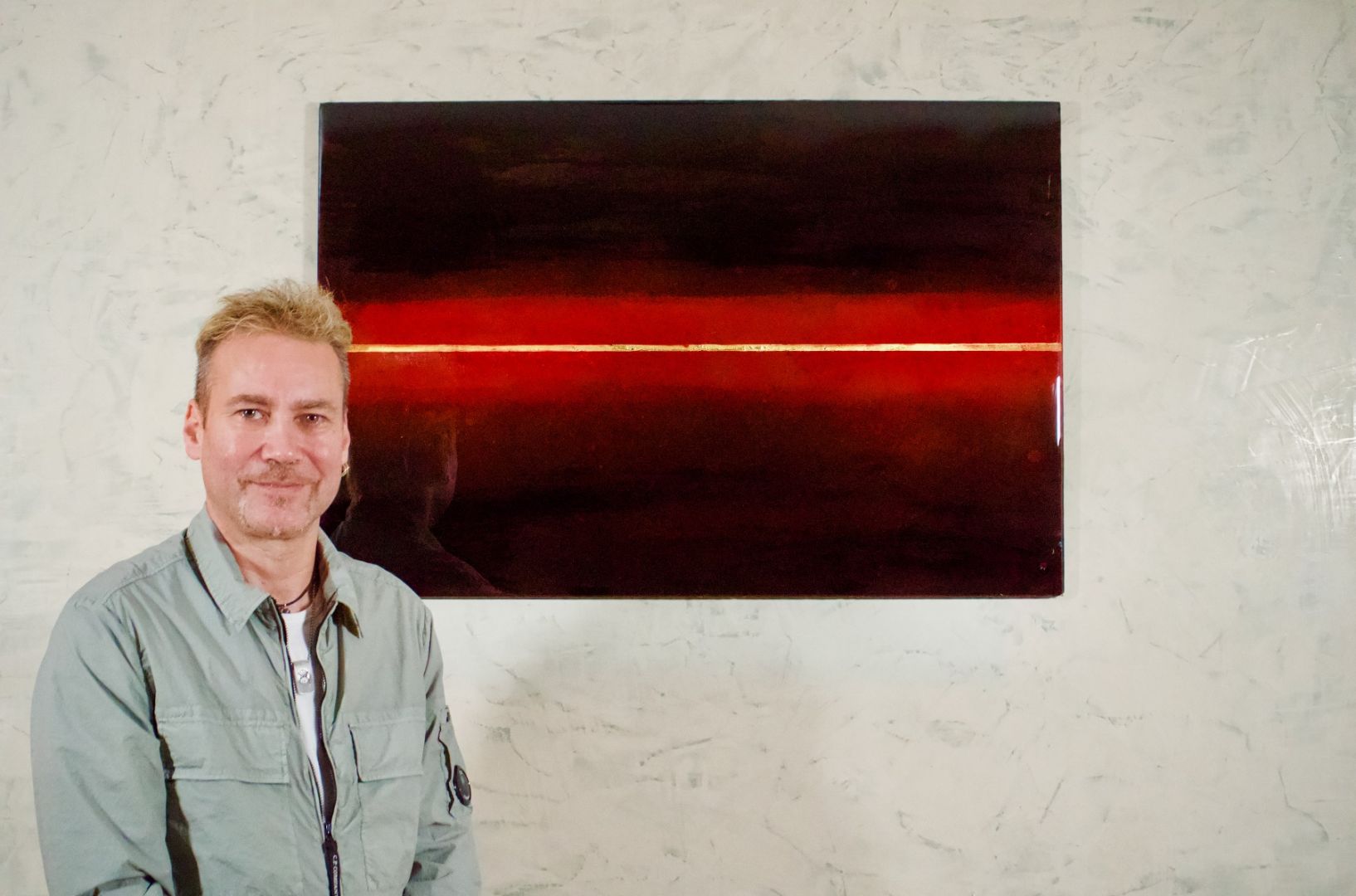 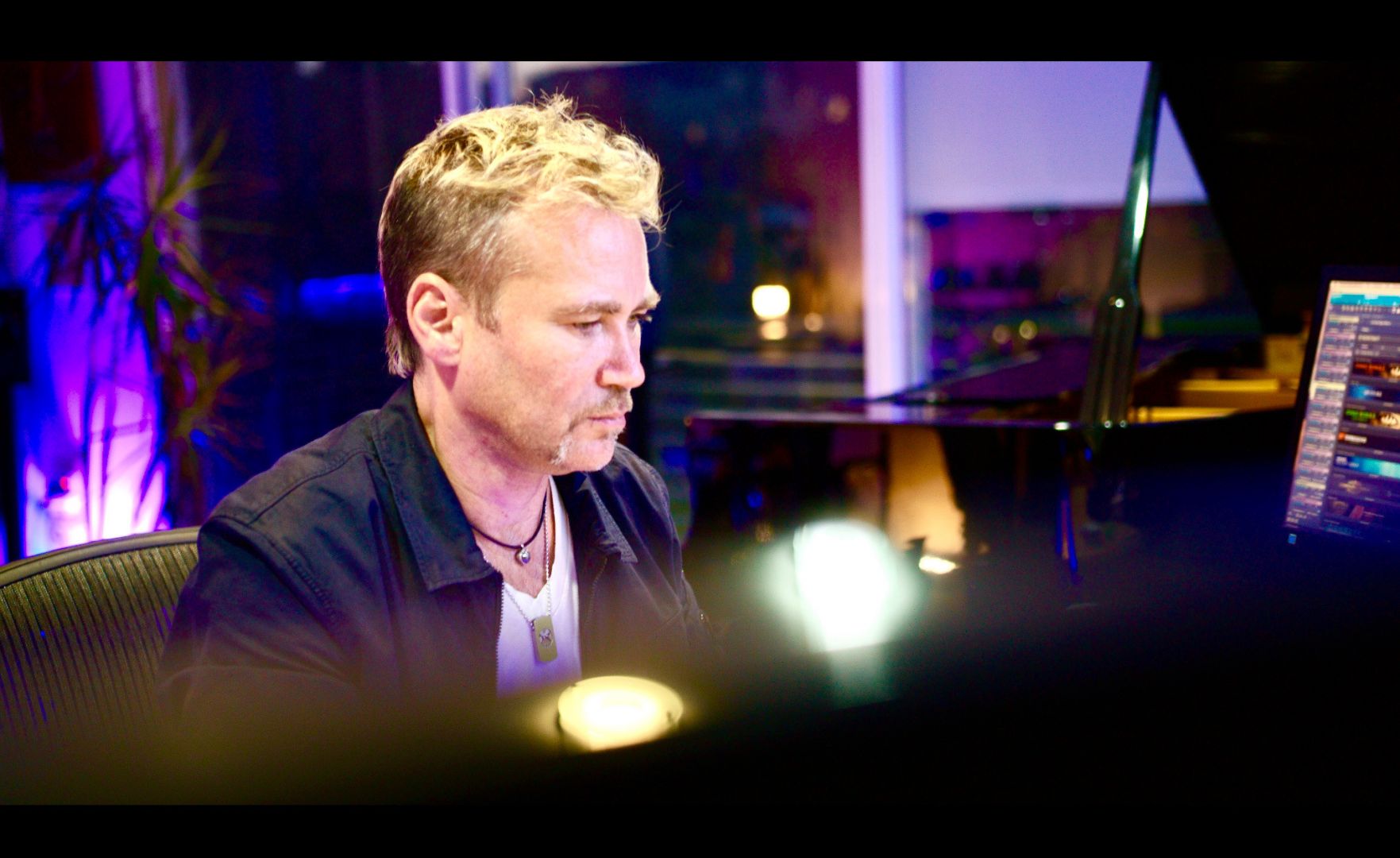 I made a curious decision some years back. I decided not to try to become the greatest composer and somewhat took myself out of the running. Now that I am working a lot of visual art and sculpture – a new career – I also decided not to try to be a great artist. Instead I chose to just explore what it means just to be a great creator. In making creativity the sole focus, all doors are open – art, music, writing, inventing, anything! I choose to explore a more multi-disciplinary path that I think is my truest nature. Between work on art pieces and music, and also on immersive and extended reality projects, I like to push just outside my comfort zone. So I can keep learning, keep growing, keep going, no matter what. I love to take on projects that not only I have never done before, but that no one has ever attempted. To be willing to take creative risks and to be willing to fail. It absolutely hasn’t been easy and still isn’t. I often think: I wouldn’t wish my life on anyone, but I also wouldn’t give it up for the world.

The greatest challenge is in always remembering that creativity does not come from your conscious mind. It comes from the unconscious one. So we have to be willing to sideline the ego, even if it screams in opposition. All we can do is to set the table well, then perhaps The Muse will come and visit.

In my art in particular, I take this idea to the extreme. I have to be willing to relinquish almost all control during the creative process. It’s not about me – it’s about natural processes and giving those a canvas to express themselves however they choose. It’s about understanding nature as the artist and pointing people to the inherent beauty there. Then maybe to point out that you are also part of nature, so you are art, and so you are beautiful and worthy too.

I think that because I have already weathered the music industry, I can feel a certain freedom and innocence in the art world, and to keep creating just from curiosity. I can find a freedom from the weight of others’ opinions, or any rules or formulas of what to do or not. I can see right to the beating heart that is the source of all the magic, and it is the artists themselves and their creativity. They are the fuel that makes everything come alive, and I want always to honor and learn from the artists, and the often unsung risks they take.

I also want to highlight that so much of what I currently do, this diversity of pursuits is perhaps only possible in Los Angeles. While it is a city that rarely applauds itself, it is positively bursting with creative talent in almost every industry. The firm footing here that the big tech companies are creating – Netflix, Apple and Amazon – as they expand into film, television and immersive media, means many opportunities to work alongside the brightest and the best. I deeply believe that whatever you can dream up, you can do it in LA.

I’m very much a foodie, and Los Angeles has become a foodie’s paradise over the years. So any tour of LA that I would recommend would inevitably be driven by good restaurants. Starting far afield, I take people to Malibu to Point Dume, enjoy the beautiful and wild ocean views, and then stop at Malibu Seafood on the way back to eat fish & chips. In Santa Monica, assuming a mid-way purge or miraculously empty stomach again, We would head to either Uovo for a plate or two of the finest pasta or to Blue Plate Oysterette for some oysters & a lobster roll. A walk along Ocean Blvd to digest and maybe some shopping along 3rd Street Promenade.

I would take them to “Little Osaka”, the area around Sawtelle, to walk around and poke in and out of cool shops like Black Market. And then either some ramen at Tsujita, or Xao Long Bao soup dumplings at Dan Modern Chinese. A quick stop for food shopping at Japanese supermarket Nijya, and we’re off to the next spot: LACMA. There we could check out both new and permanent art exhibits, walk among the majestic lampposts, and grab a bite at the LACMA cafe or from one of the many amazing food trucks parked outside.

Weaving towards the Hills we can stop at The Grove, eat Singaporean at The Banana Leaf. After shopping at The Grove, a drive up Sunset Plaza to Mulholland Drive to see the sunset and incredible views of the Valley and the Santa Monica Mountains in the distance. As nighttime falls, KTown is the next destination for amazing Korean BBQ and into the late hours, maybe some Korean Izakaya at Dang Sun Sa. I’ll let my friends delve into the LA club scene on into the night, I’ll sit that out! 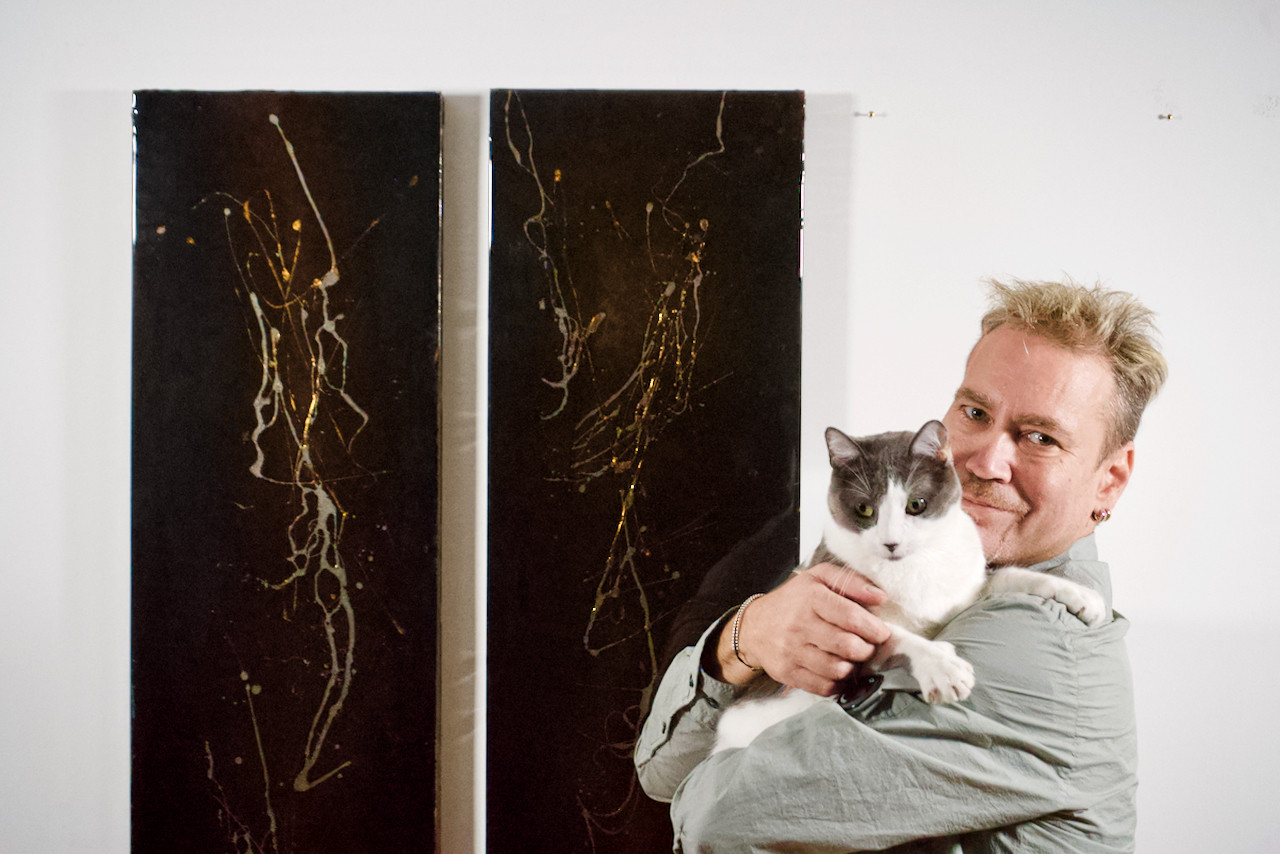 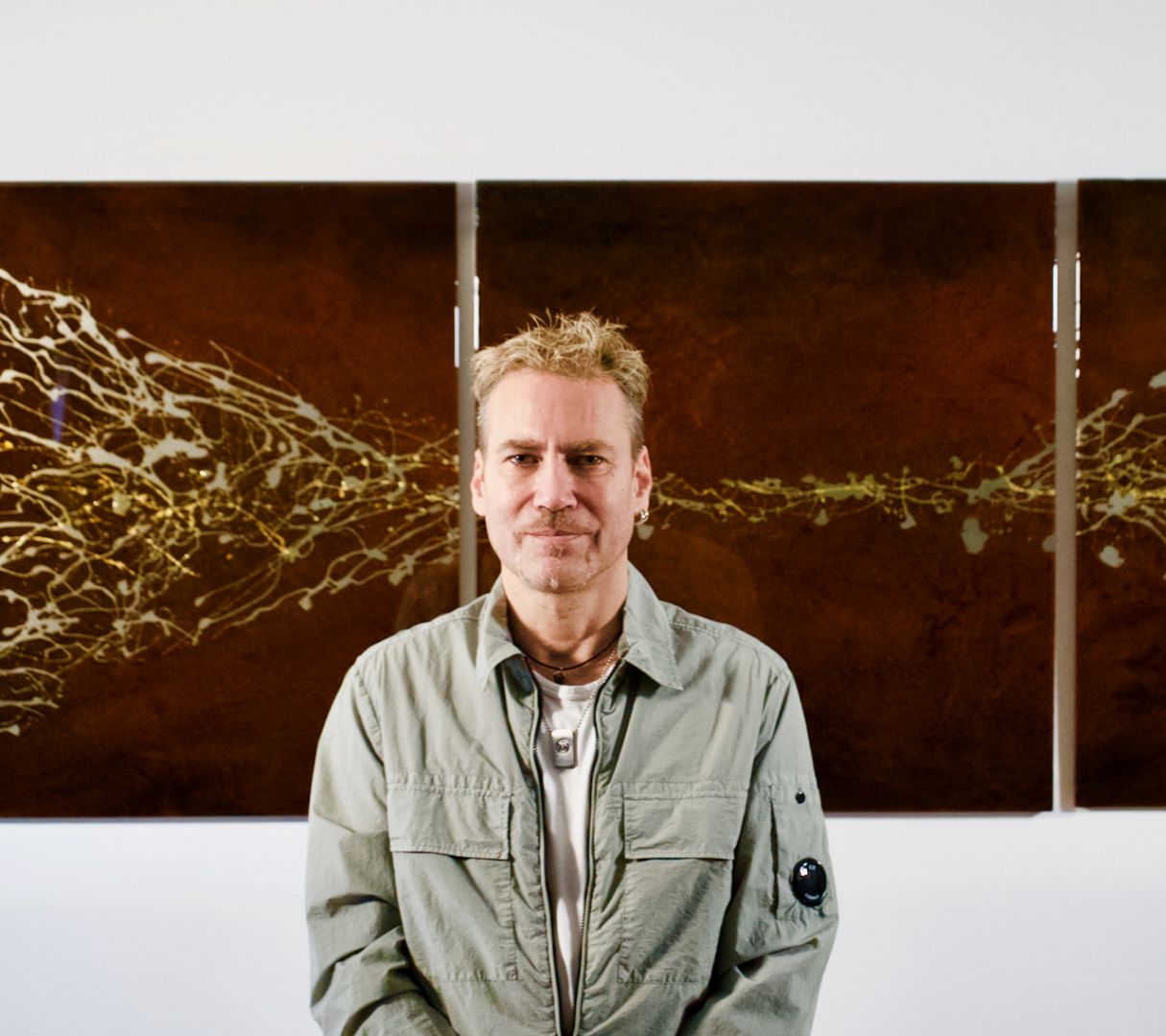 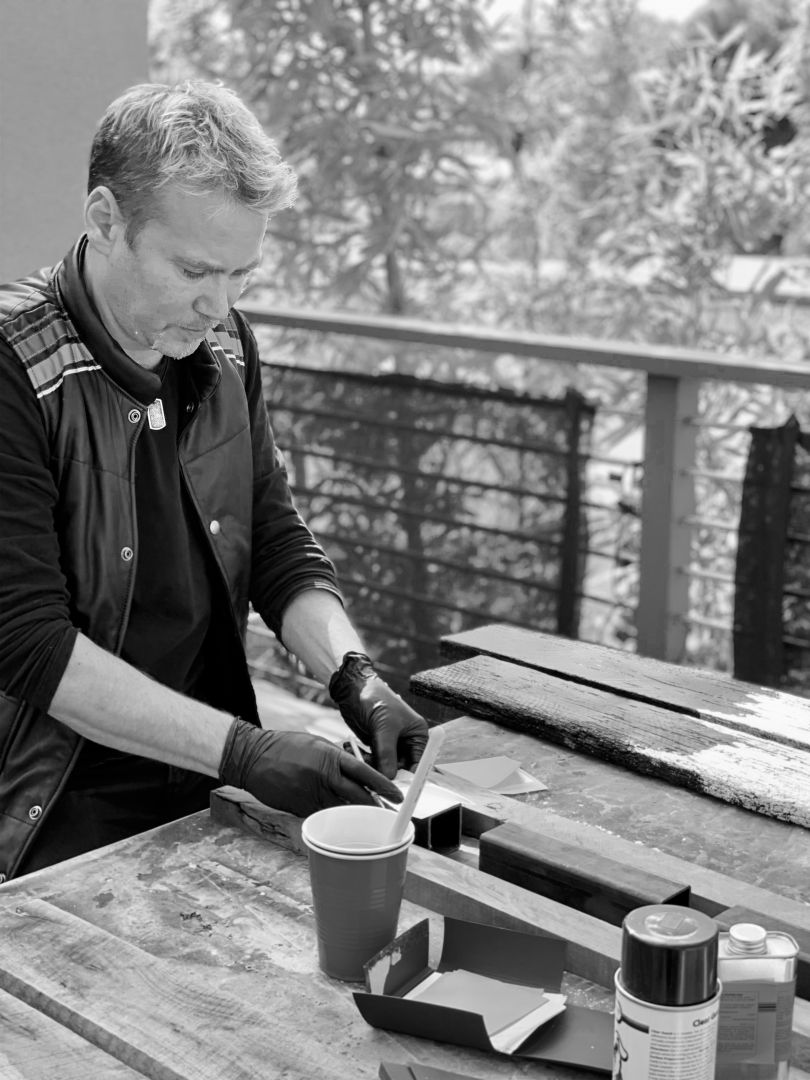 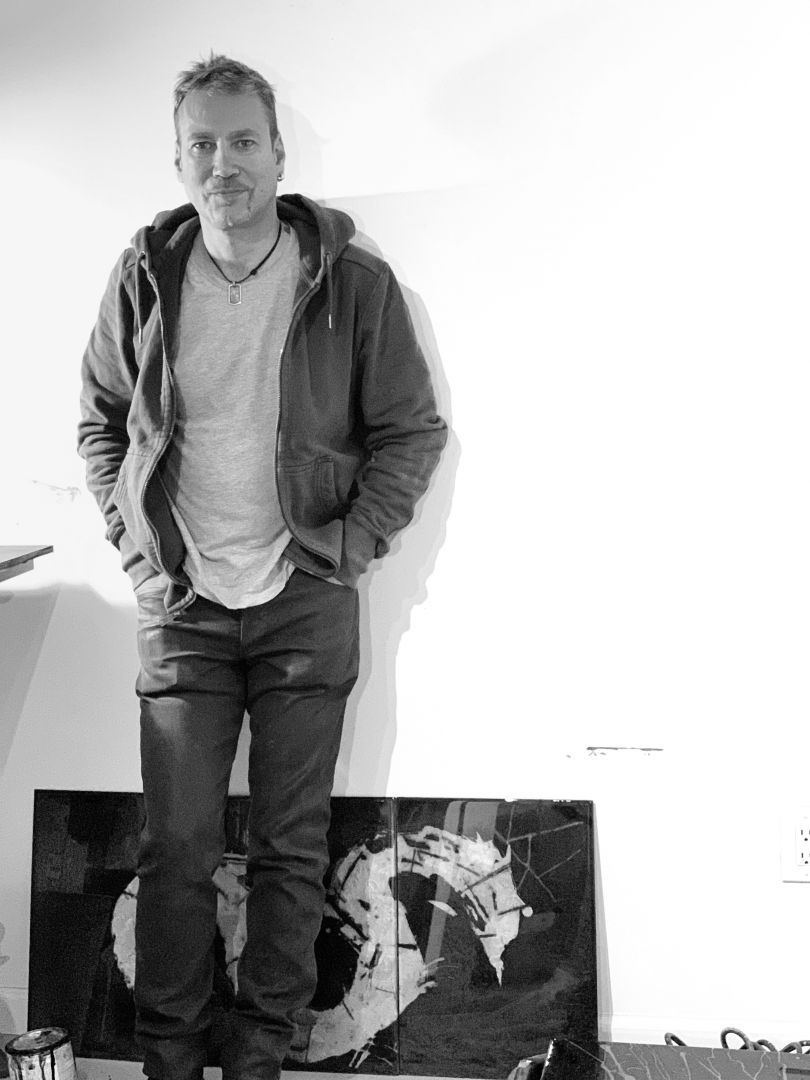 My entire life is balanced on the shoulders of amazing musicians, artists, creators and people from all walks of life, who continue to fascinate and inspire me in a million different ways. It is also thanks to my wife, who patiently watched and supported as I took risk after risk to break through as a composer. Early in my composing career I was fortunate to get involved with The Society of Composers & Lyricist, which became a kind of home and community for me in New York and eventually when I moved to Los Angeles too. Among its members I found kindred spirits and shared struggles, and I am proud this many years on to now serve as its Vice President, helping to further build the community and ensure fair treatment and pay for composers and songwriters in the audiovisual arts. I am even able to put my “official writing” skills I learnt at the UN to good use, as we work with Congress, the US Copyright Office and the Department of Justice to shine a light on the many unfair challenges of the creator’s life.

In my art career I equally have many who keep me pushing ahead. My amazing publicist Ashley Goldson here in LA – she has a kind of Midas touch and always knows what I should be doing and where I should show up. My agent and curator in Dubai, Kimberley McGowan, who opens so many doors and always encourages me. My fellow artist and curator in The Hamptons, Jen Contini, whose kindness and charm brings everyone into her annual Loves Gallery. The wonderful curators and staff at ItsLiquid and Rossocinebro in Italy, at the Monat Gallery in Madrid, at the M.A.D.S. Gallery in Milan, and the Azur Galleries in Berlin, Brooklyn and Miami. Also the incredible team at the Agora Gallery in New York City, who represent me there. I am incredibly lucky to have encountered these people. They guide and support a relative novice like me in ways I could never have dreamed of!