We had the good fortune of connecting with Jonathan Pope and we’ve shared our conversation below.

Hi Jonathan, we’d love to hear about how you approach risk and risk-taking
The film industry is inherently full of risk. As a Cinematographer, I encounter risk in nearly everything I do – from choosing projects to choosing the visual approach for those projects. I never truly know if and how something will pay off. However, that’s also what I find exciting and invigorating about it. In a way, filmmaking is like alchemy – we mix and match lighting and camera methods, storytelling techniques, and lofty aspirations, all the while knowing that the end product might blow up in our faces. So, when we come out the other side of that experiment with something beautiful, we know the process was worthwhile and we take those lessons on to the next story that we tell. If the whole thing didn’t quite pan out, then we can look back, analyze, and learn from our mistakes. Had we not been willing to take risks from the beginning, we never would have been afforded those opportunities to learn and grow. 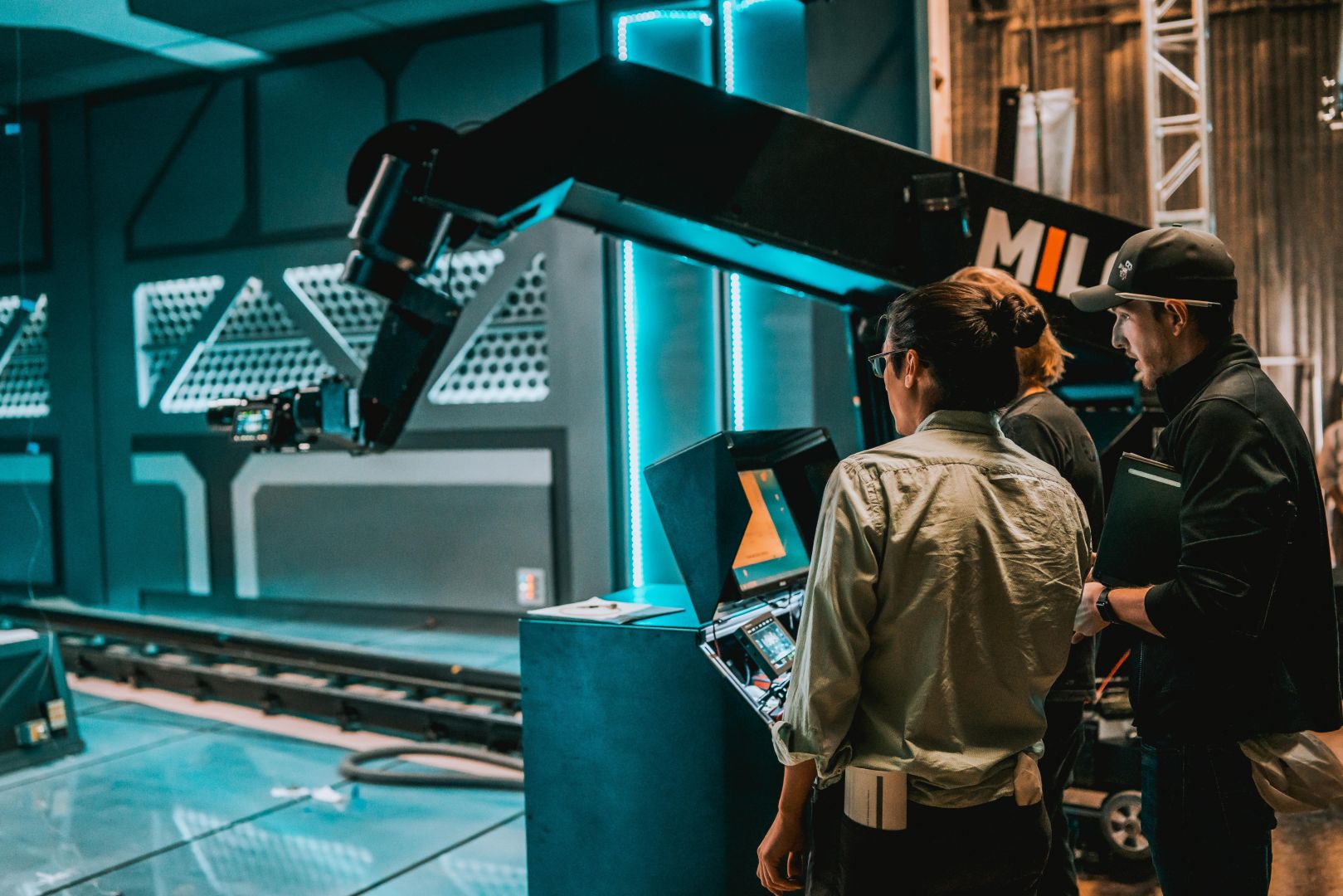 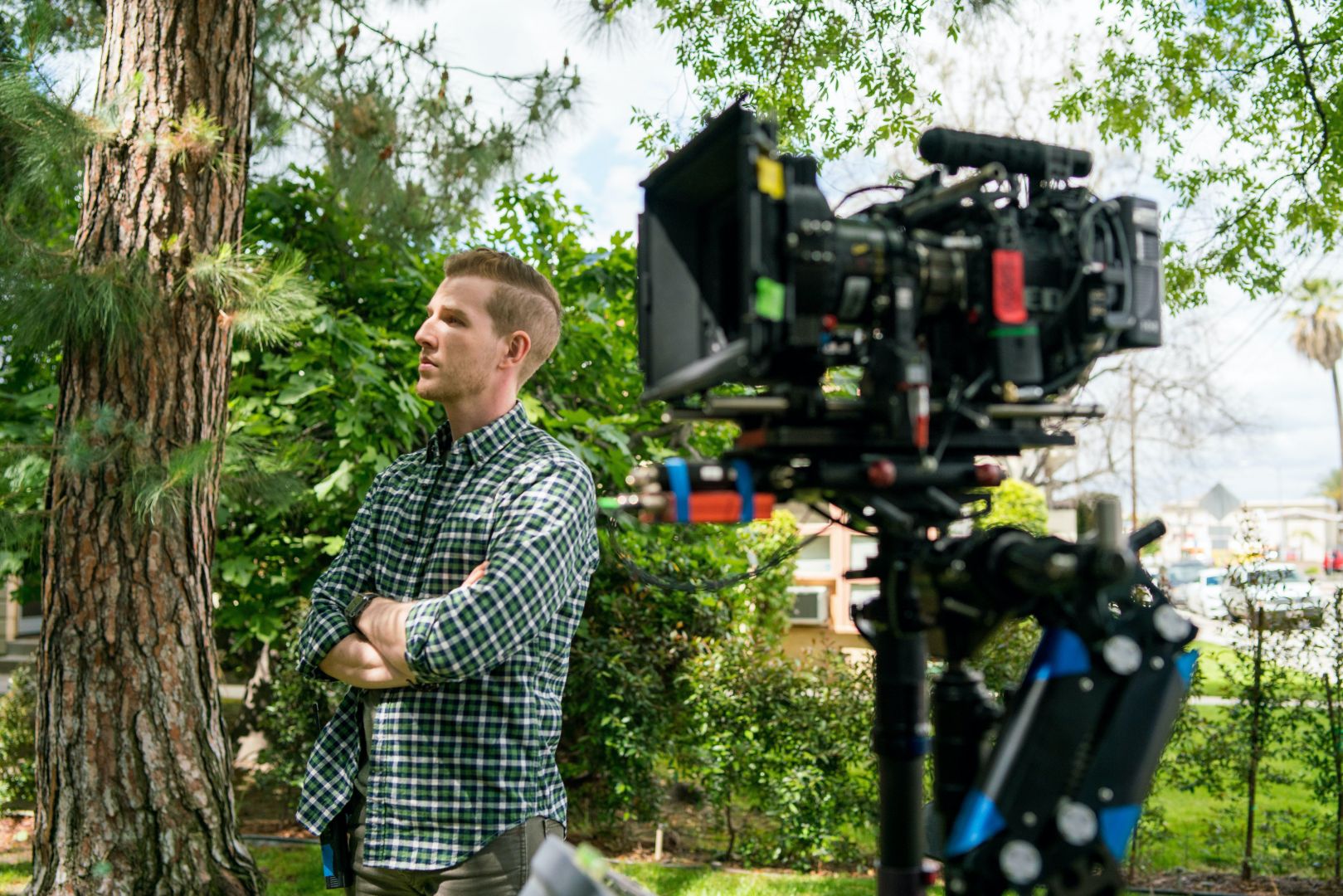 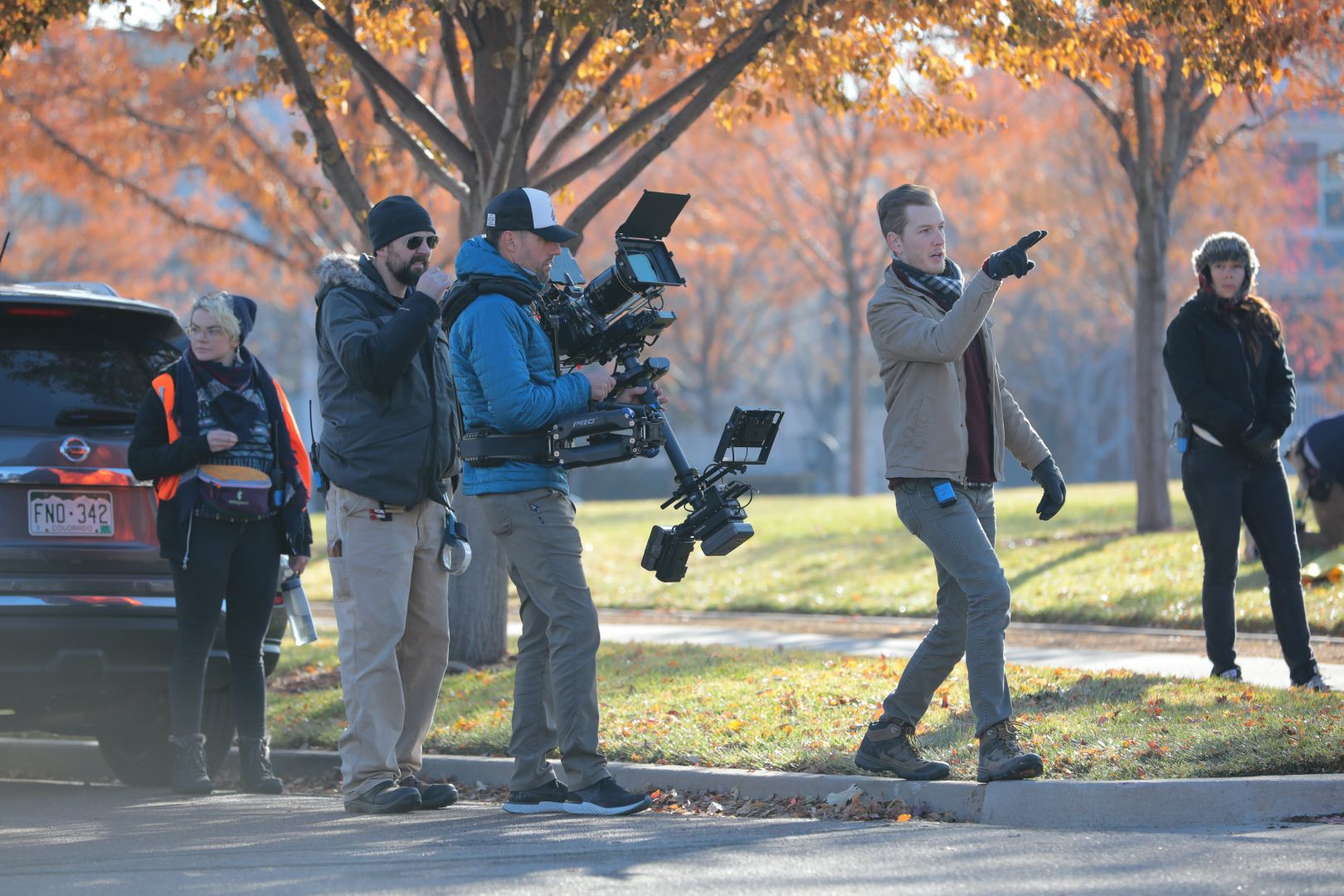 Let’s talk shop? Tell us more about your career, what can you share with our community?
2020 has been a bizarre and stressful year, to say the least. However, it has also brought with it some really exciting milestones in my career. 2 of the features which I worked on last year started off the year with huge festival debuts. The first film, a documentary-drama, The Social Dilemma (Sundance Film Festival), which I worked on as the Narrative Cinematographer, was promptly acquired by Netflix following Sundance and debuted on September 9th, 2020. The film has gone on the become a pretty big hit, and started a larger cultural conversation around reexamining our relationship with technology and social media. The second project, a horror feature film, Initiation (formerly Dembanger) was set to premiere at the SXSW Film Festival in March. However, as you’re likely aware, that festival was canceled a mere week before it began, due to the COVID-19 pandemic. Thankfully, Initiation has only continued to gain momentum. It was acquired by Saban Films for U.S. distribution and XYZ Films for international distribution. The film is slated for release in early 2021, both theatrically and V.O.D. As for the remainder of 2020 and early 2021, I can’t say much, but I am in talks with several projects, including a few feature films, all of which offer their own unique challenges and opportunities. I’m incredibly excited to be back on set (safely, of course). The process of getting here has been a fairly organic one, in all honesty. That’s not to say that it has been an easy journey, but it’s certainly be an adventure. I did not come from a family of filmmakers, but I did grow up with a love for films as early as I can remember. My parents often tell the story of how my first film was Bambi and I knew how to put the VHS tape in the player almost before I could walk. I developed an interest in acting early on, eventually joining the theatre department in high school. It was during this time that I took on editing as another after school hobby. I didn’t have the means or know-how to really film anything myself, so I would pull clips from films and video games that I could then play around with. It was through this experimentation, and the realization that I just wasn’t a very good actor, that I developed a desire to be the one creating images like those that inspired me. This ultimately led me to Cinematography, which I began to focus on in my undergraduate studies at Georgia Southern University, and then fully immersed myself in during my MFA studies at USC’s School of Cinematic Arts. In the years since, I have worked on everything from music videos and commercials to documentaries and narrative feature films. Along the way, I’ve met some of my absolute best friends and people that I hope to collaborate with for many years to come. The challenges have often come from the same place as the excitement – no two days are alike. Months of work might be followed by a long dry spell, and it’s in these moments that I remind myself why I do what I do – so I be a part of art which is meaningful and moving, hopefully inspiring others and a whole new generation of storytellers. Aesthetically, I think a lot about the kind of films that I grew up watching. As an audience member, I’ve always been drawn to films with a heightened reality, like magical realism – particularly in fantasy and horror. I love the melding of the everyday with the strange, the dangerous, and the beautiful. Similarly, in my own work as a Cinematographer, I find myself drawn to aesthetics which feel magical and mysterious, but I am quick to adapt. Although I often have my initial ideas of how I would approach a project after first reading the script, I typically like to ask the director how they see the film first. That is the stepping off point to the larger conversation. This process of collaboration and creating a visual language for the project is one of my absolute favorite parts of filmmaking. 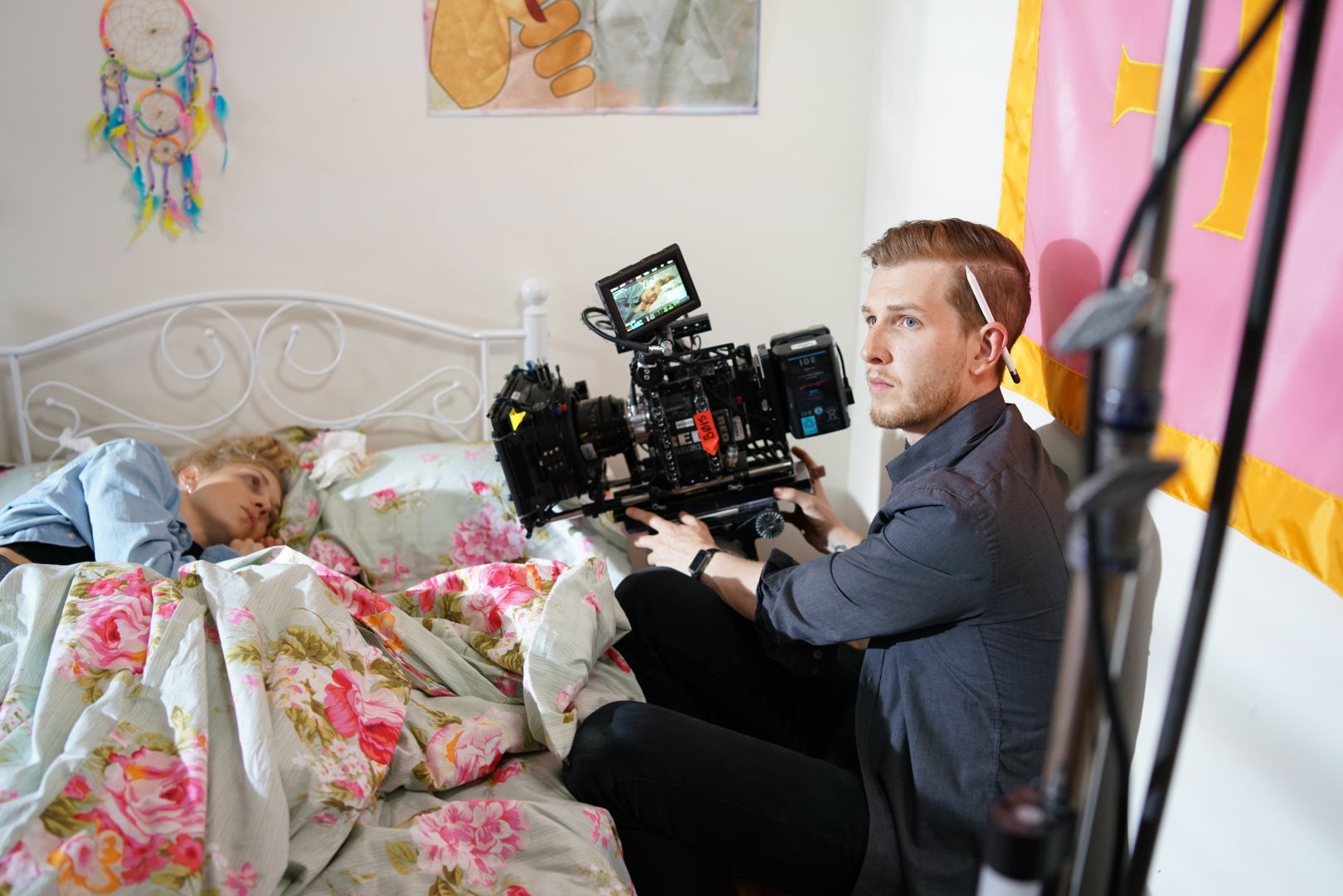 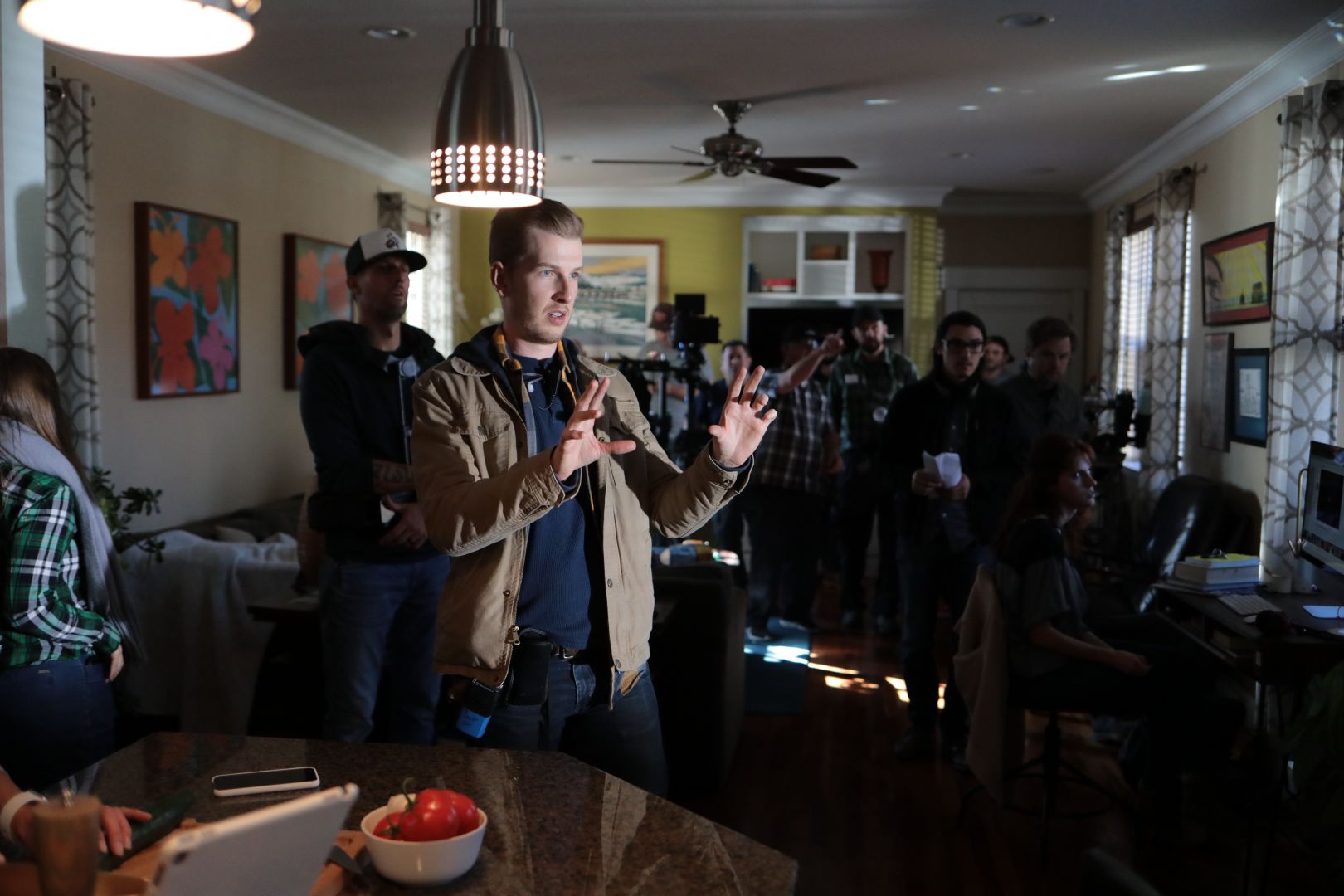 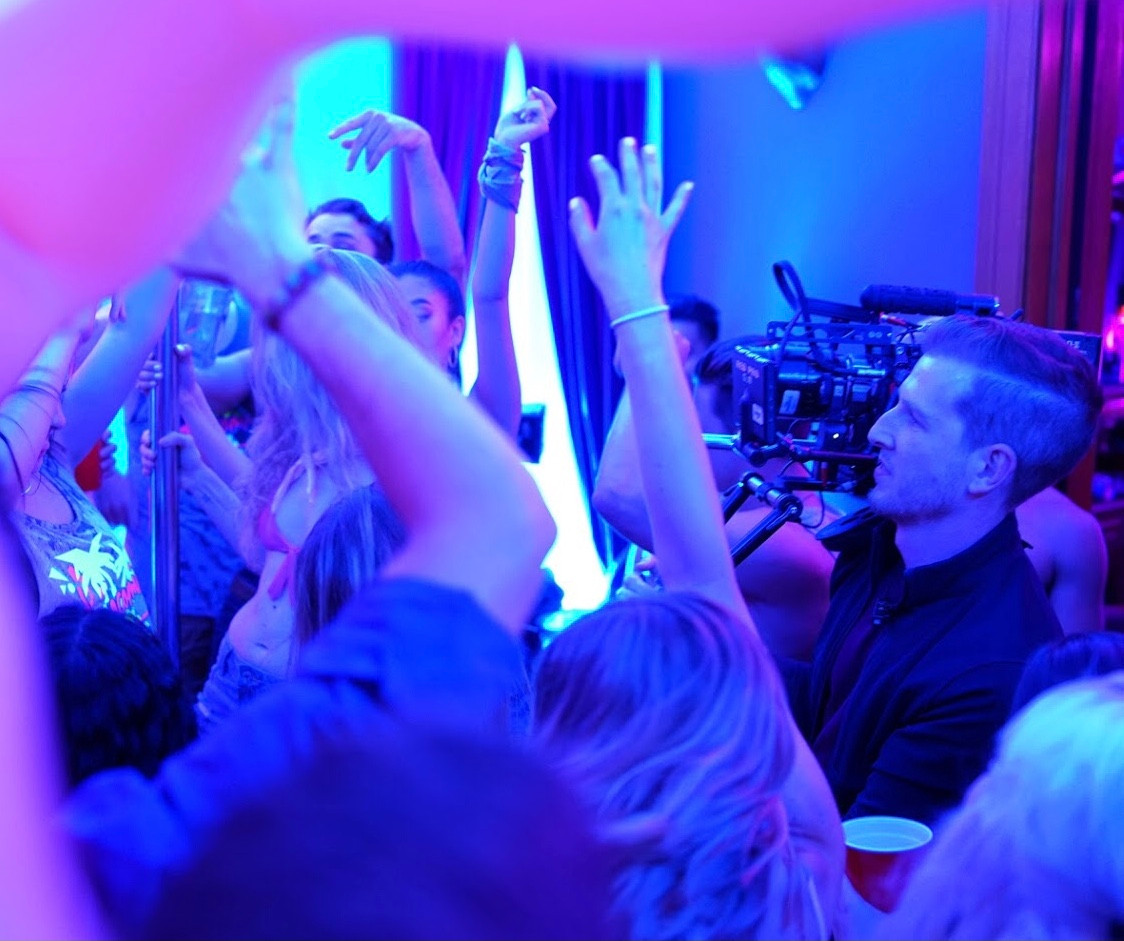 Let’s say your best friend was visiting the area and you wanted to show them the best time ever. Where would you take them? Give us a little itinerary – say it was a week long trip, where would you eat, drink, visit, hang out, etc.
As we all roll out of bed, groggy from a full day at beautiful Huntington Library in Pasadena, and a night out at Library Bar and Clifton’s in Downtown LA, we’re in desperate need of a caffeine boost. So, I would take us to Highlight Coffee, which is just a walk away from our place in Glendale. Highlight sits on the corner of Broadway and Glendale Ave and has an awesome New York aesthetic. They have an orange vanilla latte, which is incredibly refreshing. I know what you’re thinking, and you’re right. It should not work, but it absolutely does. They make everything in house, including the vanilla and orange syrup, which is made from organic orange zest and vanilla extract. Next up, we would walk just a couple of doors down Creamy Spoon French Bistro, a charming family-owned breakfast joint that serves, you guessed it, French inspired cuisine. My personal favorite is the Chicken Crepe. To work off all of that food, we would go for a hike behind Brand Park Library. Tucked away deep in a residential area at the base of the mountains in Glendale, the drive up to this spot has always felt majestic and somewhat haunting to me – much like Charles Kane’s Xanadu. The hike itself is somewhat hidden, which actually makes for a perfectly intimate, if fairly intense experience. At the top is a beautiful viewing area where, on a clear day, you can see all the way to the coast. If the crowds and lack of challenge at Runyon Canyon are a turn off for you, then this is the place to go. After we’ve all cleaned up from working our butts off, we would head to Chess Park on Brand Blvd. for lunch. With a huge outdoor patio, regular live jazz bands, and menu of delicious food and drinks, this has become one of our favorite spots to get a relaxing meal with friends. If we’re in the mood for a mid-day cocktail, I’d highly recommend the Smoke Break. One of several original cocktails on the menu, the Smoke Break is like an Old Fashioned, but taken up a considerable notch, with coffee infused sweet vermouth and capped off (literally) with an infusion of smoke. It tastes like a chilly night with friends around a campfire. For dinner, I would make reservations at Santuari Restaurant on Forrest Lawn, right next to Warner Bros. This is a spot that we only recently discovered, and it has quickly shot to the top of our list of favorite places. Blending Moroccan and Mediterranean aesthetics, the interior design is stunning, and I’m tempted to say it’s worth going purely for this. Thankfully, the food is also top-notch. The Pumpkin Hummus, Black Sea Bass Ceviche, Roasted Beet Salad, Seared Scallops, and Half Chicken are some personal favorites. After dinner, we would finish off the night with a cozy atmosphere and wine tasting at Urban Press Winery in Burbank. Particular shoutout goes to the 2015 Strega and the 2013 Tre Vigne, both reds. 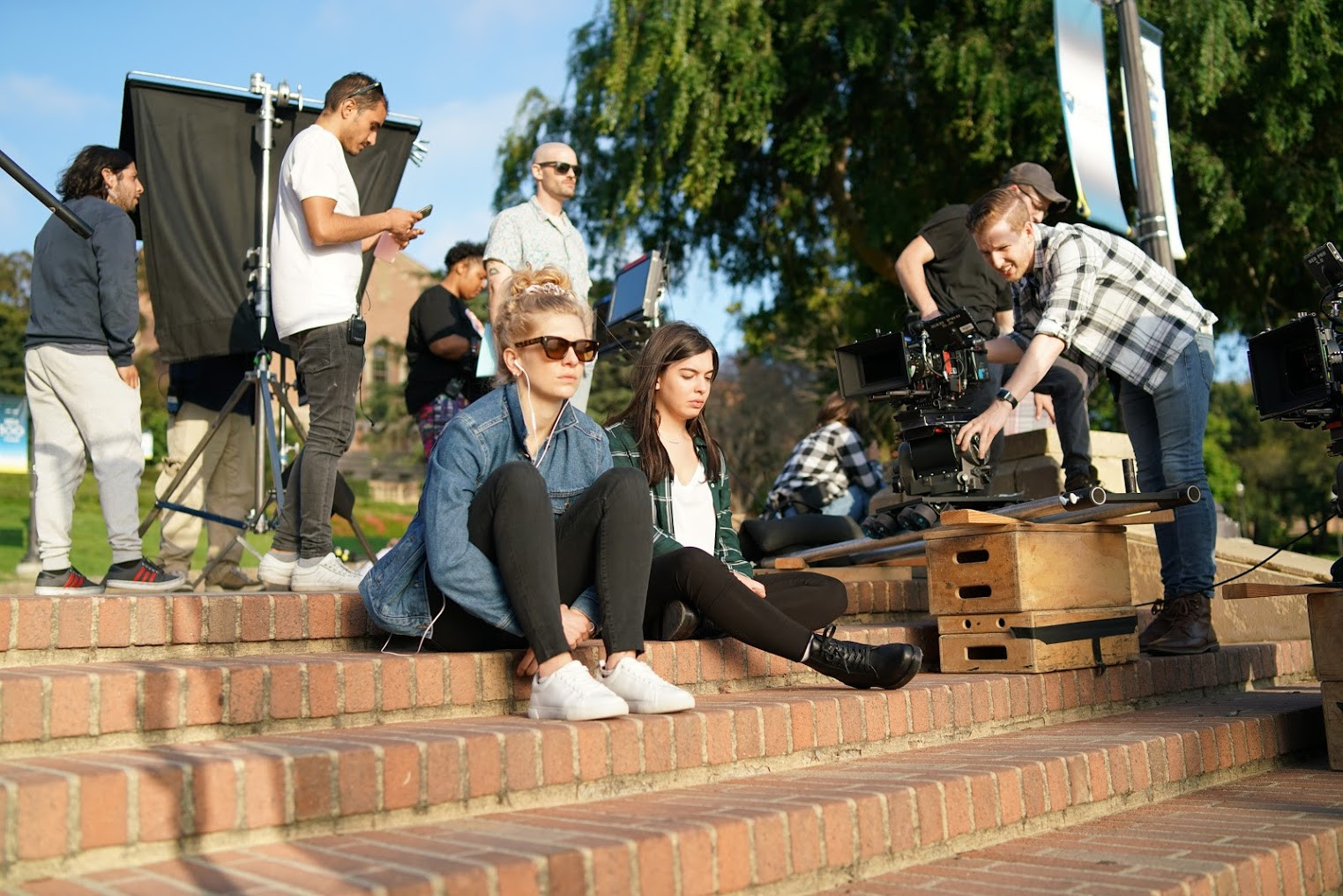 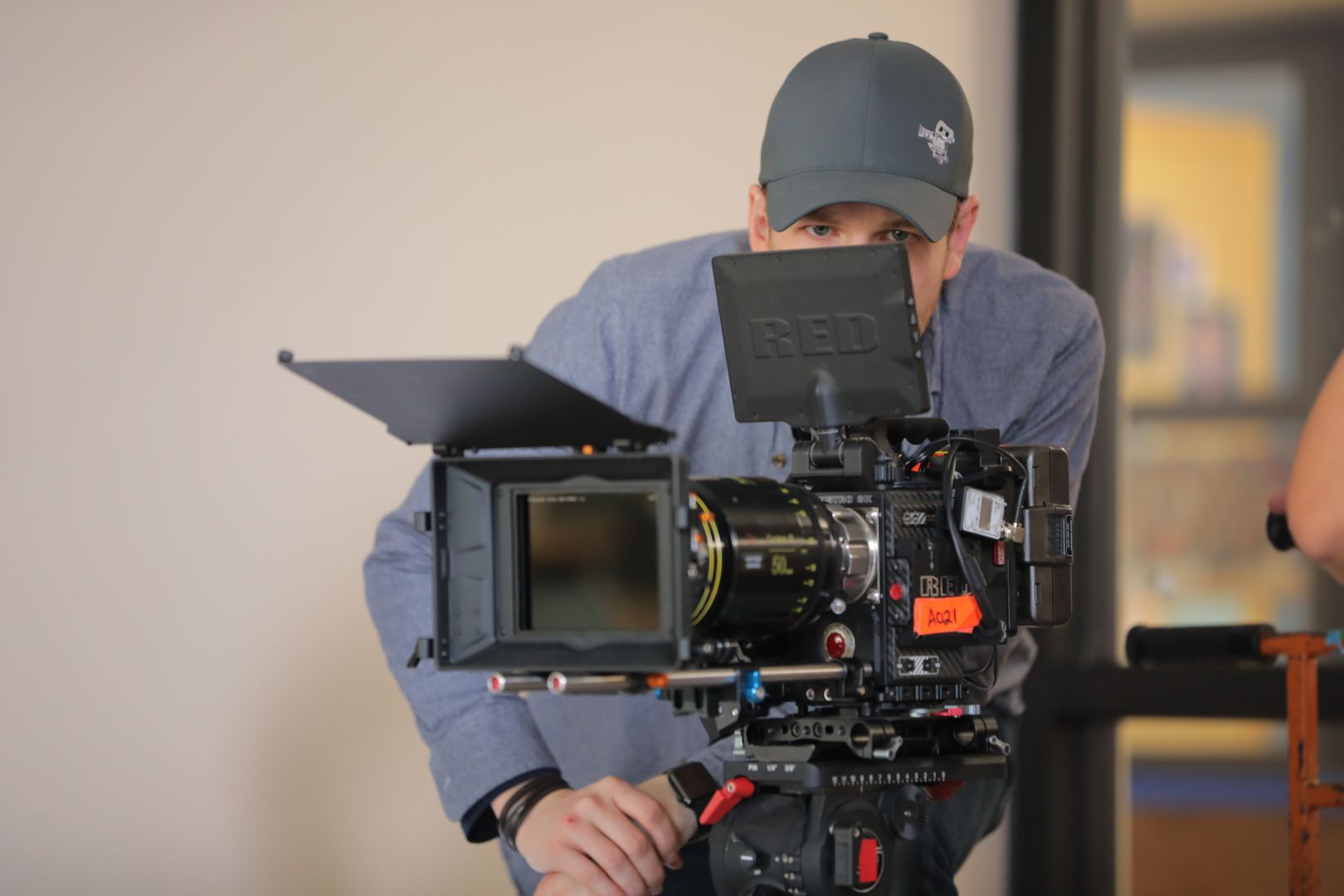 Who else deserves some credit and recognition?
I’ve been incredibly fortunate throughout my life to be surrounded by love and support from my family, fiancé, friends, and collaborators. However, there are a few specific people that I’d like to mention. First, I’d like to give a shoutout to my mom and dad, who nurtured my inquisitive creativity growing up, always allowing me the freedom explore and learn. They also instilled in me the meaning of hard work and kindness – ideals that I strive for in every aspect of my career. Second, to my undergraduate professors, Dr. Melanie Stone and Joanna Bastarache. Both of these incredible women taught me so much about the power of different storytelling and gave me numerous extracurricular opportunities to learn and grow as a filmmaker. Additionally, they each wrote recommendation letters for my application to USC’s School of Cinematic Arts Film & Television Production MFA program, which is why I moved to Los Angeles in the first place over 10 years ago.