We had the good fortune of connecting with Jordan Ancel and we’ve shared our conversation below.

Hi Jordan, what do you attribute your success to?
The most important factor behind my success is helping others to be successful. I believe that to be truly successful, we must serve others, and help them achieve their goals. As a filmmaker and producer, yes, I make projects because I love what I do, but what drives me is I get to hire other people. I get to employ their creative vision, their ideas, their passion. It allows them to contribute their creativity and expertise, which is what anyone really wants. This helps build powerful teams, and therefore, when everyone feels fulfilled, the success of any project becomes my success as well. As a serial entrepreneur having started multiple businesses, the same principle applies. My business cannot be successful unless I empower those around me to be and do their best. 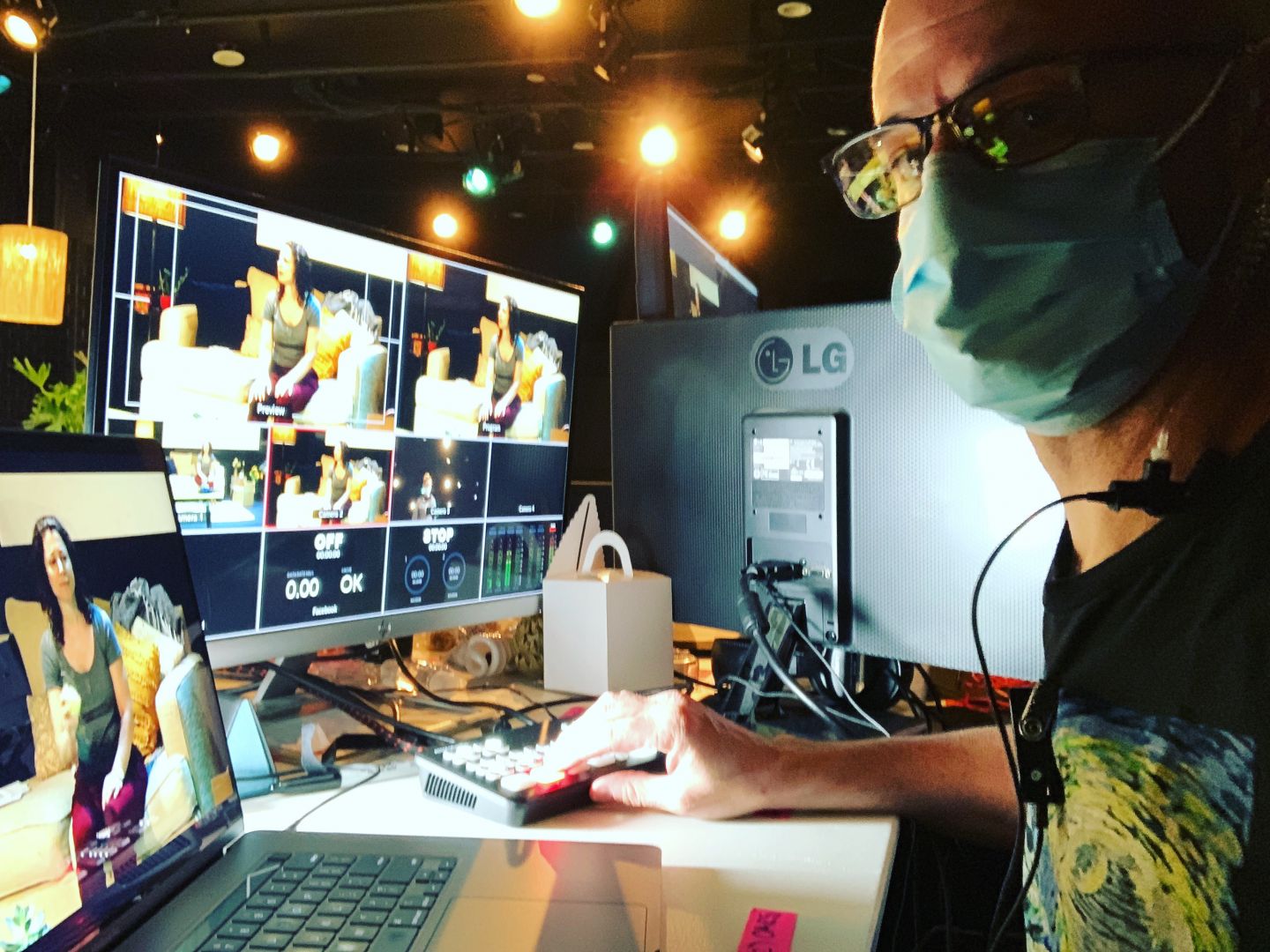 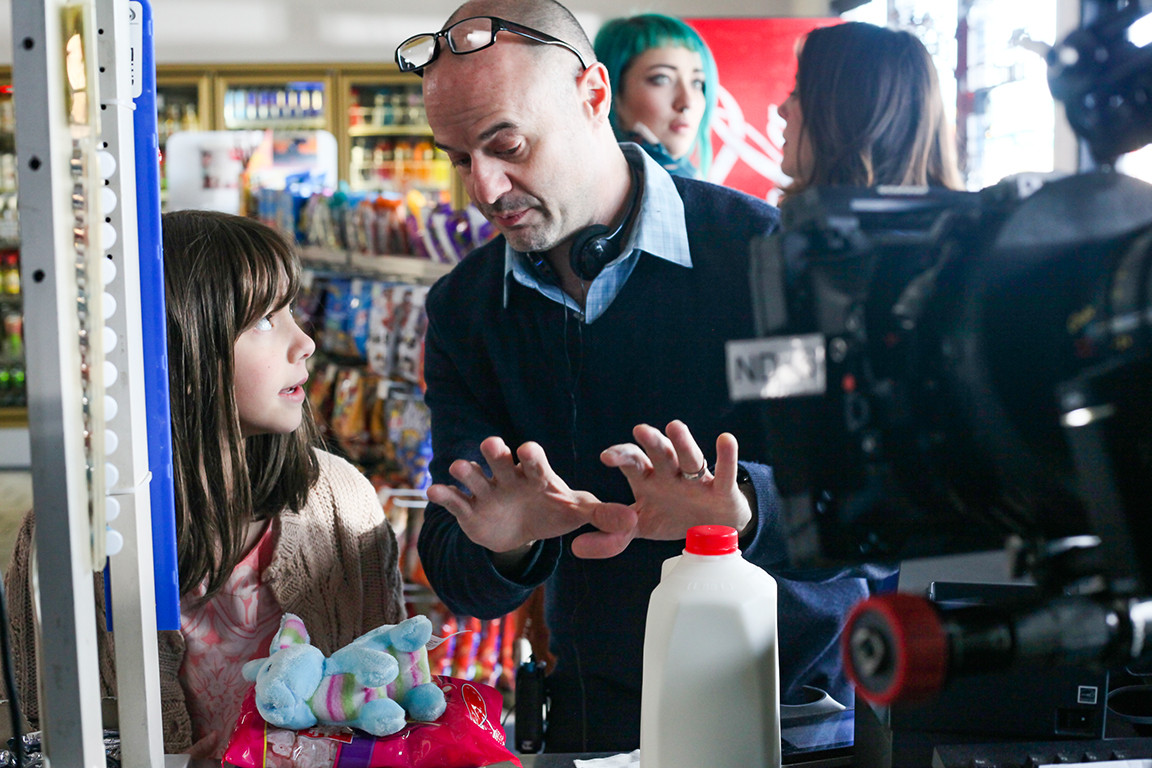 I’m both a lifelong artist and entrepreneur. From an early age, I had an entrepreneurial spirit. I started my first business when I was 8 years old, and I knew from then on that I could always do my own thing and make money. I went to art school for high school and when I was in college, I became a professional photographer at 18. It was amazing that I could earn money doing something I loved. After college, I went to a two-year acting and theater conservatory program, and my mentor, Mike Nichols, the late film director, told me that if I really want to make it, I must do my own thing, which is exactly what I’d always done.

I decided rather than go on endless theater casting calls, I could spend more of my time acting, so I started an off-Broadway theater company in the West Village of New York City. We were very successful. At the time we had Oscar-winner Kim Hunter, Sylvia Miles, and Ellen Barkin was on the Board of Directors. I then moved to Los Angeles and had the good fortune to be both a working photographer and commercial actor, but after a few years, I decided I had other interests.

I taught myself how to build websites, and ended up working for some great startups. In 2005 I rose in the ranks quickly and ended up an executive at a very big startup that was cutting edge. But like many startups, we all went on too many ski trips— I mean, “business retreats”— and soon went out of business. After the startup, I launched a digital department at an ad agency in 2006 and became the Director of New Media, handling all the online advertising for all the movie studios and record labels. But after a while, I grew wary of working for others. I’d always liked doing my own thing, so I became an independent business consultant with a specialty in helping companies change their corporate culture. That work was important to me because when I was working for large companies, I saw why employees felt either disenfranchised or disgruntled. I believed I could fix it, and I did help a lot of companies change their corporate mindset.

However, something was still missing for me. I was married at that time, but my first wife and I wanted different things out of life, so we split. I then decided to sell everything I owned except for my condo, and I bought a one-way ticket to New Zealand, where I ended up living for a year as a highly paid advertising photographer. I had found my creative spark again. After New Zealand, I did a brief stint in Australia for three months, also shooting and exploring. When I got back to the states, I moved in with my girlfriend (now wife) and decided I was going to only do creative things, but with my entrepreneurial mindset. I launched two of my own startup companies within a couple of years— a dating site for dog lovers, and a Groupon-like site, but only dog products and services— both of which did so-so. Afterward, I started my own digital media agency running social media, doing photography, and building high-end websites. My clients were mostly restaurants, which was great because I’m a serious foodie.

After doing that for a couple of years, I then decided I missed being in the entertainment industry, so I decided to return as a filmmaker in 2017. I made a short film which did very well and won some awards, which led to a TV directing gig, which led to me producing things for other people. I now have five projects in development, and at least two of them will shoot in 2021 (depending on what’s going on with the pandemic).

Because I had done so much “business stuff” in my life, I realized that the one group of people who can benefit from this knowledge was actors. I started teaching actors how to run their careers like business people before I returned to the industry as a filmmaker, and for the last few years I’ve been encouraging and coaching actors on how to level up their careers. This turned into a whole life and business coaching career for creatives, which I currently still do while simultaneously producing and directing.

I always love helping people, and I truly believe that the only way to be successful is to help others achiever their goals and dreams. This is why I’ve recently launched ThrivingActor.com. And by recently, I mean I’m just a few weeks in. The goal is to provide business skills, knowledge, tools, and resources to actors so they can be more successful. I’ve helped a lot of folks so far, many of whom are now acting full-time on TV and in films, and that gives me great joy. I run a private Facebook group for actors, also called Thriving Actor, where I bring in big industry guests for talkbacks, and I provide business coaching for free. Artists are like entrepreneurs, and I believe the only way to have success in your art (however you define success for yourself) is to run your career like a business person. Still be an artist, but manage your career like a BOSS!

I not only work with actors, I also currently advise entertainment companies and executives, and I’m the Chief Creative Officer for an entertainment startup called MediaU. But I get to do all of this in my time and in my way, so it doesn’t feel like I’m giving up my entrepreneurial self.

What I’ve learned along the way is that people really do need and want help, but they don’t know what to ask for, or maybe they’re too afraid to ask. So I just provide some knowledge while being ruthlessly compassionate, and hopefully people will use what I’ve learned over the years to be more successful themselves. I do have some people I worked with privately, and they have really blown up, so I know that I’m not entirely full of b.s. LOL! 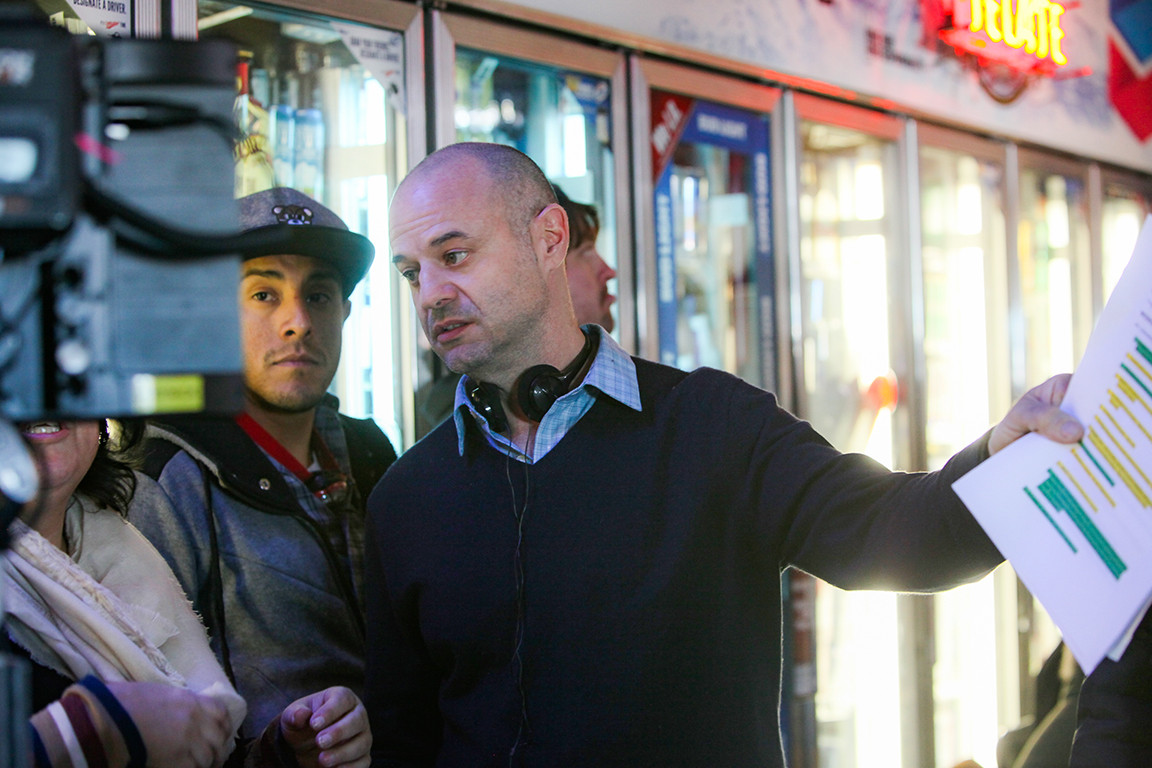 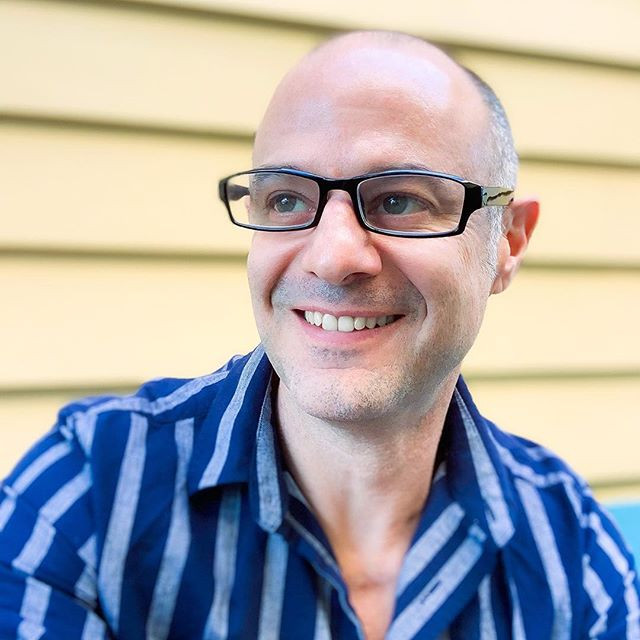 If my best friend, Dave, was visiting from New York, he’d get the whole foodie tour. My wife, Brianna, and I are both foodies, wine lovers, and whisky hounds. Well, my wife is actually a bourbon girl. We’d take Dave to Nic & Steph’s in Downtown LA. To me, it’s the best steakhouse in town. We’d also need to give him the best brunch in town— Blu Jam Café on Melrose. Maybe we’d hit happy hour one night at Cecconi’s, or get some martinis at Dan Tana’s. Eventually we’d end up at Craig’s on Melrose for a nightcap and snacks at the bar. We might check out AOC for their wine and cheese bar on another night, or maybe drive up to Los Olivos, which is Santa Barbara wine country. If we did that, we’d also hit the pier in Santa Barbara to get takeout at Brophy Bros.

In L.A., we’d definitely need to go to Sugar Fish for sushi in Santa Monica, and Connie & Ted’s in WeHo for seafood. And my wife’s favorite burger in town. . . Father’s Office. I also love Stout Burger on Selma and Cahuenga, which has a great selection of craft beer on tap. If you’re a foodie, L.A. has some incredible restaurants and watering holes. I mean, we have everything Nancy Silverton, for cryin’ out loud! We’d, of course, have to work off all that food by taking a hike in the Santa Monica mountains. Then on the way back, we could hit Duke’s in Malibu! 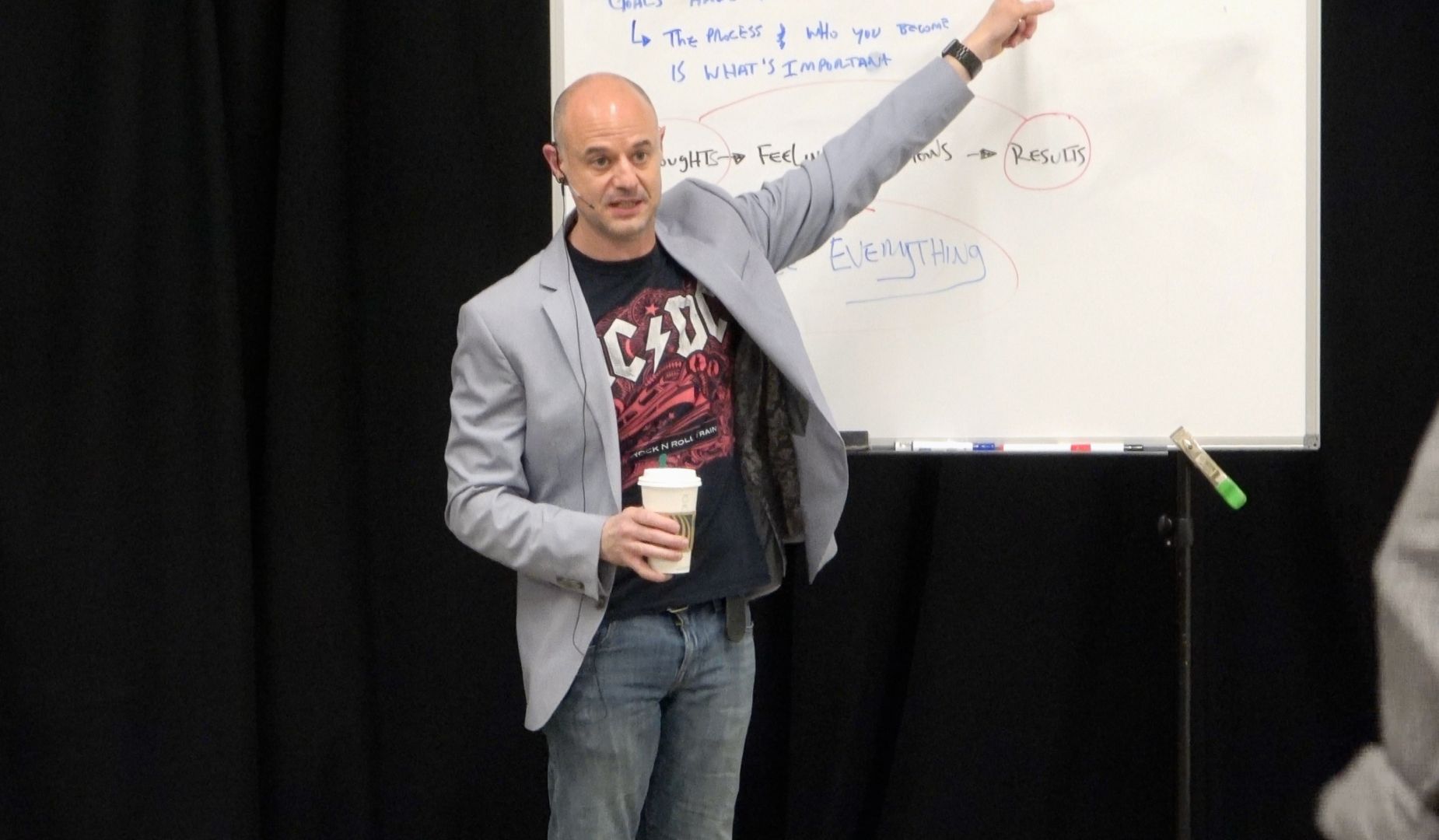 Who else deserves some credit and recognition?
As for someone whom I’d like to dedicate a shoutout to, first and foremost is Brianna Ancel, my wife. She’s the VP of a major bi-coastal talent agency. She is a badass business woman highly respected in the industry and a true leader. She’s a shining example of helping others fulfill their dreams. And she’s my rock.