We had the good fortune of connecting with Joshua “Cartier” Cutsinger and we’ve shared our conversation below.

Hi Joshua “Cartier”, what was your thought process behind starting your own business?
I started in the music business at the tail end of the era when recording studios were all analog based. Shortly thereafter, digital audio workstations (DAWs) like Pro Tools began appearing on the scene. There was a transition period where records were still primarily being recorded on analog tape, while specialized Pro Tools engineers and systems would be brought in for specific editing tasks. I saw the need for this and invested in a fairly elaborate Pro Tools system which I would rent to studios for these editing sessions. The proliferation of more affordable digital audio gear made it possible to do overdubs outside of large recording studios. So, I started Hayloft Studios in Chicago. This helped a lot with musicians’s album budgets. It allowed them to do the more tedious and time-consuming process of overdubs at a cheaper rate, while still utilizing bigger studios with nice live rooms for drum tracking and mixing. I moved my operation to Los Angeles at the beginning of 2007. 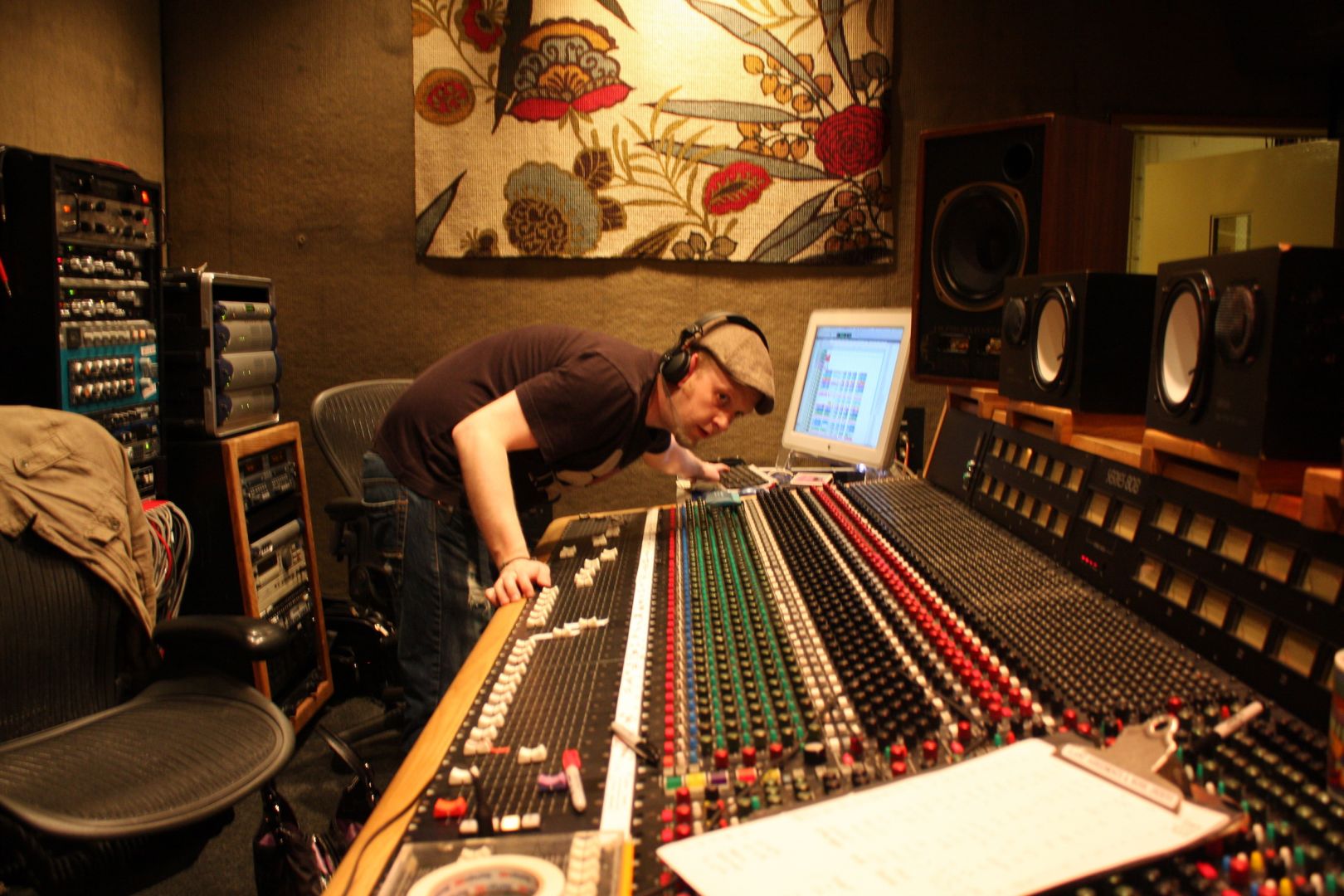 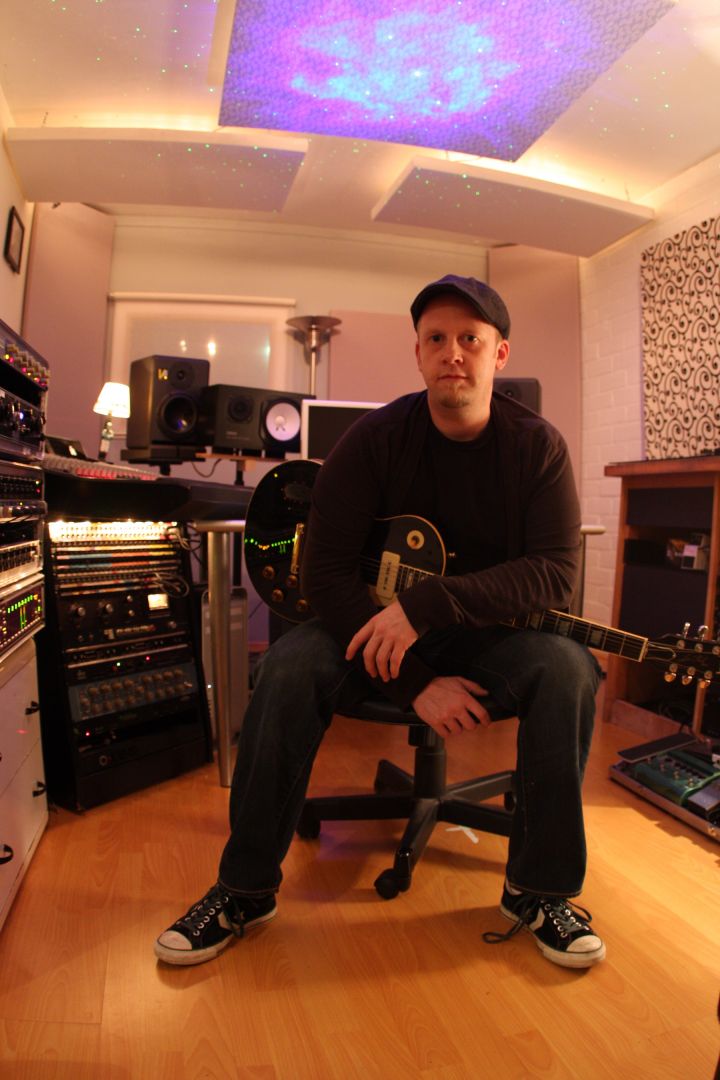 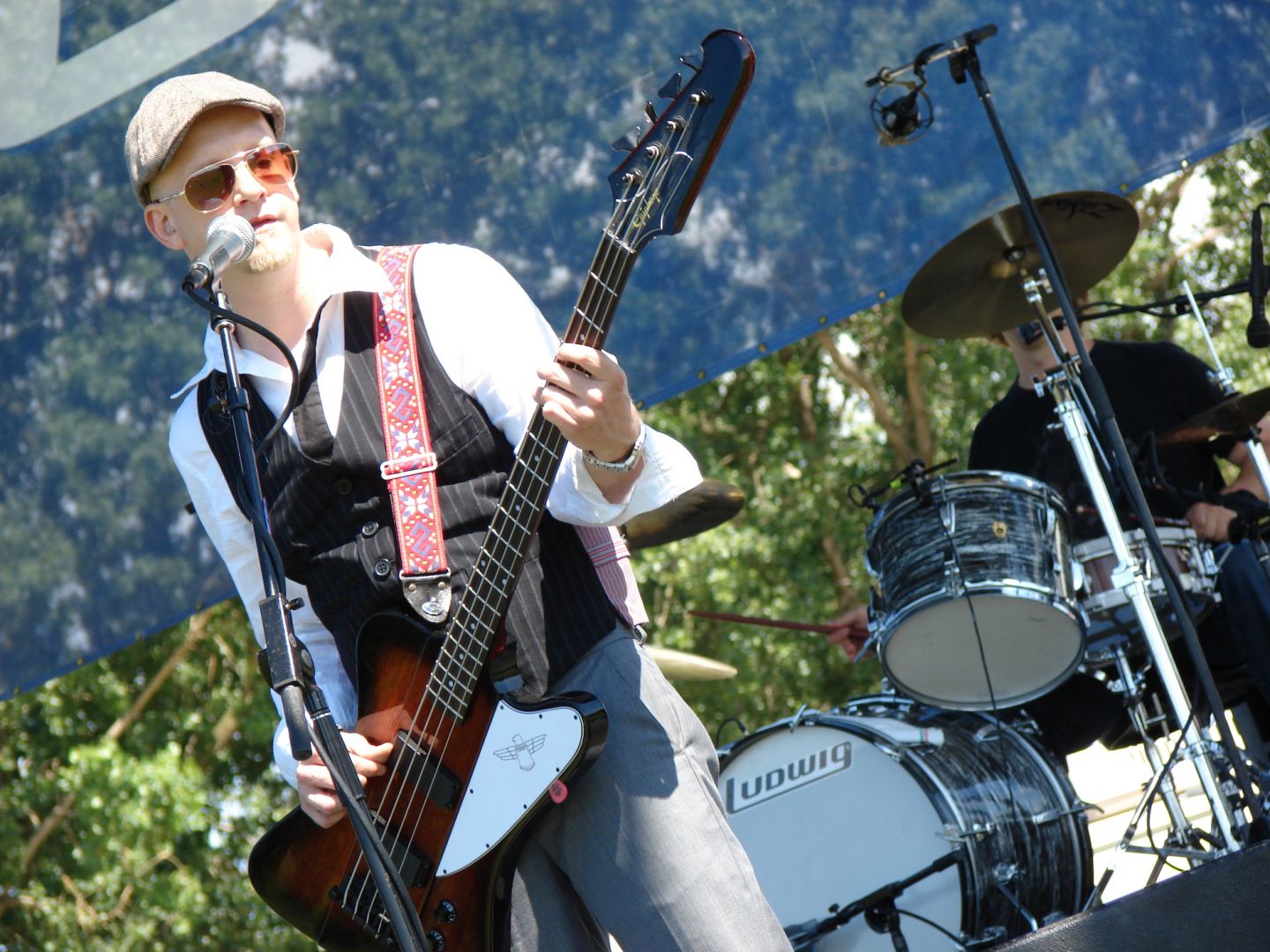 Can you open up a bit about your work and career? We’re big fans and we’d love for our community to learn more about your work.
I think what sets me apart from many Producers and Engineers these days is that I was trained during the era of analog equipment. It was so important then to really learn how to use your ears and truly find the sweet spot on the instruments you are recording. Moreover, as a producer it was really imperative to know how to bring the best out of the musicians you are working with. There was no “undo button.” There was a finite amount of takes you could do on analog tape without erasing the previous ones. There was no auto-tune and editing was very limited and involved a razor blade. Musicians really had to know how to play their instruments and how to bring a song to life. So producers really had to know how to bring that creativity to the forefront. As much as I love the options that are available to us today, this is the part of the art form that I think has really been lost. There is a vibe and an immediacy when recording actual musicians playing live together in a room. As producer when I hire studio musicians or put together a band, I think one of my strong suits is really finding the right musicians for the project and just letting them be themselves. I never want to impart “my sound” on an artist. I want to bring out the best of “their sound.” I want them to be the most fully realized version of themselves. I often say that sessions are 90% psychology and 10% technical knowledge. For each singer, there is a different way to reach their creative muse and help them realize their vision. Some may respond well to sitting down together and pouring over the sheet music and the technical aspects of songwriting, while others may respond to just setting the right vibe in the studio with lighting, incense, etc. It hasn’t been easy. As we know, there have been a great deal of technological changes over the last few decades which have really impacted the music industry. The proliferation of affordable home based recording has forced many of the mid-level studios to close their doors. At the same time, this technology has allowed so many more musicians to be able to make their own records at home and to truly focus on their art without breaking the budget. This forward march of technology along with file sharing and subscription based music services has caused musicians and creatives to have to rethink the music business and adapt to the changes. The old model of the music business is really broken, but the music industry is better than ever. So many more people can access music from all around the world, collaborate remotely and musicians can build a successful following and career without the help of a major label. Something I really believe in is combining the old aesthetic of classic recording techniques with newer technologies. For example, I am going to be starting a live-streaming series from my studio with different artists all performing live around one microphone. This really incorporates both aspects. There is the immediacy of social media and being able to interact with fans around the world, while really going back to the roots of music recording in the 1930’s when musicians all had to find the right mix and balance around a single microphone. That’s how records use to be made. If you wanted less drums, tell the drummer move back! If you wanted more upright bass, move closer to the front! I think this will be a really fun and engaging experience for fans as well as the musicians involved. Of course, I will be implementing technology further to adapt this concept to the current Covid-19 crisis. 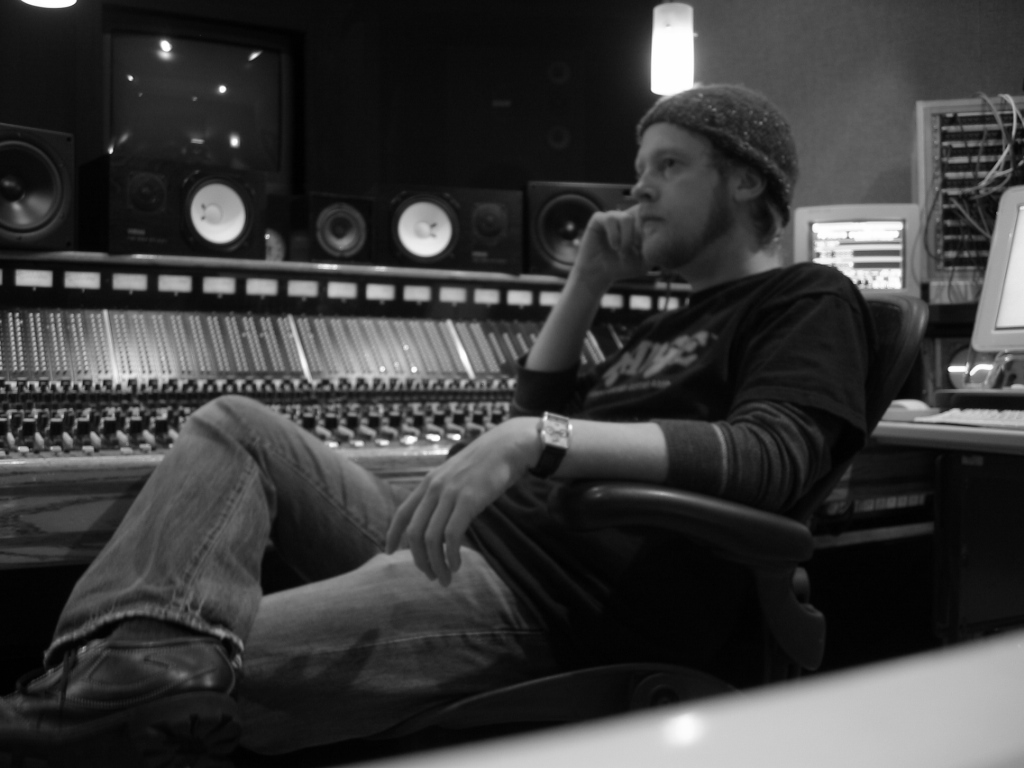 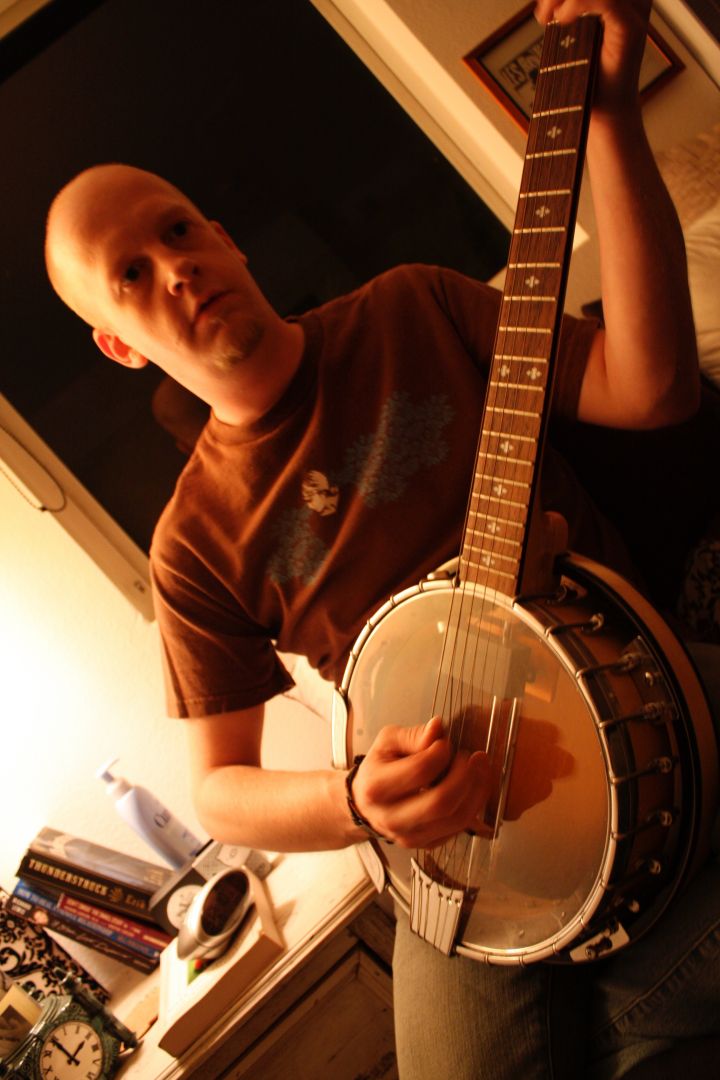 If you had a friend visiting you, what are some of the local spots you’d want to take them around to?
Well, the Pacific Coast Highway certainly is a must visit for someone who has never been to the West Coast. I love driving up and down the coast. I am also a big fan of all that Los Angeles has to offer in terms of outdoor recreation. Most people don’t know how many trails and mountains there are in and around Los Angeles. Some of my favorite hiking spots are Temescal Canyon and Santa Ynez Canyon in the Pacific Palisades as well as Mt. Baldy, Mt Wilson and the Angeles Crest Highway. Los Angeles has such a diverse population and it really shows in the food options here. I have some close friends Nikki O’Neill and Rich Lackowski who have been doing a self-guided food tour of Los Angeles by visiting a restaurant for ever country in the world. It’s amazing that you can do that all without leaving Los Angeles county! 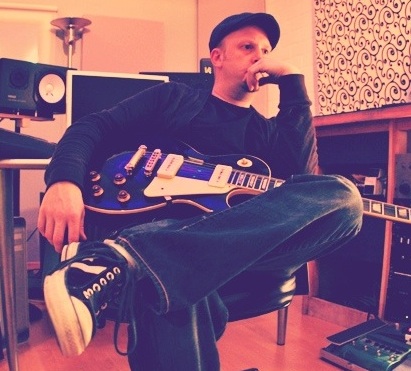 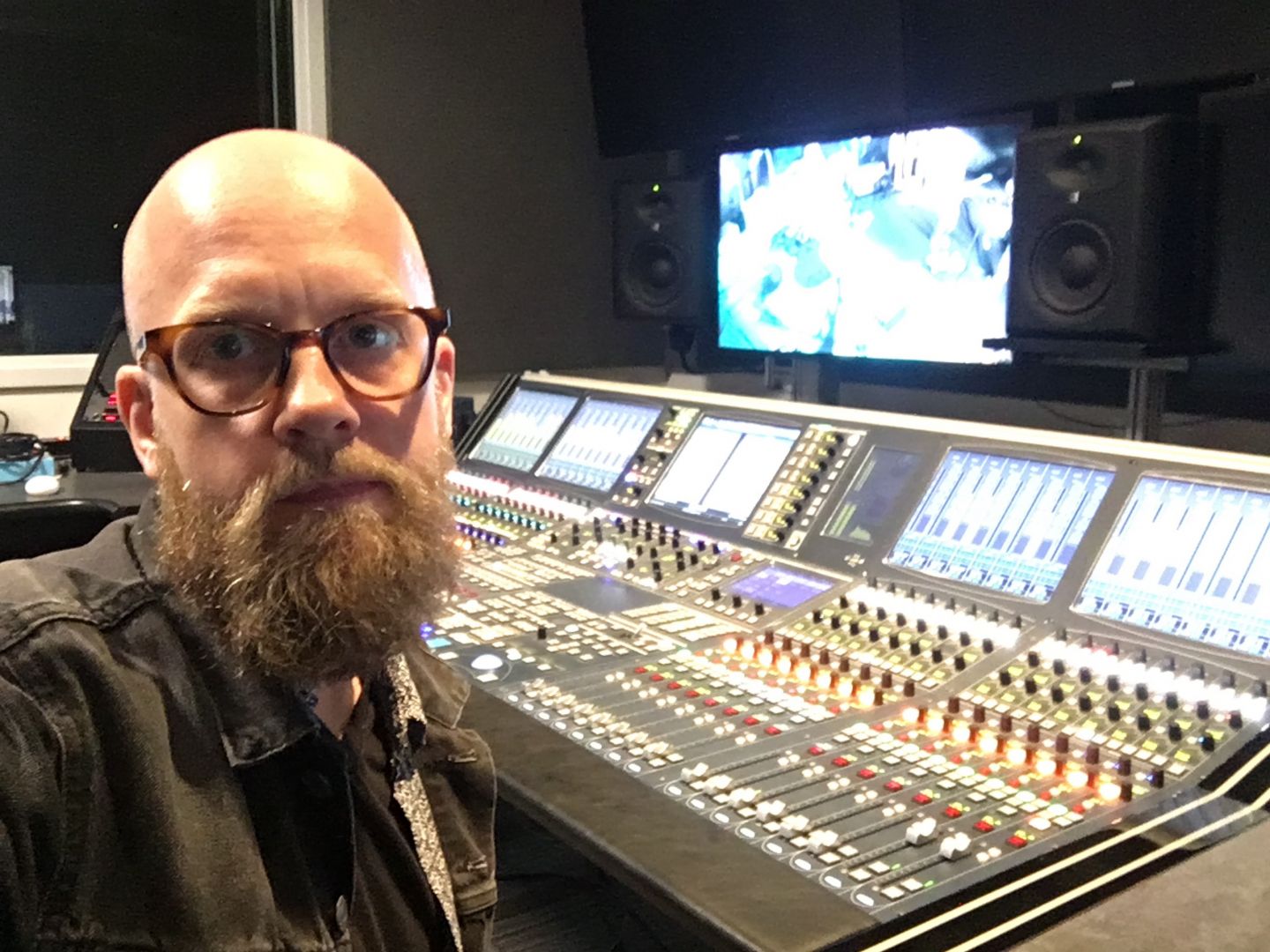 Who else deserves some credit and recognition?
I’ve had the privilege of being mentored by excellent studio engineer and owner Doug McBride who owns Gravity Studios in Chicago, Illinois. I was also mentored by other excellent studio engineers Joe Wohlmuth and Ken Sluiter both of which work in Los Angeles currently. Producer Gene Shiveley has also mentored me and given me many opportunities working in Malibu with the likes of: Bob Dylan, P!nk, Sting and Ry Cooder among others. Lastly, I’ve had the privilege of working with local Producer and Music Industry Entrepreneur Chris Murphy on dozens of projects over the last few years. Our latest project is with an amazing songwriter named Paul Haas. He is a 65 year old, retired truck driver who just released his first album. We recently put together a virtual album release party for him on Facebook due to Covid-19 that is gaining quite a bit of momentum. I’m truly grateful for the career that I’ve been able to have in the music industry.