We had the good fortune of connecting with Judy Carter and we’ve shared our conversation below.

Hi Judy, what role has risk played in your life or career?
How Quitting My Career Got Me Interviewed by Oprah

What risk helped propel me to success?

In one word — quitting.

The advice we performer usually get is, “Never give up!”

But what if the career you thought would make you happy… makes you miserable?

By the time the comedy boom of the 90’s hit, I’d been a headlining stand-up comic for over 17 years. Although I was making decent money touring and doing TV shows here and there, the clubs were getting rough with aggressive heckling. One particular night at a club in New York, I was hearing, “You suck!” BTW – this was before I even got up onstage! Usually, I shot out zingers to quell hecklers, but my mother had just died a month ago and in that moment, I asked myself, “What joy is this bringing me?” After all, I’d been on the road for over 46 weeks that year. Trudging back to yet another hotel room in yet another city smelling like cigarette smoke, was getting old. So in that moment I quit, realizing perhaps that making drunks laugh was something I did growing up at the dinner table.

I didn’t have a Plan B. And I had no real skills to get a day job. So, making a looney-tune creative choice, I rented a shared office space to practice going to work. There I met other entrepreneurs and writers who asked what I did. When I said, “Nothing,” they assumed I was in management.

But sometimes, nothing leads to something. And in this case, it was something bigger than I could even imagine.
I got hired to type by a woman named Linda Edelman, who wrote books for a living. She mentored me to write a book on the how to’s of comedy. 59 agents rejected it, but number 60 signed me. It was published by Random House, and then another woman liked my book. Her name is Oprah Winfrey. Yes, that Oprah.

After Oprah interviewed me on her show, my phone blew up with calls from Fortune 500 companies hiring me to do lucrative keynote speeches (with no hecklers). Soon, people wanted me to teach them my trade secrets, so I started a Comedy Workshop. Graduates of these classes include Seth Rogen, Maz Jobrani, Sherri Shepherd, and Emmy-winner Hannah Gatsby.

Eight published books later, and having traveled the world doing speaking engagements, I think back to that time when I took a risk and quit without a plan. Now, I realize that sometimes nothing can truly lead to something extraordinary, and not having a plan just might give you something you could never have planned. 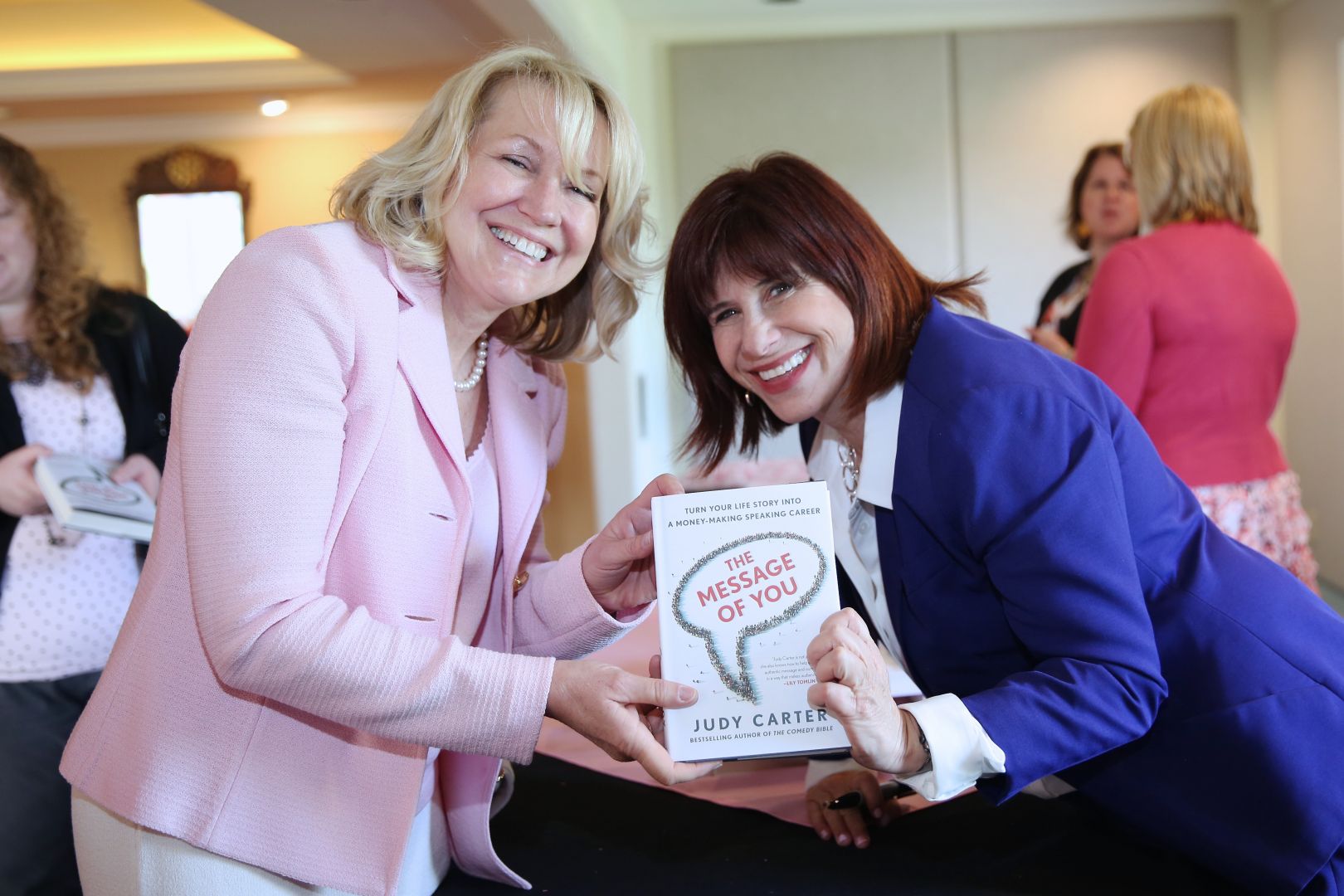 Can you open up a bit about your work and career? We’re big fans and we’d love for our community to learn more about your work.
I started as a stand-up comic logging many miles on the road. I found that adding a “message” to my stand-up act turned me into a “Motivational Humorist” for companies and organizations to liven up their conventions. And one of the challenges of standing in front of certain audiences is Impostor Syndrome. These CEOs are BFDs, and I’ve really never had a quote-unquote real job. The way I’ve overcome this is to simply tell the truth. When I’m onstage I’ll say something like, “I know what some of you are thinking. Why are we listening to former stand-up comic? Why couldn’t they hire someone who really knows what they’re talking about, like a government consultant.” And they all laugh. And in that laughter, all my concerns dissolve. That’s the power of humor. When you can turn a problem into a punchline, that problem becomes more manageable. 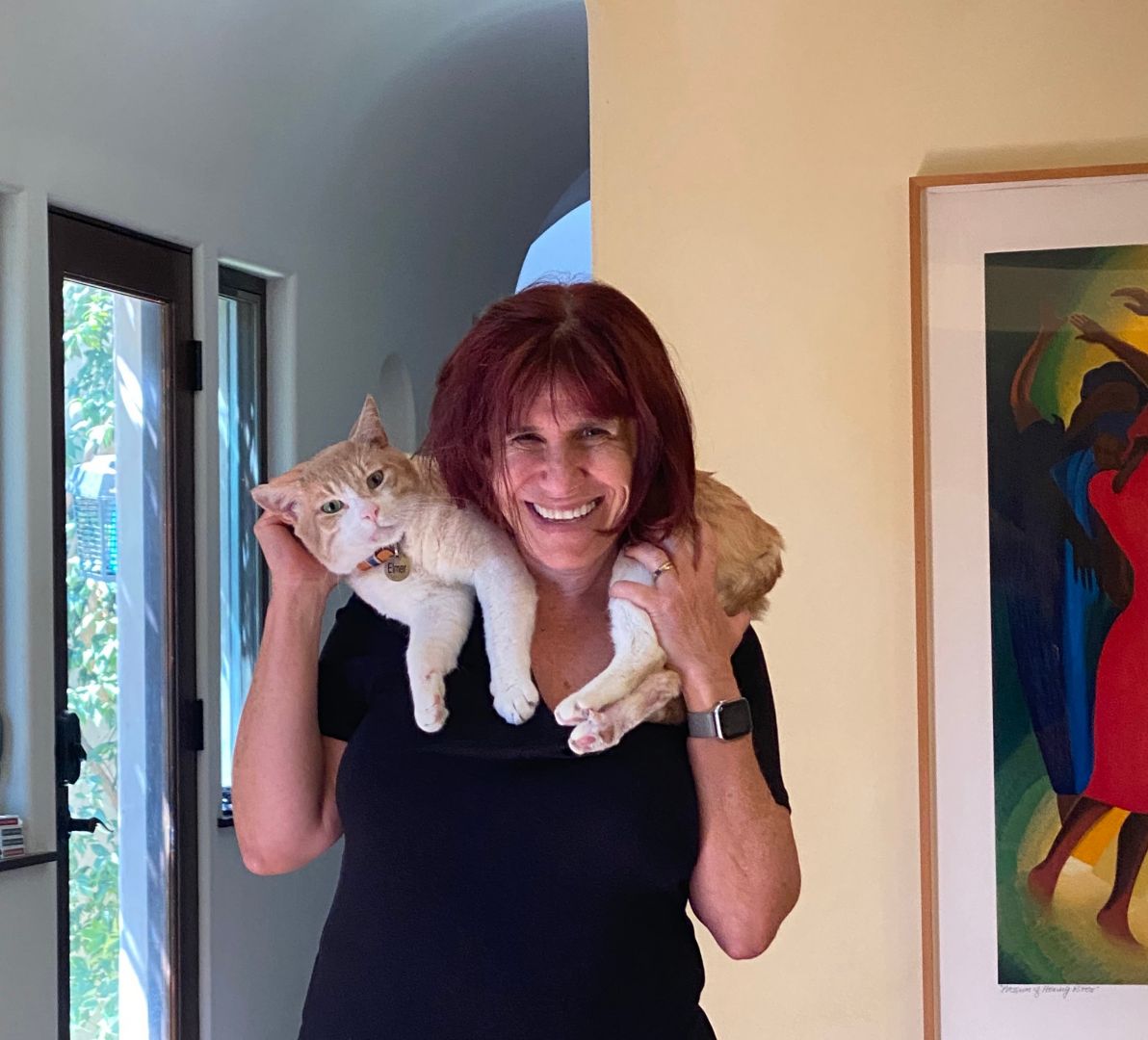 Any places to eat or things to do that you can share with our readers? If they have a friend visiting town, what are some spots they could take them to?
I’m a long time Venice Beacher. I was here way before the Silicon Valley-ers moved in. I was lucky enough to be able to buy a home here, which cost me over a million… jokes. Some of my favorite places are the Reel Inn in Malibu. It was the first place I ate during COVID because it has a great outdoor area. I love C & O Trattoria, a great place to screw up your Keto Diet thanks to their amazing garlic rolls. If you’re looking for higher end Italian food, head up Washington Boulevard to Scopa Italian Roots. For Vegan Thai you just can’t beat Satdha. And one of my favorite hole-in-the-wall places is Mariscos Guillen La Playita , located on Lincoln Boulevard, right next to a tire place. For something like $5 you can get a seafood tostada and eat it while watching people repair car tires. If you want a touristy place that’s also fun, watch the sunset from Duke’s in Malibu. Other fun places in Venice include the Tile House on Palms, where every single surface is covered with tiles. And there’s nothing better than a bike ride along the path that starts on Washington Blvd. in the Marina Del Rey and heads south. That’s the most gorgeous bike path in the world. 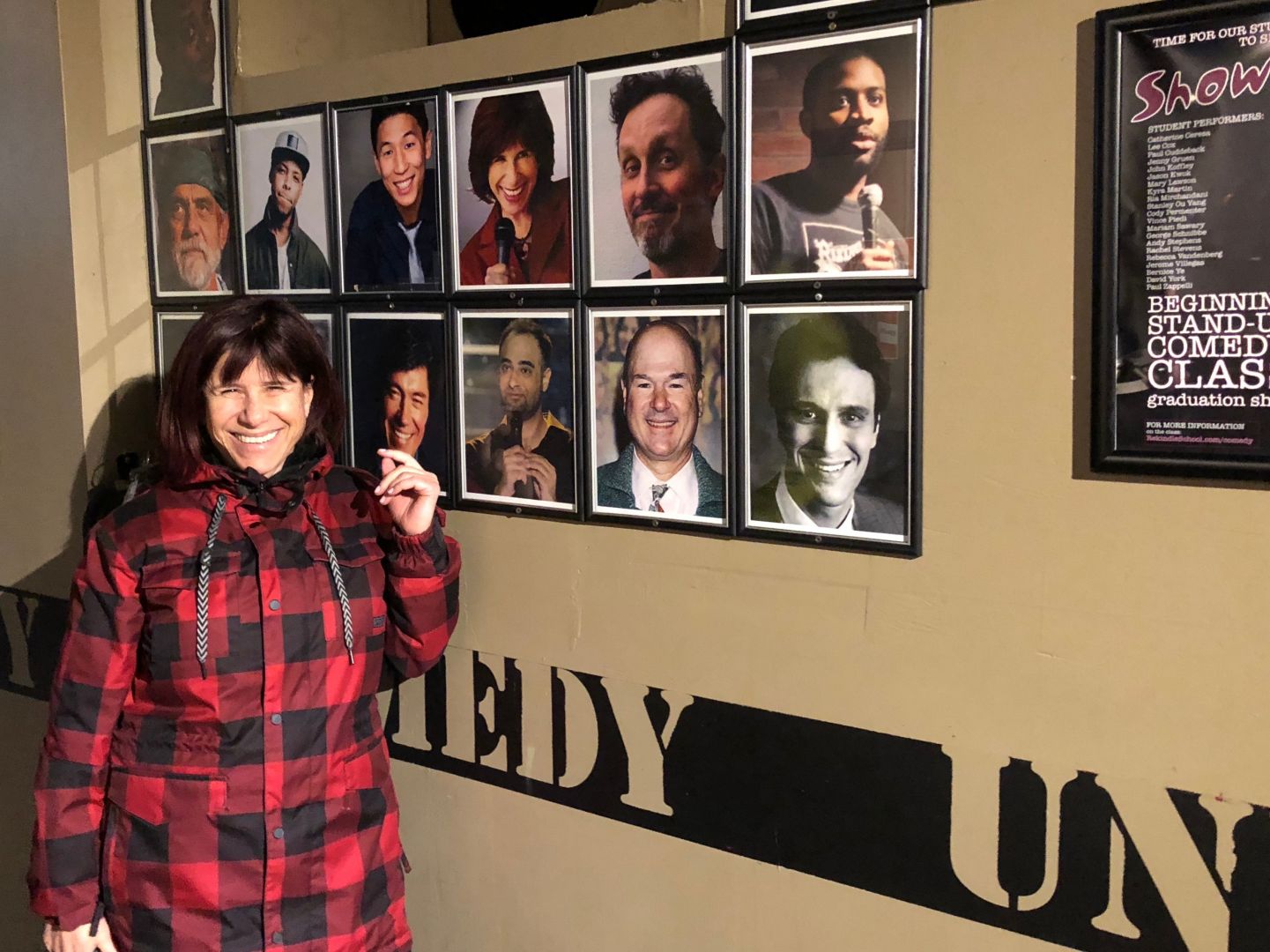 The Shoutout series is all about recognizing that our success and where we are in life is at least somewhat thanks to the efforts, support, mentorship, love and encouragement of others. So is there someone that you want to dedicate your shoutout to?
Dedication: To all inspiring comics, who risk rejection and get past fear to make the world a funnier place. 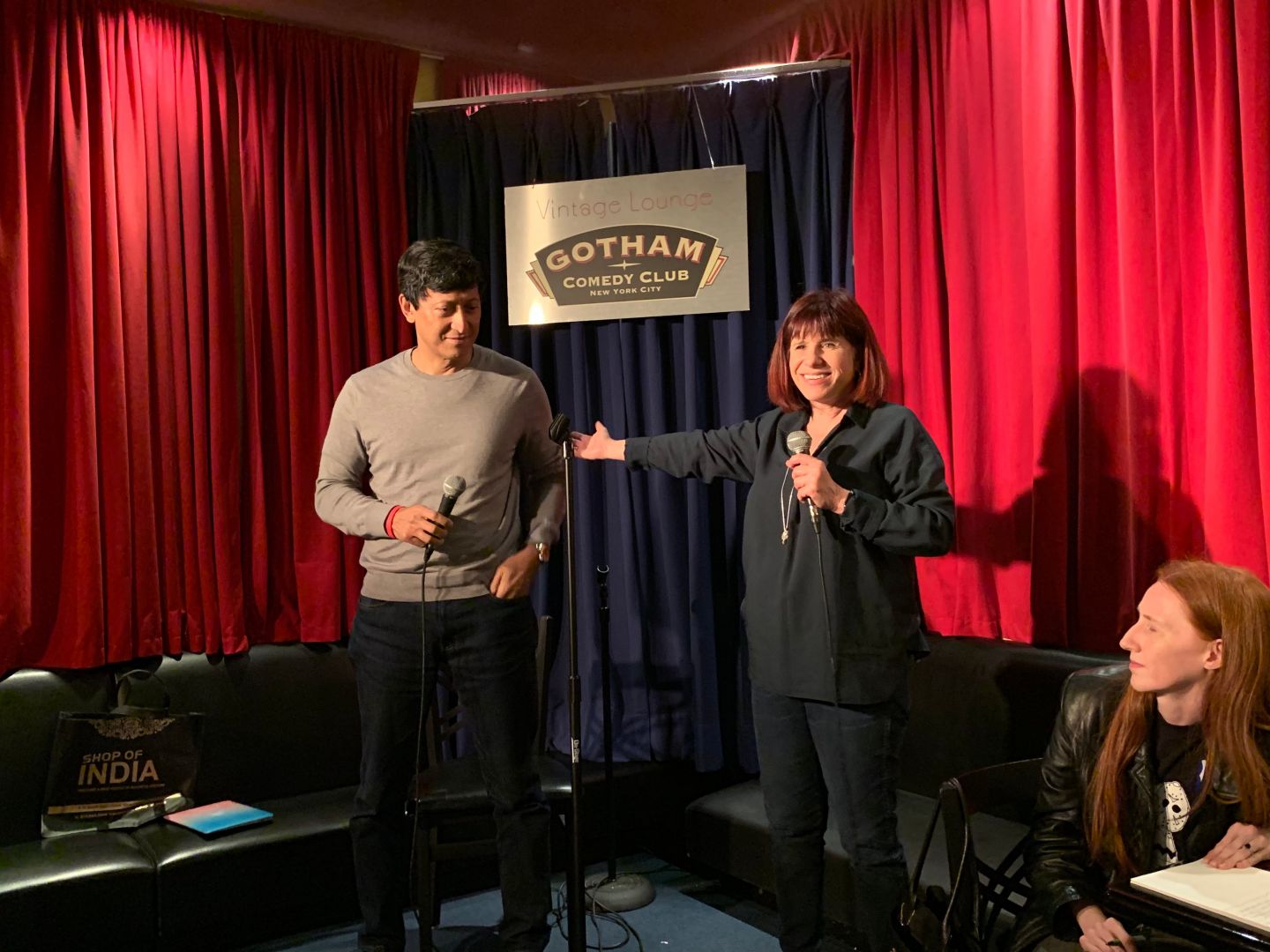