We had the good fortune of connecting with Julie Earls and we’ve shared our conversation below.

Hi Julie, can you tell us more about your background and the role it’s played in shaping who you are today?
I was born and raised in northern New Jersey. My dad is Irish-American and my mom immigrated to the United States from the Philippines when she was in her late 20s.

Whenever someone asks me “tell me a little bit about yourself”, I always start off by saying that I am mixed race. It completely shaped me into who I am today. Being raised by parents from two totally different cultures forced me to have different perspectives and be open minded from a very early age. I sang “Danny Boy” at family parties but also grew up eating lumpia and pancit. My dad is kind of like an Irish Tony Soprano (minus the mafia boss part, more of the tough Jersey demeanor) whereas my mom likes to garden. And I’m a little bit of both of them. 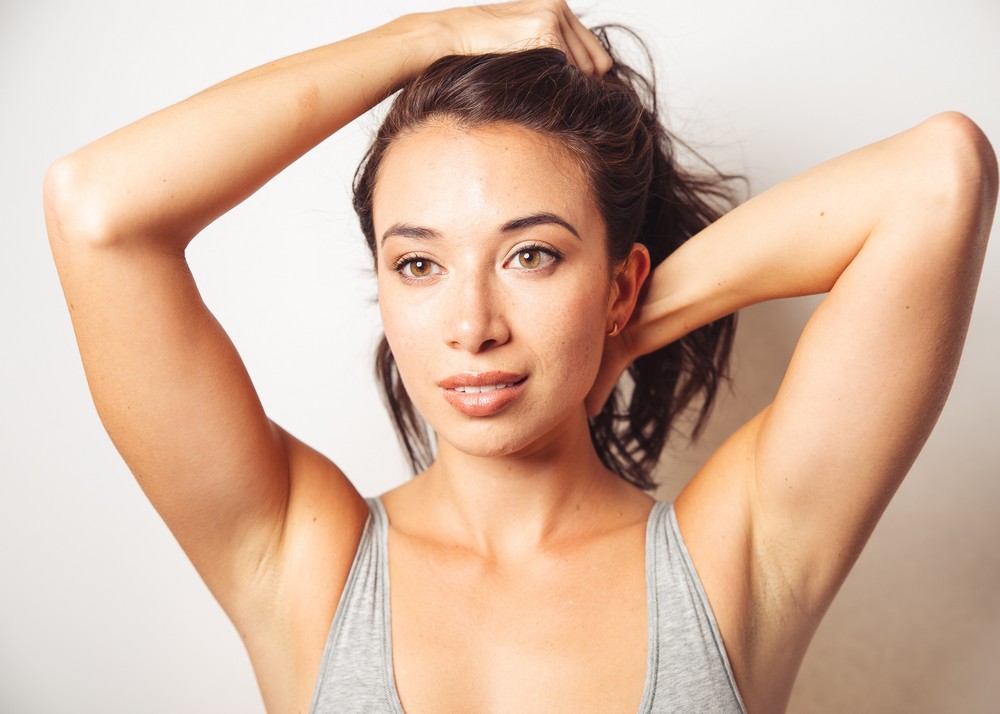 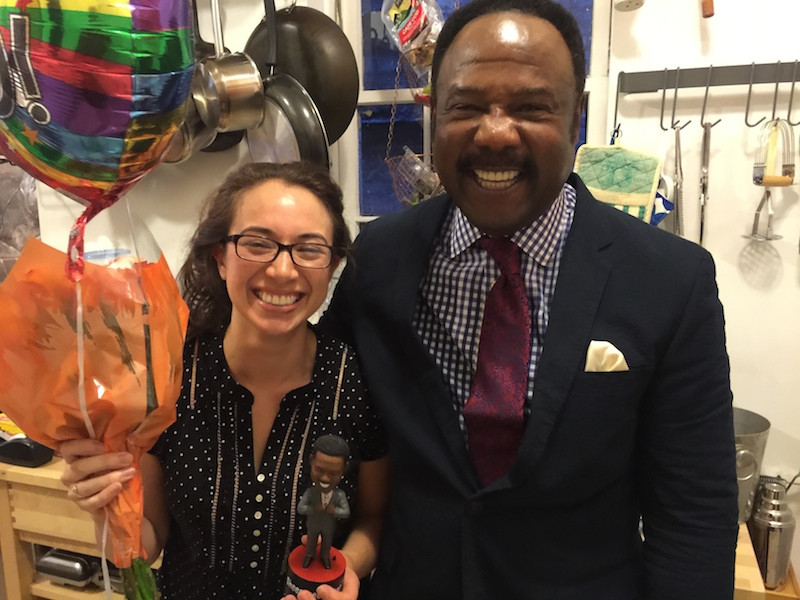 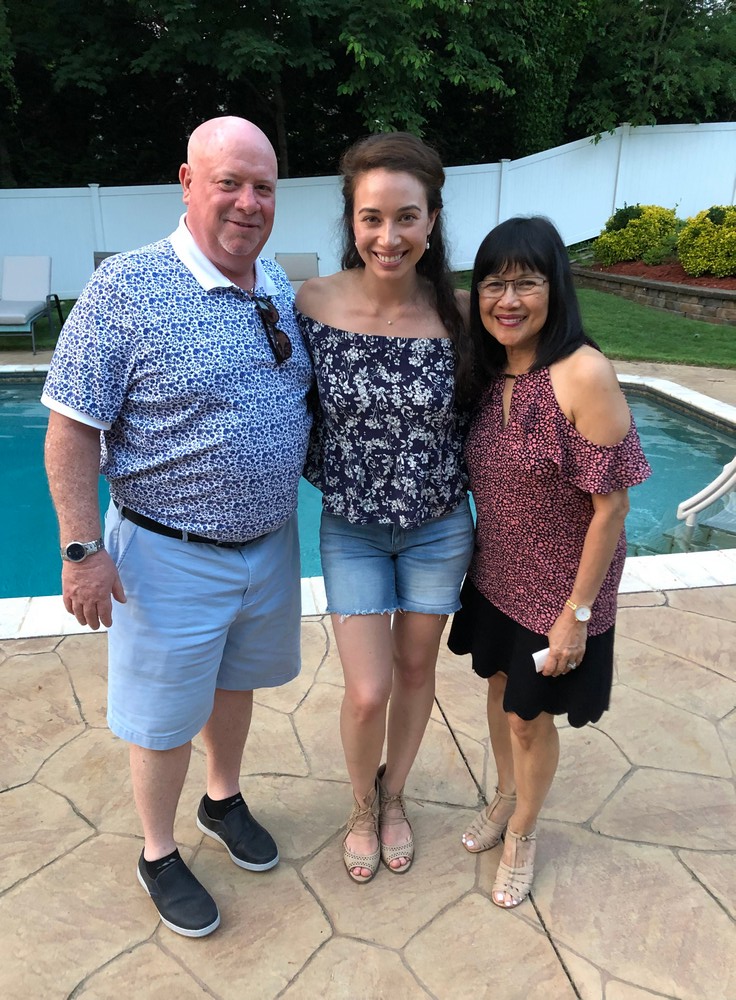 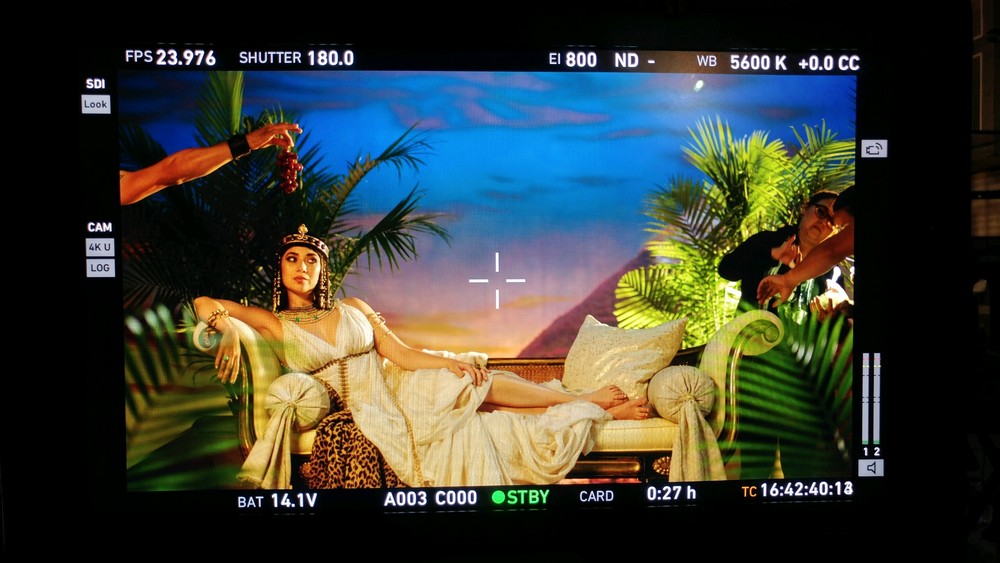 Alright, so let’s move onto what keeps you busy professionally?
The story goes that when I was about 4, I hopped onto my grandfather’s pool table and starting singing the “I Love You” song from Barney. Ever since that moment, I grew up singing in people’s living rooms, at catering halls, at sporting events, and more. Along the way, my mom also put me in children’s’ theater classes where I started acting and being in shows.

Ever since then, I have been a performing artist and I have been relentlessly passionate about the work. Some kids consider other avenues of what they want to be when they grow up — an astronaut, a teacher, a doctor — somehow, I always had my sights set on a creative life. I went to a performing arts focused high school program and then got my BFA in Acting from Boston University. Soon after graduating, I moved to New York City where I performed in downtown theater and did commercials, voiceovers and print work.

One of my proudest experiences was being an original cast member of the off-Broadway Potter comedy “Puffs, Or; Seven Increasingly Eventful Years at a Certain School of Magic & Magic”. This was a project that was true “theater magic” in every way. It was a show created amongst dear friends that became a hit through word-of-mouth. We had a 9 month sold-out run at a downtown improv theater which led to an off-Broadway run for nearly 3 years and even a film of the live show (available on Amazon, Broadway HD, and AppleTV). We were literally adults running around a stage in capes and wands having a ball and that fun was contagious for our audiences every night. The show even has a little cult following – people will cosplay as our characters! And, well, that is just so special and cool. I could play Hamlet one day but I highly doubt someone will come to the theater cosplaying as Hamlet.

However, the most mind boggling part of that experience was that our play is now being performed by schools and communities across the country and across the world. Playbill just announced that “Puffs” is a top 10 most produced high school play of 2020-2021 (tied along Thorton Wilder’s “Our Town”). To this day, I will get instagram DMs from young women and people who tell me that they are so excited to be cast as my part in their school play. It warms my heart every time. I am so glad that young people have this joyful show to experience and share with people.

Though most of my background is in theater, I have since moved to Los Angeles and I am getting more involved in the film and television scene. What I am currently most excited about is that a short film that I star in called “A Good Couple”, a psychological thriller, is currently making the rounds at film festivals across the country. It premiered at the Dances with Film festival right here in Los Angeles at the famed Chinese Theater and I am currently nominated as Best Actress in the HorrorHaus film festival in Santa Clarita.

I think what sets me apart as an actor is actually my experience being mixed race. My whole life, I have moved between different worlds and different cultures. On the surface, that could be interpreted as me “playing different parts” but, in my eyes, I always saw it as deeper than that. I learned how to highlight and share different parts of who I am in different places and spheres while still staying true to myself. Ultimately, isn’t that what an actor is asked to do? We are asked to refract our light in certain ways to play different characters in different worlds, but always from a place of truth.

Additionally, I feel blessed to have a personal connection to such different stories through my mixed race background. For instance, through my mom, I understand the opportunity as well as the pressure of the American Dream. On the other hand, I also love stories with blue collar, street smart characters with a kind of raw honesty that can’t hide behind a ten-dollar word. Those stories remind me of my dad. I think my connection to such a wide breadth of stories makes me versatile as an actor. It also makes me passionate about lifting up diverse stories.

Is being an actor “hard”? Yes. Simply, yes. And probably in ways that no schooling could ever really prepare you for until you are actually out there and doing it. It’s feast and famine. It’s inconsistent. I’ll put hours into an audition and think … this is unpaid work for a job I may not even get. I would wait for hours at Actors’ Equity to try to get seen for an open call. In other words, I would take a day off from making money at a survival job to wait for hours for an audition that wasn’t even guaranteed.

However, I am firm believer in the 10,000 hour rule. It all adds up and no time put into the work is ever wasted. The hours put into the audition I may not even get is practice and makes me a stronger actor. The fellow actor I meet in the waiting room could be my next collaborator. The time trying things out and making mistakes, big and small, is extremely useful because it weeds out what doesn’t work to help me get to what does. Creating my own opportunities is something I am working on now and the hours put into understanding the process have been extremely eye-opening. Finally, the time outside of the work is also hugely valuable. Art is informed by life and … ya gotta live life to have a well to draw from.

Sometimes the career can feel like riding a rollercoaster and it can be scary. Sometimes I crave a flat, consistent road. But rollercoasters are also really fun. I think the biggest gift I give myself as an artist is allowing myself to just ride the rollercoaster rather than wishing it was different ride. When I do that, I can put my hands up and just let go. 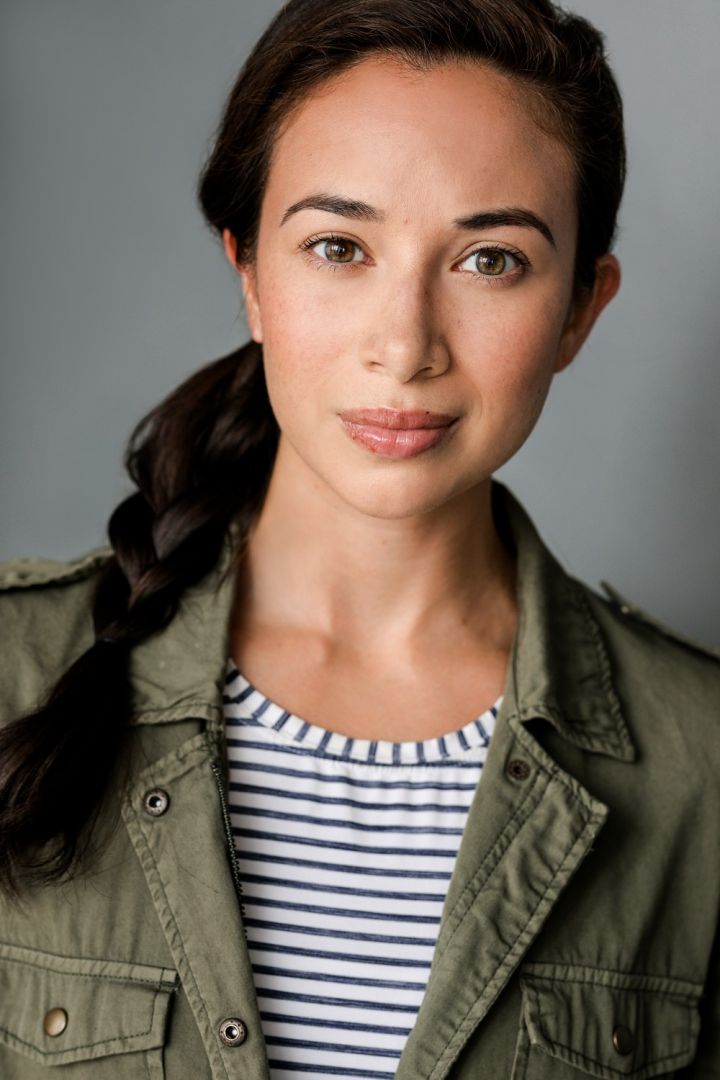 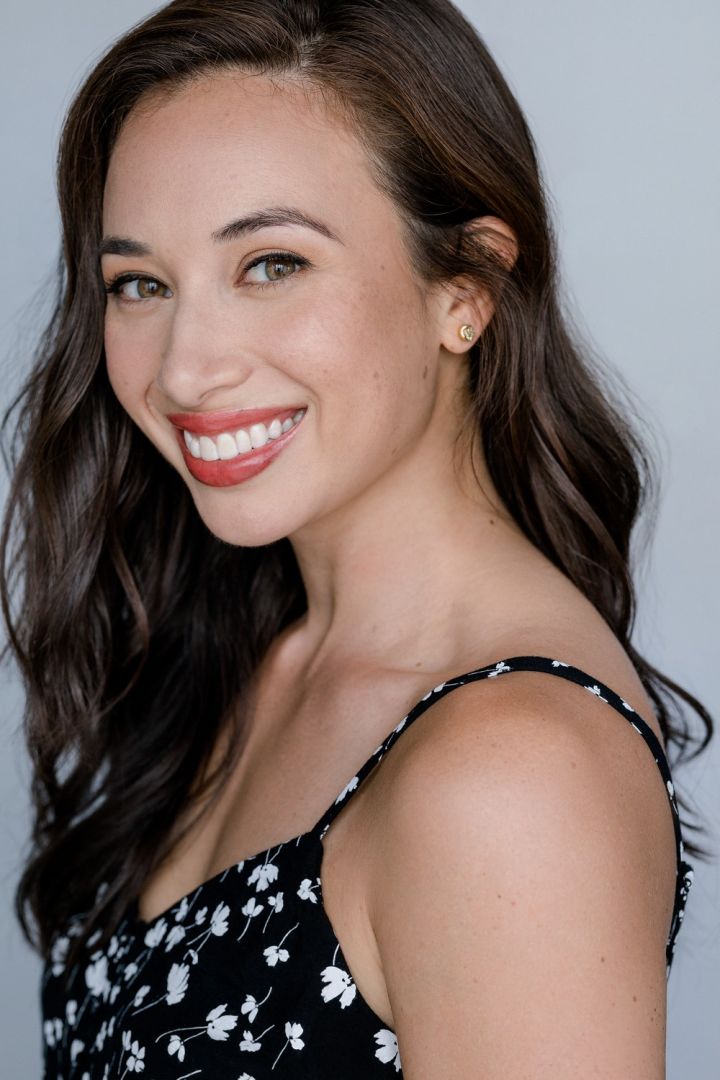 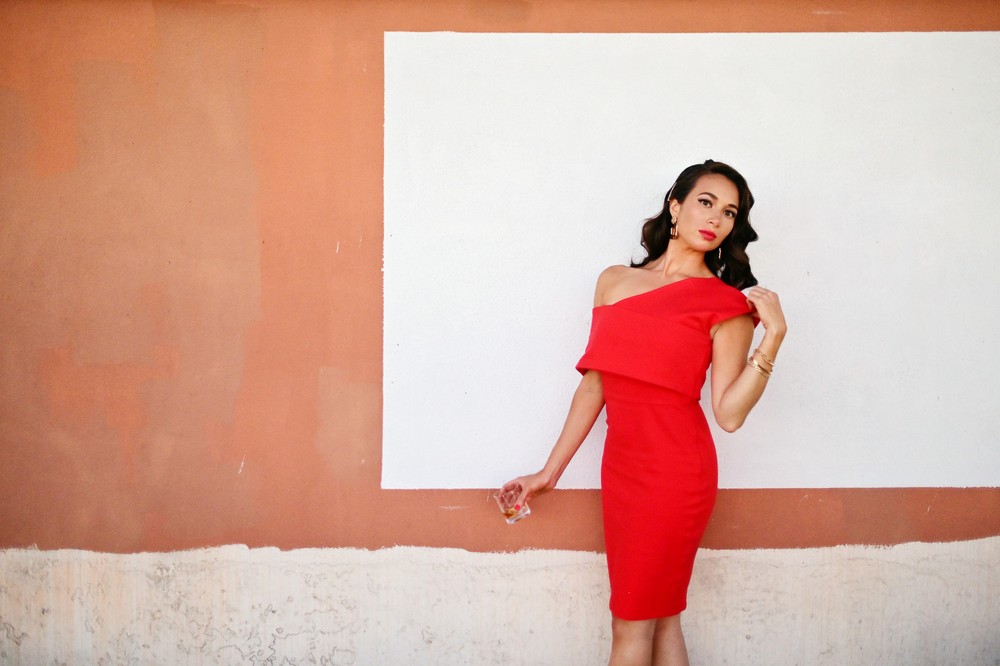 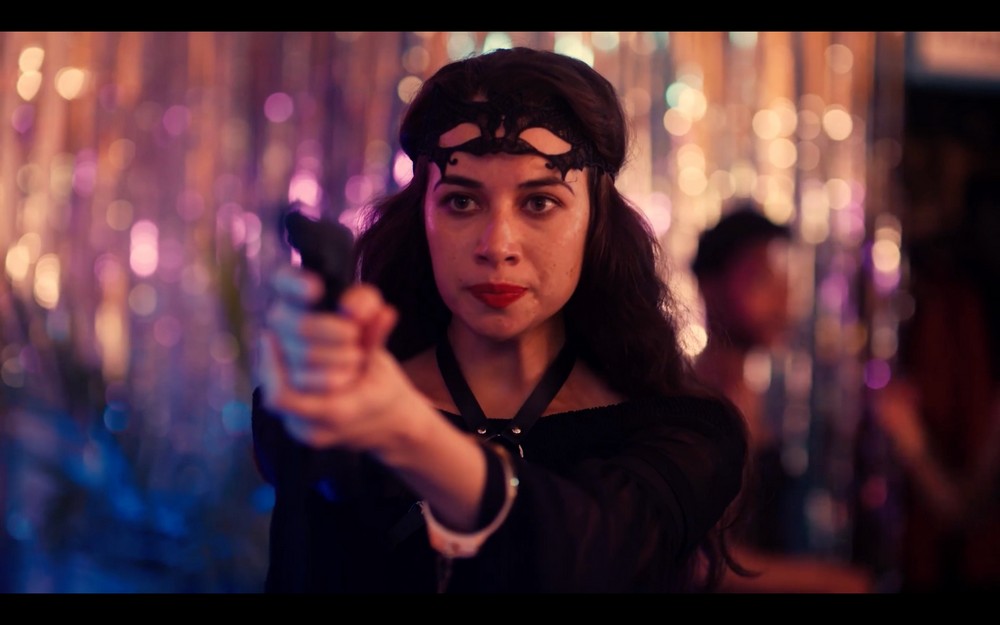 If you had a friend visiting you, what are some of the local spots you’d want to take them around to?
Take a drive up to Malibu and do the hike at Escondido Falls.

Get them Sidecar Donuts and Salt & Straw ice cream.

Jon & Vinny’s for some delicious carbs aka pasta and pizza.

I worked as a host at Nobu for a hot second and the food is sincerely delicious (and yes, you may see a celebrity or two)

Take a walk along the beach in Santa Monica through Venice … as far as we can go!

Lady Byrd in Echo Park for a tasty brunch in a basically a mini greenhouse.

Davey Wayne’s for a night out and some dancing.

Get a fancy drink at the super chic speakeasy Varnish in downtown LA.

See a movie at the Melrose Rooftop Theater after getting a drink with a view of the Hills at E.P. & L.P.

Go to Chaumont in Beverly Hills for the best chocolate croissant I’ve ever had.

Take neighborhood “hikes” and look at the gorgeous houses. Outpost Estates, Hollywoodland, and the hidden stairs through Los Feliz. 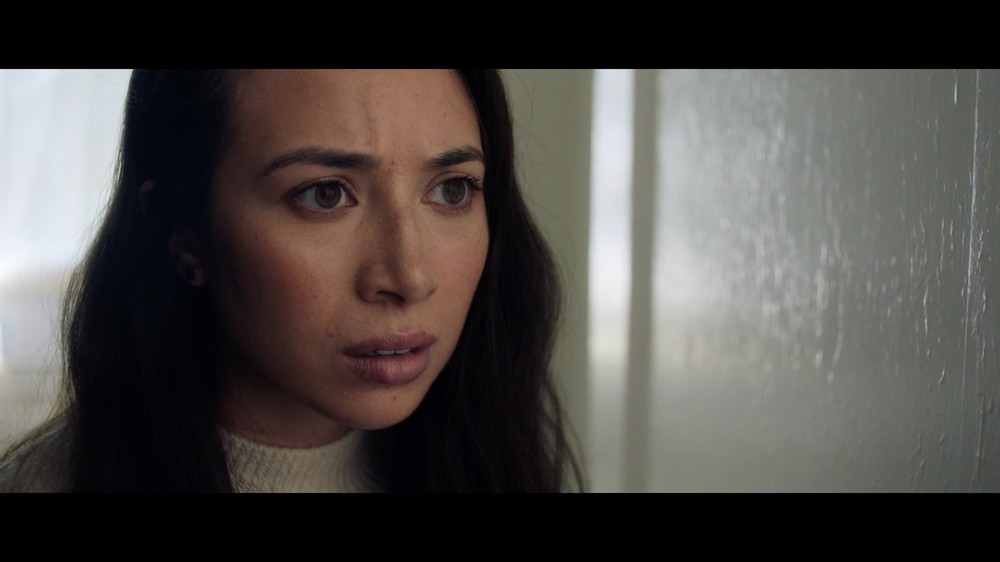 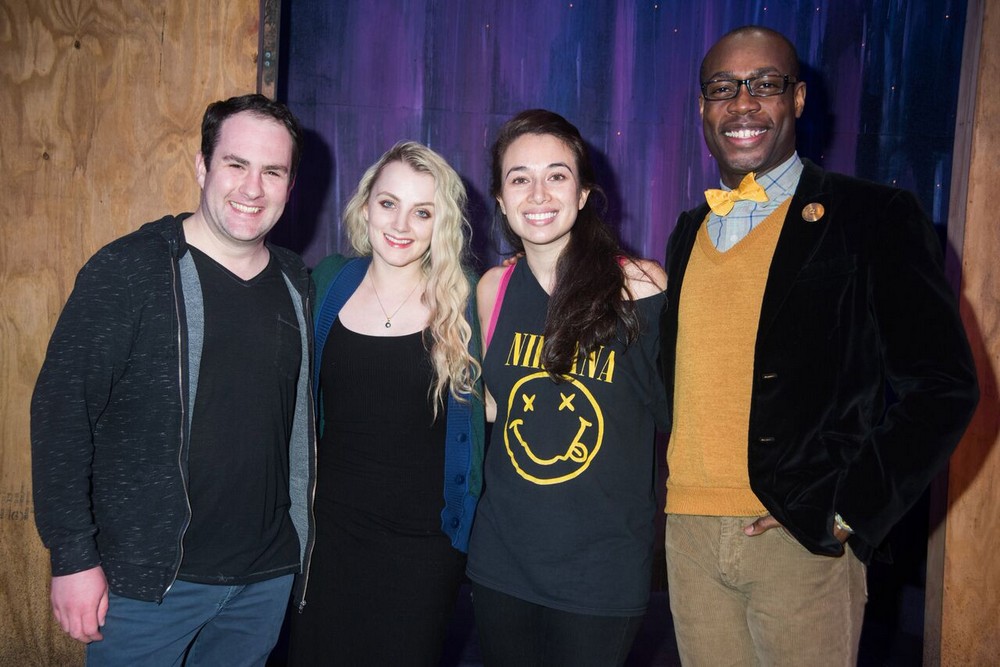 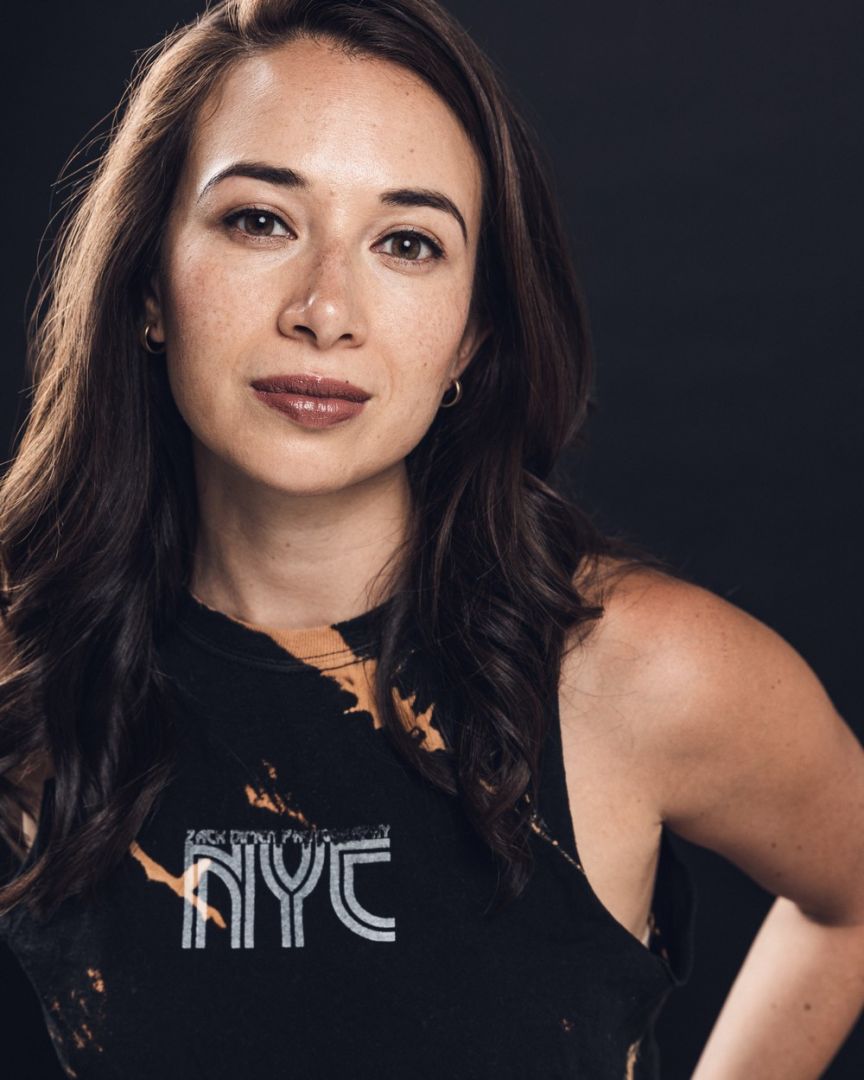 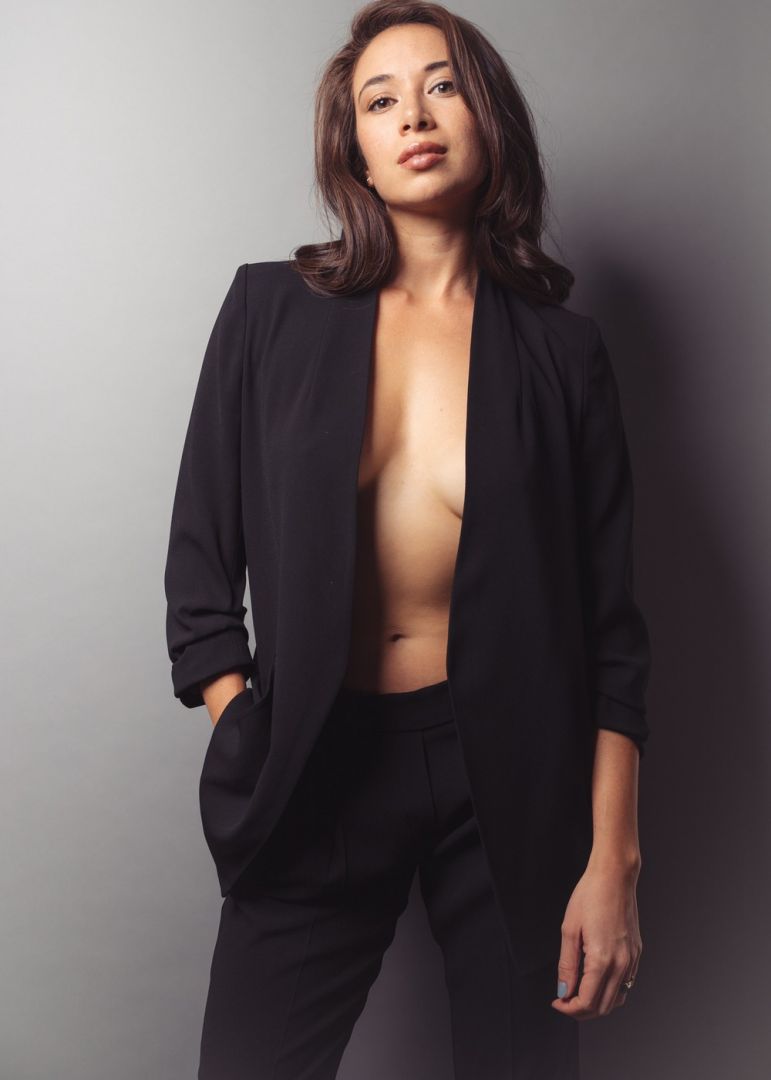 The Shoutout series is all about recognizing that our success and where we are in life is at least somewhat thanks to the efforts, support, mentorship, love and encouragement of others. So is there someone that you want to dedicate your shoutout to?
I would like to give a shoutout to my talent manager, Anna Lewkowska. She has believed and supported my talent for years and has helped me open doors I would not have been able to open on my own. She introduced me to the world of voiceover, helped me make the transition from New York City to Los Angeles, and even acted as my publicist on a red carpet event once. She gets me professionally and personally (which is rare) and I feel so grateful to have her on my team.

Other: tiktok is @julieannearls https://vimeo.com/user33439552
“A Good Couple” https://anchor.fm/ya-gotta-try-this – first episode of this podcast has been released!