We had the good fortune of connecting with Kareem Atallah and we’ve shared our conversation below. 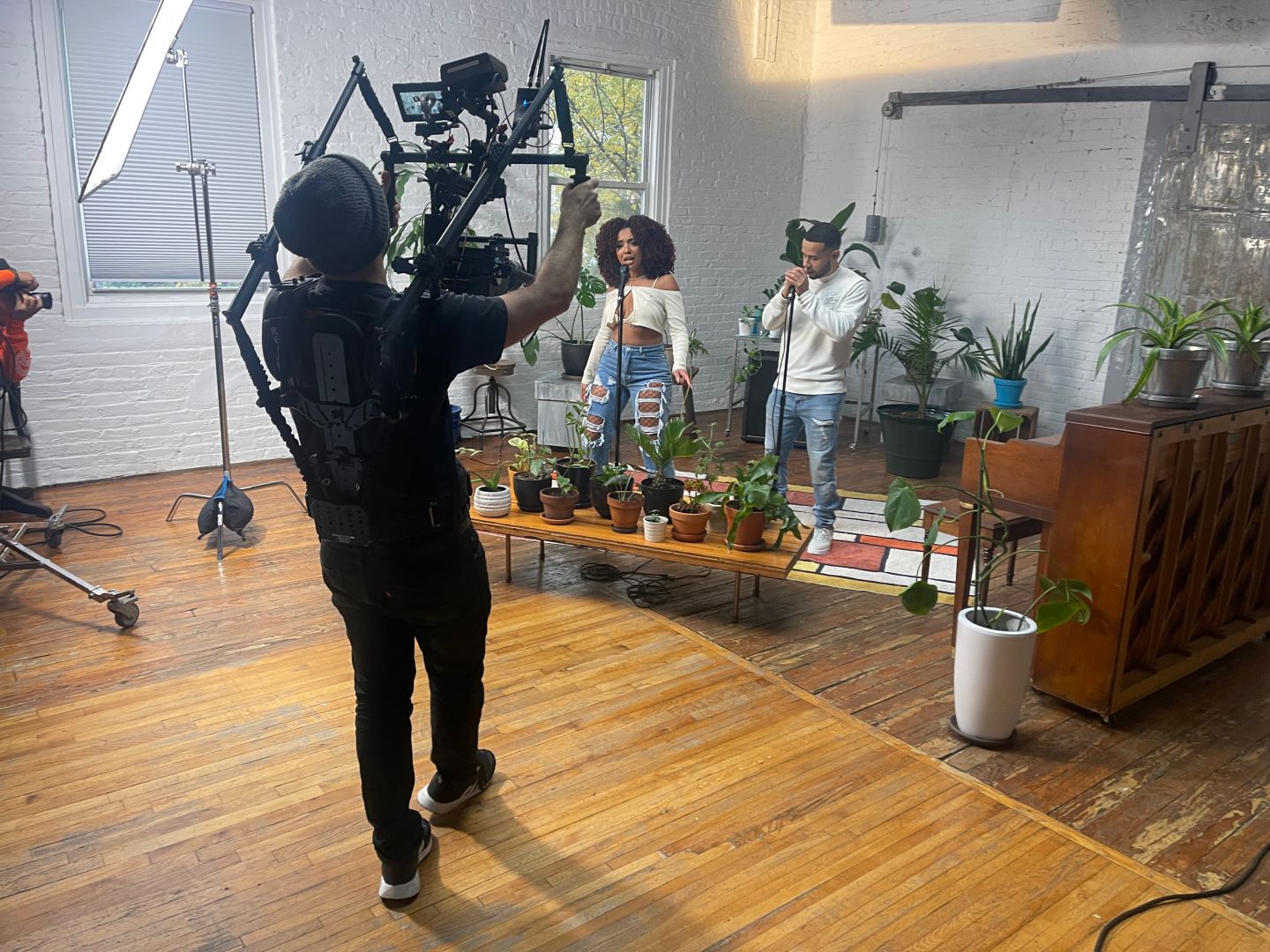 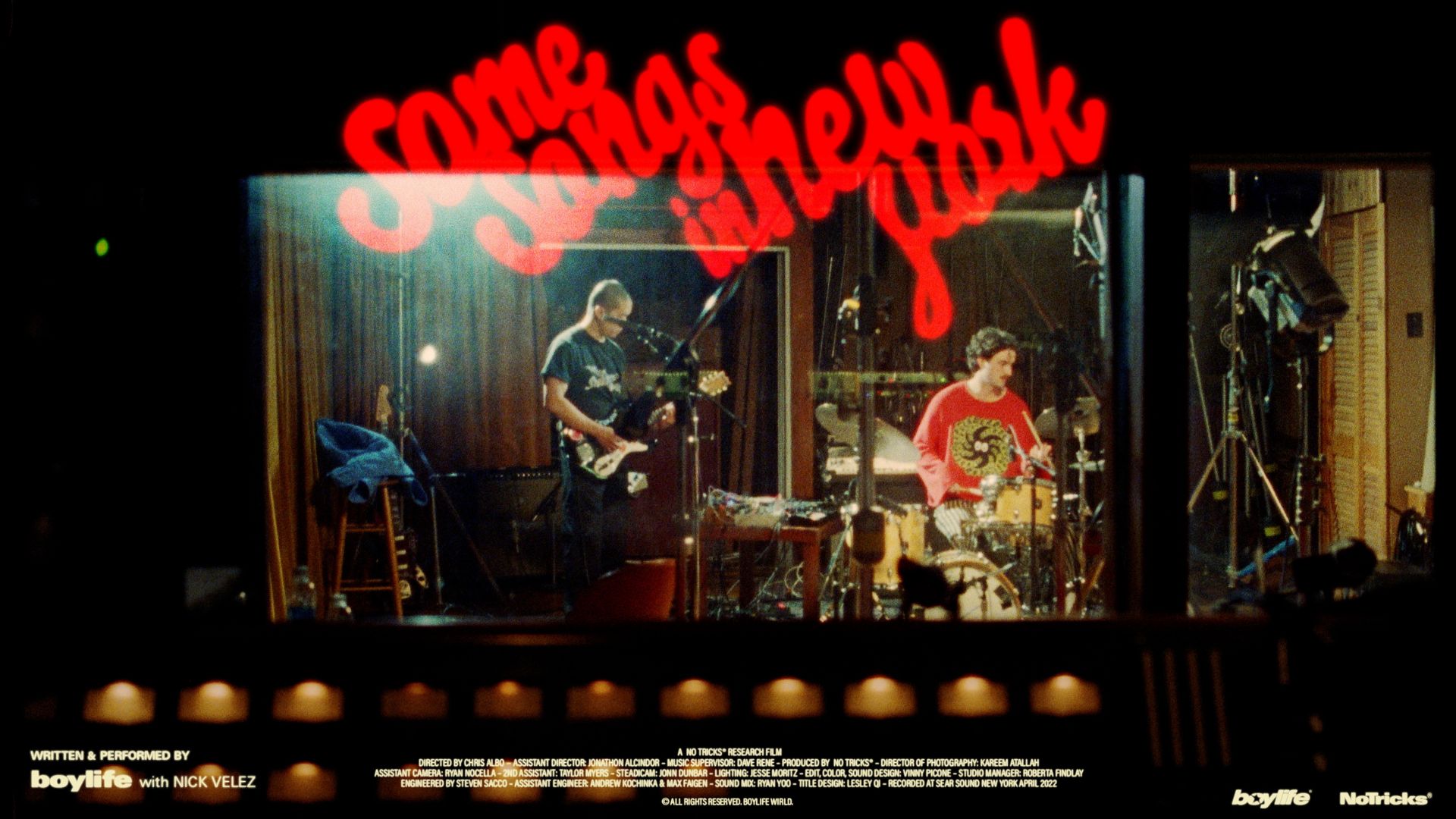 Alright, so let’s move onto what keeps you busy professionally?
This is a hard one for me to answer. I think one thing that sets me apart from others is my overall demeanor on set. It’s very rare to see me get worked up or frustrated when I am on set. I am always smiling and I truly am always enjoying myself when I’m on a set. Just like everyone else I have had super tough long days and have been on sets where things are just unorganized and chaotic. But I never go home thinking I want to quit or have a feeling of dread about going back the next day. I truly feel the most at home when i’m on set. We get to play make believe for a living and if that doesn’t excite you everyday then you aren’t in the right line of work.

For just about over year I have been working on my first feature as the Director of photography. It is a 1960s period piece and it looks so amazing. I am unbelievably excited for this project to come out. The Director Ryan Sarno is double dipping as the production designer and his attention to detail is so motivating to be around. It’s also a big step in my career to be able to say officially that I am a “feature filmmaker”. The title of the film is “The Greatest” and if everything goes according to plan it should be released June 2023 so keep an eye out for that!

As I mentioned in an earlier answer I kind of decided to become a filmmaker basically on a whim. At that point I was making little skate videos with my friends but nothing that could be used as a proof of my skills so I couldn’t just jump into an art school. I had to attend two schools before I was able to eventually land at the School of Visual arts in Manhattan. My first stop was attending Nassau Community College as a “Communications” major. That is where I took my first film class ever and I still to this day feel like I learned more in that one semester then in the other classes I took afterwards. The professor was a grumpy older gentleman but his ideas on composition and overall purpose of each and every frame really guided me into having my own individual style.

I have worked really hard to get to where I am today but honestly I feel like it was a lot of just being in the right place at the right time. For example, When I got into SVA, I quickly and luckily realized that a certain amount of the work at film school was to create your network. Anyone in the industry would agree that you are only as good as the network you have around you. You can be super skilled but if you don’t have people around to see it, no one will know to hire you.

Once my peers got to know me and my light hearted attitude, finding work actually came fairly easily.

That being said there were a couple of dips in confidence along the way. At a certain point maybe like 5 years ago I had fallen out of love with filmmaking. I was only working as a camera operator or an assistant camera, which in no way is a bad thing to be doing. I was very lucky to be able to make a living that way and live a comfortable life doing what I love. But I woke up one day and realized that I didn’t have my “name” on any of the projects as my own. I had decided to quit filmmaking and I stopped reaching out and looking for work. Even after I did that I was still getting offered work with arguably not doing any work to find them and that was one thing that made me think I was doing the right thing but It still wasnt enough to keep my love for the craft alive.

I had learned about a “traveling film festival” in Italy named “Cinemadamare”. The concept is that every week you go to a small town in Italy where nobody speaks english and you have one week to crew up, shoot and screen a film. At the end of the weekly screenings, awards would be given out and if you had won best film that week you would get a free ticket to “Venice film festival Bc thats where the program eventually ends at the end of the summer. The program was full of filmmaker from all over the world. People from all over, a array or ages and skill levels. My plan was to go for four weeks, direct my final four projects then since I was already in Italy I would find a culinary school and become a chef and leave filmmaking behind.

Once I got to the program I quickly realized that I had more professional experience then most of the people attending and instantly I became in demand. People were arguing and trying to figure out ways that I could shoot everyones projects. I had literally never felt like I was good enough at the craft for people to ever “fight over me”. That summer I ended up staying for 8 weeks and shooting 22 short films. During that time I was able to get over my looming “imposter syndrome” that I didnt even know I was struggling with. After that summer I left Italy with a sense of confidence I dont think i had ever felt before.

Ive learned a lot in my 12+ years in the industry so far and I still feel like every single day on i’m set I am learning something new. I feel if you dont learn and grow everyday then you will find yourself behind.

Im not sure if all of that was what you were really asking me but there it is.

One thing I would want the world to know about me and my brand is that I really and truly love what I do. I enjoy every day I am working. I love that I am at a point in my career where I can teach new and up and coming filmmakers. Also that I get to learn from the next generation of filmmakers.

I can promise that when I run my sets that the energy will always be high, motivating and good environment to be in. 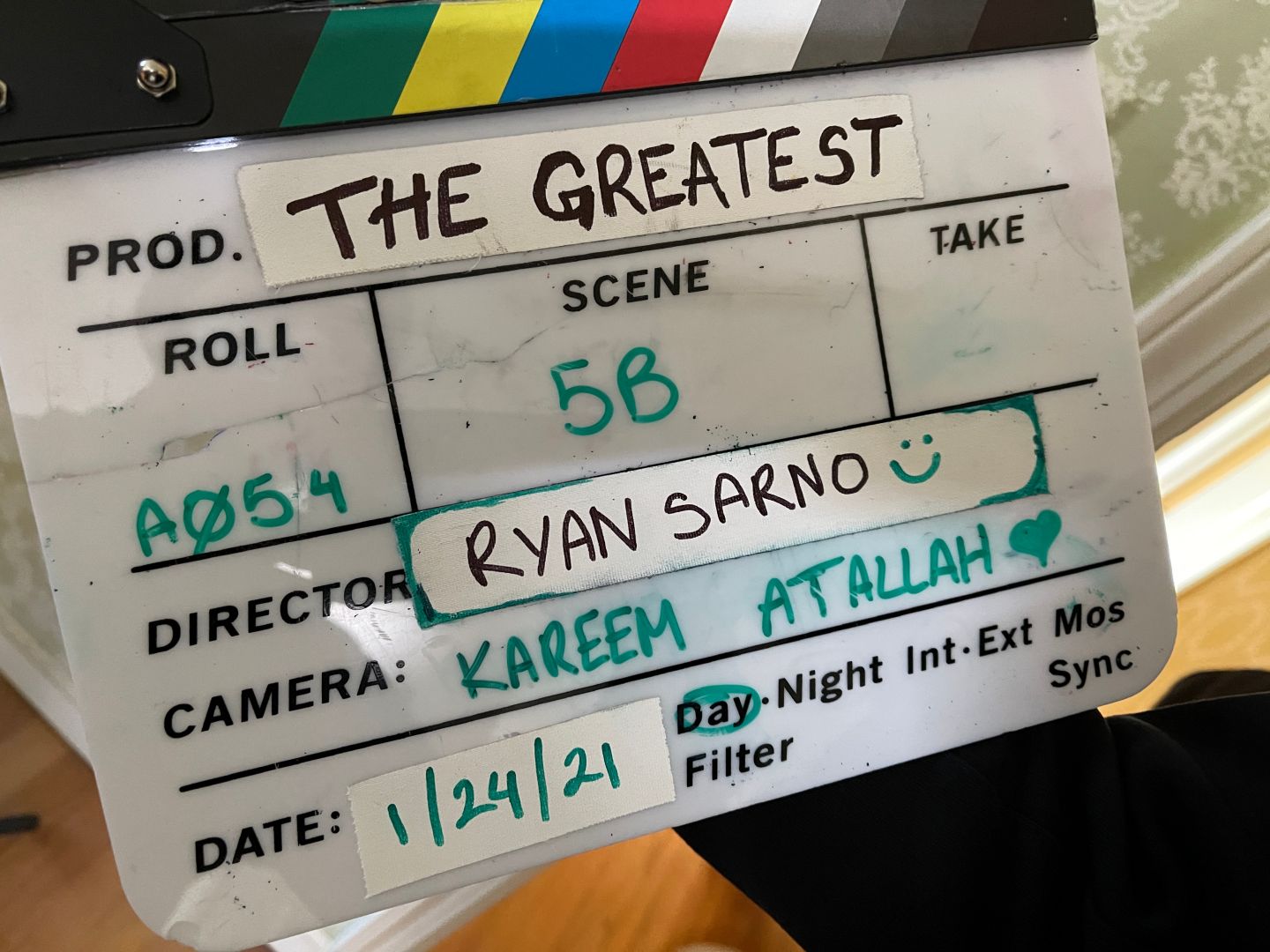 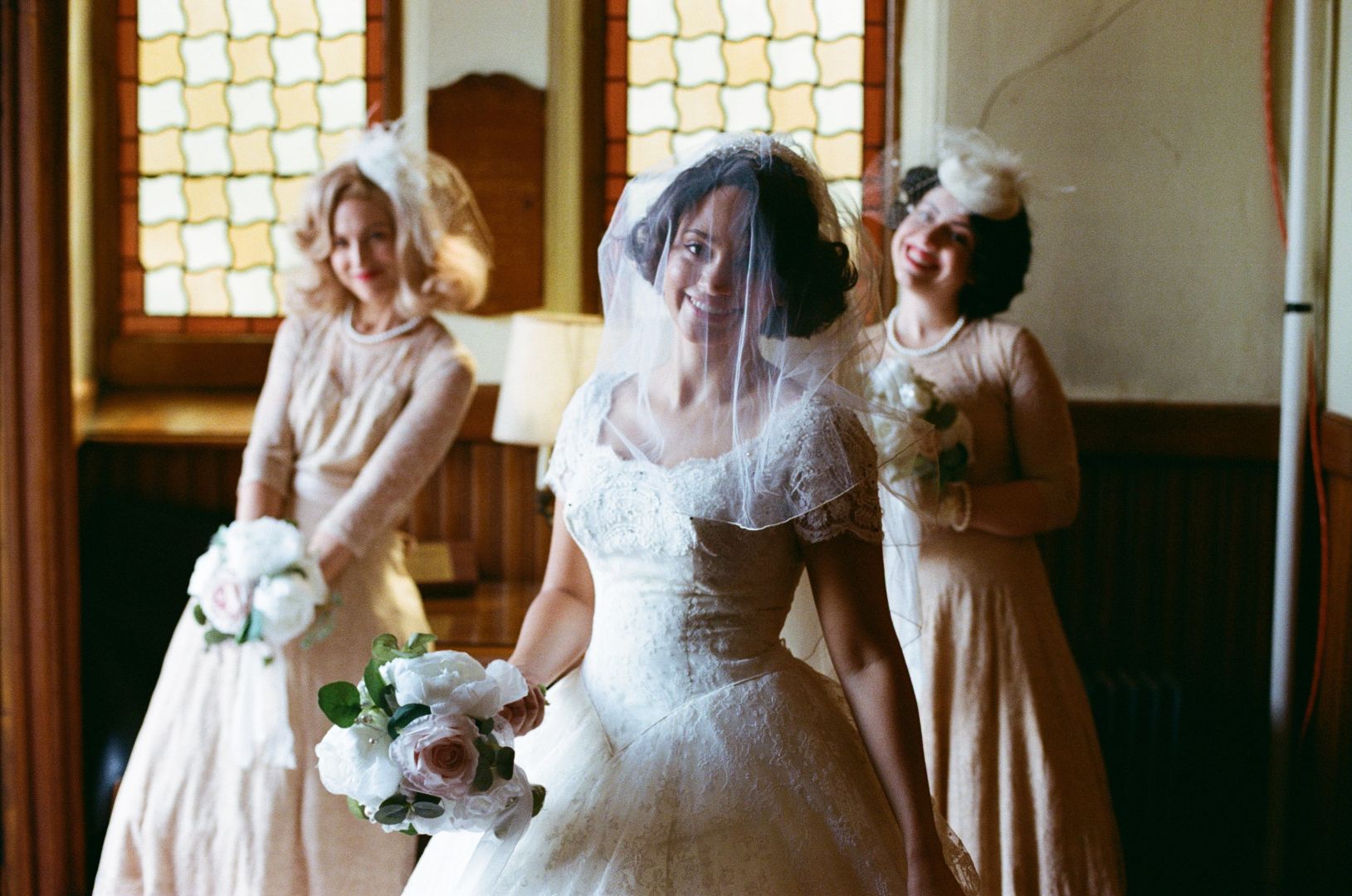 Let’s say your best friend was visiting the area and you wanted to show them the best time ever. Where would you take them? Give us a little itinerary – say it was a week long trip, where would you eat, drink, visit, hang out, etc.
Another tough question. In the last couple of years, like most people have become somewhat of a homebody. With the pandemic and everything going on I really mostly just sit in my office and work if I am not on set.

But If I had someone visiting New York for the first time I would bite my tongue and obviously take them to time square and do all the typical tourism things. I would try to plan it so it was at night after it rained. One reason is that it would hopefully be empty of tourist but also seeing the lights of time square reflecting back at you off of puddles is a beautiful thing to see.

I have some friends that are Djs in the city so at night I would bring my guest to one of the parties my friends throw and show them a real late night New York adventure.

I would take them to central park during the day before heading to a rooftop of some kind so show them a view of the amazing city I get to call home. 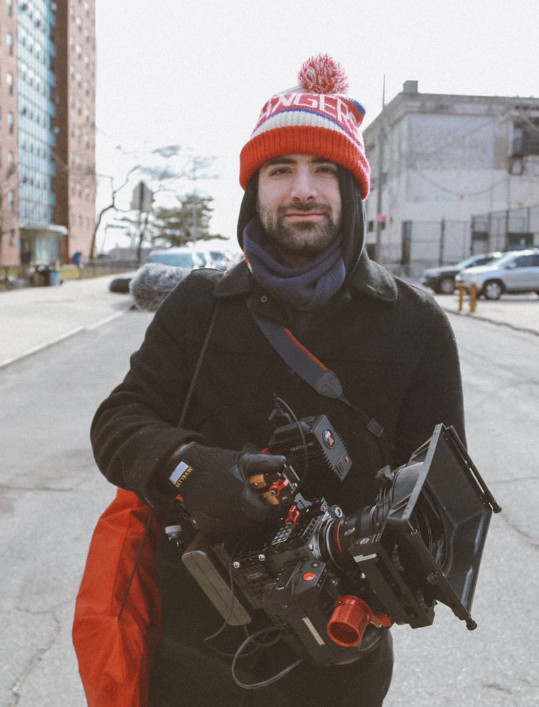 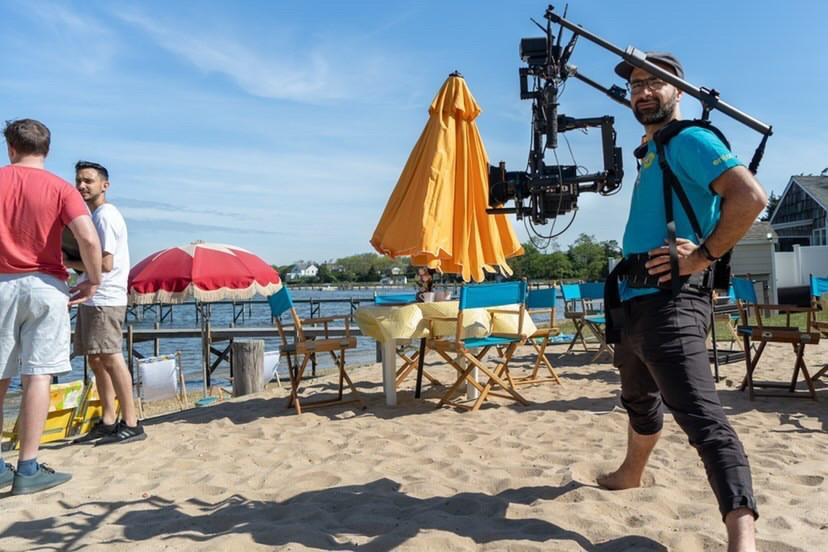 The Shoutout series is all about recognizing that our success and where we are in life is at least somewhat thanks to the efforts, support, mentorship, love and encouragement of others. So is there someone that you want to dedicate your shoutout to?
I wouldn’t be able to be where I am today with out my parents. I am a first generation middle eastern here in New York and I know it was a tough thing to handle when I told my parents I wanted to go to film school. Most middle eastern parents or really most parents hope their child would grow up to be a doctor, lawyer, or an engineer. I was supposed to go to school for business but one day it hit me that I couldn’t live in a cubicle for the rest of my life and that’s when I switched to film. My parents who, at first were shocked and confused bc I hadn’t taken any art classes in highschool or made any films, never once told me “no” or “to rethink my decision”. They’ve always supported me in every way and I am so lucky to have them. 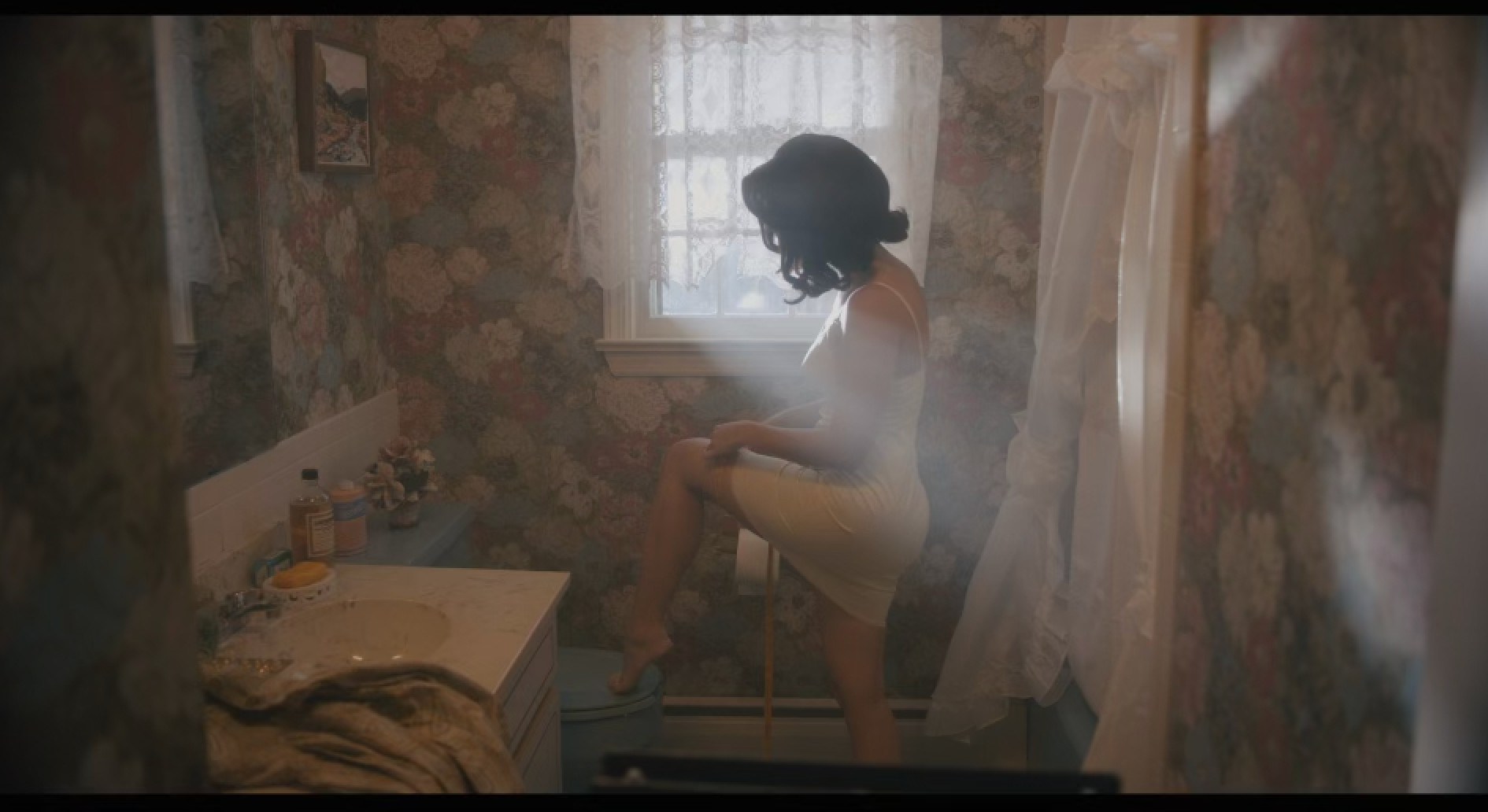 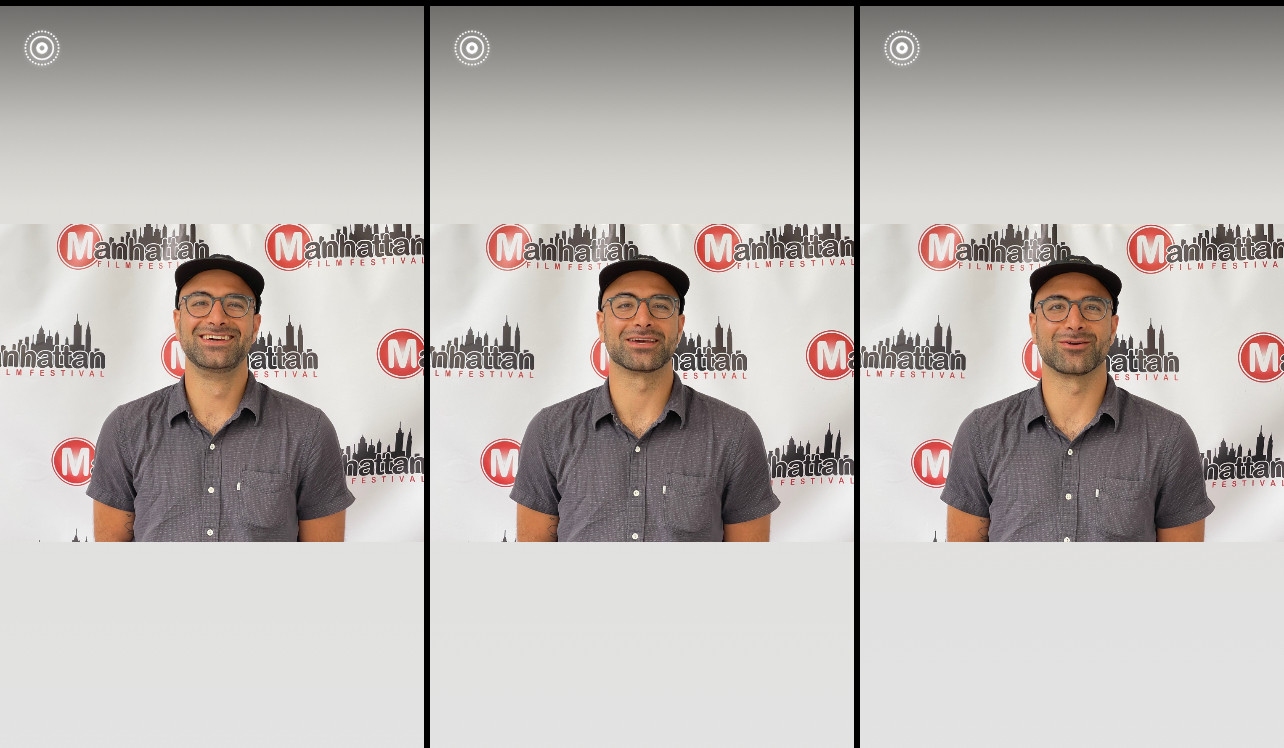 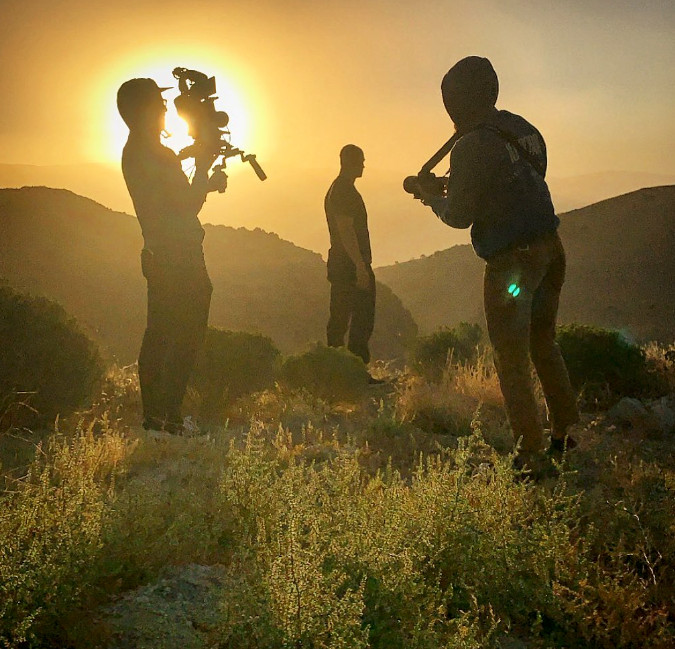