We had the good fortune of connecting with Kate Rees Davies and we’ve shared our conversation below.

Hi Kate, where are your from? We’d love to hear about how your background has played a role in who you are today?
I was born in the Neath Valley, in the UK. A magical place with rich green rolling hills and abundant streams and waterfalls. This enchanting area is also where actors Michael Sheen and Richard Burton are from. I grew up in a house where we watched a lot of old movies and danced around to movie show tunes from the 1960’s with my grandmother. The first movie that impacted me was Gentlemen Prefer Blondes with Marilyn Monroe, I just loved everything about that film, the clothes, the music and her character. I also loved watching Fred Astaire and Ginger Rogers movies and it was those that made me want to come to Hollywood to pursue a film directing career. It just all looked so glamorous. When I was 10 years old I was gifted a copy of Alice in Wonderland and drew out pictures of scenes from the book over the Christmas Holidays. At the time I didn’t realize I was drawing a storyboard! For my 13th birthday I requested a cine 8mm camera and started experimenting with filmmaking, I still have the camera today! 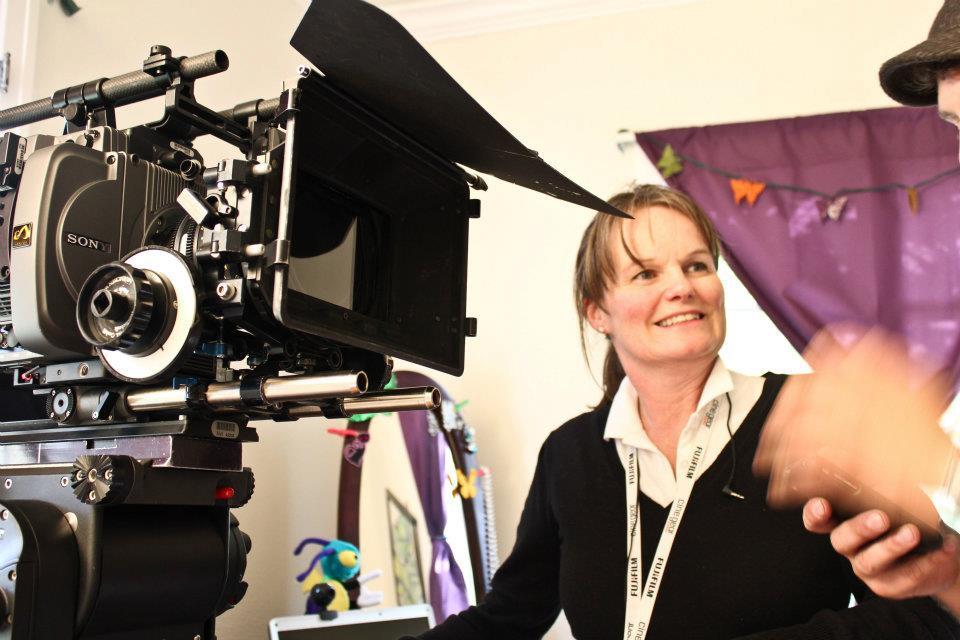 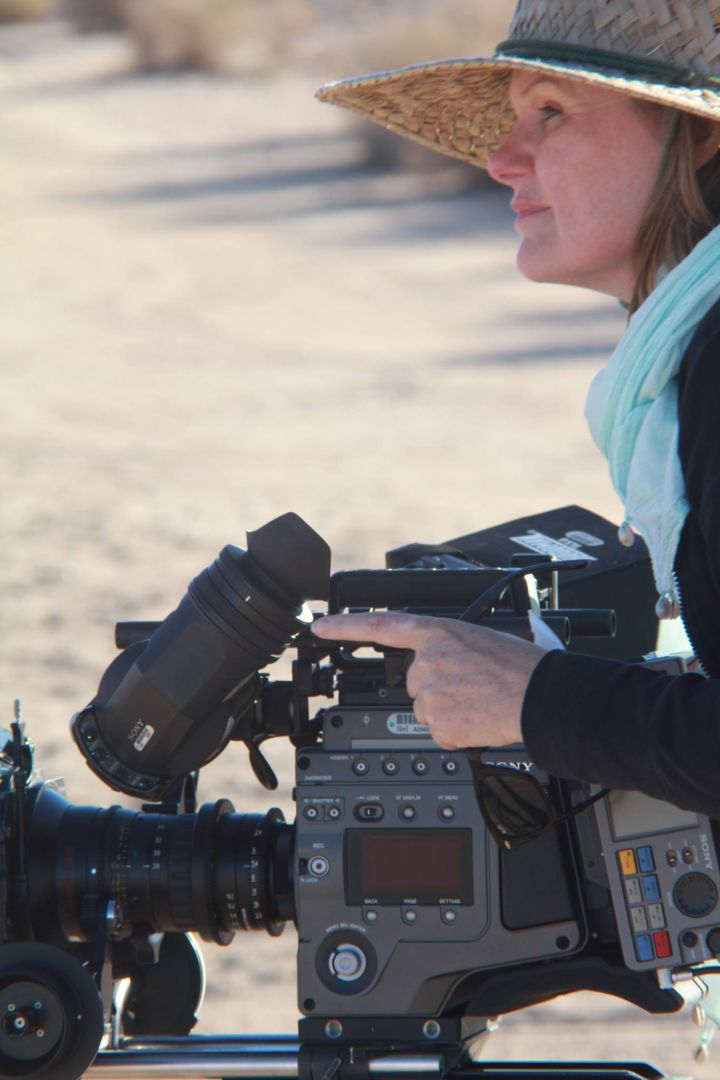 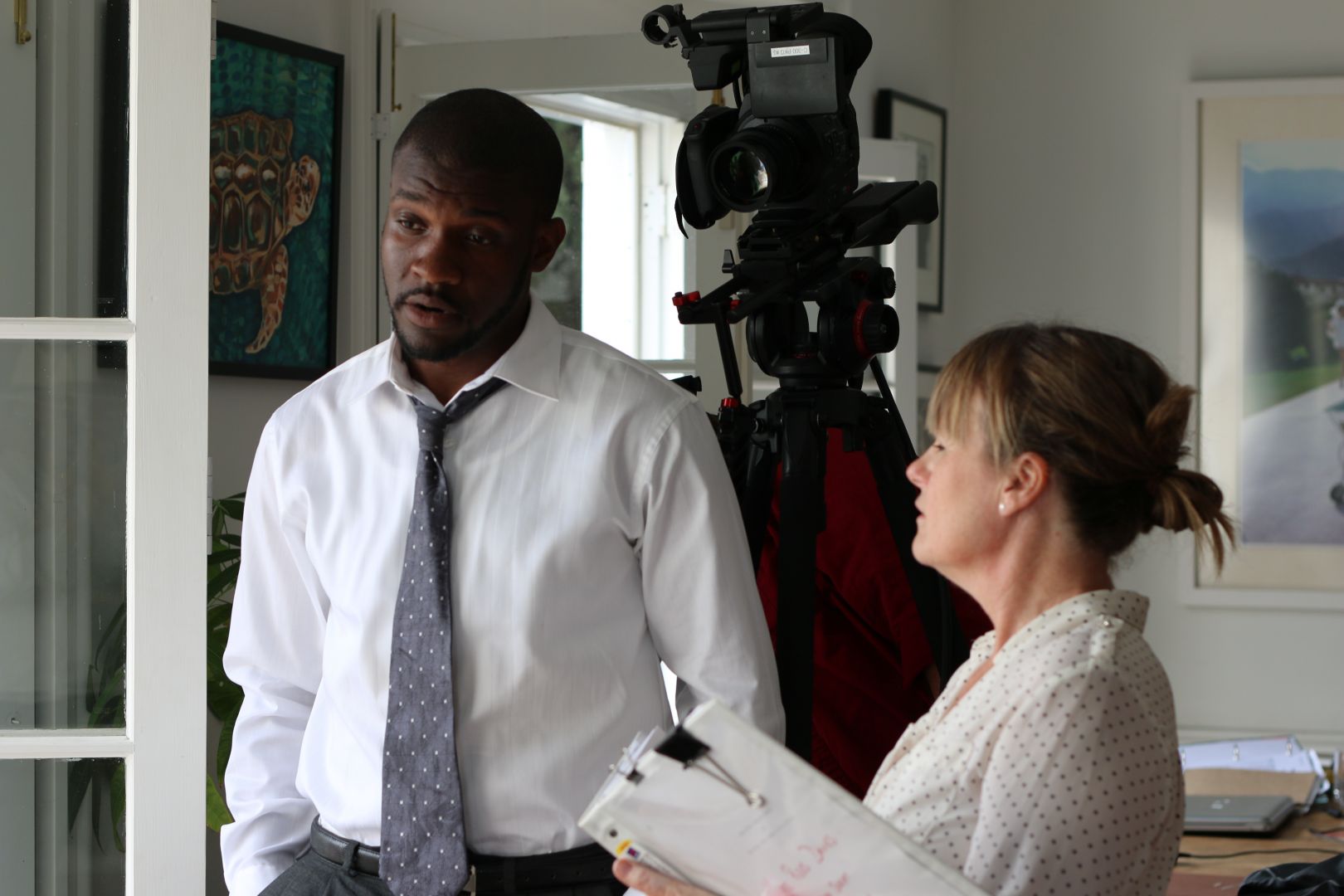 Let’s talk shop? Tell us more about your career, what can you share with our community?
Coming to Hollywood in 2009 to pursue a career in the film business, I naively thought I’d be working with Steven Speilberg within five years! Instead I found one of the most challenging business’s to break into and a studio system that was very much closed to developing new talent, especially those with no industry connections. So during my studies in Directing at UCLA extension I decided to cover red carpet events to get to know the industry cream of the crop! I interviewed some of the most fascinating people in the business from Jerry Maren, who played the Lollypop Kid Munchkin in the original Wizard of Oz to Astronaut Buzz Aldrin. It really gave me a taste of what being in the Hollywood Entertainment industry was like. As I began going to more Academy film screenings with Director interviews after the screening, I started to wonder where are the women? There were no female directors and even fewer BIPOC directors, I soon realized that Hollywood had a problem. This is where the roots of my advocacy to change this began. While interviewing on the red carpet I met Michael Biehn and his wife Jennifer invited me onto the set of their movie to do some cast and crew interviews. From there I ended up producing six of their features and directing one called Altered Perception, which we shot in 5 days and starred Jon Huertas (This Is Us, Castle) alongside Jennifer. The film ended up having a limited theatrical release and is streaming on Amazon. This achievement still astounds me but I think my biggest achievement to date is having 6 short films I produced and directed at The Cannes Short Film Corner. Two of which were picked up for distribution. I am also very proud of the fact that I am the FIRST independent director to shoot on 4K using Sony’s F65 camera while it was still in development. The two short films I produced and directed on that camera ended up as part of the viewing package on Sony’s 4K TV. I am someone who likes to take risks and think outside the box, I am also open to new ideas and collaborating with like minded individuals to discover new ways to tell interesting stories. In the 11 years that I have been in Hollywood I have seen the industry embrace more women and BIPOC directors in the wake of the Harvey Weinstein scandal and the #Me Too movement. It is sad it had to take a tragedy like women being sexually abused to make it so, but it needed a major catalyst for change. While I was studying at UCLA I interned at The Weinstein Company in LA and although I only met him briefly, I was astounded at the revelation. It’s amazing to think that all this change for women and diversity has really just happened in the last 3 years. During this time of change I decided to set up directing workshops for women and diversity, to give them the skills and tools to become great filmmakers. In January 2020 New Hollywood Collective launched The Directors Chair 5050 directing workshop where 10 directors spent 10 weeks writing, developing, crewing and shooting their short films. Two of the first time female filmmakers from the workshop have just been accepted into their 6th Film Festival and one has won a prize. The workshop also aims to build a strong community who can grow in the industry together. I also now teach directing at UCLA so it is incredible to have come full circle! As a creator, director and producer myself I love Action and Period Drama, so during the recent pandemic I have been able to focus on writing and developing 3 TV shows. One is a mini series about Marilyn Monroe and the last 6 months of her life. Writing her story and doing the research has been a joy during this unpredictable time. I also love watching action and period drama and just finished The Queens Gambit, which is a show I would have loved to direct. 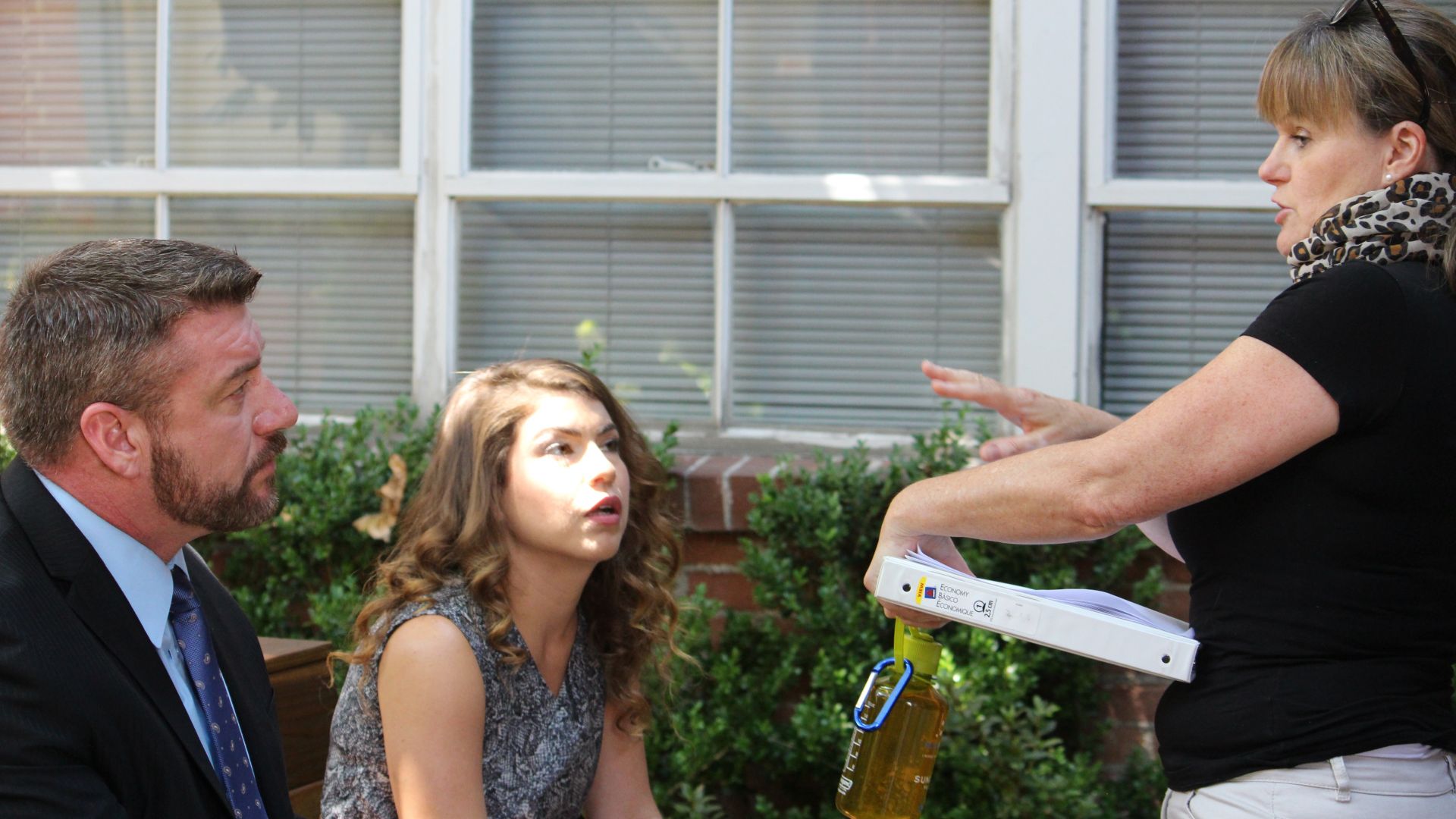 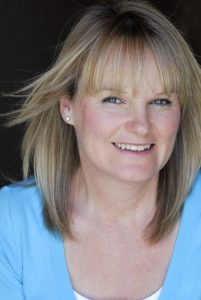 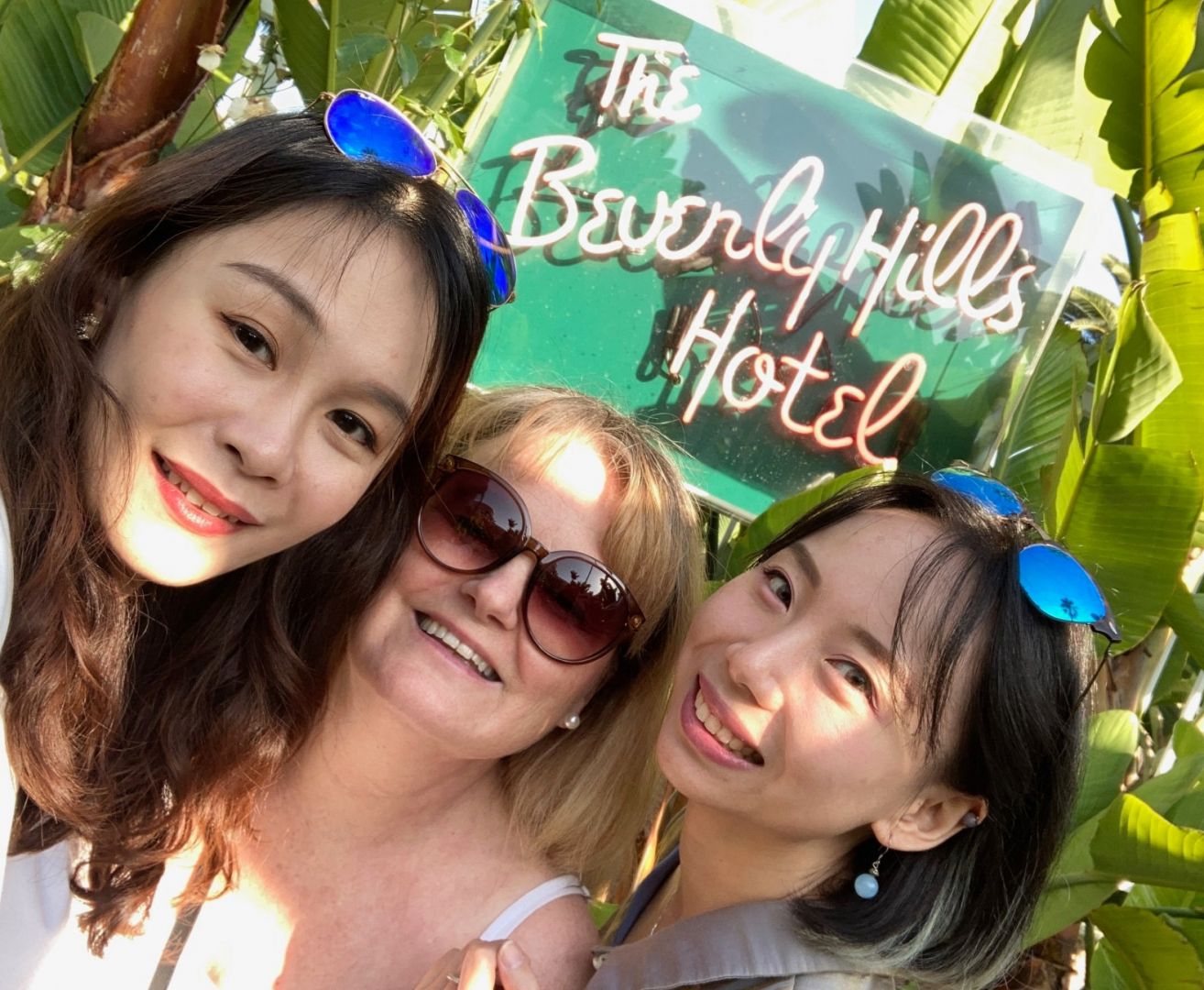 Let’s say your best friend was visiting the area and you wanted to show them the best time ever. Where would you take them? Give us a little itinerary – say it was a week long trip, where would you eat, drink, visit, hang out, etc.
Wow this is such a loaded question as there are so many places and as I am originally from the UK, I have many visitors! My first port of call is normally The Beverly Hills Hotel or The Chateau Marmont for brunch! Both are iconic Hollywood celebrity haunts and my guests are thrilled by the glamour. Can you imagine the surprise when they see the likes of Dustin Hoffman, Sharon Stone or Anne Hathaway walk by. Point Dume in Malibu is one of my favorite beaches, not only is the drive from Sherman Oaks through the Malibu Canyon spectacular, the beach is golden sand and most afternoons you can see pods of dolphins jump as they feed on unsuspecting shoals of fish. There is also a lovely restaurant there where you can sip a cocktail after your day on the beach. A few days in Las Vegas is also on the itinerary, the bright neon lights, the shopping and dinning are always so much fun. A drive up or a hike up to The Hollywood sign is a must. If you can get your visitors to hike up, the views from the top are unbelievable. When we get to the top I always say to friends and family “see I told you I’d get on top of Hollywood”! 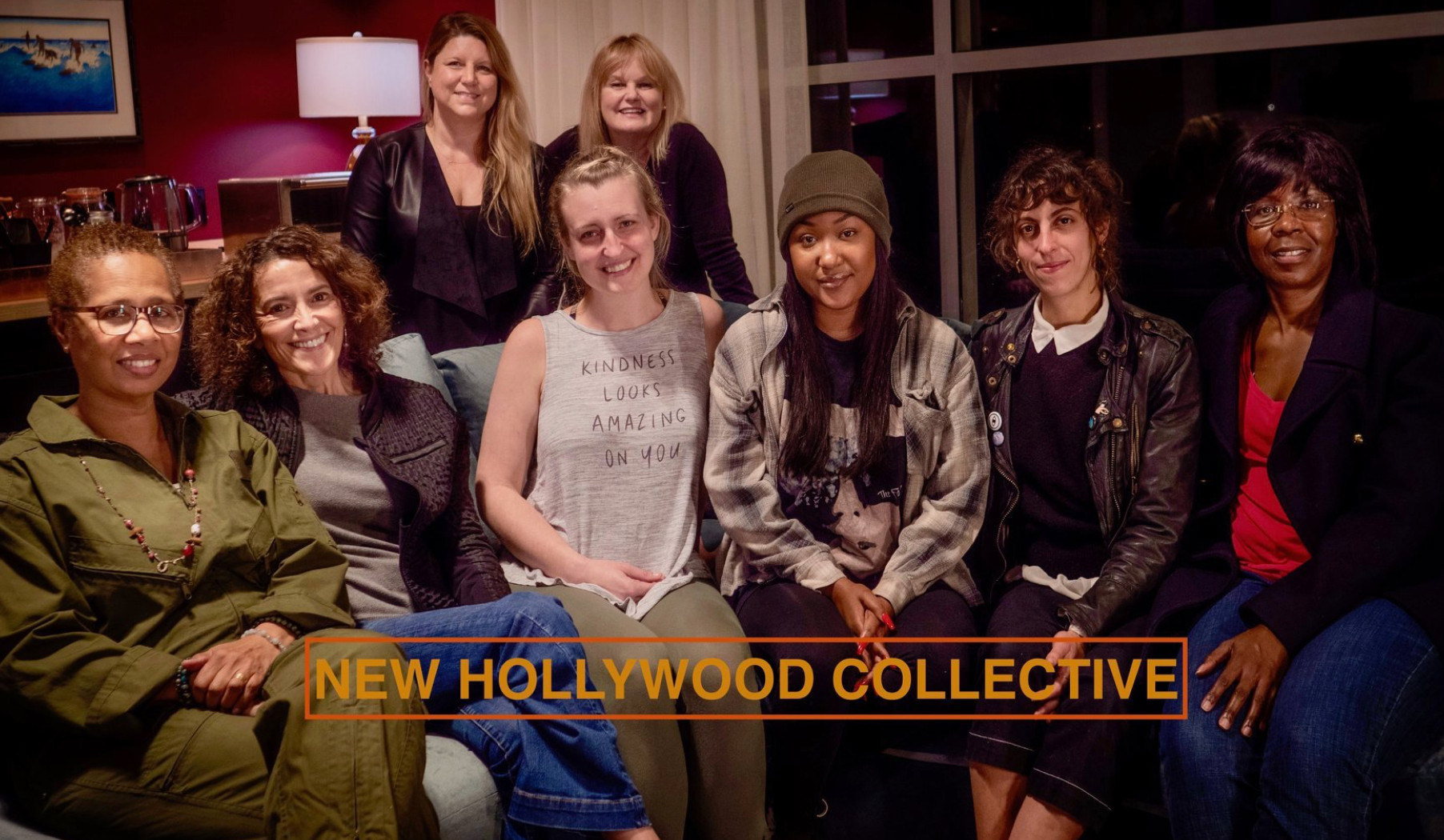 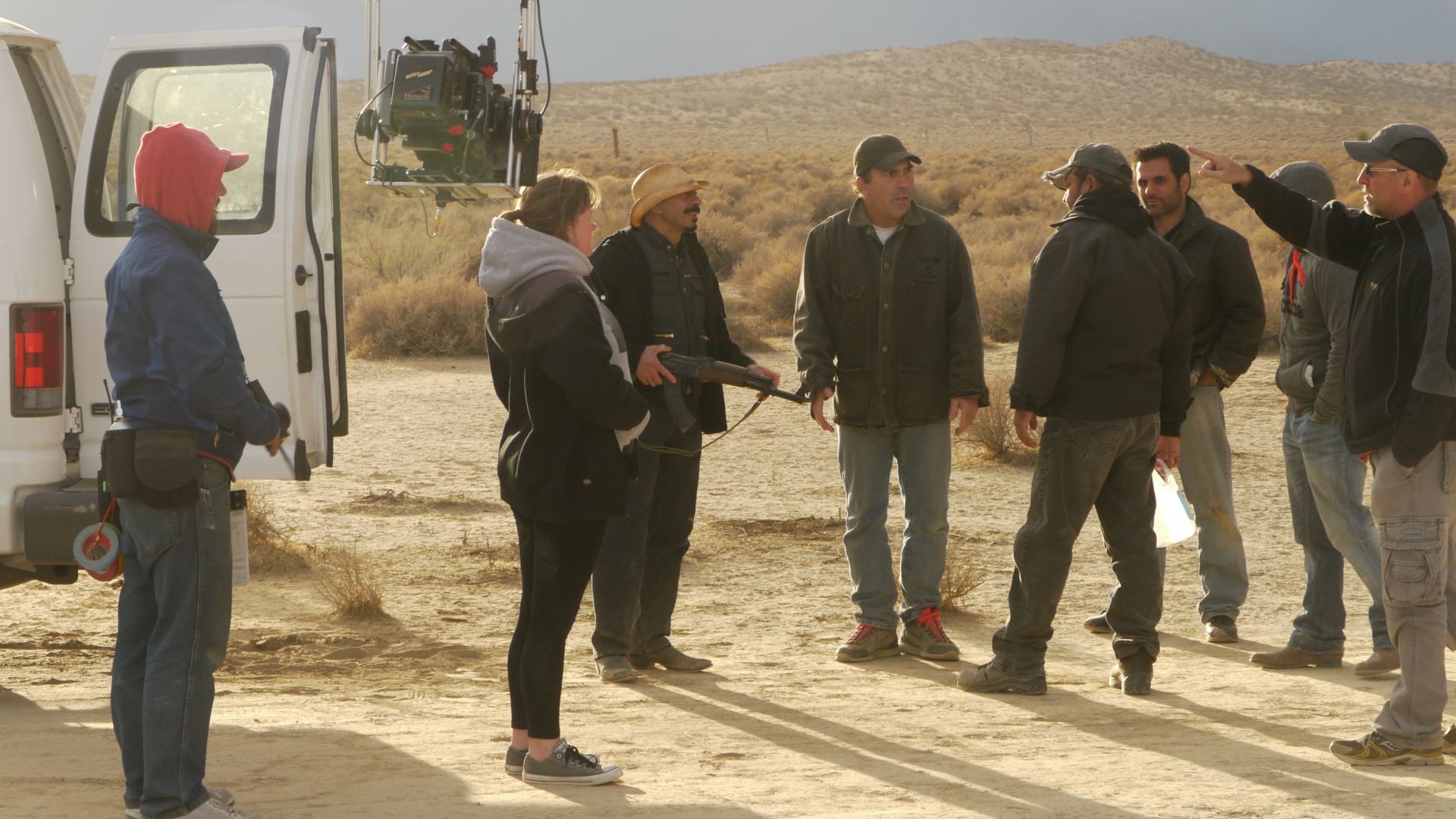 Shoutout is all about shouting out others who you feel deserve additional recognition and exposure. Who would you like to shoutout?
Jenn Page, is the founder of The Blackmagic Collectives, Future Women Of TV Initiative. It was set up to promote women and hand-picked 12 female writers and directors with the experience and credits to be working in TV right now to help guide them to getting their first episode of television. Being a part of this inaugural group of women this year has been phenomenal as we have been taking virtual zoom meetings with studio executives who have the power to hire us. Despite us being in a Pandemic right now and the entertainment industry being in slight disarray, we were able to take so many more meetings with executives, than under normal circumstances. Without Jenns passion and foresight this would not have been possible.