We had the good fortune of connecting with Kerry David and we’ve shared our conversation below.

Hi Kerry, what role has risk played in your life or career?
It’s played an enormous role in both. I’ve always embraced risk as I can’t think of one interesting and successful life that didn’t involve it.  Mitigated of course.  I plan for all possible outcomes and then decide if the risk is worth taking, if it is, I’ll move forward.

A recent example of taking a huge risk (for me anyway!) was the TEDx Talk I gave in Charlottesville. It ended up being one of my proudest achievements because the fear factor was immense. My friend Richard Averitt asked me to give a talk about the making of my film, “Breaking Their Silence: Women on the Frontline of the Poaching War”.  Public speaking has always been one of my greatest fears and I have avoided it quite successfully, for the most part.  Looking back, I’m still not sure why I said yes, but I decided it was something to take on. If I’m honest, it wasn’t just the risk of getting it wrong or potential embarrassment of falling flat on my face; it was compounded by the knowledge that the outcome, whichever way it went, would live on forever because it was in front of 1,000 people, live-streaming over the internet and being filmed!

Regardless, I decided to take the risk (my ego being dented on the one hand, or the potential new audience who would learn about the poaching crisis and the human animal conflict on the other). I read several books on giving a TED talk, reached out to friends for advice/referrals and had an ocean of response.  My dear friend Ashley McAvey connected me to her cousin in the UK who had given one of TED’s most successful talks on, of all things, “Clouds” (it’s a beautiful talk, I highly recommend it).  He was kind enough to share his preparation and entire experience, which was extremely helpful. TEDx Charlottesville paired me with Mercedes Herrero, an actress and volunteer coach who was gentle and kind with my process.  So much so, that by the time I was about to walk on stage, as scared as I still was, I was as prepared as I could be.  Instead of calling it Breaking Their Silence, I named it; “The Last Five Minutes” because in many ways, that’s where we are with our endangered wildlife. While I’ll never be a world-class speaker, I’m really proud of that talk. Risk, to me, is just the price of living an interesting, adventurous and exciting life. 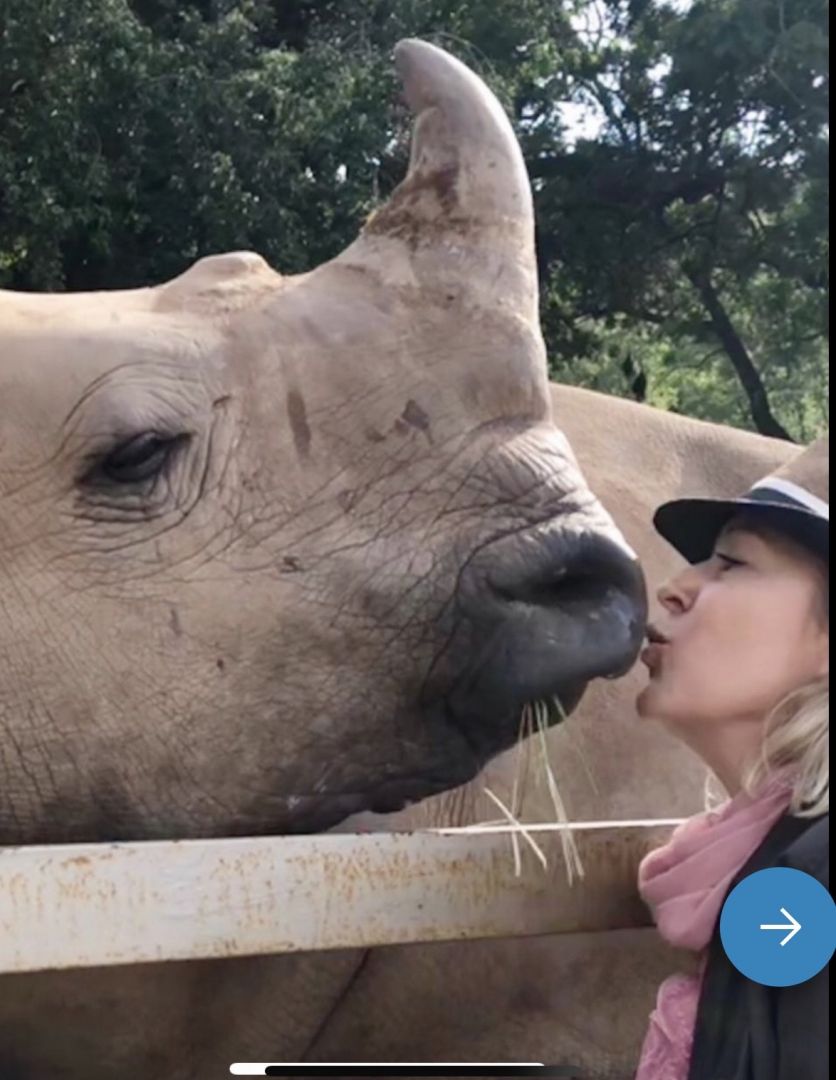 Let’s talk shop? Tell us more about your career, what can you share with our community?
I’m a filmmaker and a philanthropist; my two companies are KDC Films (KDCFilms.com) “Impactful films that inspire” and my non-profit is OverandAboveAfrica.com.

I spent the first part of my career producing features and documentaries. However, three years ago I started focusing on directing feature documentaries too.

Bill Coors: The Will to Live was my first.  It’s based on the life of legendary Brewer, Bill Coors. Bill didn’t want it to be about his brewing career per se, which he felt had been documented enough.  Instead, he wanted to share a personal story about his battle with depression and anxiety. He intended to leave a road map for today’s younger generation who still suffer from its devastating effects. While it’s a widespread issue, in Bill’s case it was extreme.  His family history included his Grandfather and daughter’s suicides, his brother’s murder and the tragic death of his two year old son.  Getting no help from mainstream doctors Bill went on a 25 year journey to see if he could cure what ailed him, holistically.  He was successful and brought back what he learned so that the Coors Brewing Company employees could benefit.

This film, led to the financing of my passion project; Breaking Their Silence: Women on the Frontline of the Poaching War.  A journey I undertook with a tiny crew around Africa and Asia to better understand the commercial poaching crisis and wildlife trafficking pandemic.  Learning how dire the situation is for Africa and Asia’s wildlife, I Founded, OverandAboveAfrica.com to create a global community to lend their hand to the needs on the ground for wildlife and the communities they impact.

The women we filmed were some of the most courageous and resilient, selfless human beings I’ve ever had the good fortune to befriend. Finding hope in a seemingly hopeless epidemic took us to multiple destinations to interview strong, inspirational women!

I’m currently filming Open Secret which I can’t say too much about as it’s under wraps for the time being, but it’s shocking and timely.  It will air in 2021 and is very much in line with the themes of my films; “Shining light into the darkness”. 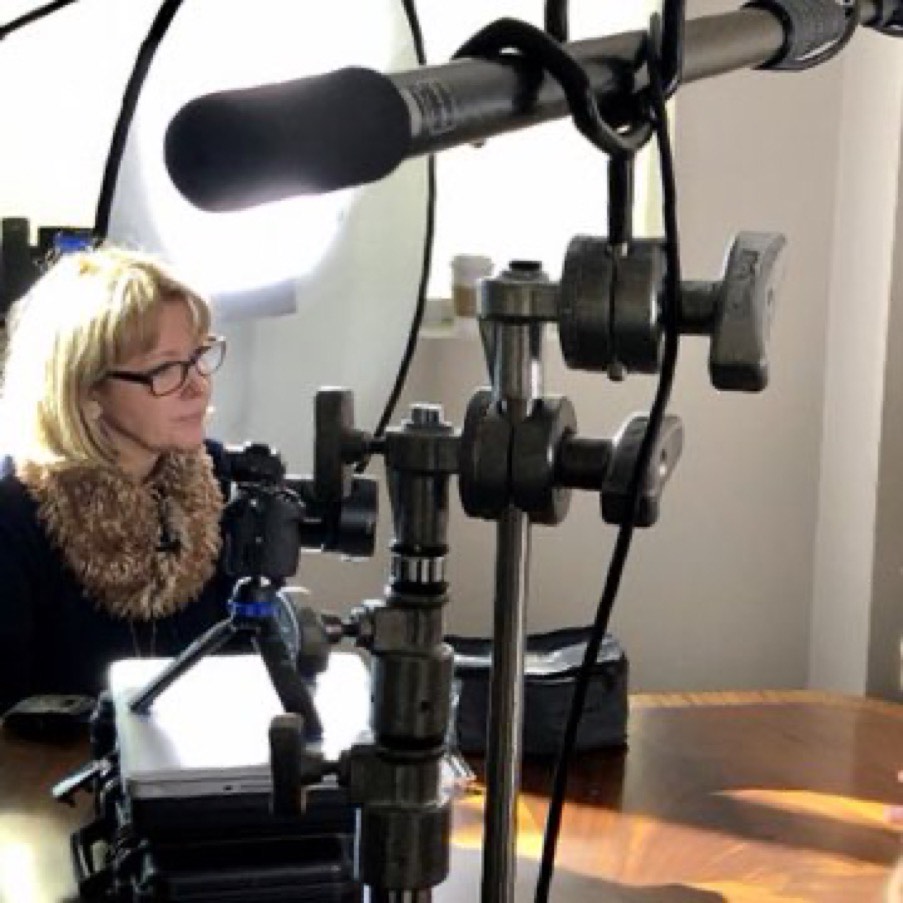 Has my career come easy?
No. It’s involved heartache and headaches and several harsh life lessons – but I don’t think I’ve ever looked for life to be easy. Just worthwhile. The entertainment industry is about as difficult an industry as one could choose but it’s also one of the most rewarding, creatively and financially.  It requires tenacity, boldness, courage, creativity and risk.

What sets me apart from others? I don’t know if anything does. I put the hours in. I work hard.  But in all fairness it doesn’t feel like work on most days as it’s a creative outlet that I crave. I laugh a lot!  I have a lot of friends outside of the industry as well as inside, which is important to keep you grounded and curious.  I’m endlessly curious! It might just be the key to a happy life to always be learning and asking.

What am I proud of?
Building a life in the US having come over from a small village in England. I’m proud of the orphanage we built in Ghana, of launching Over and Above Africa. Becoming a filmmaker was against the odds for me given where I was born and not having graduated from a conventional film school. Instead, I learned the practical side of filmmaking working with Tom Cruise and Nicole Kidman for three years where my first ‘on set’ experience was “Eyes Wide Shut” with Stanley Kubrick – it was a phenomenal learning curve.  The contract side of filmmaking, I learned being an assistant in Business Affairs at Paramount Pictures for 3 years prior, it wasn’t planned but looking back it feels somewhat fated.

What did I have to overcome?
Well, in film, being a woman in the film industry was challenging. It’s better now, but it was very much a boy’s club back then.  You learn to toughen up and not to take things so personally.

Lessons I’ve learned along the way?
If you say yes to everything that excites or frightens you, your life will be enrichened because of it.

Teamwork. Nobody does it alone, find your team.

Don’t be too proud to ask for help.

Find your work/life balance. It only gets harder if you don’t implement that early.

Travel as much as you can (after COVID!)

Mentor when time permits and constantly be learning new skills and hobbies!

Any places to eat or things to do that you can share with our readers? If they have a friend visiting town, what are some spots they could take them to?
Most fun and exciting all in one – I’d take them to visit my friends, Steve and Paula, who run the Apex Protection Project. It’s a wolf sanctuary in Acton, CA. You arrive early, learn about the wolves, spend time with them in their enclosures and then run through the hills with them off leash as the sun starts to set over the mountains. It’s an extraordinary experience that leaves you feeling exalted!

Well, pre COVID, we’d eat at lots of places because who doesn’t love the amazing dining in LA? Nobu in Malibu, Dukes on PCH in Malibu because I’ve yet to go and NOT see a dolphin or a whale swim up to be enjoyed by the excited diners! Magical. Driving to Santa Barbara for an overnight stay and visit some wineries. Lunch in Los Olivos, Santa Ynez area, maybe Solvang for a change of pace! There are so many wonderful beaches to try beach restaurants. Casa del Mar and Shutters are great for brunch or early drinks on the beach. I like Republique for its delicious food and lively ambiance.  Bike ride down the coast. From Santa Monica you can pretty much go all the way down the coast, making time to stop and enjoy the street performers in Venice.  Lunch at The Getty Museum is always a lovely day out, continuing into the Valley for delicious Italian food at Oliva Trattoria, if it’s still open. Course, COVID has thrown a bit of a spanner in the works for many places I’d have recommended.

The Shoutout series is all about recognizing that our success and where we are in life is at least somewhat thanks to the efforts, support, mentorship, love and encouragement of others. So is there someone that you want to dedicate your shoutout to?
Yes! I have had so much support. First and foremost, I was blessed early in life with having an amazing uncle, Uncle Terry, who believed in me wholly.  He never passed up an opportunity to tell me I could do anything I set my mind to, the world was my oyster! He’s passed on now, but he helped me to believe in myself.

Mark Eckhardt and the outstanding COMMON community that I proudly belong to.  They’ve been an unbelievable support system as an entrepreneur, and Mark is a friend for life.  It’s a remarkable group that has helped in both my philanthropy and film life.

I’m so grateful that Tom Cruise and Nicole Kidman employed me when I had no film experience to speak of.  My three years working and traveling with them was quite literally my film school.  Lastly, my mentor and Executive Producer, Keith Watson, who mentored me through the launch of Over and Above Africa and raised the financing for “Breaking Their Silence”, a film I’m so incredibly proud to have made.

I’m currently a year into filming a powerful story, Open Secret, in North Carolina because my friend Maggie believed in it so much that she not only brought it to me, but financed it!  There are countless others I wish I could thank and name them all here.  Their support and love encouraged me to follow my dreams and reach for the stars, I’m indebted to them all, as I mentioned earlier, nobody does it alone.

If I had to pick just one influential book out of the hundreds I’ve loved over the years; it would be “The Power of Now” by Eckhardt Tolle. I gift it to friends and I read or listen to it regularly, as there’s always a gem to keep me on track.

Image Credits
Philip Folsom (of the “head shot” me in a blue shirt looking straight at camera. All others are friends and OK to use!