We had the good fortune of connecting with Kimberly Seals Allers and we’ve shared our conversation below.

Hi Kimberly, can you walk us through the thought-process of starting your business?
I had a great career in journalism–I was a writer at Fortune magazine, I covered Wall Street at the New York Post and later at Rupert Murdoch’s newspaper in London, The Times, and I was senior editor at Essence. But like many women, when I became a mother everything shifted for me. When I was pregnant I became very interested in the socio-cultural landscape for pregnancy, childbirth and breastfeeding and especially what was going on with Black women and the racial disparities in pregnancy and breastfeeding outcomes, not to mention the maternal mortality and morbidity rates. So for me, I applied a journalistic framework to these issues and started asking questions and researching answers–that inquiry led to my first book, The Mocha Manual to a Fabulous Pregnancy, which was published by Harper Collins in 2005. That book (and later, the other three of my five books that are geared toward women or mothers) gave me the platform for writing more on the subject, speaking internationally on the issues and I left Essence magazine to pursue this work and to create digital products and services for Black mothers. I started with a parenting website, doing editorial consulting work and later started developing community-based, participatory-research projects in several U.S. cities (with funding from the W.K. Kellogg Foundation) creating on-the-ground, community-led solutions to birth and breastfeeding disparities …It was through eight years of these projects (for me participatory research is like reporting–I knocked on doors with a team and asked questions!) that I also began to hear the ongoing stories of Black mothers who died during childbirth, nearly died, or experienced a spectrum of disrespect, poor treatment and trauma. I knew that I had to something…I heard these stories in Detroit, Birmingham, AL, New Orleans, Philadelphia, Chicago, NYC —every place I worked, it was the same. As a journalist, my mind first thought of a story bank as a way to capture these experiences and share them publicly, but I thought back to my own birth experiences and decided to think even bigger. So I founded a media & technology non-profit called Narrative Nation, Inc and through it I created Irth, as in the word Birth but we dropped the B for bias. Irth is a review and rating app for Black and brown women and birthing people to find and leave reviews of Ob/GYNS, birthing hospitals and pediatricians. It is a social change tool to address racism and bias in maternal and infant care and to bring transparency and public accountability to the medical system. Irth has dual market uses and on the back end we turn qualitative experiences into quantitative to identify patterns and trends and work directly with hospitals and providers so they can improve their care of Black and brown people. 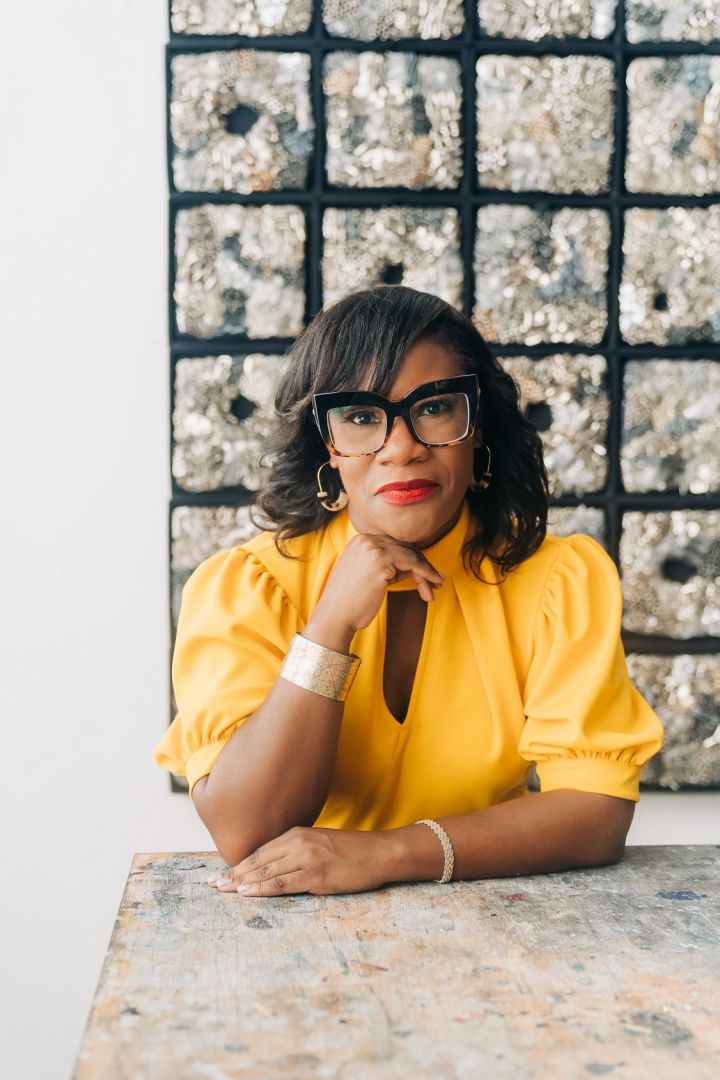 Let’s talk shop? Tell us more about your career, what can you share with our community?
I often say motherhood changed my life, now I work to change the motherhood experience for all. I was having a successful career in journalism–I was a writer at Fortune magazine, I worked at the New York Post covering Wall Street and I worked in London at The Times as part of an international exchange program, later I was a senior editor at Essence magazine–but a lot changed for me when I became pregnant. During my insane research process (a journalists’ curse) I became terrified by what I learned about the racial disparities in pregnancy outcomes, maternal deaths and near-deaths and breastfeeding rates. I was pregnant while completing my Masters degree at Columbia University and was blessed to be educated and to have a great income, and I was shocked to learn that education and class are not protective factors for Black women in birth and they are for white women. In fact, a college educated Black woman is statistically more likely to have poor birth outcomes or die during or after childbirth than a white woman who did not graduate high school. This scared the crap out of me and even worse the answers available at that time were unsatisfactory. In 2005, I wrote my first book, The Mocha Manual to a Fabulous Pregnancy (Harper Collins) as the first socio-cultural look at pregnancy and childbirth for Black women as a lifestyle oriented guidebook. That book led to other work speaking to the complexities and root causes of racial disparities in birth and breastfeeding and to spending eight years developing community-centered participatory research projects in six U.S. cities including Detroit, Philadelphia and New Orleans. My on the ground work only underscored the sheer volume of stories out there about Black women who were being treated differently due to racism and bias in care, and many who were dying. Now the CDC has documented that Black women are 243% more likely to die from pregnancy or childbirth related issues and many researchers have noted racism and bias in care as a root cause. Current efforts such as anti-bias trainings are a great start, but there is no accountability and it has become a tick the box exercise for far too many hospitals. I created Irth (as in the word birth, but we dropped the B for bias) as a Yelp-like review and rating app for Black and brown women and birthing people to find and leave reviews of Ob/GYNS, birthing hospitals and pediatricians. Since people are not being treated the same way even at the same place, Black and brown birthing people deserve to know how others like them rated a hospital or provider. Our goal is to bring transparency and accountability to the medical system, while leveraging consumer forces for industry change. On the back end, we turn qualitative experiences into quantitative data to work directly with hospitals and providers, identifying patterns, discovering blind spots and creating a community-centered feedback mechanism. Ultimately, I want to make Irth the “Good housekeeping seal” of approval such that every maternity and infant care doctor or hospital desires to or is required to be Irth approved.

Irth is a product of my non-profit technology company, Narrative Nation Inc. Being the only Black woman-led tech non profit in this space has been challenging on many levels. Also adding that I am not coming to this work as a tech insider but as a story teller, who wants to use digital platforms to shift narratives and ultimately shift systems.
Thankfully, despite many challenges we were able to raise over $600,000 in grant funds and are now actively fundraising for our next cycle.

I want the world to know that bias-free care is a human right and Black women deserve to birth without bias and without fear that racism in maternity care will cost them their life while they are bringing life into the world.

If you had a friend visiting you, what are some of the local spots you’d want to take them around to?
I do not live in LA. 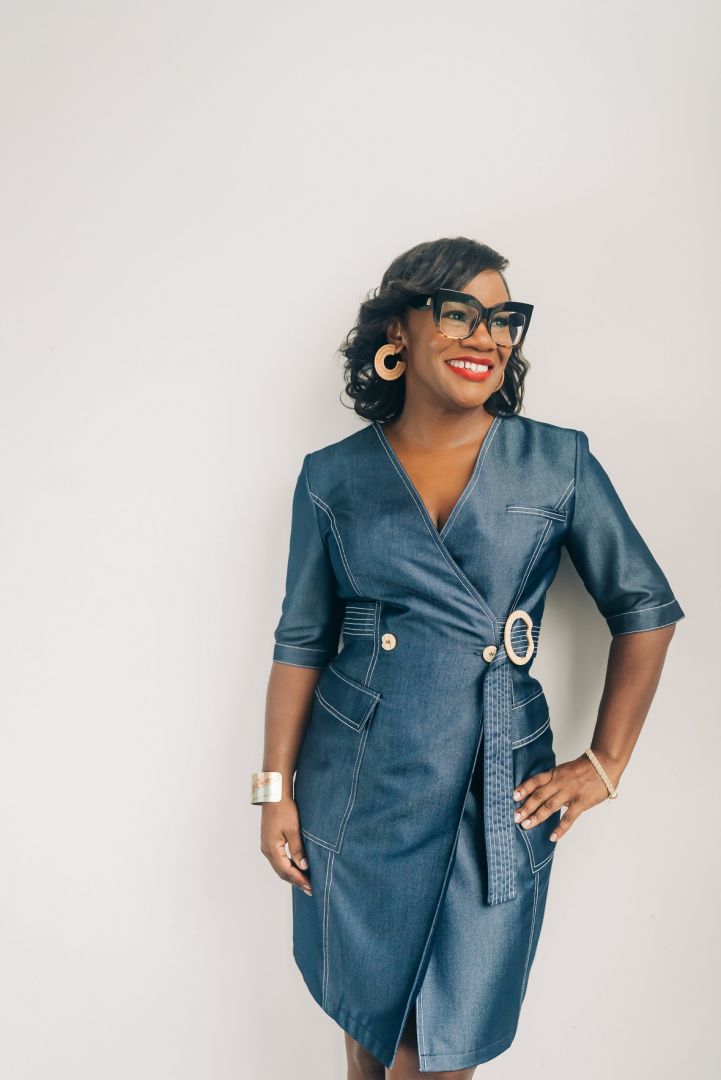 Who else deserves some credit and recognition?
There are so many shout outs required for my story but I will start with my father, who at an early age, told me I could be anything I wanted to be and believed in all of my dreams–even the crazy ones. More recently, my biggest shout out goes to my children, Kayla and Michael, who have been my greatest teachers and inspire me to make the world a better place for them, their children and their children’s children.