We had the good fortune of connecting with Koi Anunta and we’ve shared our conversation below.

Hi Koi, we’d love for you to start things off by telling us something about your industry that we and others not in the industry might be unaware of?
I think most non-musicians probably envision “what musicians do” to be an alcohol-laden, drug-driven free-for-all where a bunch of half-awake, slovenly guys get together in a garage and wail incoherently on their instruments until the police come to stop the cacophony. And in the case of many “hobby musicians,” that certainly may be. At the highest levels of the music industry, however, performing music is just as much of a “real job” as any other. Admittedly, there aren’t that many other industries where an activity that many people find “fun” and “creative” ends up being something you can also actually earn a living with, and that’s where I think the disconnect lies. If most people spend their lives doing jobs that aren’t very enjoyable, the idea that you can actually get paid to do something you genuinely love must seem like a fantasy–like being on a pro sports team, or a video game designer. And indeed, being able to play music professionally is a dream come true for me—but that doesn’t change the fact that it is still work, and usually quite a lot of work, at that. For the majority of people, music and sports and playing video games are just fun hobbies that you do in your youth, only to grow up to get a so-called “real job.” The number of people who end up pursuing music professionally is certainly very small compared to the number of kids who take music lessons in their childhood, so it’s understandable that many non-musicians do not consider music to be a “real” job. I still occasionally get requests from “clients” who want me to play their events, but then are confused when I actually require a contract and/or deposit to book the event date, because they cannot understand why I won’t just show up and play for free, “because I love music.” Thankfully, those types of encounters are pretty rare nowadays at my current level, but yes, music is indeed a “real” career, just like being a stockbroker or a surgeon. Beyond the bare minimum requirements of natural talent and advanced musical training, professionalism is an absolute requirement—especially at the highest levels of the industry. That means showing up to the gig early, eager, prepared, with a great attitude, and with all of your instruments and gear in good repair and working condition, dressed appropriately for the genre of music, and substance abuse is not tolerated–just like any other job. We have to memorize, on average, 8-20 pieces of music per gig, and play each song perfectly, often totally by ear (with no sheet music or charts available) and with not much advance notice. The skills required to do all that basically represent a lifetime of musical education and practice. There are often very long hours, difficult circumstances and interpersonal issues to navigate, just like any other workplace–but indeed, our “offices” can sometimes include different arenas around the world. The job is sometimes glamorous and exciting, but more often exhausting, and sometimes freezing cold or burning hot, since we often have to play outdoors in all kinds of weather, but you still have to play perfectly despite not being able to feel your fingers, and to do it all with a smile on your face. If you need a regular 8-hr/day schedule, this is definitely not the career for you, as there are sometimes early mornings, very often super-late nights, and occasionally even unexpected, last-minute international travel arrangements! But at least for me, indeed, the love of playing and the love of music outshine all of the frustrations by a long shot 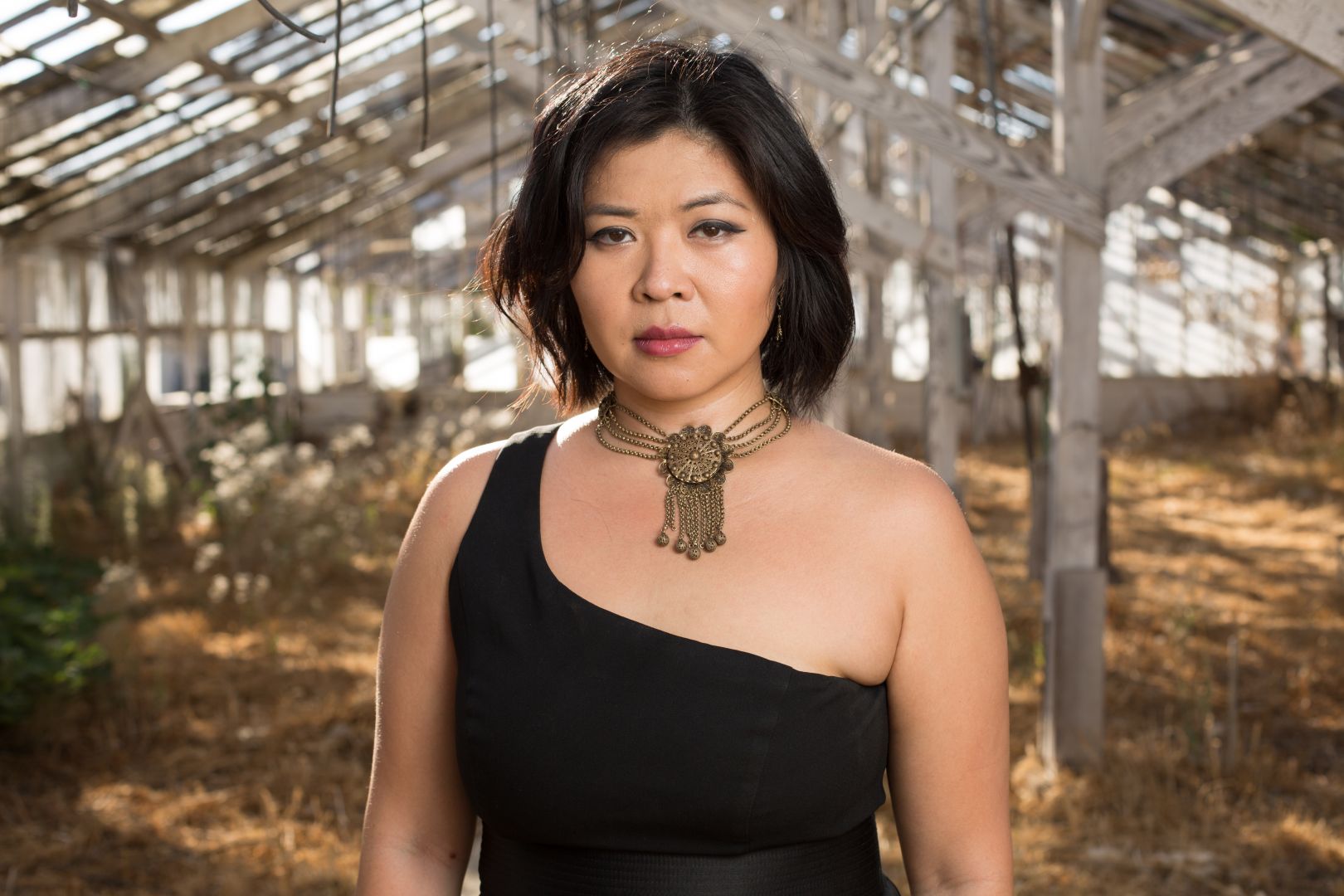 Can you open up a bit about your work and career? We’re big fans and we’d love for our community to learn more about your work.
After graduating from Yale with a B.A. in English and an M.D. from the University at Buffalo, I gave up being a medical doctor in order to pursue music full-time, primarily as a violinist but also as a pianist and singer, in 2016. I had been playing piano since I was 4 and violin since I was 8, but had never seriously considered music as a viable career. My entire family on both sides is full of doctors and professional people (bankers, pharmacists), so expectations were high for me to follow in everyone’s footsteps. I think it’s really difficult to make the conscious decision to deviate from a so-called standard career path in general, especially when you have your own doubts as to your ability to succeed in such a difficult field where there are no guarantees, like music, and risk disappointing your parents and family. Music is certainly humbling, and it asks you to redefine what you consider to be “success” from the ground up. You learn to content yourself with small personal victories, incremental signs of progress, and to take each day as it comes and make the best of it, because all of it is entirely unpredictable. There is certainly no linear career path here. One day you may be teaching a 4-year-old to play violin for the first time, and the next day you may be playing on James Corden. Being in the right place at the right time helps tremendously, but the rest of the time, you just have to be the best you can be. In mid-2018, I released original music for the first time in my entire life, which I had never done before as I thought it wasn’t good enough, and up until this past November, there were only 600 followers on the band instagram account. As a result of the release of the newest single in November, I’ve received airplay on iHeart Radio as well as some internet radio stations, and there are now over 2000 followers, with more following each and every day. To some, this growth may seem insignificant, but to me, it means everything that 2000 strangers I have never met and have never previously heard of me actually like my music enough to follow my account for more releases. It’s the biggest compliment and measure of my musical self-worth that I’ve ever had, and I am so grateful to each and every single person who chose to follow me @inloveandwarband. 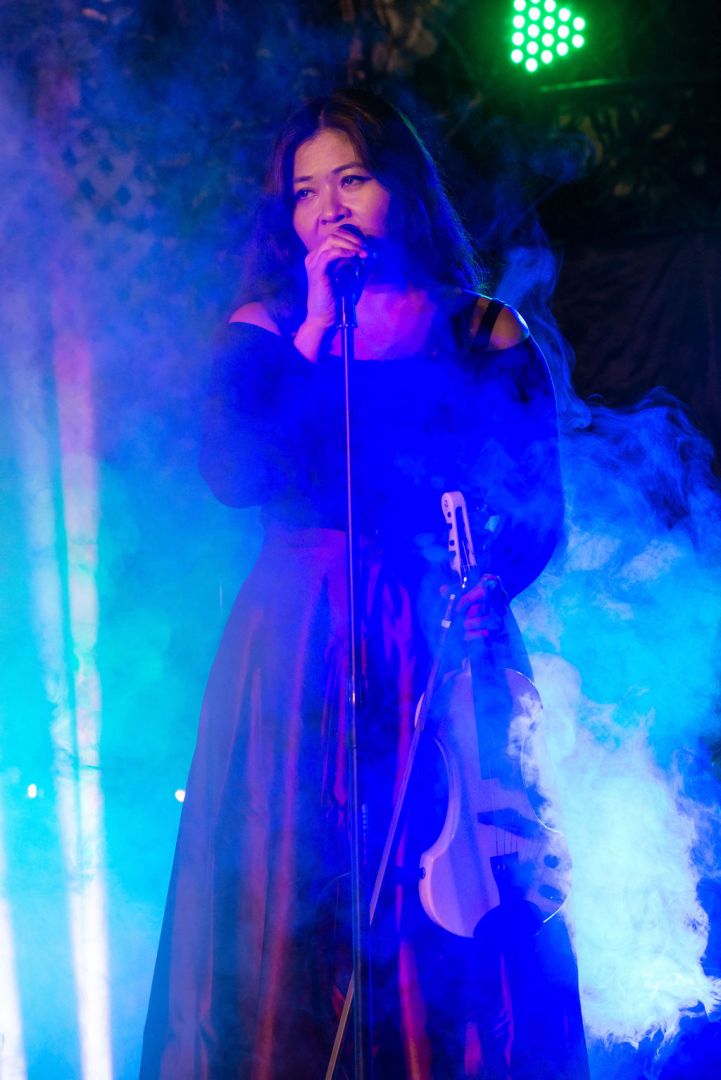 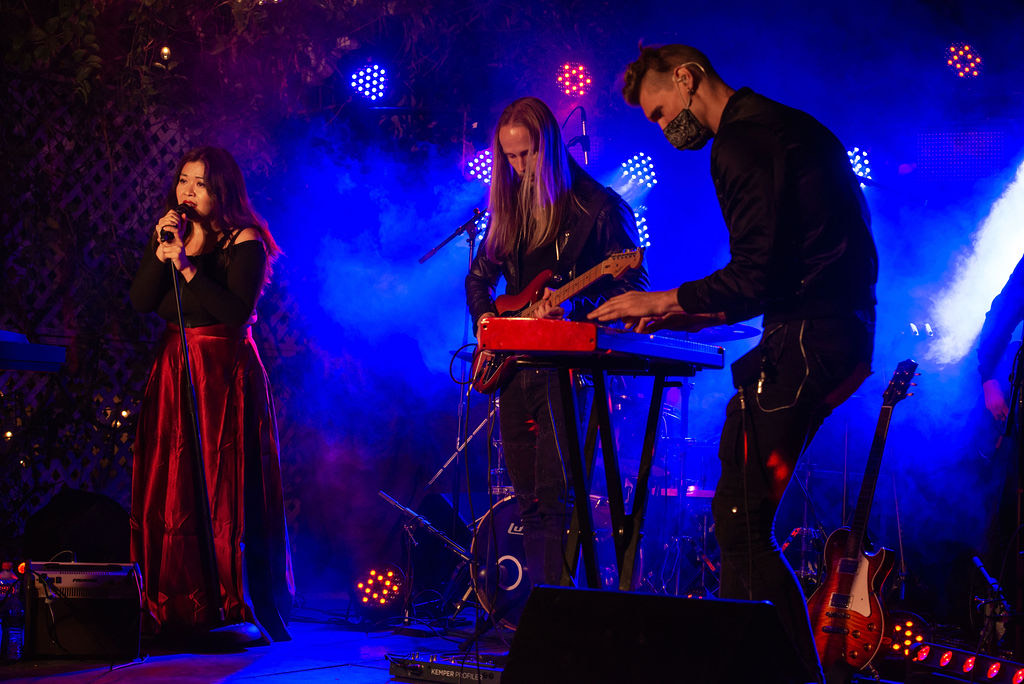 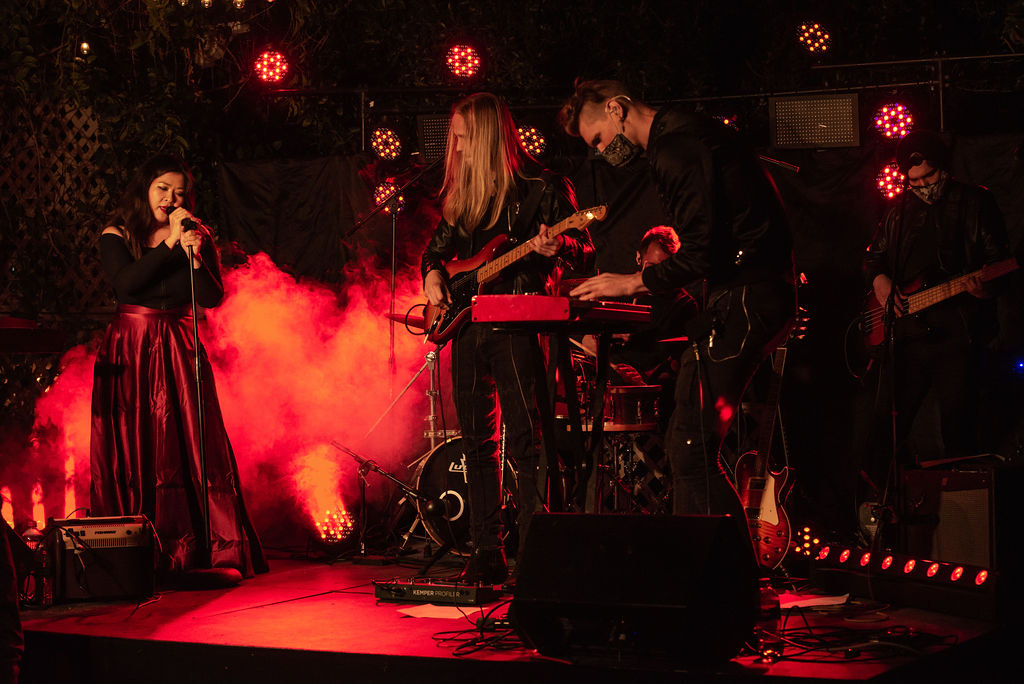 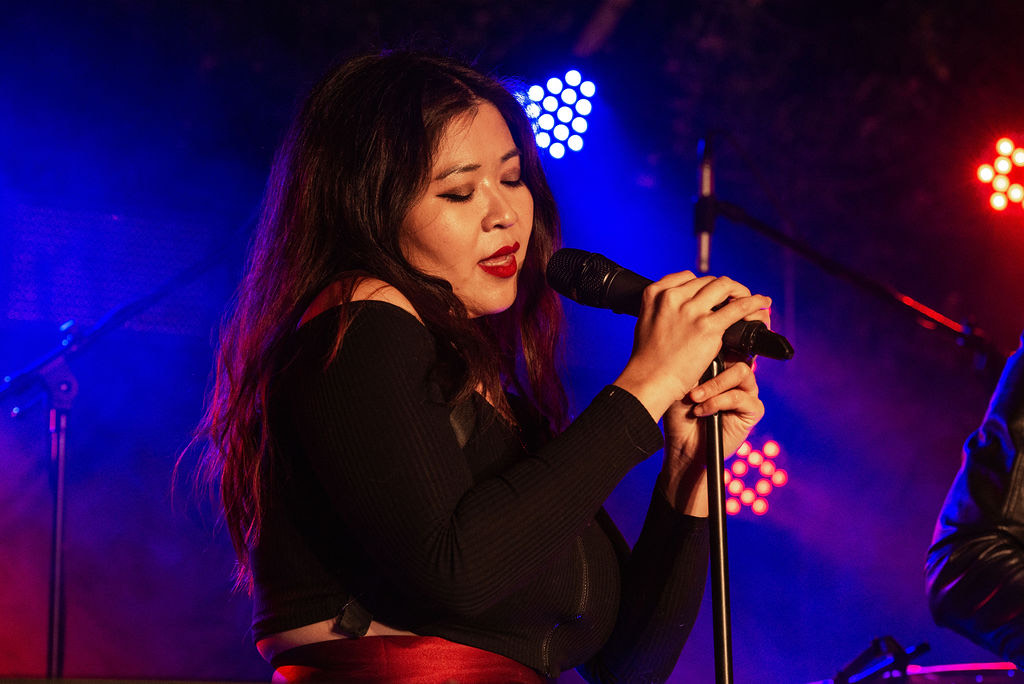 If you had a friend visiting you, what are some of the local spots you’d want to take them around to?
Well, Hollywood has become a bit of a ghost town since the pandemic hit with everything still shut down, so I don’t know about eating and drinking lol, but I’d drive them up at night to Mullholland Drive in the Hollywood Hills, where you can have a totally unobstructed view of all of Los Angeles. When you stand on that mountain and look down at the vast sea of twinkling lights stretching in all directions to the horizon, it truly looks like the City of Angels. The rest of the world drops away and you just stand there, transfixed at the beauty of it all. 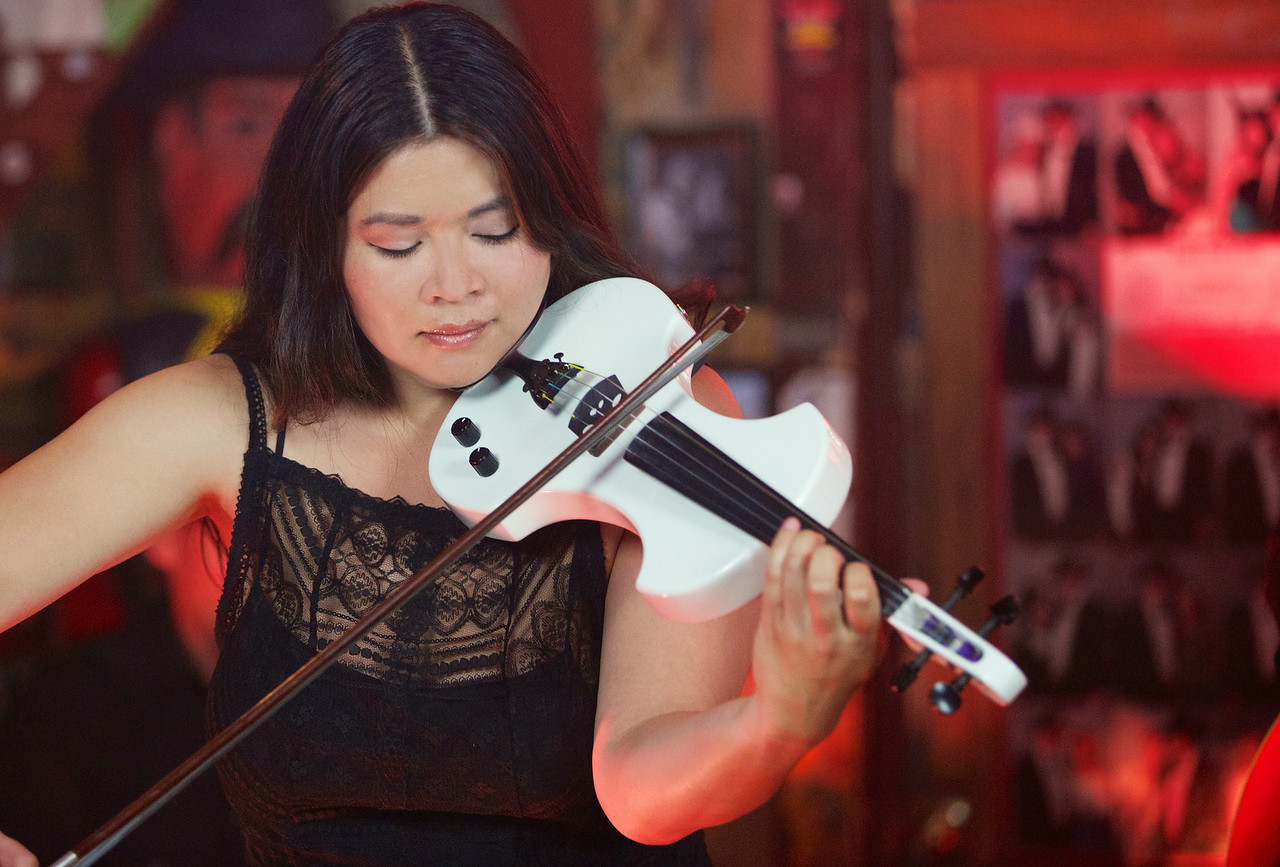 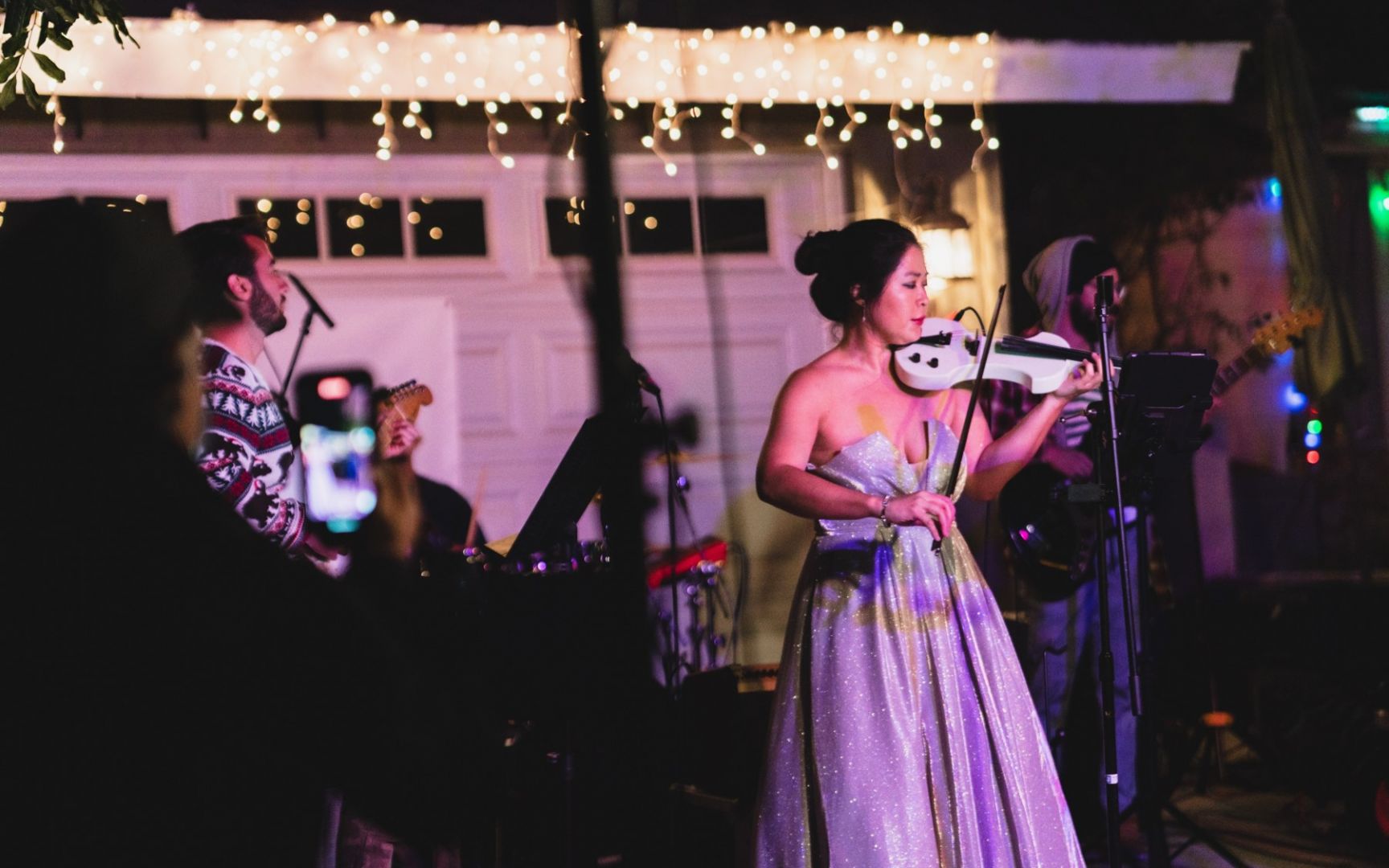 Shoutout is all about shouting out others who you feel deserve additional recognition and exposure. Who would you like to shoutout?
I want to give my shoutout to Glenn Holdaway, a Grammy-nominated trumpeter and musical director/producer who has been an incredible inspiration to me and to so many others over the past year. The pandemic brought our entire industry to a complete, abrupt halt, but Glenn found a way to keep music–and hope–going by creating a block party concert series where musicians could still play safely outdoors in public and still get paid. His series, “Thursdays on the Block,” in Los Alamitos, was so beloved by the neighborhood residents that it was even featured in the city newspaper. It ran continuously every week from April 2020 to January 2021–no small feat in the current environment. Many musicians who had not played in all of 2020 due to the pandemic got their first chance to play again at Glenn’s event. 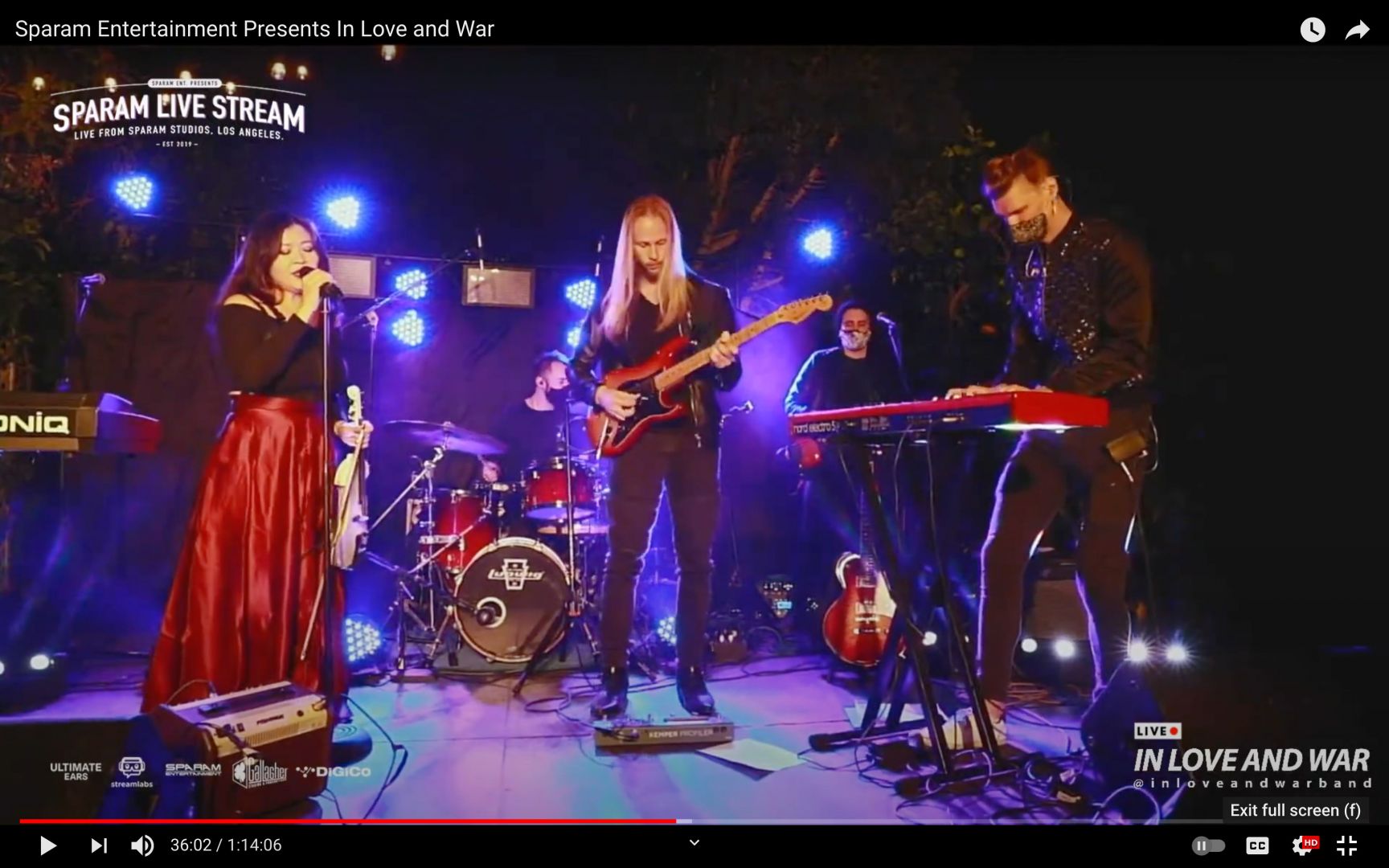