We had the good fortune of connecting with Krystina Bailey Brawer and we’ve shared our conversation below.

Hi Krystina, what is the most important factor behind your success?
The most important factor behind my success and the success of my brand is determination. According to it’s Wikipedia definition, determination is “the firmness of purpose or the process of establishing something exactly by calculation,” and this is precisely how I built my brand. Eliminating doubt from the equation allows for success. And that is the type of mindset that is necessary when constructing an establishment from the ground up. Also, having a goal to reach will help with the execution of things. It’s sort of like “backwards planning,” which is a skill I learned when I was getting my BA in education. You create a goal, and then you create a plan to get you to that goal! 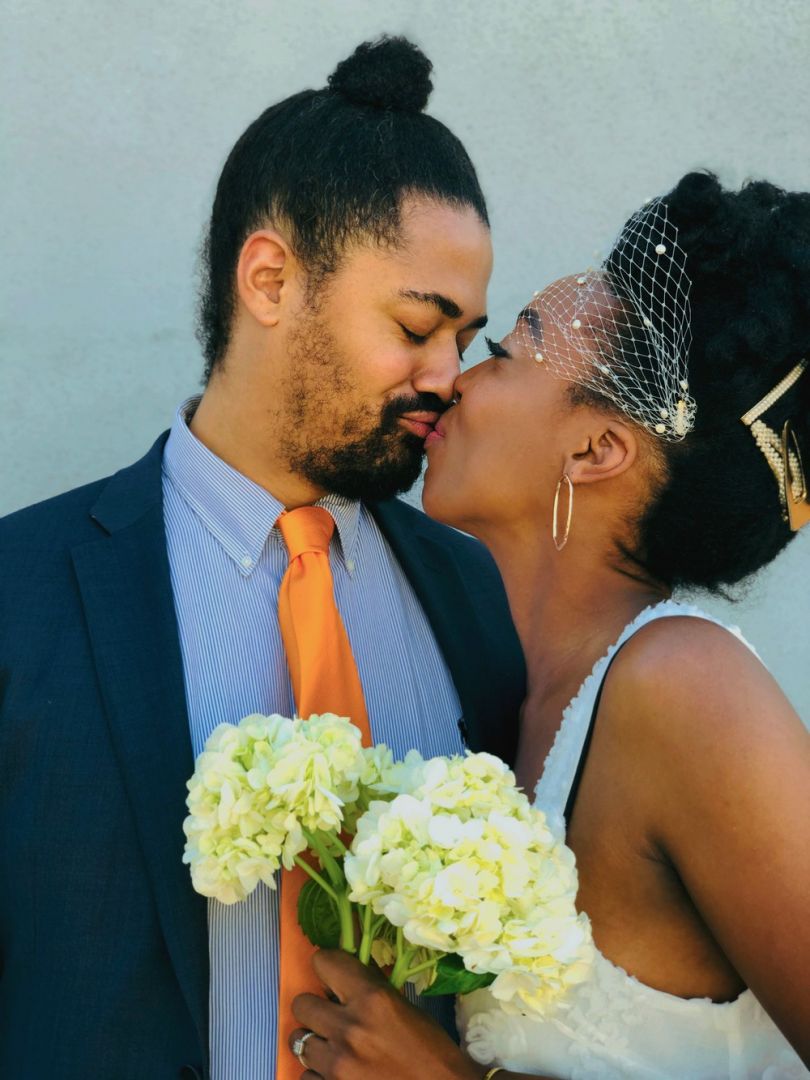 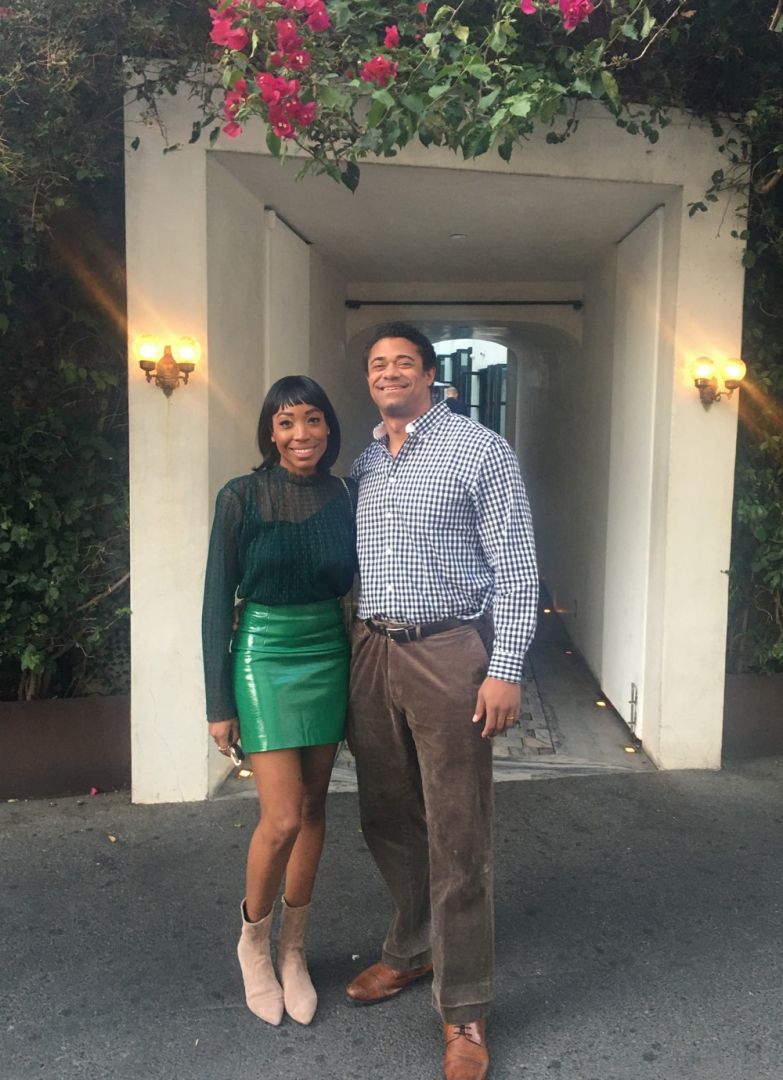 Let’s talk shop? Tell us more about your career, what can you share with our community?
I am an actress, author, playwright, director and producer. It’s funny because when I moved to LA, I thought I was coming with only one title, which was acting. But, through the years, I have come to add more titles to my list of skills. I found that waiting around on an acting career solely, just wasn’t feeding me creatively. I think a lot of that is due to how much is out of your control when it comes to being cast in a role. And that’s why I decided to write my first book, “Actors! What You Need to Know Before Moving to LA,” which hit number one on Amazon in it’s first week in the newly released performing arts category. I wanted to share with actors what you can control, such as training, knowing how to have a side job while pursuing your career, what to do in the mean and in between time, and so much more! I wanted to provide this knowledge to actors so that when opportunities arrive, they are prepared!

I soon learned that there wasn’t a blueprint for being an actor. And that’s because everyone’s journey is different. No two actors have the same exact story to their success. So I decided to write down my journey as a reference to some of the things I did, and didn’t do, to get to where I have gotten in my career. My book is a great read! There are definitely a lot of stories in there; the wins and the woes!

I also designed the book to feel like a map. With my cover-art artist, actress Doree Seay, we agreed that the cover should be a map of California with a pin drop on LA. The font is the same font that screenwriters use for scripts and the text is highlighted, just how actors highlight their lines. It’s a 5×8 book that is small enough to fit in your back pocket so that whenever you don’t know what to do you can reference it. There is also a kindle version to which you can read from your electronic device and an audio book, narrated by yours truly, so you can listen to the book on the go!

I say this in my book, “It’s not easy being an actor; to be an actor is to be brave.” I want the world to know that if this is the career path you’ve decided to journey then get ready for the ride! Keep your eyes on the goal and never give up!

You can catch me on “The L Word Generation: Q,” “Weird City,” “Blues Bloods” and “Ancestry” as some of my most recent TV Credits! 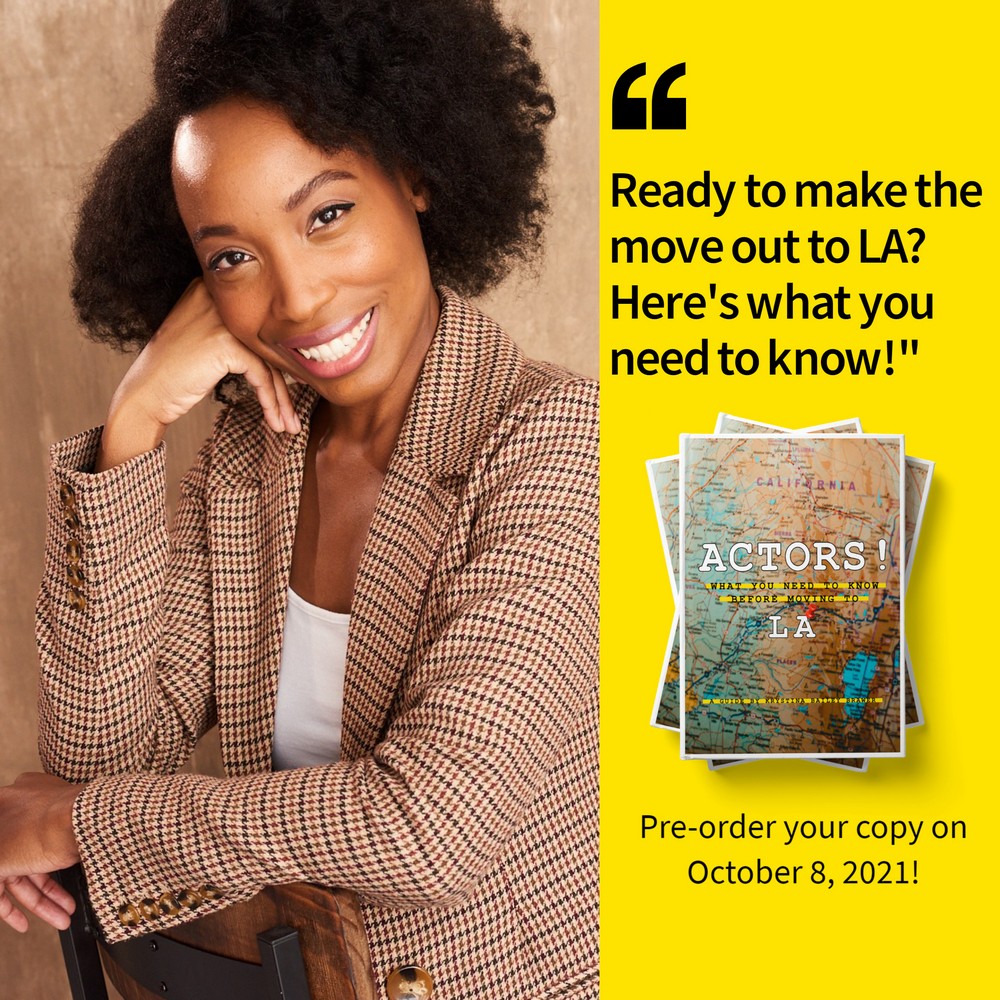 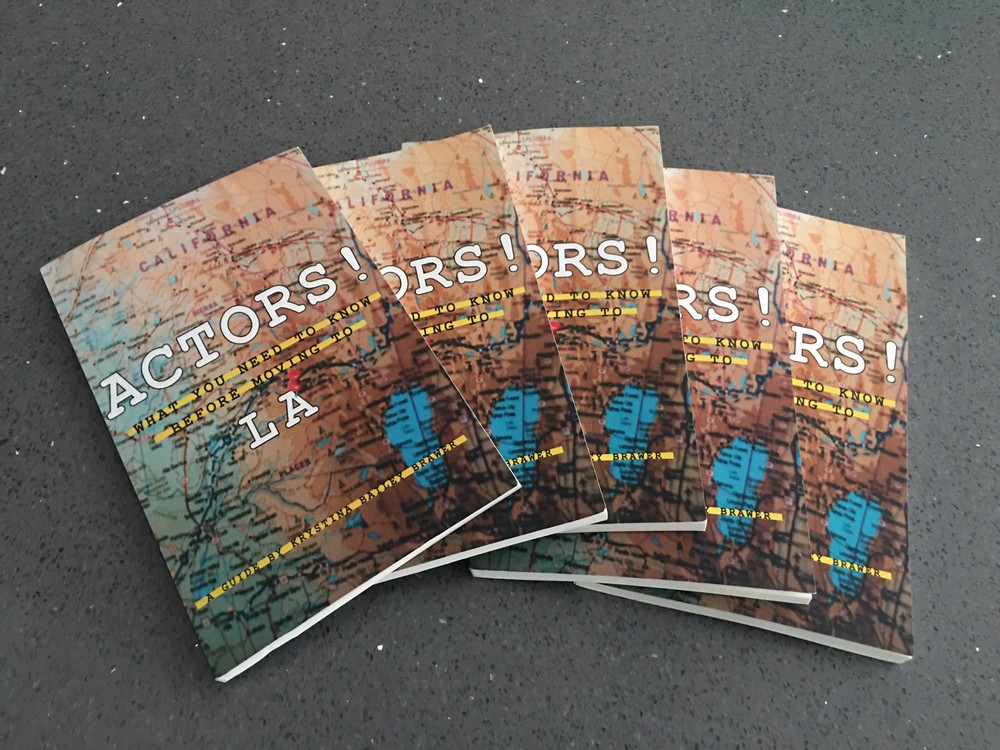 If you had a friend visiting you, what are some of the local spots you’d want to take them around to?
This is such a coincidence because my best friend from NY is coming to LA next weekend for the first time ever! And guess what? I already have this weekend’s agenda planned!

She arrives Friday afternoon! First, I will of course pick her up from the ever busy LAX airport and the first stop, since we’ll already be in Inglewood, is In-N -Out Burger for a quick bite!

Then we’ll head to my place to get settled and in the evening I am taking her to my favorite Latin American Restaurant in DTLA called DAMA (I had my wedding dinner there). We’ll order their Moscow mules with Tito’s and of course enjoy the red snapper, pork (that falls right off the bone) and ceviche!

Then for a night cap I will take her to Hollywood to salsa the night away at the modern speakeasy known as La Descarga.

Saturday morning we will wake up and head up to Malibu Lumberyards for wine tasting at “Strange Wine”.

And in the evening we’ll head back down to Hollywood for classy signature cocktails at GiGi’s.

Sunday we’ll have brunch at Laurel Hardware and then I’ll take her to Hollywood and Vine for her to see all of the famous star names on the side walk and witness the iconic TCL theater!

Finally on Monday morning we’ll go for a hike at Runyon Canyon before having lunch at Ysabel in West Hollywood and then I will drop her back off at LAX to head back east! 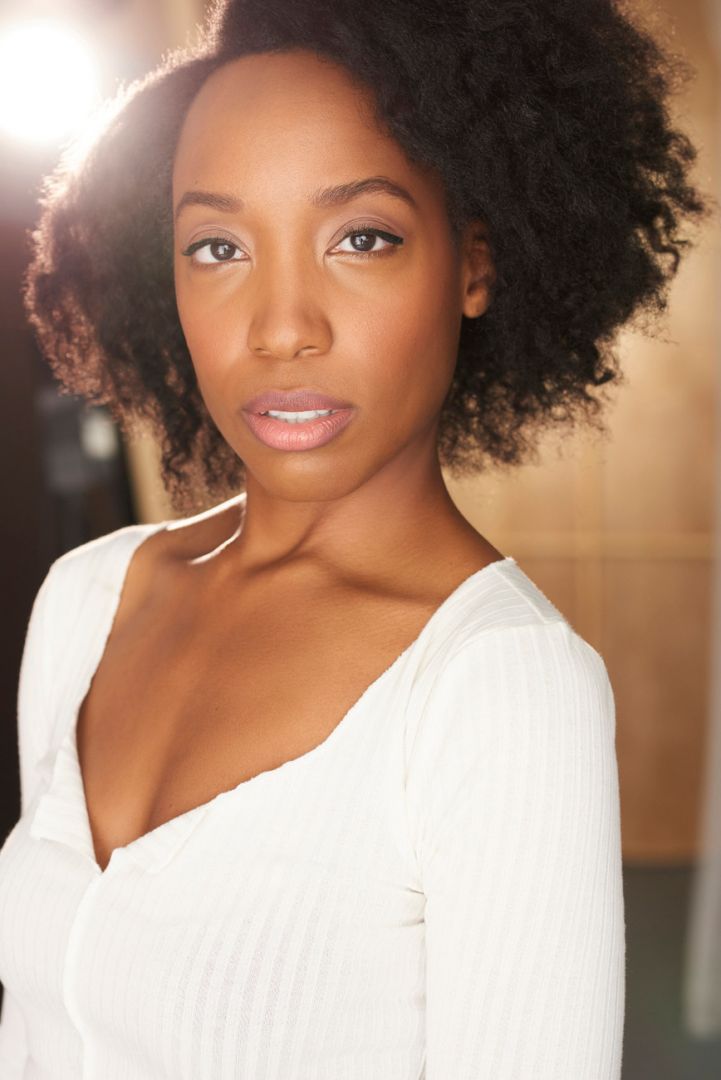 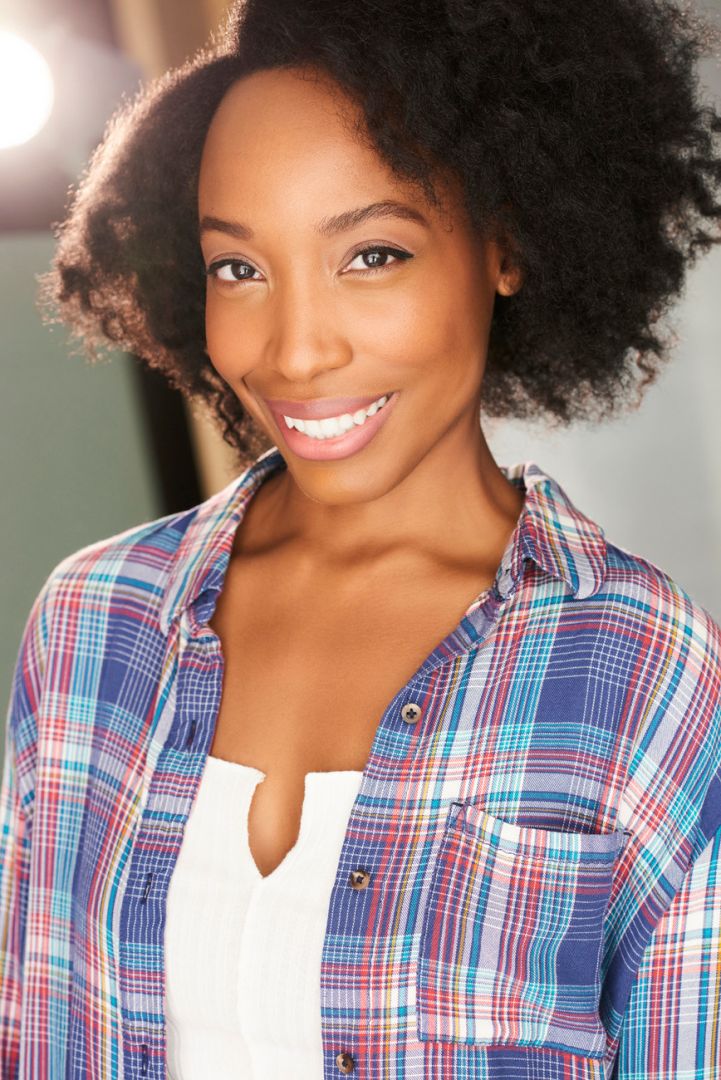 I’d like to dedicate my shoutout to my loving, encouraging and supportive husband Maxx Brawer. Maxx and I met several years ago in NY and then serendipitously reunited in LA (we both moved to LA at the same time and were living on the same street). What are the chances, right? Anyhow, every time we linked up there was an undeniable chemistry between us and I think we both knew we were each other’s partner. And when I say partner, I don’t just mean lovers, I mean we both felt a calling to help one another.

Now, eight years later, we just had our first wedding anniversary and guess what? We’re still helping each other, supporting one another and watching each other grow.

Maxx is also an actor, writer, producer and director. He accomplished so much so early in his career. He was in two Off-Broadway plays, had a guest star role on the TBS spin-off, “Are We There Yet”, and even had a supporting role in the feature film, “Twelve,” alongside 50 Cent aka Curtis Jackson.

We definitely inspire and motivate each other. I am very lucky to have found my life partner and I wouldn’t have had it any other way. 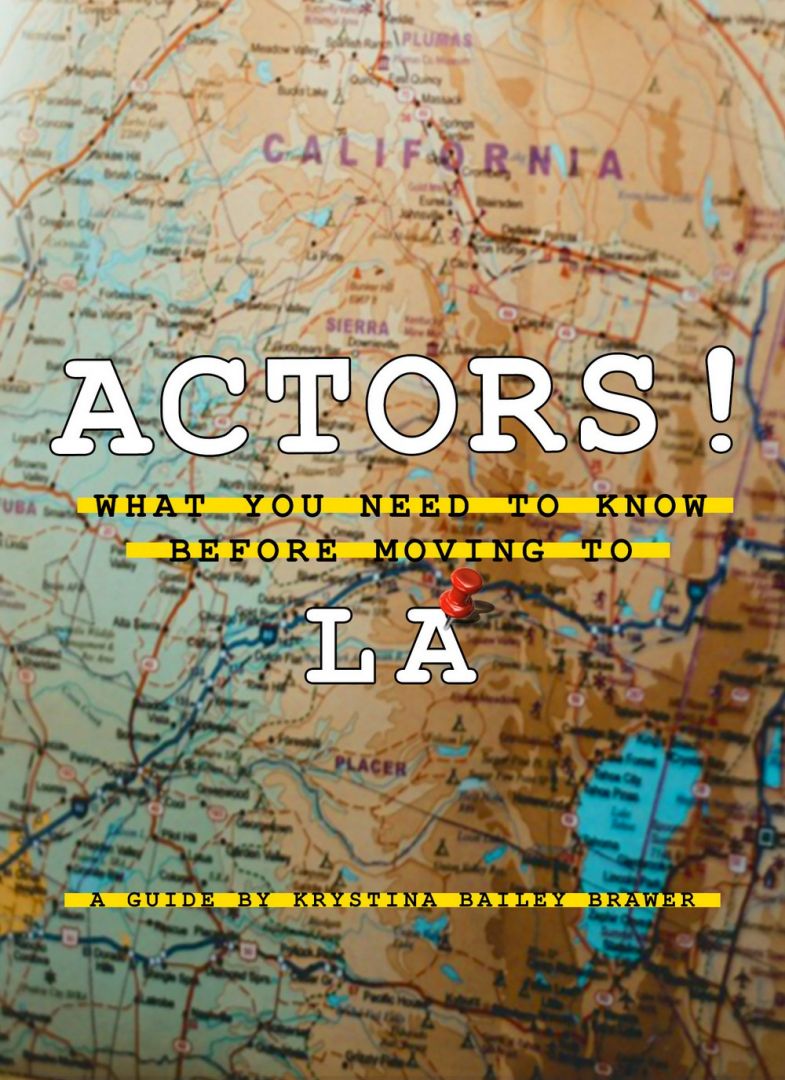