We had the good fortune of connecting with Levan Geliashvili and we’ve shared our conversation below.

Hi Levan, how has your background shaped the person you are today?
My name is Levan, I live in Georgia, capital city Tbilisi. It’s a small country in Eastern Europe, probably with one of the most chaotic, diverse and eclectic culture and architecture. The cultural mix of American, European and West Asian origins, with the addition of post-Soviet heritage, is finally embedded in one substance, that is sometimes very cool, but tiring at the same time. Probably, you see what a human I am like. I was born in Soviet Union, at a time when, simply said, everything was forbidden and nothing unallowed, at the same time. Everyone should have been cut on one pattern, as in Procrustean Bed. Fortunately, it all ended very soon. I was in my happy 7 years, when Soviet Union collapsed, and Georgians freed from almost 70 years of hostage, we regained our independence, country, identity, but got in extreme poverty. In those times, the real celebration started, when electricity was back in the flats, then I was handing out my father’s gifted vinyls and listening mainly to rock’n’roll, as well as to the local band’s “Prize” album “Night City”. My another hobby was setting up a TV antenna. My family did not have enough money to pay for cable services, so I had to “fabricate” a bit and catch a channel that showed interesting movies and animations, the culture of comics took me right at the time. Then was SCI FI and finally CYBER PANK the culture, that swallowed me. So, I was starving – culture, education, fun! Food as well ..
Being 19, I picked up my stuff and moved to a small seaside town, Batumi. There I started searching for myself, all alone. The pressure of being a stranger and an unacceptable person was strong, so I used to think many times, should I do the job in a way the majority demanded, should I organize concerts where the tourists from the Northern neighborhood will clap their hands, as well, as locals won’t have less fun. I was told many times, Levan, if you change “this and that”, you can become one of us – the spirit of Soviet Union remained in many people. But I did everything “backwards”, in an unusual way for the mainstream.
Finally, in 2012, I opened an underground bar called EREDELI’s Bar, it was time for real changes. Music, exhibitions, madness, a free environment for the LGBTQ+ community, a world of irrepressible and rebellious young people – all united in one space. This was where the journey began. 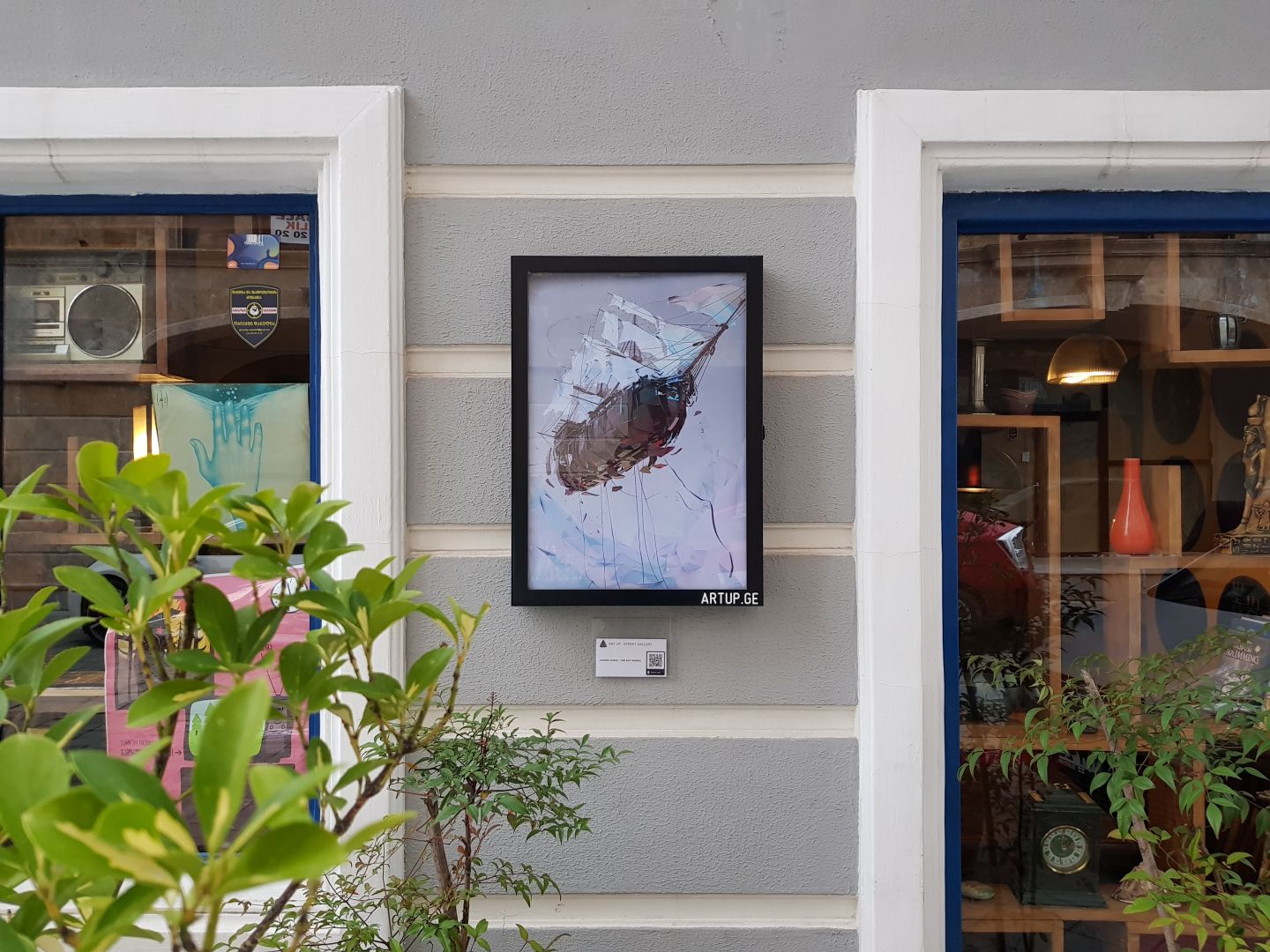 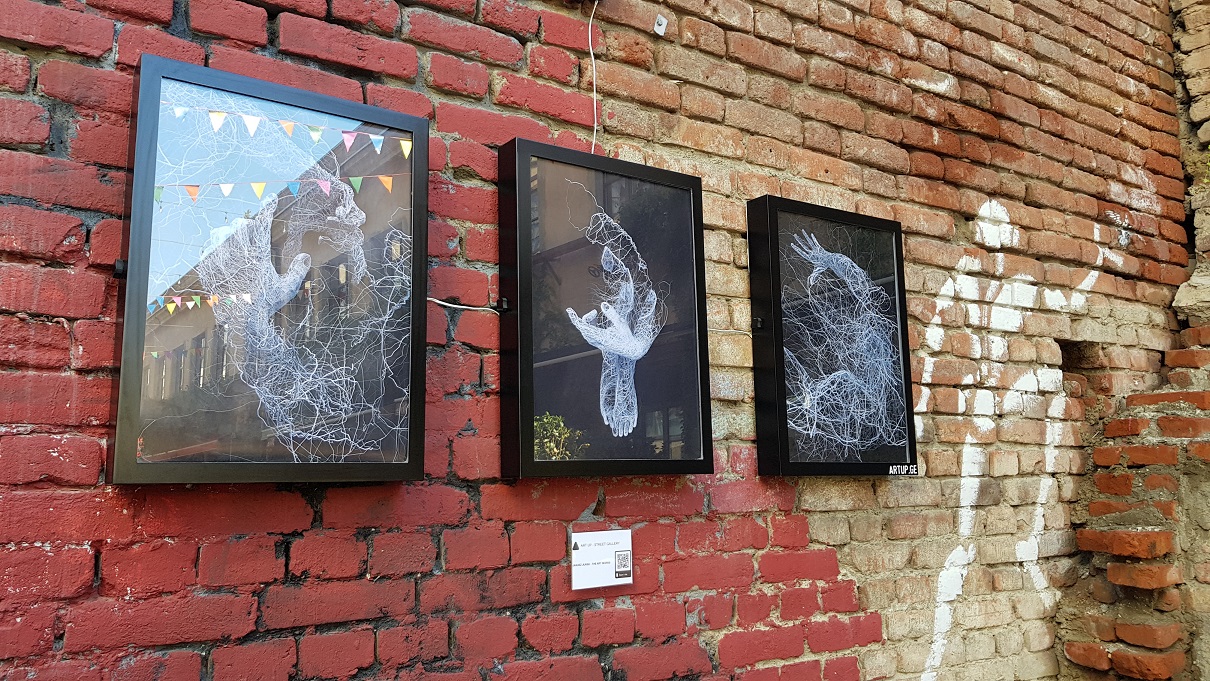 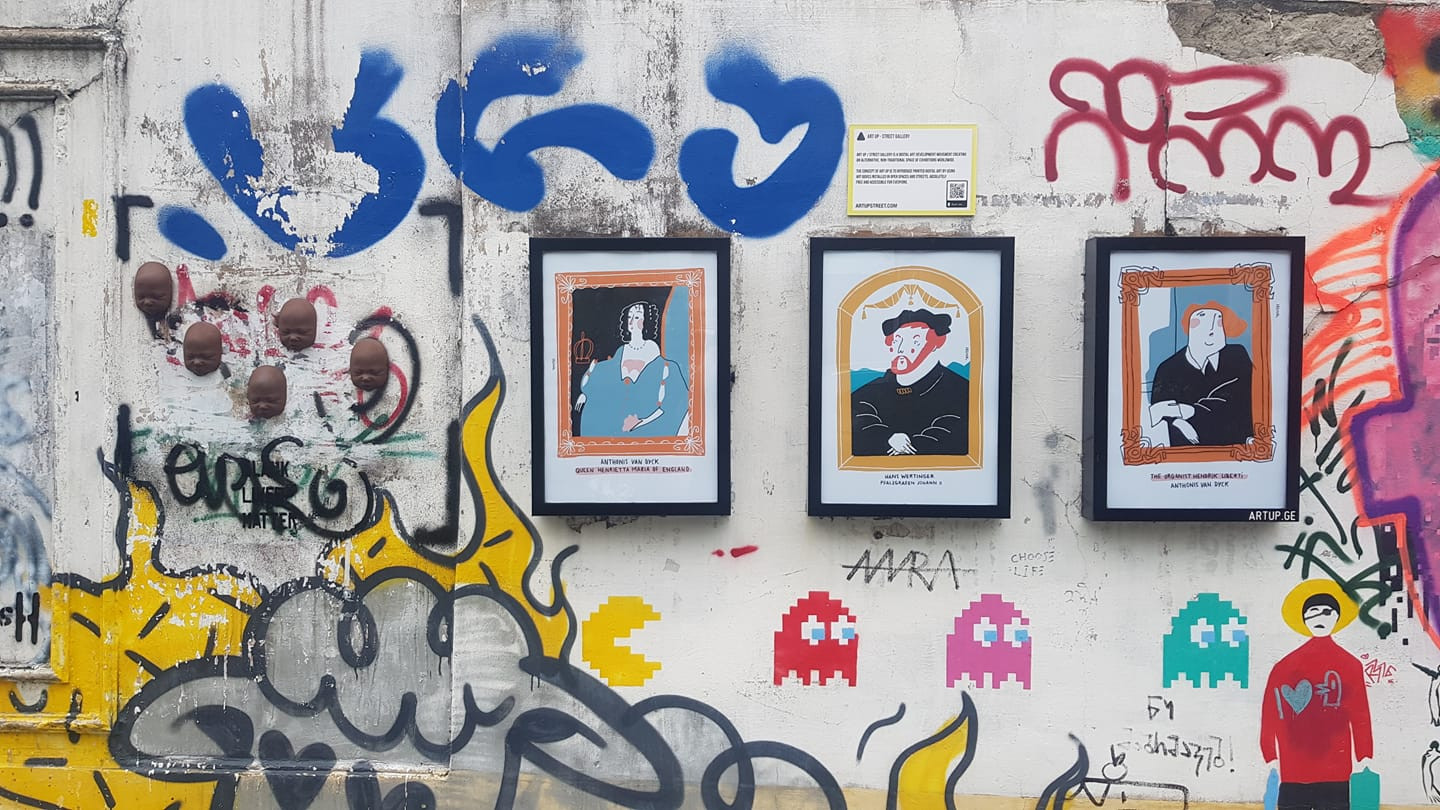 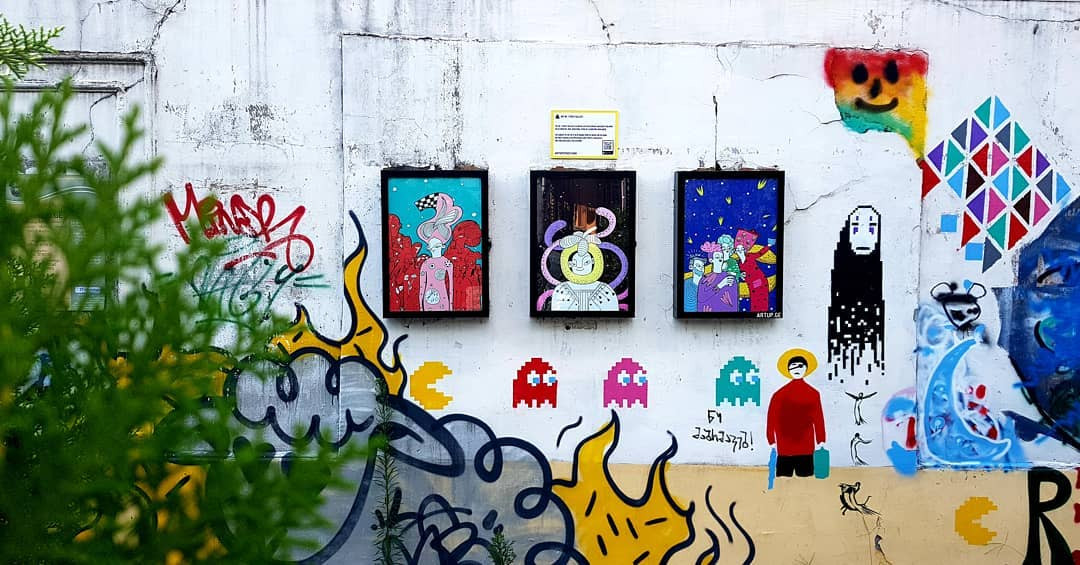 Alright, so for those in our community who might not be familiar with your business, can you tell us more?
From my point of view, the concept of a gallery in the form it exists today is obsolete in most cases. It rarely offers something experimental where multimedia is used, like sound, graphics or physical objects. Obviously not everyone has an opportunity to possess art fairs. Along with this, young artists are rarely exhibited in these spaces, which means that artists still exist in the old forms of expression. That is why I decided to put a gallery in the street and create a space for digital artists’ self-expression.
In 2016, we installed exhibition boxes on the walls of Batumi streets and created a digital gallery called Art Up – Street Gallery. We announced a call for digital works. Many artists could hardly believe that it all was for free, they only had to fill in a registration form and submit works.
The first reaction of the audience was strange, too. Imagine that you hurry to work in the morning with grabbed coffee and suddenly see an exhibition on the wall, and soon it changes and you find out a new piece of art or new artist. In 2017, we expanded by arranging an exhibition space in the courtyard wall of Fabrika in Tbilisi. And in 2019, we mastered the walls of Telliskivi in Estonia. In 2020, we took a risk in a very middle of the pandemic and started selling online digital works of artists from our Gallery. A few days ago, we launched a new project, Web Ar – digital works, animated through a mobile camera.
Now I tell everything as if it was going smoothly since 2016, but in fact we went through a lot of challenges, including financial. From lessons learned, I would point that you have to deal with people who understand what and why they serve. This applies to the employee, artist, sponsor and all above.

Let’s say your best friend was visiting the area and you wanted to show them the best time ever. Where would you take them? Give us a little itinerary – say it was a week long trip, where would you eat, drink, visit, hang out, etc.
There are two must visit cities – Tbilisi and Mestia. Tbilisi, as for the most colorful, it is a rainbow. From posh and luxury places to “Dezertiri Bazaar and near markets”, where you will find non-authentic clothes of famous brands like BALENSSIAGA instead of BALENCIAGA, GUCCY instead of GUCCI, ADIDAS YEESY etc. Here is the largest and most extraordinary choice of street food. Underground bars, community spaces. Wandering in Tbilisi at night is completely safe. You can discover beautiful old architecture, and in 2 minutes you can feel yourself a hostage of concrete buildings. I guess, in a 1 week you’ll get such a huge dose of colors and pleasure that you would want to escape from it for a while. That is why you have to go to Mestia, Svaneti. There is such nature and architecture, you will find nowhere in the world. Towers of XIV-XVII centuries, ancient, stone houses, beautiful mountains, glaciers, rivers, and most importantly everything is absolutely natural. Here I warn you that Mestia will make you dependent. No matter where you go, you will be burning with a desire to return there and experience everything again. 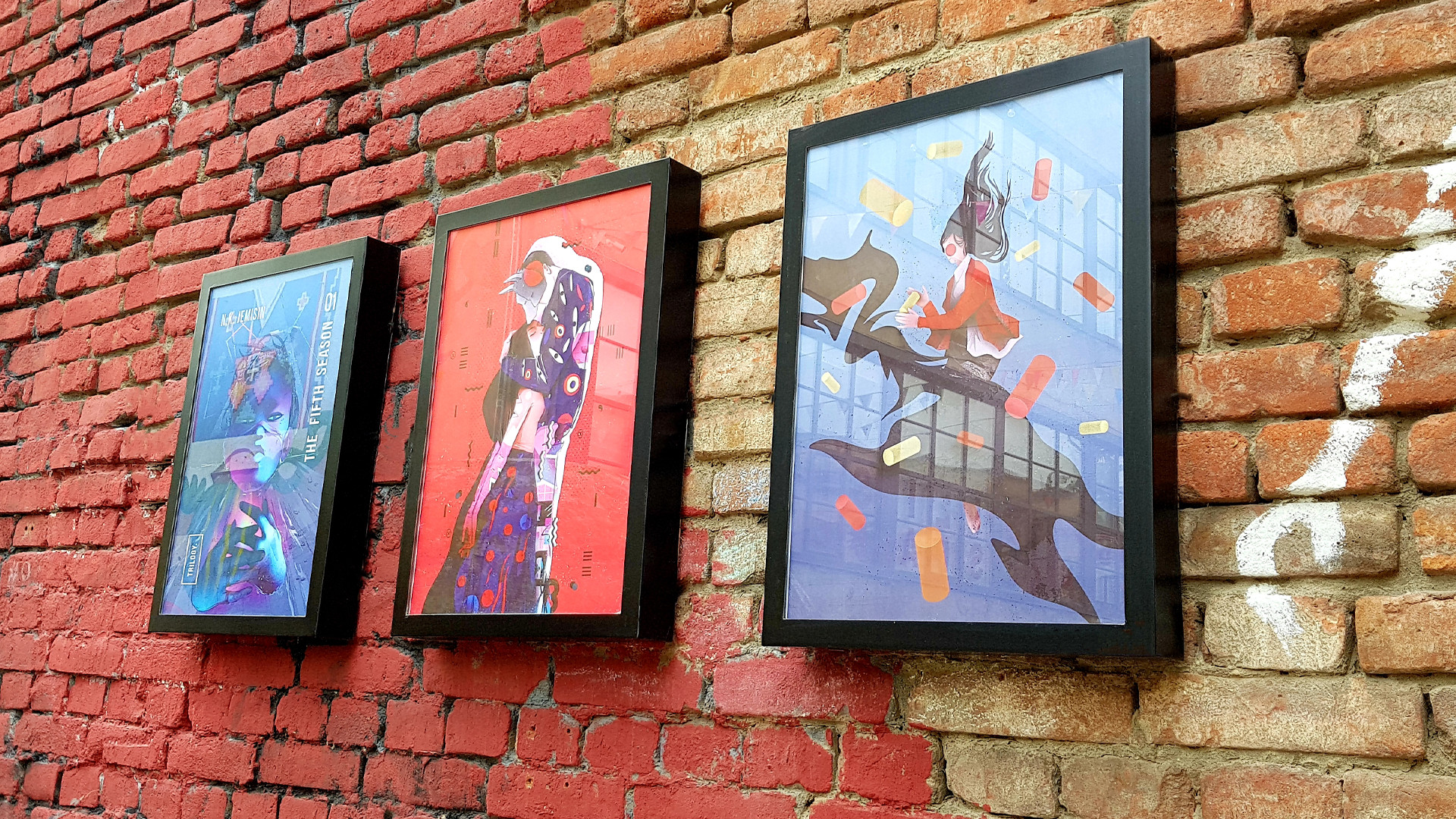 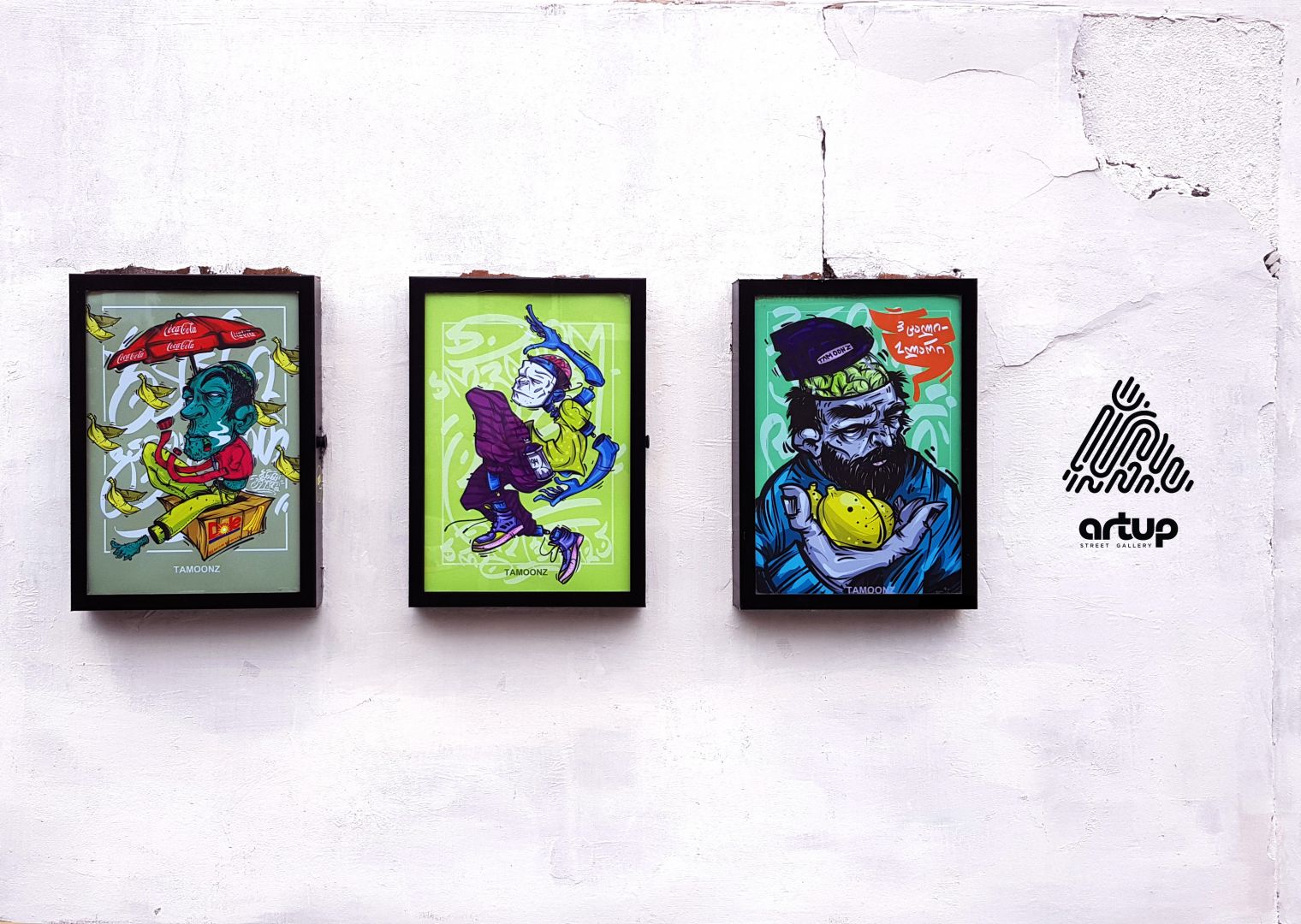 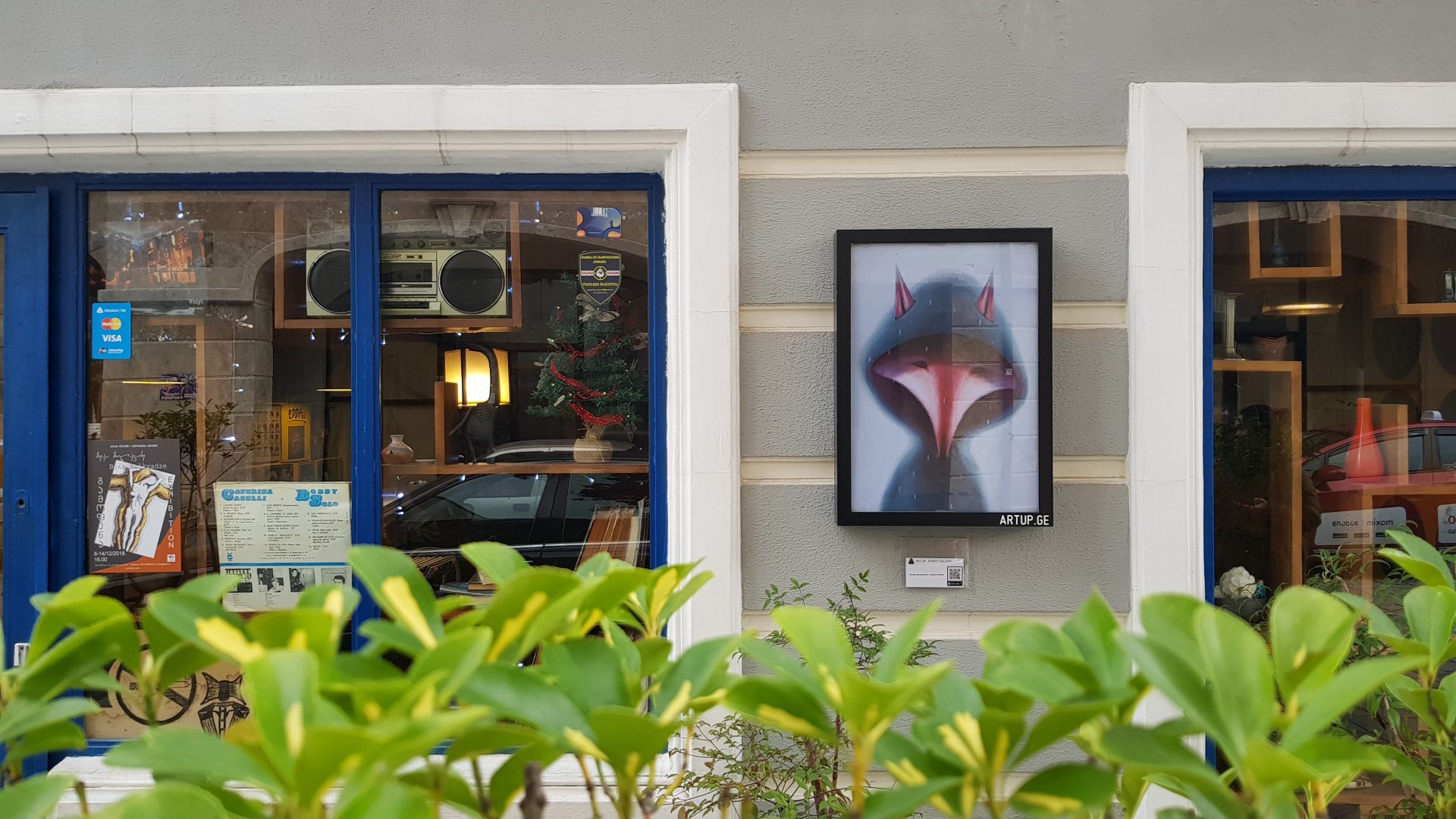 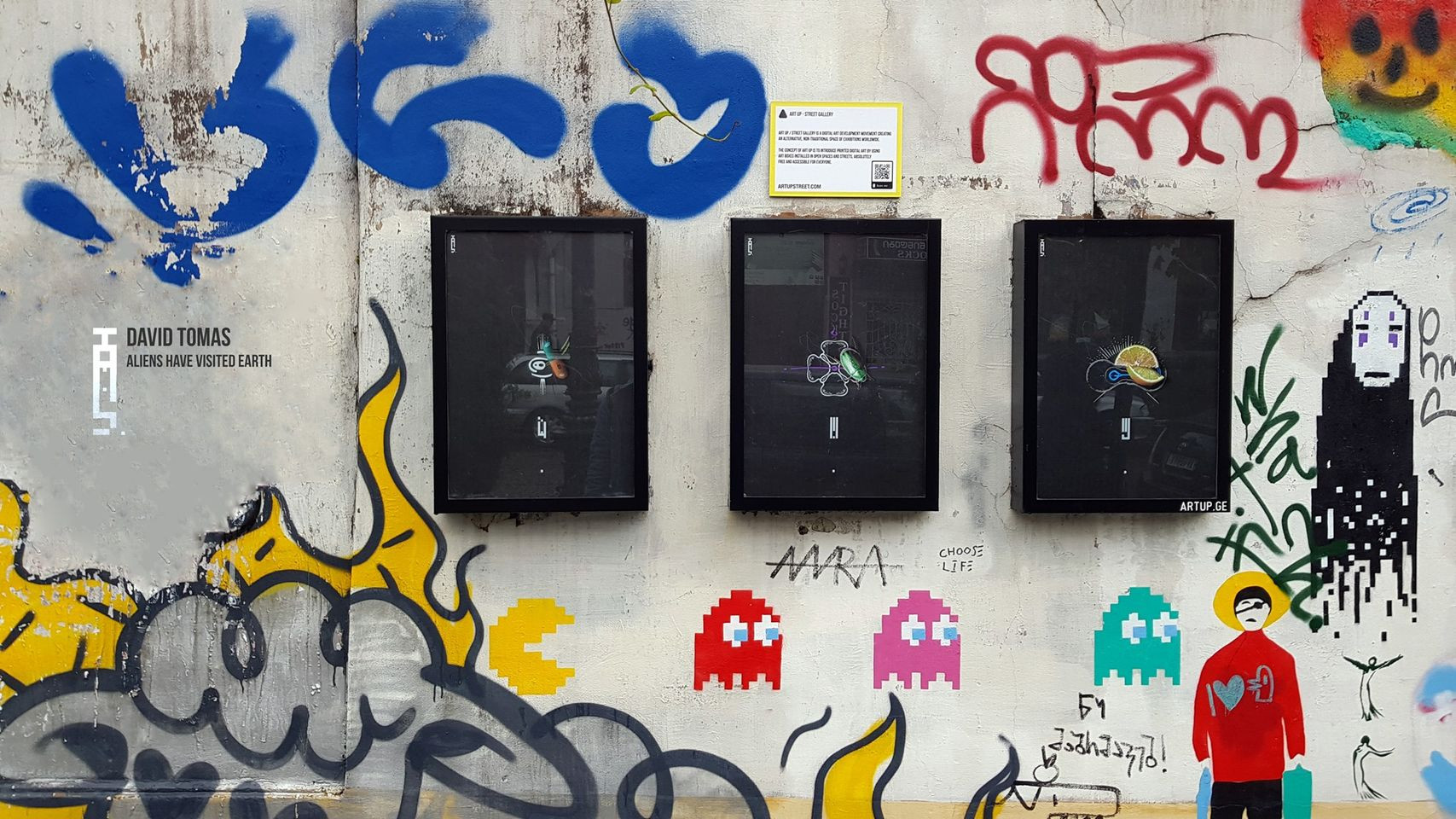 The Shoutout series is all about recognizing that our success and where we are in life is at least somewhat thanks to the efforts, support, mentorship, love and encouragement of others. So is there someone that you want to dedicate your shoutout to?
Yes, my greatest gratitude belongs to the white magic box that was waiting for me every day in the internet café, situated in one of the subway stations. It was my mentor, supporter and great love. I spent all my time there, learned everything I ever could, was really obsessed with information thirst. During another surf, I discovered German creative agency Bionic Systems, a studio for media crossing design. I was blown away and wanted to try everything they were doing in a field of digital art and media. I was sure, that everyone I share my discovery with, must be excited too! But, it actually took years to happen.