We had the good fortune of connecting with Linda Queenie Lieu and we’ve shared our conversation below.

Hi Linda Queenie, can you tell us more about your background and the role it’s played in shaping who you are today?
A first generation Chinese American born and raised in Portland, Oregon; I moved to Seattle, Washington prior to moving to Los Angeles, California. My Chinese heritage is hakka and teochew, and since opera was a very prominent part in teochew entertainment culture, I think that influenced me to like teochew opera along with other Chinese opera elements and incorporate them into some projects. As a kid growing up I would love reading history and costume books on many places around the world, and watching Chinese period dramas. Like any lover of period dramas, growing up I find myself intrigued by the craftsmanship and gracefulness the characters carry while adorning the fashion of the time.  So from a young age, diversity was already so important to me, and I loved my heritage. I would also often listen to Chinese, Korean, Japanese, Thai, Vietnamese, and of course American – music; and seeing visuals in music videos would inspire me. And just like any designer/artist exposed to multiple cultures, we tend to combine the different cultural influences into our aesthetic. My parents were first generation Chinese-Vietnamese, with my grandparents being from southern China. So in the household it was a mix of Chinese, Vietnamese, and American culture. A fairly conservative family, that was quite the opposite of how I was in my heart; so I felt quite restricted growing up. In addition I was also very quiet and shy, but I had big dreams inside; and the more expectations that were laid on me, the more I developed a rebellious streak against traditional expectations of career and life choices. My desire to understand human behavior, culture, and history led to pursue a career in fashion and costume. The way we dress in society can both bring together and separate people. My desire to understand culture and history led me to combine innovative ways in my working style. With the increased popularity of internet usage in my generation growing up, this allowed designers/artists to be more independent to experiment with putting theirselves out there, opening online shops and portfolios, and connecting with people via social media; So, that helped me a lot in aiding on how to express myself and knowing what’s out there. As a first generation Chinese American girl, it’s a lot of pressure going against the norms to be in a creative field, especially one that involves a lot of independence, self-discipline, and self-leadership. My family would ask me “Why can’t you be normal just like everyone else?” or they think I’m quite crazy with all these ideas and interests. I think society is bothered and uncomfortable when they see something they don’t usually see, but in this generation I’m glad that a lot more people are taking the initiatives to express their dreams, try something new and breaking stereotypes. Unlike most Asian Americans who felt a lost of identity growing up; I never felt internally lost, I never cared about others’ acceptance of me, and I’ve always accepted myself for who I am or will become. 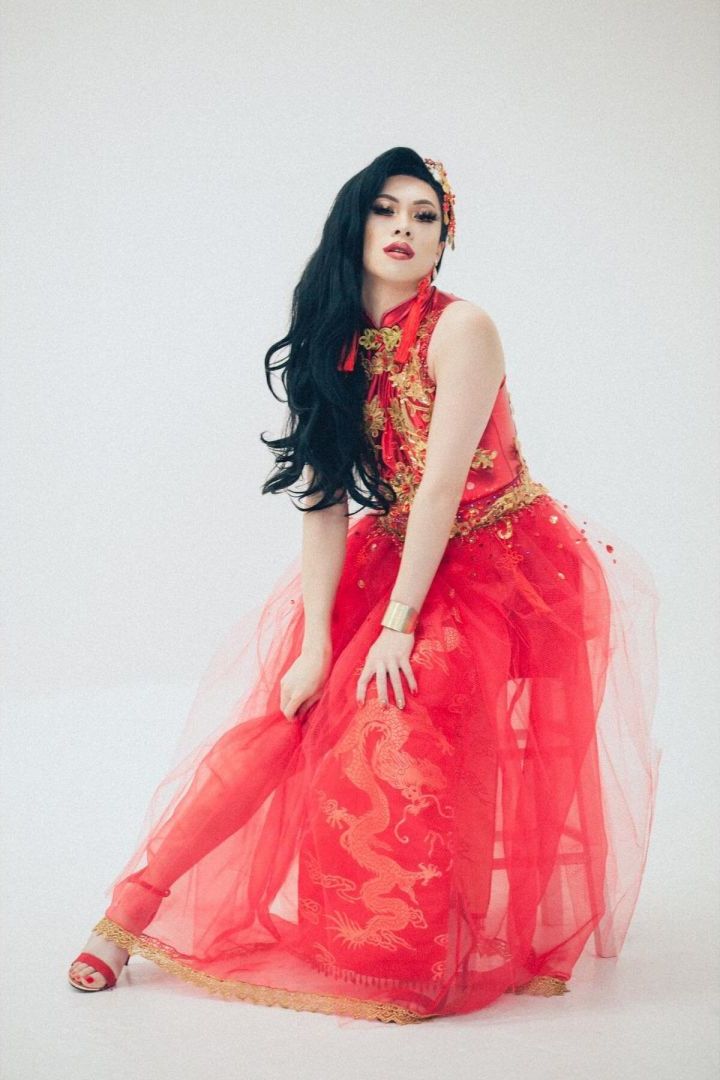 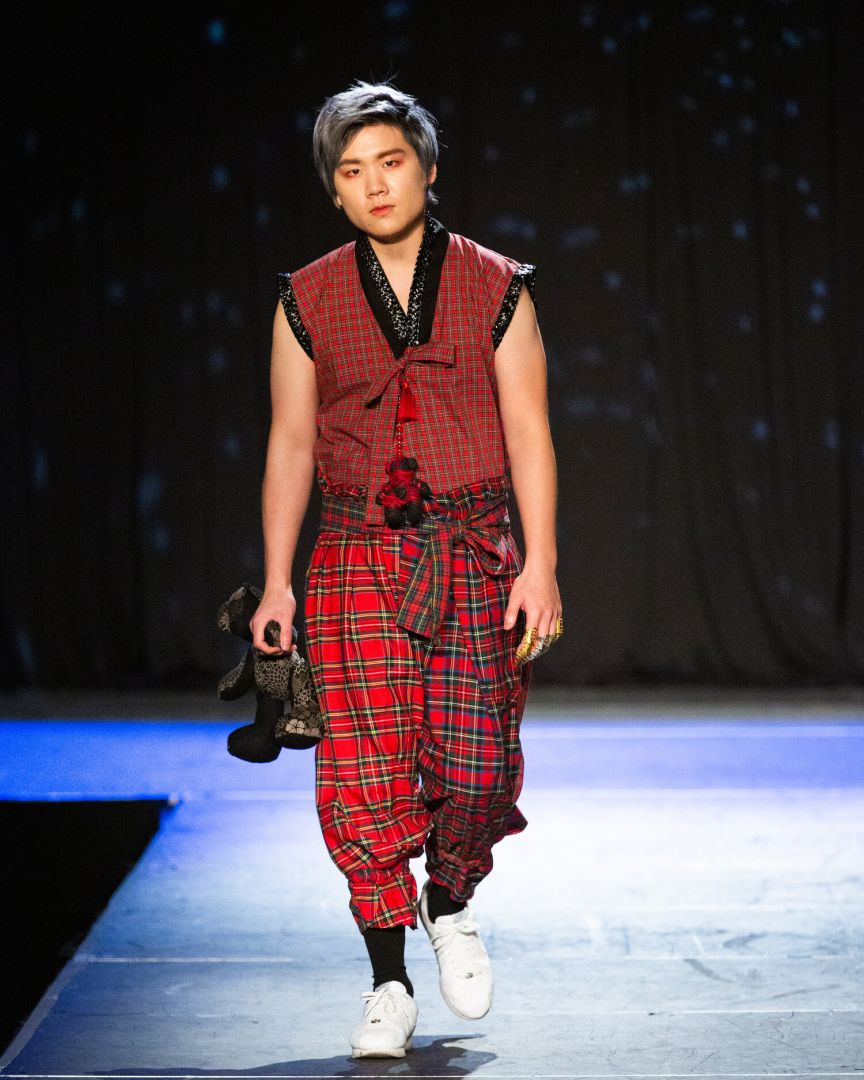 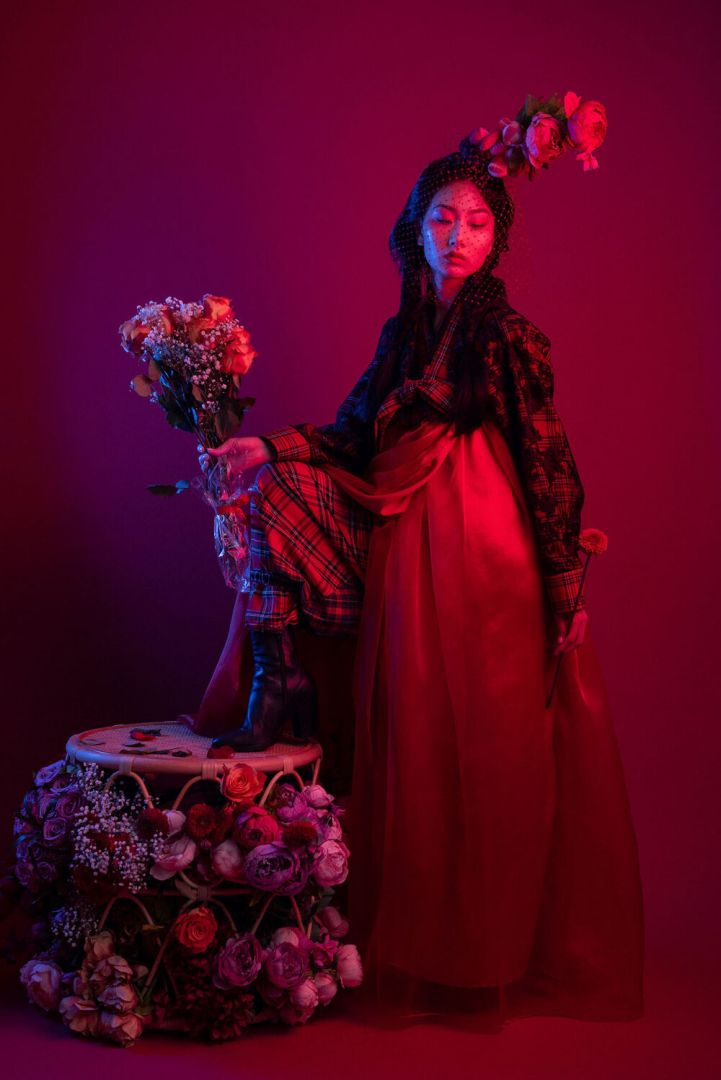 Alright, so let’s move onto what keeps you busy professionally?
As to what sets me apart from others, I think I know, but I am still exploring that and trying to define it more myself as there may be others who are on similar paths as me. But overall, I think it is the mix of things that I do; you don’t often see a fashion designer who is also a costume designer who is also a stylist; not every fashion designer can be a stylist and not every stylist can be a fashion designer and not every fashion designer have the ability to understand character development and storyline to create costumes; there may be people that does all three, but I think people usually tend to go towards one part than trying to balance them equally to make them all prominent in their career; for me it’s just that these aspects often overlap each other in projects so it’s easier for me. I also have an interest in filmmaking, writing, and cafes, which I want to integrate into my career as well. Another thing that sets me apart, although not new within Asian American creatives, is the integration of Asian and western elements; however for me it is more like I integrate it into unisex fashion which is something that is relatively new and growing, and in addition the making of traditional Asian clothing where I think there’s not many makers of traditional Asian clothing in LA nor can people find many resources to learn more about it. So in a way I contribute both androgyny and traditional Asian culture into LA so that’s something people around here may find intriguing; through the forms I communicate it through such as through fashion, music videos, period films, etc. Sometimes when you overcome the challenges, you don’t feel like there were ever challenges. But I would say, challenges are usually society and the judgement of people. Maybe someone’s words can affect you, even though you necessarily don’t care but it does still have a bit of affect on you, and it can strive you to do better or worse. Society is becoming more open towards the barriers of fashion/art with more people being able to define their style more easily, but that doesn’t mean someone might not criticize or bully others for it. And as for traditional clothing or other cultural things, I do see that it is something a lot of Asian Americans are very intrigued about but they may not necessarily be involved when the vibe isn’t right, whether it reminds them of a bad memory or they think it wouldn’t go with their lifestyle; so aside from making traditional clothing I also like to make modernized streetwear versions of it and introduce it in fun ways to the younger generations. Lesson-wise, I would say I’ve learned to perceive motivation and time differently. You can’t hold off from doing something for too long because you want to perfect it; because your thoughts and ideas are always going to evolve so perfection itself is in a way nonexistent. So just do it and let go of it. Timing plays an important factor in success, the decision to not do something, is also a decision of action itself. Each day contribute to the future you want to have, so if you want to be productive and achieve something within a time fame you have to plan and manage your daily tasks well. It is important to put lots of thoughts into something but it is not good to dwell on it for too long and become too obsessed. So, I like to get things done fast and well, and move on to the next thing. I am always discovering more about the world and the world will always discover more about me. 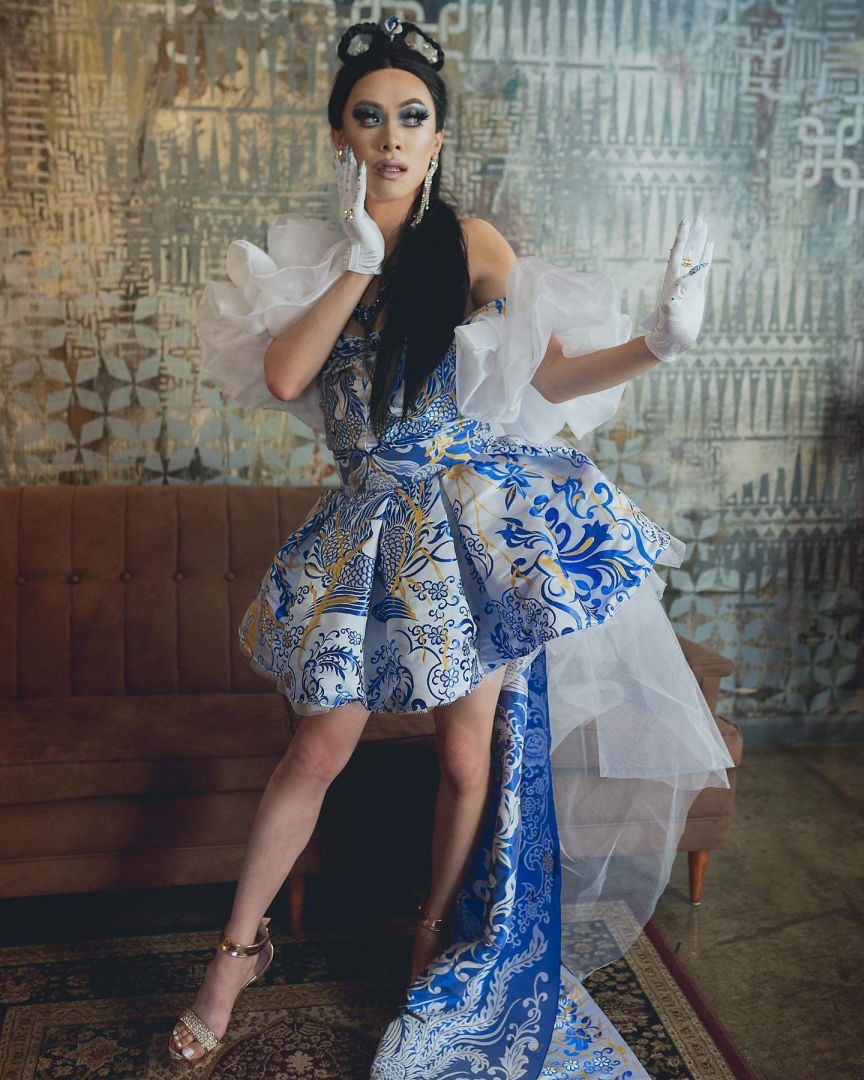 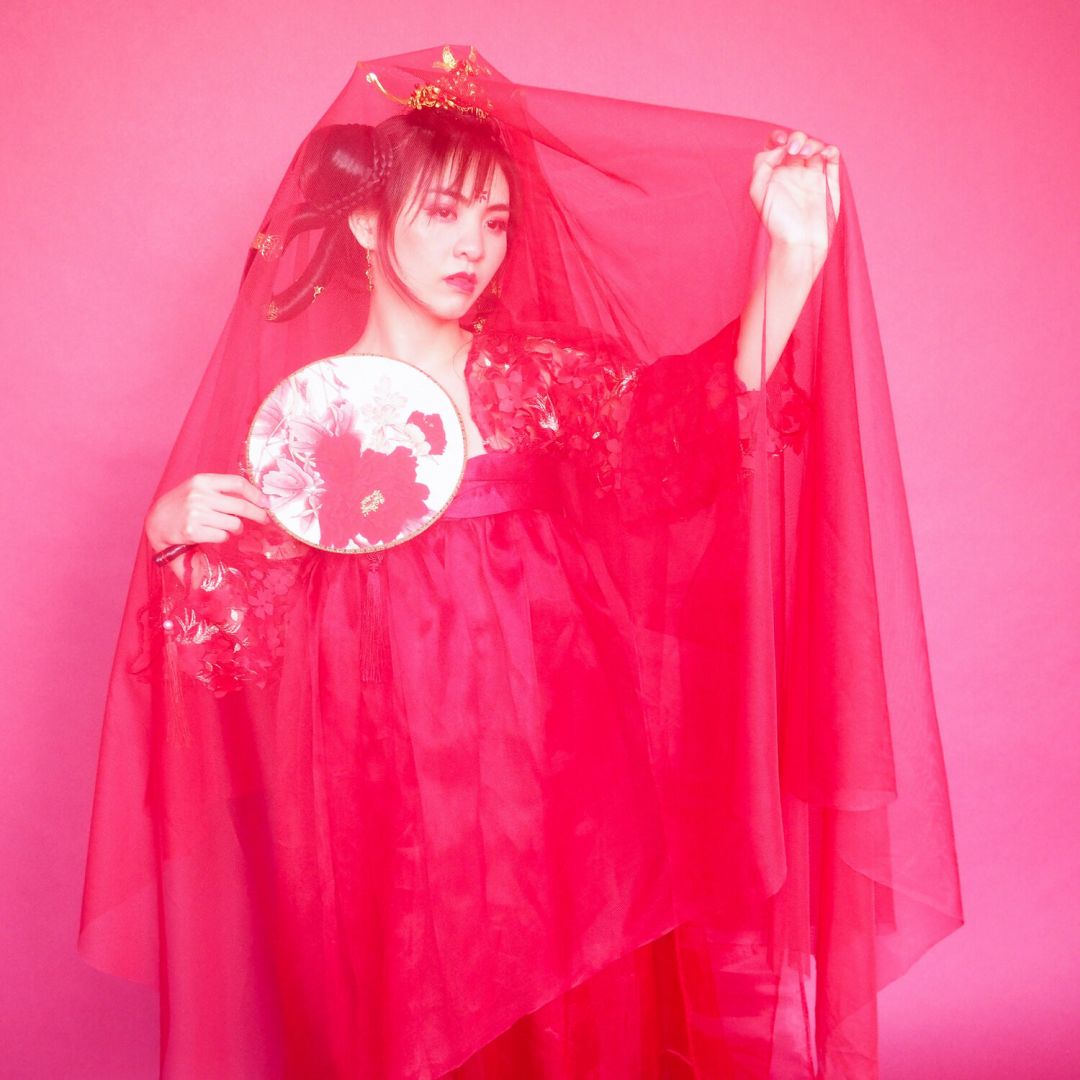 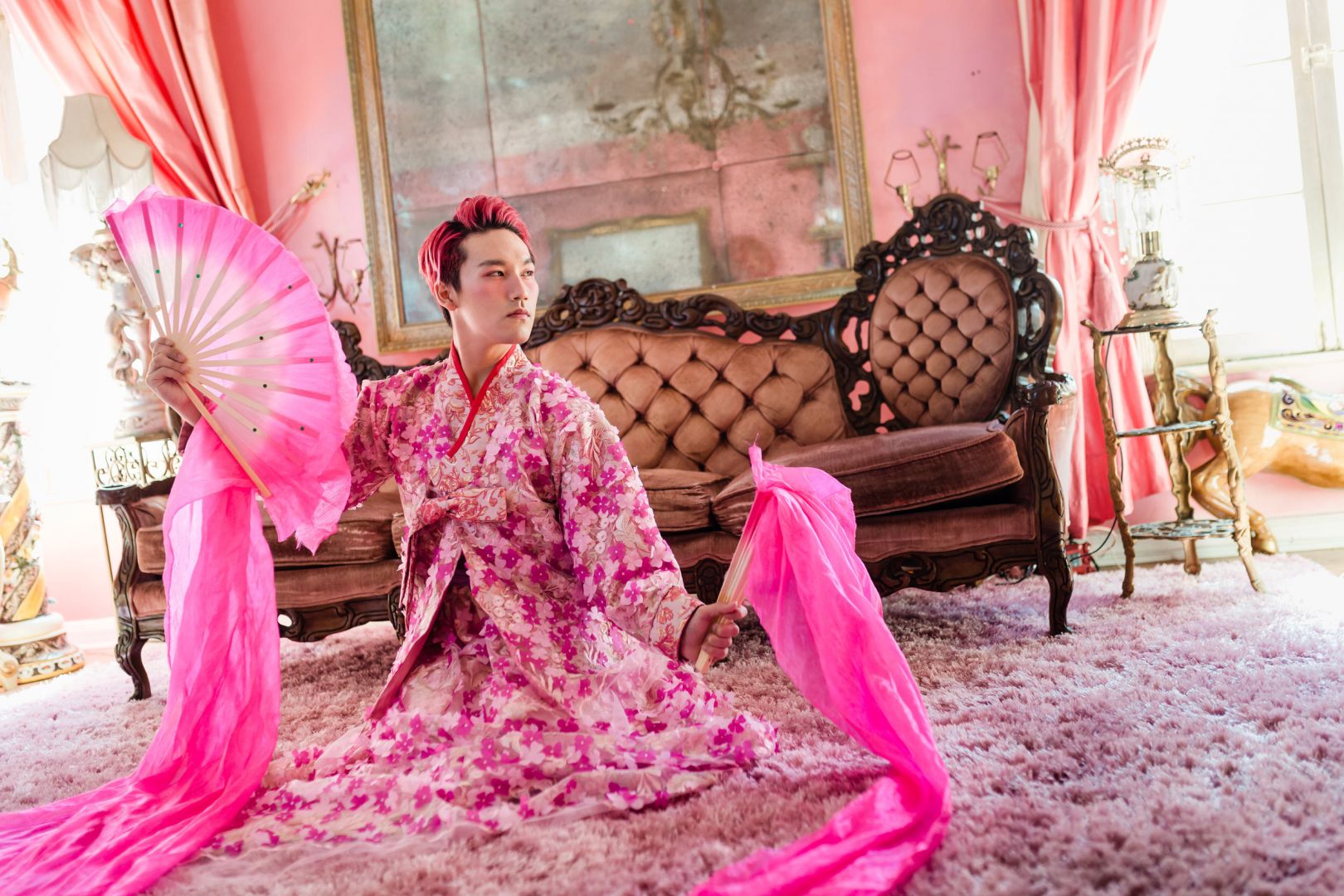 If you had a friend visiting you, what are some of the local spots you’d want to take them around to?
If I had a friend visiting the area; it depends on their interests but, there are a couple places I would recommend. Griffith Observatory/Park would be a wonderful place to hike up to have a beautiful view of LA; The Arroyo Seco is another wonderful hiking trail; Museums such as The Getty and LACMA; The Huntington Library/Art Museum/ Botanical Gardens ;Hollywood Walk of Fame; Santa Monica Pier; and Universal Studio as well as Disneyland. I would like to show them the San Gabriel Valley Area, Little Tokyo, Koreatown, Pasadena, downtown LA, and explore the O.C areas as well; but it also depends where they’re from, example if they’re from Asia then perhaps the Asian areas here may seem not very exciting; but if they are Asian American or other it’s really a great place to dig into Asian culture-if they want to. Dining-wise, depends on their taste of course; some places I have in mind would be Caffé Concerto, Faith&Flower, Bottega Louie, Cheesecake Factory, HaiDiLao Hotpot, Little Sheep Mongolian Hotpot, One Zo, Tancha, T-4U, Bubble Republic, Bon Appetea Cafe, Cafe Bora, Road to Seoul, Eight Korean BBQ ,Oo-Kook Korean BBQ, TK-92 Korean BBQ, Porkfolio, Daikokuya, Kopan Ramen, Tea Station, HoneyMee, Motto Tea Cafe, A-Plus Teahouse, Hummus Lab, Mahan Indian Restaurant,Din Tai Fung,Nha Trang Noodle House, Noodle World, and New Noodle City; just to name a couple. If they want to go to big shopping centers, I would recommend Citadel Outlets for great savings on popular brands; The Grove; The Americana at Brand; Santa Anita Mall; and if they would like to visit smaller shops, they could visit the ones in the the San Gabriel Valley, or Melrose would be a nice place for vintage and other unique finds. 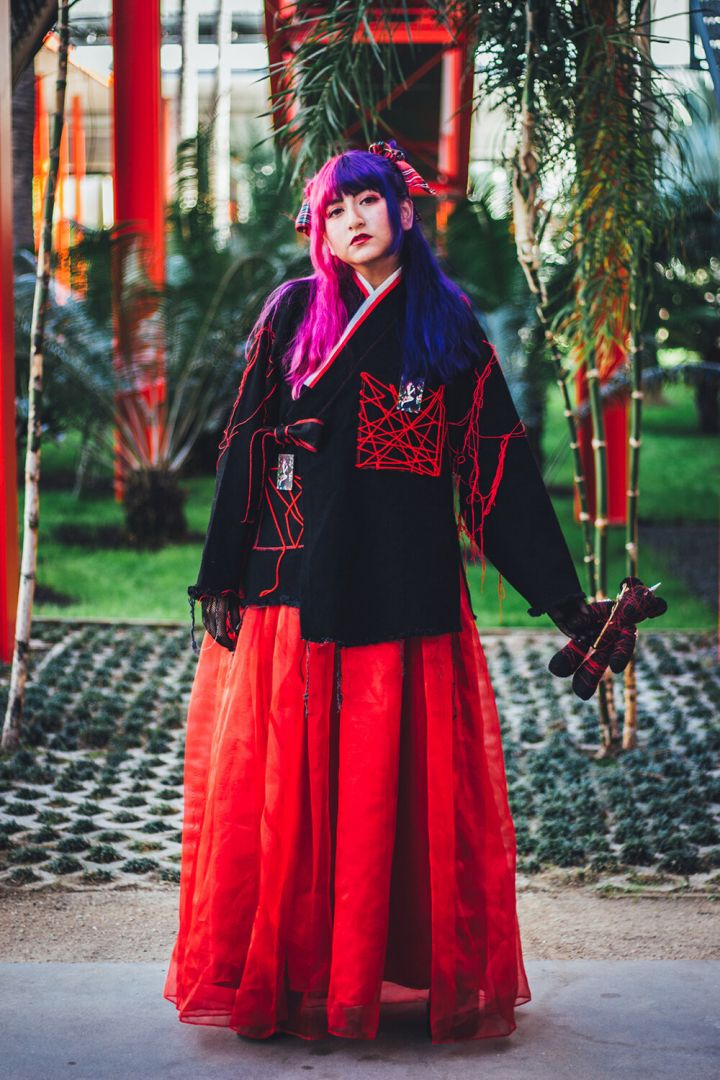 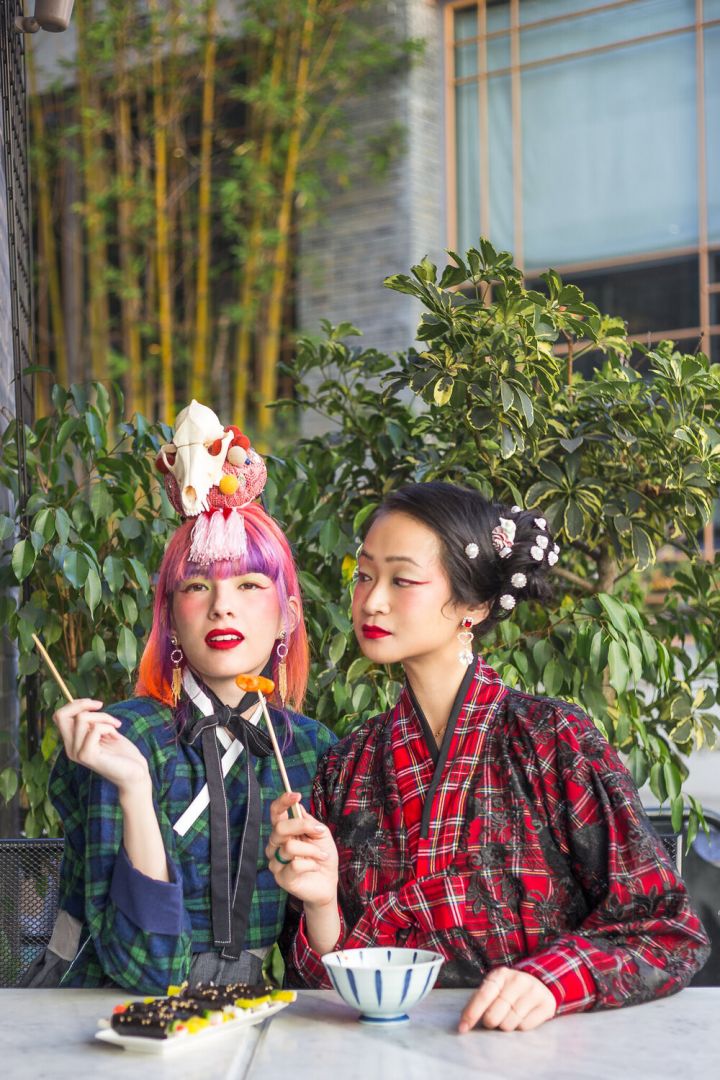 The Shoutout series is all about recognizing that our success and where we are in life is at least somewhat thanks to the efforts, support, mentorship, love and encouragement of others. So is there someone that you want to dedicate your shoutout to?
To anyone that has ever believed in me and to anyone who dare to dream! { “There is no such thing as a self-made man. We are made up of thousands of others. Every one who has ever done a kind deed for us, or spoken one word of encouragement to us, has entered into the make-up of our character and of our thoughts, as well as our success.” – George Matthew Adams }