We had the good fortune of connecting with Lisa Segal and we’ve shared our conversation below.

Hi Lisa, what led you to pursuing a creative path professionally?
I teach writing and the creative process, but for all the years of my higher education (I have degrees in economics and in librarianship), I stuck to the safe plan—no artistic creative career. That said, whenever I could be, I was in an art class or sharing art studio space. I started working in L.A. as a Kelly Girl secretarial temp. I would have stayed in the print production department of the ad agency Wells, Rich, Greene, where one of those jobs landed me permanent employment, had the Century City office not closed. I returned to temp work until I decided to get the library science degree. I wanted a steady job to buy art supplies. Getting that degree kept me out of art classes and studios for a while, but I ended up in the cataloging department of the Beverly Hills Public Library, a job where they wheeled the books up to my desk on a book truck (!). That lasted until it became too obvious I was reading more books than I was putting a call number on. After that, I worked in post-production facilities. I became a good project manager, but I was dying inside. 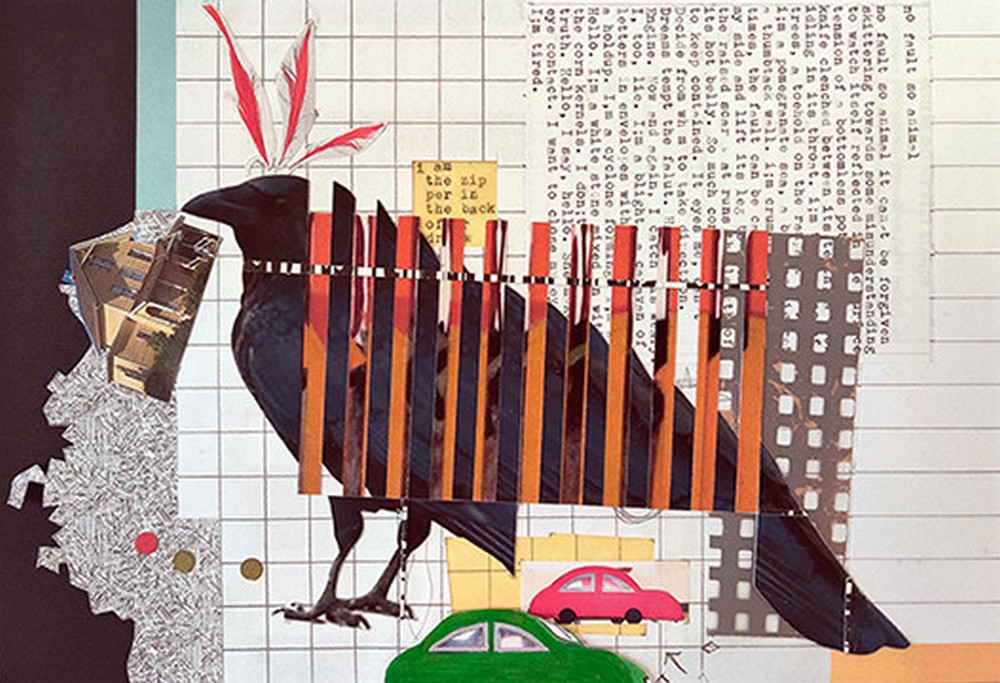 I never dreamed I would teach writing. When I was in grade school, I was accused of plagiarizing a poem that mimicked, apparently too well, the style of A. A. Milne (and it wasn’t a poem about a toy bear). That experience flattened any impulse I had to write until I took my first Method Writing class decades later with Jack Grapes. I took that class because an acquaintance wouldn’t quit asking if I liked poetry (which I no longer did) and was relentless about me attending a poetry workshop I didn’t want to go to. But, in the end, I was curious and went. That first Method Writing class nourished me (and provoked me and scared me and stretched me and thrilled me and gave me a community) like being in art classes and art studios did, so I took another class, then another, then another while working in post-production. Simultaneously, I was making art in my own studio but also studying with the painter Tom Wudl in his Arts District studio in DTLA. Then, slowly, things began to shift for me. Along the way, my office, secretarial, organizational, and people skills began to support bigger, more ambitious activities and projects that centered around art making and writing. My two art practices consistently informed each other. Engaging in one facilitated the other. The mindset that worked for one, worked for the other. One night, I had a thrilling moment editing a poem when I saw I could merge my writing and art by constructing typographic elements from my poetry to use in my art pieces. That opened new directions for my artwork.

I’m a good teacher of Jack Grapes’ Method Writing because I haven’t forgotten what it was like to learn Method Writing techniques, or more importantly, how difficult it was to lose my previous notion of how one writes. Working creatively is the heart of Method Writing and the heart of what Tom teaches in the art studio, and what I learned studying dance with Gena Hoshihara years before I worked with Jack or Tom. I’d never questioned that I was a creative person, but I never knew how to effectively operate as one. It was a huge handicap. It took me a long time to understand how the creative process works. Even when Gena and Jack and Tom told me how to do what I needed to do so that I could do what I wanted to do, I was too afraid to do it. And, by the way, all three were saying the same things. It took me a really long time to approach my work differently. I was very afraid of looking bad.

Why is the creative process so frightening? It exists in all endeavors, of course, not just in the arts. Extraordinary results don’t just happen, in any field. But in the arts, the most important thing is what the creative process isn’t. It isn’t finished product. Therefore, to move forward, in addition to working diligently to become better at my crafts, I had to be willing to make bad art or write horrible pieces or look silly dancing while I was learning and experimenting and figuring things out. I didn’t want to look bad. That’s what I was afraid of. I didn’t trust the process. I didn’t trust myself. I didn’t trust I was moving ahead. I settled for safe and good (and my good wasn’t bad, if you catch my drift).

Every artist has their own panel of risk-averse judges. The creative process is that panel’s most favorite place to hang out. They’re there, ostensibly, to protect the artist from making bad art and looking foolish. But they ultimately prevent great, innovative art from being made by squelching the failures that are necessary when we learn anything new. The initial stage of the creative process is an investigative place, an exploring place, a learning-of-skills-and-getting-better-at-them place, a playing around place, a place of curiosity, the you-don’t-know-what-you’re doing-or-where-you’re going place. It’s the place of the first draft. It’s the place of holy failure. It’s the place of working at your craft. It’s the place where you and your unconscious collaborate with each other to give birth to what will become, with much dedication and work, a final product. The creative process is about problem solving, about working with restrictions (there are always restrictions), about coming upon what is possible. It’s the place of discovering what you had no idea would show up. What ends up as a novel or painting or any other artistic achievement (aka product) begins in the exploratory part of the creative process. It then undergoes many edits and drafts. Each subsequent iteration also engages the creative process but aims specifically towards a finished product. The creative process is the artistic space. “Inspiration” as the answer to where art originates is a smoke screen. Inspiration might strike, but you have to be working and available to take advantage of it when/if it does. And should it never come, you can still score big, if you understand how far you can go by consistently and attentively working on your craft and being available to what shows up, whether you were anticipating it or not (like how my poetry became an element in my artwork). This is not the way our culture indicates art is made and it’s not intuitive. I didn’t figure it out on my own. I had help. A lot of it. I needed a lot of help because my resistance to changing my ways was huge, even though I wanted what was on the other side of that change.

When I conflate the creative process and the end result (a product), it’s my kryptonite. It’s the quicksand two steps ahead of me that looks like solid land. It’s the engine that generates my writer’s block and my artist’s block. That conflation is more than a rough place from which to operate. It’s an impossible one. There is a fundamental way out of it and that is for me to always be working on perfecting my craft, one part of it at a time. To be focusing on that, not judging first stages by the standards of the finished product. It’s inevitable there will be product if I keep working. As inevitably, there will be meaning. I don’t have to worry about those things. And it will be something that I didn’t know beforehand I would be creating. I love that part. Now, finally, I believe.

I became a Method Writing teacher because in class I took a copious amount of notes. I still take them. (I took notes at Tom’s studio, too. And I have dance class notes.) I took my Method Writing notes on the backside of the pieces I read in class. But my notes were no good to me like that, so I typed them up. Doing that kept me thinking about what I had heard and seen in class and how that related to the information I was transcribing. I spent a lot of time thinking about how I was going to execute whatever technique I was working on, but also about the larger framework within which the writing itself (the creative process) was happening. When the opportunity arose to teach a class that reinforced the fundamental concepts of Method Writing, I was ready. 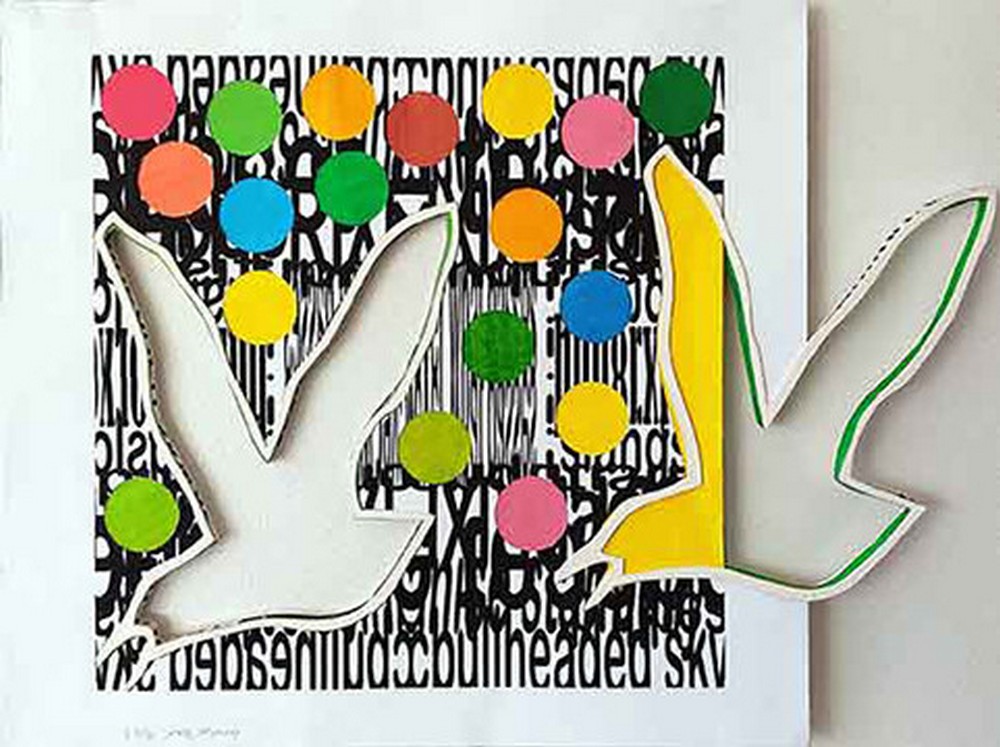 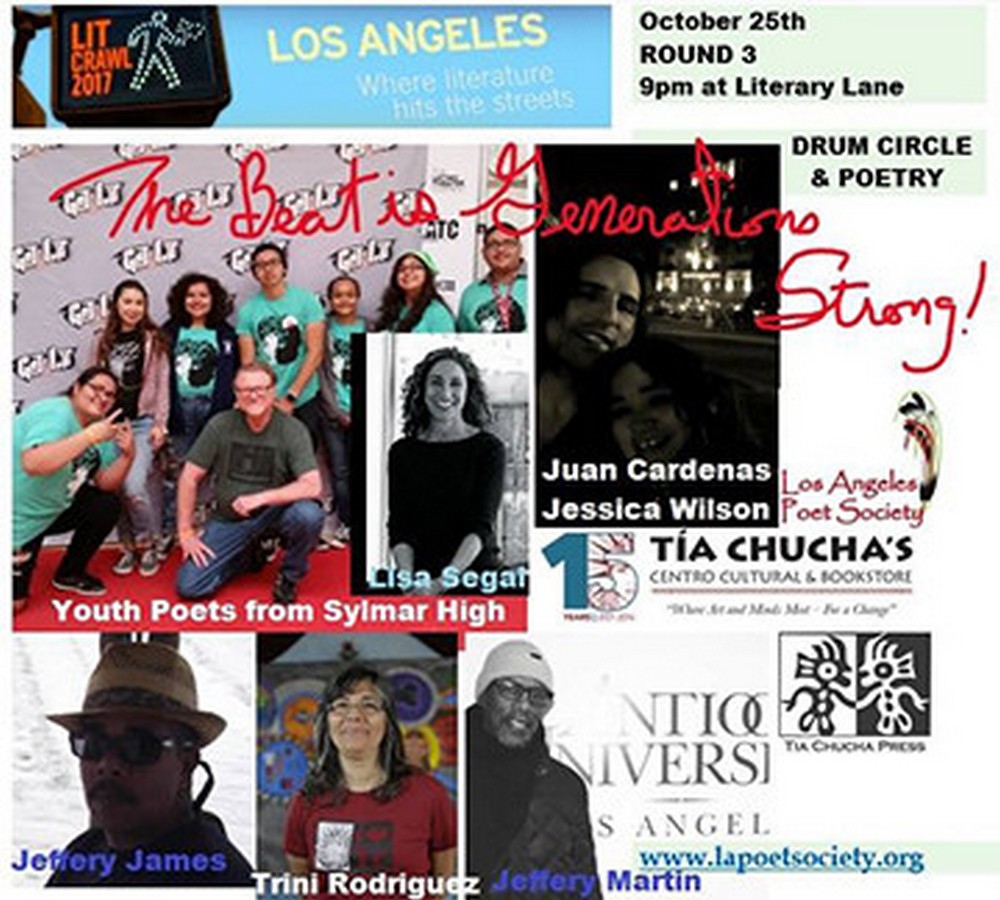 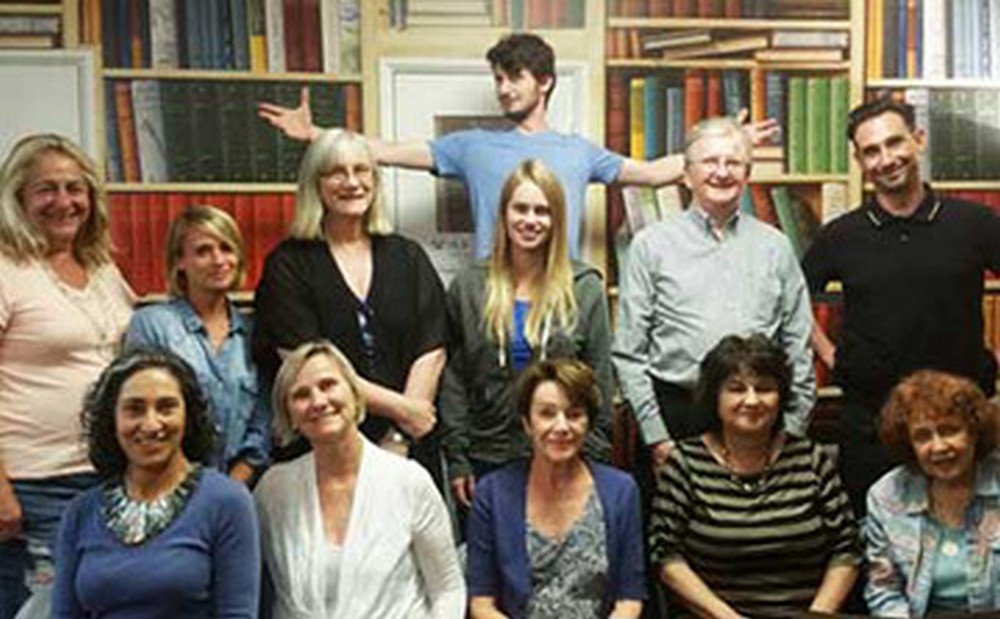 Some of the places I’d go, things I’d do (only a slice of the list):

– Day tour around L.A. There is every kind of vehicle or walking tour for every conceivable interest. They’re great for getting ideas of other things to do, places to go.

– See a play or a musical performance (L.A. has great venues, large and small).

– LA Brea Tar Pits (the museum and the tar pits) and the adjacent Los Angeles County Museum of Art (LACMA); the Original Farmers Market (near LACMA)

– Drive around the city and along the coast. 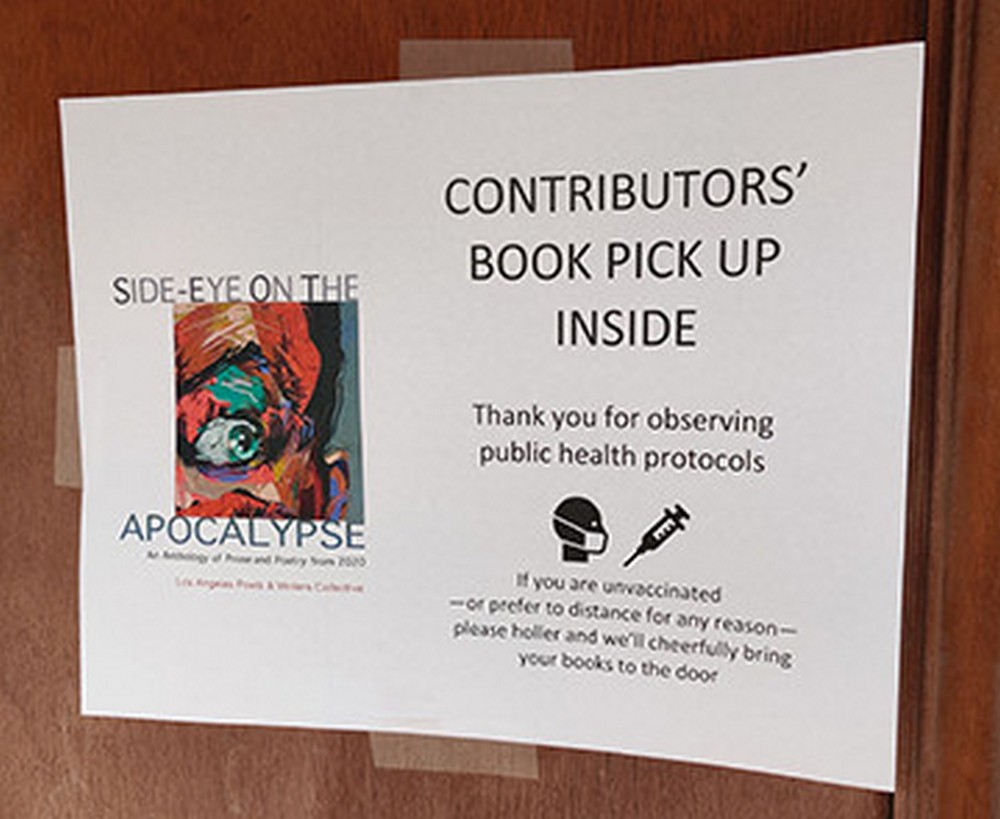 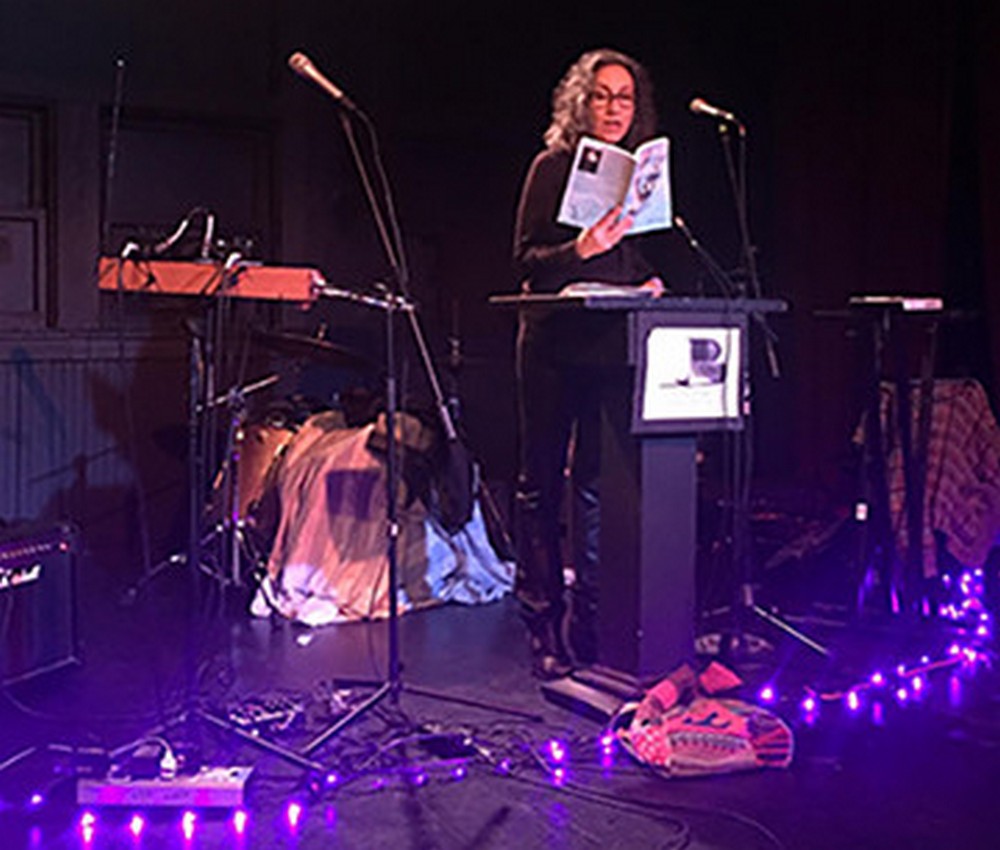 Artists are typically not provided with tools to effectively engage the creative process. Without them, an artist can’t be a well-functioning creative person. I’ve been lucky to have had teachers who address this need, who through their art practices and teaching demonstrate what the creative process is and provide concrete ways to wrangle it. Since 2007, I’ve studied Method Writing with Jack Grapes and studio art with Tom Wudl. It was, however, in Gena Hoshihara’s dance classes, years before I encountered Jack or Tom, that I had my first taste of this. Gena also sensed I was a writer decades before I even considered the possibility of that as a possibility.