We had the good fortune of connecting with Logan Johnson and we’ve shared our conversation below.

Hi Logan, why did you pursue a creative career?

Since I was a child, I have always had a connection with music. My family is chock full of musicians (laughs). My grandmother, uncle, and father all play the piano, and my other uncle is a professional singer. As a toddler, I would climb up any piano bench and bang on the keys, which was the sign my mom needed that I inherited the family gift.

One of my earliest memories of loving music and wanting/desiring to perform, was after watching “Michael Jackson’s 30th Anniversary Concert” at the age of 6. I started taking piano lessons soon after and excelled pretty quickly. As a child I was surrounded by music constantly, I started singing in my church’s children’s choir at age 2, and played piano for the young adult choir as I got older. As my love of music grew, so did my love of television and film. Most of the channels played reruns of classic tv shows during the “after dark” segments. I CONSTANTLY got into trouble for watching television past my bedtime due to my love of theme songs. I would repeatedly watch the opening credits from shows like “Good Times”, “Three’s Company”, “Golden Girls”, “Living Single”, “Bewitched”, “The Cosby Show” ..etc.

Within the world of cinema, I loved watching musicals; my aunt introduced me to “The Sound of Music” which sparked my interest in musical composition/songwriting. During my teenage years as my musical talents progressed, I began to notice more nuances in film/television scores. I was obsessed with Disney animated musicals. It was “The Lion King ” that ultimately made me realize I wanted to compose music for film/tv. I remember re-watching Mufasa’s death scene for probably the 20th time, but this time, something was different. I was genuinely listening to the score. I could feel the emotion in my stomach, almost like “breathing for the first time”. At that moment, I knew I wanted to make people feel exactly how I was feeling. At the time I didn’t even know what film scoring was called, but I knew I wanted to be a part of the process somehow. The rest as they say is history.. 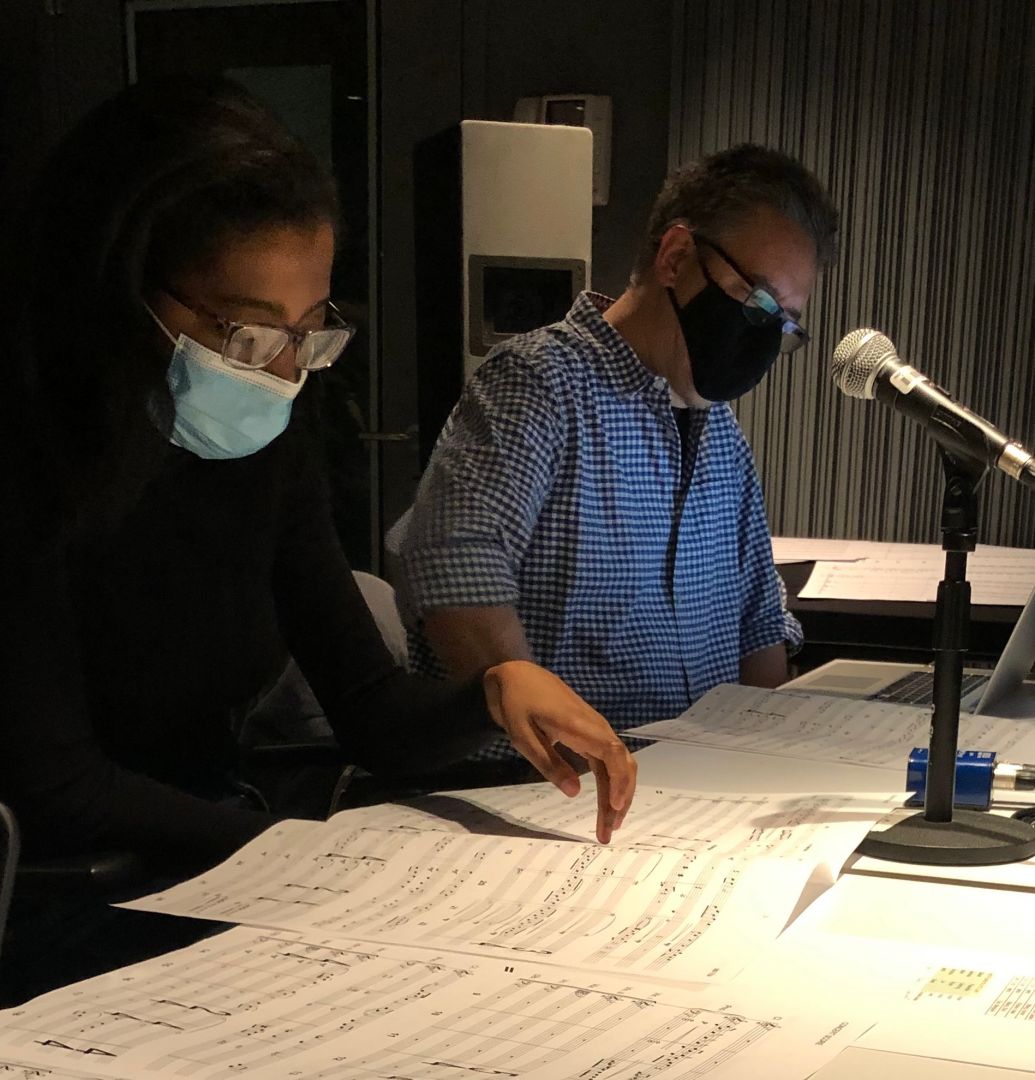 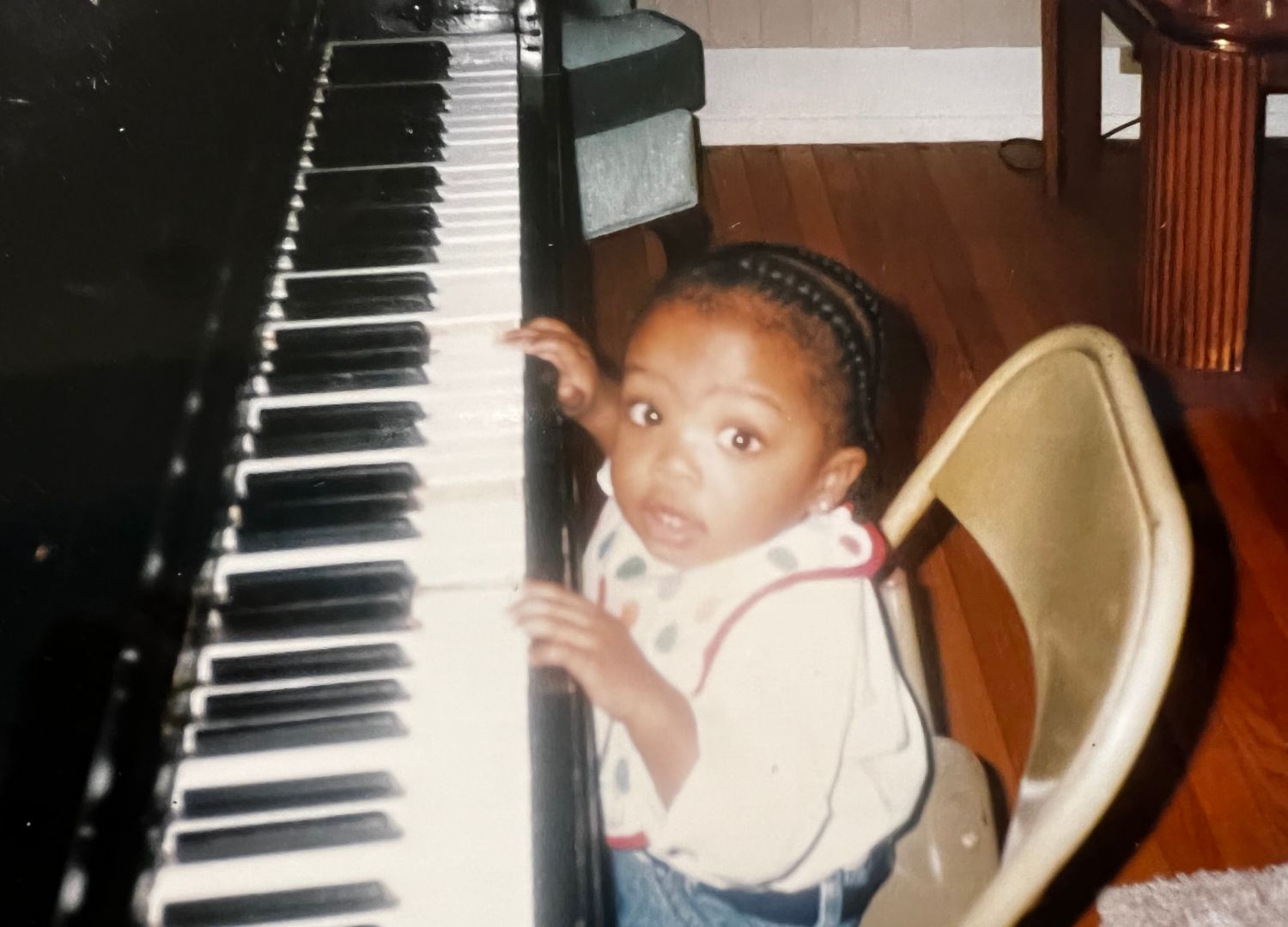 It definitely was not easy getting to where I am today. A close friend of mine once called me “tenacious” and it stuck with me. I know that is a word we tend to run from, but I think it’s an admirable trait. I’ve definitely had to overcome numerous challenges in my life. I learned long ago that I have never been great with expressing emotions through words, but I was always able to truly express myself through music. For me, it provided me a way of communicating without speaking a single word.

I graduated with my Bachelor’s of Music in Music Composition from the ILLUSTRIOUS Howard University and it was such a transformative experience: the vast amount of beautifully talented and intelligent Black people there is unbelievable. During those 4 years, I grew so much and it taught me to never be complacent, SPEAK UP and whatever room you step in ..MAKE THEM remember you. Soon after, I went to New York University for graduate school. NYU was one of my dream schools and I actually applied three times, which is an example of my tenacity and perseverance. I was not accepted the first time I applied, but was accepted the second time. However, I was not able to attend. The third and final time, I was accepted during the height of the pandemic and I realized that it was time to take risks and chase my goals because I would never know until I tried. I packed my bags and moved to NYC that next month. While at NYU, I learned to truly trust my instincts, how to collaborate with other composers, and the importance of creating and finding my own sound.  This past May, I graduated with my Master’s degree and I can easily say it was one of the hardest experiences of my life but so incredibly rewarding.

Growing up, the most notable film composers, or honestly any composer in general, were white men, with a handful of white women. I’m sure most people can’t even name four Black women composers. Even though I rarely saw anyone that looked like me in the industry, that never deterred me from this career. I tell people all the time, my biggest dream is to score a Disney princess musical film and be one of the first Black Women composers to win for best original score.

A motto that I have had for years is “Keep Moving Forward”. Whenever you fail, get back up and keep trying until you succeed. It is a rule I have held myself to for awhile and it gives me hope anytime I feel like I am not worthy enough or I am not where I think I should be. 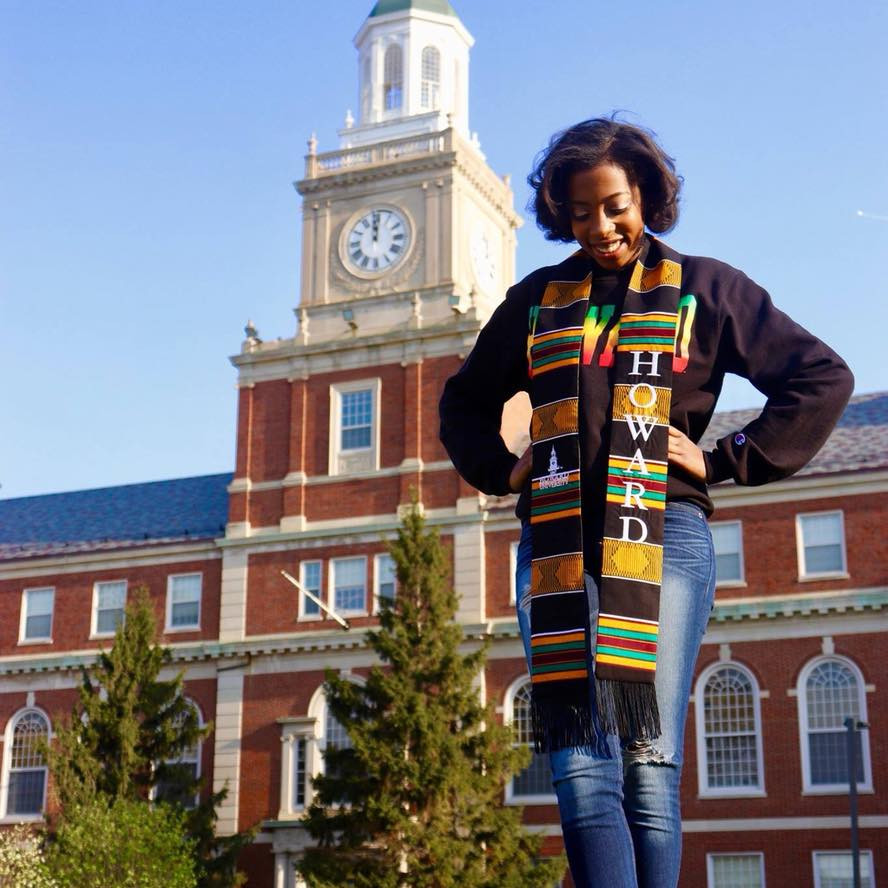 Well I recently moved to LA in June so I’m gonna cheat a little and do favorite spots in both LA and NY.

NY- I love taking tourists to the Chelsea Pier, and walking up to Hudson Yard..it’s a beautiful view of the Hudson and the mall is very nice. Taking a walk in Central Park and Madison Square Park is Mandatory!  I’m really big on scenic views and one my favorite views of the city is from 230 Fifth Rooftop Bar. It’s across from the Empire State Building and at night they light it up and It’s simply GORGEOUS. I also love Brooklyn, especially the Dumbo/Cobble Hill area, near the water.

Lastly, do yourself a favor and come to New York during the Holiday season…you’re welcome. 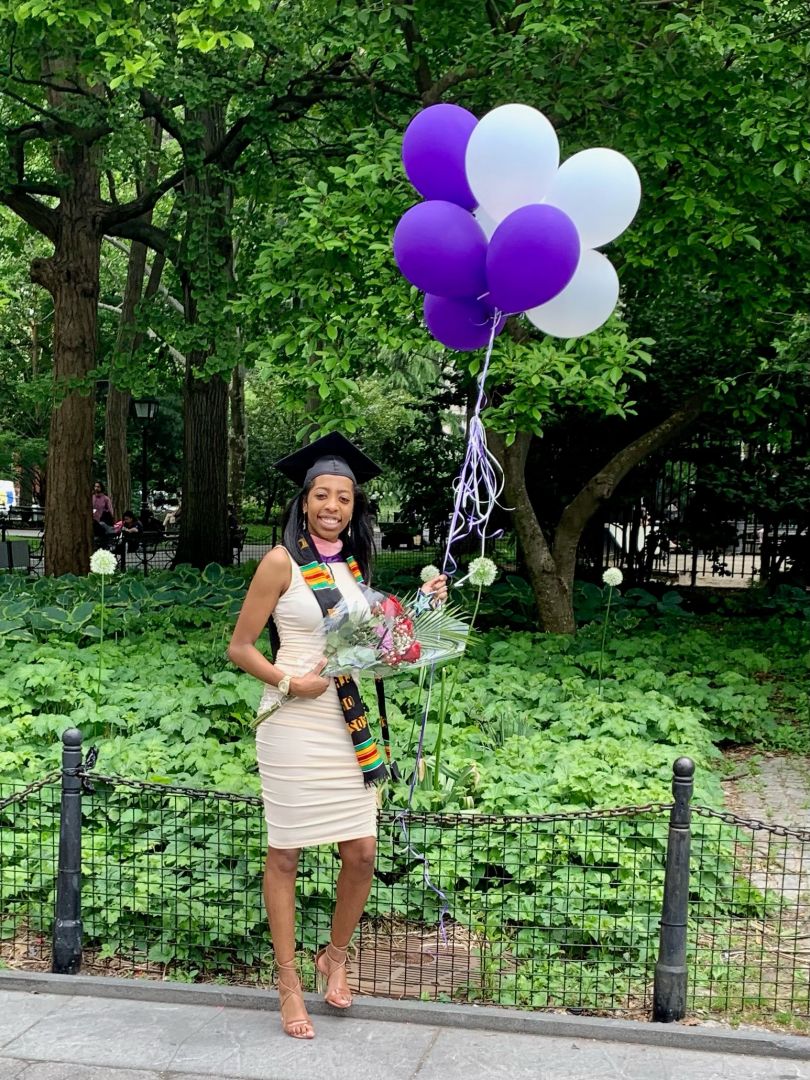 Wow, there are a lot of people to Shout Out here but let’s start with Family.

Most of my friends and family have always been so amazingly supportive. Starting with my mother, Anita Lemmie, a single mother who raised me. She sacrificed, and supported me throughout my life, so she definitely deserves the most credit. (laughs)

My Grandparents: Patricia Johnson, for continuing our family legacy of musicians, and was probably the first woman I ever saw play piano. Betty and James Lemmie, I love you both, thank you for nurturing me and more importantly introducing me to the musical Chicago (2004).

A HUGE Thank You to numerous Aunts, Uncles and Cousins who also helped raise me and taught me so much about love and persevering through hard times.

My first piano teacher Anita Watkins-Stevens for helping me to hone my craft. My Professors and Mentors from Howard and NYU.. to name a few: Dr. Karen Walwyn, Dr. Anthony Randolph, Mark Suozzo, Jamie Lawrence, …you all have taught me so much, and continually pushed me to do better than I could imagine.

This list could honestly go on for days, but whoever I’m forgetting..please charge it to my head and not my heart! 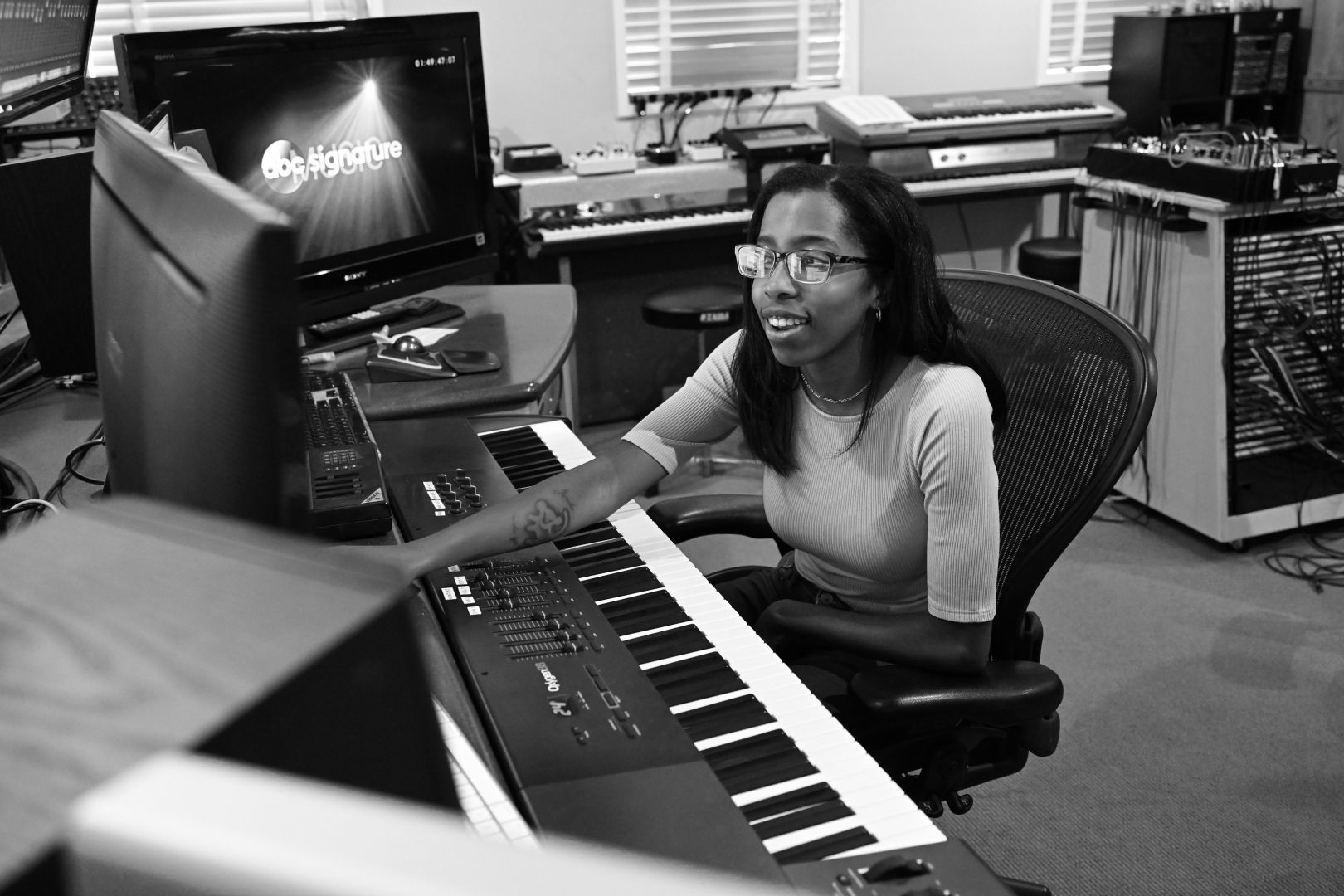