We had the good fortune of connecting with Madeline Weibel and we’ve shared our conversation below.

Hi Madeline, what role has risk played in your life or career?
I feel like artists that take the most risks often turn out the most successful. There is something about living in the moment and ignoring potential consequences of tomorrow that might protect an artist from the crippling self doubt and fear of failure that come with the job. Though I am not necessarily one of these artists, risk has played a huge role in my life. Turning from a life of convention to one of instability and constant questioning is a risk and part of most creative journeys. It certainly was part of mine. 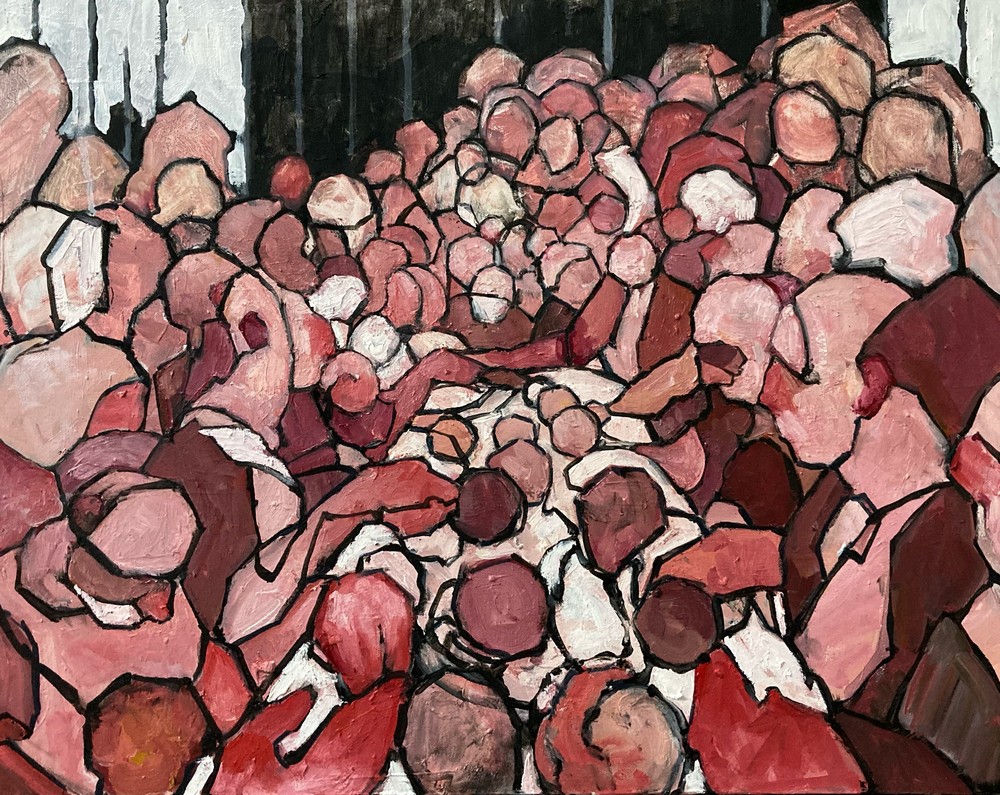 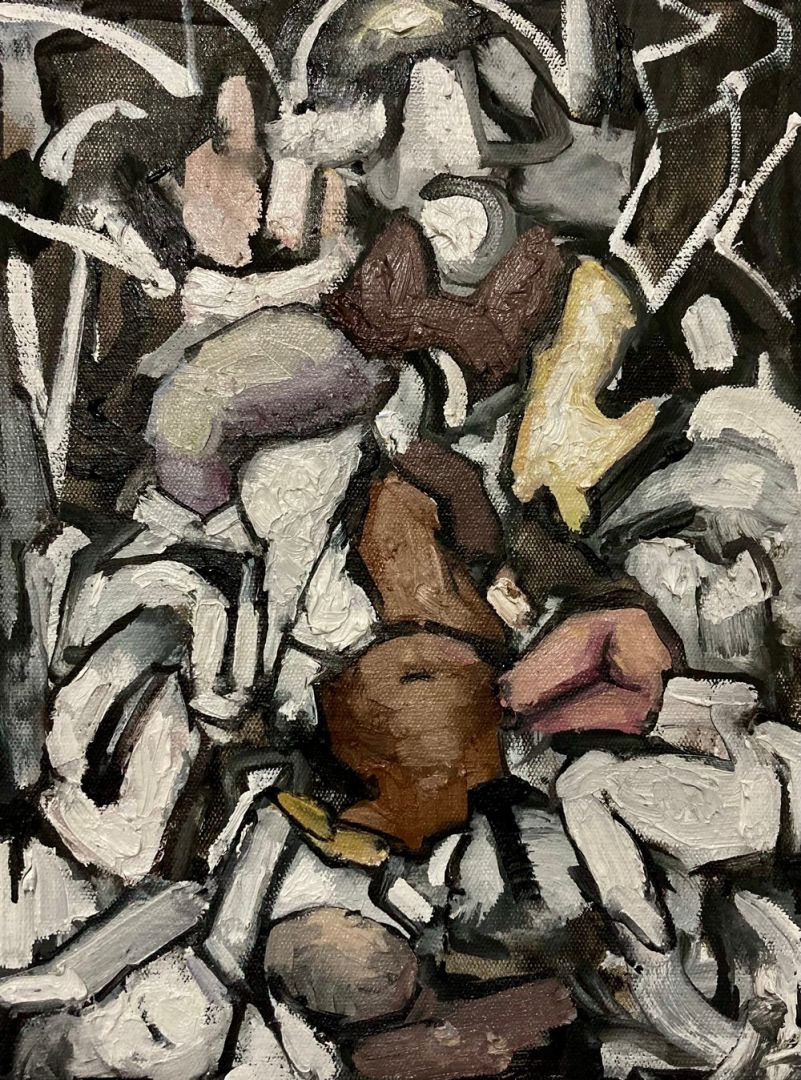 Alright, so let’s move onto what keeps you busy professionally?
I spent my childhood wandering the lines between art and science, fascinated by patterns in nature and contemplating life cycles of death and regeneration. 500 years after 17 year old Michelangelo Buonarroti defied the church and began dissecting corpses in the hospital mortuary in Florence, I found myself in a dissection lab. Months drawing cadavers expanded my knowledge of anatomy and physiology but also led to unavoidable questions about my relationship to death and to the earth. My work and worldview are shaped by these perspectives, the intersections of art, science and spirituality, as passed down by Michelangelo and others whose life and work were shaped by the same questions of mortality that have preoccupied artists for centuries.

Early on, I cared most about academic drawings that demonstrated great technique in rendering the body and its movements. In the years since, studying 20th century history has opened my eyes to an art that functions beyond the depiction of human form and, instead, represents human life in its plurality of conditions. I became captivated with a matrix of artistic developments conceived out of the post-war period: a time when artists sought to push the limits of what could and should define art to develop new visual languages that expressed their values and reality in the modern industrialized world.

My most recent series began as studies of traditional Baroque compositions and evolved into the deconstruction and reconfiguration of classical European imagery. Inspired by the materiality, contrasting symbols, and intertwined mythologies of Mexican Muralism, Surrealism and Abstract Expressionism, this work searches for the balance between figuration and abstraction through historical themes of struggle, labor, identity, health, displacement, liberation and survival. Artists both reflect and construct our times. In the spirit of the early avant garde, I seek to reflect my own response to the growing complexity of twenty-first century life through images that move beyond pictorial subject matter and hold meaning in paint itself. 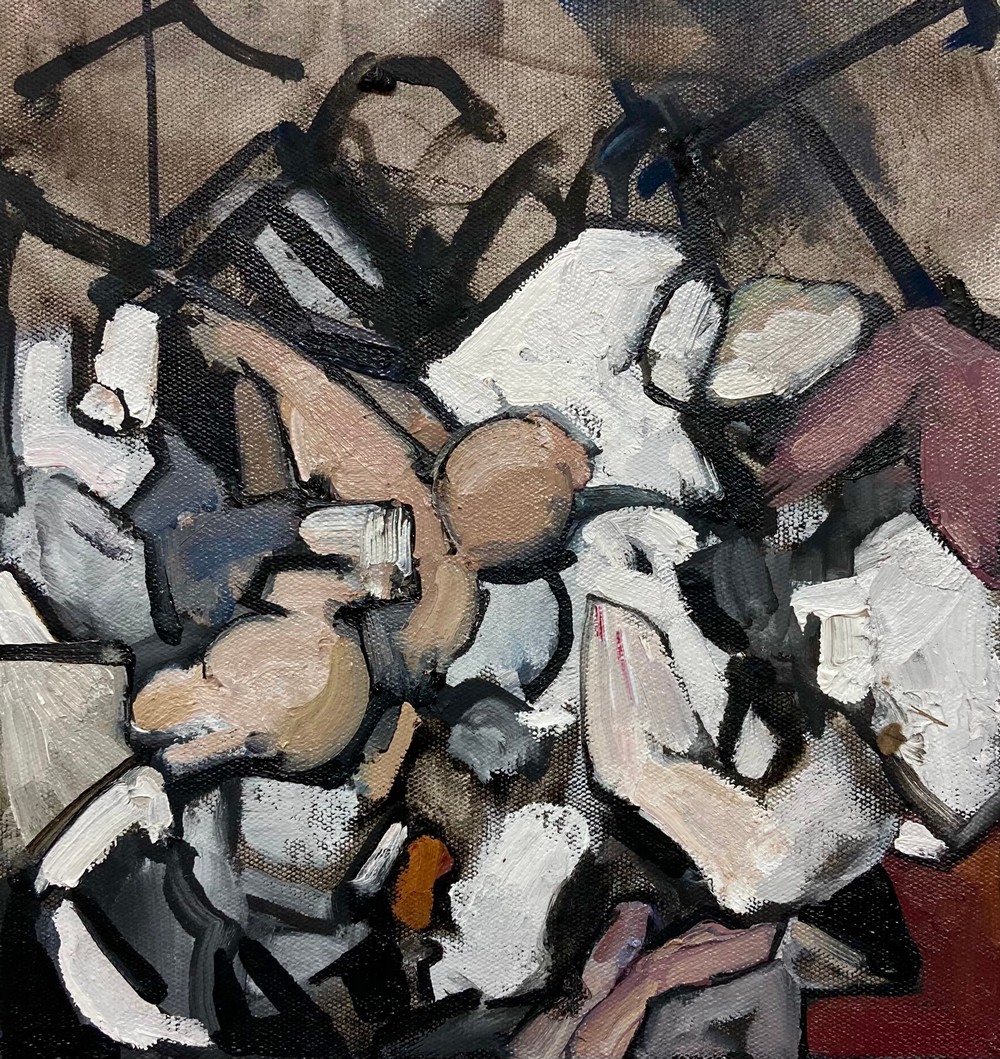 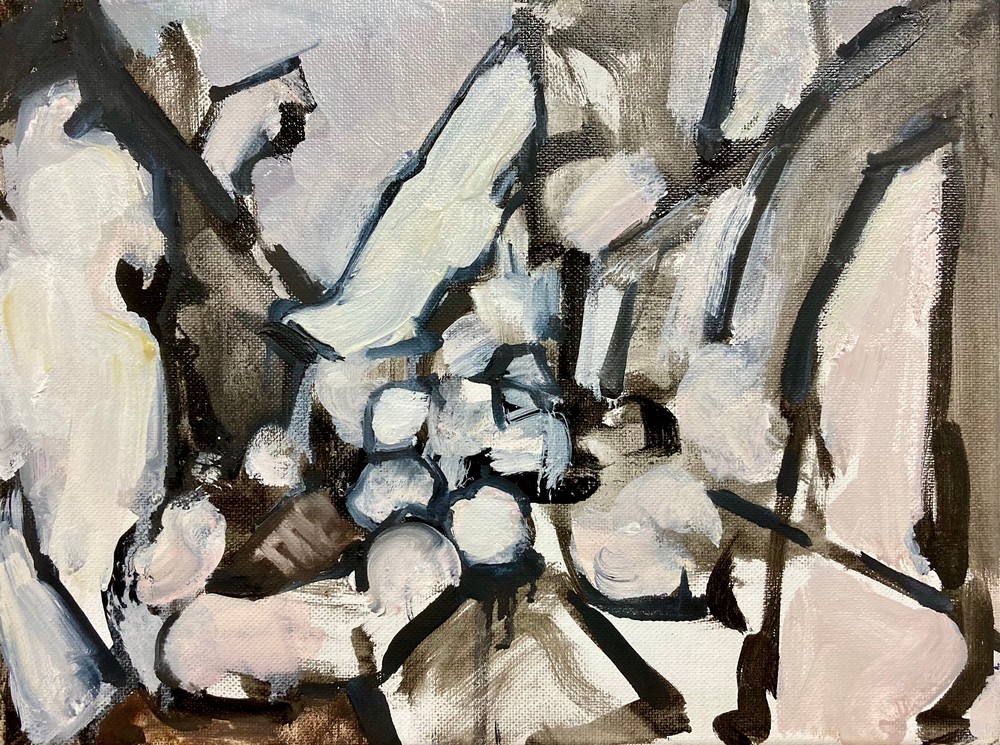 Any places to eat or things to do that you can share with our readers? If they have a friend visiting town, what are some spots they could take them to?
I have always loved cemeteries but Greenwood Cemetery in Brooklyn is perhaps the best one, and easily my favorite place in the city. It’s massive and has an epic view overlooking Manhattan, which to me always feels a bit eerie because I’m struck with this vivid sensation of all the history that’s happened on that hill. Its amazing to explore and very easy to get lost in. I like to take a bagel or bit of food there and channel the Victorian tradition of communing and picnicking in the cemetery.

Next would be to Chinatown to eat amazing noodles (obviously), my favorite spot is on Doyers St. called Tasty Hand Pulled Noodle. After, I like to wander the shops and buy cool stuff like super old postcards that still cost cents and interesting spoons (my go-to’s). Taking all New York institutions with a grain of salt, the Met is on the list, of course, and I love taking people to the Museum of Natural History, where I briefly volunteered in the fabrication department. Im obsessed with the prehistoric megafauna in the Vertebrate Origins wing, the massive ocean mammals and I always visit the Hall of Human Origins for the skulls and replicas of ancient hominids.

I would also take you to a PLAY or some kind of theater, two of my roommates are phenomenal performers and involved with very interesting projects, so I (they) always know what’s up! 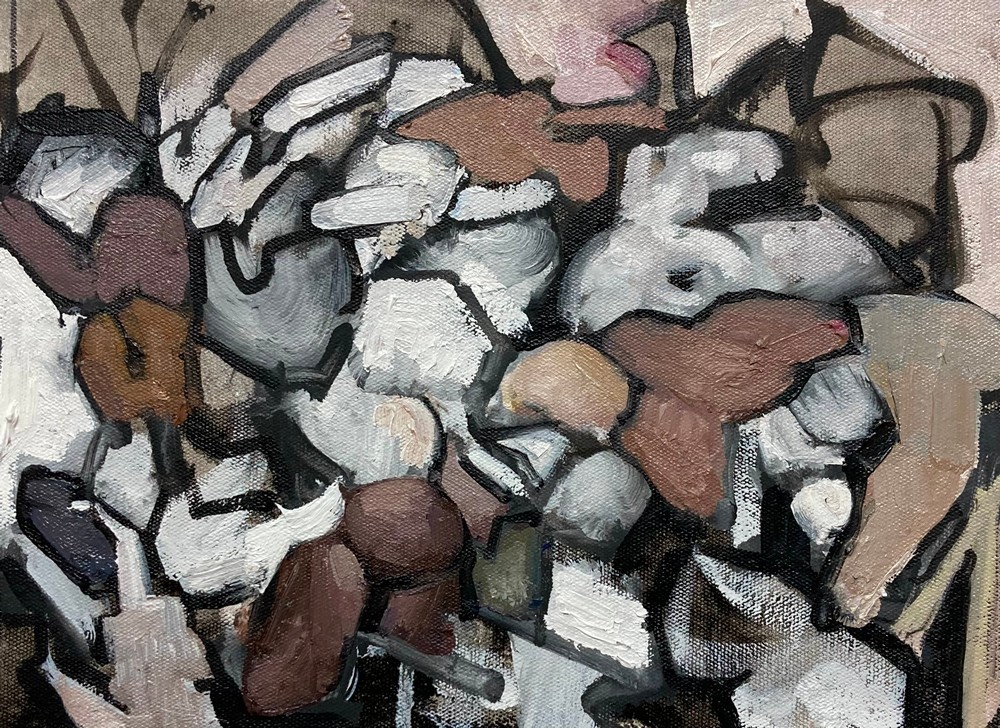 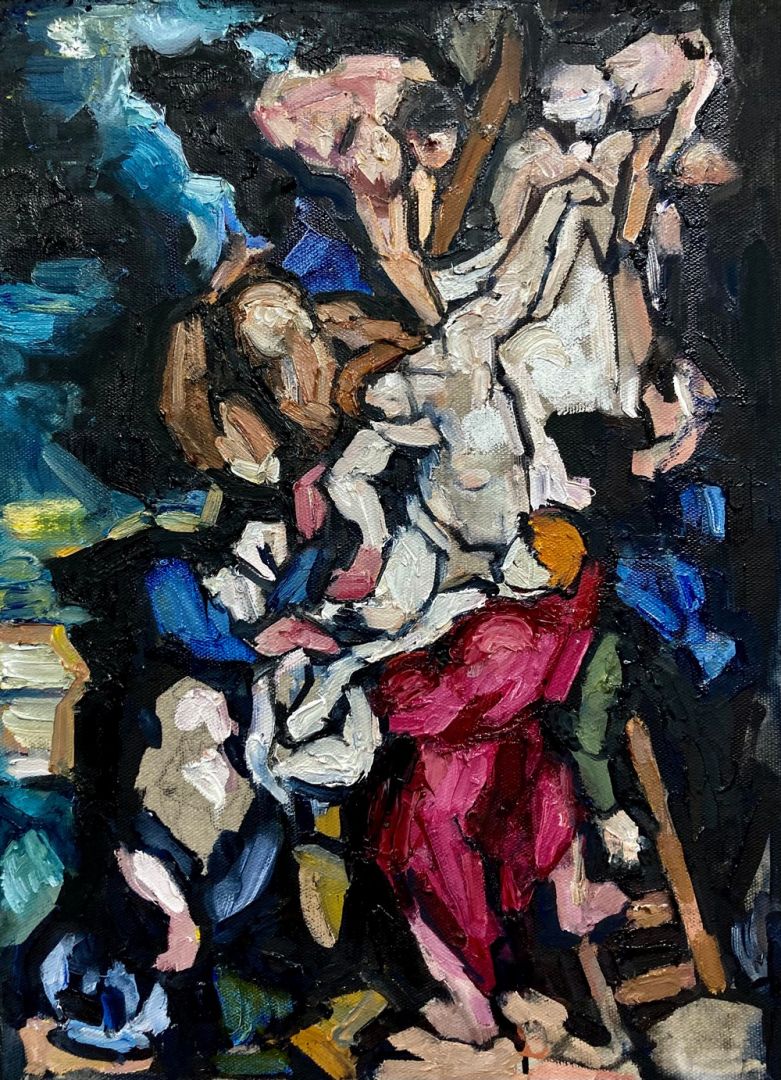 The Shoutout series is all about recognizing that our success and where we are in life is at least somewhat thanks to the efforts, support, mentorship, love and encouragement of others. So is there someone that you want to dedicate your shoutout to?
Shoutout to a most brilliant queer, Korean actor, profound singer and dedicated social justice warrior, Aury Krebs, who I am lucky to call my best friend. Aury is the most selfless, generous and absurd person I have ever met. She is my light in times of darkness. We spend most of our time blasting Tracy Chapman discussing how to overthrow the (white suprematist) patriarchy. We go on long bike rides and eat cake and Aury reads my fellowship applications at 3am for the 80th time. I seriously do not know where I would be without her. 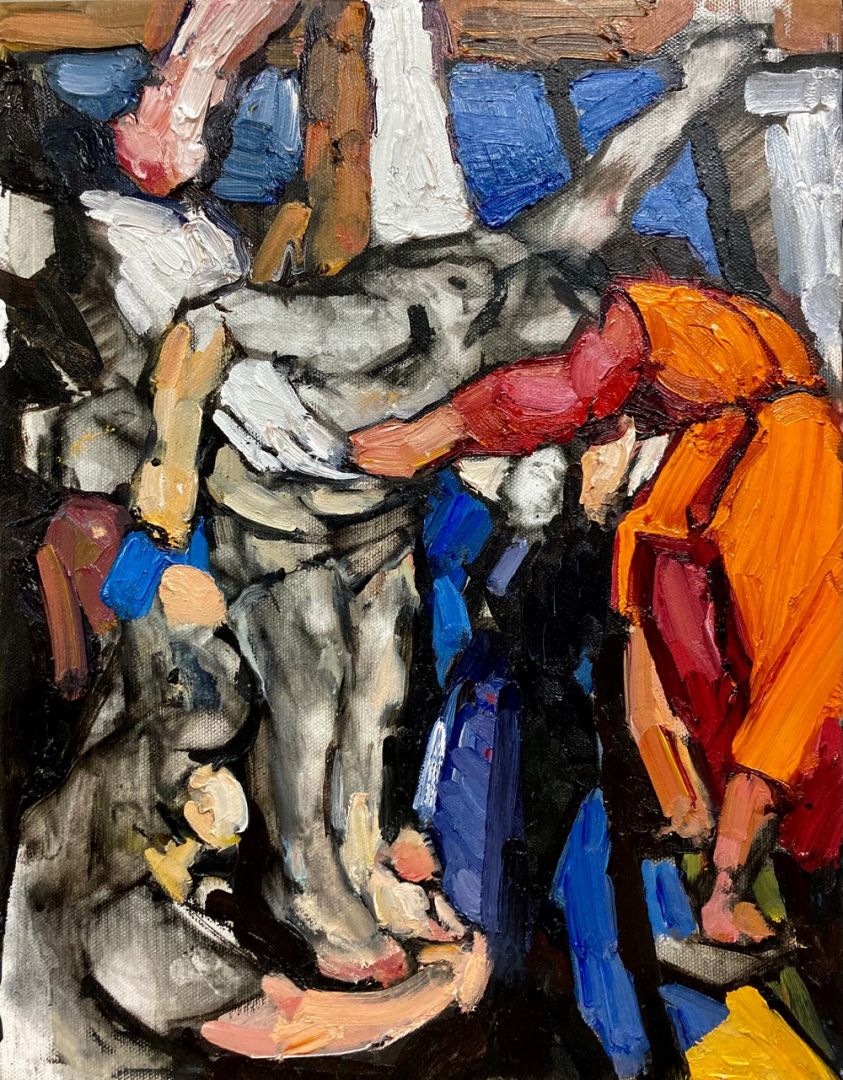 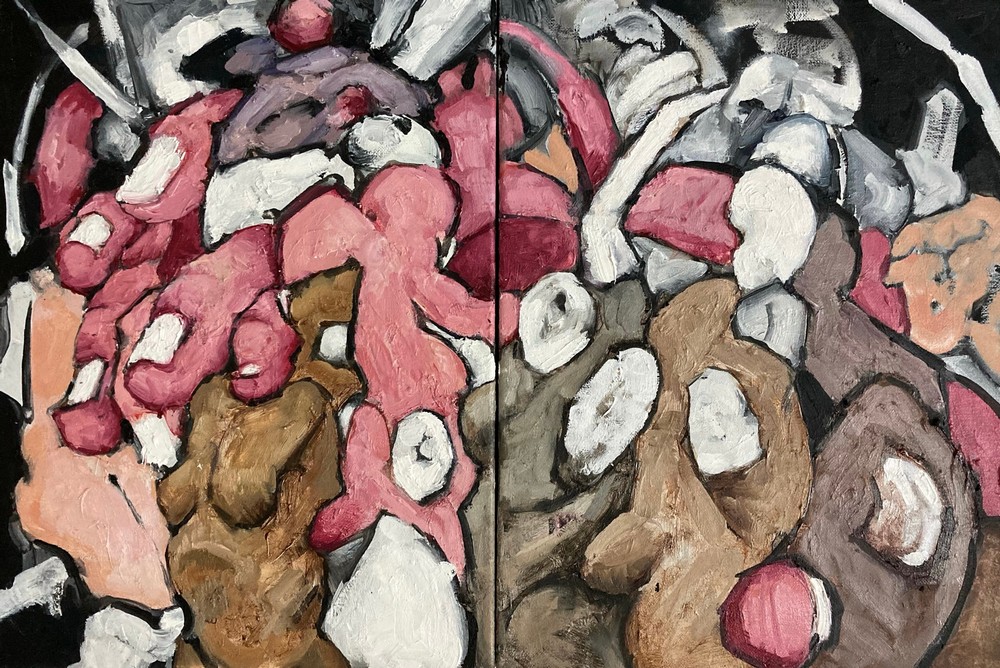