We had the good fortune of connecting with Maggie Mackay and we’ve shared our conversation below.

Hi Maggie, can you talk to us a bit about the social impact of your business?

We’re a 35-year-old iconic and beloved film hub in Los Angeles. Our Founders Patty and Cathy opened Vidiots in 1985 as an alternative video store offering access to a diverse film and media collection representative of the entire filmmaking community. Creating an equitable and inclusive film space was a priority for Patty and Cathy decades before the film industry was talking about parity and representation. Over 35 years, Vidiots became known for uplifting emerging filmmakers, and for collecting and preserving titles at risk of becoming inaccessible to the public. We eventually shifted to a non-profit model, and I joined Vidiots in 2016 as its first Executive Director. Shortly after my joining Vidiots, rising rents forced us to shutter our iconic Santa Monica storefront. When we closed, I promised myself, Patty and Cathy, and L.A. that we would somehow relaunch Vidiots. At the end of 2019, we took the first step in making that dream a reality and announced the historic but long-dark Eagle Theatre in Northeast L.A. as our new home. The Eagle was a community-centric movie theater that affordably served generations of film lovers from 1929 to 2000. While it hasn’t been easy fundraising for a Capital Campaign and a brick-and-mortar art space during a global pandemic, I remain committed to restoring and relaunching the Eagle and making our 50,000-title collection available to the public. I feel strongly that the catastrophic cultural divide we face now has much to do with diminishing human interaction and public access to the arts. I’ve seen first hand that film has the power to change lives and bring people together in spite of their differences, Vidiots is my proof positive!

I fell in love with film at a young age, thanks to my local art house theaters (Film Forum, The Quad and The Waverly, now IFC Center) in my hometown of NYC, and especially because of my local video store, the late, great Rare Bird Video in SoHo. I went to the University of Delaware for college and majored in Film Studies, thanks to two wonderful and devoted professors who encouraged me to stick with film when few women were being urged to pursue film-related careers. In my 20s, I briefly dabbled in politics, even interning for Joe Biden when he was in the U.S. Senate (his press secretary at the time hired me because he was a film lover and wanted someone to talk movies with).

I came out to Southern California for graduate school in 1999, and eventually fell into film programming through an internship at Sundance Institute, which led to a job there, as Senior Coordinator for Sundance’s-then fledgling Documentary Program. I went on to spend the better part of thirteen years as Senior Programmer of the Los Angeles Film Festival and Director of Nominations for the Independent Spirit Awards. Though I worked for several organizations, and a bit in film production, I was always happiest connecting audiences to film, discovering new work, and advocating for audiences and artists. I’ve been lucky to work at many organizations where I was empowered to do just that, but it wasn’t until I joined Vidiots that I truly felt at home. Vidiots’ mission is one I utterly and completely believe in, that I can connect back to my own life, that I see as fundamentally important to my community. I see our relaunch and future at the Eagle as a blueprint for other places around the country, many that desperately need more equitable access to art, and a return to human interaction around film. I also believe the industry must invest in and support brick-and-mortar film spaces run by women, BIPOC, and members of the LGBTQIA+ community — representation and parity in front of and behind the camera are paramount, but if we want authentic and lasting change, we also need healthy and inclusive spaces for audiences. 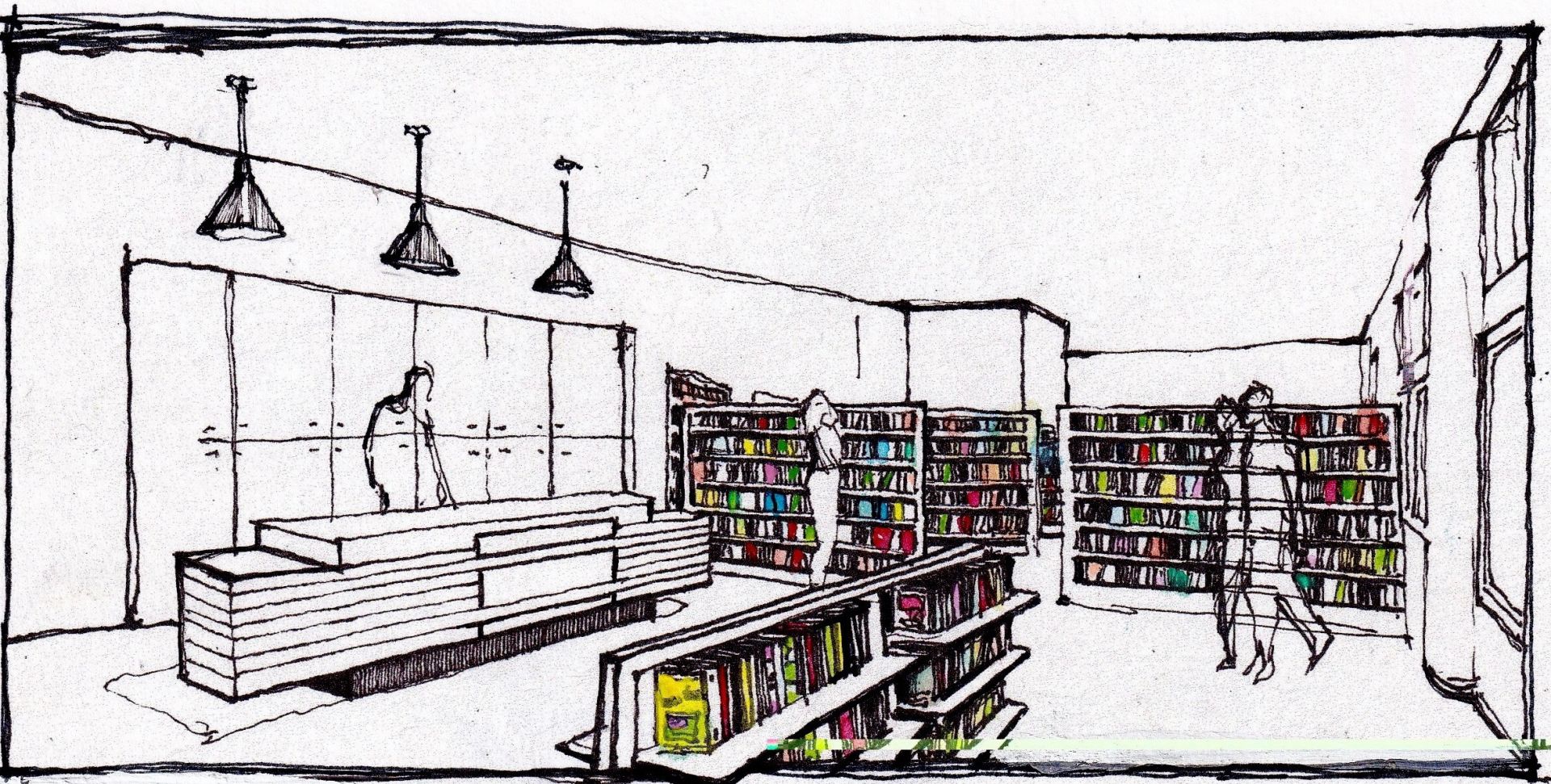 First and foremost, a beer, a browse of the video store, a bucket of popcorn, and a movie at Vidiots in 2022!

I’ve lived in L.A. for 22 years and love her through-and-through, I’ve seen many places I love close or get squeezed out because of gentrification, but there are still so many places to list, I hope they’re all holding up these days. My fantasy few days, and some of the spots I think make L.A. so special would have to include (along with a thousand tacos and lots of slow drives through the Canyons and neighborhoods) . . . a beach day at Pt. Dume, a hike in Griffith Park by the Observatory, a Martini and steak at Musso and Frank’s bar, music and mole at Guelaguetza, a visit to Watts Towers, a stroll through the Huntington, a talk or an outdoor movie in the Underground Museum’s Purple Garden, a walk around the Getty gardens, a show at our beloved Bob Baker Marionette Theater, pizzas at Folliero’s (since 1968!) and Casa Bianca (since 1955!), shows at the Theatre at Ace and the Hollywood Bowl, a drink at Dan Tana’s (where you can find a poster we made of our dear Harry Dean Stanton), a shop and stroll through Olvera Street and a visit to the Chinese American Museum, a meal at Jitlada, a screening at OutFest, opening night of a new movie at The Vista, a magical visit to the Museum of Jurassic Technology, big spends at Ameoba Music and Chevalier’s Books, a Kiddie Matinee at the New Beverly followed by a meal at El Coyote, for the out-of-towners a studio tour at Paramount, chicken and waffles at any Roscoe’s in town, take-out from Zankou Chicken. And don’t get me started on the bars (I really miss bars) — The Frolic Room, Tiki Ti, Verdugo Bar, a night at the Dresden with Marty and Elaine (I’m thinking about them a lot right now). I could keep going, she’s one of the greatest cities in the world. 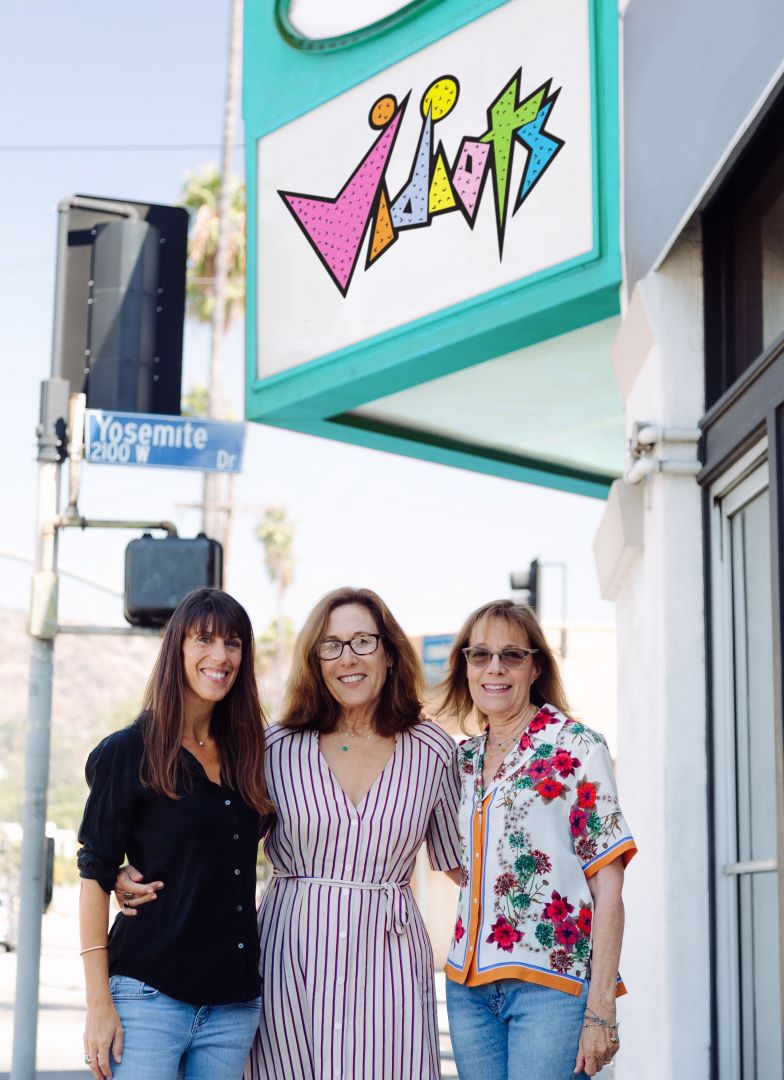 Who else deserves some credit and recognition?
Our Founders Patty and Cathy are my North Star — they opened, operated, and grew one of the most impactful and beloved art spaces in L.A. Not only are we still around, but we’re expanding our collection and mission, and we remain one of the few brick-and-mortar film spaces in L.A. founded and helmed by women. I’m also endlessly grateful for and remain in admiration of our video store community around the world. While many have closed, independent stores like Videotheque in South Pasadena, Beyond Video in Baltimore, Scarecrow Video in Seattle, Movie Madness Video in Portland, and Videodrome in Atlanta (to name only a few), continue to fight the good fight for film lovers old, new, and yet-to-be, and for the filmmaking community, which can only truly thrive if we maintain human interaction around cinema. 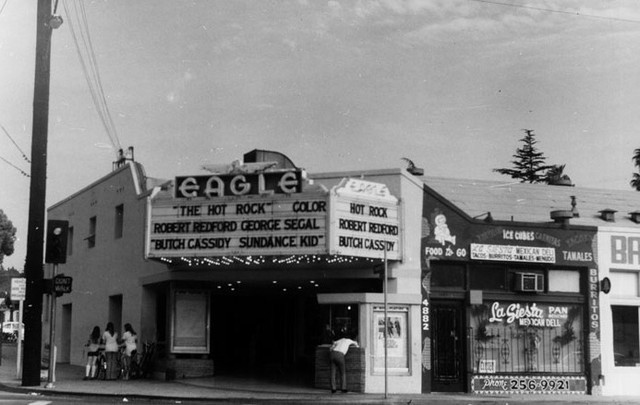 Meet Charlotte Ruiz: Actor/singer and teacher (Have my own web series)