We had the good fortune of connecting with Mai Amalie Bak and we’ve shared our conversation below.

Hi Mai Amalie, what’s one piece of conventional advice that you disagree with?
Advice like “don’t sweat the small stuff” and “don’t over-think it” definitely comes from a good place, but personally, I think there’s a lot to be said for over-thinking. I’ve always been an over-thinker, and I used to think of it as a weakness that I should work on and try to change, especially because people would always tell me that I’m too anxious and that I think too much.

I’ve decided to embrace it instead, because I’ve realized there’s really not much I can do to change something so fundamental about myself. And it’s nice, because when it comes to film producing, being an over-thinker is actually very useful. Your job as a producer is to come up with creative and logistical solutions to a million different challenges or problems, think out everything that could possibly go wrong, and then make contingency plans for all of those things. Even then, problems you never could have predicted inevitably will come up, so the more scenarios you have covered, the better.

I am, by nature, pretty excellent at thinking out everything that could possibly go wrong, so if that’s useful to my job? That’s awesome. What’s great about filmmaking is that such a collaborative process, where everyone brings something different to the table. I absolutely love working with creative people who are more impulsive and free-spirited than I am, and it serves as a natural reminder and lesson (without anyone needing to tell me) that I don’t have to always “sweat the small stuff” too much… even though I definitely still will.

So, I guess my advice to over-thinkers is: instead of trying to “fix” your over-thinking tendency, try to channel it into something useful. Having a “what if…” mentality can actually be what makes you a valuable member of a team. 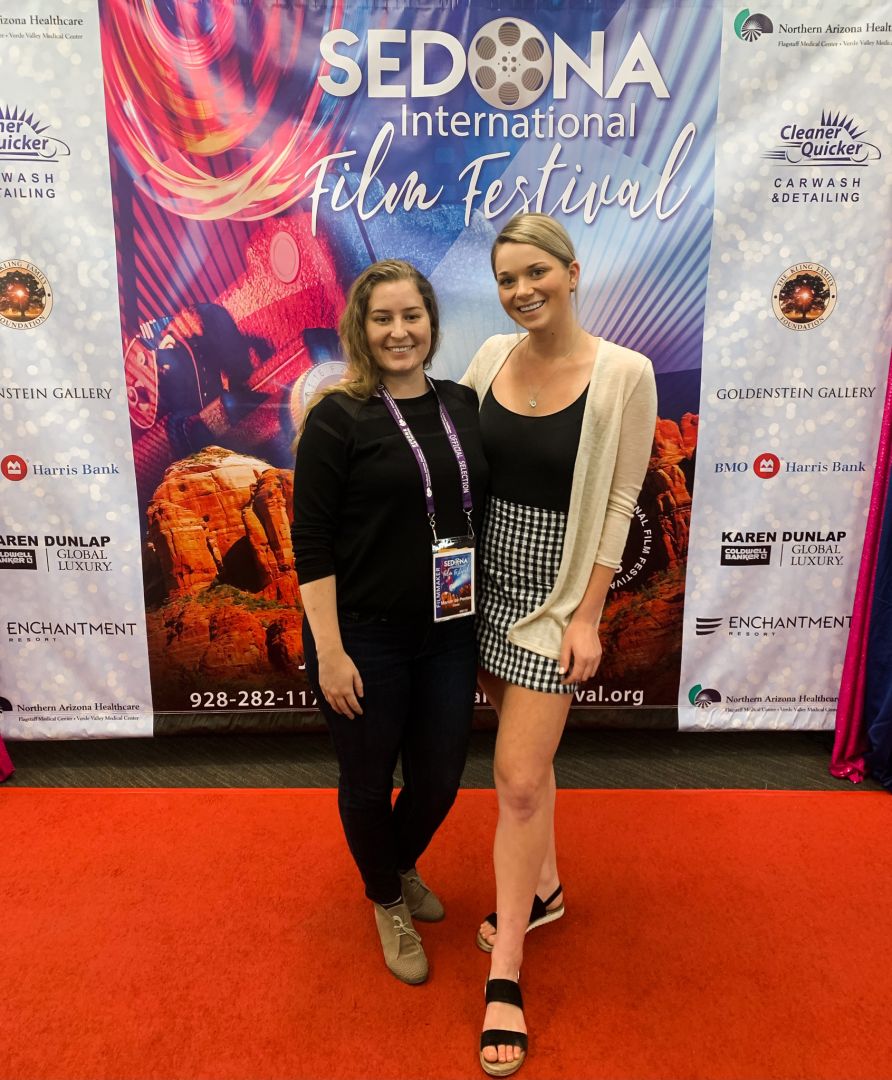 Let’s talk shop? Tell us more about your career, what can you share with our community?
I’m an executive assistant at a production company called de Lamorondiere Rock Productions, where we’re in post-production on a documentary about seven Jewish siblings who were hidden during the Holocaust. It sounds like it’d be really sad or hard to watch, but it’s really about the absolute best parts of humanity shining through in really dark, awful times, so it’s a wonderful project to be a part of.

Outside of my job as an assistant, I’m currently in pre-production on a short film which will shoot in November. It’s an experimental film with lots of interesting and exciting production challenges. It’s written and directed by someone I’ve wanted to work with for a long time, so I’m very excited about it.

I also currently have a short film on the festival circuit. The film is called Etana, and it’s about a teenage soldier who has to decide whether to stay with the rebel group that kidnapped her as a child or attempt a dangerous escape. Most recently, the film screened at Sedona International Film Festival, which was the first festival we got to attend in-person. We screened most recently at the Cordillera International Film Festival in Reno, where Etana was nominated for the John Singleton Impact Award. It was a huge honor to be nominated for an award that celebrates the legacy of such an incredible filmmaker.

If you had a friend visiting you, what are some of the local spots you’d want to take them around to?
I live in Laguna Niguel in Orange County at the moment, which is still crazy to me because I used to go on vacation with my family in Dana Point every year, which is the next town over. It was the ultimate vacation spot for my family, so it’s really weird to actually live here now.

I moved here in July 2020, and have honestly only recently started leaving my house again within the past few months, so I don’t think I’m necessarily an expert on the area. But if someone were to come visit me, I’d definitely start by taking them to Laguna Beach to get gelato at this place called Dolce Gelato. I think there’s another one that’s more popular, but I’ve been there, too, and still think Dolce Gelato is better. They make their own waffle cones, and they’re amazing. From there, you can walk around and look at all the little galleries and interesting shops and even go sit on the beach if it’s not too crowded (although it usually is).

I’m a huge fan of stand-up paddle boarding, although my favorite version of paddle boarding is to go with a couple of friends, paddle to wherever the water is still, link our boards together with our paddles, and just sit there and talk for an hour. So, I guess I highly recommend sit-down paddle boarding; it’s very fun.

One of my favorite local places to eat is The Schwack Beach Grill in Dana Point. They have an amazing menu with all different kinds of food, including tacos and sandwiches, but my favorite thing on the menu is their turkey burger with apple/cranberry compote and arugula. Instead of fries, they have these things called “Shwack Spuds” which are like fried potato pieces – not exactly wedges, but also not fries – I dream about them often. 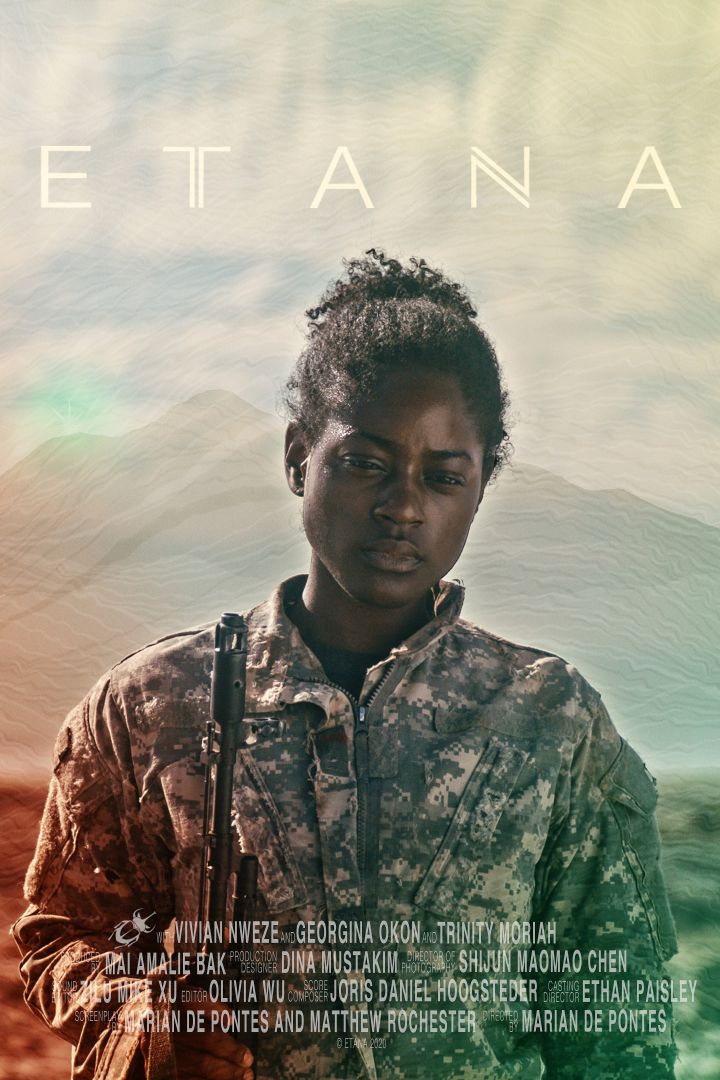 The Shoutout series is all about recognizing that our success and where we are in life is at least somewhat thanks to the efforts, support, mentorship, love and encouragement of others. So is there someone that you want to dedicate your shoutout to?
I have so many people in my life who deserve a shoutout, but at the risk of sounding cliché, I want to give mine to my parents. They’re back in Denmark (where I’m from) and I’m all the way over here, but I talk to at least one of them almost every day.

My mom is the person I talk to about my in-the-moment thoughts and experiences. Like I said in my answer to the panel question, I’m an over-thinker, so my thoughts get really jumbled. When that happens, I either write about it or call my mom. Talking to her helps me form opinions and decide how I actually feel about things when I can’t do it in my own head. She’s super smart and brutally honest, so her advice and opinion means a lot to me.

My dad is the one I go to when I’m thinking about long-term plans and career-related things. He’s very measured and calm, so talking to him whenever I’m facing difficult or big decisions definitely helps me take a step back and breathe. He has also taught me a lot about work/life balance – not overtly, but just in watching the way he manages his time. He has always worked very hard in his career, but he also coached my soccer team when I was little and never missed my swim meets. As an adult, I can see how conscious those choices were, and that’s something I always keep in mind – that it’s possible to be successful in your work while also giving time and attention to the people in your life.

It’s fun to actually become friends with your parents as you get older, and I’m really grateful to have such a tight bond with both of mine, because I know not everyone has that. It sometimes feels crazy that I chose to live so far away from them when they’re such a huge part of my life. At the same time, I love that despite the distance and the fact that I’m an adult, they’re probably the two people who know me best, right down to the little things I deal with on any given Tuesday.

In addition to what they do for me now, they’ve always encouraged my love of stories and supported me in the things I wanted to do, no matter how unusual it seemed to them or how far away it has taken me. Even when I haven’t been all that confident in myself, I’ve always felt their confidence in me, and that has been so important in moments when I’ve felt unsure.