We had the good fortune of connecting with Malado Francine and we’ve shared our conversation below.

Hi Malado Francine, we’d love to hear more about your end-goal, professionally.
Being an artist is one of those careers you never really retire from- rather, it is both a way of living and seeing the world. This means that if you’re lucky, you get to do it your whole life.  The true joy of living an immersive creative life is that you always have an outlet. Making something can bring so much joy in the moment, that you can always find happiness no matter what else is going on.

In the end, I’d like to know that I have touched people’s hearts through my connection to them personally, and through the artwork that I have made. Specifically, that I have created works of some value or importance – which, in turn, could mean collected by museums and other institutions, shown and shared in online and offline spaces, or just truly loved by one person. Ideally, I would like to know that my artwork is interesting and heart-touching enough to be protected and conserved for posterity. Being appreciated in your life, then also remembered beyond your lifetime, for your positive contributions to humanity~ that is the ultimate goal.

If my hands and eyes work, I will make art until the end- unless the art world becomes so untenable, then perhaps I’ll quit like Duchamp did, and just play chess, or look at the trees. 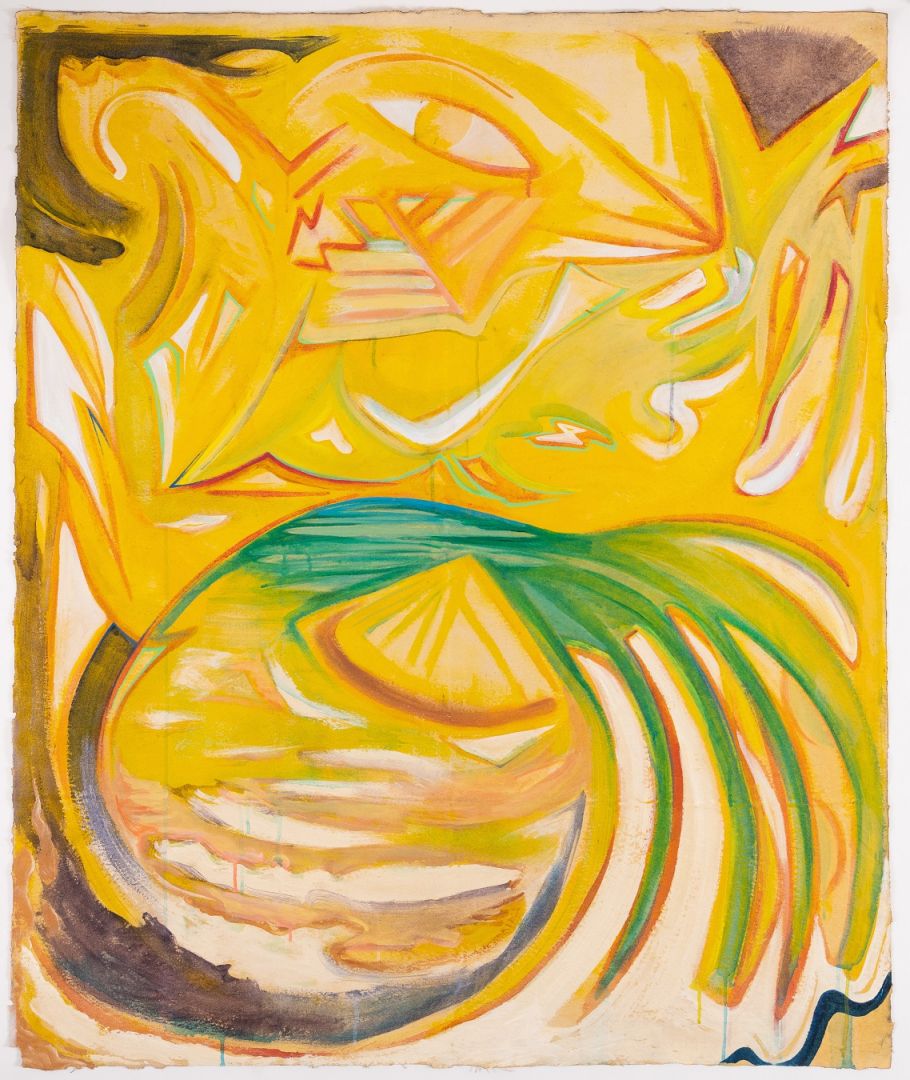 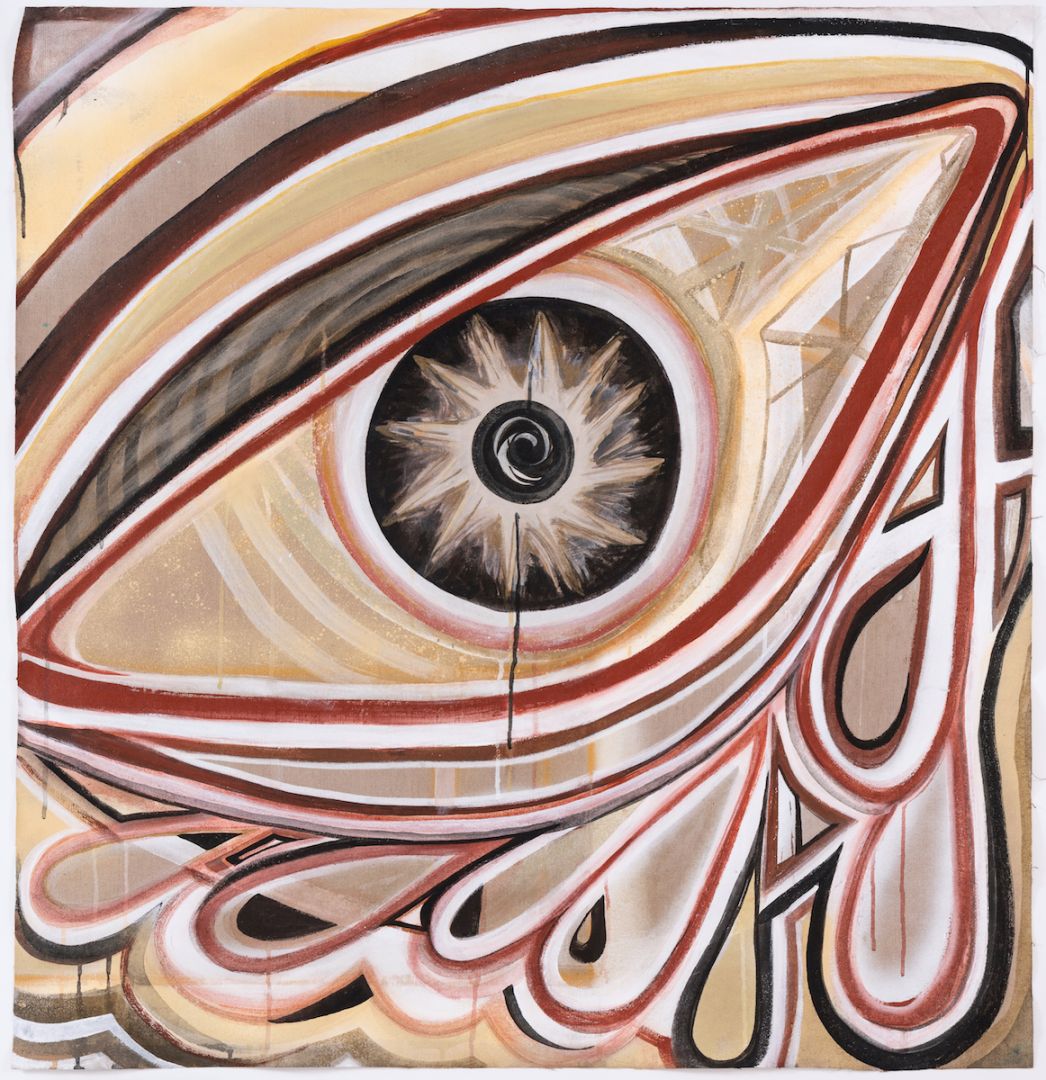 Alright, so let’s move onto what keeps you busy professionally?
In 2020 I began a new series called: “All Eyes on Mars.” The work is an exploration of what it means to observe others and to be seen primarily within the digital limits of online interaction– alongside a fascination with the recent space discoveries of new worlds and multiple missions to Mars. Twenty-three cameras are mounted on the Perseverance rover- and from those cameras to our homes- perhaps millions of eyes are watching those cameras. This disembodiment of experience: remote learning, one could say- is echoed in our current lifestyles as we sit behind our screens for our limited human contact during a worldwide pandemic. Dreaming of Mars almost seems like a necessity.

The missions to the red planet evoke promises of hope through the signs of potential ancient terrestrial life, perhaps as cautionary tales- next to the dire consequences of climate change and social unrest on our planet Earth.  The series title is also a play on words, as Mars is the planet of people born in March and April in Aries, my sign. I adopted NASA’s wording: ‘Perseverance joins Curiosity on Mars.’ as my new tag line… both of these words: perseverance  and curiosity, define my life as an artist and a human.

The paintings, pop-up collages, and animated giffs in the series move between the worlds of landscape, abstraction, figuration, science and mythology- between joy and optimism, fear and concern. They are a continuum of the art that I was making in the 2010’s, “Anticipated Ruins,” which speak to impending climate change, desertification, and a revelatory love of the planet on which we live.

As an artist and intuitive, I’m always juggling what I feel with how to express it. Art-making is a constant re-defining; an adopting and adapting to new circumstances and ideas. History is a collaborative project. Art meets in spaces both in the real world, and in the imaginary. Artwork is special as it combines all these possibilities, and allows for the perpetual invention of new stories and voices. 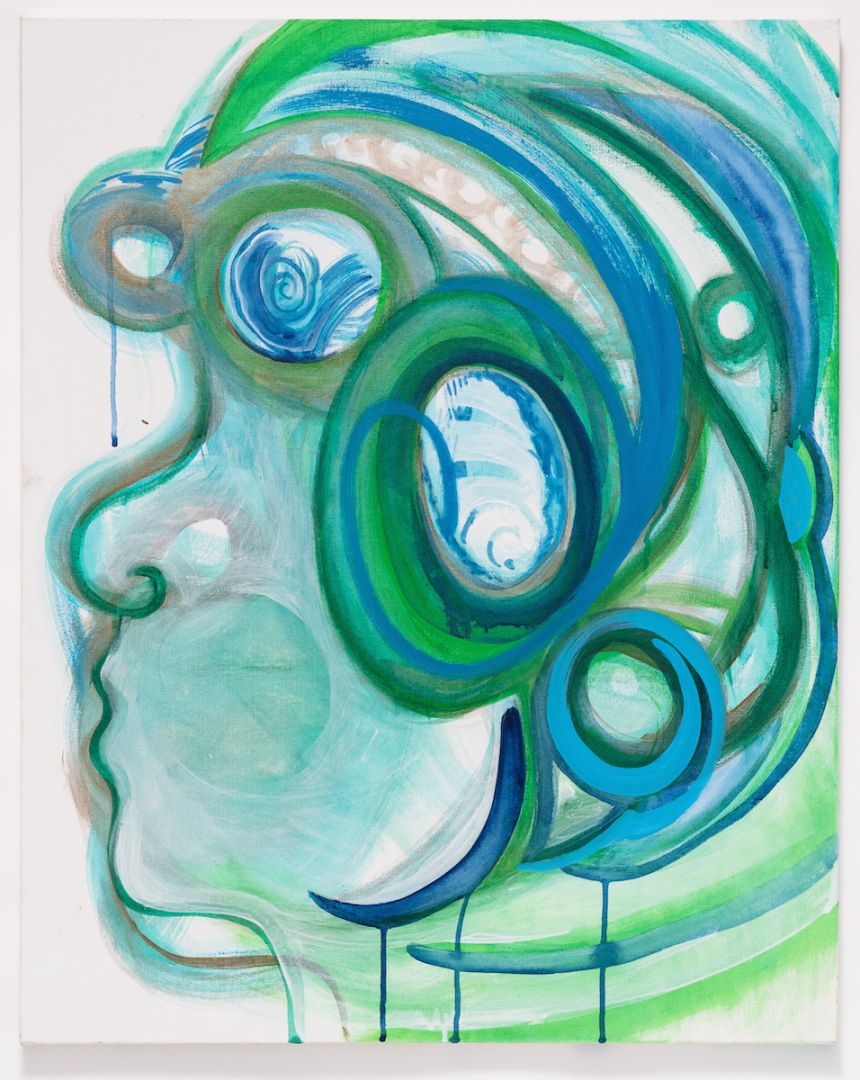 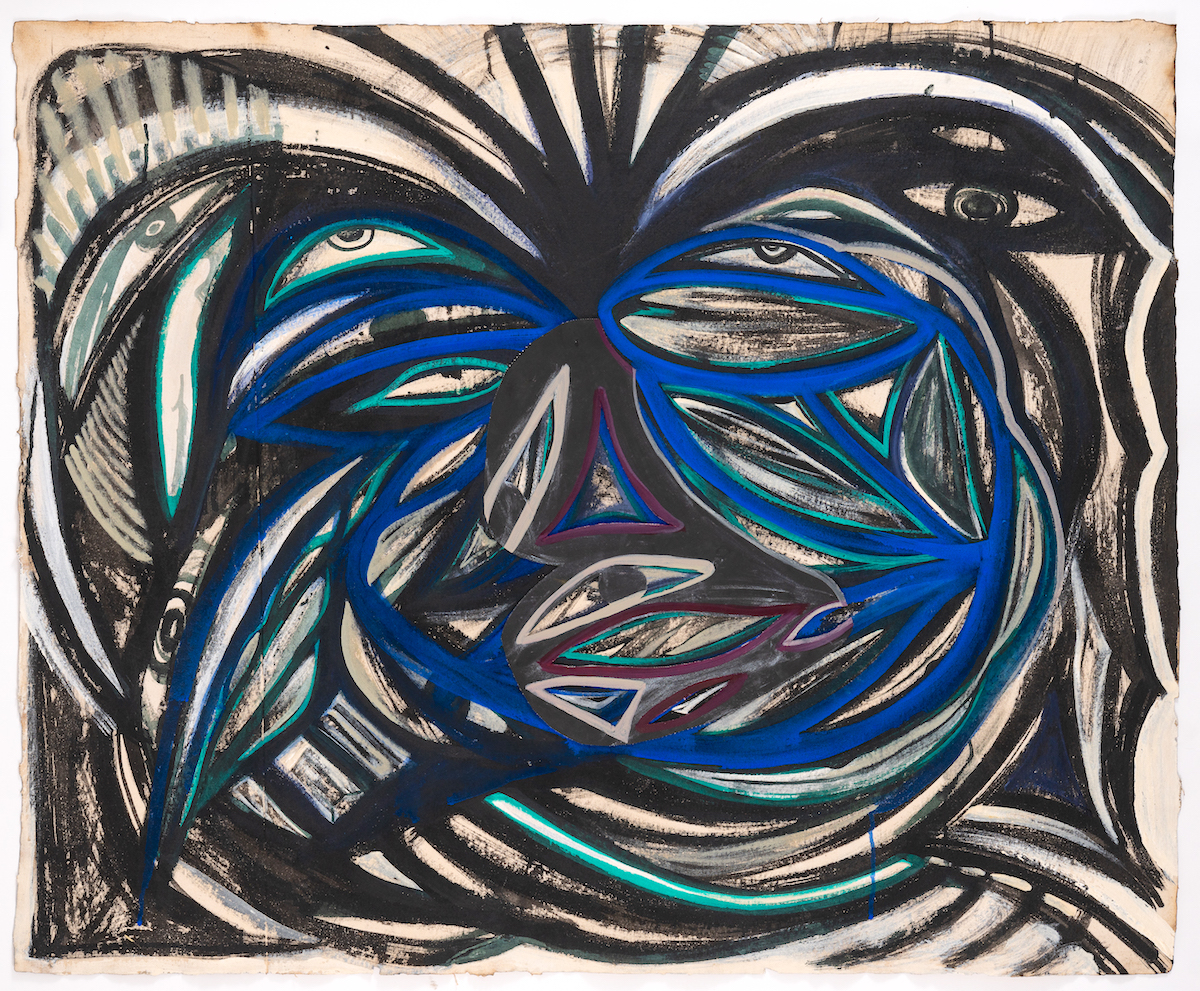 Let’s say your best friend was visiting the area and you wanted to show them the best time ever. Where would you take them? Give us a little itinerary – say it was a week long trip, where would you eat, drink, visit, hang out, etc.
I love LA’s various neighborhoods and the choose-your-own-adventure feel of the city. I have enjoyed Griffith Park and the Angeles Forest for hiking and meet-ups over this past year while we socially distance. I recommend the neighborhoods of West Adams, Culver City, and DTLA for gallery viewing. To escape the city, I recommend Lake Arrowhead for a Pacific Northwest vibe, Ojai for a sweet retreat in the mountains, and Joshua Tree or Palm Springs for an oasis-in-the-desert feel. We are so lucky to live in Los Angeles and have art, culture, and nature so accessible. 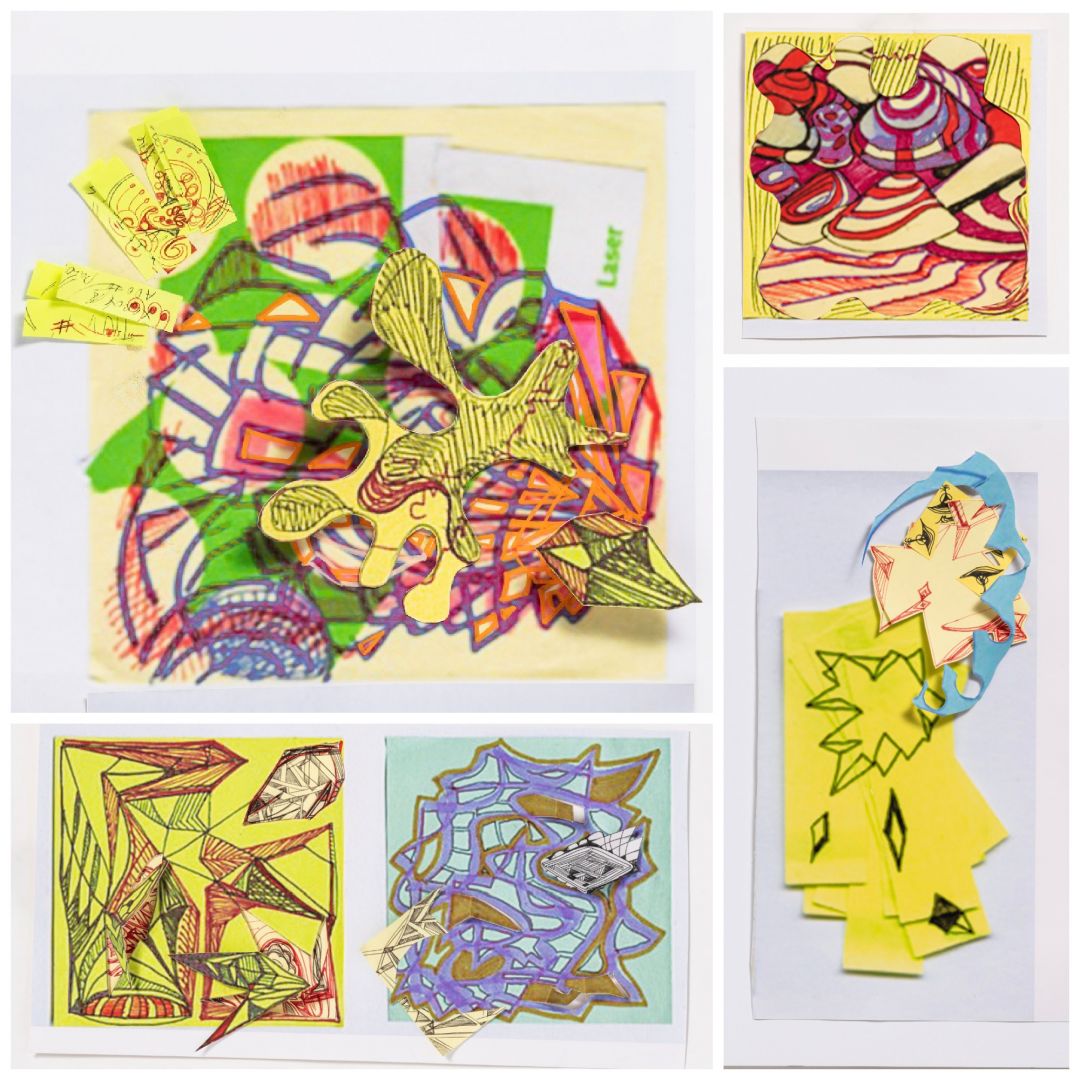 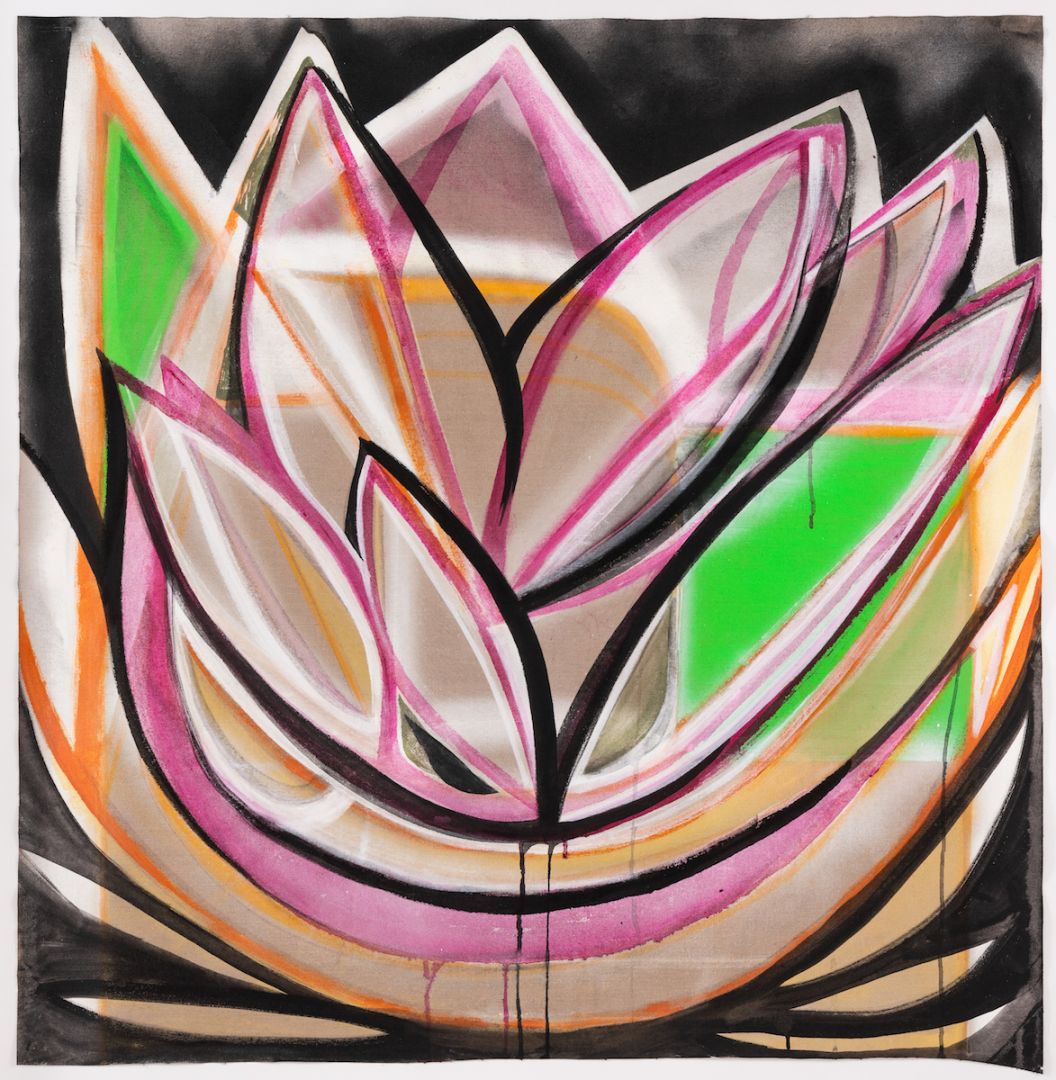 The Shoutout series is all about recognizing that our success and where we are in life is at least somewhat thanks to the efforts, support, mentorship, love and encouragement of others. So is there someone that you want to dedicate your shoutout to?
In Los Angeles early on I had the support and mentorship of female peers in the art world. I moved here in 2013, and the art scene was very different than where I went to school in New York. It felt like I had to start over- even though I had been showing for more than a decade. So, I had to find and build new communities, and the most welcoming were those that encouraged and privileged the work of female artists.

Some of the best advice I received came from a college peer, the artist/entrepreneur Alexandra Grant. She encouraged me to join and create like-minded groups, recommended me to a few art spaces, and mirrored my thinking on art, life, and spirituality meeting. One of the most generous people I have met in LA is the artist Nancy Evans, who recommended me for this article. She is always forwarding me opportunities for shows and grants. I like to do the same for other women and artists I know.

Early on in my LA chapter I co-founded The Association of Hysteric Curators, a fluid inter-generational group of women that privileges conversations and topics that empower and educate. I also joined the Berlin Collectiv, an initiative by the artist Nicole Cohen, which organizes shows and happenings all over the world. I met some great people through critique groups and events at the Women’s Center for Creative Work, Feminist Fridays, Maiden LA and Everywoman Biennial events, and online platforms like Black Artists in LA (BAILA). I also found a wonderful community through the Philosophical Research Library in Los Feliz. Through the encouragement of the Vice President, Kelly Carmena, I exhibited a show of sculptures there in 2019.

One interesting project that I became involved in is Micol Hebron’s Gallery Tally Project, which came to my attention through the composer Katherina Rosenberger. Not only did I participate in this project, but I became even more acutely aware of the gender disparities in galleries, museums, and in the press. What I once thought was just a personal path of struggle, instead became a larger awareness of the hurdles in the paths of all female artists. I believe Hebron’s work perhaps inspired a lot of the more recent conversations around gender issues in the art world, which now feel like the norm to talk about.

As I became more familiar with the art world here, I watched initiatives sprout up and even flourish, like the Women’s Center for Creative Work (WCCW), The Artists Office, and so much more. What is interesting is how quickly and radically conversations about equity in the arts have become mainstream and even trendy through the help of platforms like Instagram. It is super exciting to see these younger women take the ball and run with it! Until there is truly gender, race, and social equality in the art world, we will need groups like these.

Image Credits
Photo of the artist in her studio by: Vincent Wrenn @frame_lines Artwork photography by: Elon Schoenholz