We had the good fortune of connecting with Manny Liotta and we’ve shared our conversation below.

Hi Manny, let’s start by talking about what inspires you?
I’m inspired by cinema, by the way you can capture life through a digital memory recorder, by colors, by style, by substance, by richness. I’m inspired by music and how human beings cope with life through music. I’m deeply inspired by human connection, why people talk to one another, connect with one another, the way we as a species love and need to love for solace. I’m inspired very much by youth and what it means to be young and want the world and how to get grasp on that and to be lost. Music, movies, night lights, paintings, words, images, objects all truly inspire me more so than anything else. 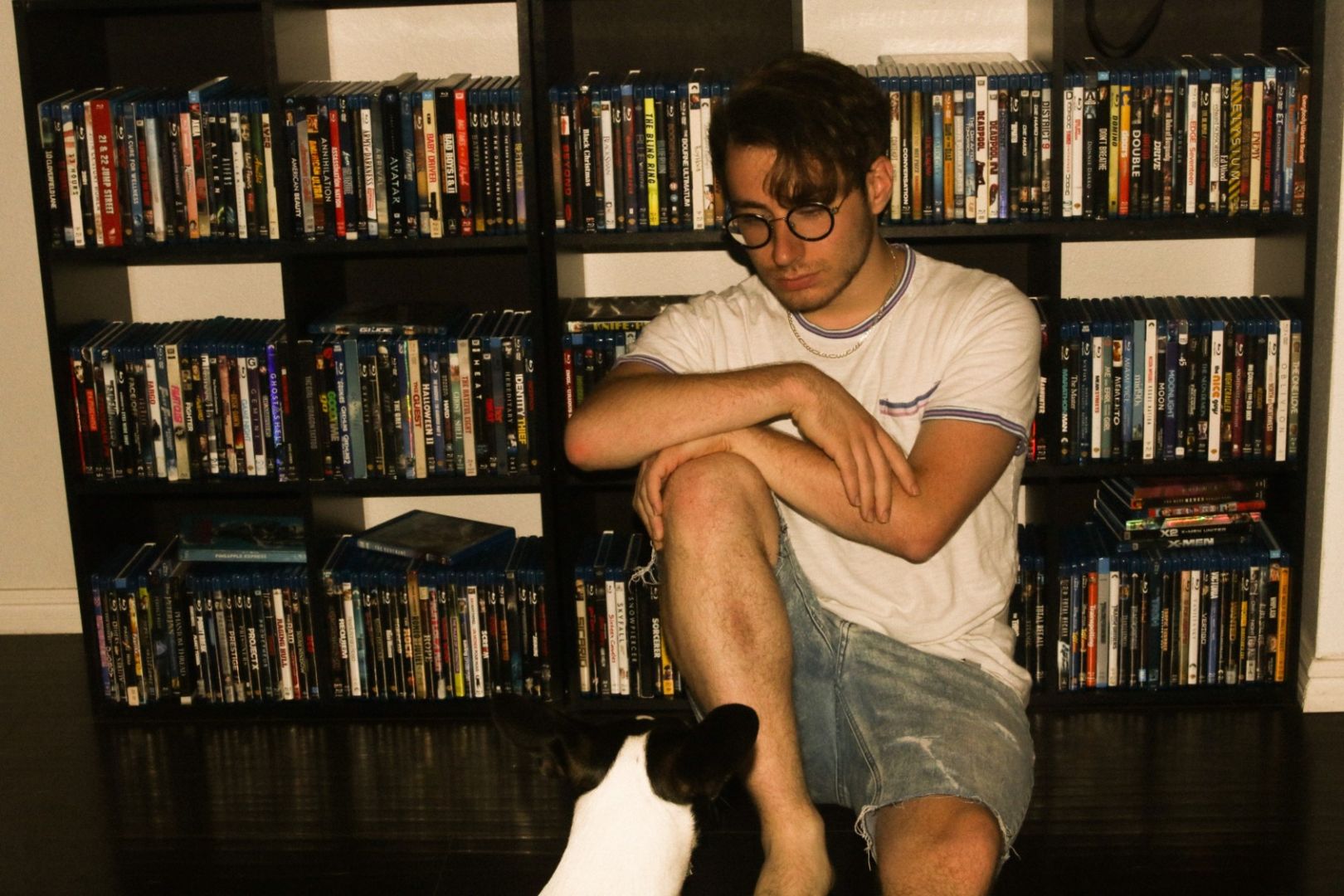 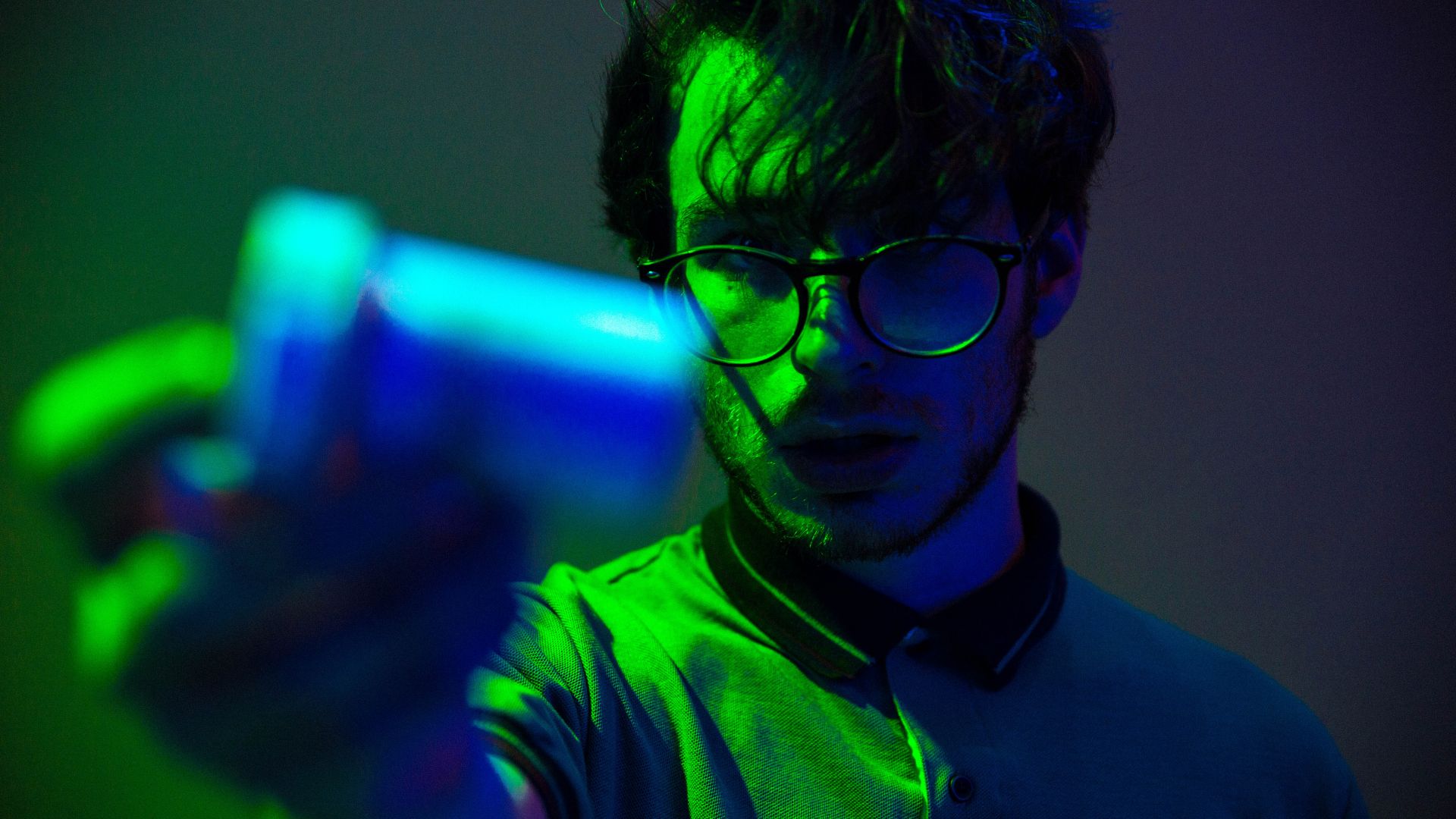 Let’s talk shop? Tell us more about your career, what can you share with our community?
I’ve been an actor in the Cleveland, Ohio area throughout my entire life. Being a 2nd, 3rd, 4th grader and performing in theater shows with kids my age and grown adults had a serious impact on my view of the arts and the craft of the arts. From an early age I was extremely self aware at how the world operated and what exactly I wanted and needed to do. A major experience for me was being in 6th grade and winning a speaking role in the film “FUN SIZE” that was filmed in Northeast Ohio. Being on a film set that big and that intense at that early age really changed my life in every way, I knew that THAT is where I wanted to be forever and ever.

I’ve been extremely passionate about movies my entire life as well; more so than acting. Baby photos have indicated I had a massive obsession with VHS tapes and TV’s. The transporting of another reality through a story on screen provoked me and intrigued me so much that I became devoted to film as an art form at a very young age. When I wasn’t acting, I was watching films. Eventually I realized acting wasn’t sufficent enough to fulfill my creative desires especially in the realm of being apart of the filmmaking world. Rarely did I get roles for film or TV so I decided to firmly learn on my own how to write screenplays and direct short films of my own and study cinema as much as humanly possible, devoting my entire time and energy to the art of cinema.

6 years later and many, many, many, many, many, MANY movies watched since I have found a confidence and workflow in directing, editing. writing, producing and of course acting that has shaped my own unique voice in story telling. One of the first short films I wrote, “Shy Of Midnight” was produced and made by an amazing team of creators in Ohio, (Garage Creative). Since then I have created my own brand, PARTYINFILM, to backdrop my films into and have set up my own mini world of moviemaking. I have written close to 15 short films and have directed over 8 of them including my freshly finished short that serves as a proof of concept for a feature film, NIGHT SURFERS, about a group of young men who seek out petty crime in a night full of angst and egos. Currently I’m in the midst of filming another short film, PETALS, about a young woman on the streets of Los Angeles who sells flowers and what happens when dreams and aspirations take over one’s self. I do every job I can on the sets of these self made short films (including acting in them, of course!), but ultimately I do collaborate with some amazingly young, hungry, talented people that have changed my life and the face of the films including my longtime friend Logan Powaski who has shot and lit a lot of my projects. I have also written 7 feature length screenplays that I desperately want to make very soon including, GODSTAR, about the last day of summer school for a massive group of degenerate teens who turn their first day to night of Summer into a whirlwind of chaos. I am so eager and so ready to step up the ladder and make a feature film so we shall see what the future holds in the coming year.

I realized in the last 3 years that permission is not needed to make your own movie anymore. No one can stop you, money can’t hold you back, and people certainly can’t. In the digital age of today, it is more than easy to make a movie, feature films can be made under $20,000 and sell at Sundance or other festivals for much more. What separates myself (and many colleagues and friends of mine that I respect and admire) is that we all come from an understanding of the history of film and love of film, devouring as many movies as our eyeballs can handle and being countlessly inspired by the history of the art form.. It seems in the digital world of today and the importance of what people call “CONTENT” , there is a massive decline of directors and creatives who brush off film and the last 100 years of cinema as unimportant as they jump into their creative ambitions. This is not only heartbreaking but it is why I believe the quality of entertainment has been so low.

The bar for creating is so easy that people want to do the bare minimum and dare not to experiment or try to be different and when different is apparent in art it is not taken upon lightly by people it seems. My goal is to take this immense and deep love of cinema I have and transfer it to a new wave and new way of making movies in this time that will inspire and usher so many other people just starting out in their creative careers to try that much harder, work that much longer, and chisel that much deeper into whatever it is they are working on. 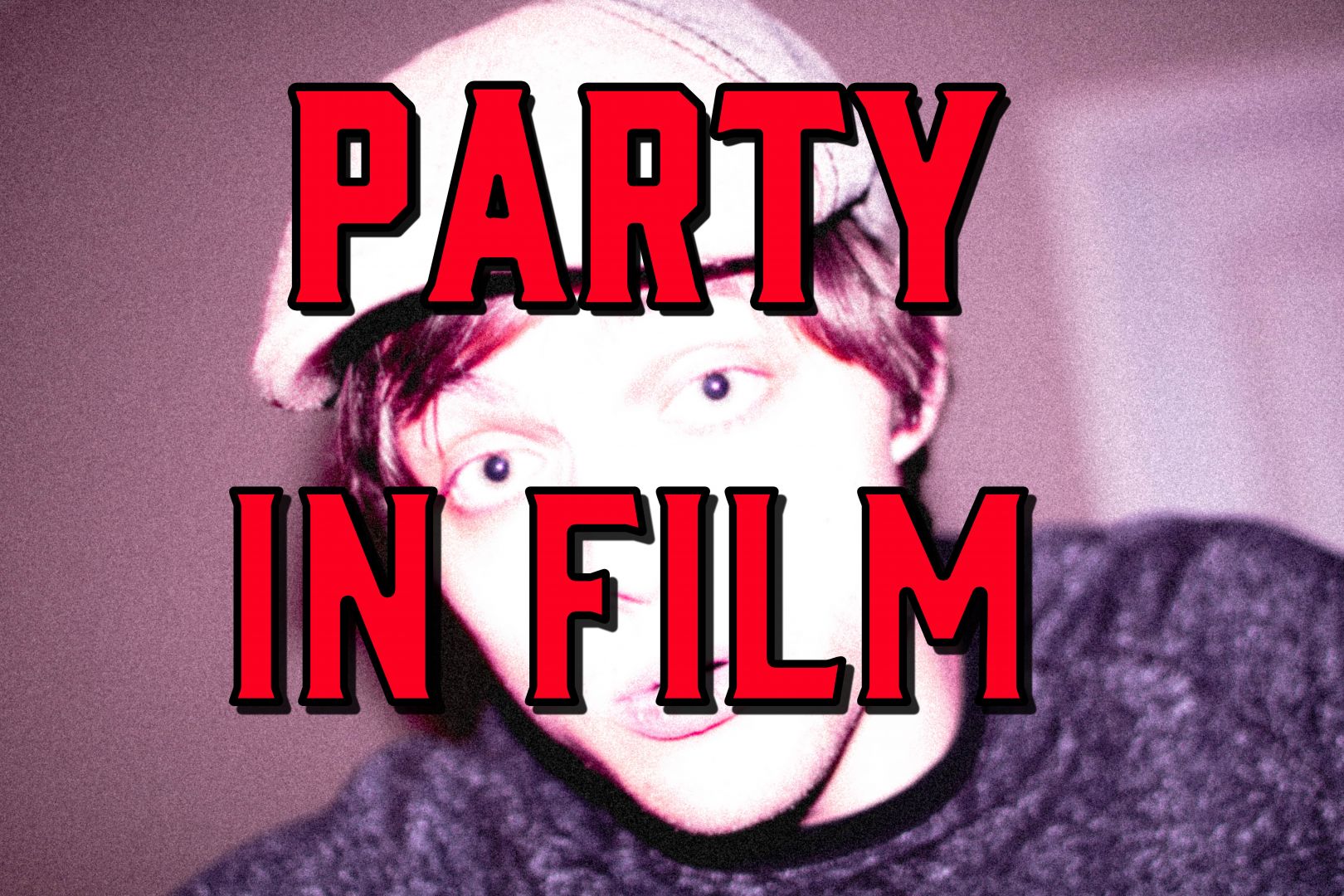 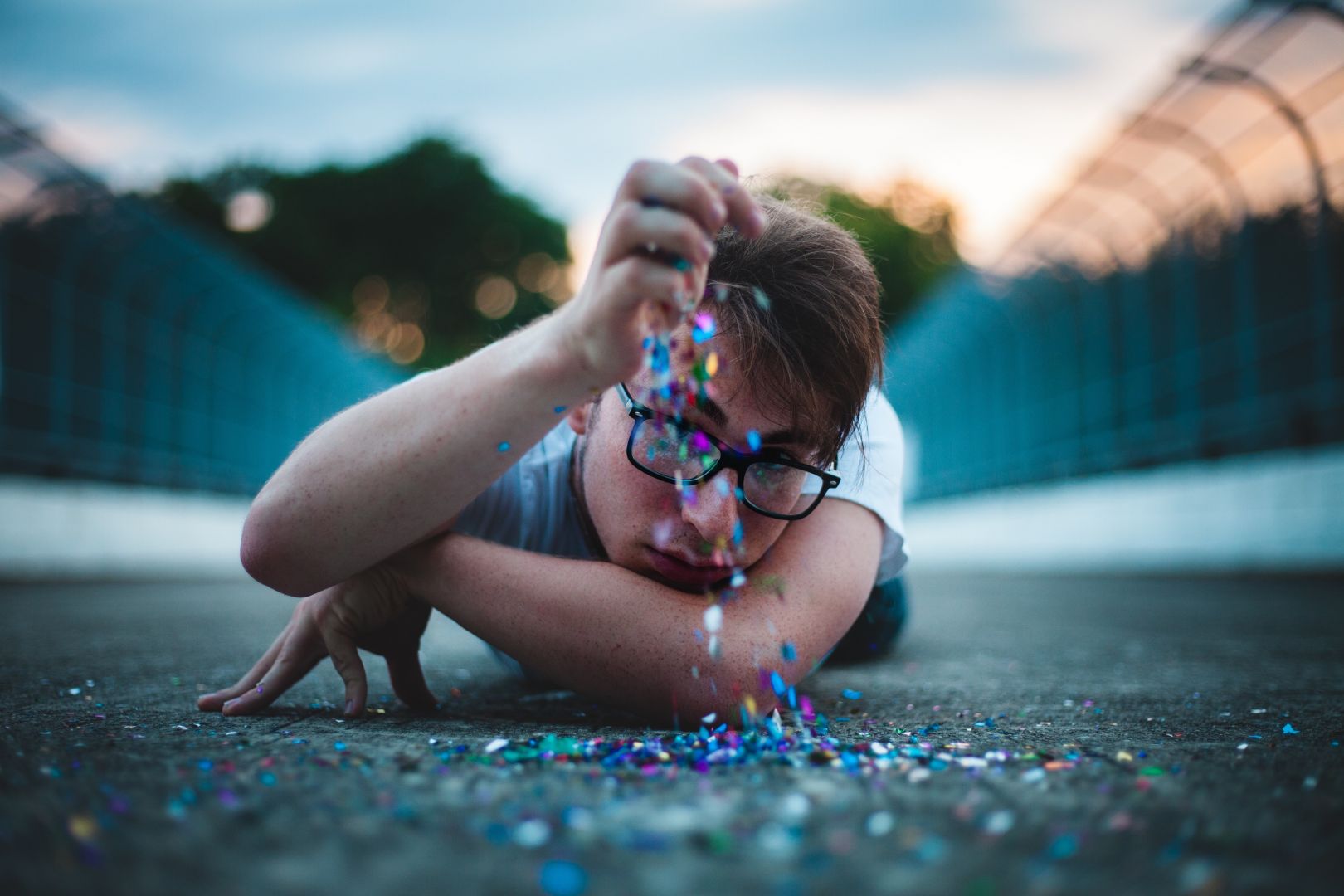 If you had a friend visiting you, what are some of the local spots you’d want to take them around to?
The first place I think of taking anyone that visits is Quentin Tarantino’s curated repertory theater, “The New Beverly Cinema” in West Hollywood. The theater has a pageantry and energy all of its own and the presentation of the films they show are breathtaking and only shown on 35mm film prints which feel unlike anything else. I’ve seen countless films there that I have watched religiously at home and it feels like the 1st time I’m watching them when I’m in the theater seat. The patrons and communal love of watching movies feels so alive there, there is truly no where else like The New Beverly. I may have intentionally moved into an apartment 7 minutes away within the last month so I can be there whenever, however.

I collect Blu-rays and physical media religiously so naturally I take anyone that visits to Amoeba Records in Hollywood. Never have I seen such an eclectic amount of both films to purchase but CD’s and Vinyl and so much more. It is such an overwhelming experience going there, repeated visits and purchases are a must. It is seemingly one of the last MASSIVE stores that sells physical media and as an avid collector of them, it is a safe haven.

Bobs Big Boy in Burbank is another safe haven for myself and many people that stay with me when they are here. The burgers are breathtaking as much as their signature Chocolate Malt as much as their classic 50s diner aesthetic that still feels so rich with history. A hero of mine, David Lynch, has said to have eaten their everyday for years as a creative sugar rush outlet of his and I understand 100% what he meant. Coffee and Ice Cream and French Fries. Yes. 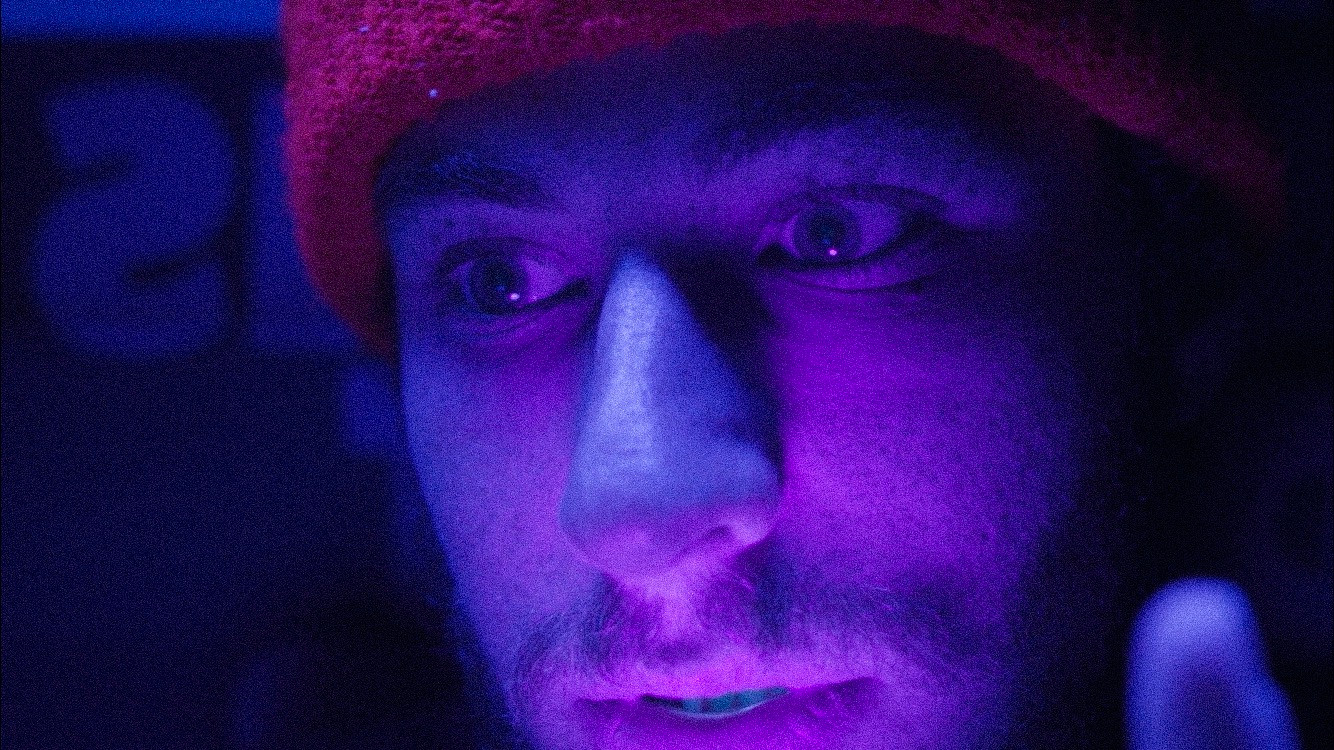 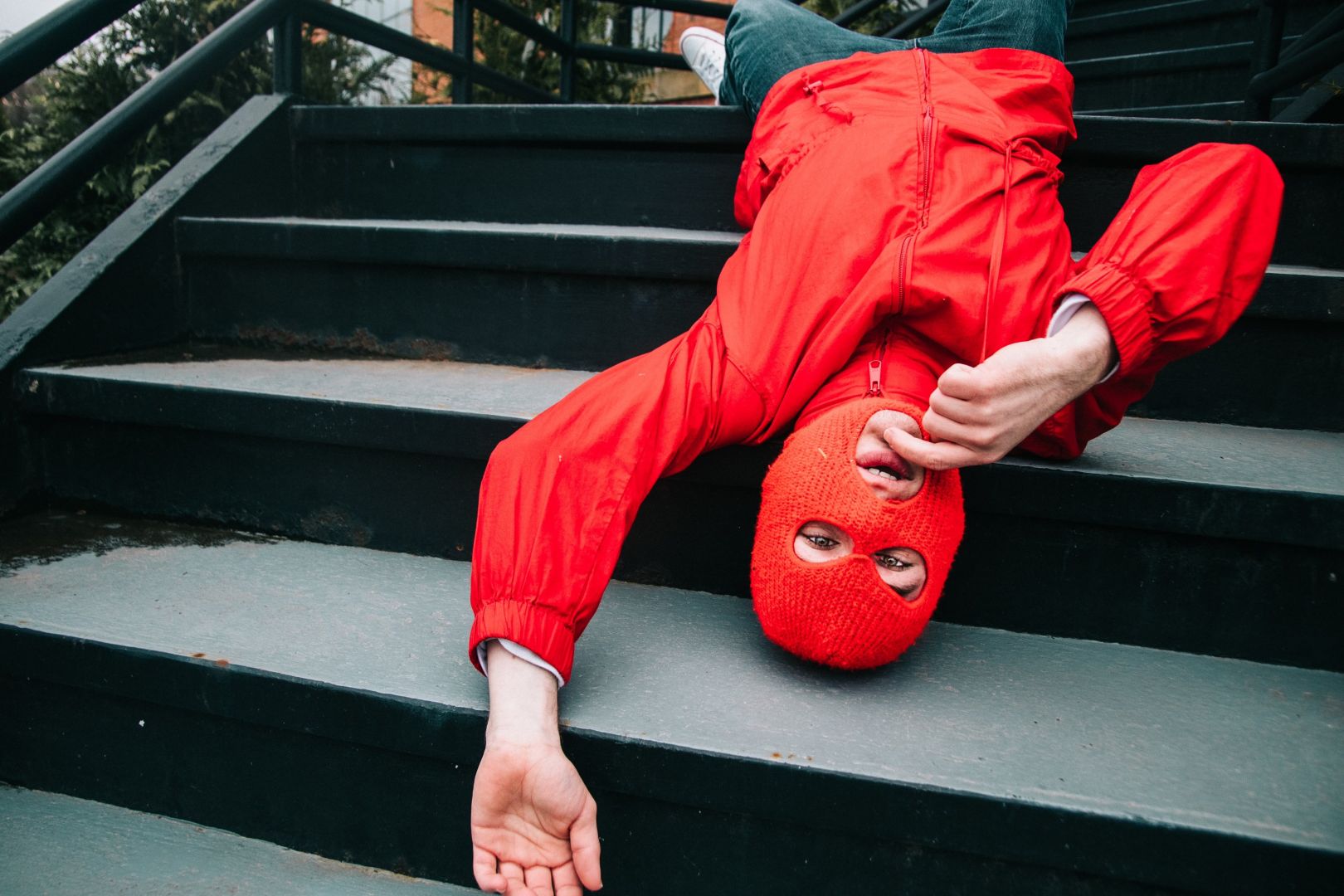 Shoutout is all about shouting out others who you feel deserve additional recognition and exposure. Who would you like to shoutout?
Obviously I have to give thanks to my Momma Liotta and my Father Liotta who raised and sculpted me into the crazy young man I am right now. I’ve talked to so many people whose upbringing and family did not support them on their journey to becoming who they’re destined to become and it has moved me looking back at all the time and effort my parents have put into helping me with my acting career starting when I was in the 2nd grade and I am everlastingly grateful for that. My Mom was my agent and my Dad was my driver throughout my entire acting career. For so many years through so many play rehearsals and auditions and shows and shoots, they have been right next to me and have given me the confidence to never quit anything I strive to achieve.

I also want to shoutout the amazing people at The Criterion Collection who have been a major forefront of preserving and releasing so many films from around the world from all decades and countries. As someone who did not attend film school or college of any sorts, The Criterion Collection and their streaming service, “The Criterion Channel” have been my primary source of education and study for the art of filmmaking. I wouldn’t be half the person I am without them doing what they do. 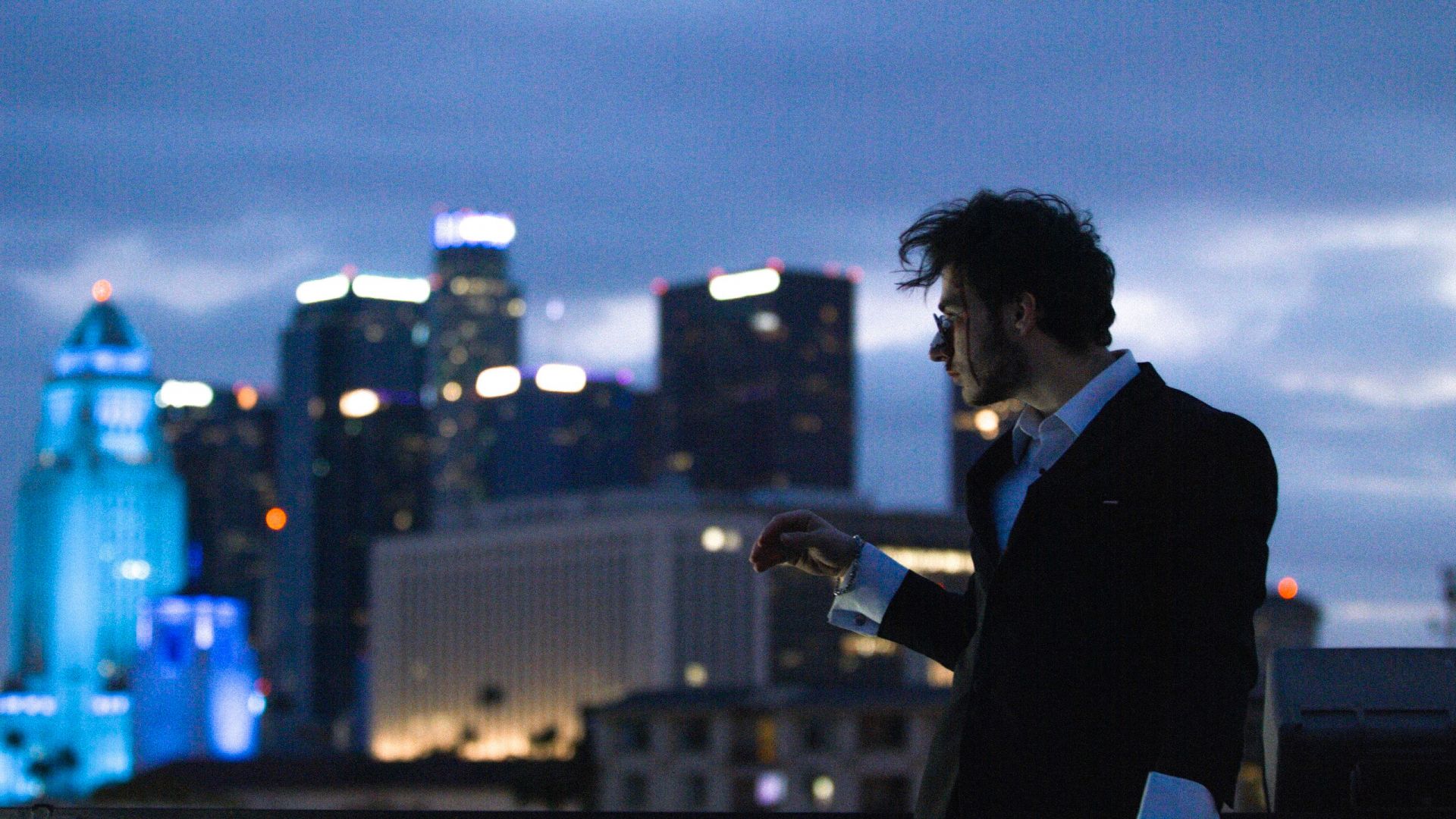