We had the good fortune of connecting with Manuel Del Valle and we’ve shared our conversation below.

Hi Manuel, we’d love to hear about how you approach risk and risk-taking
There is an innate need content producers have to explore ideas that are not conventional or accepted by general standards. This organic form of inspiration is often numbed by the need to succeed or make audiences happy. This begs a critical question; is cinema supposed to be molded for the audience, or is the artist only inviting the watcher to join him/her in his own catharsis? I believe it’s very valid to state that the answer varies from medium to medium and artist to artist. Everybody talks about risk-taking as an artist but not many people debate about risktaking as a content consumer. In my own experience, I have formed a strong inclination to produce content I would be hesitant to experience as a movie watcher myself. Taking into consideration both factors; as an artist and a consumer, I came to the conclusion that there is beauty in watching content that is uncomfortable and new as much as there is value to watching fun and entertaining content that follows the conventional character arc. I feel tickling adrenaline when I get my friends or family to watch something I believe will shake up their expectations of what entertainment is. That adrenaline is important to also embrace while creating a film as well.

Let’s talk shop? Tell us more about your career, what can you share with our community?
I am mesmerized by magical realism and subtle world-building as much as I am passionate about costume and production design. Some of my latest work has qualities of bedtime stories for an adult audience. I am interested in the juxtaposition of simple storytelling with complex dilemmas and the beauty in tone blending that these types of stories can provide. My most recent short film as a co-director is now in the festival circuit: NAHJUM (2020), a drama that follows a prehistoric family’s desperate search for a mythical source of life that turns into tragedy when the egos and obsessions of their male members rise to the surface. It has recently been selected to participate in film festivals that promote and showcase innovation and inclusion for unconventional narratives. These films often feature not commonly represented types of characters. These initiatives reform the industry as we know it into something better. Some of the latest selections include HBO’s NYLFF, Urbanworld Film Festival, and the Academy of Motion Picture Arts and Sciences sponsored event ‘Latinx Cinema” by NFLA. El Triste (2020) will be starting its festival circuit later this year. This genre-blending fantasy/musical/puppet show is a dark drama that takes place on the backstage of a marionette play. Our protagonist– El Triste, a poorly crafted marionette, is going through an existential crisis and decides to do all it takes to prove to himself and his fellow puppets that he is valuable and worthy of attention. The film romanticizes but simultaneously criticizes the artistic ego. My collaborators and I touched on the sexism and racism in the entertainment industry in a very subtle but unique way. As the pandemic has shaken up the entire world. New plans had to be made, and unexpected decisions had to be taken for El Triste’s premiere. We will know later in this year what festival will be taking on the mantel for its official first introduction to the world. Without much detail to reveal, my team and I are currently in post-production of other short films “Like an Old Rat” where I acted as co-writer and producer, “The Unexpected Birth of a Roommate” — a film that I directed as a literal translation of a nightmare I had that had a significant impact in my life, “Ember” A drama about the repercussions of trauma in the separation of a family and a Thriller/ Drama titled “The Performance Artist” where I acted as producer. 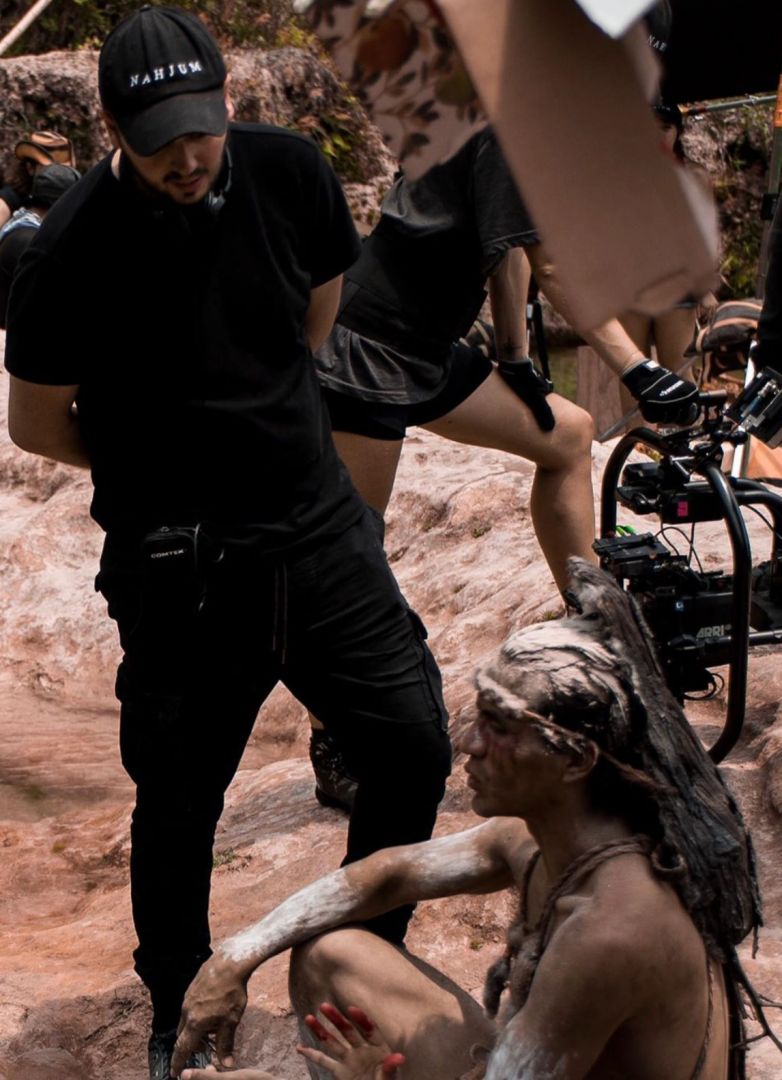 Let’s say your best friend was visiting the area and you wanted to show them the best time ever. Where would you take them? Give us a little itinerary – say it was a week long trip, where would you eat, drink, visit, hang out, etc.
I love Los Angeles for its underground speakeasy restaurants and jazz bars. I also love visiting the Hollywood Bowl for its Iconic John William’s live performances which I have attended since my arrival 3 years ago. Location Scouting for a film and looking at such interesting places available for filming almost became a pleasurable hobby of mine.

Shoutout is all about shouting out others who you feel deserve additional recognition and exposure. Who would you like to shoutout?
Out of any other artistic medium, film is the most collaborative, allowing you to meet MANY people. I have happened to share artistic voices throughout my early career and produce work with talented artists who continuously enrich my point of view of art and life itself. I directed my first crew-based short film at the age of seventeen, and since then, the journey has brought me to many long-lasting friendships. I met many of these artists through the ArtCenter Film Program, The National Association of Latino Independent Producers, HBO’s Tomorrow Filmmakers Today, among many other festivals and fellowships. I developed a very early interest in storytelling, which was always encouraged and supported by family. Their commitment to allowing me to find my interest and ideals in life truly sparked my confidence as an artist. That conviction grew stronger when we had to overcome an almost tragic medical matter, which reinforced my need to pursue art.