We had the good fortune of connecting with Marcus Kuiland-Nazario and we’ve shared our conversation below.

Hi Marcus, we’d love to start by asking you about lessons learned. Is there a lesson you can share with us?
For the past several years, I’ve been taking risks and only working on projects and artworks that inspire me or excite me. I will not become wealthy from being an artist, but I can have a richly rewarding life. I have been left with emotional/psychic hangovers in the past after working with artists or organizations that I didn’t want to, or my heart wasn’t really in. I have learned not to waste my time with people or projects that don’t serve me or my vision or make the world a better place somehow. I’ll put up with a crazed narcissist if somehow the greater good is served. Unfortunately, the art world is full of those. I have also learned that there is no such thing as an “art emergency”. Things can wait a bit to get appropriately solved unless a loss of life or limb or public safety is involved. The wrong wall getting painted, the goat being the wrong color, or the chairs not being in the right place does not mean the end of the world. There are too many chicken littles in the world who haven’t become roosters yet. I avoid working with artists like those. 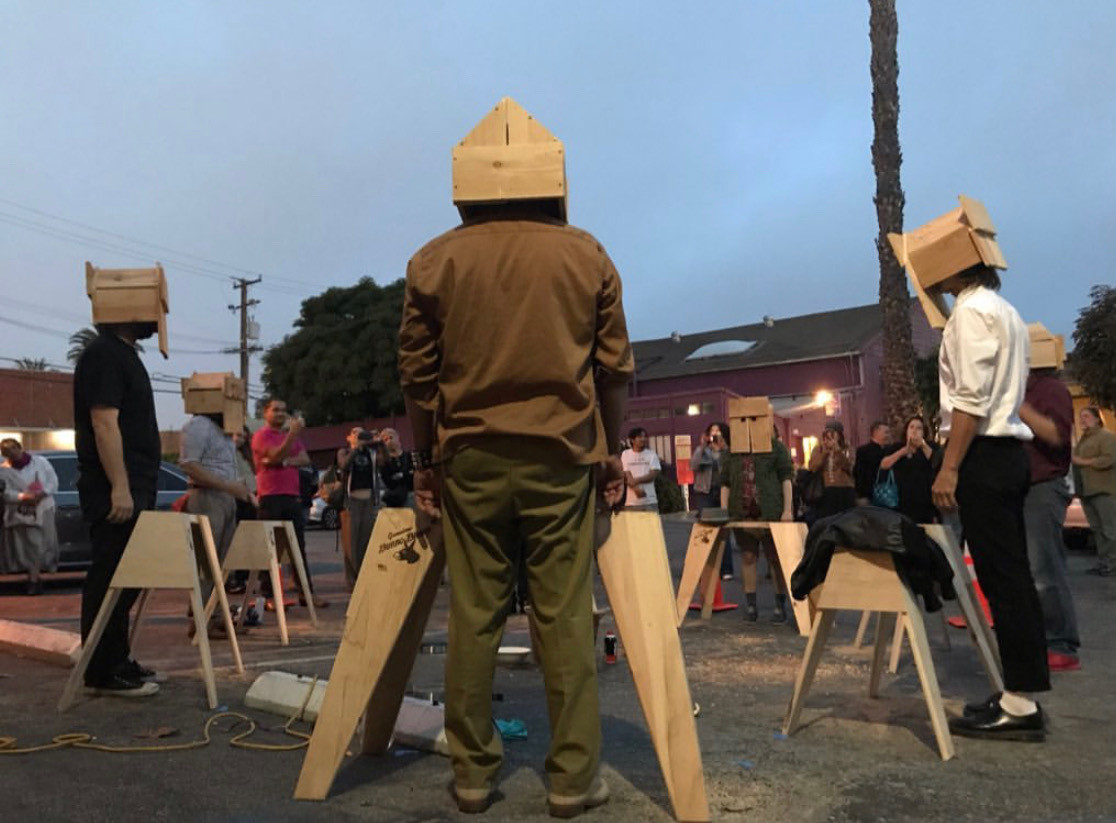 Let’s talk shop? Tell us more about your career, what can you share with our community?
Like most of us, Covid and the quarantine and isolation resulting from it affected me deeply. I had just moved into my new loft at the 18th Street Arts Center. It still didn’t feel like home yet when the pandemic hit. Just before Covid, I was frequently traveling to Mexico City. The 18th Street Arts Center is usually a bustling place with artists from all around the world in residencies. It is a vibrant, exciting international community to be a part of. I am most proud of being a founding artist of this special place and thrilled to be living here again. Once we entered the Pandemicon, we could no longer host any guests, and all of our guest artists flew back to their respective countries, and I could no longer travel. Although I am a huge fan of graveyards, I didn’t want to live in one, and that is what it felt like with everyone gone. I was trapped in my studio alone and had plenty of time to think about way too many things. Unlike the last pandemic I survived, I could not gather and be with my community. I became more and more focused on the tiny things around me that I ignored before. My five senses became sharper. I made friends with the crows and squirrels, ate way too much, and developed a Fauci fetish. The result of all of this time alone is a puppet show I am currently working on because I could talk to them; sometimes, they talked back (thankfully). Also, I developed a program that has Launched call Sea Change that is part of the City of Santa Monica’s Art of Recovery initiative. Through Sea Change, I’m investigating how the Pandemicon has affected the 5 senses. I have curated a group of artists presenting new works of theirs that they have created during quarantine. They are all part of my community and helped get me through the loneliness and isolation. I am so honored to present the works of Sarah johnson, Hiroshi Clark, Dorian Wood, Mariel Carranza, Anna Homler, Nao Bustamante, Carmen Argote, Paul Donald, and Philip T. Nails.

Shoutout is all about shouting out others who you feel deserve additional recognition and exposure. Who would you like to shoutout?
I became an artist through my experiences as an activist and surviving the AIDS Pandemic. I joined ACT UP Los Angeles because of Tim Miller, who I met in the early ’80s at one of my first jobs when I was a teenager. I worked at the Los Angeles Area Dance Alliance that produced Dance Kaleidoscope. We brought Tim to perform in it and became friends. Tim and his partner were going on tour in Europe, and he offered me his apartment on Prince and Mulberry in NYC while they were away, so I jumped at the chance to live in NY. While there, I interned at PS122, which Tim is a founder of. I also interned at the Metropolitan Museum of Art’s Costume Institute. As a Los Angeles native, I was not too fond of the lack of space in New York City. I grew up with a front and back yard and porches, not stoops and fire escapes! So I returned to Los Angeles knowing that New York was not for me. I missed the sunshine and space and light. Upon my return, Tim was now based in Los Angeles and was starting a new space with Linda Burnham called Highways Performance Space located at the 18th Street Arts Center. He invited me to come to one of the very first performances, and I never left. Tim and Linda became my mentors, and I moved into the 18th Street Arts Center and did not leave for several years. I now reside there once again 32 years later. Through my experiences at Highways and 18th Street Arts Center, I became part of a community that has shaped and influenced my work deeply – Nao Bustamante, Jan Williamson, Jill Burnham, Mariel Carranza, Ron Athey, Guillermo Gomez-Pena, John Fleck, Luis Alfaro, Asher Hartman, and Keith Hennessy.

Image Credits
I took the masked Marcus Kuiland-Nazario pic. Hiroshi Clark to the performance photo of my cast in the wooden helmets.