We had the good fortune of connecting with Marilyn Anderson and we’ve shared our conversation below.

Hi Marilyn, why did you pursue a creative career?
I didn’t have a choice – my creative career chose me! I wasn’t always in the arts. I didn’t go to school for it. In fact, I have a couple of degrees in biology and physiology. But while working as a Biomedical Information Specialist at the National Academy of Sciences (say that five times fast!) I was acting in dinner theatres at night, and really loving it. So I decided – I didn’t want to work in science anymore — I wanted to be a STAR! So I quit my job, sold my car, sold my furniture, sold my boyfriend (didn’t get much for him) — and moved to New York to become a star! A week after I got there, I got into a Broadway show. It was so exciting. The show didn’t last long, but I knew an artistic career was for me. I went on lots of auditions, did some acting gigs and performed stand up at The Comic Strip. Then one day I knew I had to take a vacation or get a job. Hmmmm… vacation or job? No contest! I went on vacation to Los Angeles and never went back to New York. It was in LA that I started writing. I wrote a screenplay, and although everyone said, “It’s too hard to sell them” and “You’ll never get an agent” — I got an agent and had interest right away. After that I just kept writing. I wrote on several TV Series and wrote film scripts – and realized I was better at writing than acting — and that way I got to create “all” the parts, not just one I was acting in! 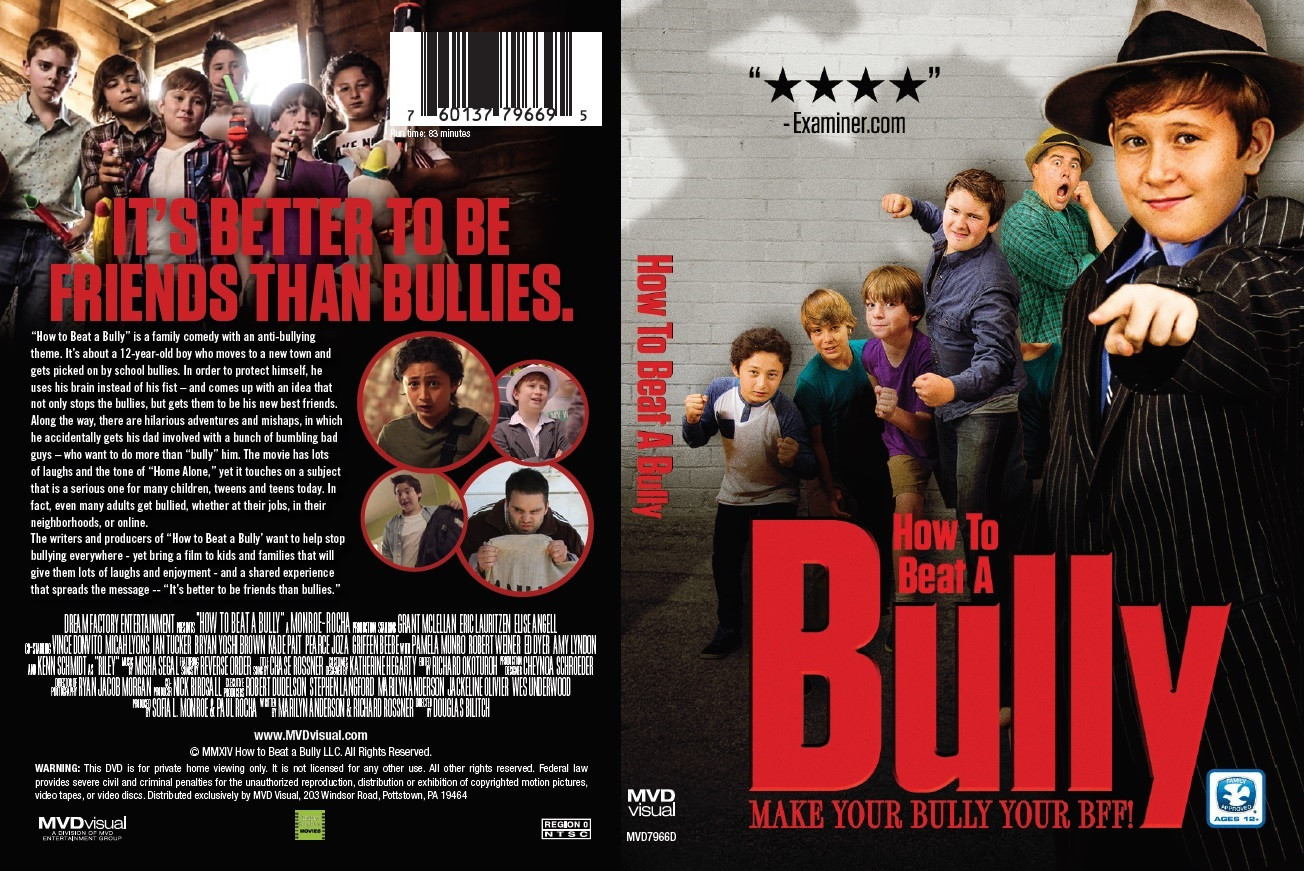 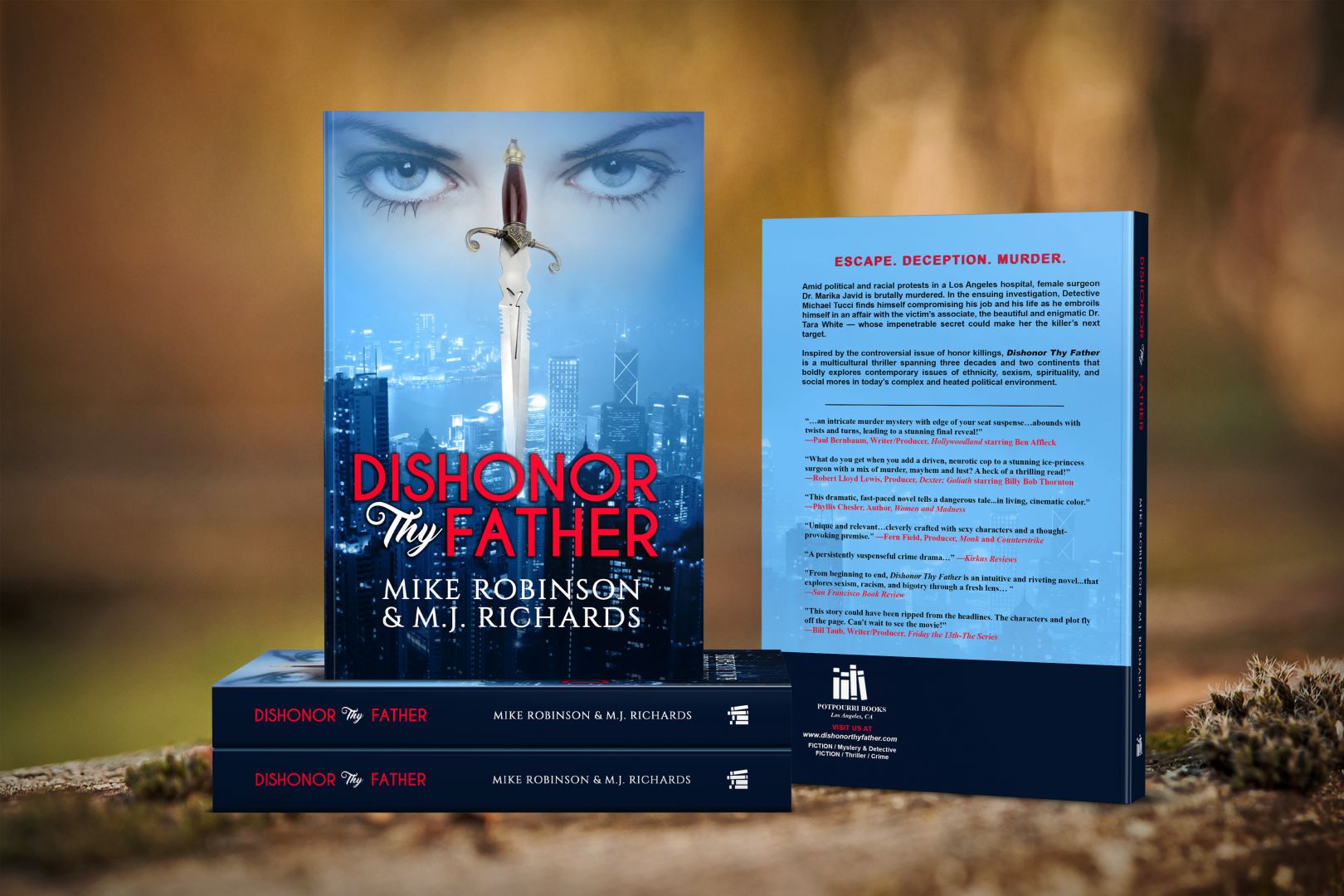 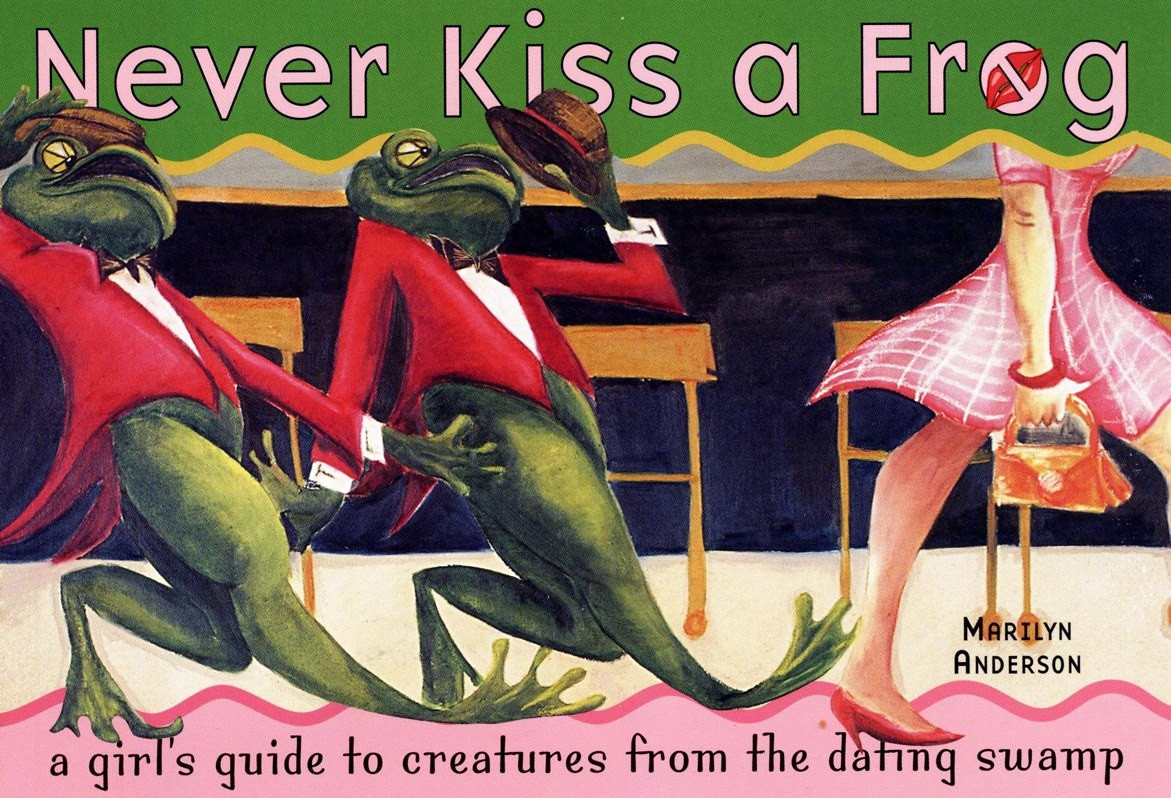 Alright, so let’s move onto what keeps you busy professionally?
Perseverance. Believing in myself. Believing in my work. Those are the things that have always kept me going. As a creative person, it’s common to get lots of rejection. Many people give up from it. But I usually have more confidence in my work than in the people that are reading it! Not everyone has to love your work; you just need one person, the right person – to get behind it. Like chocolate and vanilla — some people like one, some the other — you need the right person to like your brand, your project, your script. I believe in my talent, and I’ve always worked hard. Those two traits have served me. I always say, “If Hollywood were fair, I’d be the most successful woman in town!” Most of my projects are very high concept – whether they are screenplays or books. People constantly tell me they are fantastic ideas — but as mentioned above, as a woman it’s always been more of a challenge to get into the “old boys’ club” of Hollywood. And now that more women are being allowed in, I have to face ageism, which hits all writers after the still-young age of 40. It’s a shame, because when you’re older you have more experience to draw from. But Hollywood is a youth-oriented business — and often the powers-that-be don’t want to read material from “mature” writers. So another thing you have to do is continually re-invent yourself. I had one screenplay, “How to Beat a Bully,” that was optioned 8 times by Hollywood and it was never made. So finally, I decided “no more options.” I went out and raised the money myself! Within 6 months, we were cast and in production! Now, the film is on Amazon, iTunes, Google Play and other platforms and we even sold 50,000 units of the DVD to Walmart – a real coup for a little film. Sure, it could have been a bigger budget film if traditional Hollywood had produced it – but I’m so proud that I finally took a different route and got it made! In addition to continuing to write more screenplays, I write plays and books. A wonderful play of mine, “As Good As Gold” is a comedy about women & gender parity in Hollywood! It was supposed to be produced at an LA theatre this year, but because of the pandemic, all live theatre has been postponed. I also have two movie projects that are supposed to go into production, one a romantic comedy, and one a thriller — but I’m not sure when they will be able to shoot due to the current state of the Covid world. So, now I am concentrating more on my books. My book, “How to Live Like a MILLIONAIRE When You’re a Million Short” was featured in Forbes & USA Weekly and won an award last year as the Best Book on Saving Money & Living Well of the Year. Now, I’m updating it, and also doing speaking engagements (on Zoom) — on How to Live Like a MILLIONAIRE… WHEN YOU’RE STUCK AT HOME! 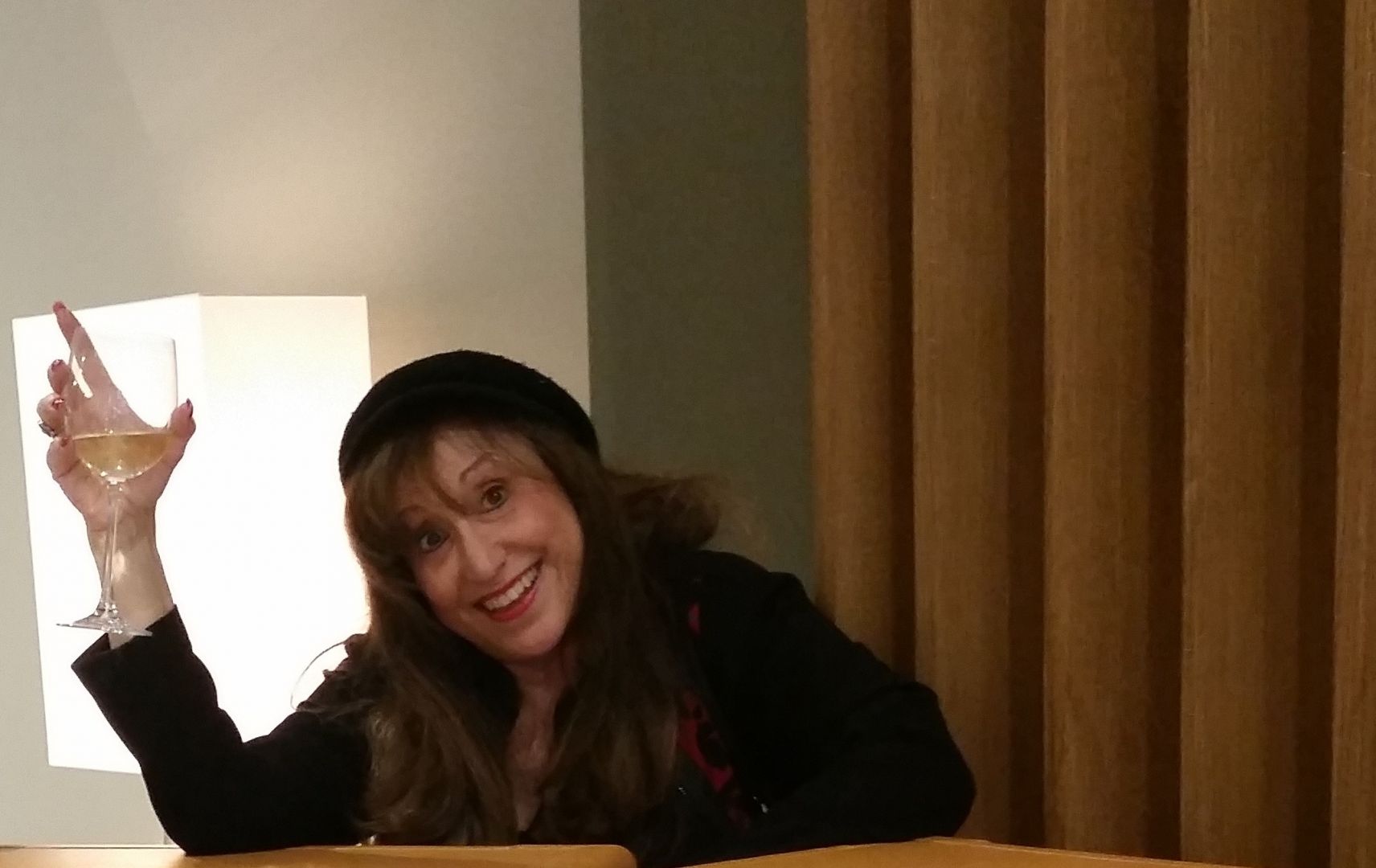 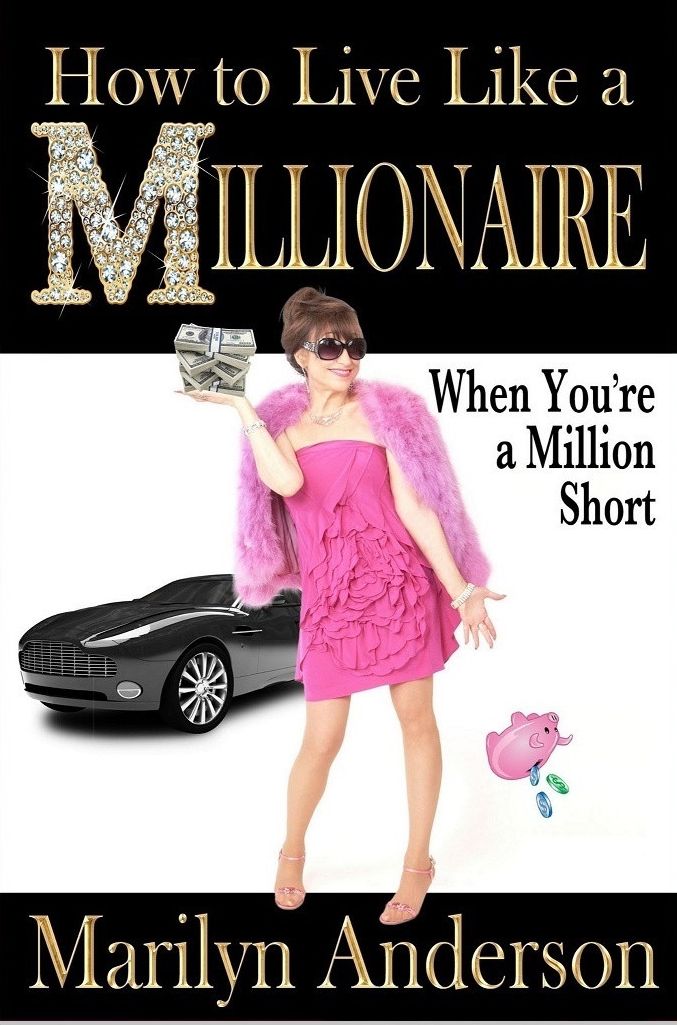 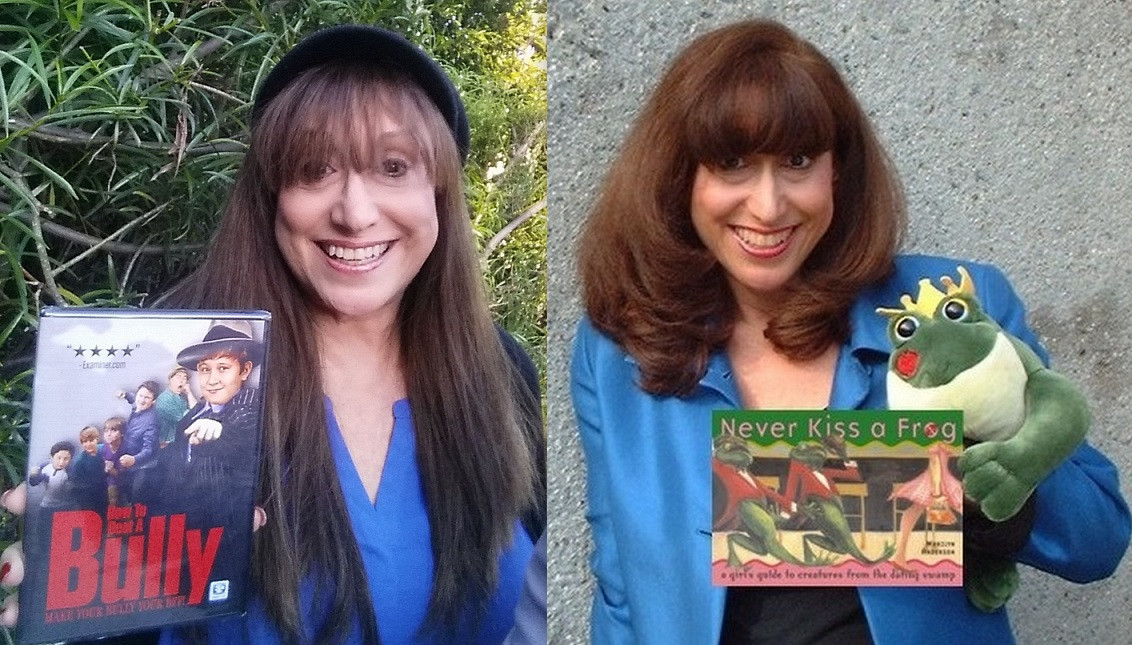 Any places to eat or things to do that you can share with our readers? If they have a friend visiting town, what are some spots they could take them to?
If you had asked me last year – I could give you a ton of fabulous places to go and things to see! I love going to live theatre, movies, restaurants and events. But due to the pandemic — there’s no live theatre, most movies aren’t open, and in-person events aren’t happening. Fortunately, in Los Angeles, the weather is warm so we can enjoy outdoor restaurants where they have social distancing at the tables. However, I tell people that during the pandemic, a lot of opportunities have opened up that weren’t there before. There are so many things available online now for people to enjoy as entertainment, or learning, or to spark their creativity. We have to take advantage of them, especially to keep our emotional and mental health strong. Zoom has become a great way to connect with family and friends – no matter how far away they are. Now, you can see Broadway Shows for free online, you can see concerts of many of your favorite singers for free, you can take free classes – even at Harvard, Yale, and Princeton! You can also take virtual tours of art museums all over the world — how much would it cost to visit the Louvre in Paris? THOUSANDS! But now you can take a virtual tour through many rooms in the Louvre along with a free docent tour. That’s true for many other famous museums around the world! You can also go sightseeing around the world… online, for free. People are doing so many creative things these days – like doing recreations of famous paintings, singing parodies of popular songs, just utilizing things they have at home and their imagination. There are also a myriad of free things to see and do online, which I go into in my presentation and upcoming book on “How to Live Like a MILLIONAIRE When You’re a Million Short… WHEN YOU’RE STUCK AT HOME! I’ll be doing some online talks about it as well as putting info on my Facebook page and in the new book. I also have a new mystery-thriller novel that I co-wrote, Dishonor Thy Father, by Mike Robinson & M.J. Richards. I used a pen name on this book because it’s so different from most of the humorous projects I’ve done. So I’m “half” of the M.J. Richards – I’m the “M.J.” and my screenwriting partner is the “Richards.” So if anyone wants a unique and exciting mystery – check it out on Amazon along with my other books – now is a great time to be reading, when people have so much time at home. In “How to Live Like a MILLIONAIRE When You’re a Million Short” – I not only tell people how to save thousands of dollars – I tell them how they can make money, too! One friend followed just one little paragraph in the book, and by just filling out a form… got a check for $12,000! I love sharing all my tips, so I invite people to join me when I do talks (online or in-person) or check out my book and FB page — or sign up for my email list on my website. 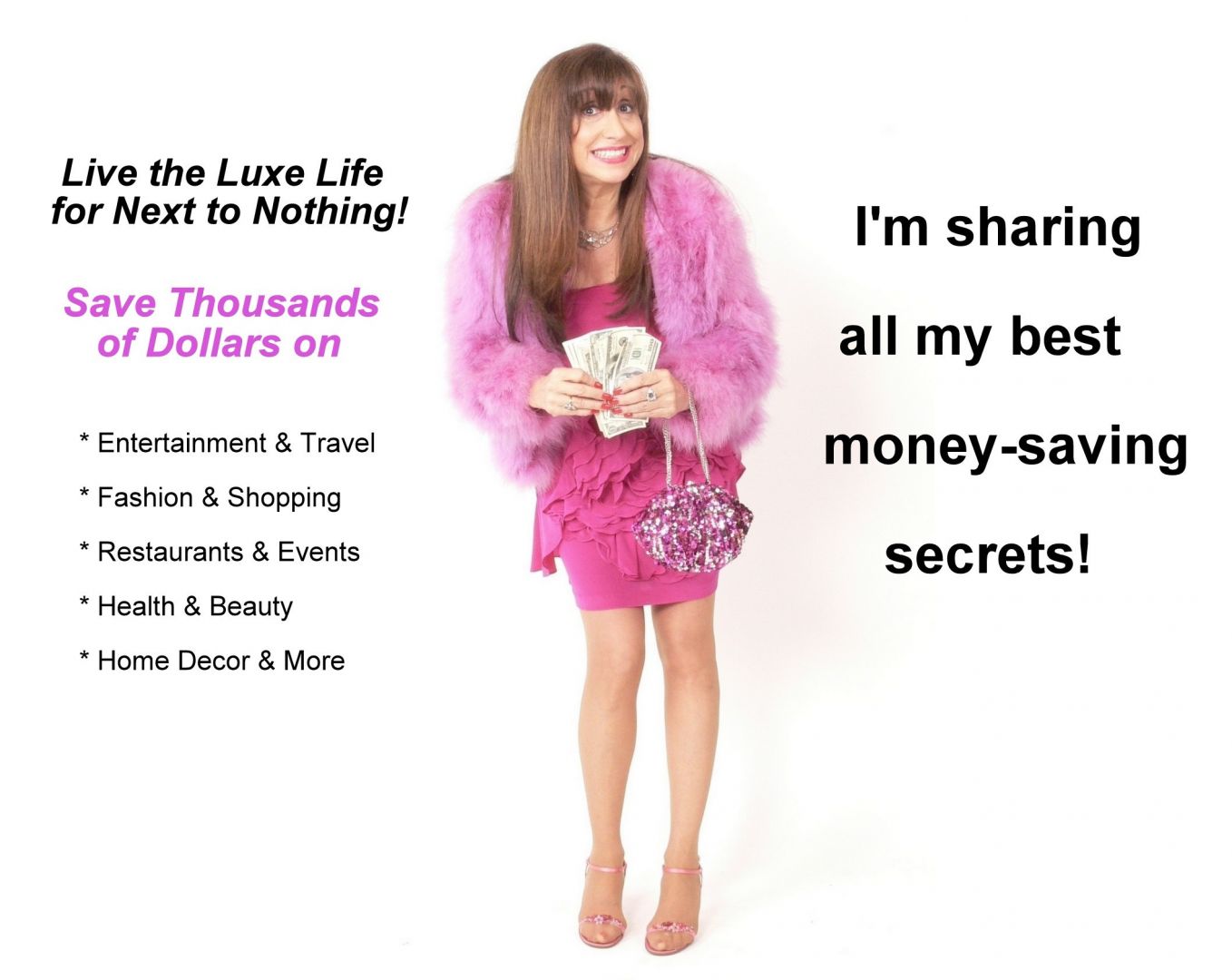 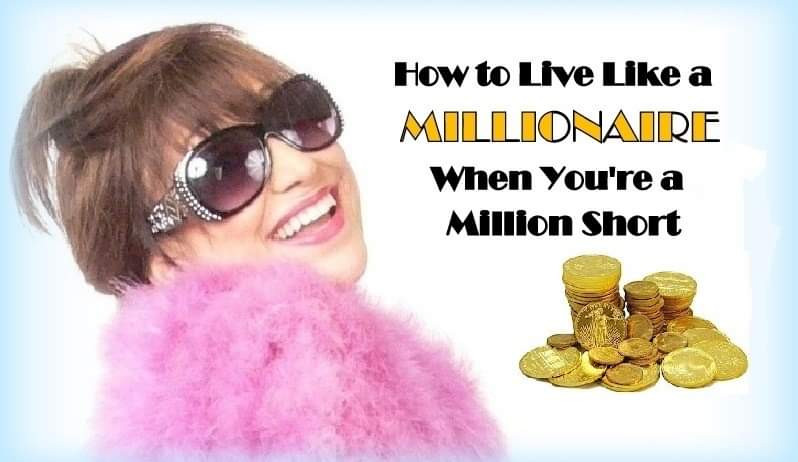 Who else deserves some credit and recognition?
I’d have to give my main shoutout to my dad, who is no longer with us. He always supported me in whatever I wanted to do. When I left the security of my regular job, some people would say it wasn’t smart – that “show biz” was difficult and too hard to make money at. My dad never dissuaded me. He was proud of everything I did. When I wrote my first book, my dad was living in Florida and seeing some doctors. I think the whole medical community of the state knew about “Never Kiss a Frog: A Girl’s Guide to Creatures from the Dating Swamp!” Since I moved to Los Angeles not knowing anyone in the business, I really had to start from scratch. And truthfully, as a woman, it was very difficult. When I started in TV & film there was a lot of discrimination in the business — and it was always much harder to get work. TV show staffs were mostly men. In fact, on my first staff job, there were 10 guys and only 2 women. And the atmosphere in the writer’s room was often uncomfortable for the women. Today, that’s changed a lot – with #metoo and #timesup. So I’d like to give a shoutout to the women who started those movements. It’s helped a lot in getting women more jobs today. I’m in several writers groups that offer a lot of support, and I’m always excited when I get to be on their panels, in order to help others coming up. Two of the groups are IWOSC (Independent Writers of Southern California) and the Book Publicists of Southern California. Irwin Zucker, who is 93 years old started the Book Publicists group – he is an amazing and wonderful man, who is still at the head of it — and even at his age, he is a sharp-as-a-tack pistol and always looking for ways to help people. So a definite shoutout to Irwin!