We had the good fortune of connecting with Mary Kate Wiles and we’ve shared our conversation below.

Hi Mary Kate, where are your from? We’d love to hear about how your background has played a role in who you are today?
I’m originally from Fayetteville, Arkansas, and I lived there until I was 18 and moved to LA to attend USC. Fayetteville is a fairly liberal, tree-huggy, hippie pocket of a pretty red state. Northwest Arkansas has been thriving and vibrant since I grew up there, and is even more so now. I knew from a pretty young age that I wanted to be a performer, and at the time, Fayetteville didn’t offer the sort of performing opportunities I was dying to take part in, so I spent a lot of my high school experience just wishing, YEARNING for Los Angeles. And it’s not that I’ve wanted to move back since I’ve lived here – I have never doubted from the moment I stepped off that plane for the very first time that LA is where I’m meant to be – but as much as I spent my younger days wishing I was somewhere else, I am now thankful for the time I had in Arkansas, growing up. I’m glad I didn’t enter into this industry that can be so difficult and so unfeeling before I was in my 20s. It was hard enough to deal with it as an adult – I’m glad I was able to be the lead in the Fayetteville High School spring musical rather than run back and forth between auditions wishing I was booking things that I wasn’t. I think growing up in Arkansas has given me a great appreciation for what life is like in middle-America as opposed to bigger cities. It has become a more and more frustrating divide as our country’s political climate has become so polarized over the past few years, but in a lot of ways I have been thankful that I have these two very big parts of me – the Mary Kate from Arkansas and the Mary Kate from Los Angeles – that can empathize with people from both places. I think growing up in Arkansas helped me (hopefully) be a kind and compassionate person, and it also gave me a sort of unquenchable hunger to move on to bigger things – to do more, to see more – and that is something I still carry to this day. I think that’s something you sort of have to have to continue to pursue a creative field. And now, living in a place where so many of us are from somewhere else, I love that my particular brand of where I’m from brings something different to a table that is filled with folks from Boston, Texas, Michigan – even LA. I love being a part of a community where we are all from different places and we have many things to learn and share with each other. 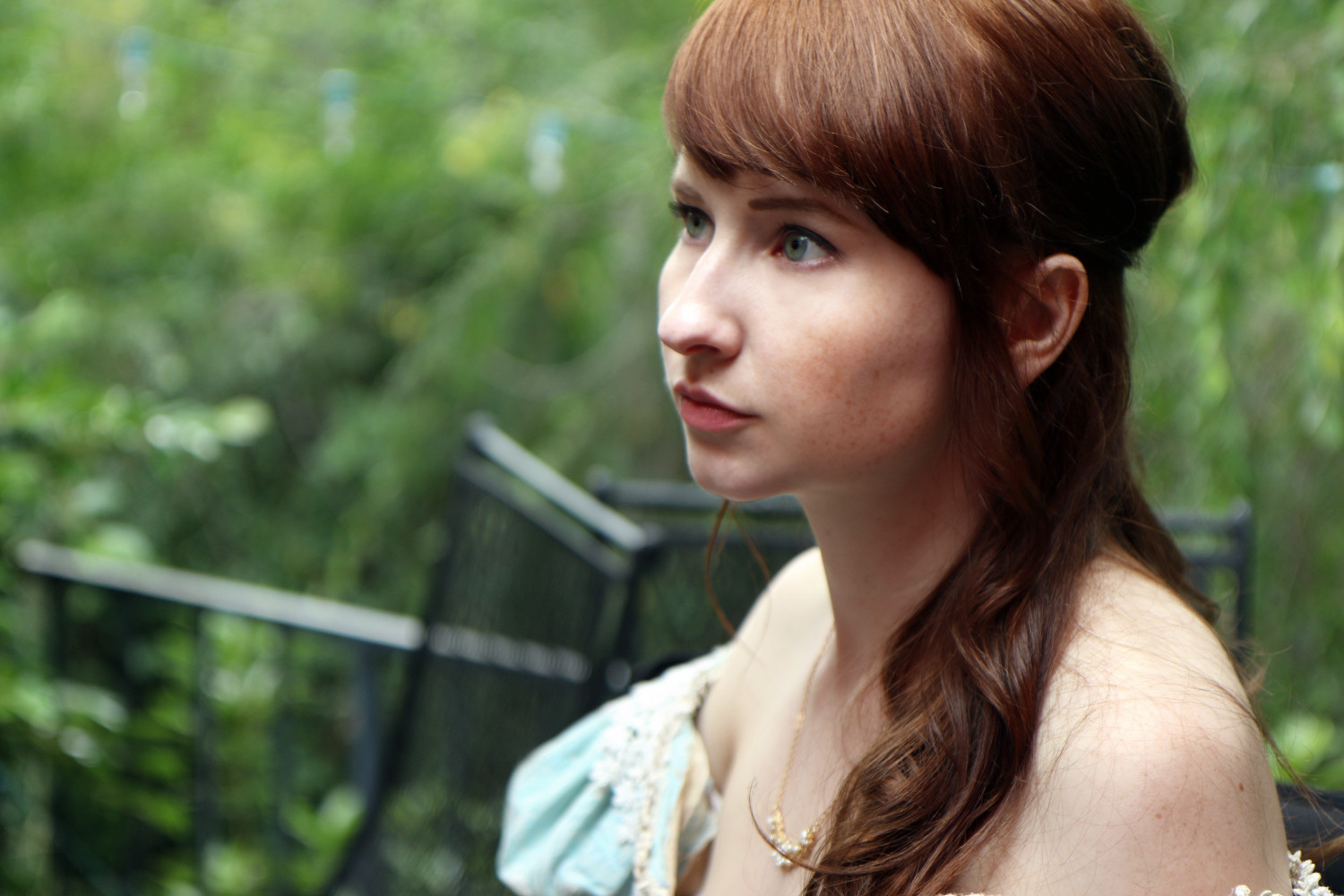 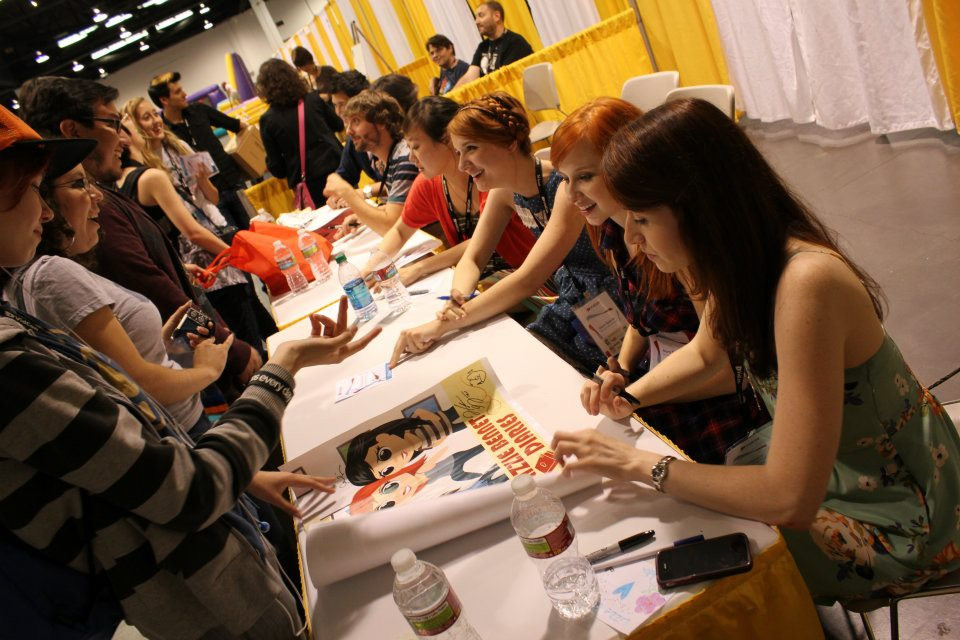 Alright, so let’s move onto what keeps you busy professionally?
I was a pretty smart kid in high school (I graduated fourth in a class of 500, not to brag or anything), and although I knew I wanted to pursue performing, my parents really pushed me to also get a “regular” degree. So, you know, I chose another major that guarantees you basically no money or job prospects post-college: English Literature. I’ve always loved stories. Whether it was loving Disney movies as a kid, watching them over and over again; or pretending to be Elinor and Marianne Dashwood with my best friend in sixth grade; or tearing through David Copperfield over spring break my senior year of high school for my AP Lit class, nothing got me quite as excited as a good story. So I got two degrees from USC: one in Theatre, and one in English Literature. I never really intended to “do” anything with my literature degree, but the ways in which it has influenced my career as an actor have been unmistakeable.

I am most well-known, I suppose, for playing Lydia Bennet in a 2012 webseries adaptation of Pride and Prejudice called The Lizzie Bennet Diaries. The show won an Emmy and we traveled the world going to conventions and signing autographs. I had grown up seeing Pride & Prejudice (both the 2005 version and the BBC miniseries) more times than I could count. I certainly never imagined myself as the best choice to play Lydia (I’m more of a Jane with a hint of Lizzy), but of course all those years of loving Austen helped me immediately know who a modern Lydia Bennet would be. It was kind of cool that I was using my love of literature as an actor, bringing one of my favorite stories to audiences in a new, modern way.

Enter Shipwrecked Comedy – loosely literary, vaguely historical, stupidly smart comedy. Brother and sister duo Sean and Sinead Persaud, hailing from near Salem, Massachusettes, grew up with a love of all things Edgar Allan Poe and historic and macabre. Following in The LBD’s footsteps, they made A Tell-Tale Vlog, a series in which Poe vlogs as he struggles to write The Raven, before I met them, but once Sean and I fell in love on the set of Kissing in the Rain, I was a permanent part of Shipwrecked. From there we produced Edgar Allan Poe’s Murder Mystery Dinner Party, an 11-episode Clue-style murder mystery full of famous authors. And yet again, here I am, using my Literature degree in my acting work.

Since all these coincidences have tied up my love for literature and my desire to perform, I’ve decided to embrace this marriage wholeheartedly. Over the past couple of years I’ve been turning the Anne of Green Gables books into an audioplay where I read through the books, bringing in my various friends and collaborators to play the different characters, and adding music and sound effects to bring the story to life. This started as a Patreon project, and I have recently been releasing the chapters publicly as a podcast. I first played Anne in 2011 when I was in a stage musical version of the story, and that was my first exposure to her. Since then she has become such a huge part of my life, and revisiting her story over and over – especially in a world that has been so fraught as ours has been these past few years – has been a balm for my soul.

There is a lot of work that I do outside this sphere that has nothing to do with literature, but all the work I do as an actor IS about telling a good story, and I do think my understanding of story has been incredibly influenced by my love of classic literature. I am so thankful that so much of my life has been this big, full circle experience, and I am so glad I can be a part of stories that have been entertaining us for hundreds of years. I only wonder what other literary loves of the past will make their way into my career in the future. 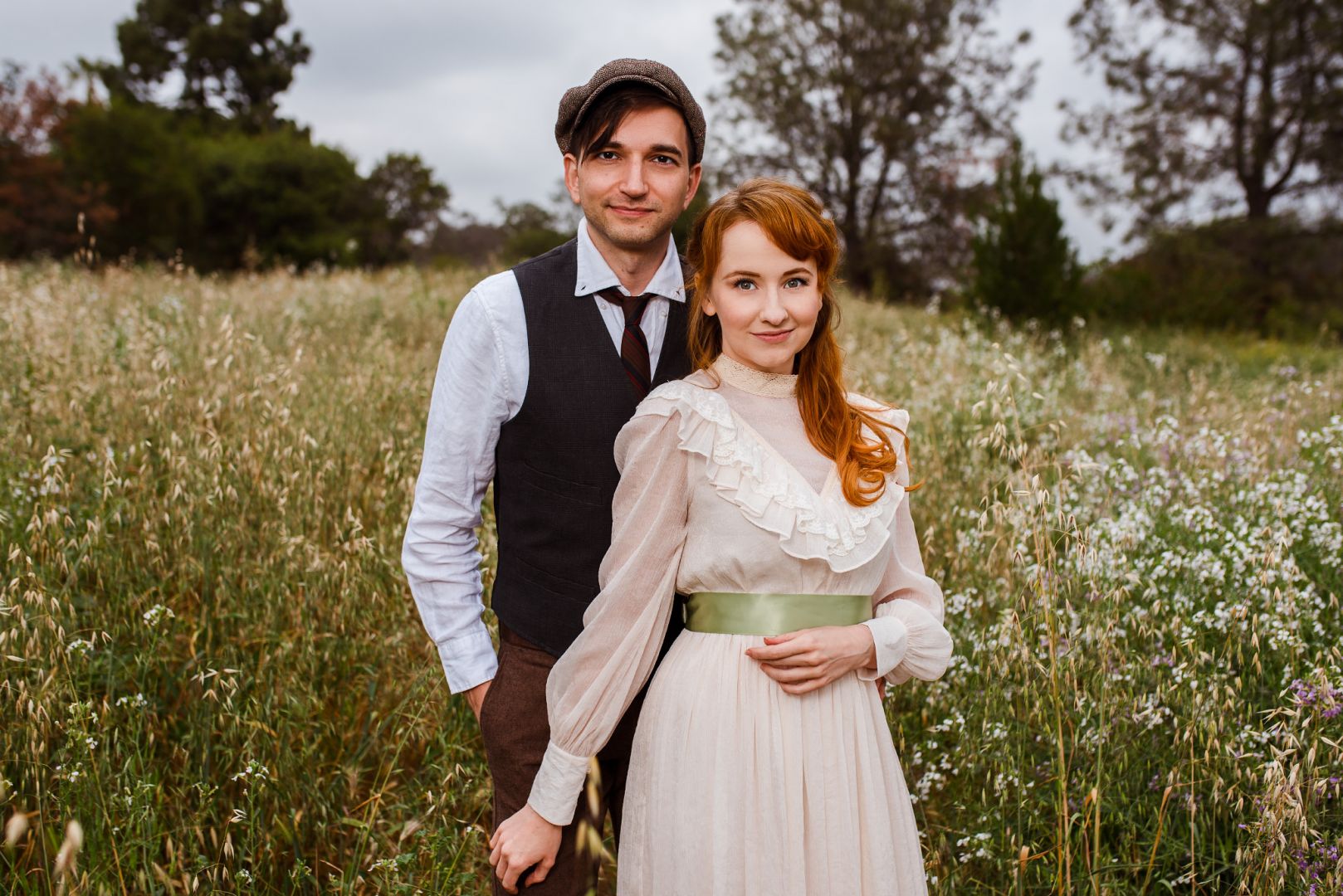 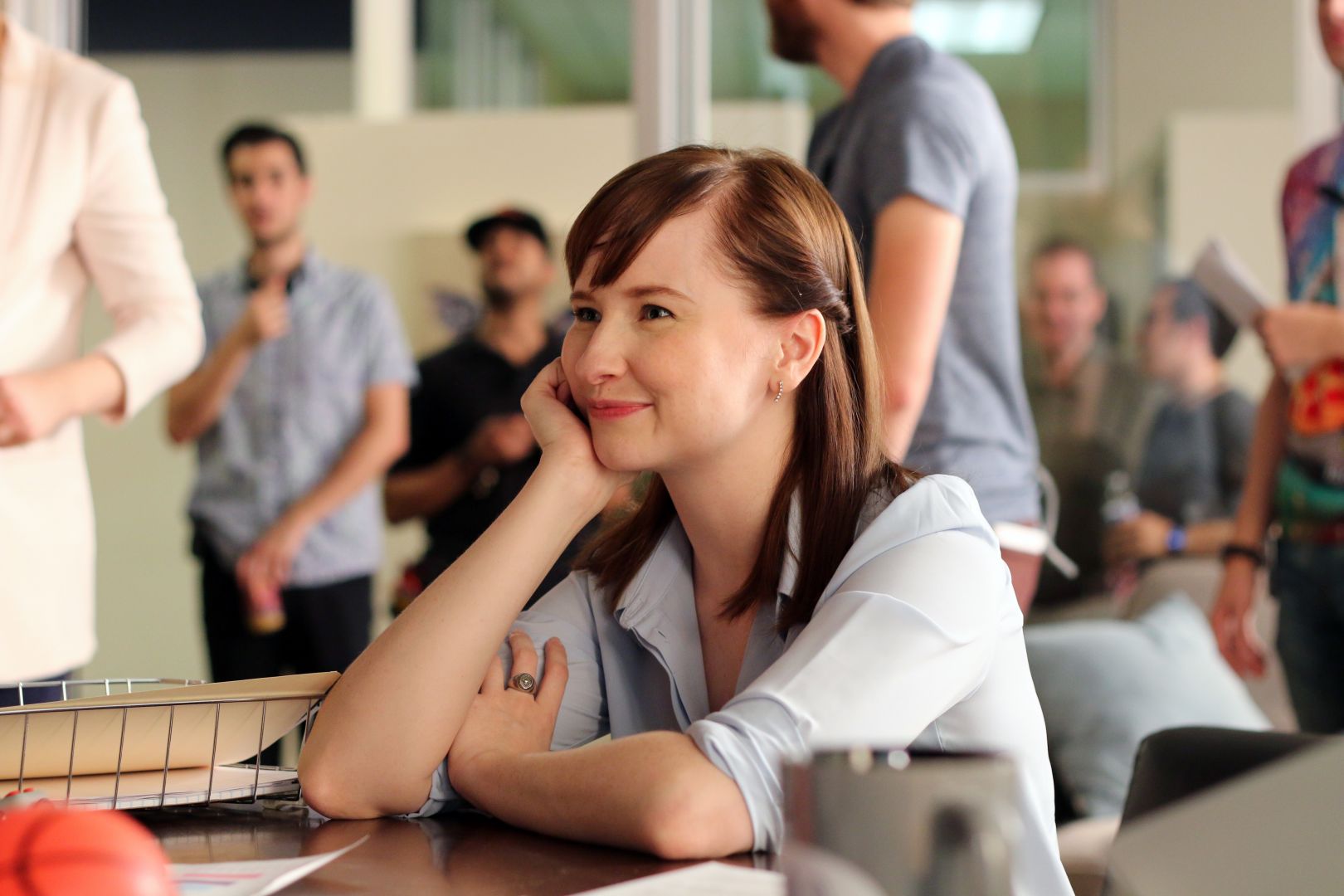 Let’s say your best friend was visiting the area and you wanted to show them the best time ever. Where would you take them? Give us a little itinerary – say it was a week long trip, where would you eat, drink, visit, hang out, etc.
Oh boy. Well, I think one of the best things about LA is that it’s so close to so many other wonderful places – San Diego, Big Bear, Joshua Tree, and my favorite, Santa Barbara. I’d take a friend up there; we’d do some wine tasting at Sunstone and Kalyra, get gluten free cake at Lilac Patisserie and eat at Sama Sama, stop in Ojai for a bit on the way back. Here in LA, we’d spend a day in Los Feliz, where I lived for seven years – get bowls of coffee at Figaro, see a movie at the Vista, eat a taco at Homestate. We’d have to go to the Getty, one of my favorite places to be in LA, period, and then go get hand rolls at Kazu Nori in Westwood afterwards. I’d have to take them to Bredblok, my favorite gluten-free bakery, and eat dinner at Black Market Liquor Bar in Studio City. We’d probably get in a hike or two, and hopefully see a show at the Greek, too. 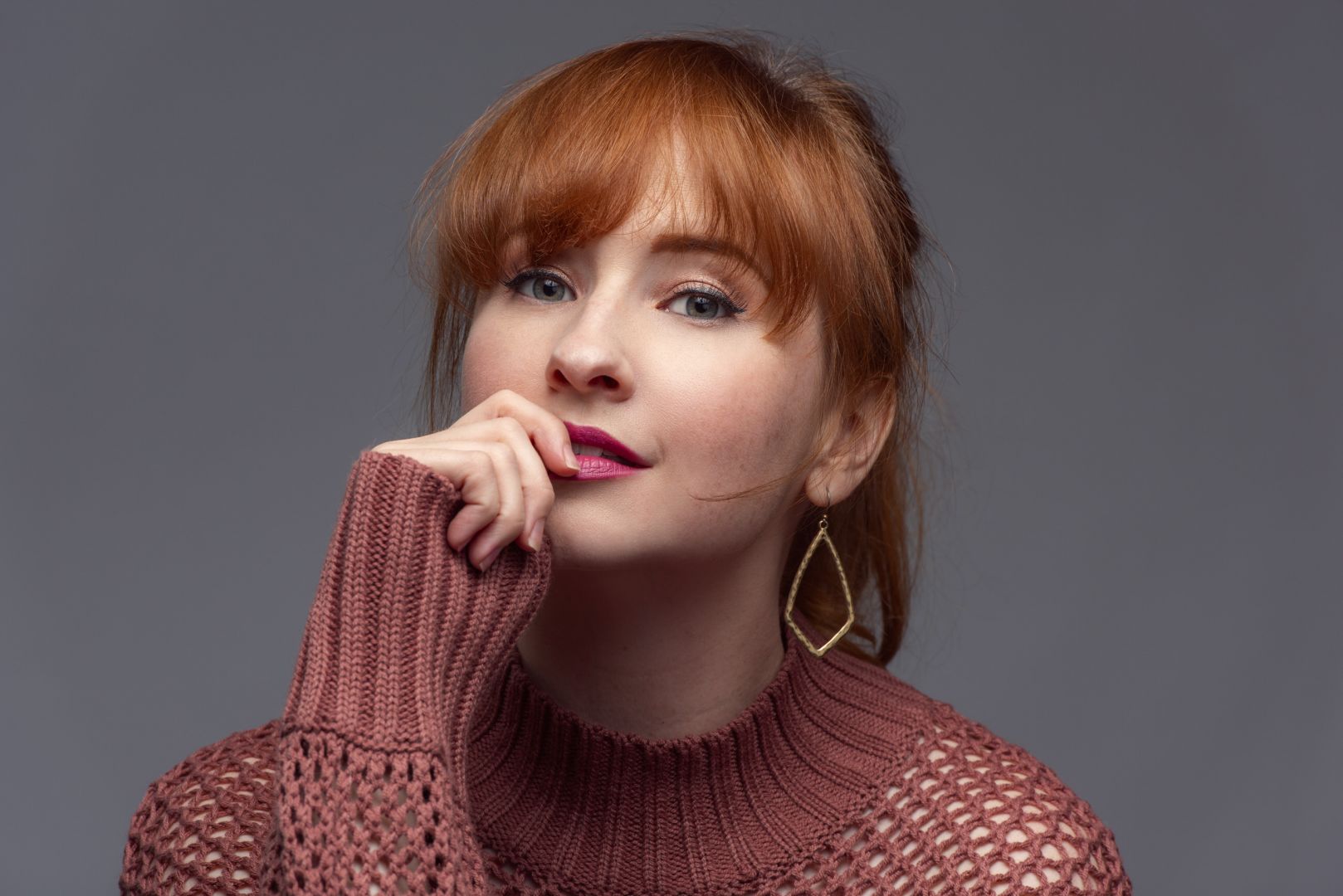 Shoutout is all about shouting out others who you feel deserve additional recognition and exposure. Who would you like to shoutout?
The thesis of my story for the last several years has been how much my audience has helped me pursue a creative life. I’ve had a Patreon for seven years now, and so many of my major projects that I’ve been a part of have crowdfunded, so my career has literally been made possible by my audience. I have been a part of multiple projects that – after the one my group Shipwrecked Comedy is currently running hopefully gets successfully funded – have amassed more than one million dollars in Kickstarters. Nearly everything I have done in my career is because my audience has supported me in doing it. And not only that, through Patreon I’ve been encouraged to try new pursuits, and I’ve found myself doing things in my career that I never could have imagined – producing radio plays, podcasts, and full on series. I owe my audience everything.

On a closer level, my partner Sean Persaud certainly gives me the most encouragement and keeps me going when this career is difficult (which, spoiler alert, is often!). He believes in me and that helps me believe in myself. But more than that, I have grown so much as a creative because I want to help him succeed. I think he is the best actor and writer in the world and I never saw myself going to the lengths that one has to in order to produce projects until I was doing it for him. Producing is stressful and frustrating and scary, but if I’m doing it so that something he wrote gets to have a life, it is all worth it. And that in turn has only stretched me as a creative and made me grow as a person. It’s all intertwined. 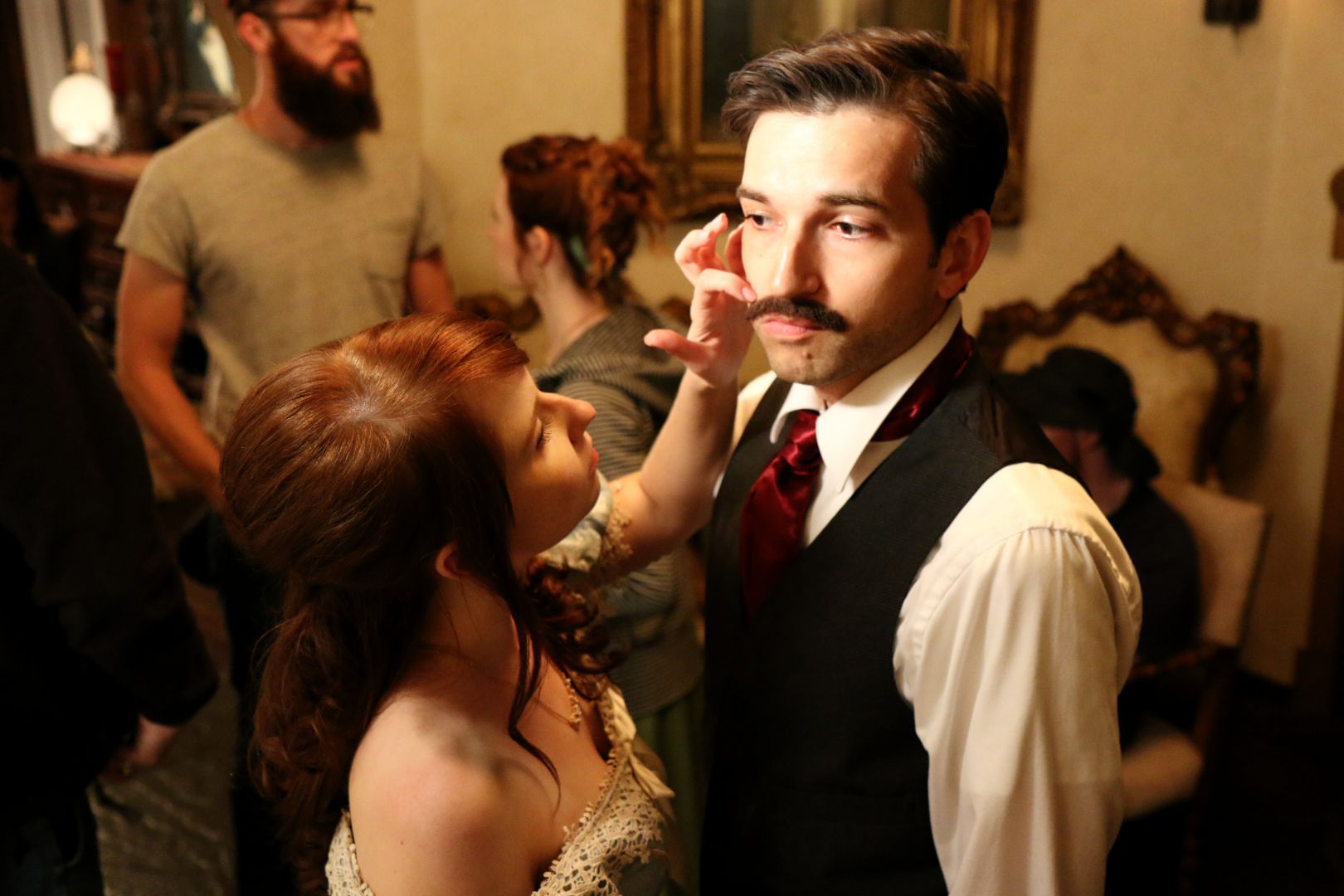