We had the good fortune of connecting with Matt Graham and we’ve shared our conversation below.

Hi Matt, do you have some perspective or insight you can share with us on the question of when someone should give up versus when they should keep going?
I used to have a photograph of me sitting in the garden of a house in Santa Fe, New Mexico in the late 90s wearing a t shirt which bore the phrase “NEVER GIVE UP.” There’s a big smile on my face. The house where it was taken burned to the ground shortly after the picture was taken as a result of a wild party that got out of control in which a candle was left burning.

I have no idea why I was smiling like that. Back when that photo was taken, I had no idea how hard ahead the road would be. The truth is though that it you had warned me, the truth probably wouldn’t have dissuaded me. The creative life is a brutal one, but giving up is a luxury which no-one on this path can ever entertain – its the single thing that will destroy you. Aristotle told Alexander the Great that the greatest victories were the ones over the enemies within. You have to keep going until you succeed. The strange thing is, once you’re committed in this way, everything else is easy – because you’ve made the most important decision, to confront your fear of failure. 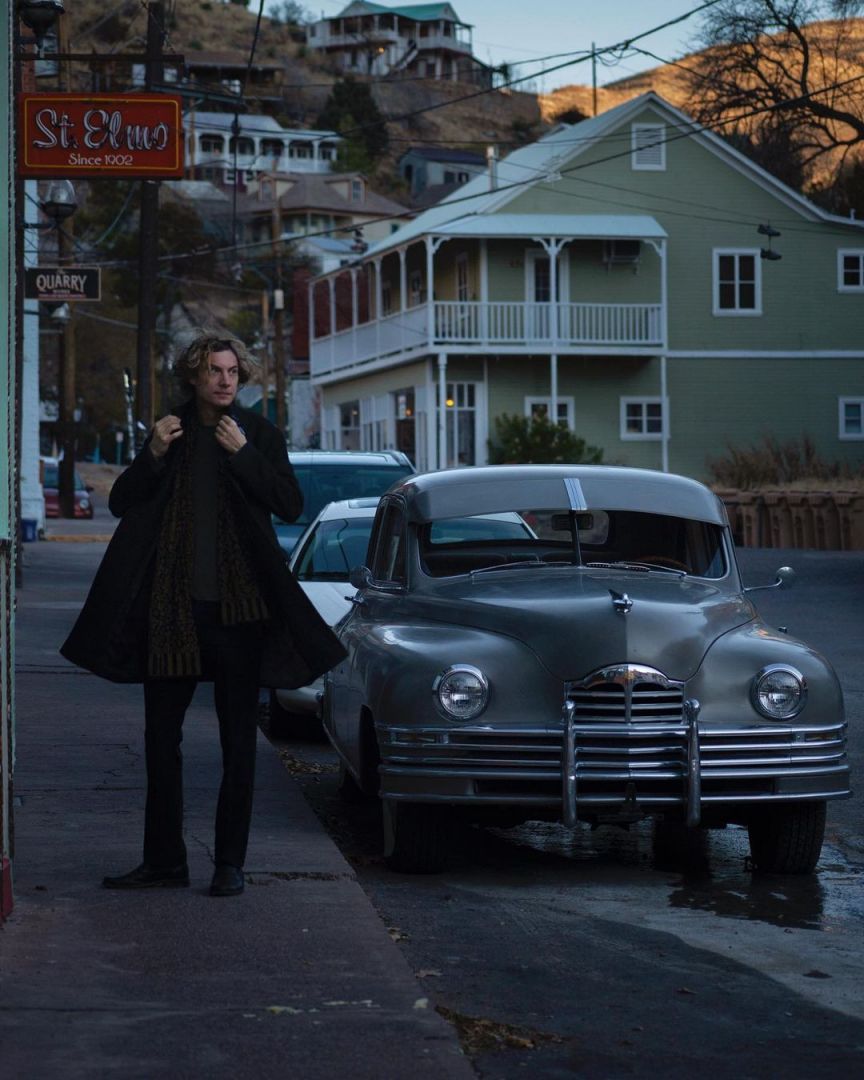 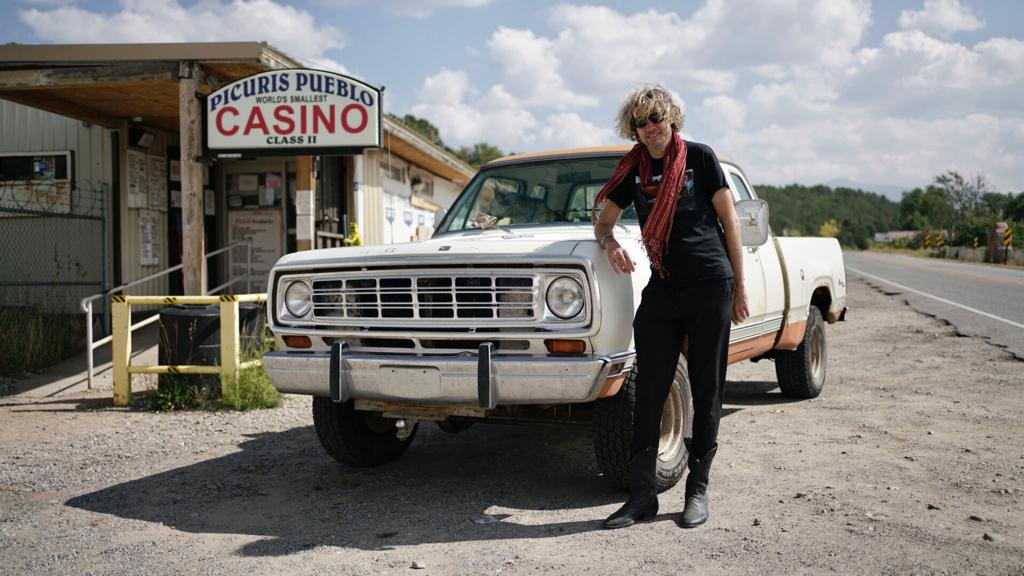 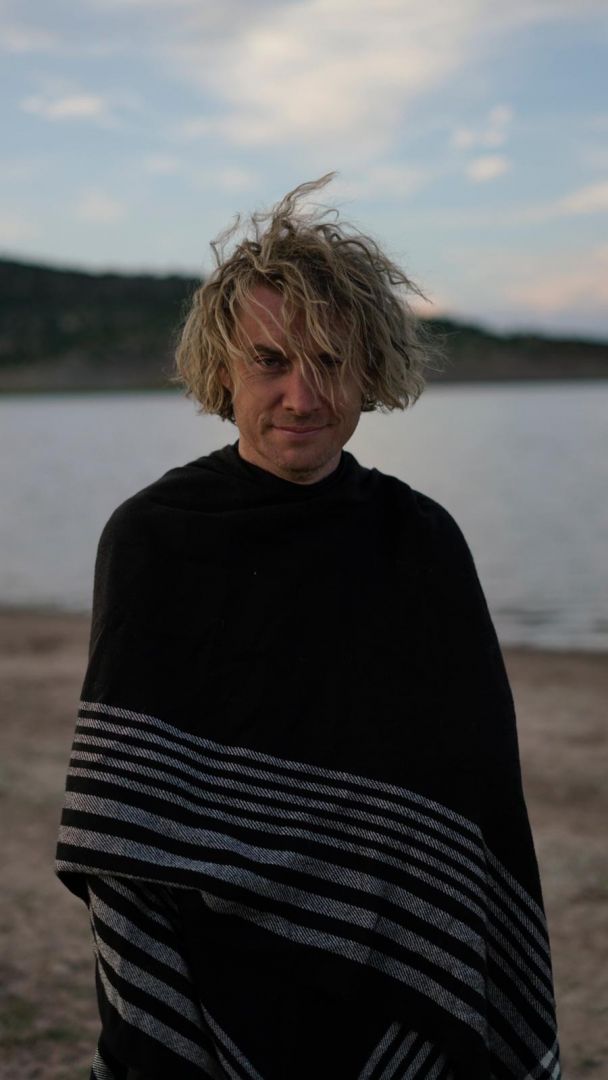 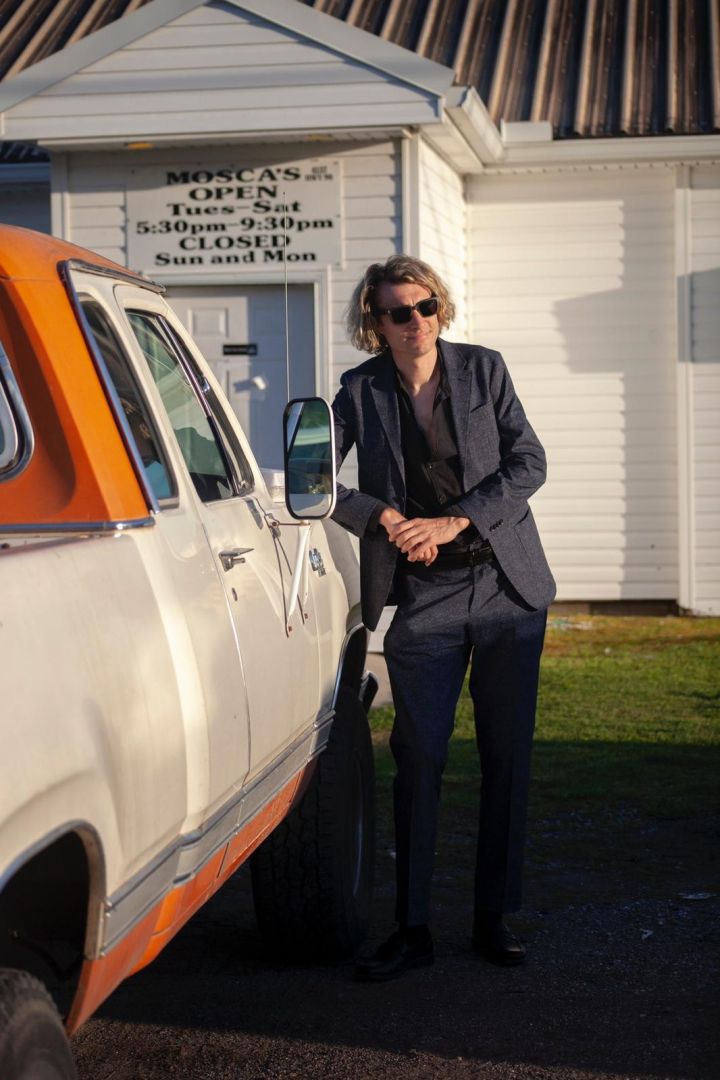 Let’s talk shop? Tell us more about your career, what can you share with our community?
I always say I write about History as Crime. In Hollywood, my big break came working with Oliver Stone, who was kind of the perfect person to help me establish this personal brand. His stories are seminal to our age – just re-watch JFK.

History electrifies me. Specifically, I’m interested in that gray area where crime meets politics for their mutual benefit. Its that sacred dramatic space where high and low life come together.

I look for characters going through unbelievably intense emotional experiences and journeys – in my writing as in my life, I’m only interested in extremes.
I want the audience to be physically shaking when they finish the story – the same way I reacted to the American movies of the 90s that I grew up watching in England.

The biggest lesson I’ve learned along the way? That’s easy. Always to be Humble and to control your ego. Never think of yourself as important, or what you deserve. Try to be of service to others. We live in a culture of bragging – and this illustrates your own insecurities and makes others feel bad. Don’t brag about your achievements, don’t name drop – just work hard. In the recent documentary, The Defiant Ones, Dre’s wife tells us that what she found electric about her husband was “his confidence, but with humility.” The most successful people I know have these two qualities in abundance.

Let’s say your best friend was visiting the area and you wanted to show them the best time ever. Where would you take them? Give us a little itinerary – say it was a week long trip, where would you eat, drink, visit, hang out, etc.
A friend reminded me that Heraclitus said:  “A man never crosses the same bridge twice, for it is never the same bridge and he is never the same man.”  I believe the same to be true of bars – where the repository of mankind’s wisdom can be found.  Five minutes later, we were thrown out of The Alcove on Hillhurst, but that’s another story.  We should’ve gone to The Drawing Room.

Bars are my thing – I love them, particularly the grimmer the better. Bars tell you all about a place. They’re also where you can find peace. I once dropped into a bar in Truth or Consequences, New Mexico, and spent less than five minutes, sitting there, at one with the universe. And a little secret about me: I don’t even drink.  For me, The French House in London, or The White Horse Tavern in New York are my equivalent of the Library of Alexandria.
So I would take my friend to the great bars of SoCal and my tour begins in LA with Taix: the last of the great bars of LA in Echo Park. Any tour of mine would start there. The bar is one of the last survivors of LA’s origins as a frontier city, the Bella Union on Main Street having long since become a parking lot. A piece of the city’s history, its survival is now an open question.
So on my tour, I’d hit the bars of Los Angeles, but then I’d drive out to town for a few drinks.
I would drive out to The Palms in Wonder Valley, deep in the desert if you can find it out on Amboy Road. Wonder Valley is the last line of settlement in California, a remote spot of great beauty. From there, I might continue to have a drink at the Pioneer Saloon over the state line in Nevada, or continue on the 62 all the way to Parker, Arizona and up into the mountains to the Desert Bar.

Then, I would drive down to Baja California, have a drink at the Dandy del Sur in Tijuana on Calle Sexta, and enjoy their extraordinary jukebox – and then have a night cap at the bar of the Hotel Nelson a few blocks away. The next morning, I’d drive all the way down to Alfonsinas, ten hours to the South, through the rocks and Saguaro groves, a little hidden hotel on the Sea of Cortez whose remoteness deters all but the most intrepid visitor. It used to be that you could only arrive there by plane.

And from there, having a drink on the beach, I’d stop and think about the little things that make this wonderful life worth living – because that, I believe is the secret of life: Enjoying the Little Things.   And the next morning, I’d keep going South, till I got to the ferry to mainland Mexico, and then I’d take it, and keep going, to Mazatlan, to Puerto Vallarta, and further South, until I couldn’t hear anything but the pure sound of the universe around me. 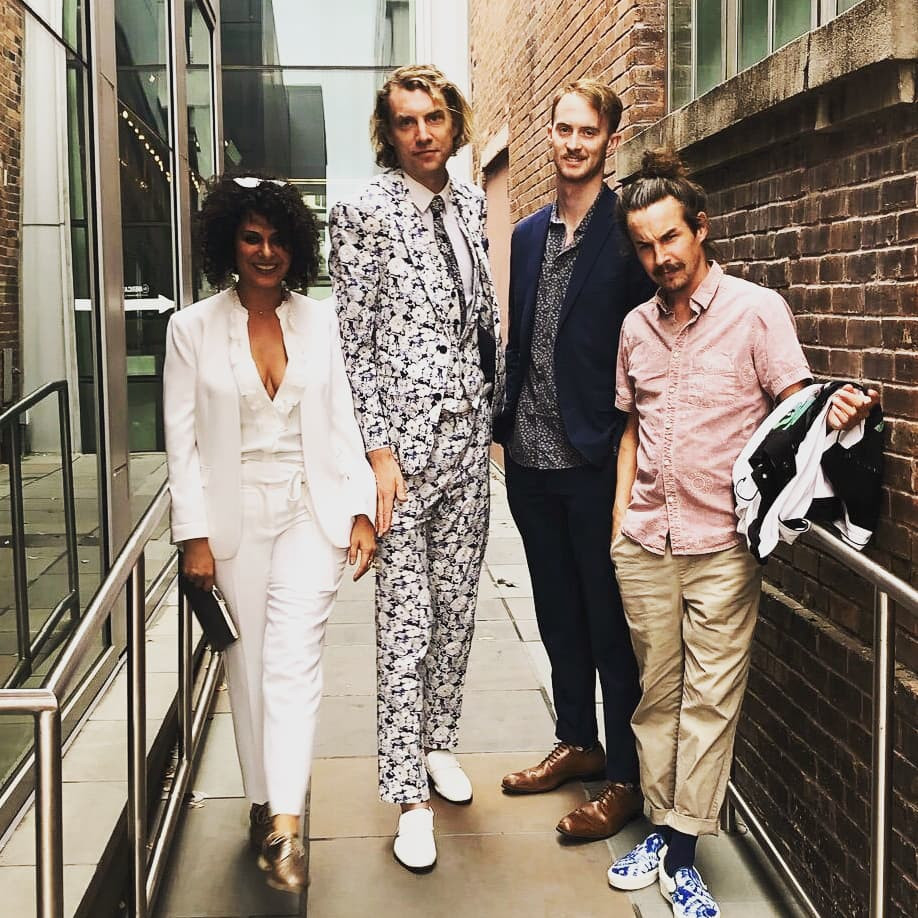 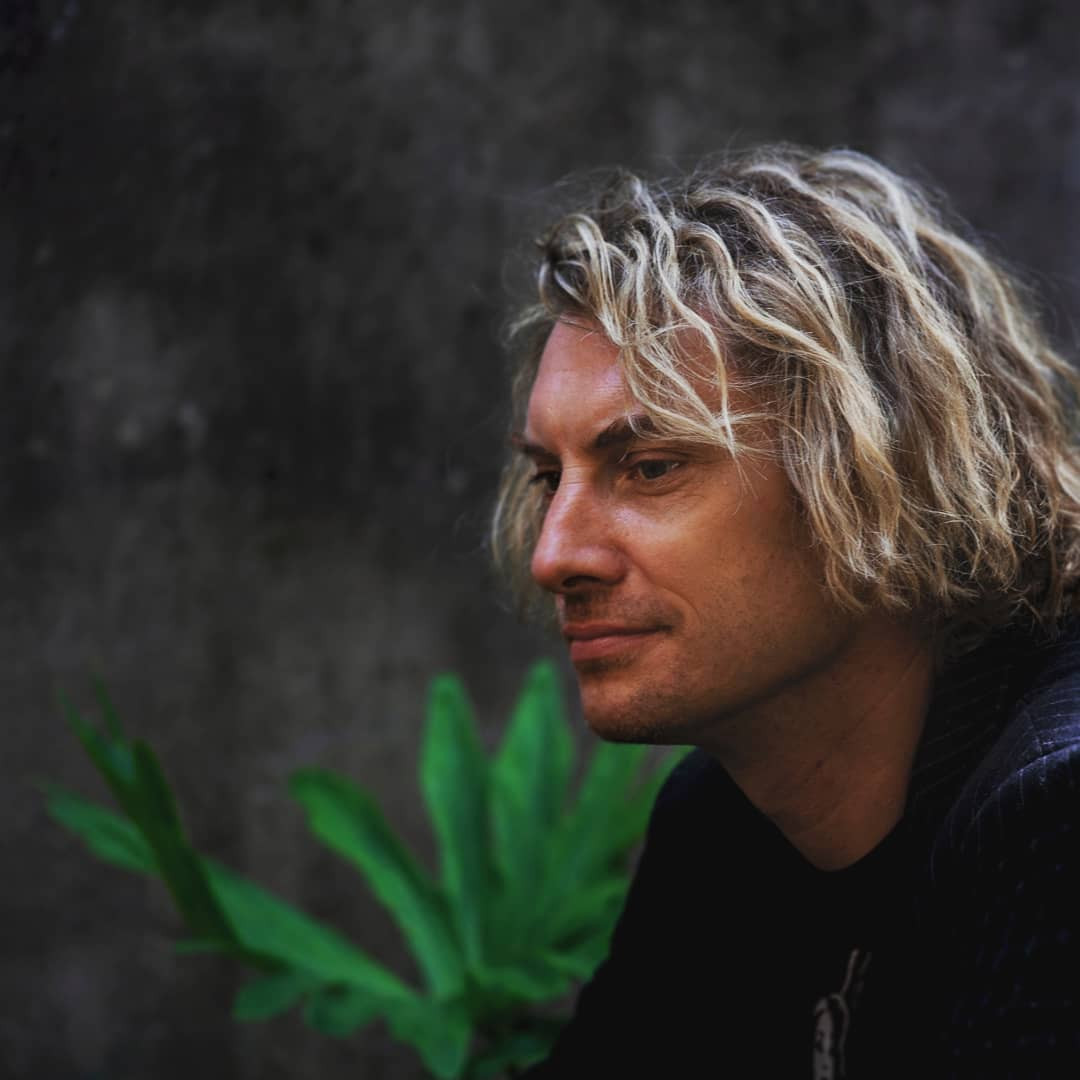 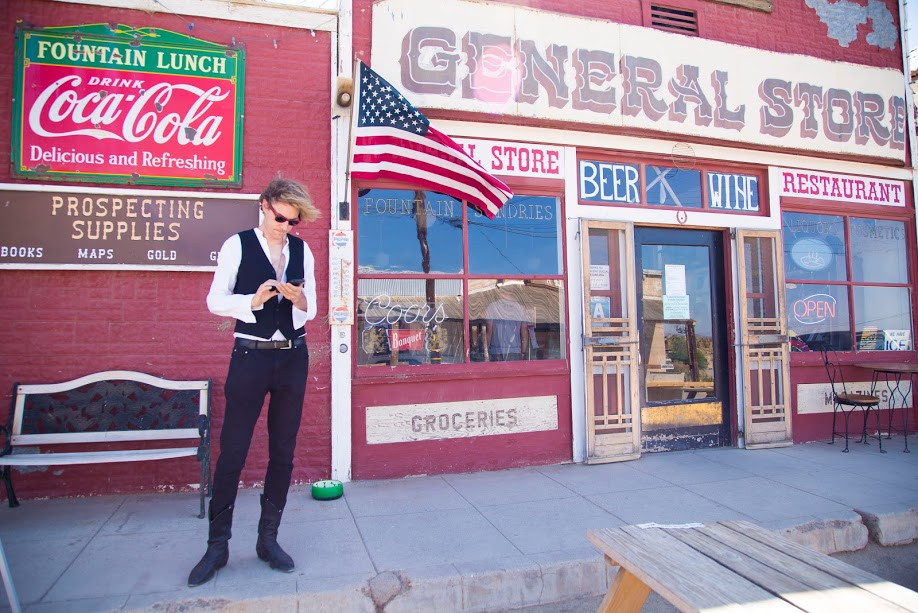 Shoutout is all about shouting out others who you feel deserve additional recognition and exposure. Who would you like to shoutout?
Having someone believe in you is an electrifying feeling, and I’ve been so lucky to have many of these people in my life.

Someone pointed out to me that when you leave your home and arrive in LA, your friends become your new family, and its a family you choose. So I want to dedicate this shout out to my friends – who are my adopted family. I’m not going to name them lest I leave someone out, but they all know who they are. They’ve stood behind me all the way on this journey and always supported me when things got tough. And things got tough a lot. My strong network is what keeps me here and keeps me sane. They’re my family. I’ve also had the greatest industry mentors, older, more experienced writers who’ve guided me on the right way and taught me how to cope. I’m truly a lucky guy.

There’s a pretty special person in my life right now. She’s one of the few Renaissance People I know; a true artist, a philosopher, and a genuine Pioneer. She’s really struggled the last few years, and watching how well she manages her life makes me want to be better with mine. I’d like to dedicate this shout out to her. I hope she reads this. She knows who she is.

I’d like to shout out to my two adopted home towns – Buenos Aires, Argentina, which made me who I am today, and Los Angeles, which gave me the strength to realize what I could be. Both made me welcome. Both completed me.

Finally, the excellent Ken Burns documentary on Ernest Hemingway reminded me of something else I’d like to give a shout out to – Anthony Burgess’ biography of Hemingway. When I was younger, I had no idea what the life of a writer would look like. Hemingway’s life, brought alive by Burgess, gave me a little of what to expect – the highs: the heightened sense of taste and of feeling, the lust for exploration and foreign travel that you’ll experience – but also the lows, the constant depression that you’ll struggle with – and the bad qualities of the writers life that can lead you to become an insufferable bore. The book was a roadmap for me into the Unknown and if you can find it, is a wonderful read.

And  another thing; the cover of the seminal 1995 Chemical Bros Album Exit Planet Dust showed a man and a woman walking along a dusty road in what I knew to be California.  The album had a huge effect on me – but looking at the image, I thought: I don’t know who those people are, or what they’re doing on the roadside in backcountry California, but that’s the kind of life I want.  So I’m shouting out to The Chemical Bros too.