We had the good fortune of connecting with Matt Yocum and we’ve shared our conversation below.

Hi Matt, we’d love to hear about how you approach risk and risk-taking
Taking risks is an interesting topic to discuss because there’s typically some sort of assessment that takes place before hand where you evaluate the potential risk against the potential reward. A lot of it probably comes down to personality and how risk averse a person is or isn’t. That being said, in life there are often defining moments in which taking risk, especially when you’re young and starting out in a career, where risk taking can be extremely rewarding.

One of the biggest risks I took was moving out to LA, starting a job at a small post house, and then deciding to leave that stable income source in order to pursue freelancing. I definitely had a moment where I wondered whether what I had just done was really the right course of action and it was scary but it paid off. In this case the risk wasn’t as great as the potential reward because I could always get another full time job if I needed to but thankfully that didn’t end up being the case. 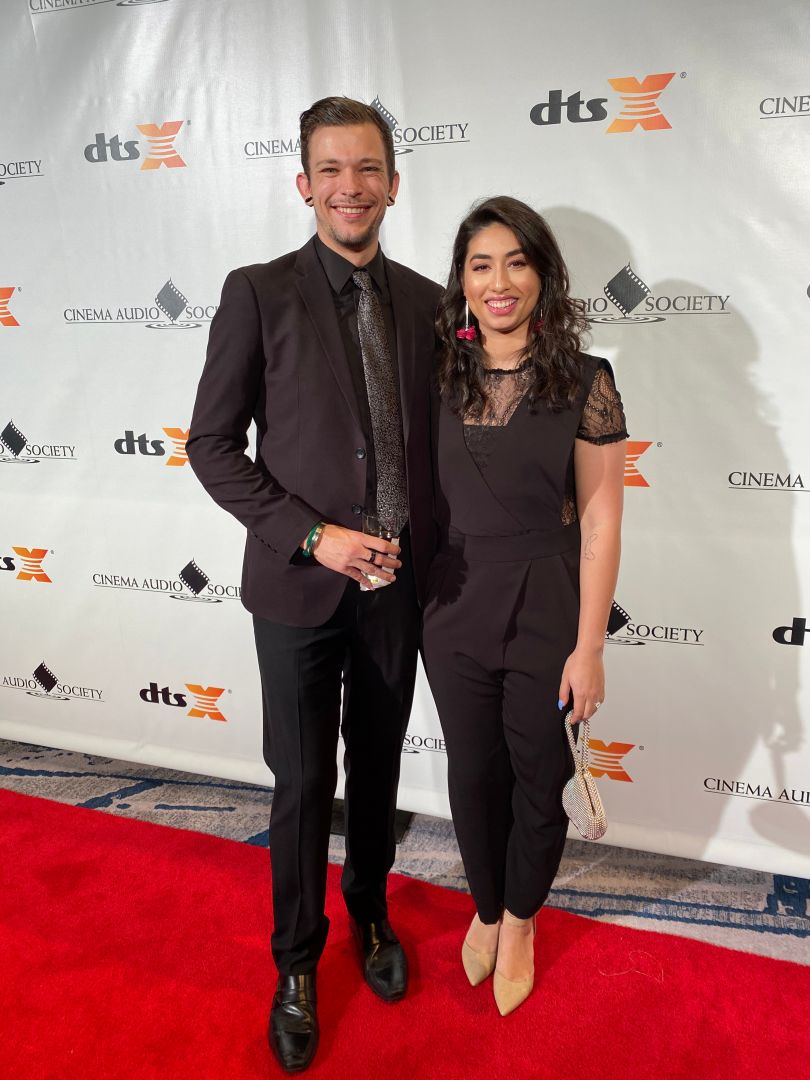 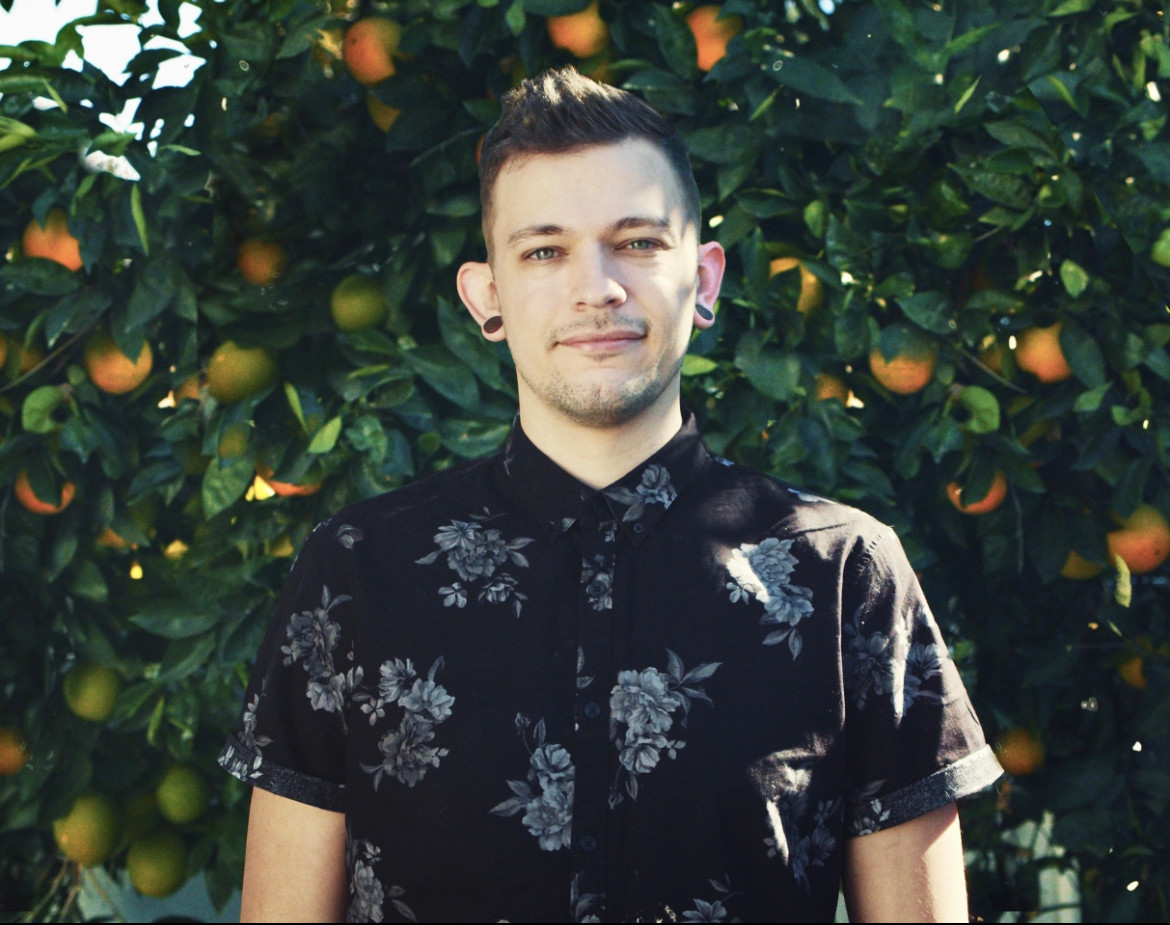 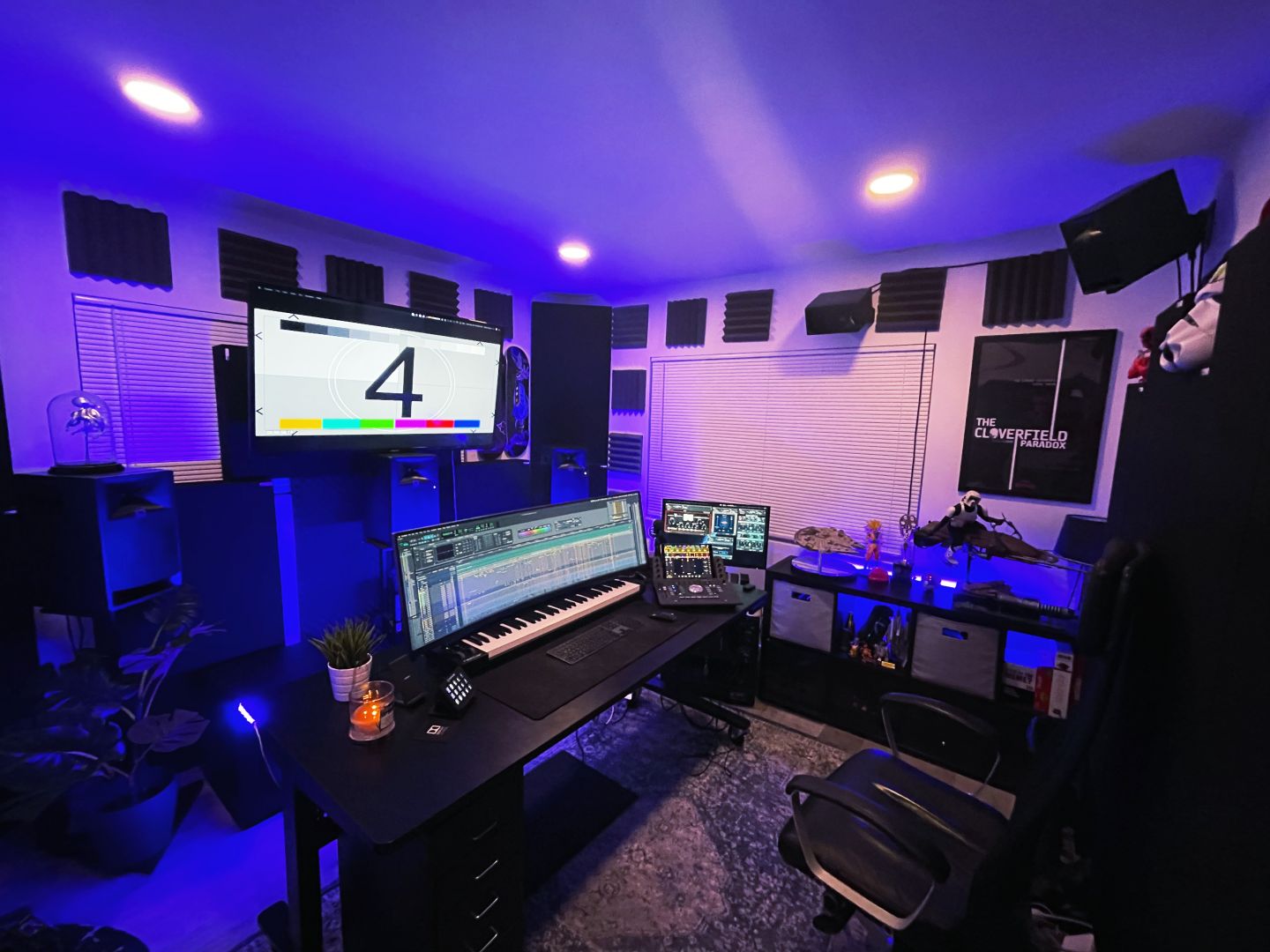 Alright, so let’s move onto what keeps you busy professionally?
I’m a sound designer which means I work with audio in a variety of ways for film. Contrary to most people’s first impressions when they hear me say this, I do not work in the music department or create score. They’re a totally separate deparment. You can think of a sound designer’s job as everything else that you hear in the films you watch besides the score. We create the ambiences for the environments our characters are in, we choose and edit in sound effects that support the narrative on screen, sometimes action packed and sometimes more mundane.

The interesting thing about sound in film that I don’t think most people realize is that almost none of what you hear in a movie besides dialogue is actually recorded on set. That awesome car chase scene you love? All of those effects for the cars, the engines, the tires, the wind, were all placed in with careful attention to detail after the fact. Thats just one example!

I wound up on the path for this career by way of music, as many in our industry do actually. In sound design, even though we’re not working with notes and rhythm in the traditional sense, there’s lots of rhythm and application of the same ideas in our art as well. From my time spent learning music in high school I developed a love for audio and my teacher, Mr. Gill, always encouraged the students to explore many aspects of audio aside from traditional music production. From there I learned about film sound and that led to my decision to attend the Savannah College of Art and Design where I majored in Sound Design for film. Once I graduated I spent a short amount of time at an internship in New York City and then moved to LA to pursue my dreams of working on Hollywood films.

The journey from where I was to where I am has taught me many things, not the least of which are patience, persistence, and the incredible importance of networking. Patience because there is certainly an aspect of “the right place at the right time” and there’s no real way to predict when that might occur. The only thing you can do while waiting for that right time and place to come along is to make sure you’re well prepared for when it does! Persistence because there were plenty of people that I met along the way, people I knew either personally or even in interviews, who would laugh at my goals or tell me they wouldn’t bother. You have to learn to take that sort of opposition and to let it fuel you to prove them wrong as opposed to letting it discourage you. Networking is a huge part of the puzzle, especially in a career path as niche as mine. An important thing to understand is that beyond having technical or creative abilities, you need to also be nice to be around. People want to work with other cool people in most cases. No matter how talented or technically able you are, if you’re unpleasant or don’t understand how to simply be chill then life will be much harder for you when you’re seeking to move upwards and onwards.

If you had a friend visiting you, what are some of the local spots you’d want to take them around to?
Some of my favorite places to take people in LA are to the Universal City Walk, specifically to the AMC theater there which has every room equipped with laser projectors and Dolby Atmos, to nearly any of the amazing Korean BBQ spots in Korea Town, and to Santa Monica to see the pier and walk along the strand, because who doesn’t love the beach? 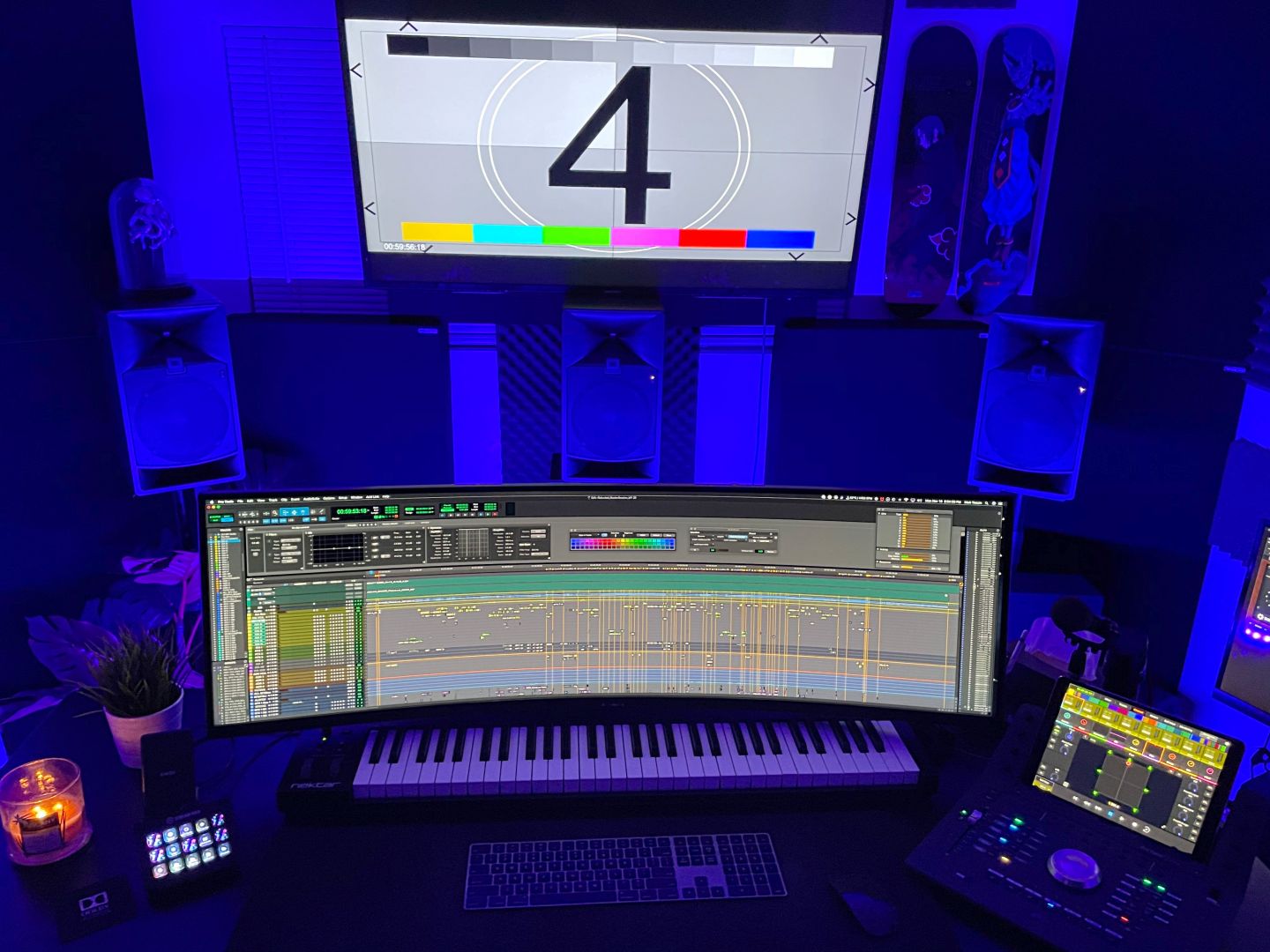 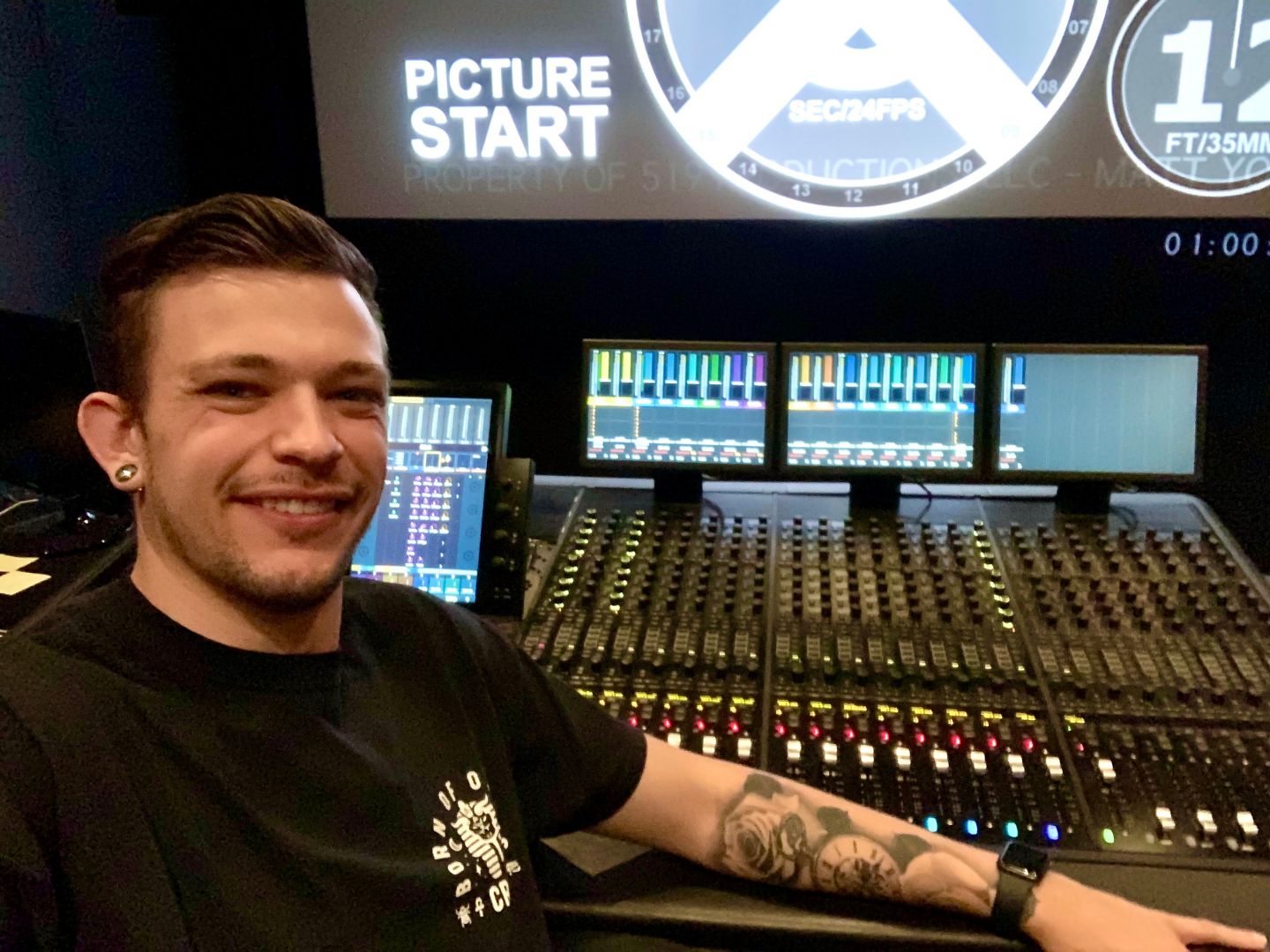 Who else deserves some credit and recognition?
The people I’m most thankful for in my life, for helping me grow to be where I am today, are my family first and foremost. They always supported me in whatever path I chose to pursue, even if those paths often were outside the “normal” path that many take.

My wife who has been with me for eight years now and has always been there to support me and help me grow both as a professional and as a person. She’s my best friend and the person I can be most myself around and I love that about our relationship.

My friends, because life is just better with them in it! I’ve been lucky enough to find a group of friends who encourage and support each other’s success as opposed to being envious or selfish.