We had the good fortune of connecting with Matthew Koss and we’ve shared our conversation below.

Hi Matthew, what role has risk played in your life or career?
The most significant risk I’ve taken in my career was moving from Melbourne, Australia, to Los Angeles, California, with two suitcases and a student visa in 2014. It has been a tumultuous journey through extreme highs and challenges that have made me question what I truly want out of a career in the entertainment industry. In the year before the pandemic hit, I realized that I was willing to take as many risks as possible to prove my capabilities and move forward in my career. However, after accepting a new job at a management/production company, the reality of taking risks became much more severe.

After two months of interviewing for a film and tv development position, I got a job offer. The pay was predictably low, but it would be working with a producer who had one of the top-rated shows on Netflix. The catch? I would also have to assist a talent manager. The prospect of being a part of the development team, working with writers, and seeking out material that could be at the same level as the company’s hit show was the motivation I’d been craving. I surmised that working with a talent manager would expose me to more sides of the industry. I was ready to learn, and finally, I could retire my Postmates sticker and delete the WAG app from my phone.

I was finally hired.

The weekend before I started the new job, I sent an email to the Producer asking if I needed to take out medical insurance or if the company provided benefits. I received a disgruntled email back saying, “Sorry it’s not working out. Good luck,” and that was all. My fingers hovered over the keyboard, frozen with fear that I’d just lost a promising opportunity. My housemates helped me decipher each word as it appeared in the email. ‘Good luck’ could mean in life or the same job. Was it not working out because I was looking to understand my position’s parameters? I was supposed to start in two days! I responded back to clarify that I was only asking if I needed to take out insurance, and the response I received confirmed I would need to pay out of pocket. “We look forward to seeing you on Monday,” led me to question whether I was making the right decision. What was my value if they could take away the job offer so quickly and callously without conversation or clarification?

Taking this job would be a risk, but I determined a rough start could be transformed into a superb finish. The risk of not taking the role would mean losing an opportunity to learn, and I was determined to make some lemonade out of this sour introduction.

On my first morning, I arrived at the office and spoke with the talent manager, who seemed as easy-natured as in our first meeting. It immediately became clear I would need to hit the ground running. I started on emails and gradually picked up the names of clients and their teams. I compiled a list of all the projects he had in development and began answering calls. The administrative side came easy to me, so I was eager to dive into the development meetings and meet the team.

When the Producer arrived, I was called into his sparse office, ready for whatever tasks may arise with a large notepad in hand and a pen full of ink. He asked me if I had met the two additional executives I would be assisting, but they were names I hadn’t heard before. I hadn’t interviewed with anyone besides the Producer and the talent manager. To my surprise, he said that I would also be assisting a literary manager with more than fifty clients and the President of Production, who was currently in production on a sizeable budgeted film. So instead of working for two people, I would now be working for four.

Four? How would this be conceivable? The prospect floored me since I had endured a horrific experience working for three talent managers a few years prior. I stewed at my desk, wondering how any of this made sense. How would I cope with assisting four executives across talent, lit, production, and development? It was my first day in the office, and I felt the stinging apprehension the previous weekend’s email exchange had bestowed upon my psyche.

I returned to the Producer’s office and asked how the workload would be manageable? He told me it would be fine and that I should speak with each executive individually, but also to remember that the development team met weekly, and I was to bring in new material. As I walked back to my desk, deflated to hear the initial compensation for my assumed position supporting two executives would go unchanged with two additional taskmasters, the other assistants in the office turned and gazed at my sunken posture. It was not the first time the Producer had taken advantage of a recently initiated assistant, and I was sure there were bets on my survival.

So I decided to take a risk.

I would prove myself capable of handling the workload, so I could make a convincing argument to remove an executive from my load after a few months. We could put each name in a hat, pick one out, and that executive would be plucked from my shoulders and sent to explore the notion of self-sufficiency. I had wanted to prove myself exceedingly competent on the development side that I organized a networking event while visiting family in Australia to source more writers. It was a very successful night, and I felt like I was cementing myself in the company as capable, engaged in the work, and undeniably indispensable.

But it was all to the detriment of my health. After a couple of months I stopped eating. My anxiety had peaked with the amount of work I was contending with, and I could no longer swallow food. My boyfriend took me to the emergency room, and I was administered a drip and prescribed steroids for my throat. I had spent every lunch break reading scripts at my desk while struggling to swallow the tiniest portions of food. Each executive had their own needs, and there was seldom crossover or downtime. Meanwhile, I worked with a dozen different writers on the development side, met more each week, and spent each weekend working as a screenwriting consultant to supplement income and find more material. It was a sink or swim situation, and I had no means to quit. I was a pinball thrown indiscriminately around the table, and my significant weight loss guaranteed I would not cope much longer.

As 2020 began, I gradually transitioned into becoming a literary manager, assisting only one executive and focusing on the projects I had accumulated within the development team. It felt like I was emerging from the turbulent waters, but the universe had other plans. The pandemic hit, and I was let go from the company within four weeks of the shutdown. Though my dream of telling stories was quickly closing, I was elated to have been released. I could breathe again, and my eating slowly improved.

I continued freelancing as a screenwriting consultant through the first year of the pandemic while exploring my writing. I started conducting interviews with writers, directors, actors and below-the-line talent nominated for Emmy’s and Oscar’s for awardsfocus.com, and wrote film and television reviews for my website thewanderingscreen.com. I pivoted, and with the same mentality I used to survive at the management/production company, I worked aggressively hard for myself, my happiness, and my love of entertainment. Now two years removed, I’ve found a powerful bookend to my time at that company.

I learned how to place value in myself, and that made the risk worth taking. 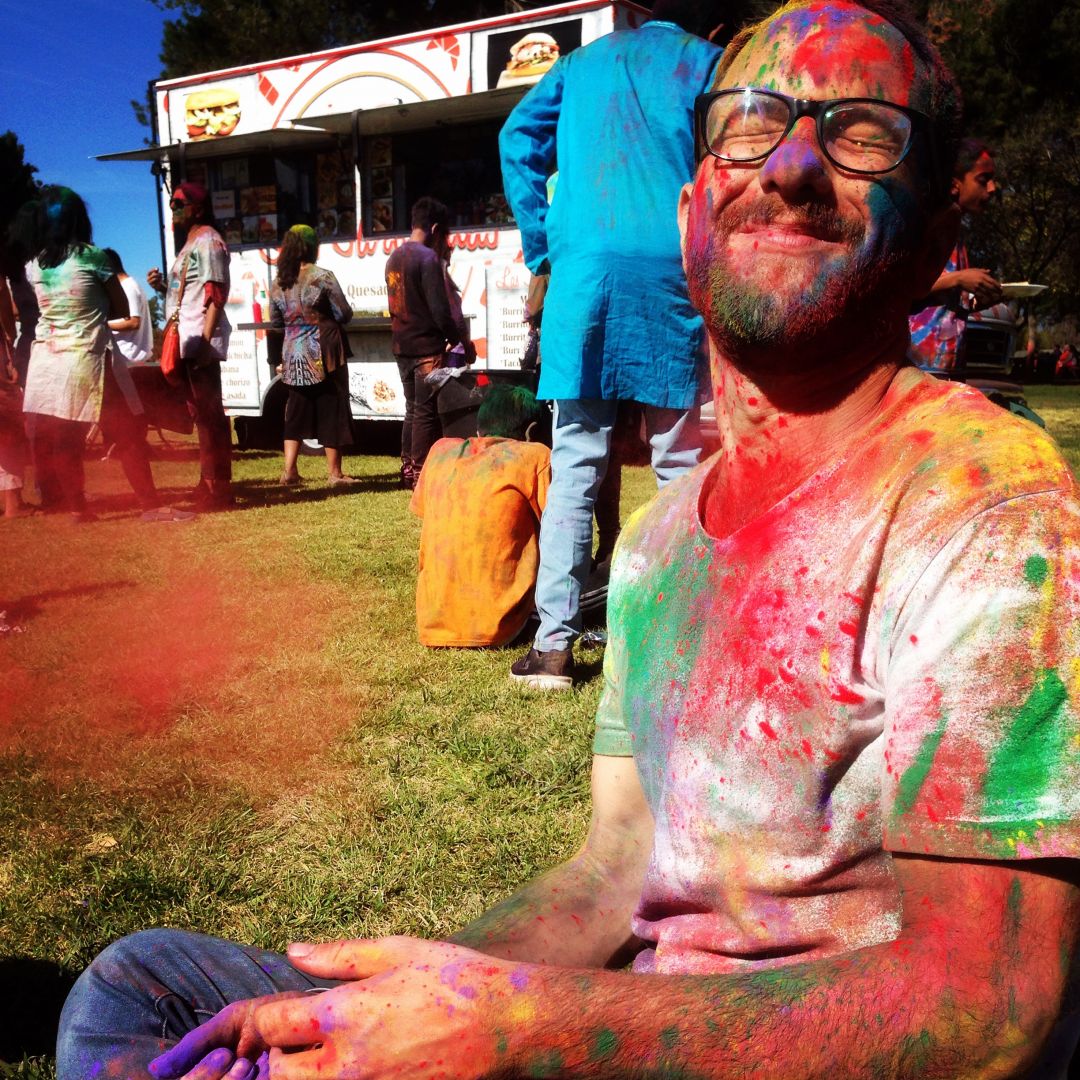 Alright, so let’s move onto what keeps you busy professionally?
I’m a writer who made a career pivot during Covid after being let go from my job. I’m so proud of the interviews I’ve been able to conduct and the people I’ve been able to work with. I’ve been in Los Angeles for seven and a half years now, and it’s been one hell of a rollercoaster ride. It’s through experiencing the highs and lows that I’ve been able to navigate the industry and support others new to the city. We all have a story to tell and for the first time in my life, I feel confident to tell mine. 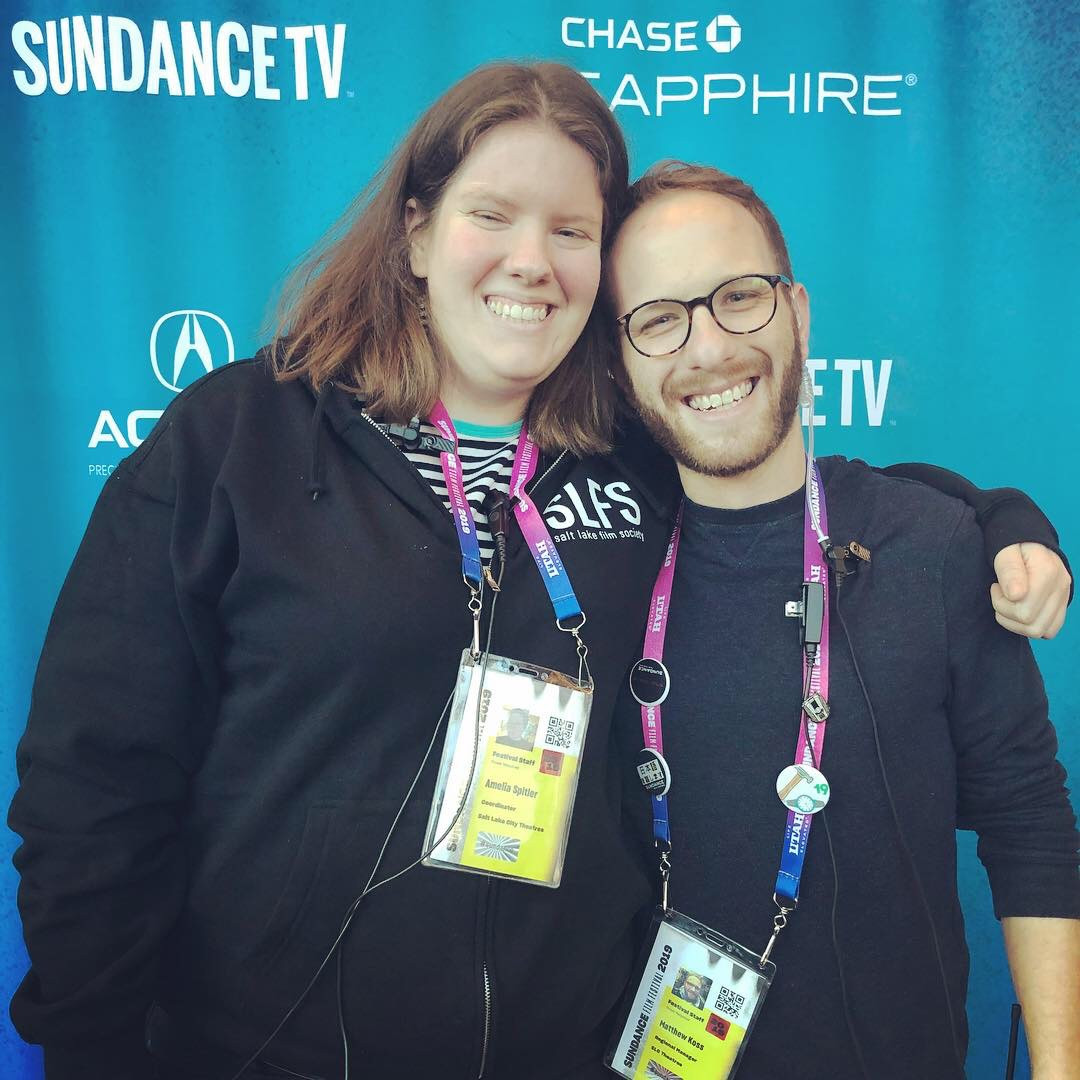 Any places to eat or things to do that you can share with our readers? If they have a friend visiting town, what are some spots they could take them to?
A week-long trip? Okay, brace yourself. First we would go hiking in the Angeles National Forrest on the Bridge to Nowhere trail. After braving the Monday evening traffic back to the East Side in Los Feliz, we will have a delicious meal at Mess Hall. Tuesday, we will chill a bit in downtown Burbank, seeing some movies and perusing the stores. We’ll end the day with a drive on Mulholland drive to catch the sunset. Now Wednesday, I have to work, so I’m giving my friend a list of downtown areas to explore, including Grand Park, Chinatown, and The Last Bookstore. I’ll probably whip up a spaghetti bolognese for dinner and we’ll sit on the balcony drinking wine until the traffic slows on Los Feliz Blvd. Thursday is beach day! We’ll head to Malibu Seafood and hike in Corral Canyon Park before having a swim in Topanga State Beach. We’ll end with a meal in Santa Monica. Now Friday, we’re just going to be cooking Shabbat Dinner all day, so the most we’ll see is the inside of an Albertson’s and four bottles of wine. Saturday, we’ll head to the Los Feliz Flea, catch a brunch at Home State and chill in Griffith Park for a few hours. We’ll head to Funky Soul at the Echo later that evening and have a night of dancing before gorging on street tacos! If my friend has not had the best trip in the world, I will refuse to drive them to LAX and they will have to uber there themselves. The end. 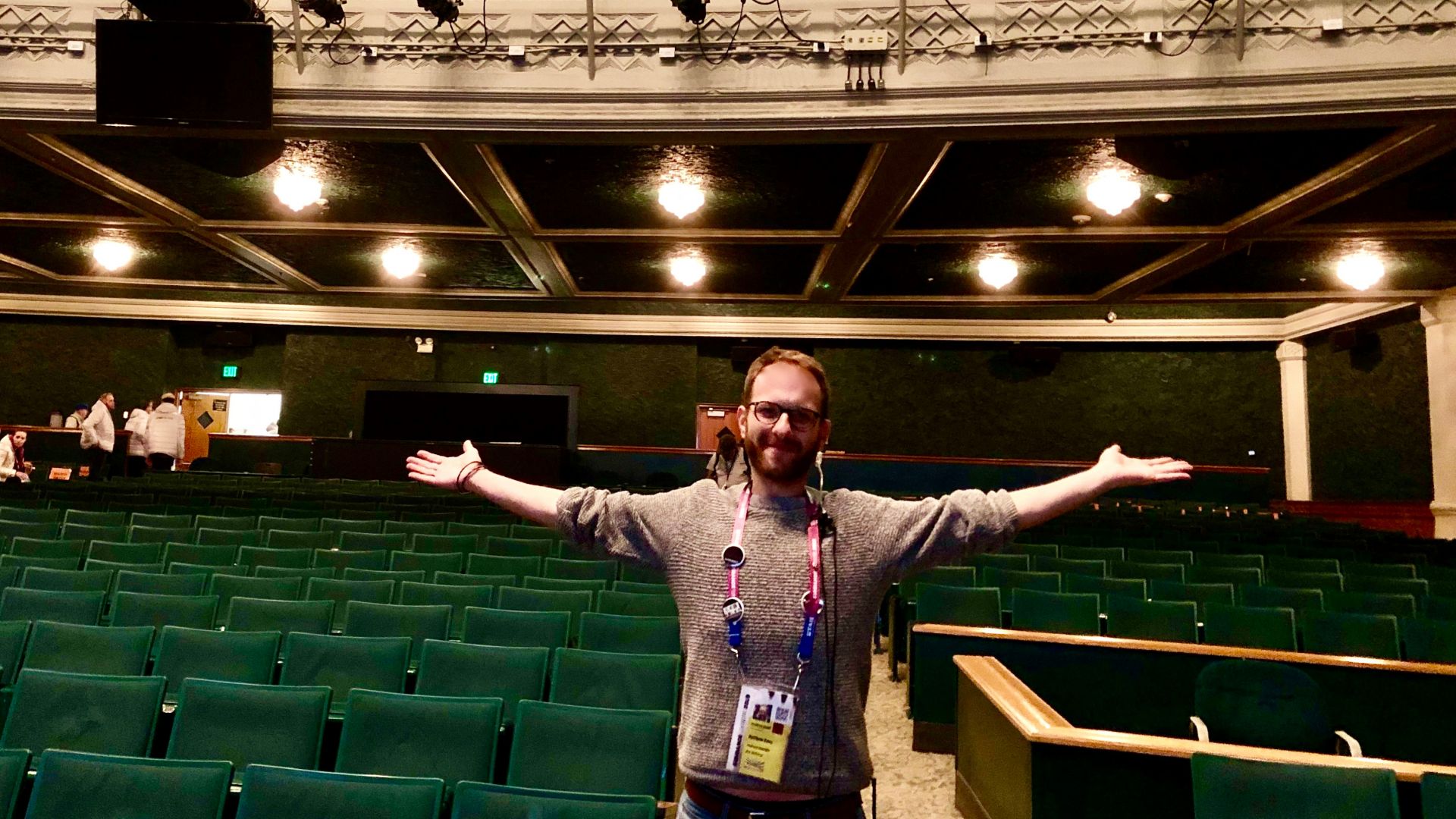 Shoutout is all about shouting out others who you feel deserve additional recognition and exposure. Who would you like to shoutout?
This story is dedicated to my loving, supportive boyfriend, and to my family who are spread across the world. I love you all. 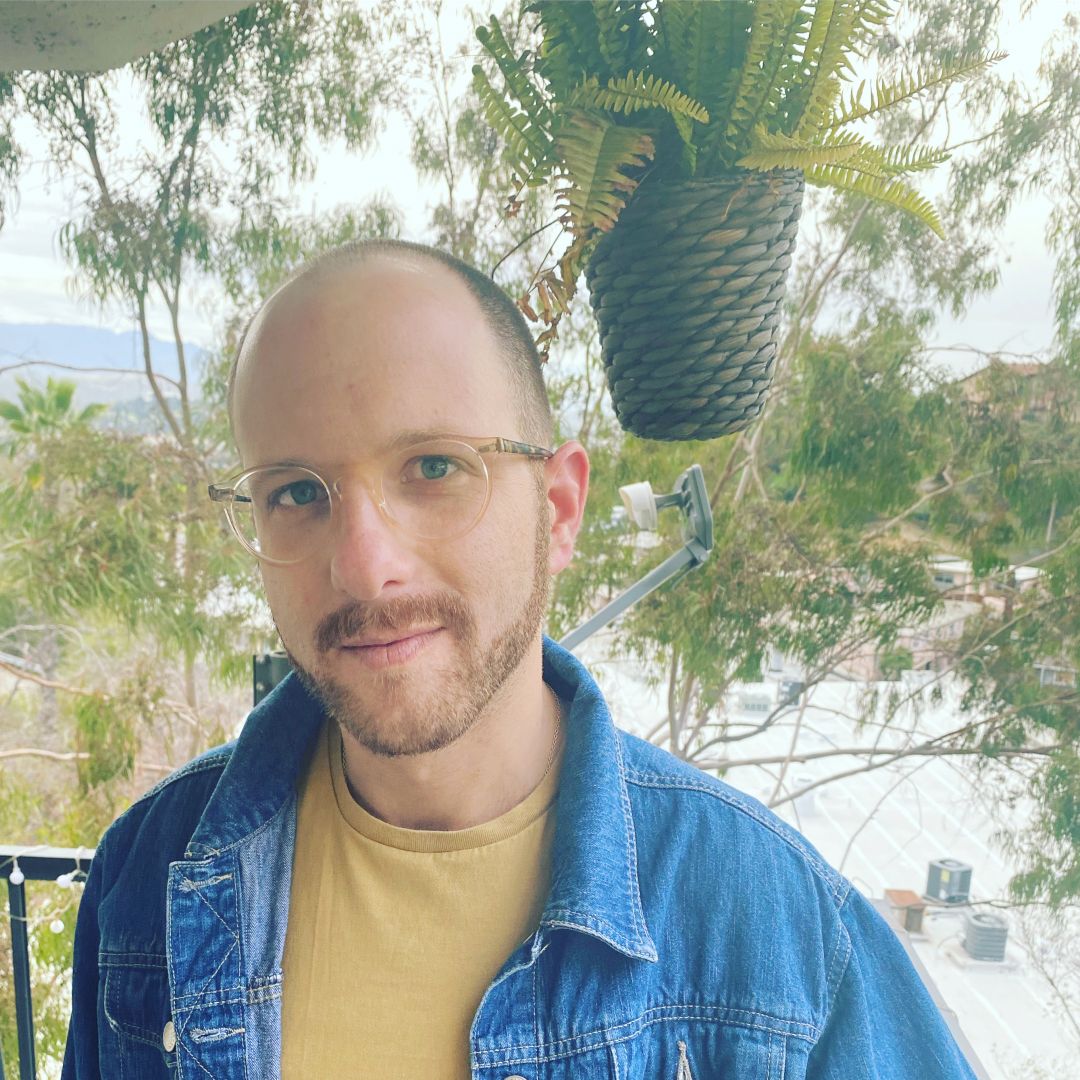