We had the good fortune of connecting with Meghan Ross and we’ve shared our conversation below.

Hi Meghan, how has your work-life balance changed over time?
Throughout my entire career, I’ve always had a “9-5” (loosely speaking, because some jobs have been way less understanding of having a life outside of work, or accepting of the fact that humans are not bots). But my day jobs weren’t always creatively fulfilling, which meant that my nights and weekends were when I pursued what I actually wanted to be doing with my life: writing and creating comedy (“creating” also loosely speaking, when you consider how much time I spent performing improv in bar basements for free in my early 20s).

I’ve had to balance so many side hustles and with full-time work and activism work, while also trying to somehow squeeze in time for family, friends, and many failed attempts at self-care over the years. I’d frequently get asked, “How do you balance it all?” and to be honest, I don’t have a great answer – I was just pushing myself to the limit each time and taking on more and more with no end in sight. And that came to a head during the start of quarantine, when I was laid off and most of my creative projects got put on pause, leaving me to figure out what my next move was. Pre-COVID, I was working on saying no to things that didn’t support the work I wanted to be doing, and then all of a sudden, I was saying yes to any freelance work I could get while balancing multiple COVID-friendly creative projects, which quickly led to burnout.

I felt extremely lucky to have eventually landed in the role I’m in today as Head of Creator Success at Seed&Spark, but hitting my limit in an unhealthy way last year has forced me to reexamine what I spend my time on, and assure I set those boundaries across both work and side hustles. The best advice I’ve received when it comes to this constant struggle is from Unbreakable Moms founder Juli La Rocca, who I interviewed on my late night stage show, That Time of the Month, back in February 2019. She discussed the metaphor of “filling your cup first before you fill others” and encouraged us to “give from your overflow” to others, versus giving from your empty or half-filled cup. My burnout was a result of me not prioritizing myself when I kept saying yes to everyone else. I had ended up personifying a shattered Dollar Tree wine glass (corny wine pun inscription included). 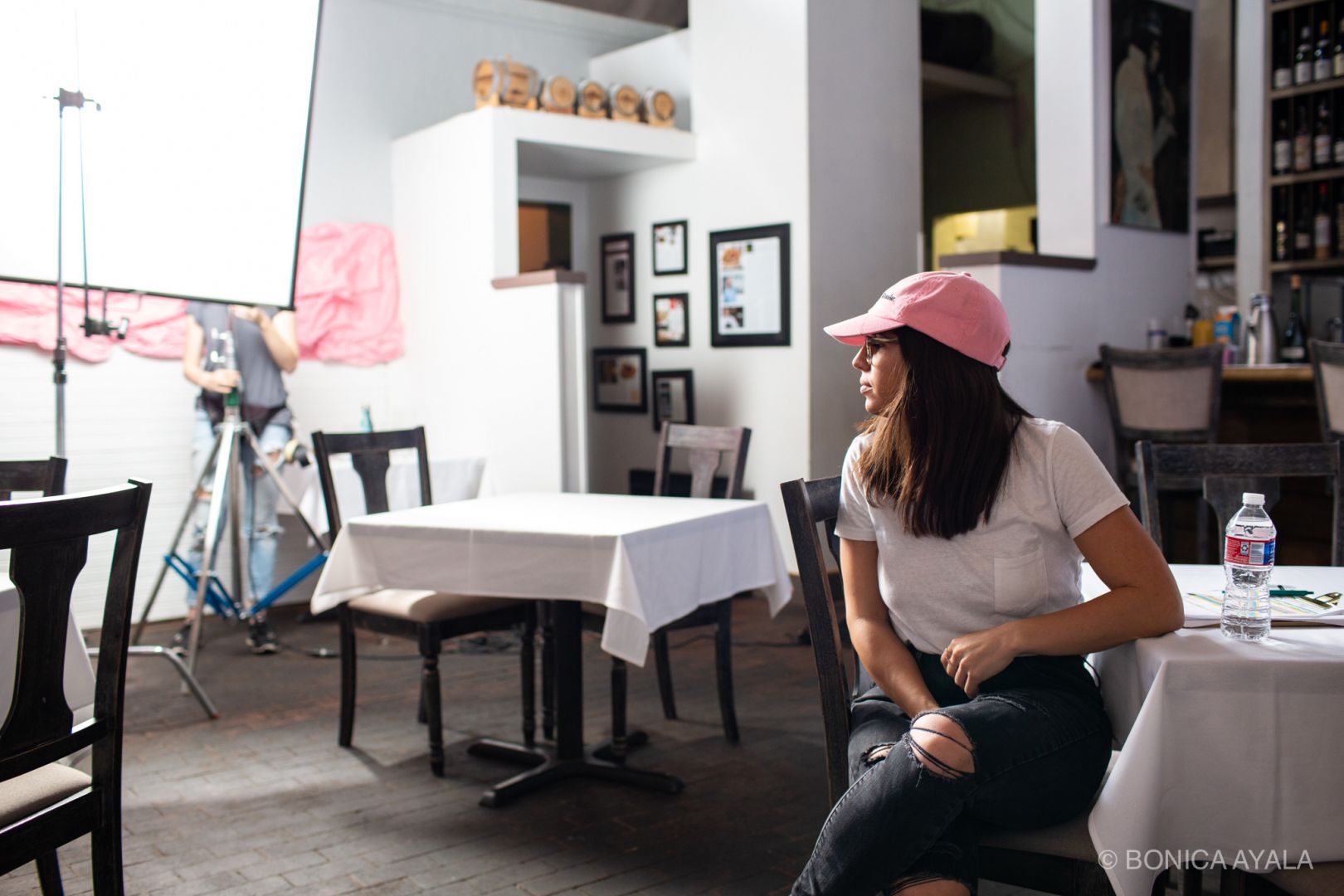 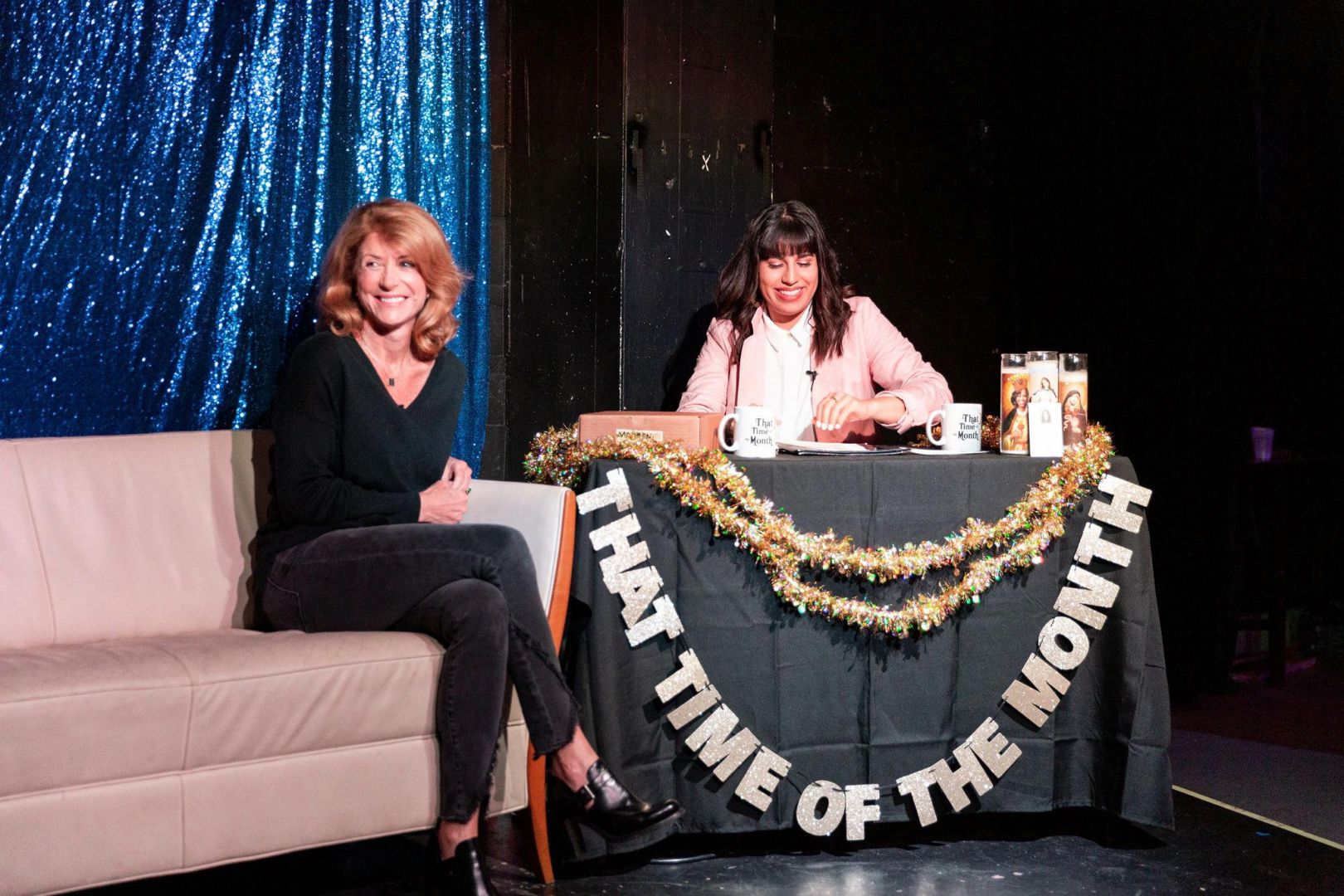 Alright, so let’s move onto what keeps you busy professionally?
It can sometimes feel hard to describe what I do because of the fact that it’s constantly evolving and taking new forms. I can use the catch-all phrase of “I do comedy stuff,” but that doesn’t really cover how it took me a decade to try all of the comedy things before I figured out what I really want to be doing, and the impact I want my work to have. Still, I’ve realized I needed to try everything on in order to get to where I am (like a chaotic mall trip). So while my credit score in the early 20s has a lot more regret for how much time and money I spent on improv and lugging bizarre props for poorly-attended sketch shows around New York, it allowed me to experiment with various mediums and also shaped my experiences based on who I saw get stage time over others. This led me to co-creating a late night show that addressed the lack of gender and racial diversity I witnessed on show lineups during that time.

Honing my comedic voice and thoughts on equity in the industry through That Time of the Month also paved the way for me to make my first short film once I moved to Austin, applying an inclusion rider to our cast and crew hires. And once That Time of the Month got put on hiatus during the pandemic, my desire to take a piece of the show and turn it into an Instagram Live series that was also both comedic and educational resulted in my next side hustle, No One Asked For This. Years of trying my hand at every type of comedic project I could explore helped me determine the stories I wanted to be telling, and how I wanted to get them told. Lots of credit card debt, rejections, and unpaid comedy gigs later, I’m now focused on developing comedy scripts and series that address social issues in accessible and relatable ways. So if I could go back in time to give unsolicited advice to 22-year-old me, I would tell her to keep at it (and maybe also don’t charge that overpriced improv class to your credit card), because there’s no one single way to get to the type of career I’ve now envisioned for myself. Even today, I’m still exploring and learning what I can do to have my voice heard in this industry.

Let’s say your best friend was visiting the area and you wanted to show them the best time ever. Where would you take them? Give us a little itinerary – say it was a week long trip, where would you eat, drink, visit, hang out, etc.
If someone was visiting Austin (and I welcome any LA friends to use this list on their own volition), I’d take them to some of my fave women and BIPOC-owned businesses across the city. That means drinks at The Tigress, breakfast at Crema Bakery & Cafe, brunch at Hillside Farmacy, lunch at Peace Bakery, dinner at Kemuri Tatsu-Ya or Kome or Din Ho Chinese BBQ, and dessert at Sweet Ritual or Zucchini Kill. For activities, swimming at Barton Springs, hanging at Yard Bar (yes a combination dog park/bar), and online shopping/curbside pick-up from The Paper + Craft Pantry and the makers behind Broad Studios. 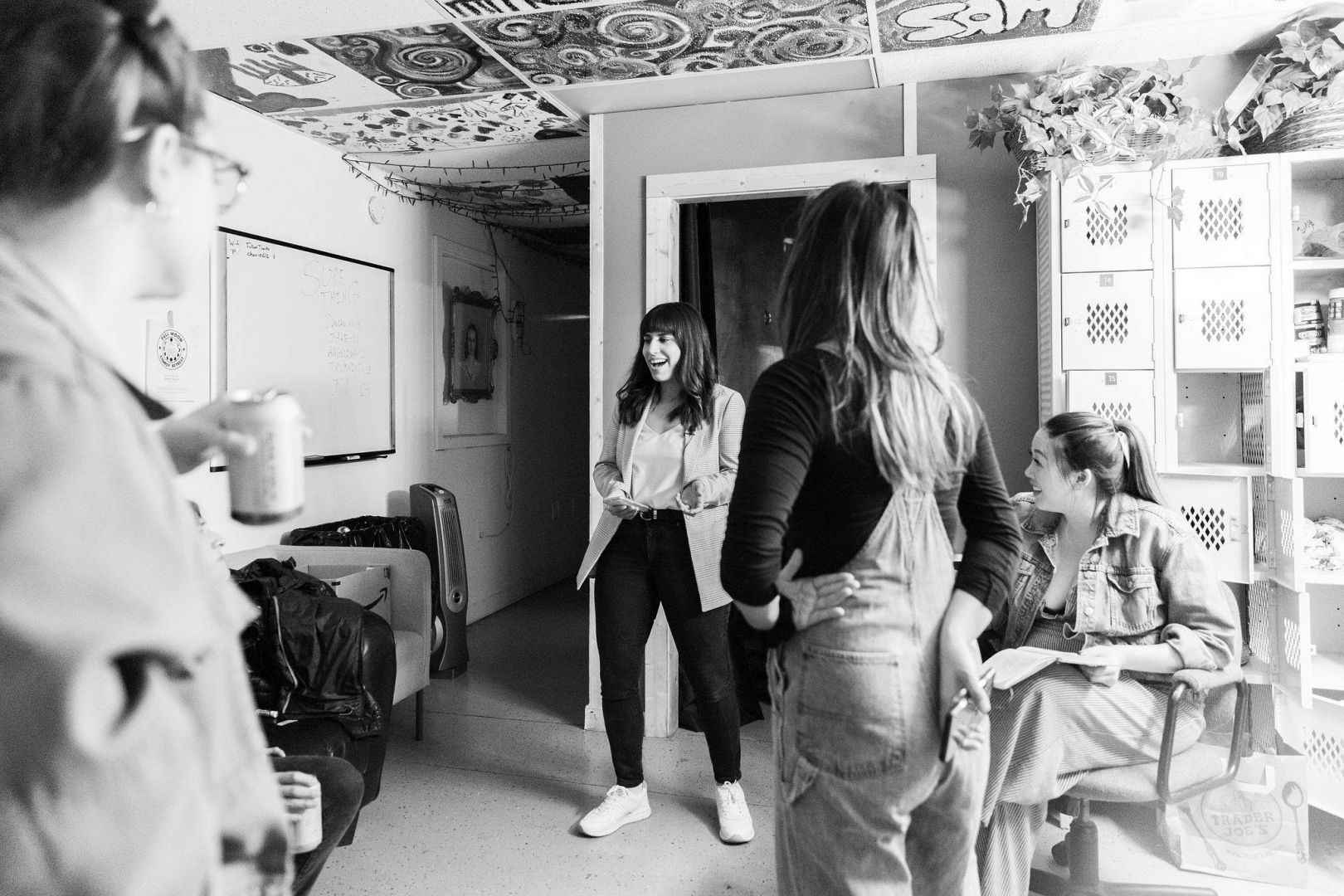 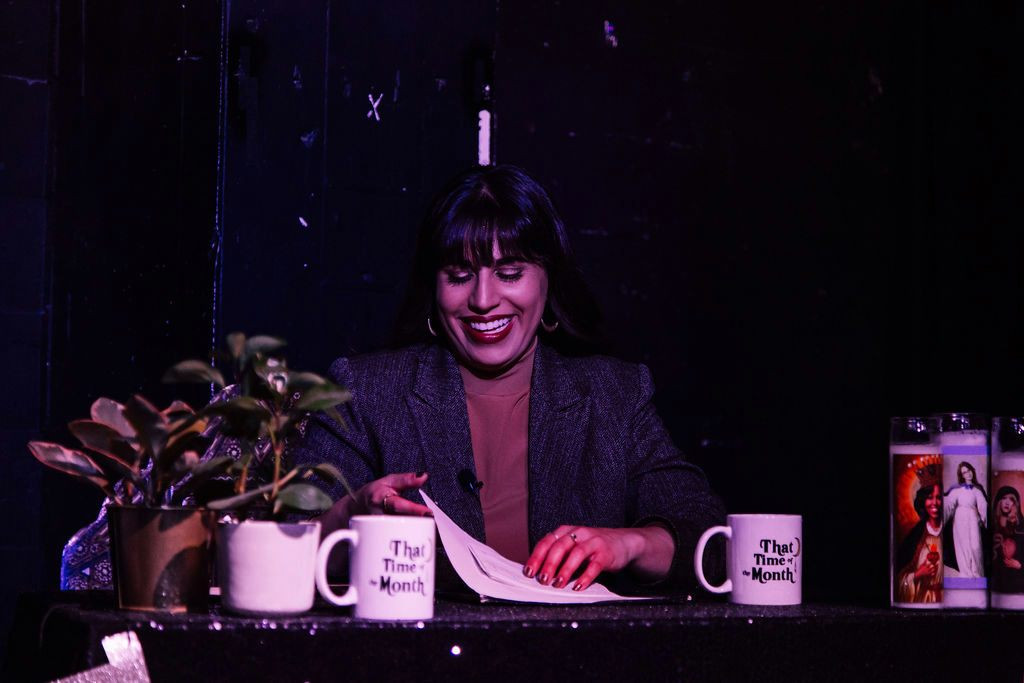 The Shoutout series is all about recognizing that our success and where we are in life is at least somewhat thanks to the efforts, support, mentorship, love and encouragement of others. So is there someone that you want to dedicate your shoutout to?
I definitely have to shoutout Future Front Texas (formerly bbatx – futurefronttexas.org), who’ve offered unwavering support to all of my creative endeavors since I first joined their community after moving to Austin in fall 2016. In addition to being a space for me to shamelessly promote my projects (whether it was my all-women-and-non-binary late night show That Time of the Month or my first short film, An Uncomfortable Woman), they also connected me to so many wonderful creatives, makers, activists, and entrepreneurs who I’ve gone on to collaborate with over the past 4.5 years of living in Austin (including licensing bbatx founder Jane Claire’s music for my first short film). They provide so many resources to women and non-binary creatives and do so much good work for our community (often stepping in when our legislative leaders have failed us), and I’m eternally grateful to their organizers.