We had the good fortune of connecting with Michael Basic and we’ve shared our conversation below.

Hi Michael, what role has risk played in your life or career?
I think risk is extremely important, but I also think it’s viewed incorrectly by society. To me, failure is the only way to really learn. If you always take the easy path, and never have much risk of failure, you don’t learn much. This is dangerous because the difference between someone who has a passable skillset and someone at the top of their field is, in large part, how they deal with adversity. The best show of a person’s skill set is how they perform when things go wrong. Failure doesn’t seem to fit into today’s social media driven world of only showing your perfect self to the public, so lots of people avoid anything difficult at all costs and suffer for it.

When I got out of school and entered the job market, I started working at a company called TRW, which is now Northrup, doing microelectronics in a lab. This was in 2001 and not long after I got the job, September 11th happened and the project I was on lost funding so they laid off a ton of people, myself included. I had the opportunity to apply to other similar jobs. I was nearly guaranteed a job at Raytheon, for example, but I decided that this was the perfect time to try to make a passion play, and I turned towards DJing and never looked back.

Making your living as a DJ is definitely all about risk. There are rarely any contracts. A venue you’ve been at for years can suddenly say, “Hey, next week, we’re going in a different direction, thanks for everything,” and never book you again. There’s no guaranteed income, there are a lot of shady promoters out there who will disappear before the end of the night and not pay you, and there’s a ton of competition. People look at DJing and see the fun side of it, and it’s extremely fun, but if you’re a full time professional DJ, there’s a lot that goes into making it work behind the scenes, and risk is definitely a big part of it.

Lastly, performing as a DJ involves risk as well. The best DJs are the ones that will play a song completely out of left field at just the right time to make the crowd go crazy. A lot of people think that a great DJ just plays all the hot songs, and if they hear all their favorite songs, they’ll have a great night. That’s sort of true, but not the whole story. If you think of a rollercoaster, most people who love rollercoasters would say their favorite part is the drop, but if the whole ride were the drop, that wouldn’t be any fun at all. What makes a rollercoaster great is that slow climb to the top, the tension, the fear. The drop is the release, but without the tension, the release doesn’t have the same impact. It’s the same with DJing. What makes a great DJ is not just playing all the hot songs, but playing those songs you love but forgot about, playing a song you never thought you’d hear at a nightclub, but it just works, and it brings the energy up even further. Sometimes those left field songs don’t work, and you risk losing the dance floor, getting booed, losing your connection with the crowd, or losing the energy in the room. It’s the same in most aspects of life. You can take the safe road and find some modicum of success, but to truly be great, you absolutely must take risks. 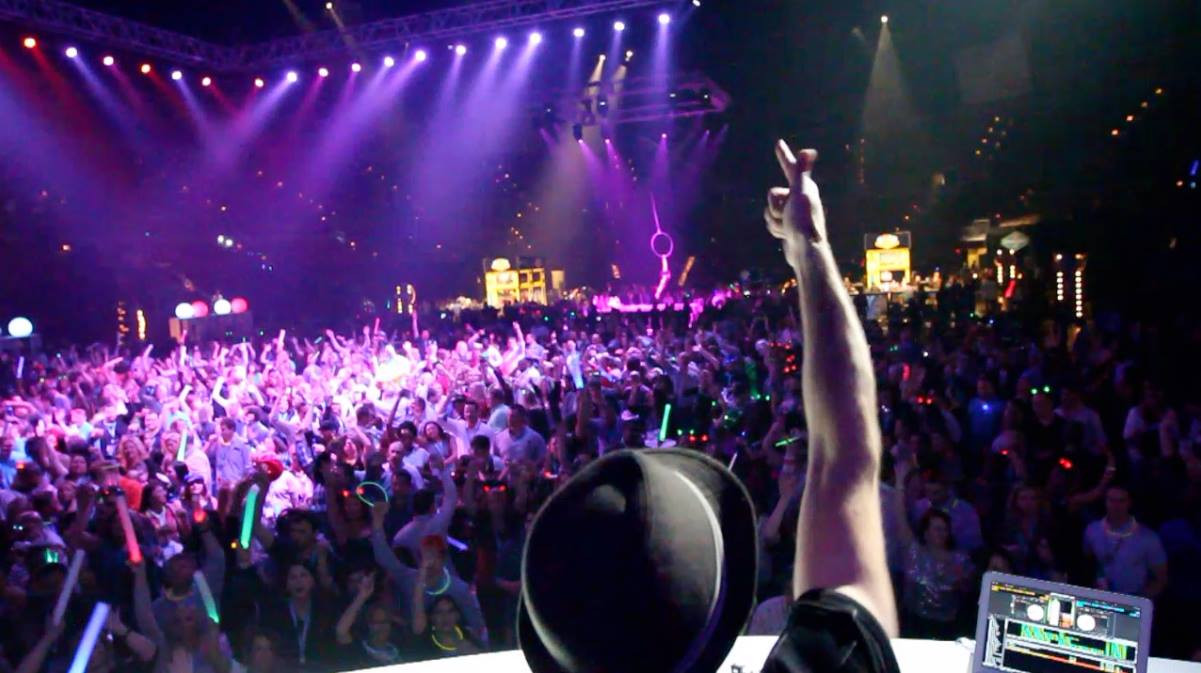 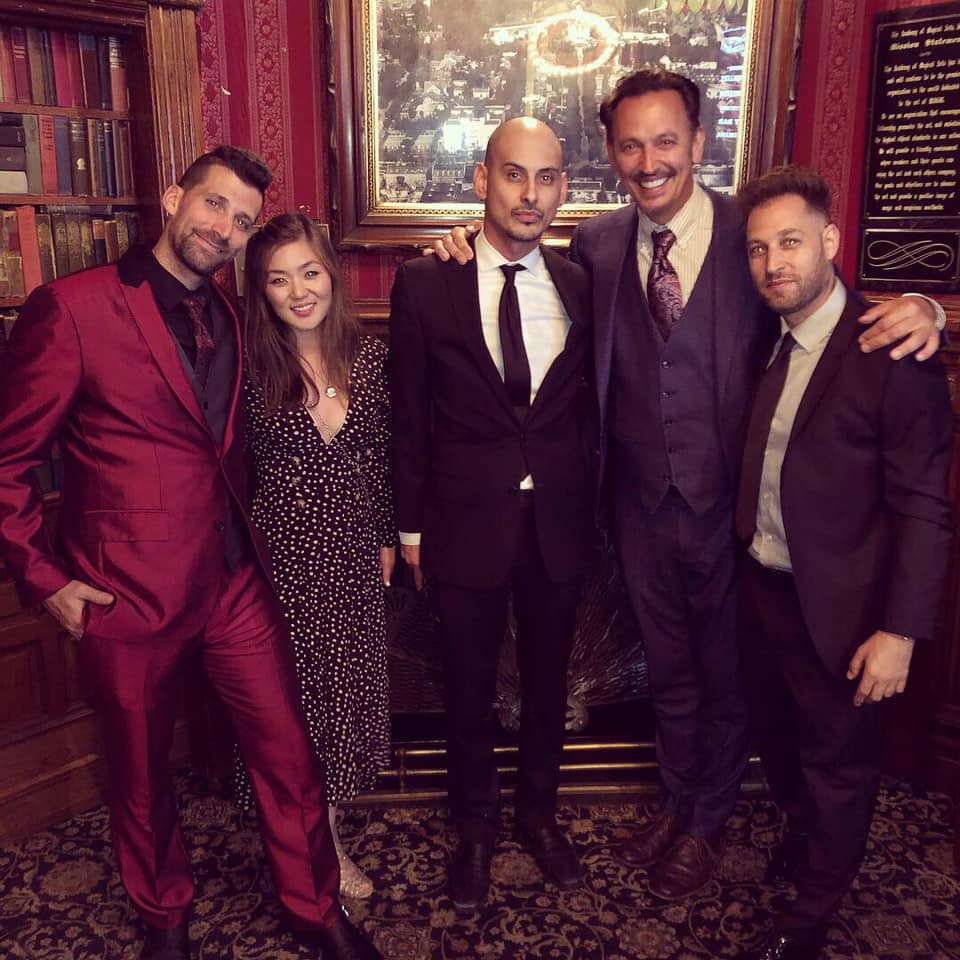 I’ve been a professional DJ for the last two decades, and have done everything from nightclubs to tiny bars, weddings, corporate events, large scale music festivals, cruise ships, you name it. When I first started out it was a different world. The medium for playing music was vinyl records and CDs. Computer DJing didn’t come about until a few years later. As such, there was a lot less competition. There weren’t many hobbyist DJs trying to work at clubs because DJing was expensive. Just buying the music and staying current had a large cost associated with it.

As DJing moved to computers where people could download a huge music library or copy a friend’s hard drive, DJing became much more accessible to more people. Because of this, it became much more necessary to develop a style that set you apart from everyone else. For me, I had a heavy background in music. I started playing the piano at a young age, and learned a lot about music theory. This helped give me an edge in a field based in music, where many of my peers had little to no musical training. As technology progressed, there were more opportunities to push the boundaries of what DJs could do.

One of the things I’m known for as a DJ is called toneplay. Toneplay is a technique where you can take the melody of a song, and rearrange the notes to play the melody of a different song. Today’s DJ software has something called cue points, where at the touch of a button you can immediately jump to a predetermined spot in the song. Using cue points set at specific notes of a song, a DJ can play the cue points like the notes of a piano to recreate the melody of a different song. If done well, this can be a creative and interesting way to move from one song to the next.

In a creative field flooded with people of varying levels of passion for the art, pushing the boundaries of creativity is a great way to stand out from the crowd. Equally important, however, is relationship building. There’s that saying, “It’s not what you do, it’s who you know.” That’s true, but only half the story. The reality is, once you get to the top of your field, your skills as compared to those of your peers aren’t super important. You’re already at the top of your field, so the difference in ability at that level is negligible. You’re no longer competing with those less skilled than you, so your skills cease to matter in the context of your peer group. At that level, in an artistic field where you need to be booked by people, the ideal situation is, those people like you enough to want to book you over the other guy. Another avenue of success in that context is to have enough buzz around your name that people want to book you for that buzz to rub off on them or their business, but for me personally, I always wanted to be the type of person that people liked having around. 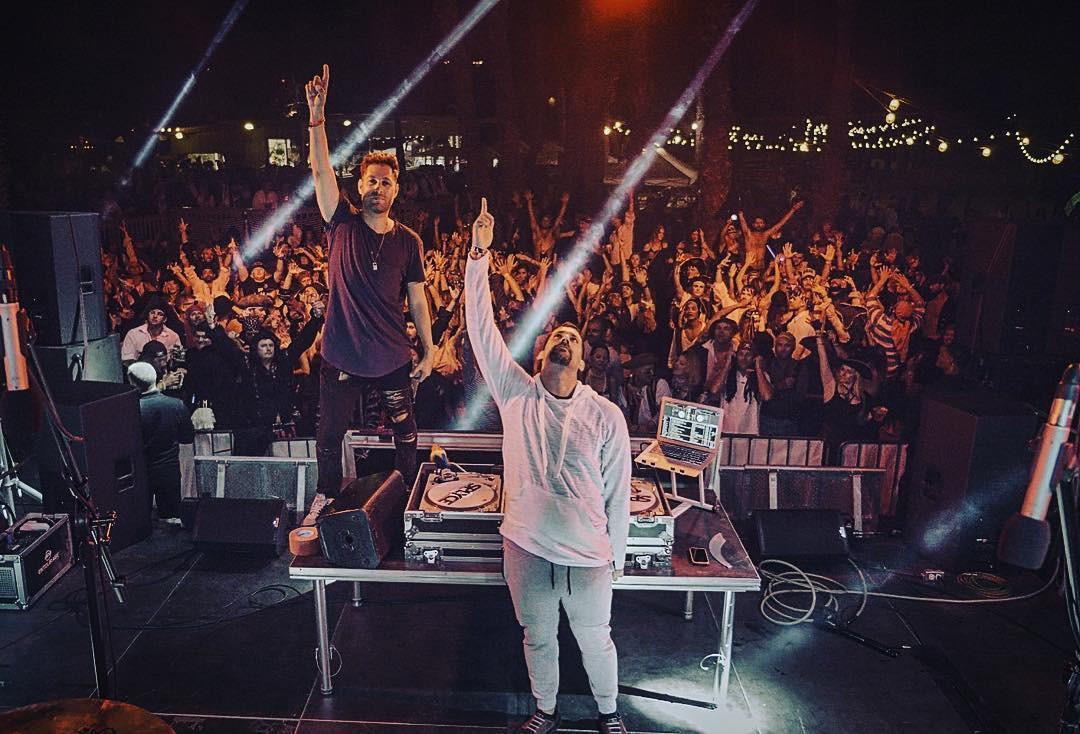 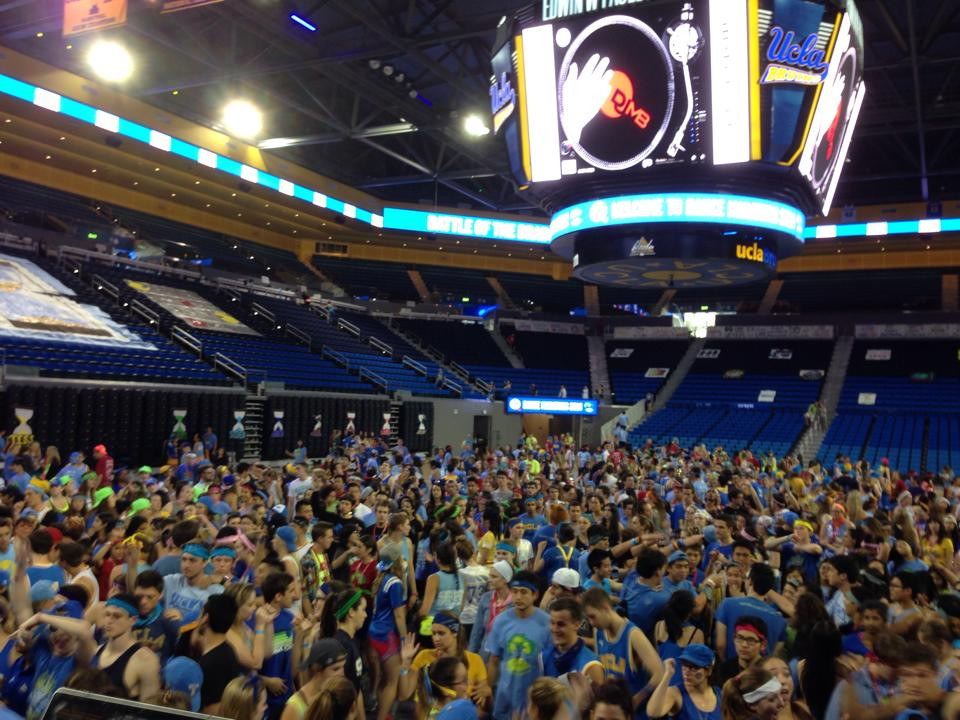 Let’s say your best friend was visiting the area and you wanted to show them the best time ever. Where would you take them? Give us a little itinerary – say it was a week long trip, where would you eat, drink, visit, hang out, etc.
I have some pretty unique hobbies, so I usually try to show people who visit some special stuff that not everyone gets to see when they visit LA. I’m a magician member of the Academy of Magical Arts, which means I have full access to the Magic Castle in Hollywood. The castle is one of the premier magic venues in the world. Magicians come from all over to perform there and it’s considered a great accomplishment to get booked. To visit the castle, you need an invite or escort from a member, so it’s not something everybody gets to see. If I have someone coming in from out of town, I always tell them to bring formal attire as it’s a requirement to visit.

Aside from the castle, I have some favorite places to head to eat, including a great brunch place called 26 Beach in Marina Del Rey, amazing Italian food at C&O right next door, the original Roscoe’s Chicken and Waffles, and Nick’s Coffee Shop (as seen on Diners, Drive-Ins and Dives). If I’m DJing somewhere during their visit and they are into that sort of thing, they’ll enjoy backstage access, and as a DJ, my days tend to be free so visiting a theme park like Six Flags could be on the menu as well. 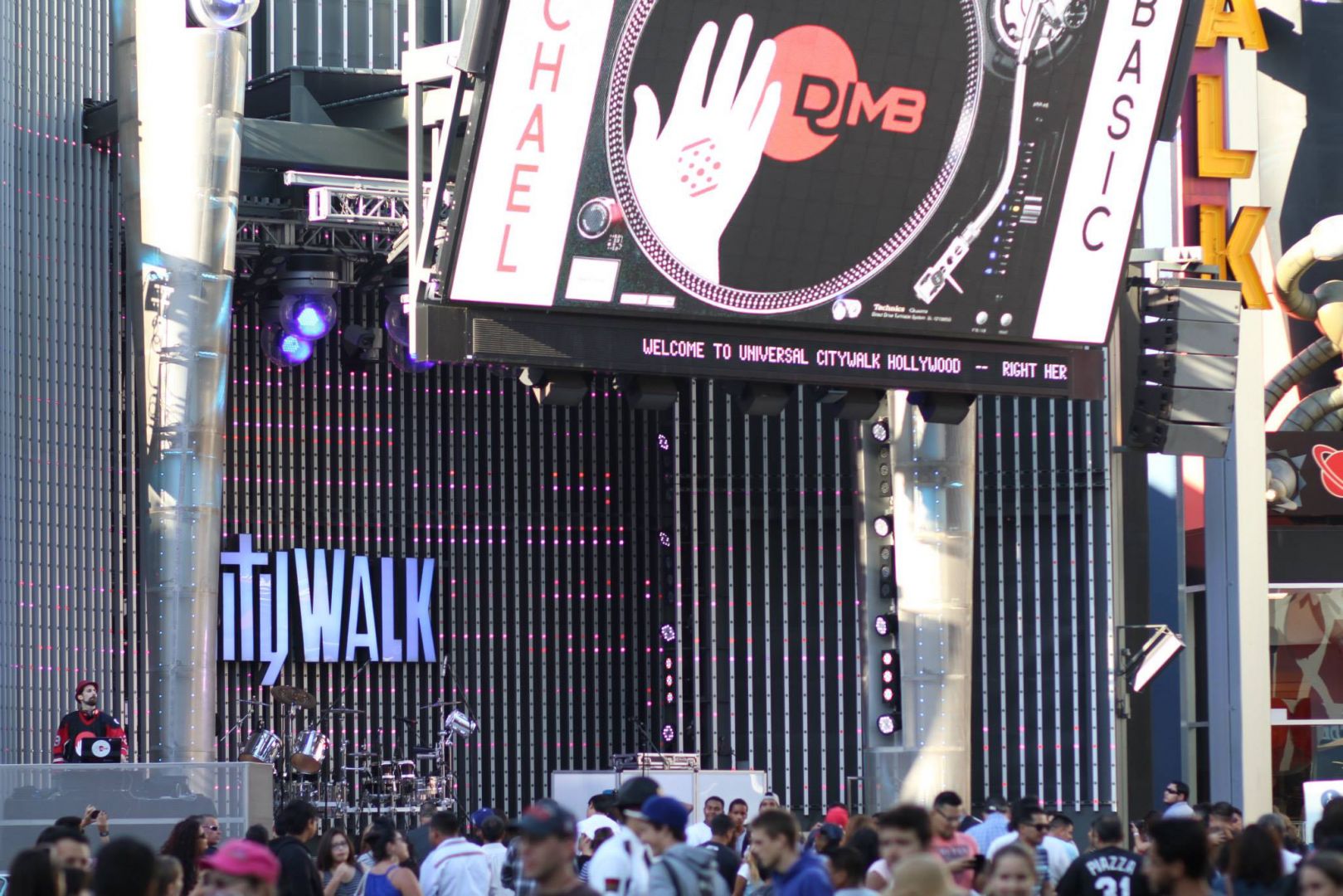 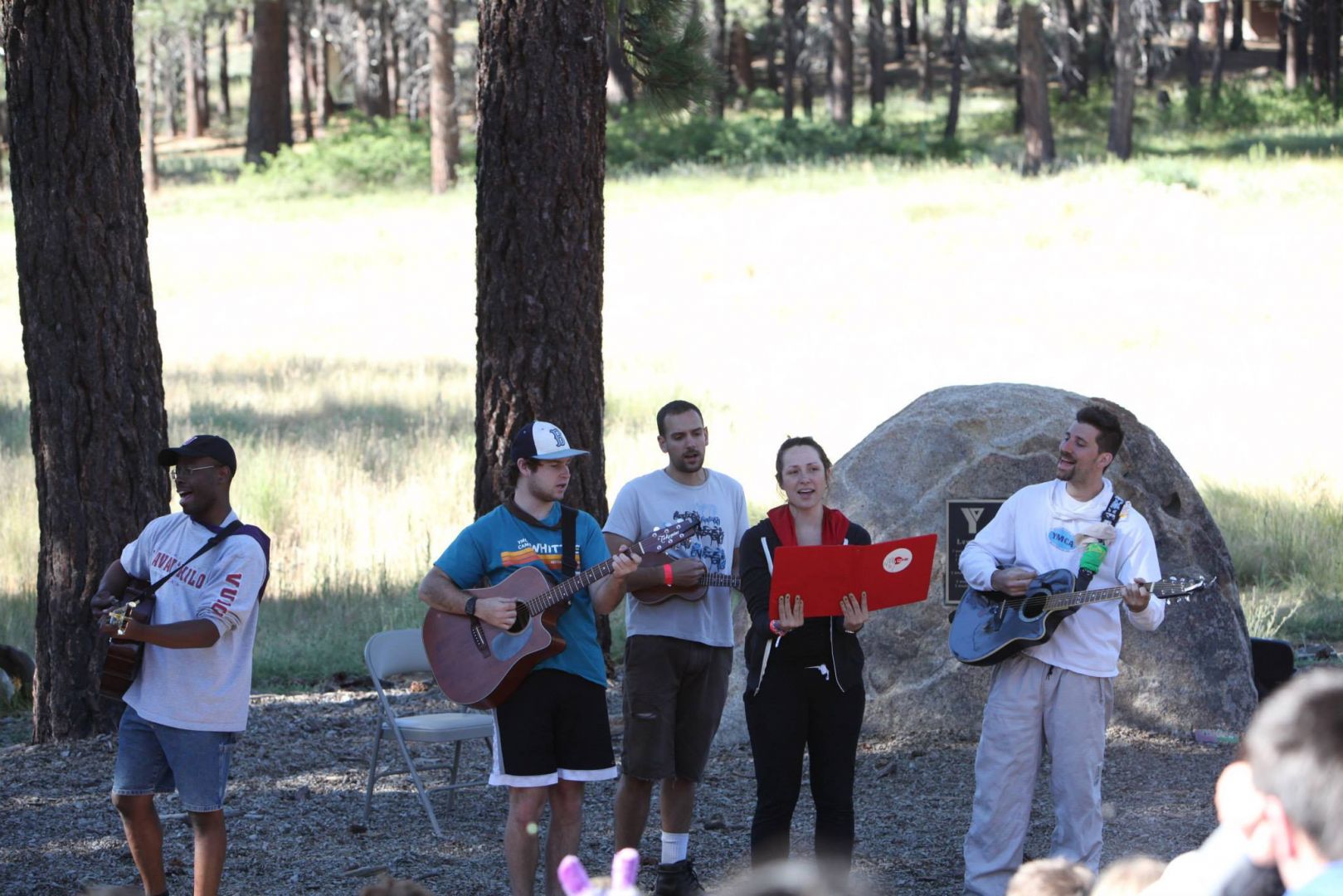 Shoutout is all about shouting out others who you feel deserve additional recognition and exposure. Who would you like to shoutout?
I grew up going to a summer camp with the YMCA every summer. Like most summer camps, there were sports, games, campfires, hikes, outdoors, everything you’d expect, but YMCA camps are a bit different from the average. There’s a heavy focus on character building, leadership skills, and social skills as well. While at camp, kids have the opportunity to participate in what’s called the Rag and Leather program. The gist of it is, it’s a guided series of challenges one puts to themselves to be a better person. The challenges are meant to be lifelong, something not to be completed but rather integrated into one’s life. As the program is meant to start with kids but evolve into challenges you put to yourself as an adult, the challenges range from simple things like being nicer to your siblings, listening to your parents, working harder in school, all the way up to thinking about how you interact with society, how you can make your community better, and how you can apply what you do in life to the service of others.

I attribute most of my successes in life to this program and the people involved. Thirty years later, I’m one of the directors of this same camp and try to give back in the same way that the people who came before me gave to me. 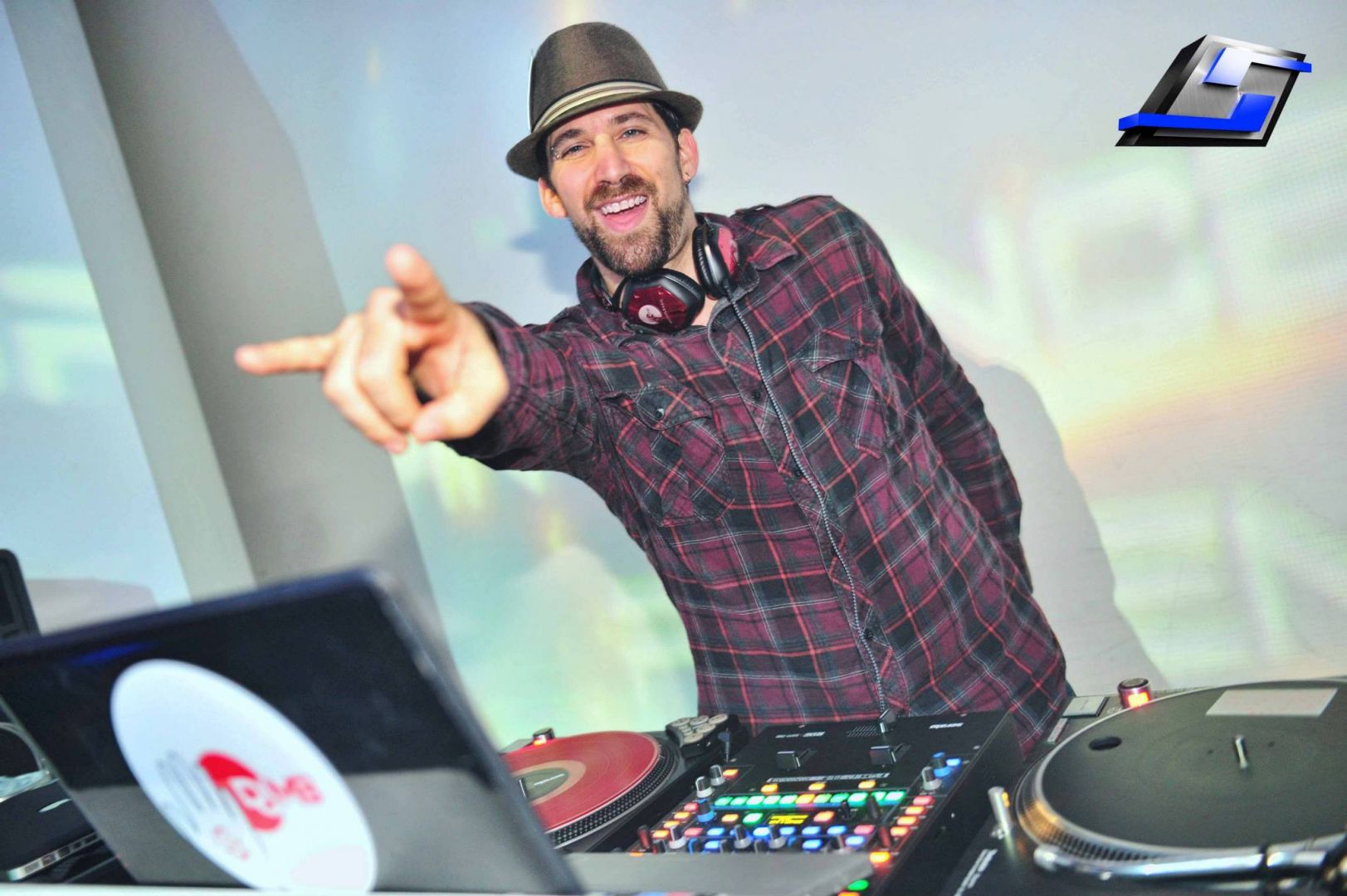 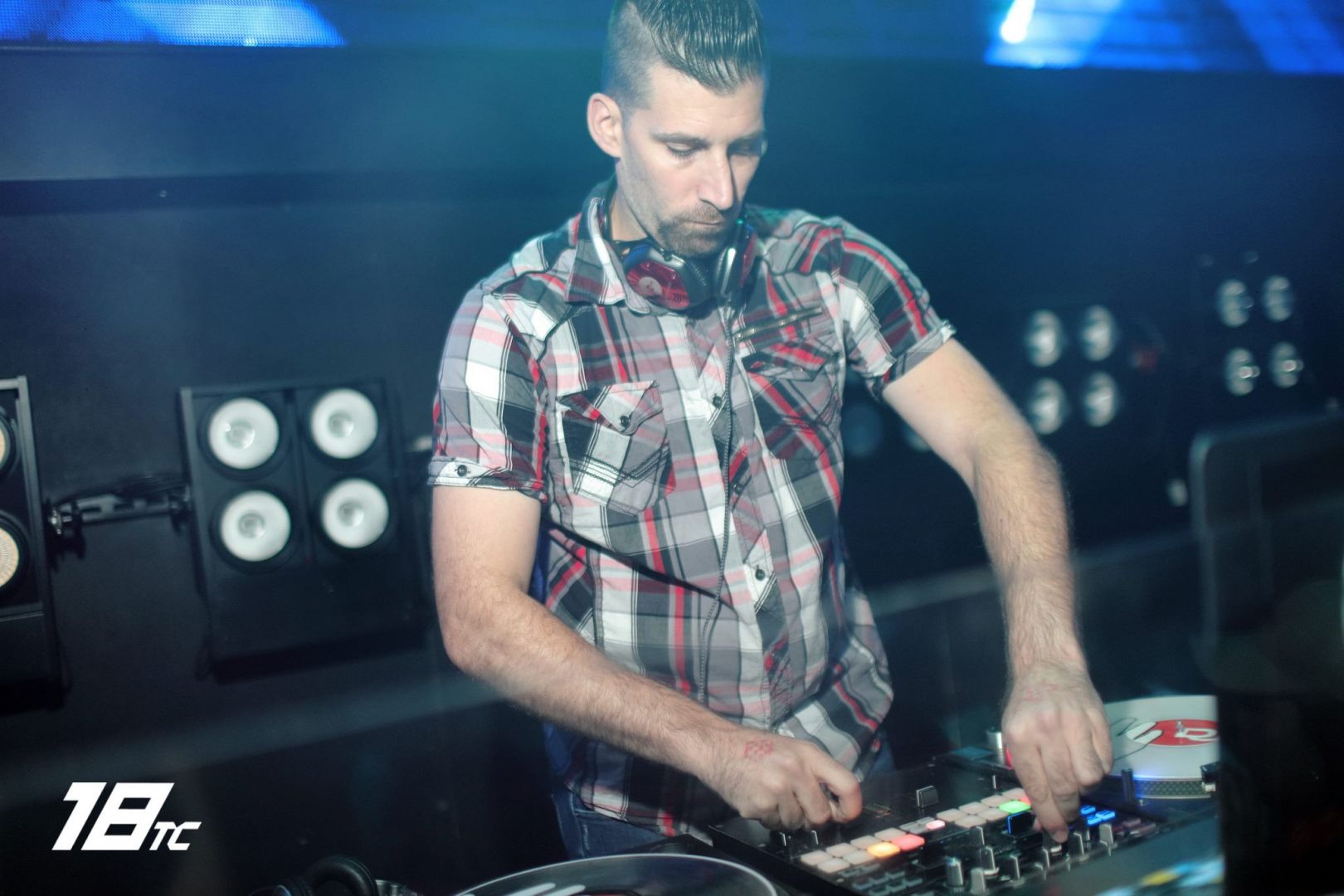