We had the good fortune of connecting with Michael Grandinetti and we’ve shared our conversation below.

Hi Michael, alright, let’s jump in with a deep one – what’s you’re definition for success?

To me, success is being able to wake up every day and do what you love to do.  Early on, I didn’t realize how relatively rare that was, but there’s a good number of people that don’t seem to have a passion for their day to day job and can’t wait for the weekends.  Finding your happiness in life is the most important kind of success.  For me, seven days a week, there’s nothing more exciting than starting a new day and putting my energy into taking my work in new directions and I always love hearing when others feel the same.  I wish for everyone to find that and I think they can.  Success is also about constantly setting, pursuing, and reaching goals, regardless of how long it takes, and repeating that process over time.  In my particular line of work, creating and performing magic and illusions, the ultimate goal is to bring amazement and happiness to as many people around the world as I can.  Whenever I see smiling faces in an audience, or hear from someone, nearby or far away, that enjoyed our live show or one of our TV appearances, that’s what really makes me feel like my work is achieving its purpose. 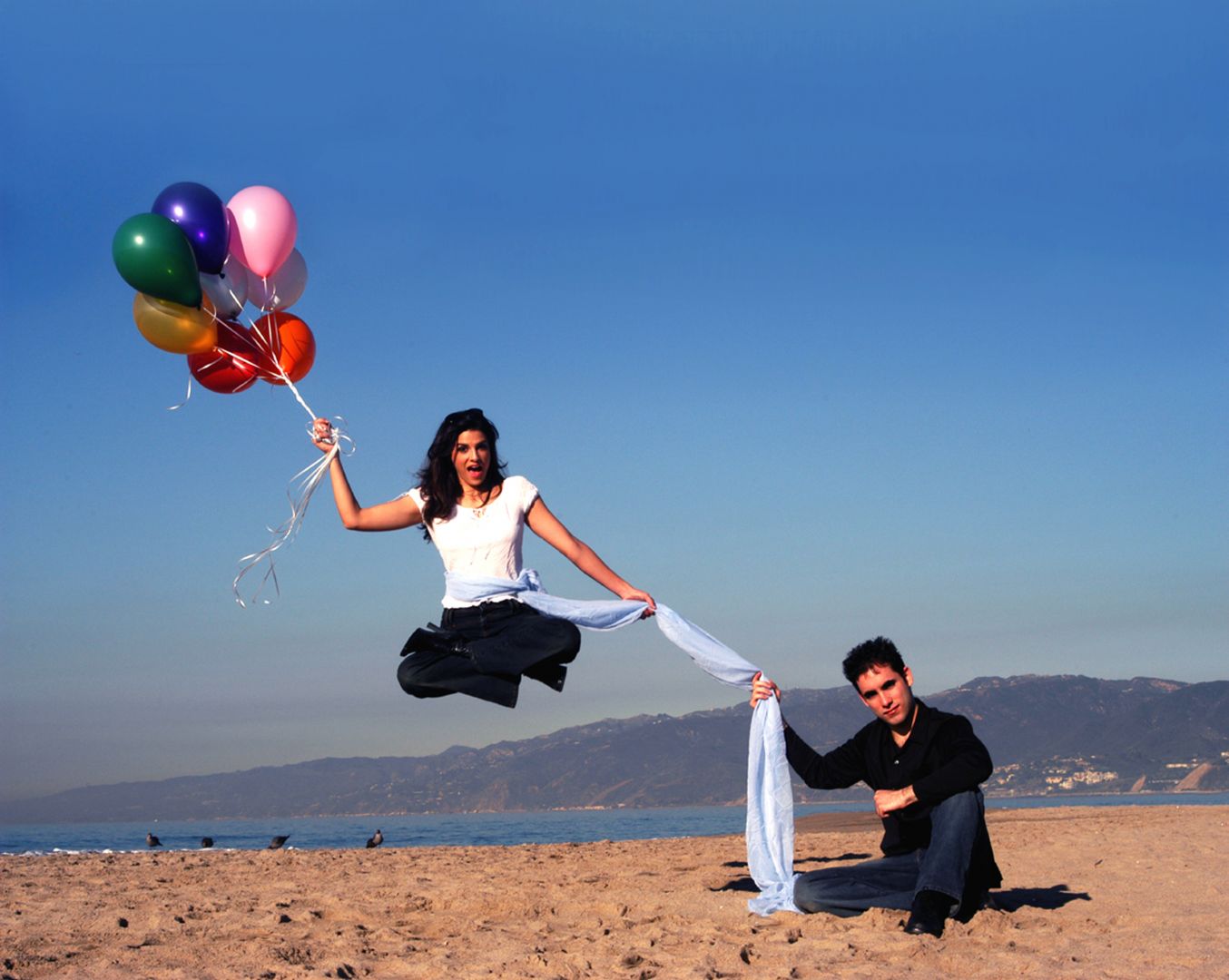 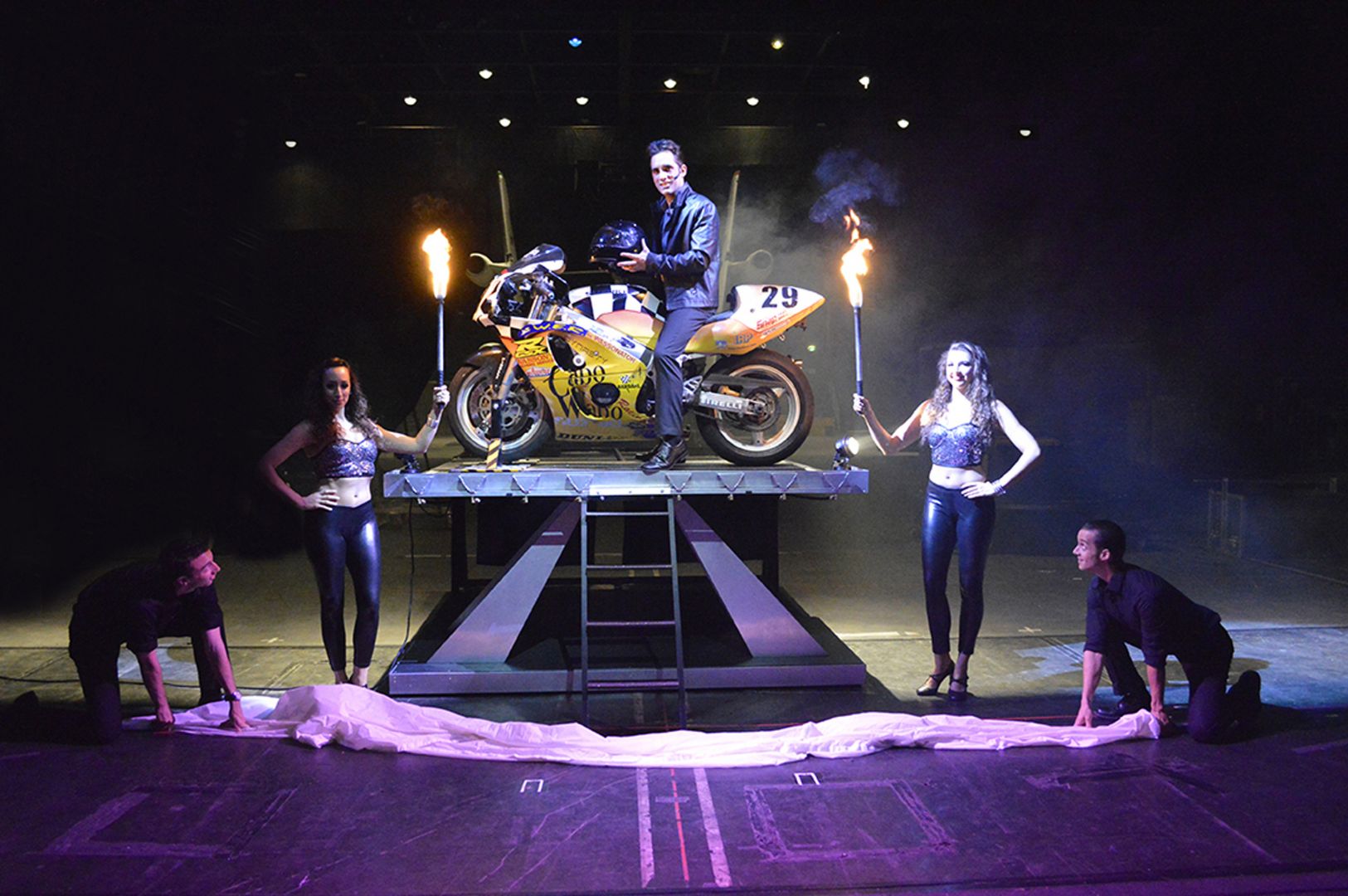 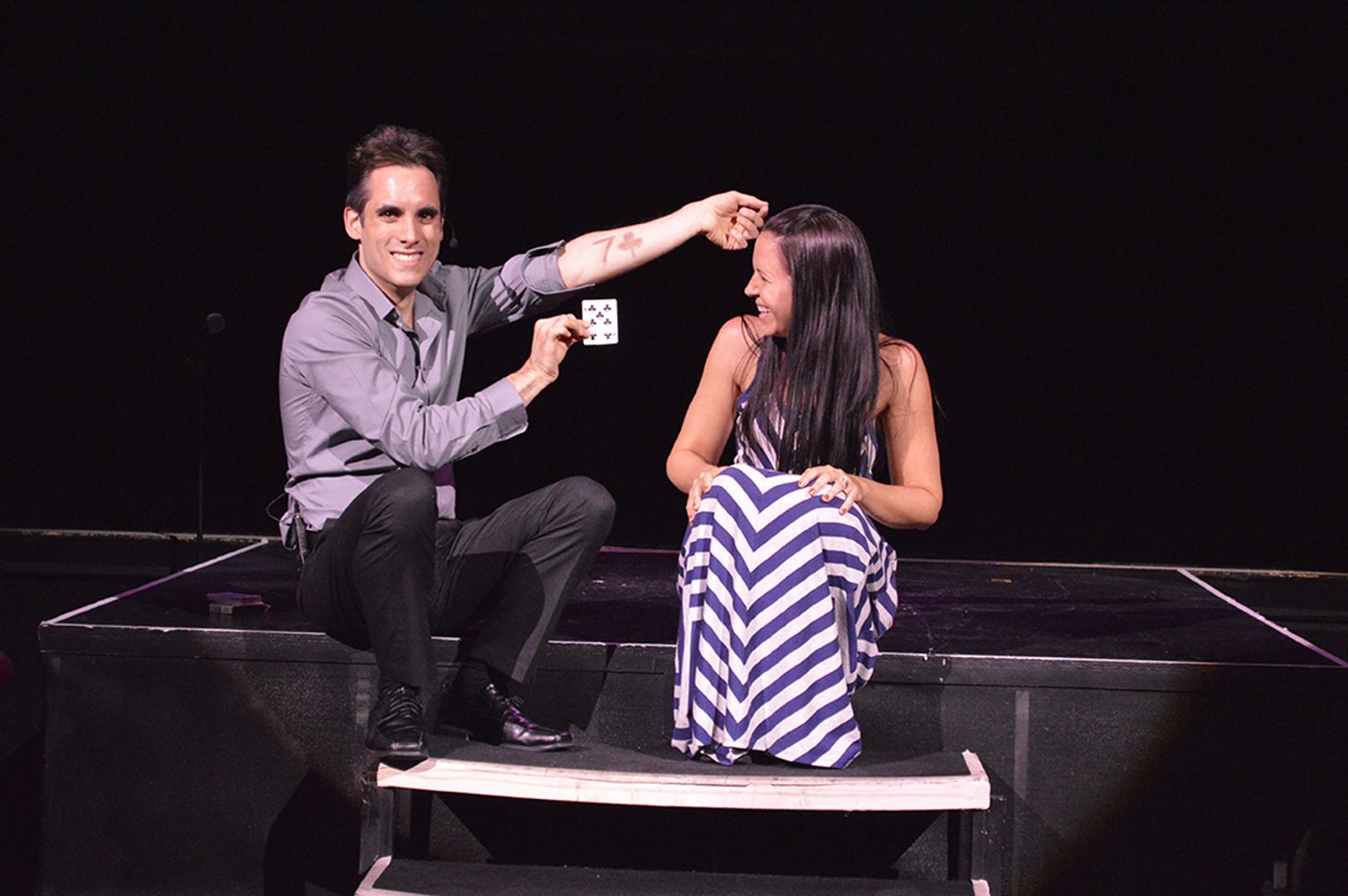 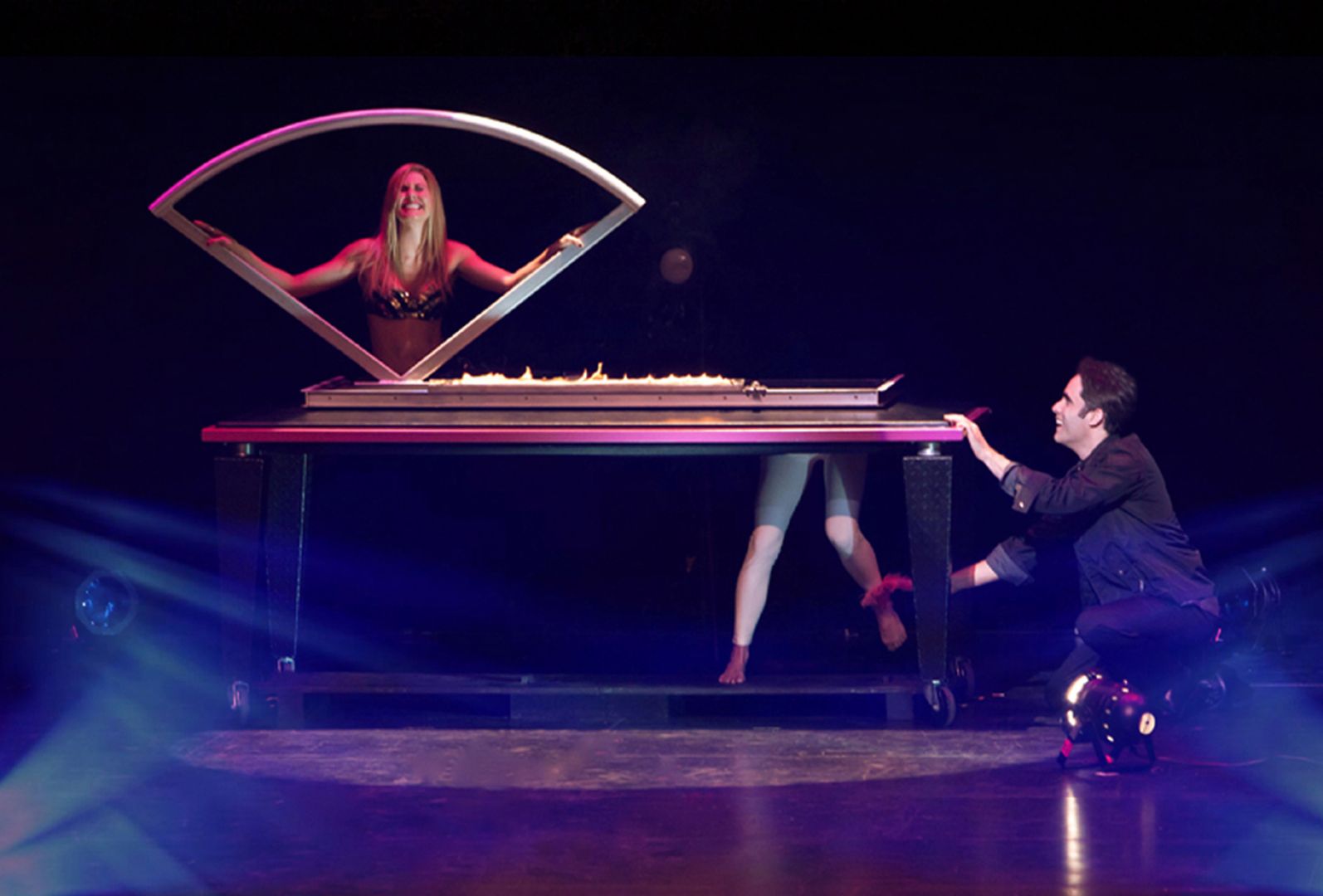 I absolutely love what I do. I am a magician and illusionist touring the US and Canada and I’ve also created and performed original magic for TV shows including NBC’s “The World’s Most Dangerous Magic” special, five seasons of The CW’s “Masters of Illusion”, POP’s “Don’t Blink” series, “Entertainment Tonight”, “The Today Show”, “Access Hollywood”, the FOX series “Bones”, “The Bold and the Beautiful”, “SportsCenter”, “The Hollywood Christmas Parade” and several other programs around the world, which I’ve had a great time with.

I’m proud to say that my live show is actually one of the largest touring magic productions in the country and, over the years, I’ve performed in stadiums, arenas, casinos and theaters, with Oscar-winning composers and symphony orchestras, for NFL and NBA halftime shows and major sporting events surrounded by up to 70,000 people, for Fortune 500 companies and major corporations, and even at The White House.  I was also honored and grateful to be the first illusionist ever invited to perform in the National Independence Day Parade in Washington DC, where I levitated one of our dancers above a float as we moved down Constitution Avenue while 250,000 people lined the streets.  Seeing everyone there smiling and waving their flags is something I’ll always remember.  I’ve also been a creative consultant on several film, TV, and book projects and my illusion designs have been featured in productions in Las Vegas, Atlantic City, Branson, Japan, Korea, and Italy.  And, I’m very happy to say that there are many more exciting projects in the works!

One of the things I’m most proud of has been taking magic into so many different places, some of which were brand new for magic.  I’ve also really enjoyed the process of designing and bringing many new illusions to life, like our walking through steel illusion, our illusion where I take a rosebush visibly back through time, our motorcycle illusion, where I cause a 500lb motorcycle to appear in mid-air, and our spike tower escape that I performed on the NBC special, where I’m covered in gasoline and kerosene on a platform 6ft above the stage, between two walls of steel spikes that are lit on fire and set to slam together, towards me, when the sand in an hourglass runs out.  If I don’t escape in 60 seconds, let’s just say that the show would probably end right there.  All of these illusions, and many of the others that I’ve put together, represent an enormous amount of work.  But, seeing an audience respond to something that you’ve put so much time into developing always makes all of the work and trial and error, sometimes over years, completely worth it.

Building a career as a magician is definitely not an easy or a straightforward path, there really isn’t any road map to follow.  The key is constant determination and persistence.  When you’re first starting out in any career, you hear a lot of “no’s”, but you can’t let that distract or discourage you.  It’s always important to keep pushing ahead.  When I first moved to Los Angeles almost 20 years ago, I became a small fish in a very big and competitive pond and it took a little while to gain some ground.  But, I would wake up very early, every day, and get to work – writing emails, making calls, putting demo videos together, and coming up with new ideas.  I worked (and still do) 7 days a week and I had the mindset that I was going to learn from every success and every mistake along the way.  I also tried to always have the best product that I could and I was constantly focused on updating and improving my show so that I could always give the audience the best experience imaginable.

One piece of advice that I was given a long time ago that’s always stuck out in my mind is “don’t know what you can’t do”.  I’ve thought a lot about that and I take it to mean that you shouldn’t limit yourself or talk yourself out of pursuing your goals.  If you want something, go for it.  Aim as high as you can and go after everything that you want to achieve.

Wow, it’s so hard to pick just a few specific places around the city.  There’s so much here, from the beaches, to all of the great restaurants and stores in all of the different neighborhoods, the TV and movie studios, and you can even be in the mountains in a short period of time.  If someone really wanted to, they could surf and ski in the same day.  I always tell people that if they’re planning a trip to LA to take as much time as they can.  There’s more to see and do here than they could imagine! 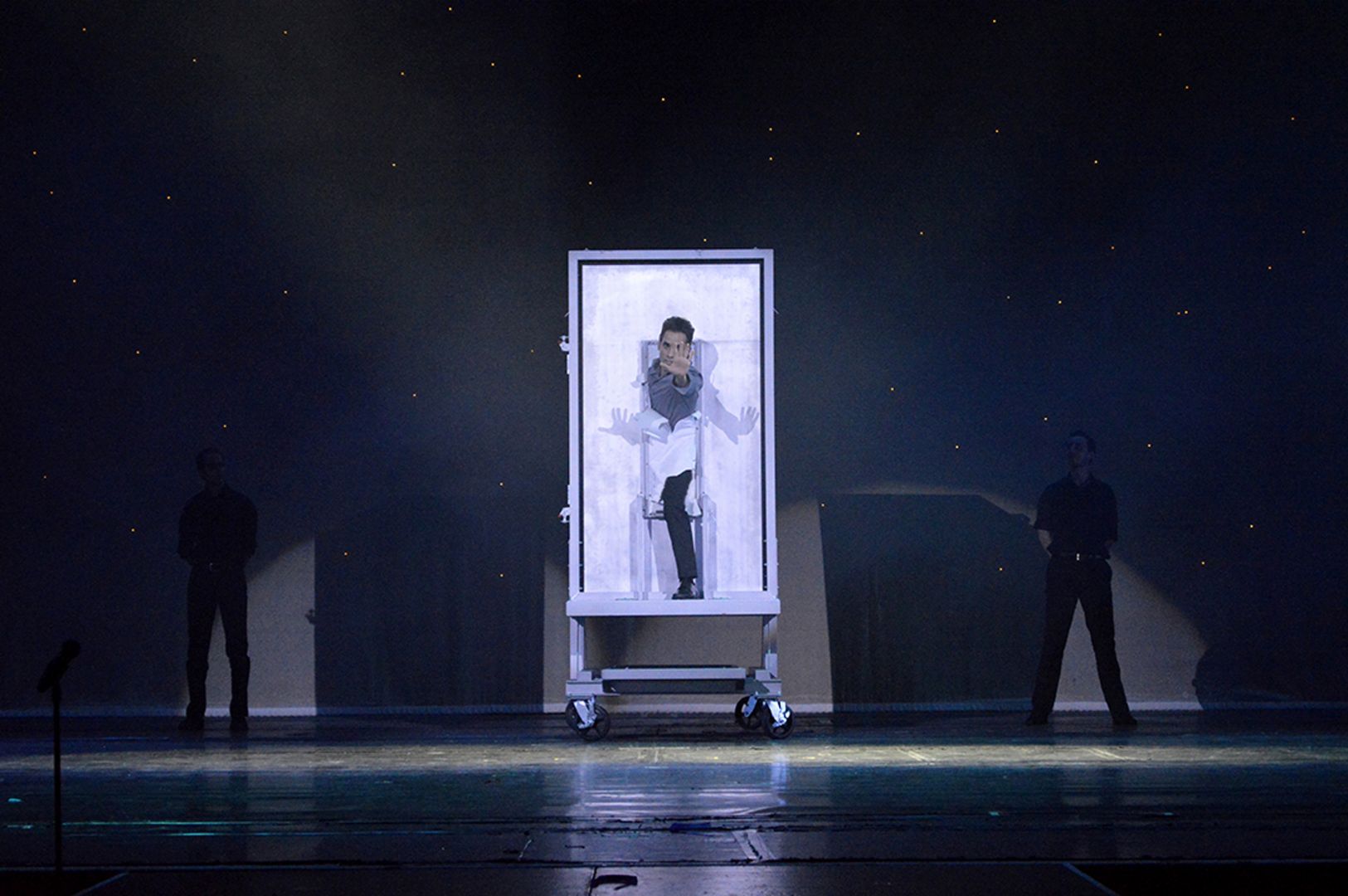 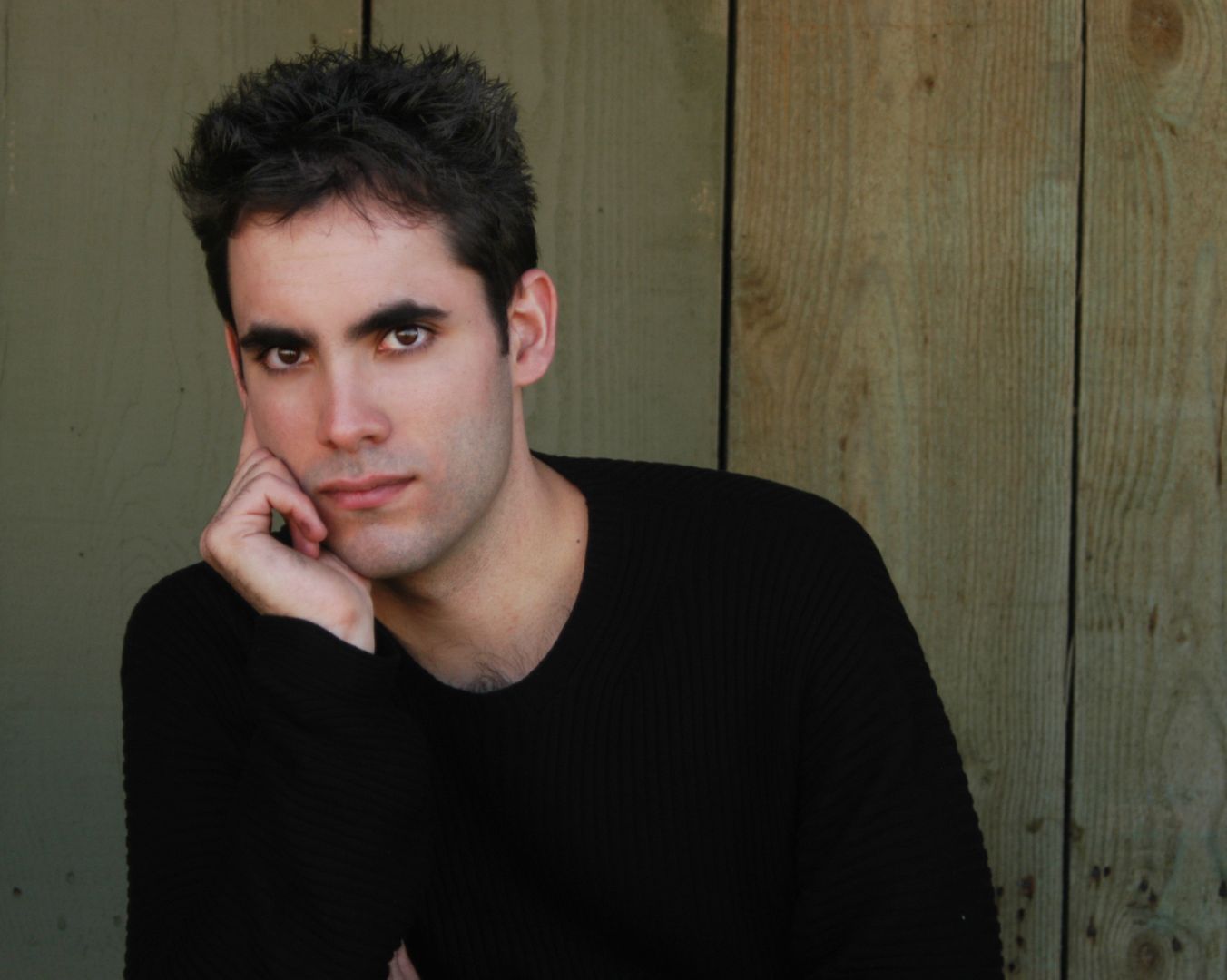 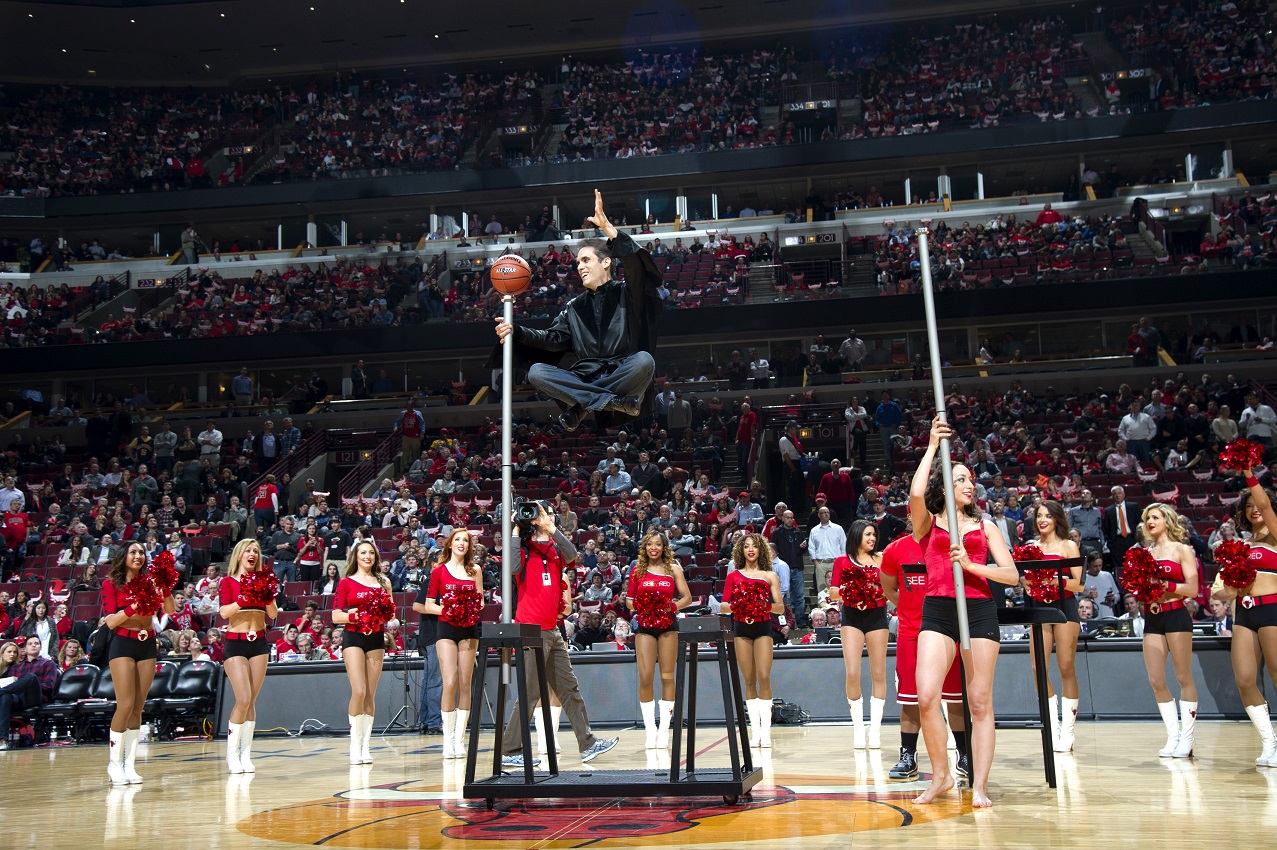 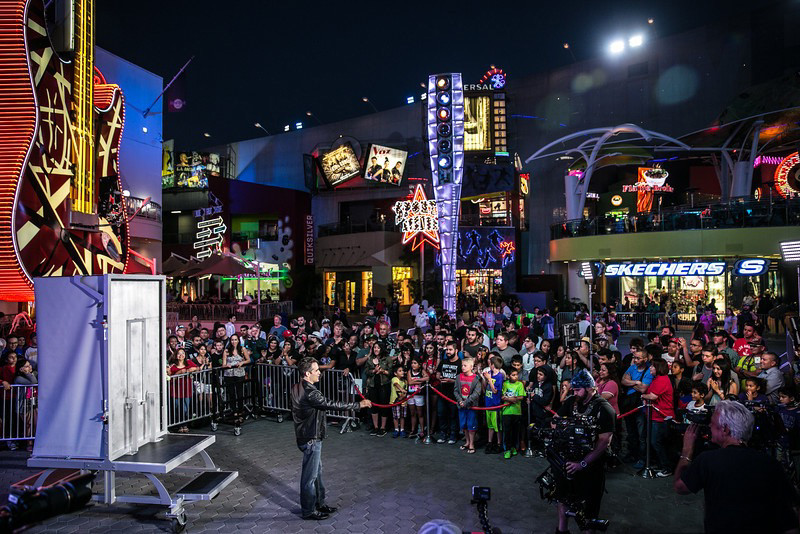 I’m very lucky to have come from a very supportive family that always encouraged me and did whatever they could to help me go after my goals, from the time I first started in magic when I was 5 years old.  Every few weeks, my Dad, always a huge supporter of mine, would take me to the magic store in downtown Pittsburgh and wait very patiently, for what had to seem like hours, while I looked at everything in the glass cases many times over.  He’d also drive me to my first shows and always gave me his thoughts and advice and I’d always ask for his opinion when I wanted to try a new idea.  My Dad, Mom, brother, and sister were my first test audiences and they, and my extended family, were always in my corner, ready to help, and excited for any successes that I had.

I’m also very grateful to have grown up in an extremely supportive community.  I started performing professionally when I was about 12, back in my hometown of West Mifflin, Pennsylvania, when my neighbors would hire me to perform for their parties and work events.  The amazing thing was, no one ever treated me like I was just a kid doing magic – they treated me like I was a professional and I think that acceptance really made me feel like I could keep going down this path.

When I was in high school, the band director, Ed Hancsak, asked me to design an illusion for one of the school’s halftime shows, to make a person disappear from the football field and reappear in the stands with the audience.  What a tremendous opportunity to have, and trust to be given, at 16 and it gave me the chance to do my first “big magic”.  I’ll never forget how exciting it was when it all worked!  The next year, when I was 17, he asked me to perform a show in the school’s auditorium which was my first opportunity to do a full 90-minute show on an actual stage.  Looking back on it, I still can’t believe that over 1,000 people showed up, filling up the auditorium, and that again shows just how supportive the community really was.  I also had great support from everyone at Duquesne University where I went to college and I was lucky to have had a fantastic group of friends who assisted me on my shows as I got into my late teens, was performing more and more, and started adding larger illusions.

Without all of this growing up, there’s no way I’d be doing what I’m so thankful to be doing today.