We had the good fortune of connecting with Michael Horn and we’ve shared our conversation below.

Hi Michael, how do you think about risk?
Because I had no practical training in any useful field, when I graduated from art school I embarked on a very liberal, self-indulgent, free-form kind of life. I initially relied on other people to support my creative efforts. This included my parents, first wife and a small group of backers for my recording projects, etc. Having had no significant work or self-supporting experience, when I found myself in L.A., divorced, without work, etc., it was quite unsettling and paved the way for a very unexpected life-transformation.

It was as a result of a most unusual, somewhat mystical “aura reading” from an interesting man in L.A. – who accurately told me my past and some of my future – that I embarked on a life-changing journey of self-discovery. This first took the form of living briefly in San Francisco and singing in coffee houses there, while staying in a small artists’ commune. Soon I took the next risk, hitchhiking from SF to Chicago, staying only long enough to see my family and then hitchhiking to NYC, in the dead of winter. Having no real destination, or guaranteed place to stay, I was essentially homeless in NYC, which was also a huge, life-changing risk. I not only literally sang for my supper in Greenwich Village coffee houses, I panhandled and either slept in restaurants or crashed with college students in their dorms, and other peoples’ apartments, when possible, etc. While I saw many homeless, and often less than sane, people on the streets, I always knew that while they would mostly likely remain there for some time, I wouldn’t. I’d begun to see my life as an adventure that would ultimately entail taking many risks. For the first time in my life, I went out to find a job and I got one in a pornographic bookstore, in what used to be the heart of the NYC porn district on 42nd Street, in Times Square.

From there I worked in a deli, and then in a restaurant before suddenly returning to L.A. on an impulse, having a sense that there were…risks worth taking there. Indeed, this would just be the beginning. Still having no particular work or career skills, etc., I would nonetheless constantly reinvent myself, often out of necessity, first becoming a salesman for a water purification company. While I had no sales experience in this field, I persevered because I was now also a single father of a very young daughter, as my second wife had fallen into postpartum, schizophrenic depression and had to leave the family. As the sole salesman outside of the company’s owner, I helped to build the company into a million-dollar one…before the owner suddenly fell ill and died. 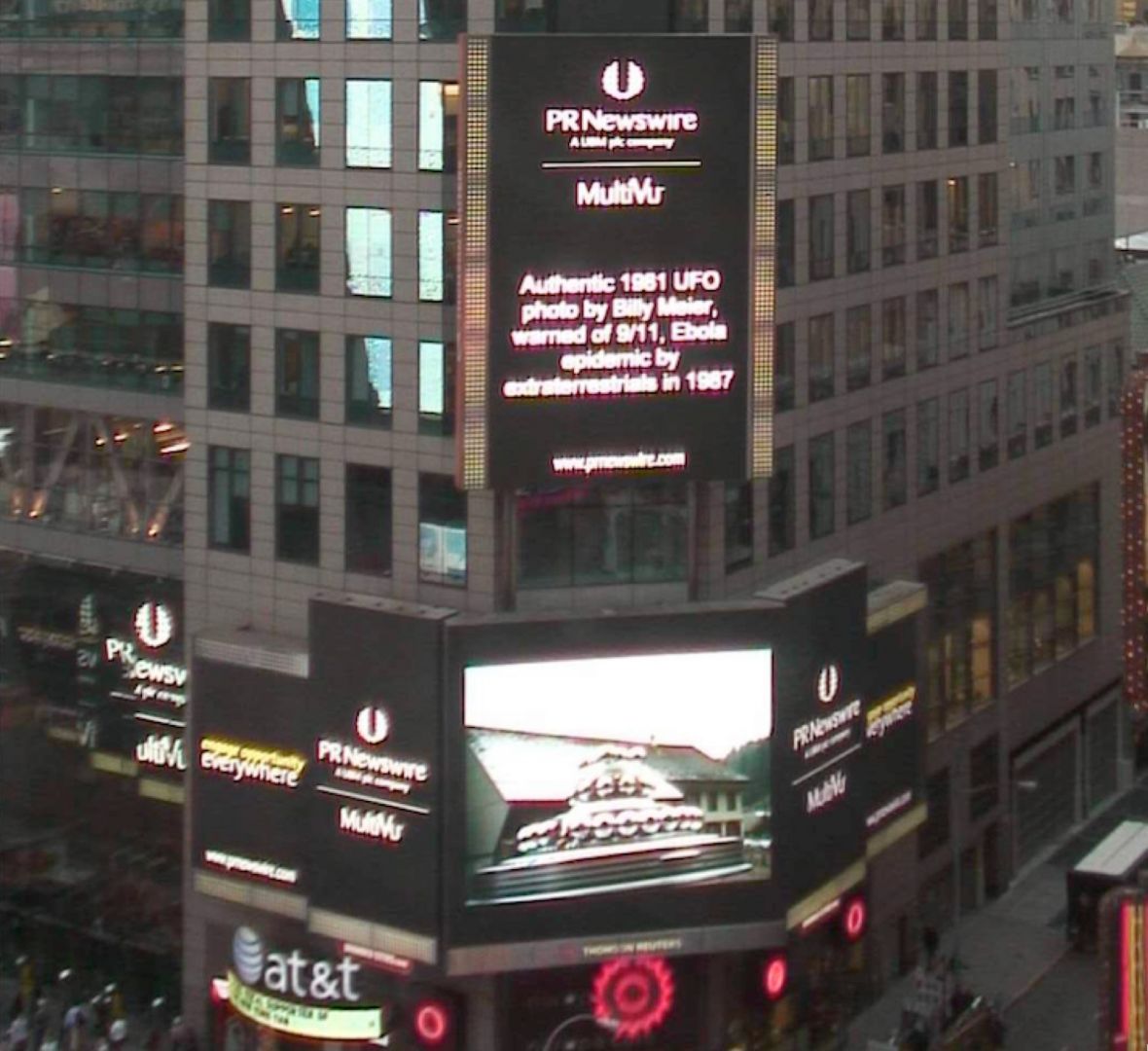 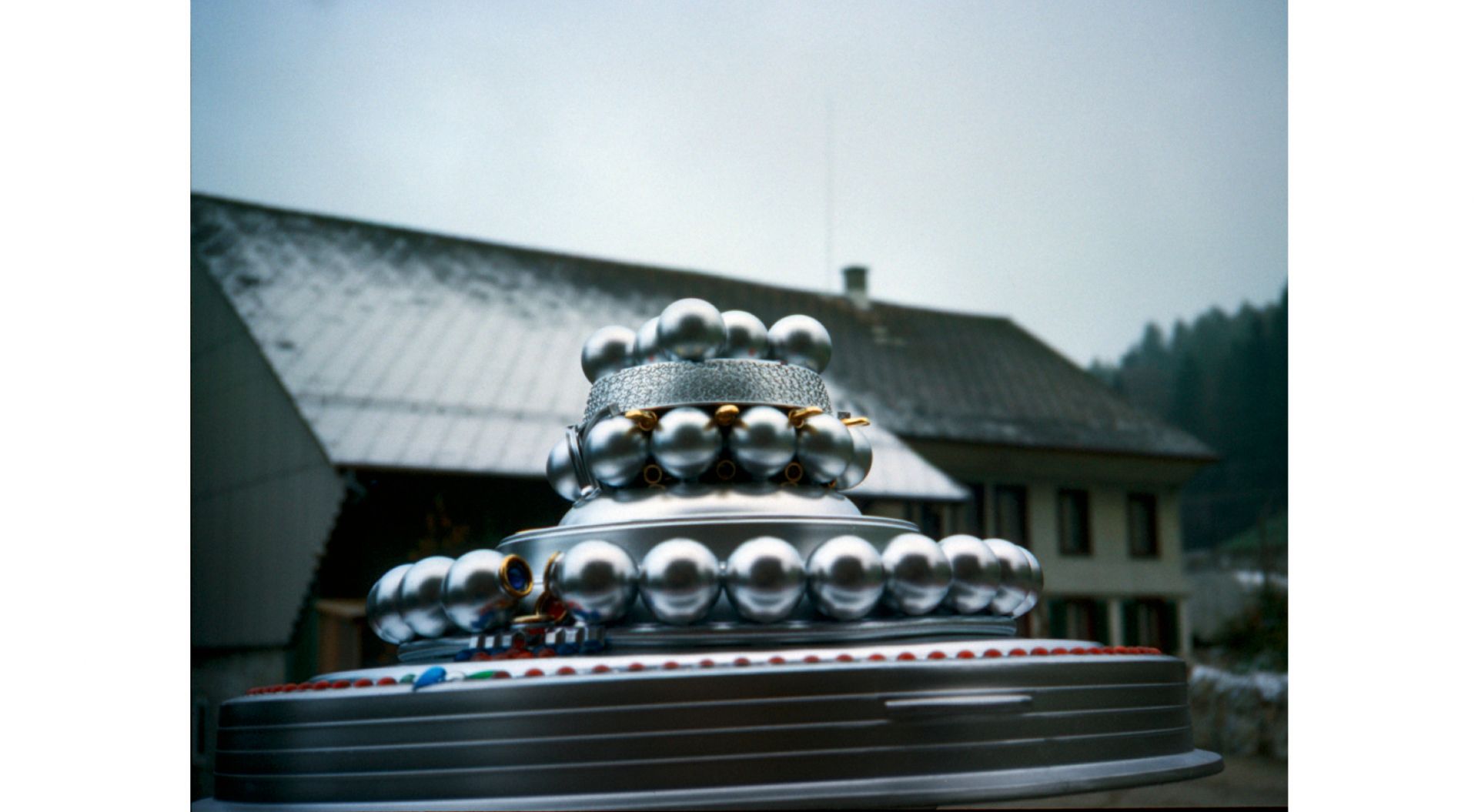 Let’s talk shop? Tell us more about your career, what can you share with our community?
As previously mentioned, my early life was focused on the arts, mainly painting, and I was already an award-winning painter while in art school. At the same time, I was also a singer-songwriter and guitarist. I got my first recording contract when I moved to NYC, around 1966, which didn’t last long. I then got a recording contract on A&M records, which was also brief. In early 1967, I walked into the offices of Harper’s Bazaar magazine and presented a box full of the intricately hand-painted artificial fingernails I had created. Within a short period of time, the still popular fad of “fingernail art” was born. I’ve created and invented many things and, soon, I’ll be recording a number of my songs, as I also return to this creative part of my work, in addition to the scientific research, media interviews, etc. I’ve overcome the challenges and obstacles in my life by learning how to persevere and maintain determination to achieve what I have committed myself to accomplishing. This striving is actually far more important than just having a “passion” for something, as is popularly believed. Passions fade but determination wins out in the end. See also: https://theyflyblog.com/about-michael/ 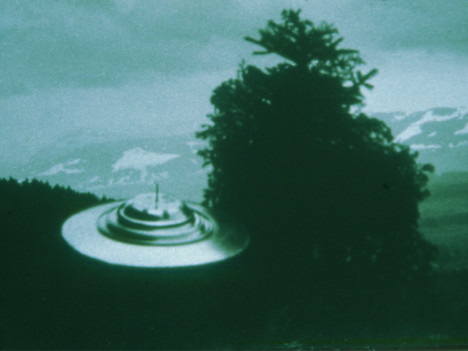 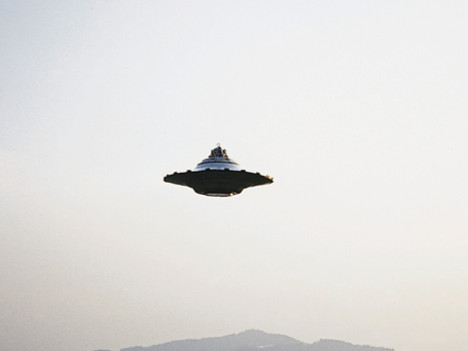 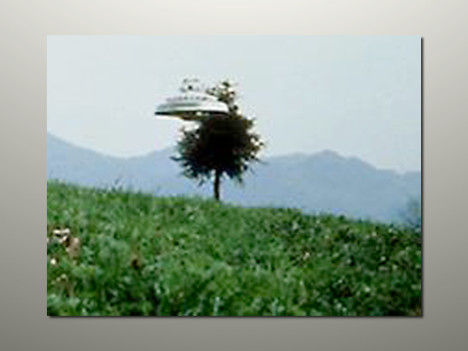 If you had a friend visiting you, what are some of the local spots you’d want to take them around to?
As the current COVID situation has greatly changed the kind of social interactions, etc., that we may have once taken for granted, I would probably still want to find a way for us to safely visit a local forest, lake or stream. One can derive infinitely more benefit and value from spending time in nature than simply seeking entertainment, excitement, etc. 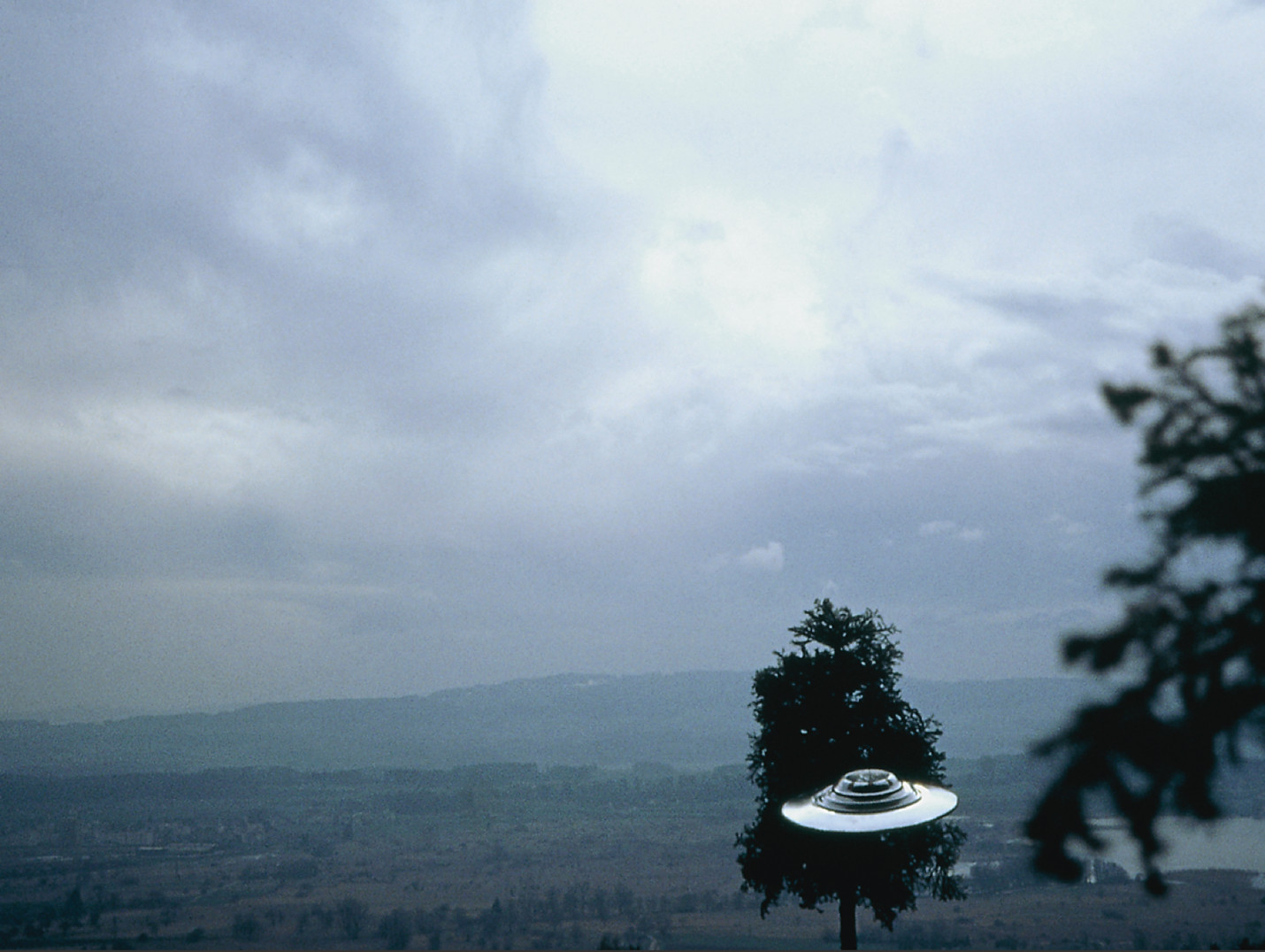 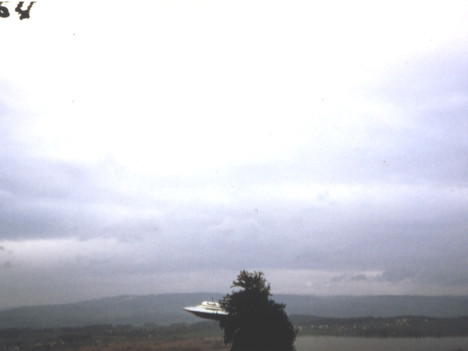 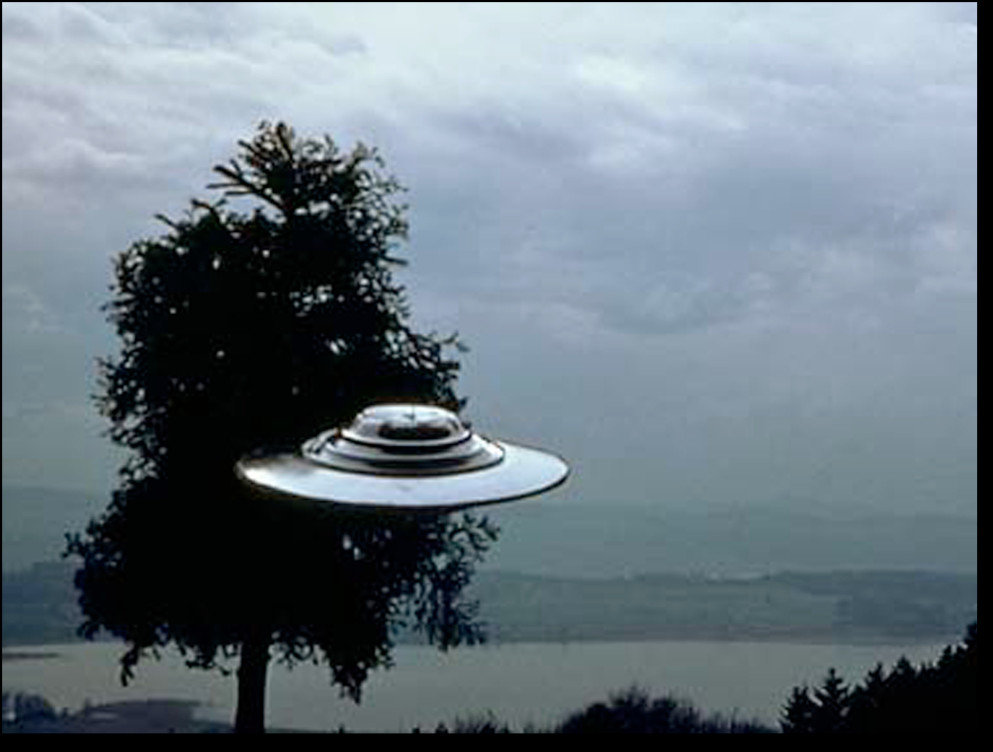 Who else deserves some credit and recognition?
The strange thing is that since I had previously developed no useful, marketable skills, etc., I basically created my successes through my own risk-taking and striving. While I certainly learned many things from people along the way, no one “made it possible” for me. I’d have to say that it was because of my finding the Billy Meier Contacts (also known as the Billy Meier UFO case) that I learned more about how to develop my own thinking abilities, understand important immutable universal laws like cause and effect, the need for taking 100% complete personal self-responsibility for everything in my life, learning to see things exactly as they are, without filtering them through fears or desires, etc. But, considering all of the experiences I had, in addition to the aura reading, there was one person who played a brief but significant role who also does stand out. He was an author and also a judge who was interested in having his book on the digital platform of a company that I started with another man, literally called eBooks, based on my idea in 1995 for digital book publishing. While having lunch with the judge, he mentioned the Myers-Briggs personality test, about which I knew nothing. He not only explained what it was but he also had a portable, multi-question test used to determine the personality types. Within a few minutes, I discovered that I was an INTJ, in this system. When he explained what this meant, the kind of personality an INTJ was and the fields in which it would most likely find success, i.e. in science, research, systems, management, etc., suddenly my…entire life made sense. While I had long identified as a strictly creative, right-brained person, by listening to the description of this personality type and its traits, I came to realize that all of the…thinking that I had done throughout my life – which few people were ever interested in hearing about – had resulted in an already vast amount of information that I now gave myself “permission” to further explore and investigate and which would play a hugely important part in my subsequent research, which would also contribute to the authentication of the Billy Meier UFO contacts. While this was a relatively brief meeting, it would be absolutely pivotal in my life and success.