We had the good fortune of connecting with Michael Kearns and we’ve shared our conversation below.

Hi Michael, why did you decide to pursue a creative path?
As a queer kid growing up in a fairly desolate St. Louis of the Fifties, I don’t think I had a choice. I wasn’t gonna work on the railroad; rather, I had creativity coursing through my body although I might not have defined it that way. I wanted to put on a show in my backyard. And dd I ever. At least one or two extravaganzas every summer which I wrote, directed, and starred in (way before Barbra, by the way). I’m not saying “why” because that’s the complex part but likely the universal aspect. What went on inside the house, only a few steps from where I rehearsed and performed my summer shows, was a classic dysfunctional family drama that I chose to escape as often as possible–even though I didn’t get too far. Expressing myself became my modus operandi to survive not fitting in–at school, at home, almost anywhere except on the stage. That is where I learned, at age eight or nine, I could do anything and didn’t have to worry. I could be too emotional, too silly, too outlandish, and not only would I not be rejected, but I would also be applauded. That’s pretty much how it has played out with many other “hats” included in my repertoire of artistic skills (teaching/coaching writing/acting, directing, producing) while in addition to playwright, I’ve added poet and singer as recently as 2020. 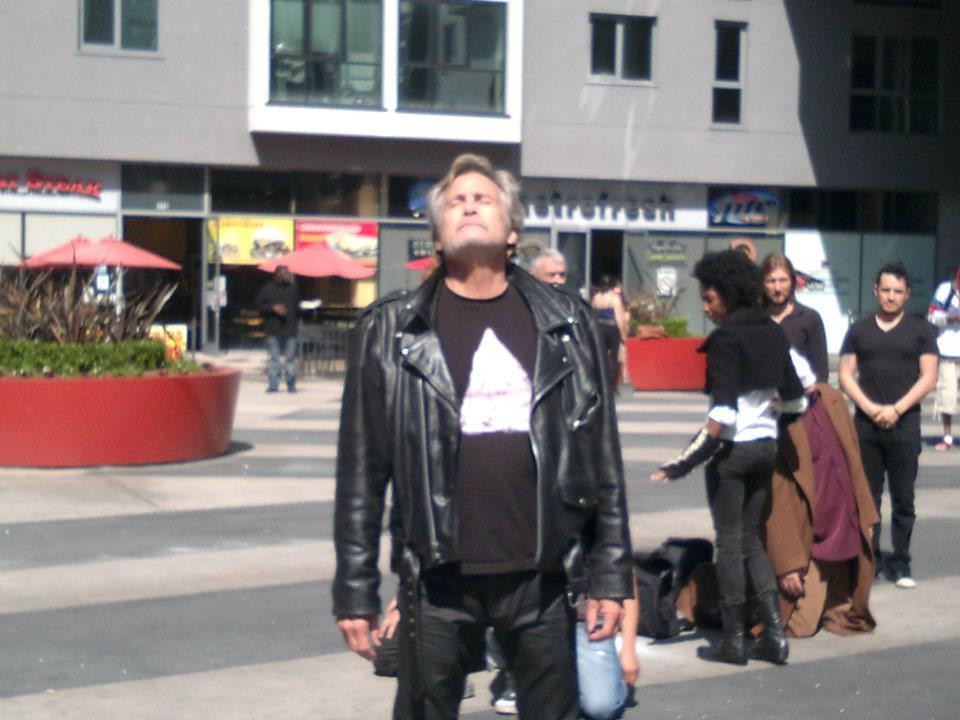 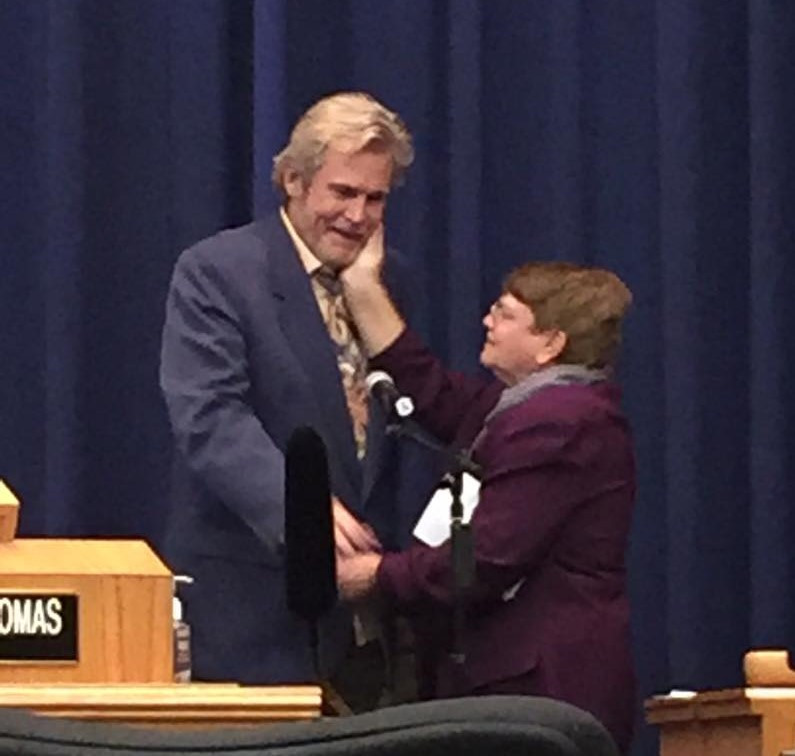 Alright, so let’s move onto what keeps you busy professionally?
When you are my age, it is easier to answer these questions because you have facts to support your theories. I’ve been in Los Angeles almost fifty years (and that includes Hollywood). Virtually since the very beginning, when I appeared to be a typical handsome kid seeking stardom, there was something inside me that sought more. I knew I was gay and I knew Hollywood was not welcoming me. And I knew I had to fight. And fought I did. Fight I do. But my fight became pronounced, especially during the AIDS crisis. when I became a prominent spokesperson. And my brand, as an artist who traveled all over America and internationally doing solo work, centered on depictions of the marginalized (the AIDS population at first and then others in society who are unheard). It was never easy. Art, if you are doing it right, is not easy. That doesn’t mean you don’t have fun and laugh and act silly. But you work and you sweat and you cry. I tell my students that I cry sitting at my computer and it sounds so fucking melodramatic. But it’s true. I’ve written about HIV/AIDS for nearly half of my life–not exclusively but I’ve never stopped. One becomes an artist for many different reasons. Many begin with the intent is to get something: money, fame, adoration. But art becomes pure only when you realize its purpose is to give. You have been given a talent that, yes, you have worked on to perfect, but then you give, give, give it away. With all of your heart. That is your mission. Your purpose. 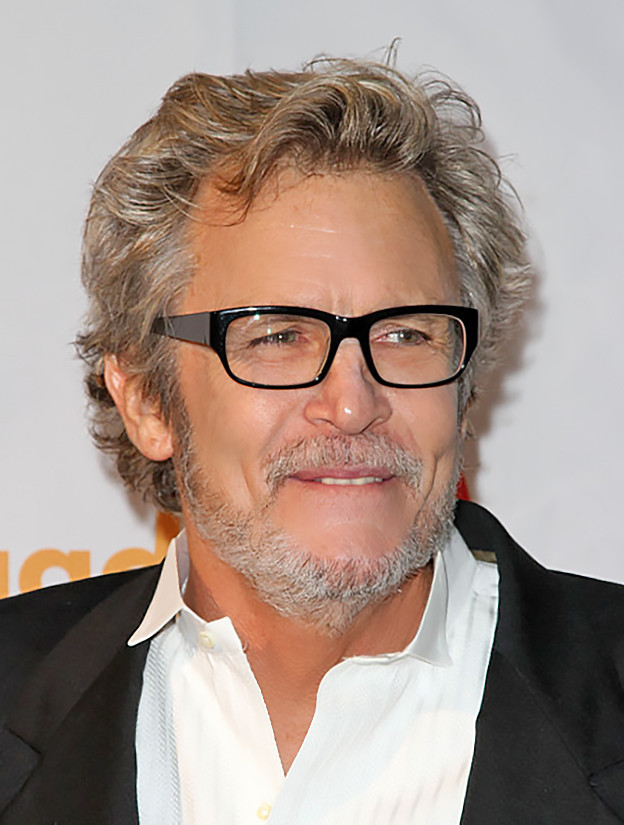 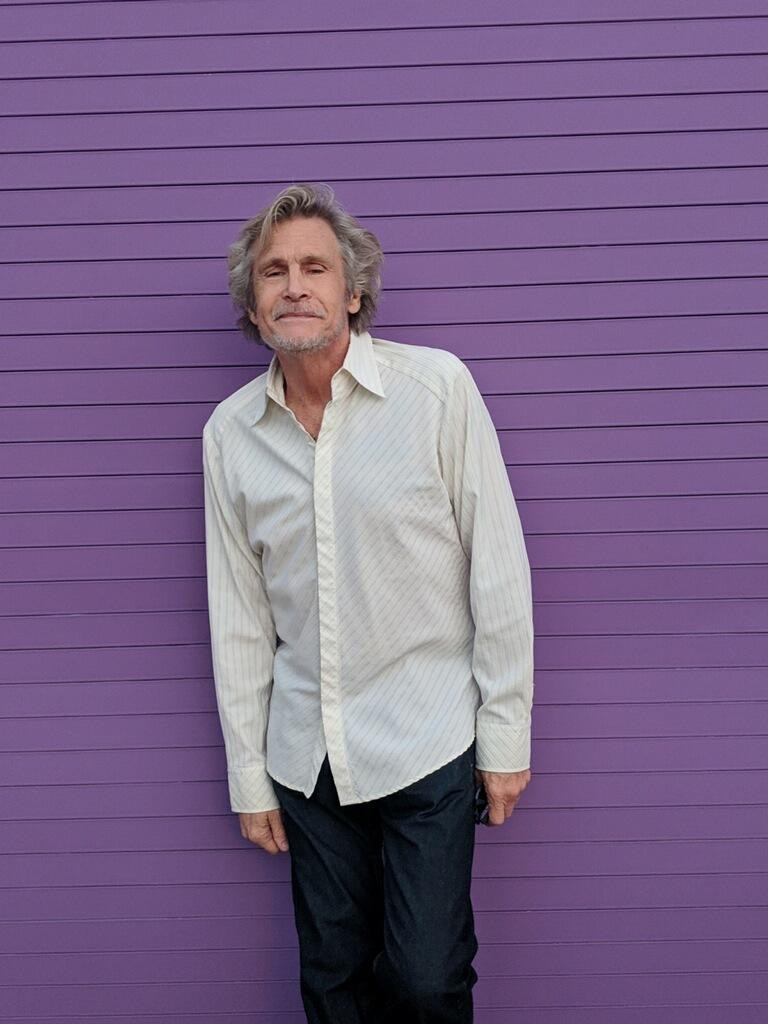 Let’s say your best friend was visiting the area and you wanted to show them the best time ever. Where would you take them? Give us a little itinerary – say it was a week long trip, where would you eat, drink, visit, hang out, etc.
In this COVID19 time, I’m somewhat stymied. I’ll toss off a few of my favorite L.A. locations. The Farmer’s Market is one of the first places I went to and I still love the crazy chaotic atmosphere. Same can be said for El Coyote which still manages to attract the hipsters with their fab Margaritas and those dazzling dresses worn by the waitresses way before all this gender confusion was the rage. Speaking of Mexican restaurants and gender dysphoria, Casita del Campo continues to reign if Silver Lake is on your agenda. Move on up to my ‘hood and there’s Home, Desert Rose, and all kinds of groovy shops and coffee places to hang on Hillhurst and Vermont. Not to mention the theatre where I hang my hat: Skylight. Oh, and the Vista Theatre, a classic moviehouse that is not to be missed–it’s gorgeous and luxurious seating, restored (?) to an extent to its original splendor. Move on down to the Boulevard of Broken Dreams(or whatever you wanna call it) and I’ll admit I cannot resist the Old Hollywood of Muso & Frank–imagine all those old stars (and plenty of new ones) who have romanced and split and fought and kissed and made up in those booths. And if you really wanna wax nostalgic, head a few blocks south and you’ll find the Hollywood Forever Cemetery where Rudolph Valentino (among others) are buried. It’s a beautiful cemetery and while it’s not Forest Lawn, it has its own charms. 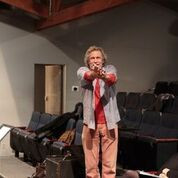 Shoutout is all about shouting out others who you feel deserve additional recognition and exposure. Who would you like to shoutout?
In 1994, I adopted a Black baby girl (5 months old), as a single dad, who has become my greatest teacher (and I have had some extraordinary ones). In those formative years, she taught me the things you might expect: patience, stamina, unconditional love. But as she got older–and by “older” I mean six or seven–I realized that her intelligence was influencing our arguments/discussions. Unlike many of her peers, she challenged my thinking. And we talked about uncomfortable things whenever she decided to bring them up, not when “the books” said to. And she went to a progressive school that encouraged individuality in thinking. My gayness, for example, was integrated into our conversation early on. It was not a secret ever; therefore, it was not to be feared. The same with my HIV-status; when it was time, we discussed it at length. As she matured, she was not only able to be honest with me, she was able to engage on a variety of subjects. As our relationship evolved, and she began to experience the real world as a young Black woman, the most urgent issue being her birth family and ethnicity. I do not pretend that Katherine was brought up in anything other than a white world and I’m not fooling myself or anyone else to suggest that going to the Martin Luther King Parade, watching a few documentaries and getting a shitload of children’s boks on the subject of racial equality is being a responsible white parent of a black child. I failed. So as she began to learn about her ethnicity, she taught me, replete with a reading list. Brilliant. I’ve made emotional, spiritual, intellectual progress.