We had the good fortune of connecting with Michael Nocny and we’ve shared our conversation below.

Hi Michael, why did you pursue a creative career?
To be honest, I think I decided to pursue an artistic career because I simply could not ignore the creative voice inside of me anymore. I have always had a need to make things manually.  Even when I was a kid I would spend hours building unusual designs from LEGOs (not what I was supposed to build, of course, because it was shown on the box, just something else that came to my mind). I would spend hours doing that. Music was always a big part of my life when I was growing up. I would sneak into my parent’s bedroom to listen to some of my father’s records without his knowledge. He always thought I would be an engineer or maybe an architect, both of which very desirable in Poland in the 90’s… For those of you that don’t know, that is where I am from 🙂  Both of my parents come from families with musical backgrounds and I believe that listening to those records shaped my music taste before I even started learning how to play piano. I was always very curious. How did they make that sound? Why does it sound like that on the record? My mom would get really upset when I was banging on the desk imitating rhythms I heard on the radio instead of doing my homework, so when I was 12, she finally took me to the music school to see what they would say. That is how it all started. I never wanted to play anything that was in the books, I just wanted to play my own ideas, melodies and rhythms… No matter what it was or even if it didn’t make any musical sense. That need to “get it out” was so strong it defined my future music career.

Let’s talk shop? Tell us more about your career, what can you share with our community?
I was born in Warsaw, Poland and I was raised to be a “decent” human being without any emphasis to be unique or outstanding. This was by design. I was educated to get a job and make a living in the same way as everybody else. But for whatever reason that never sat well with me. I always knew that life could be much bigger than that. I’ve had multiple jobs in my life but only a few of them brought satisfaction. Even as I worked those jobs, I would still make music or perform after hours, late nights or weekends. I know that there so many talented artists who struggle at their “day jobs” because making art is all they want to do. I think that in my particular example, there are three main things that have lead me to where I am today. Those are: passion, faith and discipline. One fuels the other and vice versa. Somebody once said that “Passion Changes Everything” and I absolutely agree with that. You have to be passionate about what you do. Only then you will be able to be outstanding in your craft. They say you need to spend at least 10.000 hours to master something. If there’s no passion that will drive you, you will most likely give up way too early. Musicians, record producers, beat makers, singers, recording and mixing engineers, they all spend thousands of hours working on their craft. There is just no way around it. That brings us to faith. I have faith that I can achieve so much more and that I have the ability and resources to make it happen. I believe that if I don’t have the resources at the given moment, I just need to create them, one way or another. That concept can be very difficult to grasp at an early stage of any artistic career but in my experience, I have found that even something that may seems impossible can be attained, one way or another. If something doesn’t work the first time, try another way and another and another – Just don’t give up! To me, the most challenging part has been rebuilding my career in another country, basically from scratch. Somebody once said that “America is a One Way Speaker”. Even if you are very successful somewhere else in the world, it does not really mean much here. There are different rules that apply and I have had to relearn pretty much everything. “Figuring It Out” has definitely been the most difficult part of this journey. The everyday uncertainty, doubting myself, questioning is it was the right decision to leave my successful career in my home country, wondering “what if I fail?” THAT is where the discipline kicks in. Because no matter what happens, I keep trying and I keep going. If I don’t, I know there will be a moment in my life where I would have regretted quitting. So the discipline helps me make progress every single day. Those small steps have lead me to where I am today. I truly believe that these three factors helped me get from recording music ideas in a dark, tiny basement in Warsaw, Poland to working with Grammy Award winning artists here in Los Angeles. 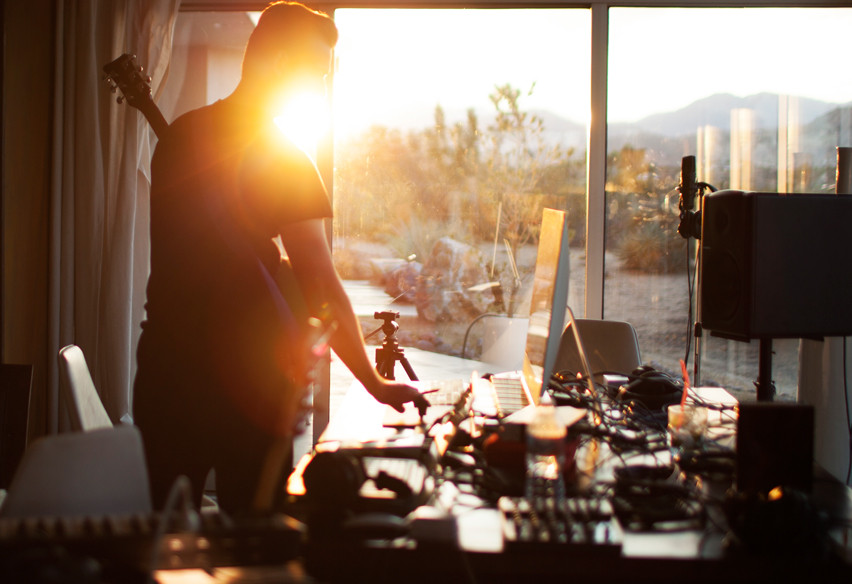 Let’s say your best friend was visiting the area and you wanted to show them the best time ever. Where would you take them? Give us a little itinerary – say it was a week long trip, where would you eat, drink, visit, hang out, etc.
Man, I love LA. I have visited more than 20 countries in my life, but this is the only city that felt like home the moment I got here. For that reason alone I wanted to get to know it right away. I used to drive for hours just to explore it. I’ve gotten lost probably more than a million times but I was never scared of it. Maybe overwhelmed at the beginning, but never afraid. I will say that it definitely felt like I was stepping into a movie set. Yes, I know it sounds cheesy, but that’s exactly how I experienced it.  The first ever place I went to in LA was the Griffith Observatory. I went there to catch the sunrise the very first day I arrived. I couldn’t sleep that night anyway so I just decided to go. The view of the “sleepy” city was absolutely breathtaking.  For everyone arriving from Europe it’s good to take a full advantage of the time difference and explore all those busy landmarks as early in a day as possible. The Griffith Park itself is pretty big so it’s very easy to spend the full day hiking. The next stop would be one of my favorite breakfast places in LA which is the Beachwood Cafe. It’s a great, very well known spot but it still feels like a hidden gem at the same time.    But to be honest, nothing beats the Westside and it’s good to be there for a couple of days to experience the “beach life”. I lived in Marina del Rey for more than a year and I absolutely loved it. Being able to start a day with a workout on the beach or hop on the bike to explore the neighborhood is the best way to do it. Once you are on your way to the beach to surf the waves, you cannot miss Abbot Kinney and my absolute favorite pizza place in the whole of LA, Gjelina Takeway.  Have a cup of a delicious coffee and a slice of pizza before you burn some calories wrestling with the waves and then you are all set. How cool is that?  I’m pretty sure you would like to repeat that for at least couple days straight.  I also like how diverse and exciting Los Angeles is so let’s go Downtown later. The Arts District is full of absolutely amazing places filled with live music, street food and all kinds of art exhibitions and installations. DTLA at night has that really cool, futuristic almost cyberpunk vibe to it that makes you want to stay awake.  The biggest gem of them all to me to me will require a bit of a drive outside LA but it’s totally worth it. And once you get there you understand the “Desert Calling” expression. It’s Joshua Tree Park. One of the most inspiring places I have ever been to. It’s incredible how much you can recharge over there just in one day. To be more specific, I would highly recommend going on a hike to the “Lost Horse Mine”. Let me reveal you a little secret though, it’s not the actual mine that matters, it’s the energy and the view from that particular mountain when you climb pass the mine. Every time I sit down to meditate and to gather some thoughts I and up with at least 30 minute nap. Believe me, all the worries go away after that. So now that you have earned it, it’s time to take a short drive to Pioneertown and get some good old school american dinner at Pappy & Harriet’s 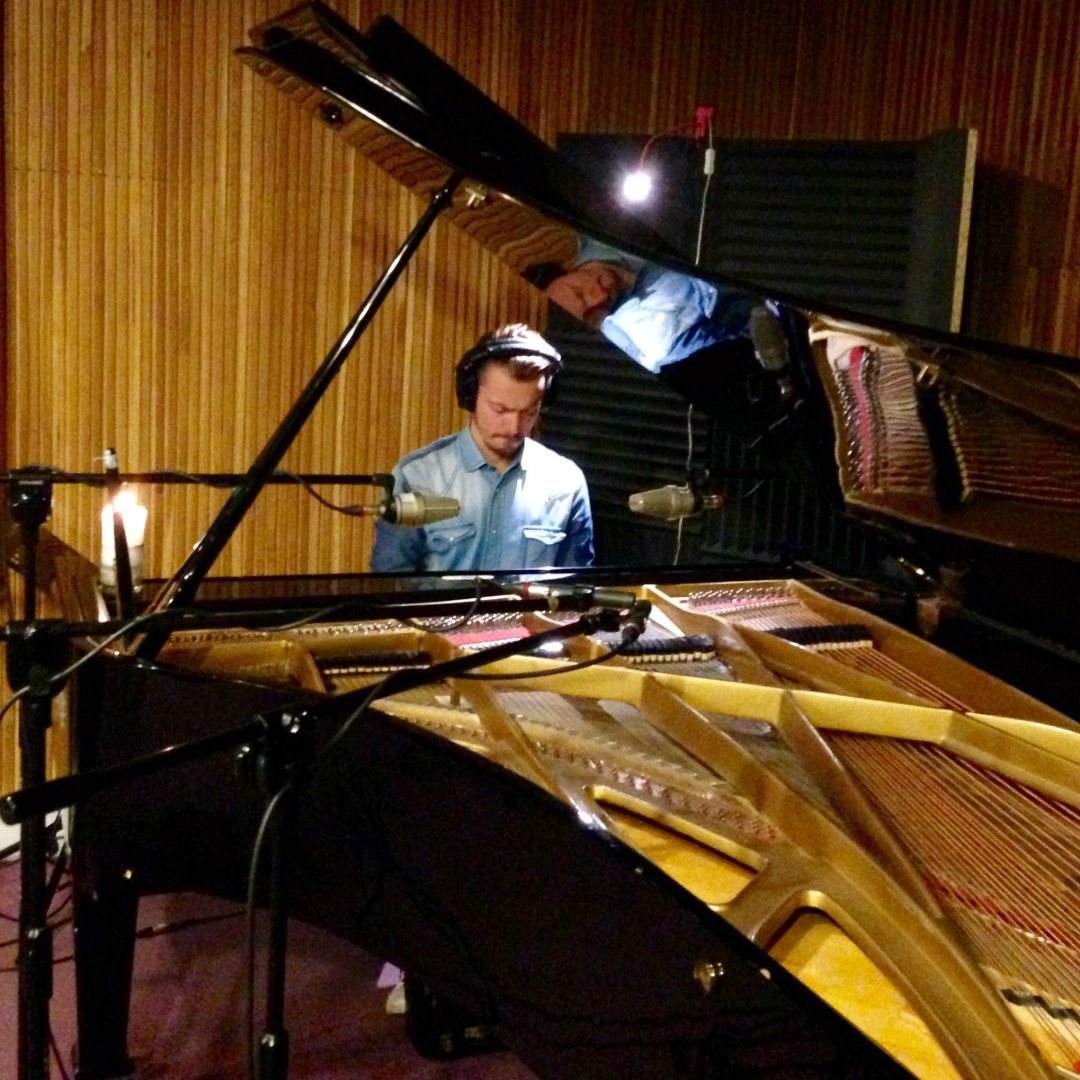 Who else deserves some credit and recognition?
I think in my case, it was a number of things that came together. I definitely have to give credit to my mom who took me to that music school in Poland. It was just supposed to be a hobby but it turned out to be something very, very different. She had no idea that one day I would make the decision to move across the world to pursue my musical dreams. The next person that deserves a shoutout is my music teacher. A brilliant jazz piano player who allowed to me play whatever I wanted, not just what I was “supposed” to learn. He showed me how to improvise and opened my mind to so many new artists, bands and genres. I will always be grateful that he taught me the basics but still allowed me to have fun with the music whenever I wanted. The third person that deserves a recognition is one of my best friends, Antek. He has always supported me, even when I had a very long break from making music. I remember one particular situation. One year, on my birthday, I did not feel like going anywhere to celebrate but he took me to a very popular music club in Warsaw that evening. I remember there was one band that was absolutely fantastic! They were a Funk/Hip Hop band and they were quite popular at the time. I was sold in them in a matter of minutes. Being that it was my birthdays, I’ve had a few beers. So after their set I went up to talk to them. Instead of just telling them how great they were, I ended up adding the fact that I thought they would be so much better with the keyboard player. Pretty ballsy coming from a random guy, but their response was: “Yeah we know, do you know anyone?” You can probably imagine what happened next. That connection opened so many more doors, put me back on track and convinced me to never leave music again. The last but not least thing on the list has to be that one special song or an album that we all had on repeat growing up. To me, it was Michael Jackson’s “Dangerous”. The way this album was shaped sonically was groundbreaking on so many levels. Sonically, it still holds up to todays best records. 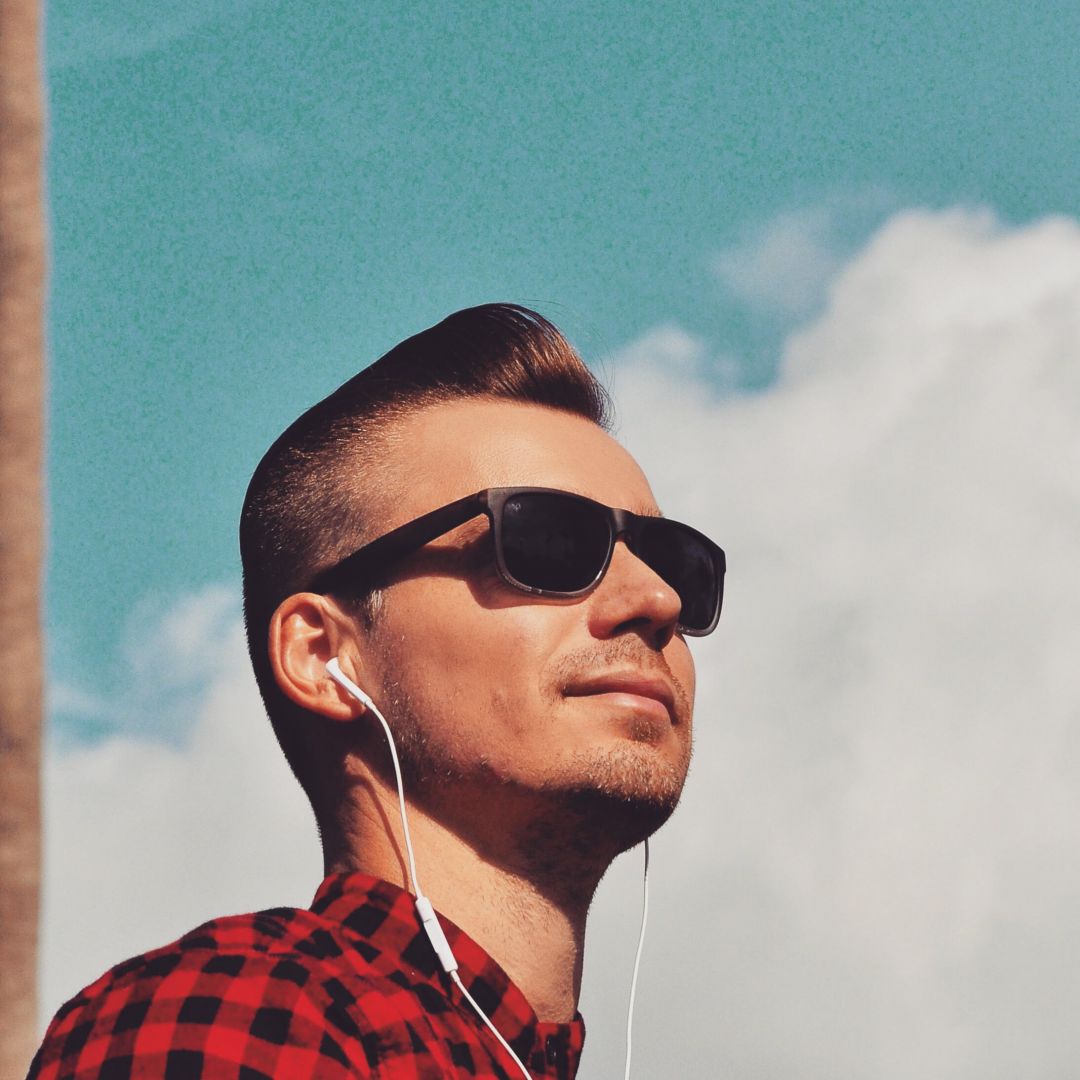