We had the good fortune of connecting with Mikayla Theone Khramov and we’ve shared our conversation below.

Hi Mikayla Theone, do you have a budget?
As an artist, I’m always looking for ways to finance my passion, and use my art as a means to make a living. I figured out early on how to market myself to get paid to play and perform in different bands. However, I didn’t really start budgeting for my music until later on, really, the last couple of years. Recently, I’ve been saving up a lot of my money to be able to record again. At one point I thought I had a couple investors to help me record my first real album, but since the pandemic, I’ve been starting to budget to pay for everything myself. In order to save, I try not to spend, or if I do, I space it out. It’s important to invest in yourself and your art, but it’s important to save for the bigger picture too. 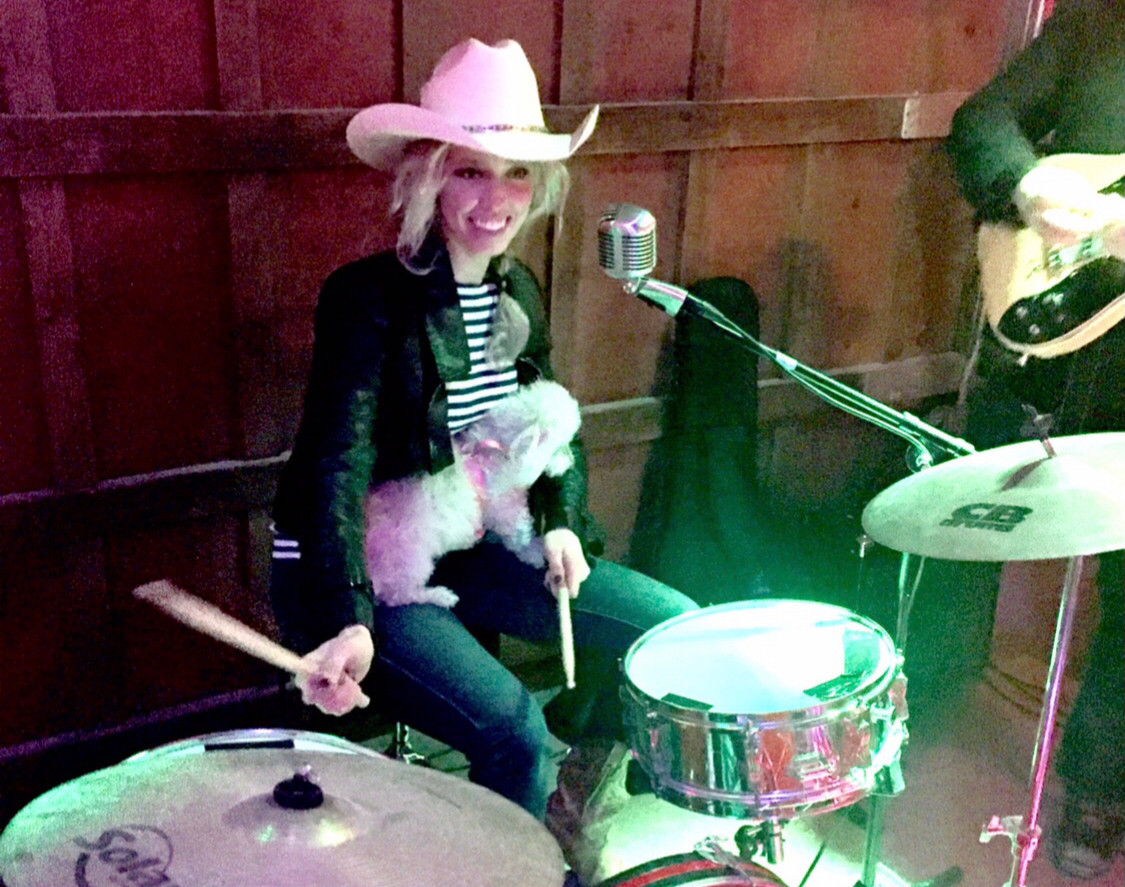 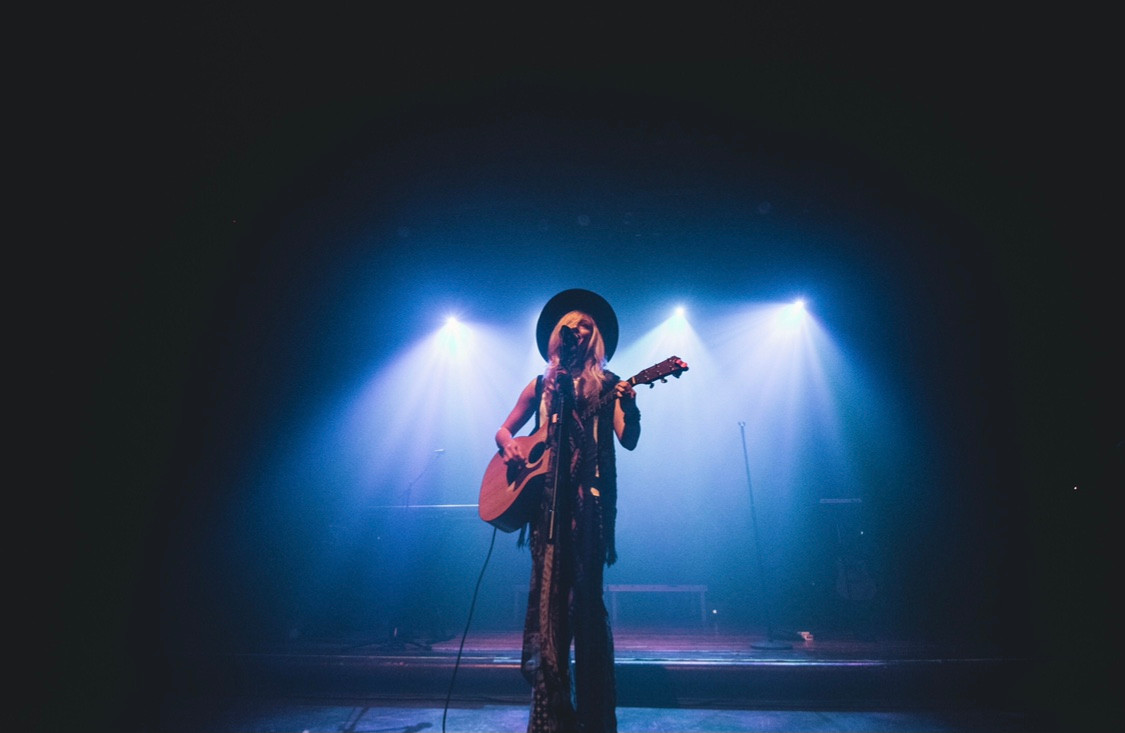 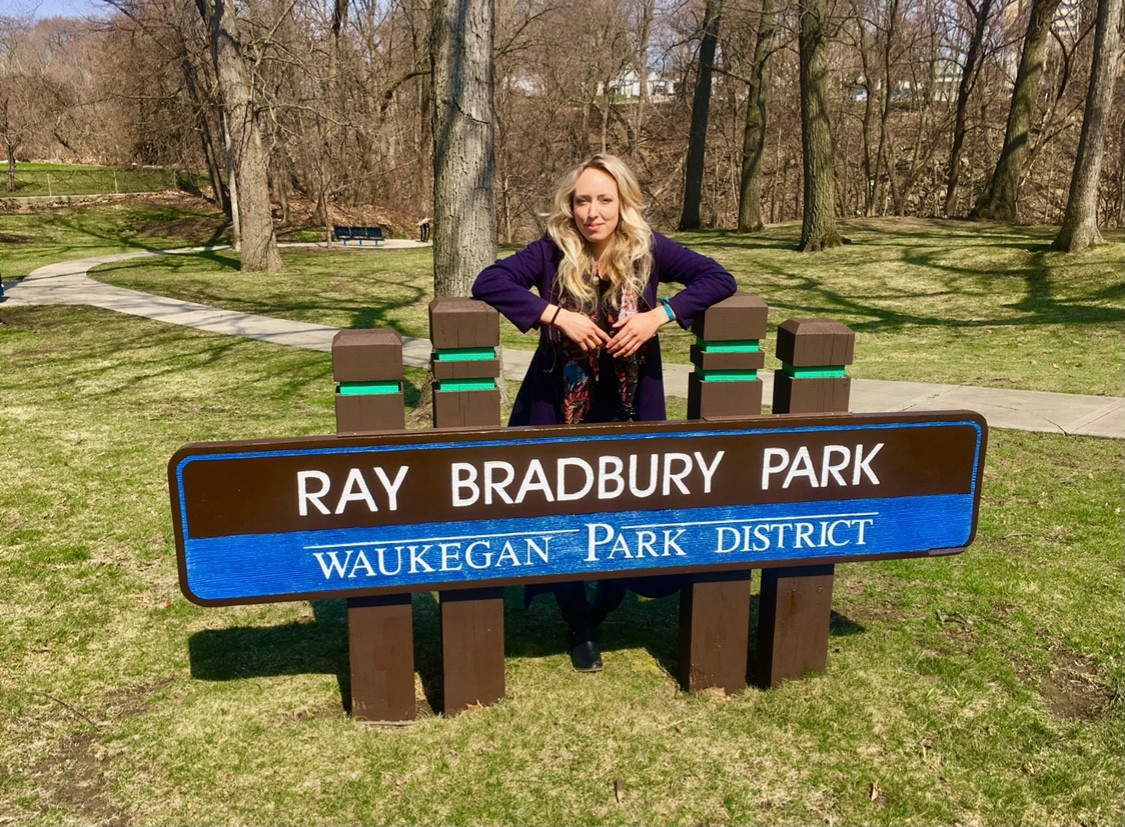 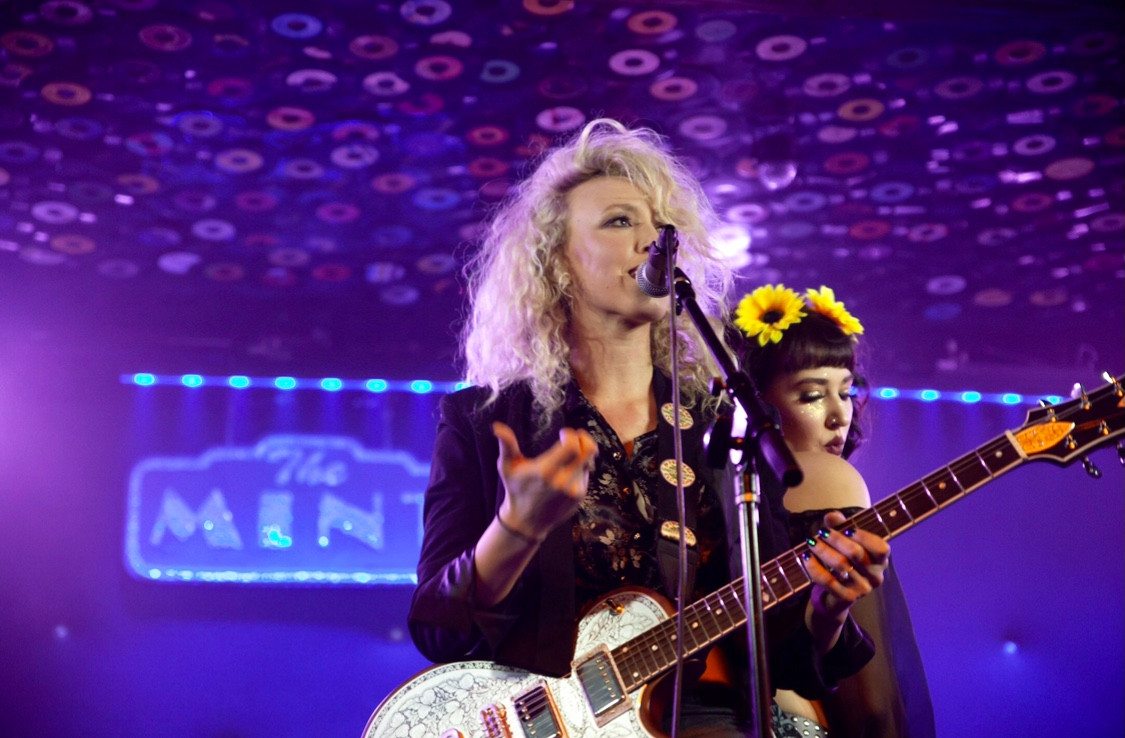 Please tell us more about your work. We’d love to hear what sets you apart from others, what you are most proud of or excited about. How did you get to where you are today professionally. Was it easy? If not, how did you overcome the challenges? What are the lessons you’ve learned along the way. What do you want the world to know about you or your brand and story?
My father was an immigrant from Russia who came to the US with his band. My mother was also a drummer, so I grew up with a music as a center point in the household. I didn’t really know I wanted to be a musician until I was 18 or 19. In high school I started a rockabilly band with my sister, and we played around a lot. We were called the Rad Cats, and later on my sister and I formed The Nesting Dolls, a Russian-American punk girl group. At the end of my senior year in high school, my dad passed away. That was a big game changer for me. When I went away to college, in Arizona, I decided I wanted to play music full time, in his honor. So I did. I was lucky enough to have a few local musicians include me in their bands and productions. I played all over the place, and different instruments too: the harp, the balalaika, guitar, and drums. I started playing corporate functions and special events too. When I was 21 and could finally hang at the bars I was playing in, I decided to reach out to a venue I always wanted to play in town, The Museum Club in Flagstaff, AZ. My band became a regular act there, and we made pretty good cash. That and the other gigs I had in town gave me enough to pay rent, so I was very fortunate I could do that and then focus on school.

I started to get calls to open for bigger artists when they came through town. I’ve opened for Jesse McCartney, Vance Joy, the AJR Brothers, Dale Watson, Junior Brown, and Billy Bob Thornton’s band, the Boxmasters. I also started touring the state as well, solo and with the band I played drums for, Andy See and the Swinging Jamboree. We had a lot of fun. When I toured solo, I played mostly casinos. Those shows were challenging for me, cuz there’s a lot more judgement from the bookers I realized. When I needed a band in a different town, I would just pickup players wherever I went. I preferred to play with locals, because I made new friends, and they would bring all their friends out too.
A lot of the challenges I faced made me a better artist today. I liked to mix up my set lists a lot, and looking back I get a little embarrassed at some of the songs I played, but hey, I was learning what worked for me and what my audience responded to. The bar shows are long, 3-4 hours. Casino shows sometimes are 5-6 hours. So you have to have a lot of music prepared, or a heck of a band to support you, and I had both. I really bonded with my guitarist Brad Bays, and bassist Andy See. We played in a trio together, myself on drums, and then they backed me up for my “Theone” shows. I tried to stay loyal to them for every gig. One year I got picked up by an all girls band in Tucson, and toured the state a bit, played a lot of theaters and RV parks, that sort of thing. It was really fun, and honestly, I haven’t met a lot of women who play music like I do, so it was so refreshing and really electric for me to make friends who were girls who played music, like really played their instruments. We are all still friends today.
I look back on those years like they were one great adventure. If I could do it all over again, mistakes included, I would, because I know those moments made me who I am today. It’s all part of my story. When I moved back to LA, I kind of had to start from scratch. I was 25 reentering a music scene where everyone already had their little packs. Luckily I met some cool cats who play with me regularly, one of them is Mark Christian of Merle Jagger. I love playing drums for him because he’s a fantastic guitar player with great rhythm, and there is so much exploring to do on drums. Today, I’m working and playing from home. I have about 25 songs ready to record, but honestly, I’m waiting for the best next move. I’d love to release new music, but I also would love to play again live. I know it will all come back soon, so I’m being patient, and tyring to practice and get better on my own.
If I could tell the world about my brand, I would want to say that I’m an artist with a mission. The state name I go by, Theone, is my middle name. It’s also the name of my great grandmother who was murdered in cold blood. The case is still open, and we have no leads. So I like to think that by performing and releasing music as Theone, someone might see or hear it, and remember something, anything, that could help bring my family to the justice we’ve been longing for for generations.

If you had a friend visiting you, what are some of the local spots you’d want to take them around to?
LA is full of surprises. I would say first though, visit all of the classics, the restaurants, the theaters, the Hollywood strip, then explore the surrounding areas. I spent a lot of time in Venice growing up. We lived in Santa Monica and my dad performed on the Promenade and Venice Beach. I would definitely say visit Venice and get a little piece of that “California hippy” vibe! I’ve had a lot of fun nights in Echo Park too, and if you love live music, you gotta hit up The Echo. During the summer, they have the Grand Ole Echo show where they showcase local and touring country artists, so definitely check that out! 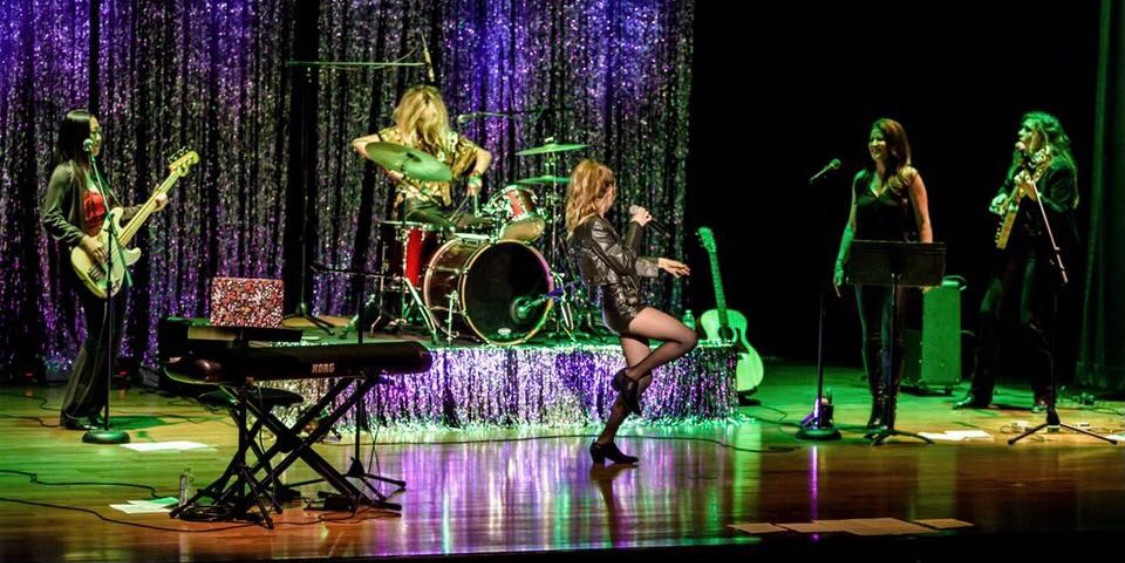 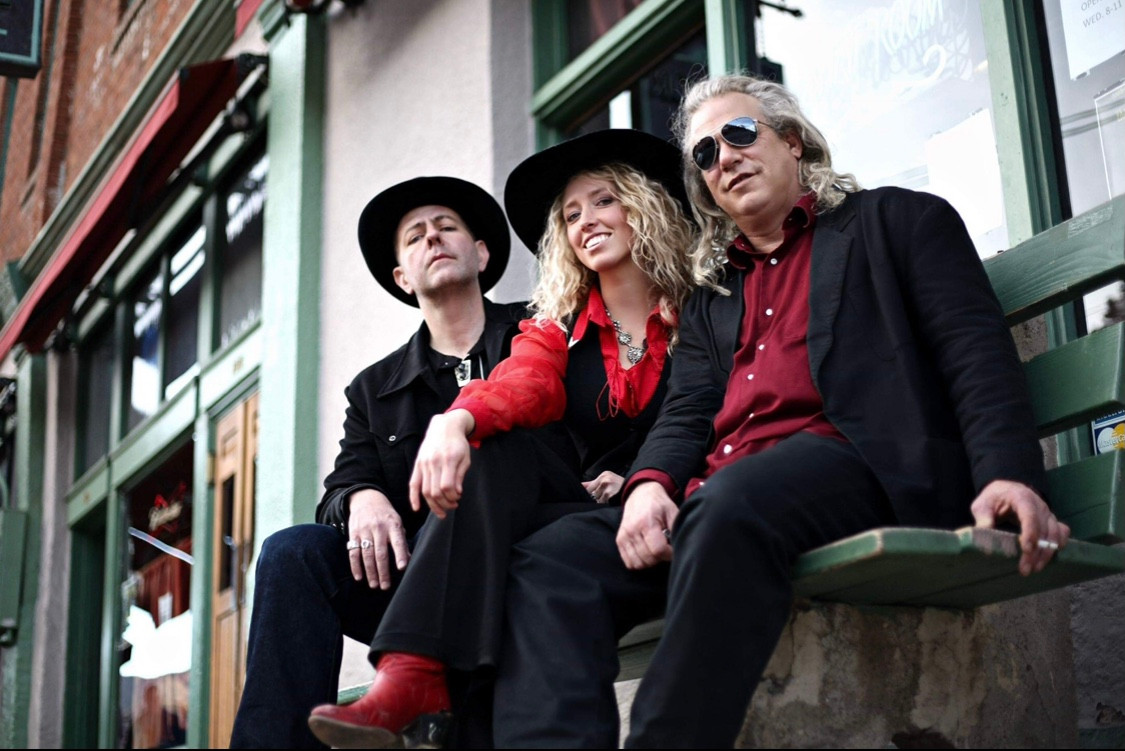 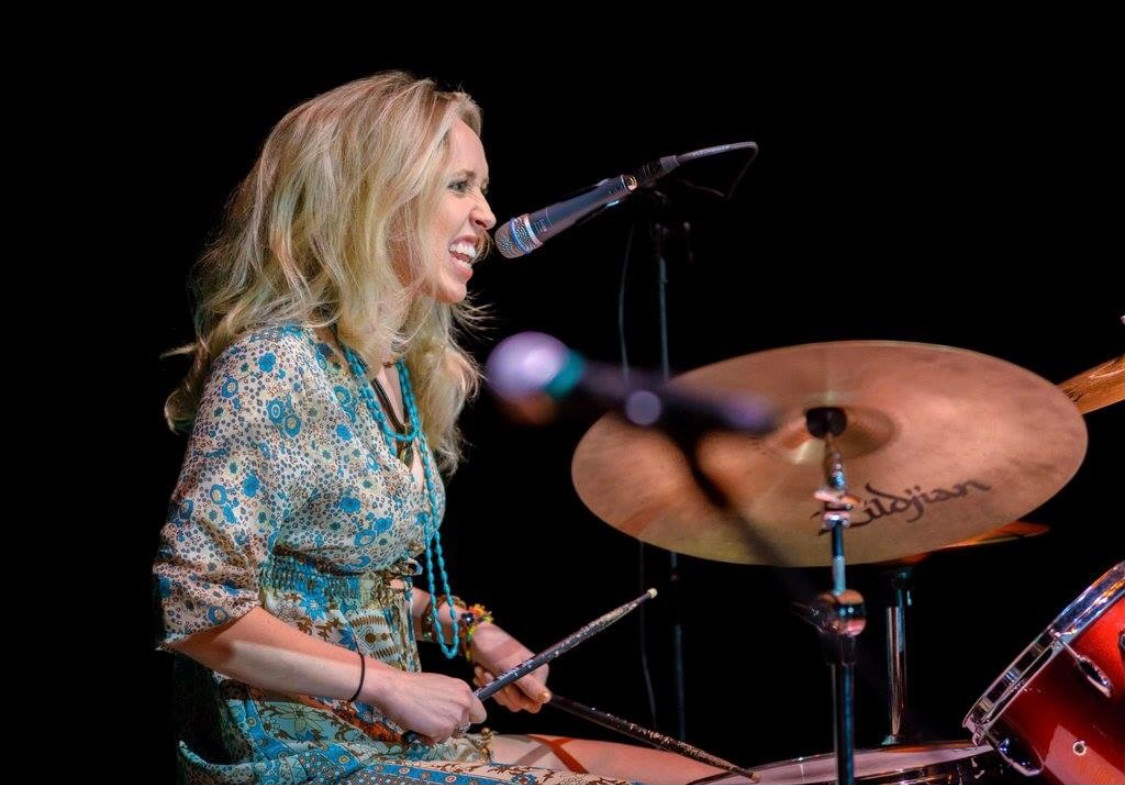 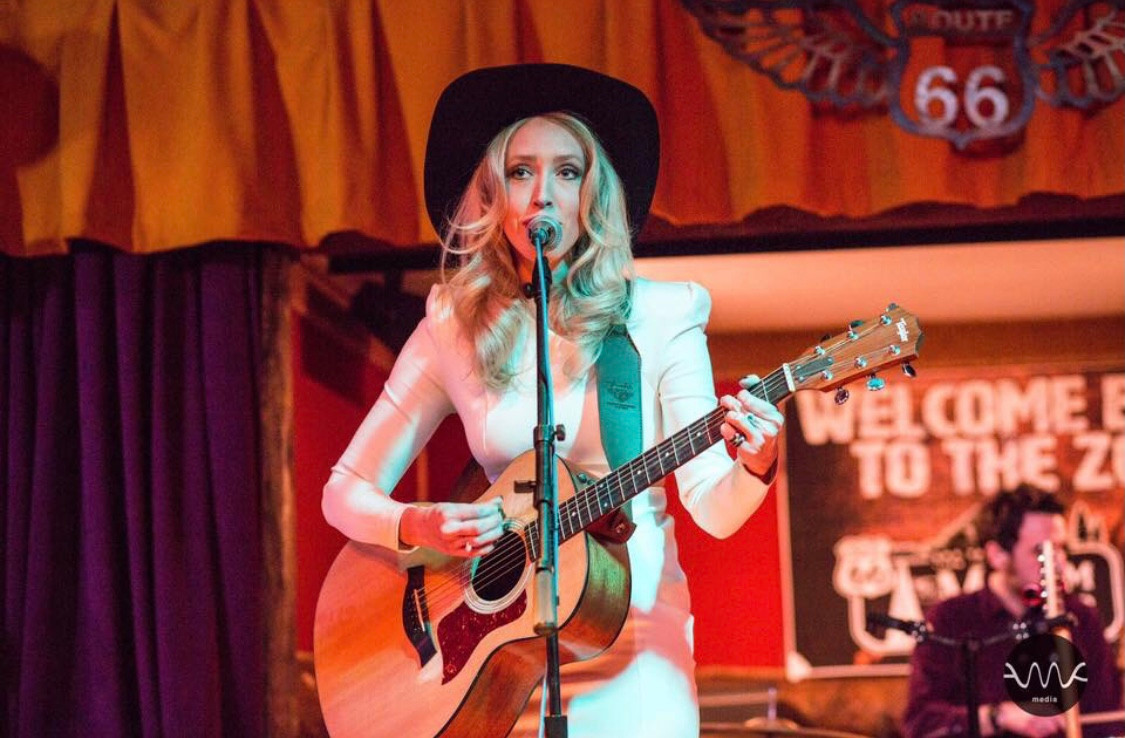 The Shoutout series is all about recognizing that our success and where we are in life is at least somewhat thanks to the efforts, support, mentorship, love and encouragement of others. So is there someone that you want to dedicate your shoutout to?
I would like to give a shout-out to the Ray Bradbury Experience Museum in Waukegan, IL. I’ve been a volunteer with them for 5 years now, and if I were a millionaire, I’d donate a lot of my million to that organization. I’m a big Ray Bradbury fan, and it means a lot to be a creative committee member with this museum. It’s a non-profit learning center all about Ray Bradbury, I’m his own hometown. It’s important to me to keep his legacy alive and exciting to new and younger fans, and also those who know and love him today.