We had the good fortune of connecting with Mike Aviles and we’ve shared our conversation below.

Hi Mike, is there something many others believe that you might not?
“Have something to fall back on”… it instills a belief in yourself that you’re going to fail. 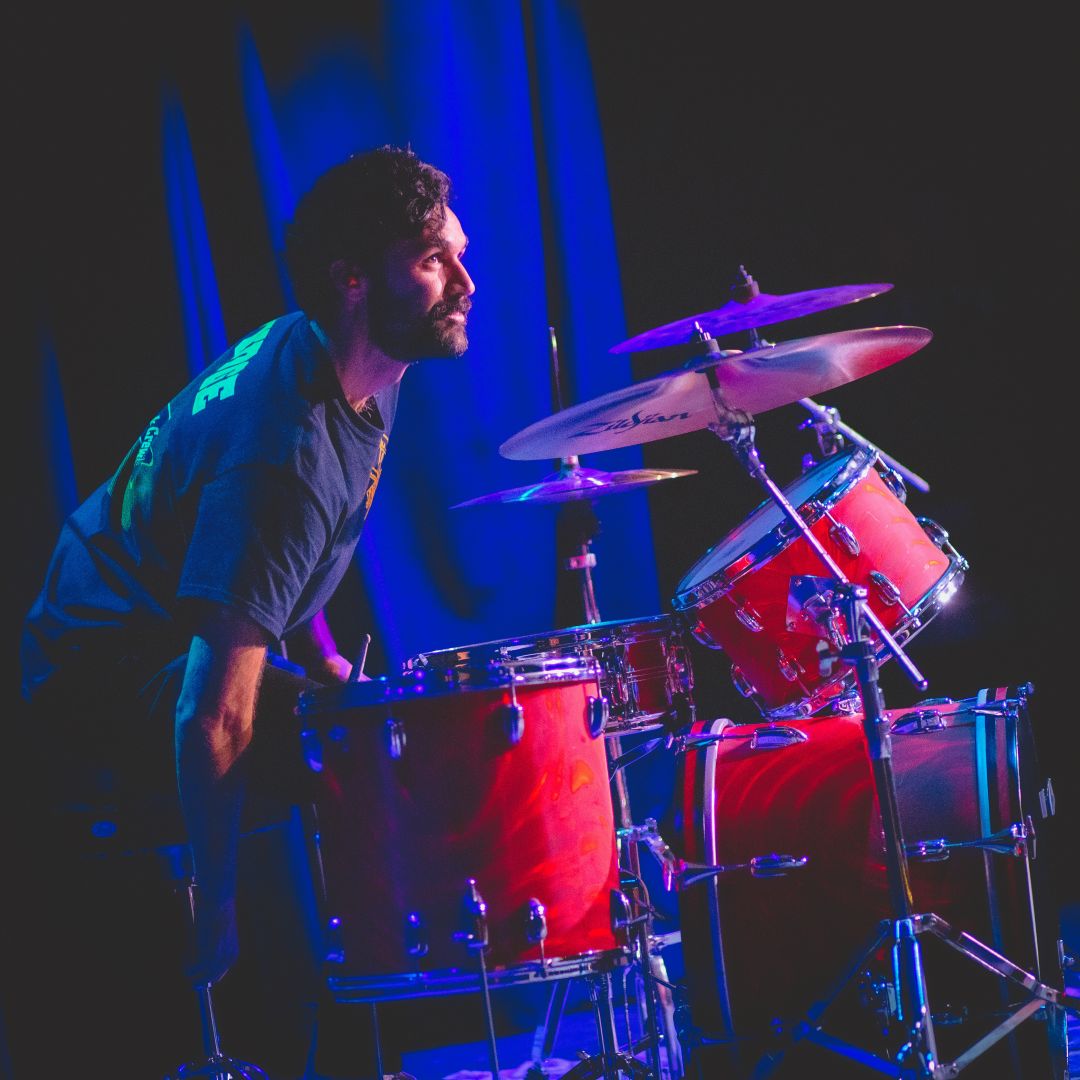 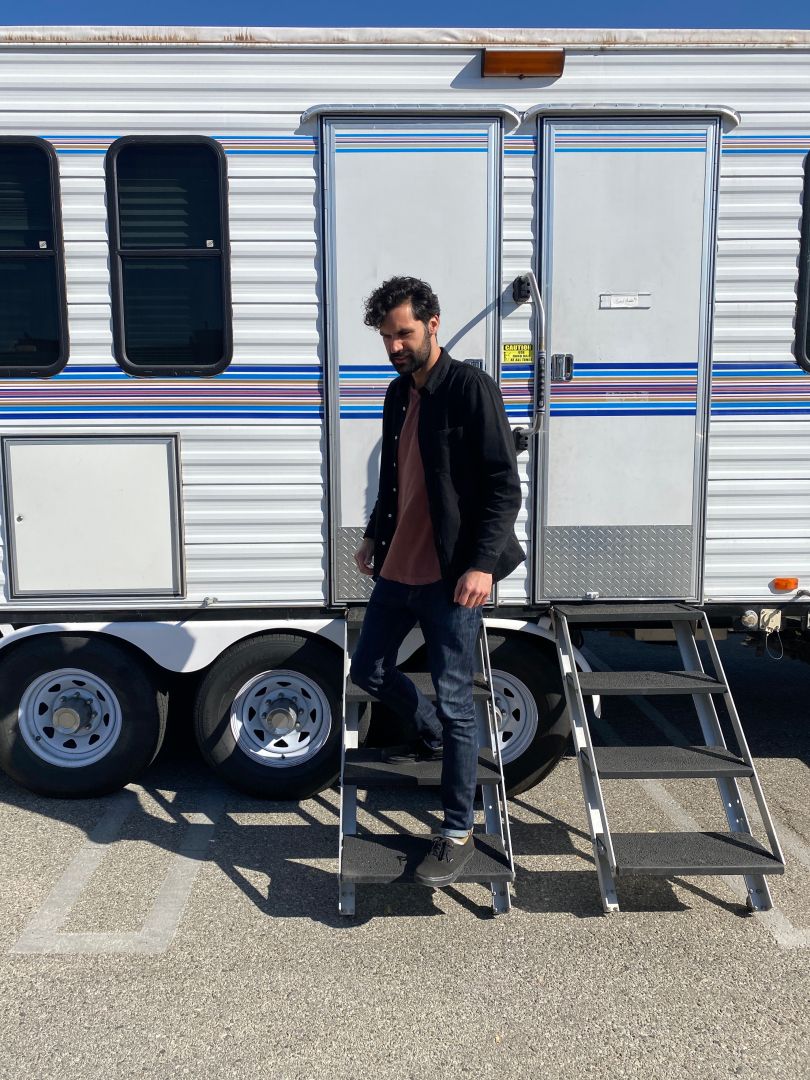 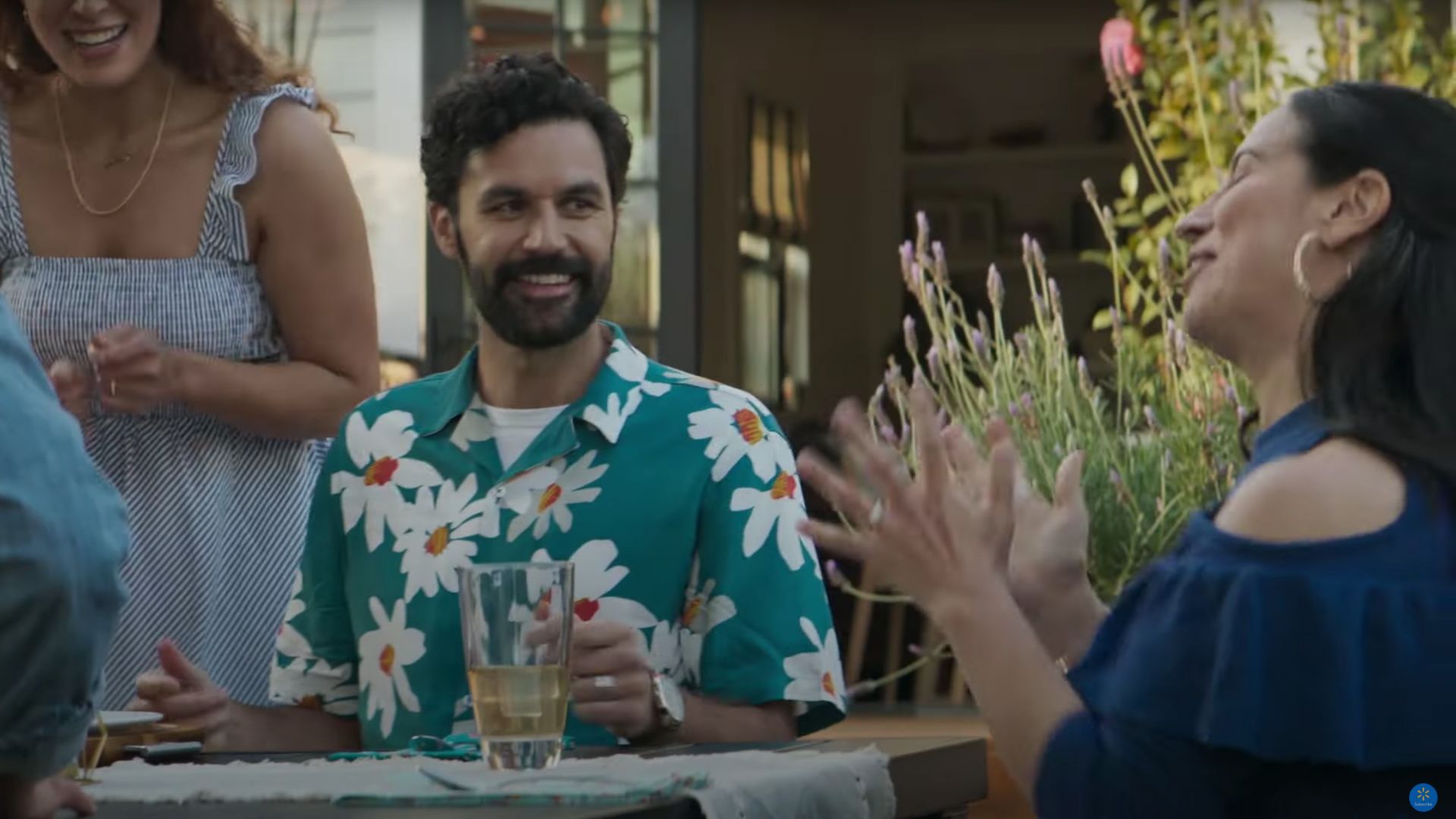 Please tell us more about your work. We’d love to hear what sets you apart from others, what you are most proud of or excited about. How did you get to where you are today professionally. Was it easy? If not, how did you overcome the challenges? What are the lessons you’ve learned along the way. What do you want the world to know about you or your brand and story?

I’m a drummer/song writer currently in the band, TWIN and I’m also an actor, improviser and writer. I spent my early years touring the US, Canada and Europe in Hardcore/punk bands. As an actor I’ve trained/performed improv and sketch comedy at iO Chicago, The Second City and The Annoyance theaters in Chicago and can be seen in a variety of commercials as well as TV shows like, The Flight Attendant and Gaslit. My short films have won awards and have been featured at film festivals like NYC Independent Film Festival, Portland Comedy Film Festival, and many others. I’ve also written original music for film and TV shows such as Grey’s Anatomy.

I’ve been playing music since as far back as I can remember. My dad was in a 80’s Hair Metal band called Chariot, so my oldest memories are of my mom carrying me around in music venues while I took naps in her lap so I never really questioned whether I’d grow up to be a musician. It was just always a part of my life, which is what I think has helped drive my career. I never had that moment of “deciding” to give music a shot. I always knew I was gonna play music for the rest of my life/career. And if I was ever able to buy groceries from it, then rad! Acting however, was something that took longer for me to wrap my head around actually pursuing and taking seriously. There weren’t a lot of acting classes in Cocoa Beach, Fl as a kid…

Was it Easy? No. Never. I’ve been playing/writing music since I could remember, professionally since I was 18 and I think this is the first year I’ve ever seen any real income from it. Let’s just say it’s been a looong time “getting by”. I spent several years touring/living in vans and working all of the odd jobs to continue being able to act and make music. I was fortunate enough to realize early on in my acting career that my look was “ethnically ambiguous Dad” and lets just say car commercials are quite fond of said look. But I think money in and of itself was always the biggest challenge. Whether it’s paying for rehearsal space or renting cameras for the next short film, money was always part of the conversation. I’ve never really questioned whether I’m good enough or talented to do these things… sure, I used to watch myself in my first couple commercials and sometimes want to light my TV on fire but any critiques of myself, I turned into focusing on getting better. The real struggle came when it’s time to figure out who is gonna pay you to make all this stuff I’ve written. But I’ve learned to keep “money” low on my career priority list, because you can really drive yourself straight back into a desk job if you think about how terrifying this career is for long enough. I just trust that someone will want to pay me for my talent if I keep putting it out there. Just gotta keep making stuff!

I guess one thing I’d like the world to know is that you really can have it all if you keep moving. I’ve spent my whole career wearing two hats in two different worlds: Drummer in the music scene and an actor in the comedy scene. As a kid I always wanted to be an actor and a drummer but knew those things would be quite different career paths. Starting out, I always thought I had to pick one or the other, to ever have any real success but my ADD brain was having none of that. So my goal for most of my career eventually became to have those two worlds collide, and I’m finally seeing that happen now. 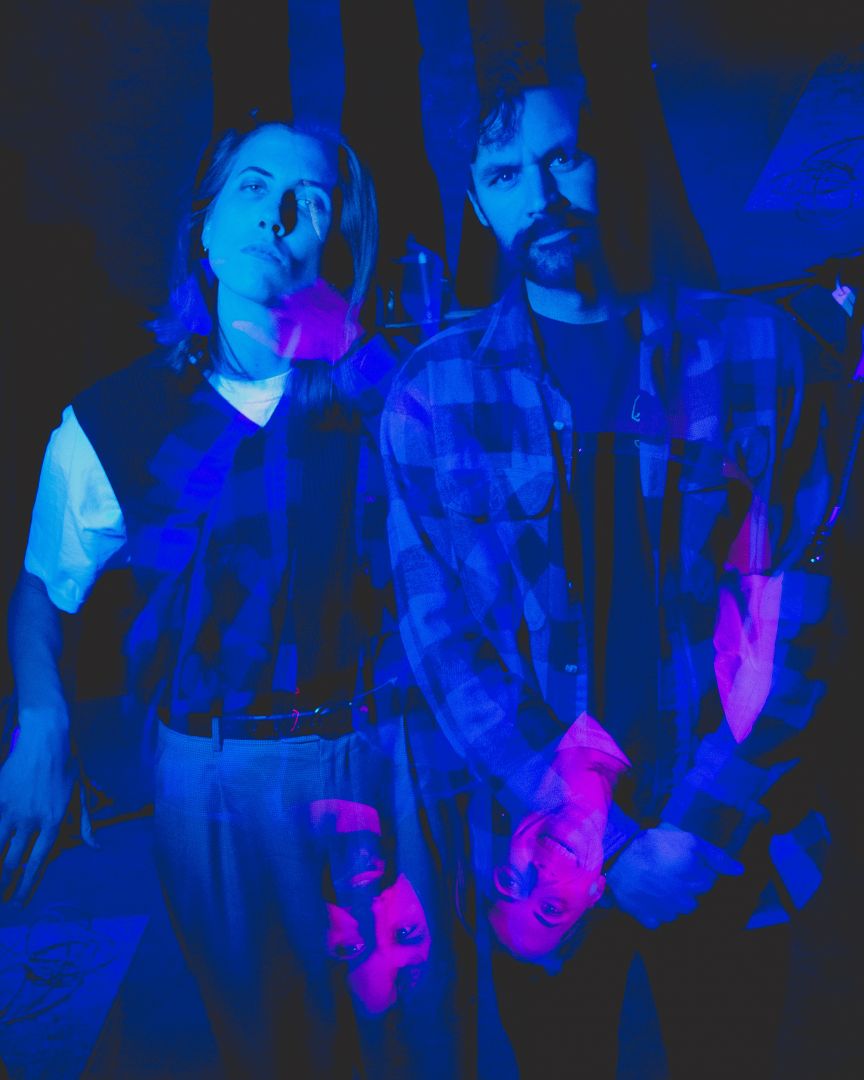 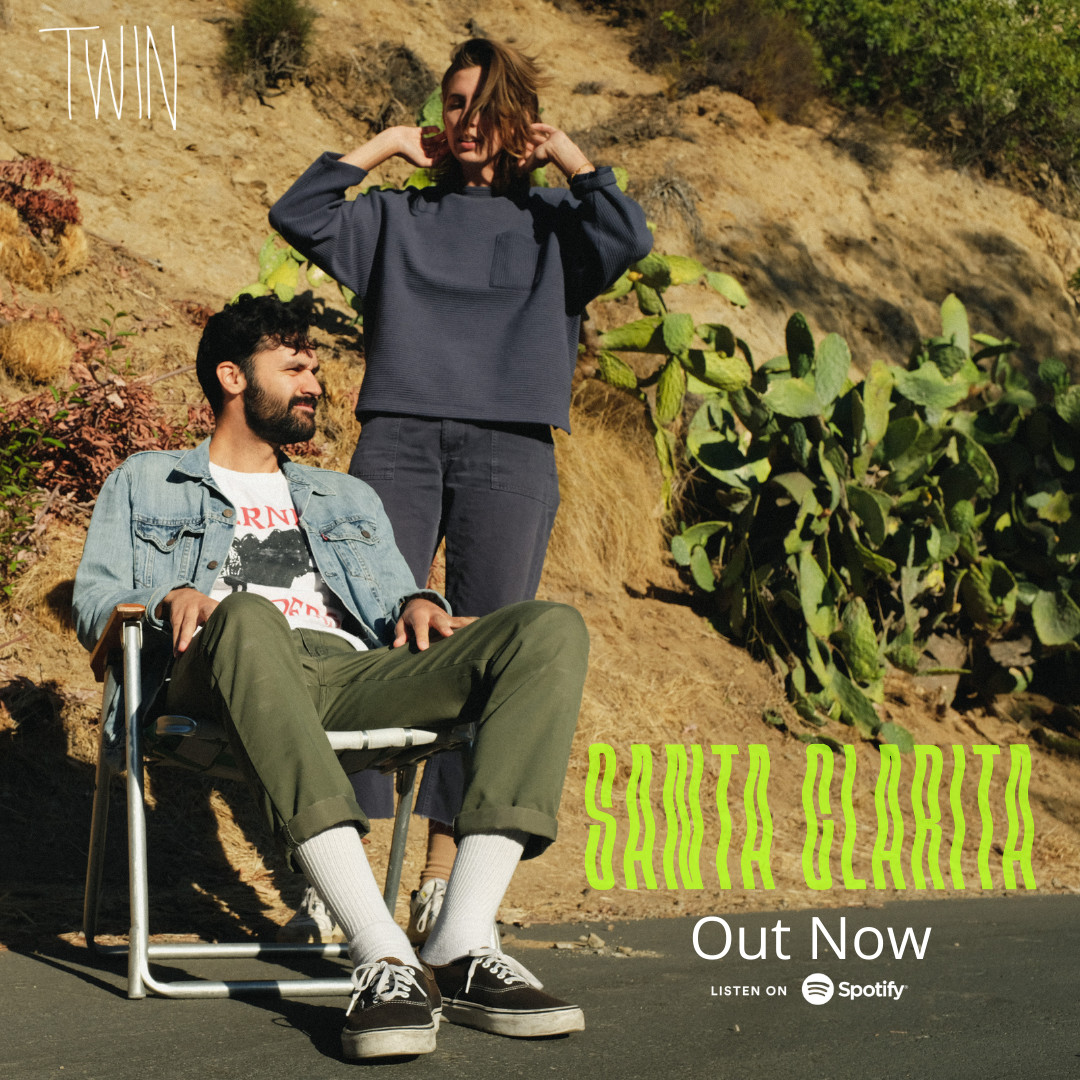 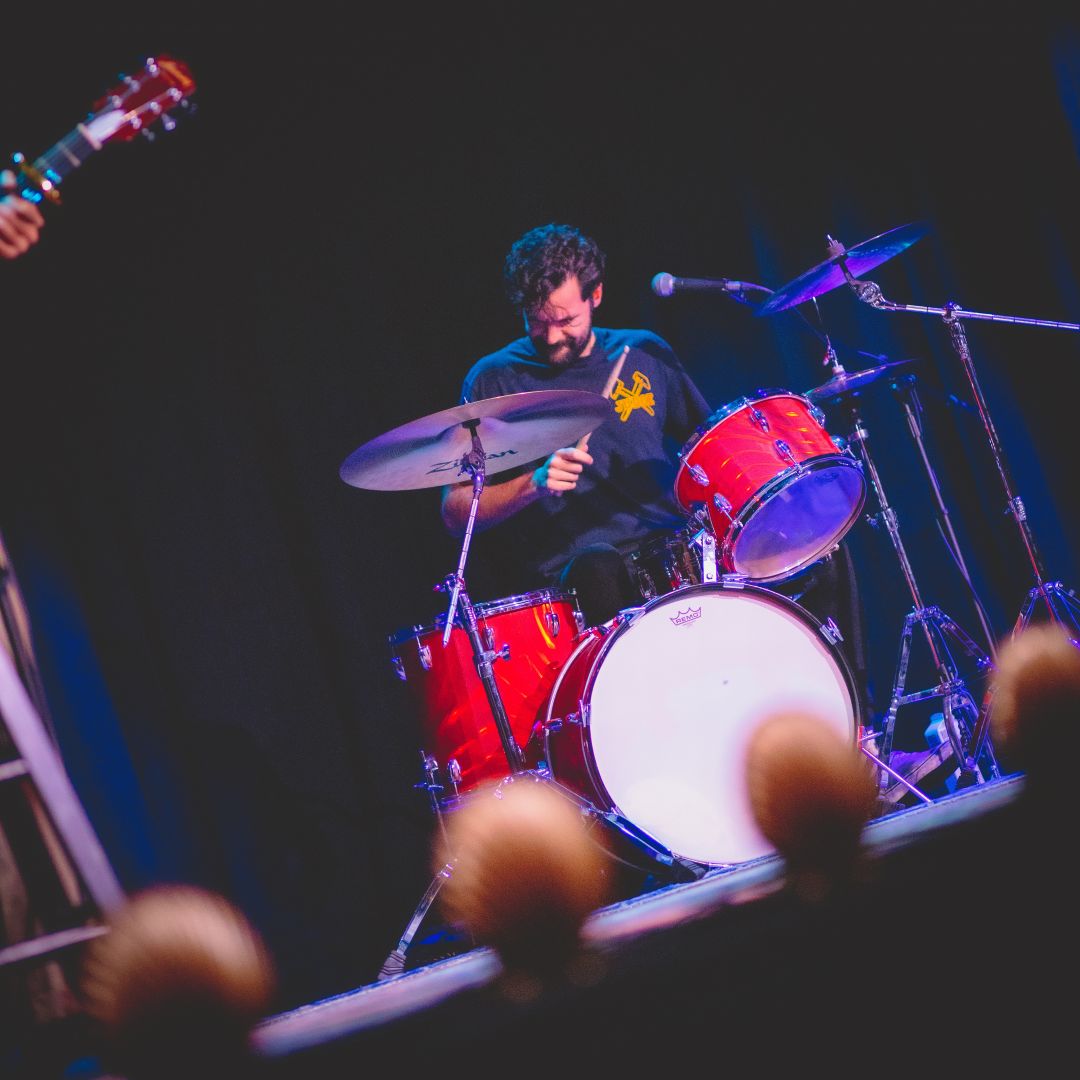 Let’s say your best friend was visiting the area and you wanted to show them the best time ever. Where would you take them? Give us a little itinerary – say it was a week long trip, where would you eat, drink, visit, hang out, etc.
Well, assuming they took my advice and flew into Burbank, I’d scoop em up and take the longer route back down the 101 to see the Capital Records building and then do a quick griffith hike to see the Hollywood sign to just get that out of the way.

Then out to Topanga to see the beach, eat fresh fish and surf. At night, head down to the arts district to hit the breweries.

And if we have time maybe go on a drive to find some waterfalls. 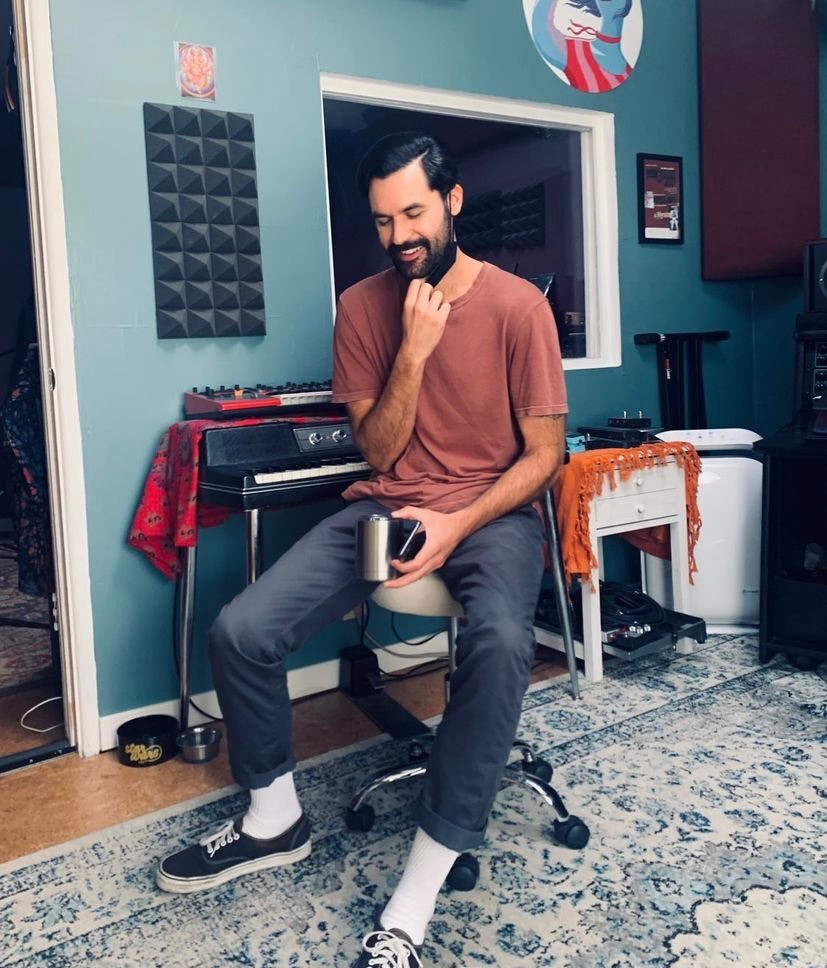 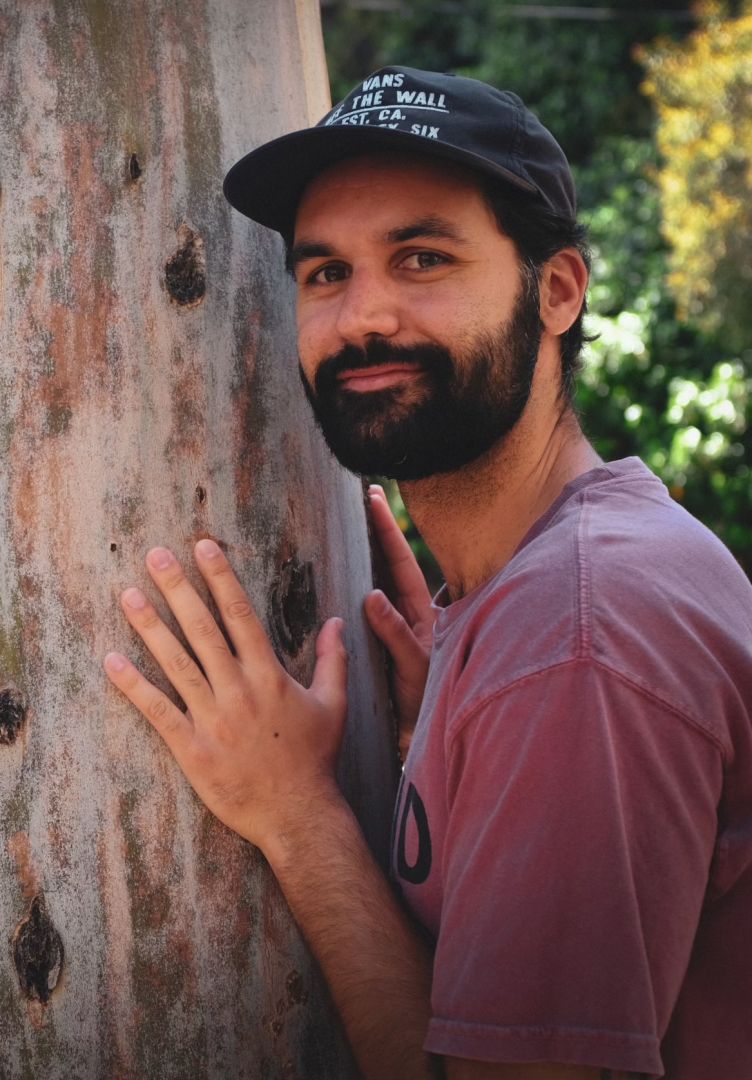 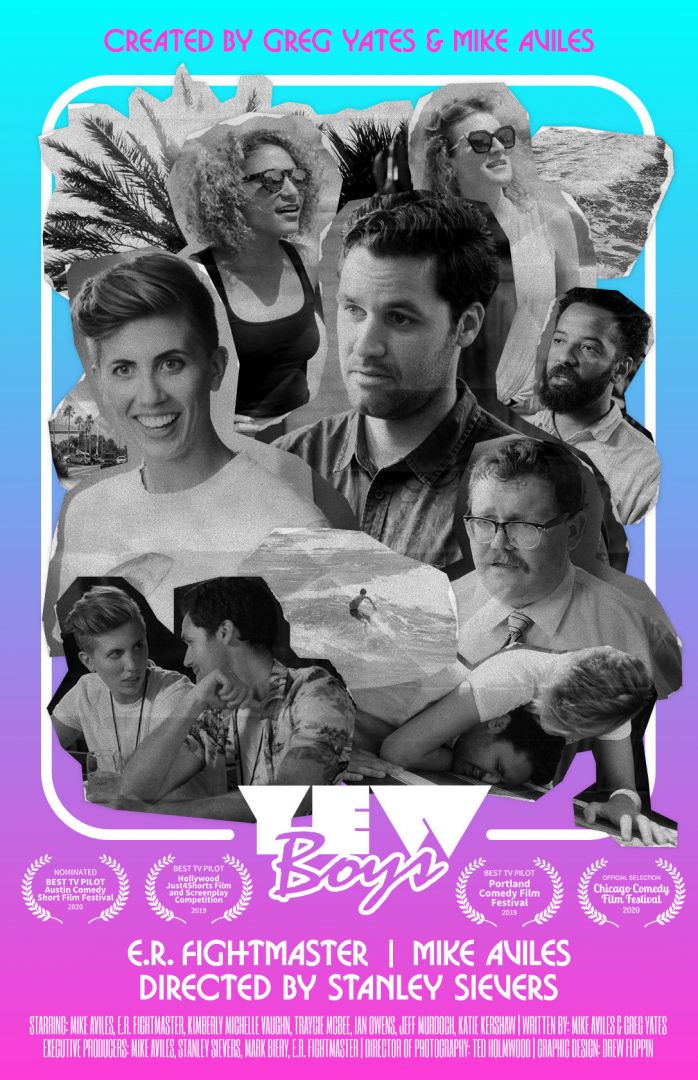 Shoutout is all about shouting out others who you feel deserve additional recognition and exposure. Who would you like to shoutout?
E. R. Fightmaster is my ride or die, Singer/Guitarist in my band, TWIN (@twin_music) and has always been someone who pushes me creatively.

Stanley Sievers (@stanleyws) is a great Director/Comedian and has been a creative partner on most every short film/pilot I’ve made.

My older brother, Matthew Aviles, who I grew up playing music with and toured the world with in our first band and would have probably died more than once over without him around. He’s also slappin’ the base on a few TWIN tracks.

And finally, I have to shoutout my best friend and creative partner, Greg Yates who passed away in 2017. He was a brother to me, the funniest person I’ve ever known and I truly wouldn’t be where I am today without him. 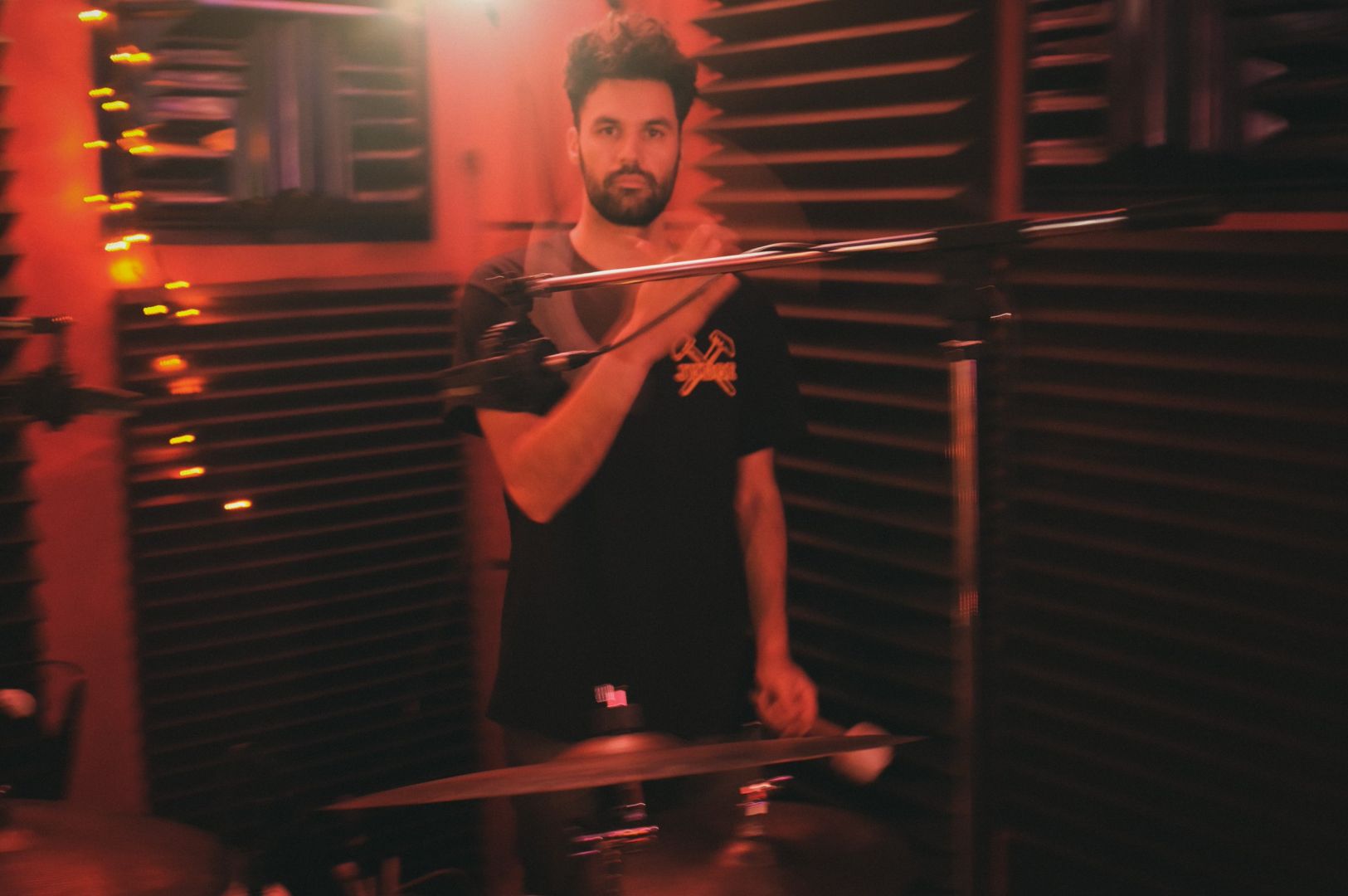 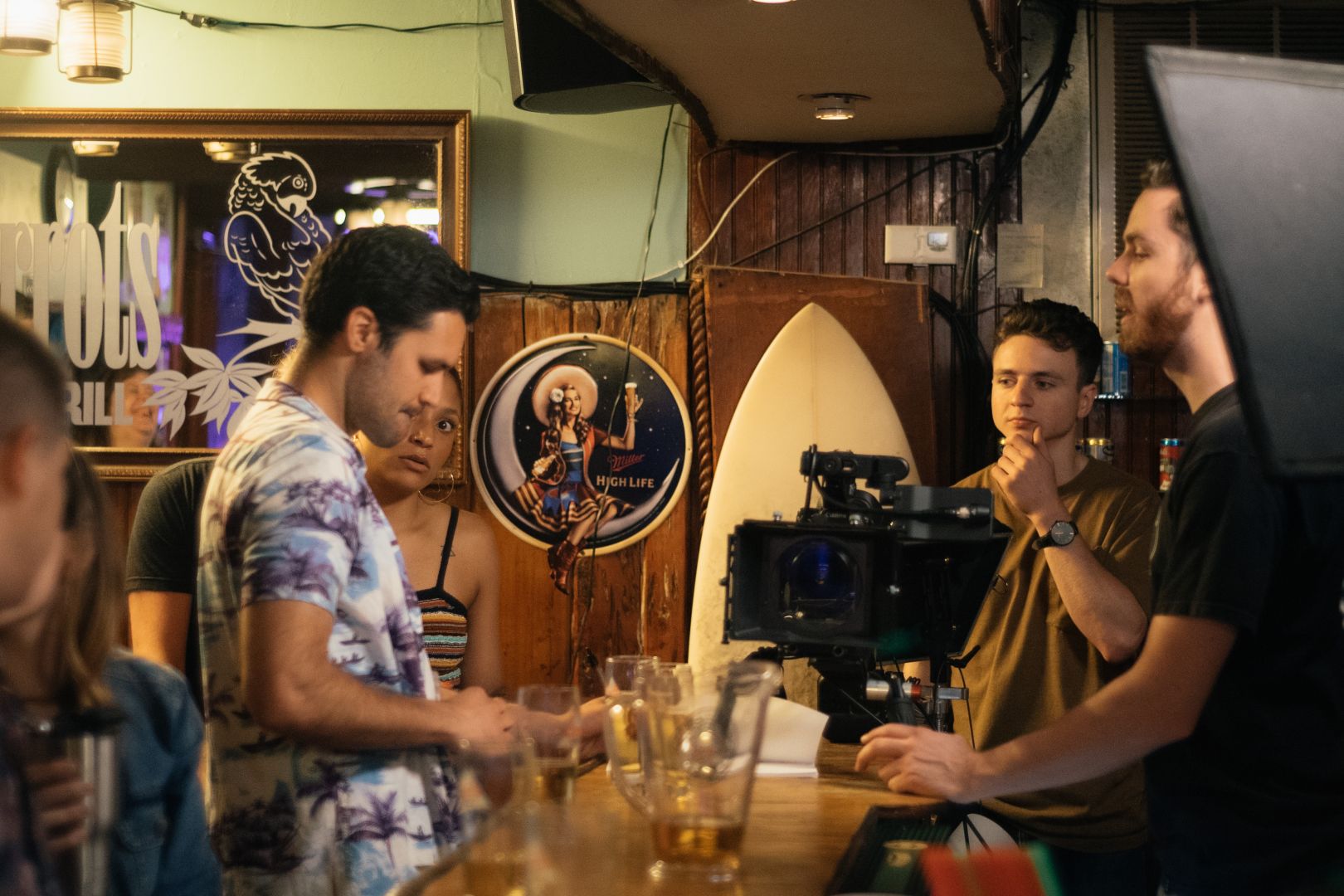