We had the good fortune of connecting with Mike Hein and we’ve shared our conversation below.

Hi Mike, have there been any changes in how you think about work-life balance?
At 19 years old, I dropped out of college – University of Virginia where I was studying Computer Science – and drove across the country to California to work at Blizzard Entertainment. I left my family, friends and former life behind for the opportunity to follow my dreams and work for a company that shared my passion for great games. As a consequence, throughout my 20s, work really was my whole life. For much of my early time at Blizzard I basically lived at the office, often working into the night and on weekends. I have no regrets about this. The environment at Blizzard felt more like home than a job and I was extremely driven to meet the extremely high standard I saw set all around me. As I got older, in my late 20s and early 30s, I began to recognize the importance of developing a life outside my workplace. I began delegating more and trusting more in those I was supervising. I started actively trying to take myself out of the critical path of more things to make space for my life outside work. When I left Blizzard in 2015, my work/life balance was still lopsided, but far more balanced than it was at the beginning. Around this time I had recently been married and had just had my first son. I felt strongly then that I wanted my work/life balance to swing dramatically in the direction of life with my family. I wanted to be around to watch and help my son grow up and do so without the significant work stresses I felt would degrade my ability to savor those precious moments. I was not sure how I could do this and still operate at the high level necessary to be effective at Blizzard. This was one of the primary reasons I felt I had to leave. The years from then to now have been some of the happiest and most personally rewarding of my life. I have been there for my son’s life (he’s now 6) and had another son (now 3). I have a home office where I work between 4-8 hours a day doing contract work as well as independent game development. I’ve taught myself game programming, 3d modeling, sound design and a myriad of other skills required to independently develop a game. In Dec 2020 I released my first independently developed game, BubbleBeard The Pirate (https://bubblebeard.app/), a simple action/puzzle game for iOS and Android and a great first game for kids who love pirates. I was inspired to make it watching my son play with pirate ships in the bathtub and decided to create a game that captured that elemental joy. 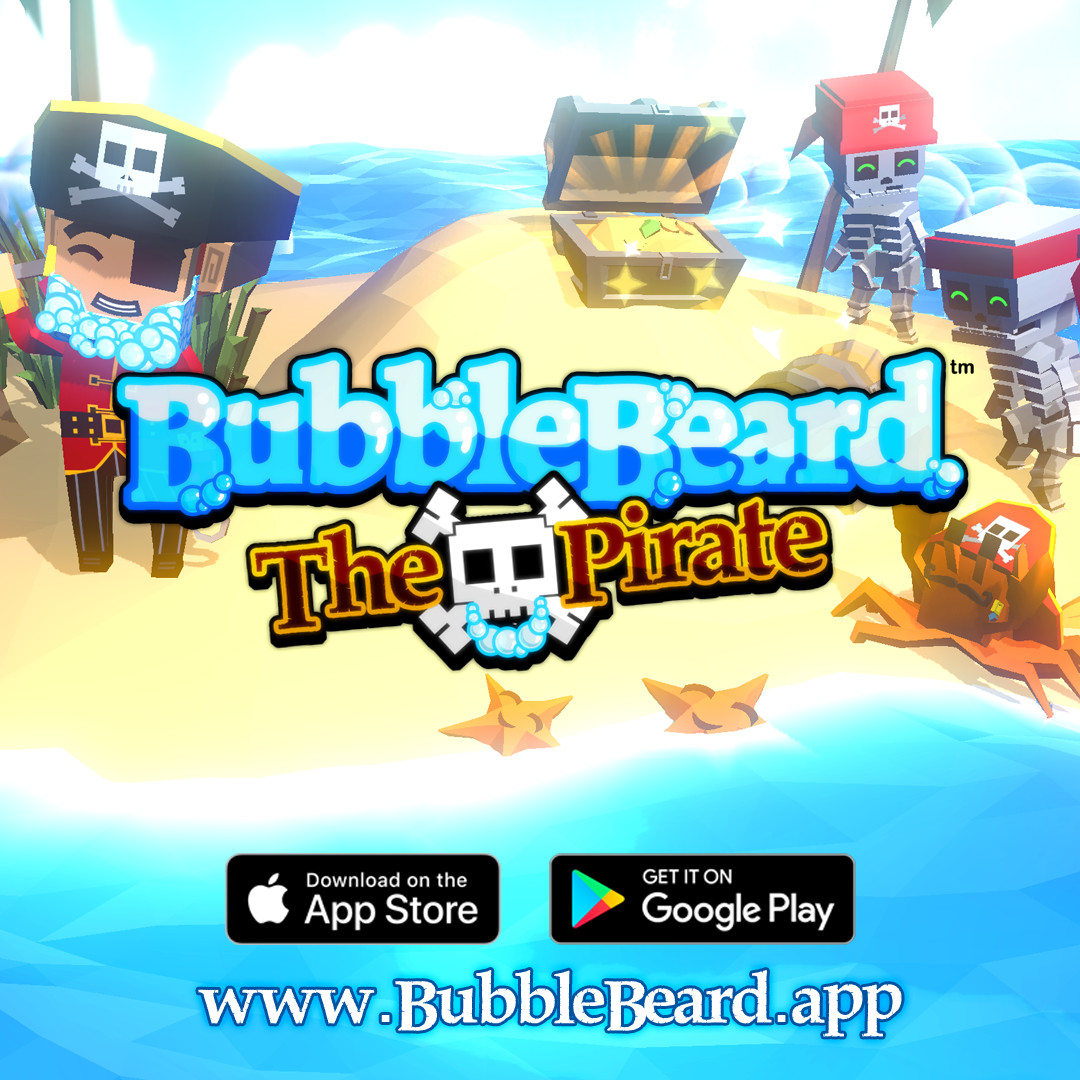 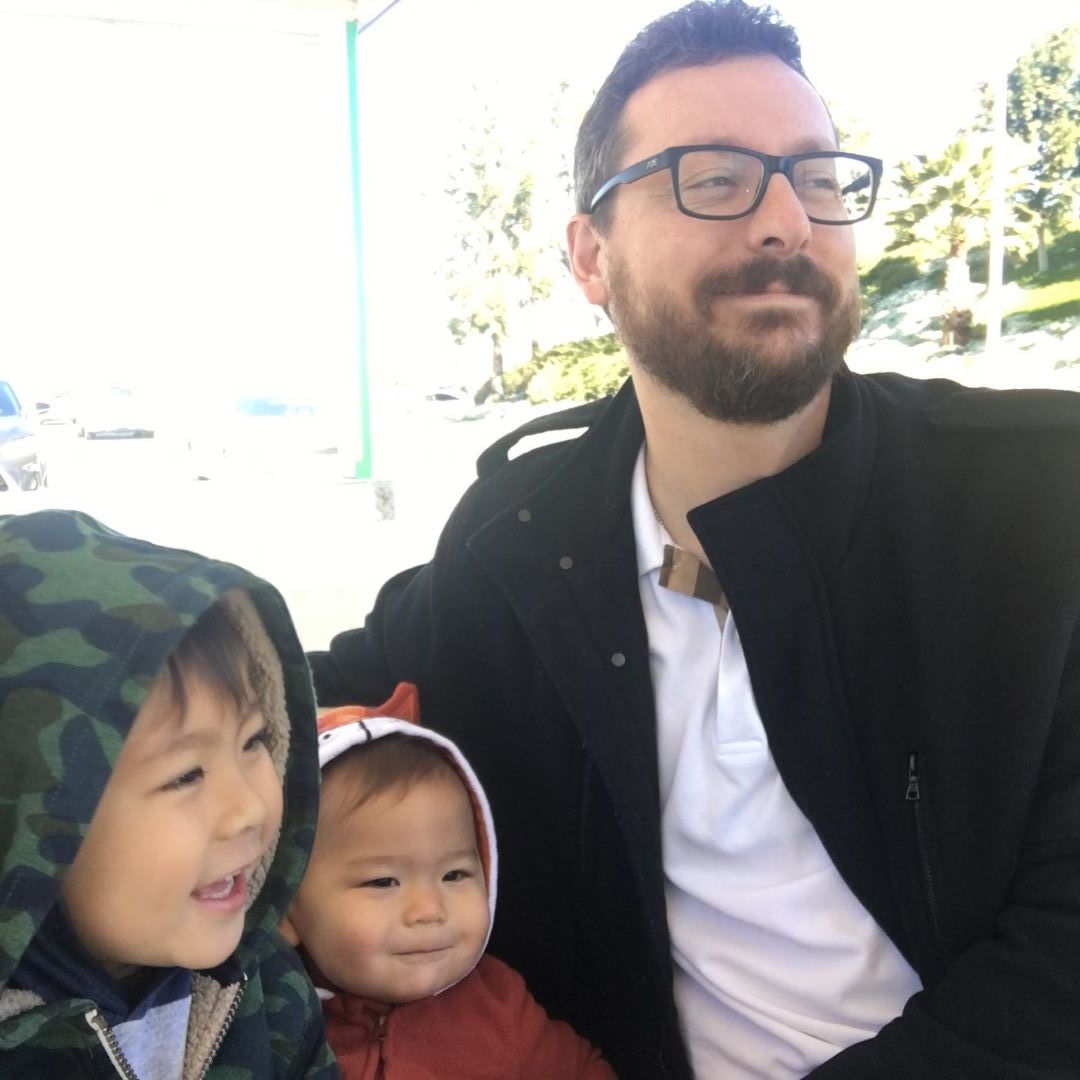 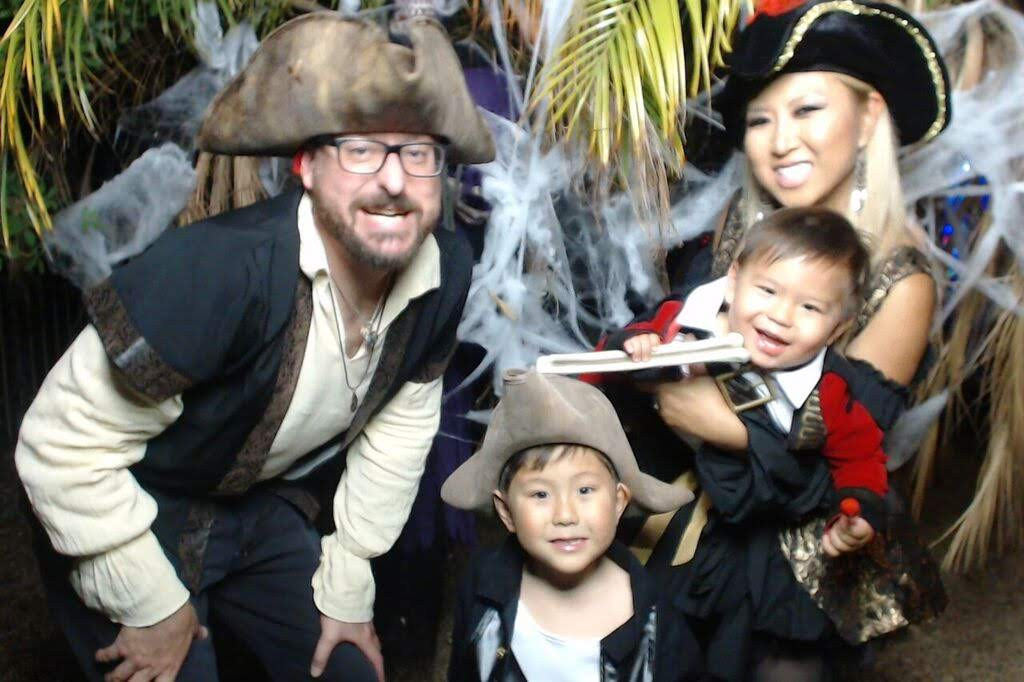 Alright, so let’s move onto what keeps you busy professionally?
I worked at Blizzard Entertainment for 14 years. In that time I was the Global Director for Web & Mobile building a team up from 2 people to an organization of over 100 people handling Blizzard’s web and mobile presence. I directed the design and development of websites and mobile apps for purposes of marketing, community engagement, online sales, account and subscription management, support, etc. I was also the Design Director for Battle.net. In this role I helped to direct the design of a lot of the user interface / systems for the StarCraft 2 online experience and directed the design and development of the Battle.net app which handles game sales, distribution, and launching for Blizzard games. I would say I’m an expert in UI/UX design, graphic design, and general problem solving in the online and gaming space. One notable experience/challenge that occurred when I was at Blizzard was the first time we tried to sell tickets to the massively popular BlizzCon fan convention. Blizzard has millions of players and, at the time, the event only had capacity for around 10,000 people. We had just developed a new online store in house so we decided, why not sell tickets for the event ourselves? You can probably see where this is headed, but we did not at the time. Millions of people trying to buy those 10,000 tickets utterly destroyed our servers which were not even close to up to the task of handling that load. The experience delivered to Blizzard’s biggest fans who were just trying to buy tickets to come to California to celebrate their love of games with other fans, was abysmal. After the tickets were sold we also had problems with many tickets being sold by scalpers for exorbitant prices. The president of the company had to personally apologize for the debacle at BlizzCon… and it was my responsibility. This was a very embarrassing moment for myself and my team, to put it mildly. However, over the course of the following year, being prepared for next year’s sale would become a rallying cry for myself and the team. In addition to improving our server infrastructure to better handle severe spikes in traffic, we designed and developed innovative solutions such as a light weight queuing system that allowed customers to see their place in line, play a little game in their browser while waiting, and hear an audio cue when they reached the front of the line and were ready to purchase. This let us control the number of people we let through the purchase process at any one time. We also introduced tickets that were tied to game accounts to reduce scalping. The next ticket sale went very smoothly thanks to our efforts and it was a major point of pride for the team for years. We had turned our greatest failure into our greatest success. When I see huge companies like Sony and Walmart still struggling with a similar problem, as they did with the recent PlayStation 5 launch, I smile remembering when we solved this quite difficult problem over a decade ago. More recently, working on BubbleBeard The Pirate (https://bubblebeard.app/), the challenge has been learning all the skills needed to make a game from scratch. While I did have some web programming experience, my primary speciality at Blizzard was design and product direction. There were so many new things necessary to learn in order to make a game – from 3d modeling and animation, to graphics programming, to hundreds of things in between. One good decision I made up front was to choose a relatively small/simple project that would allow me to spend the time I needed filling my gaps in knowledge and ability. When I started the project my son was around 3 or 4 and I was frustrated that games designed for kids on iOS were either too hard for him to control or just not very good in general. I wanted to make a game that could be a good “first game” for someone like my son who was just learning to interface with technology. So I spent a lot of time developing and testing the controls trying to make sure that the basic act of moving your ship around in the water was simple and fun. If you have a young child and/or pirate fanatic in your family, download the game which is now free to try, and let me know how I did! 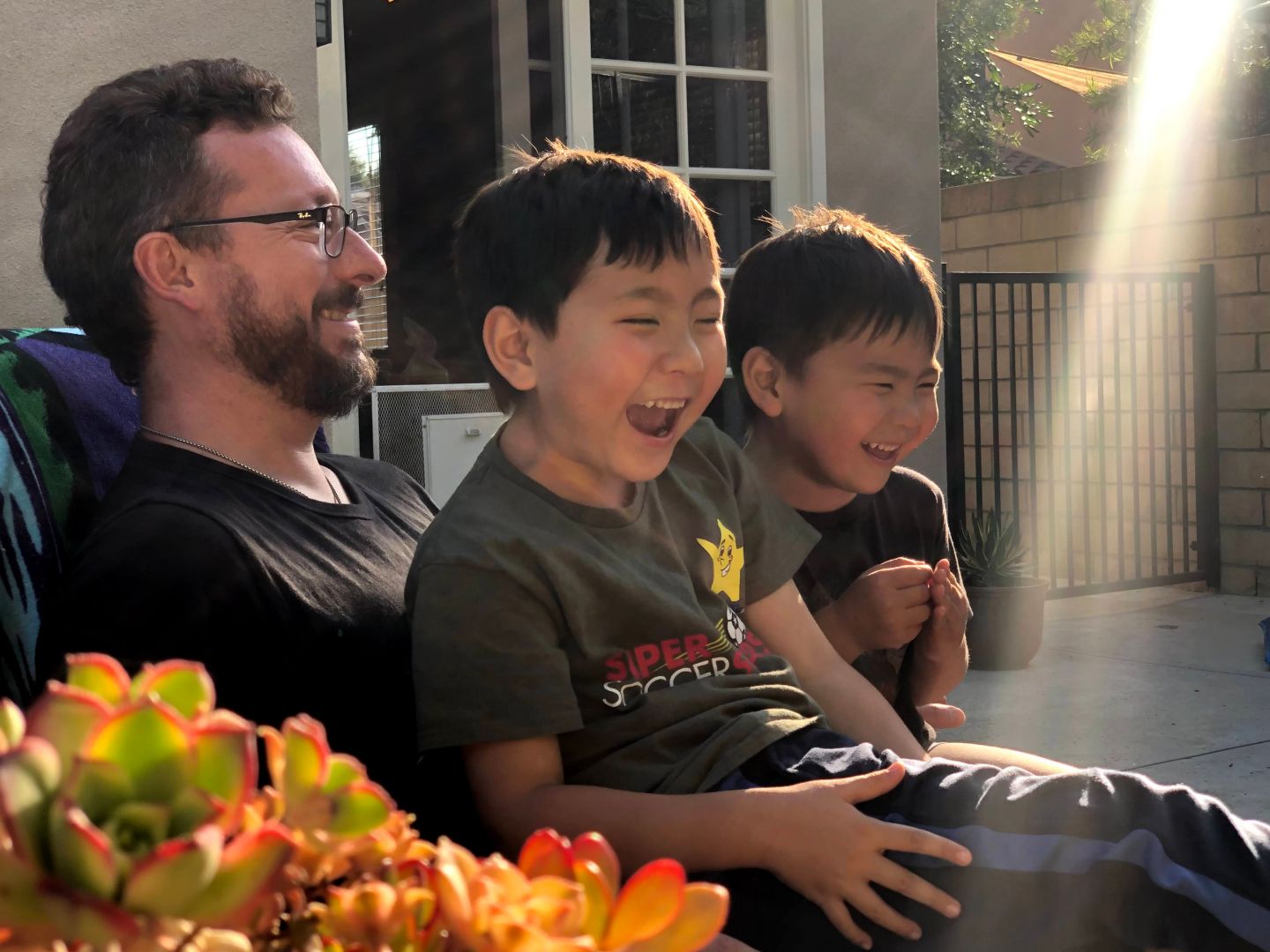 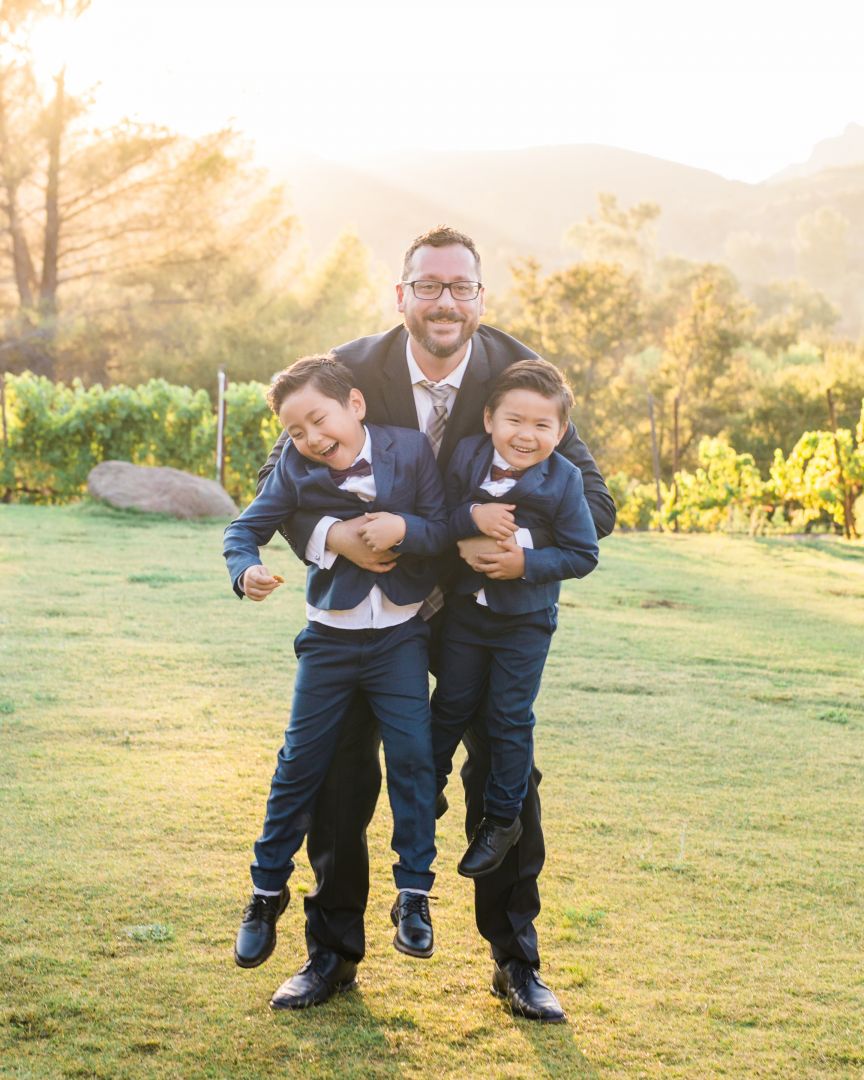 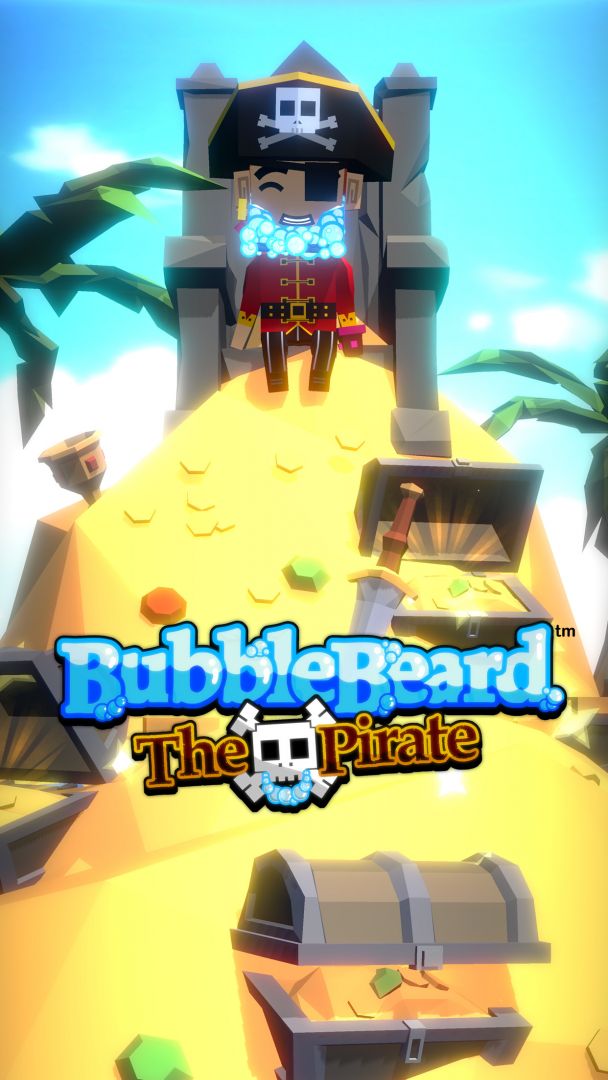 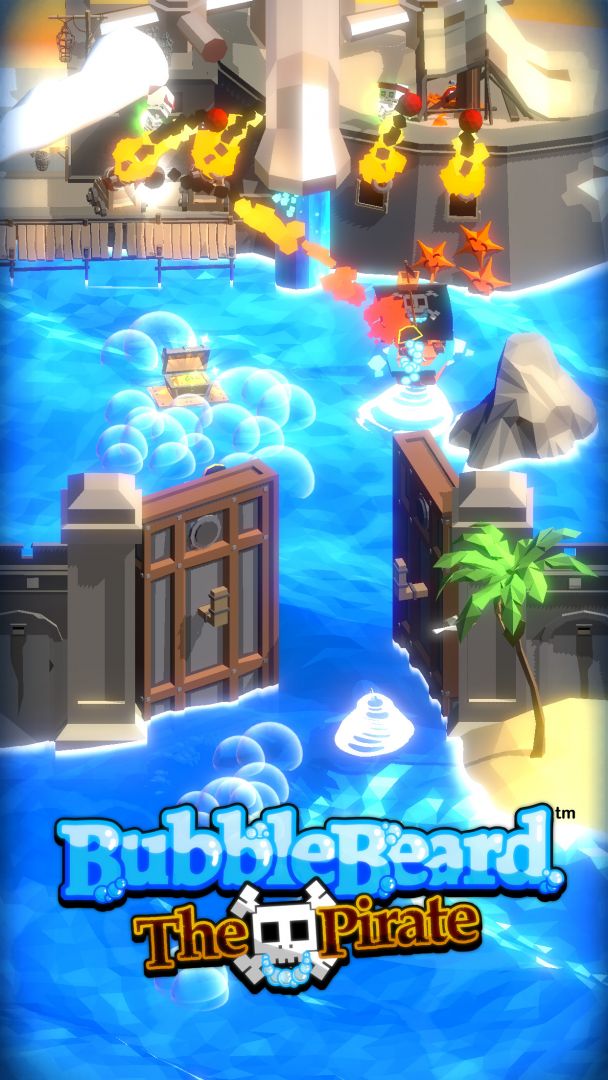 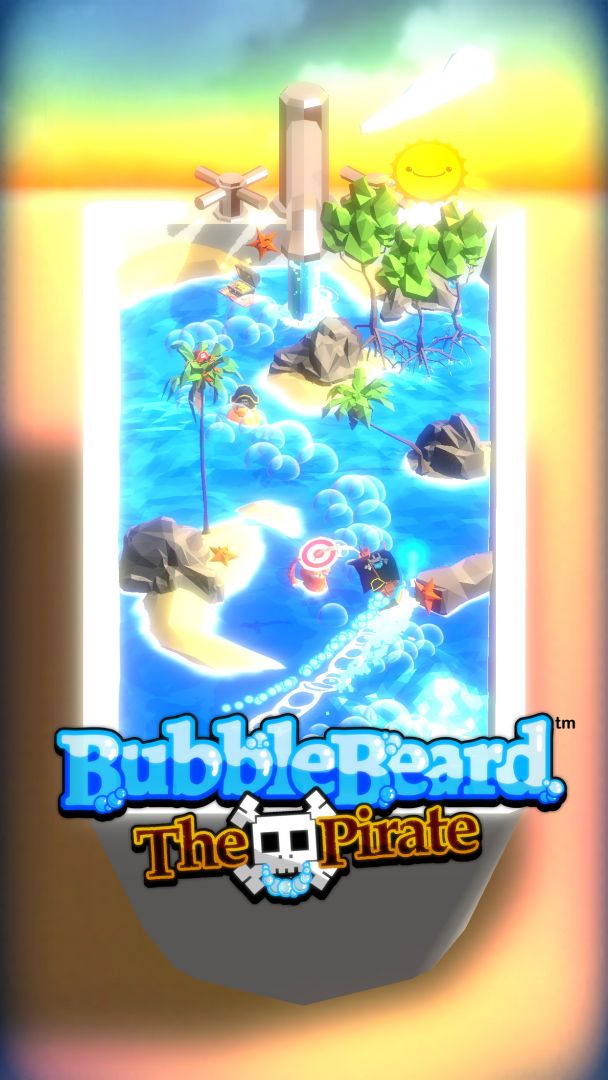 Who else deserves some credit and recognition?
Massive credit for my new game, BubbleBeard The Pirate (https://bubblebeard.app/), goes to my wife Heather. Heather is a brilliant artist and hair stylist working in Irvine (http://www.heatherheinstyles.com). She has been incredibly supportive of me and my work – watching the kids, finding babysitters, and helping to pay the bills as I toiled away in my office on the game. She has also been my unofficial marketing director helping me to get the word out on social media. Pursuing and achieving my dream of independently developing a game would not have been possible at this stage of my life without her abundant support and encouragement.