We had the good fortune of connecting with Monte Bell and we’ve shared our conversation below.

Hi Monte, how do you think about risk?
I believe that the biggest failure in life is to risk nothing. The person who risks nothing, has nothing and becomes nothing. You have to be in love with whatever it is you’re pursuing. You can’t treat it like a side piece. Your love for it has to be so strong that you’re willing to sacrifice everything in your current world for it. There’s simply no reward in playing it safe.

A few years ago I had full time Job that I was not fond of. It provided security and a pension but I was not happy. I looked for outlets of happiness and discovered my love for film and acting but the more I indulged in it the more demanding my job became. I would have to make a decision sooner or later. I completely uprooted myself and moved across the country to chase a career that at that time, had not earned me one cent. My family thought I was crazy. Risks were something that were never discussed in my upbringing but this was my dream and not theirs. It would turn out to be the best decision I ever made. 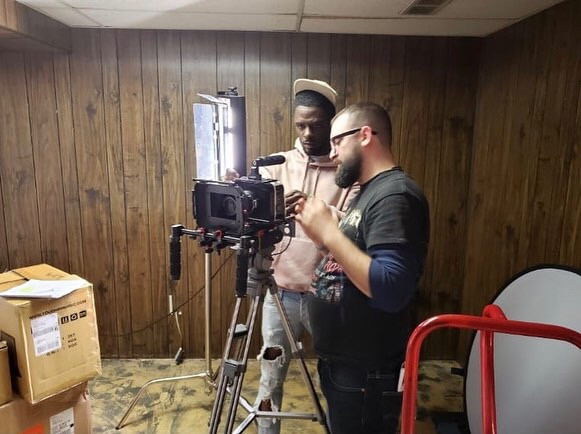 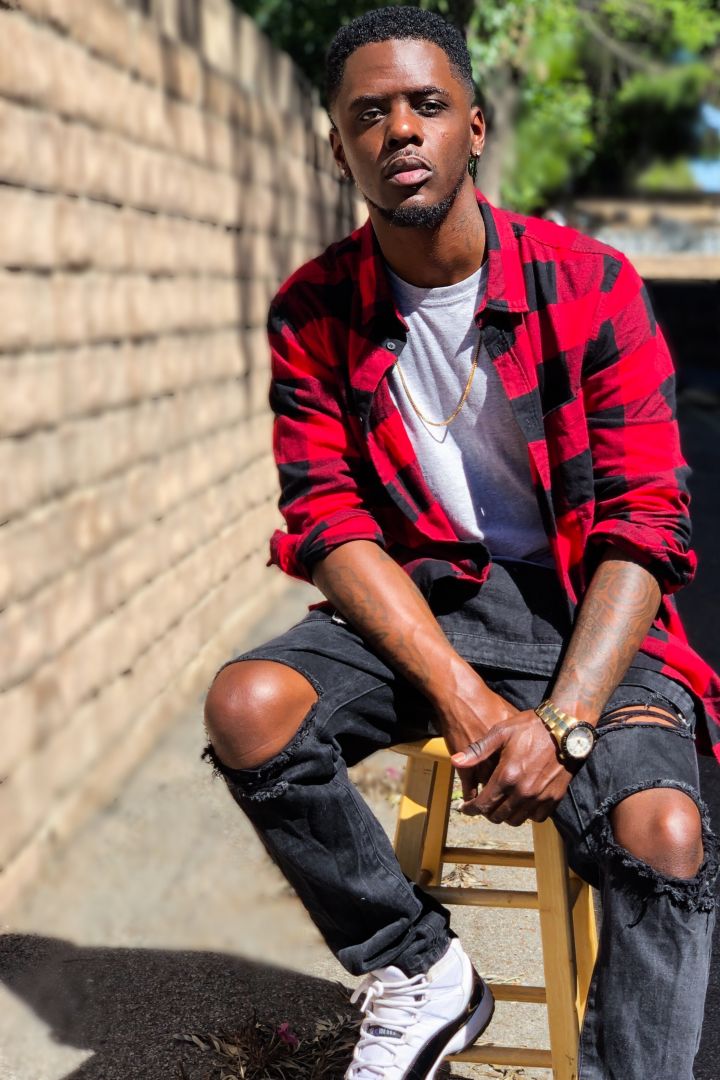 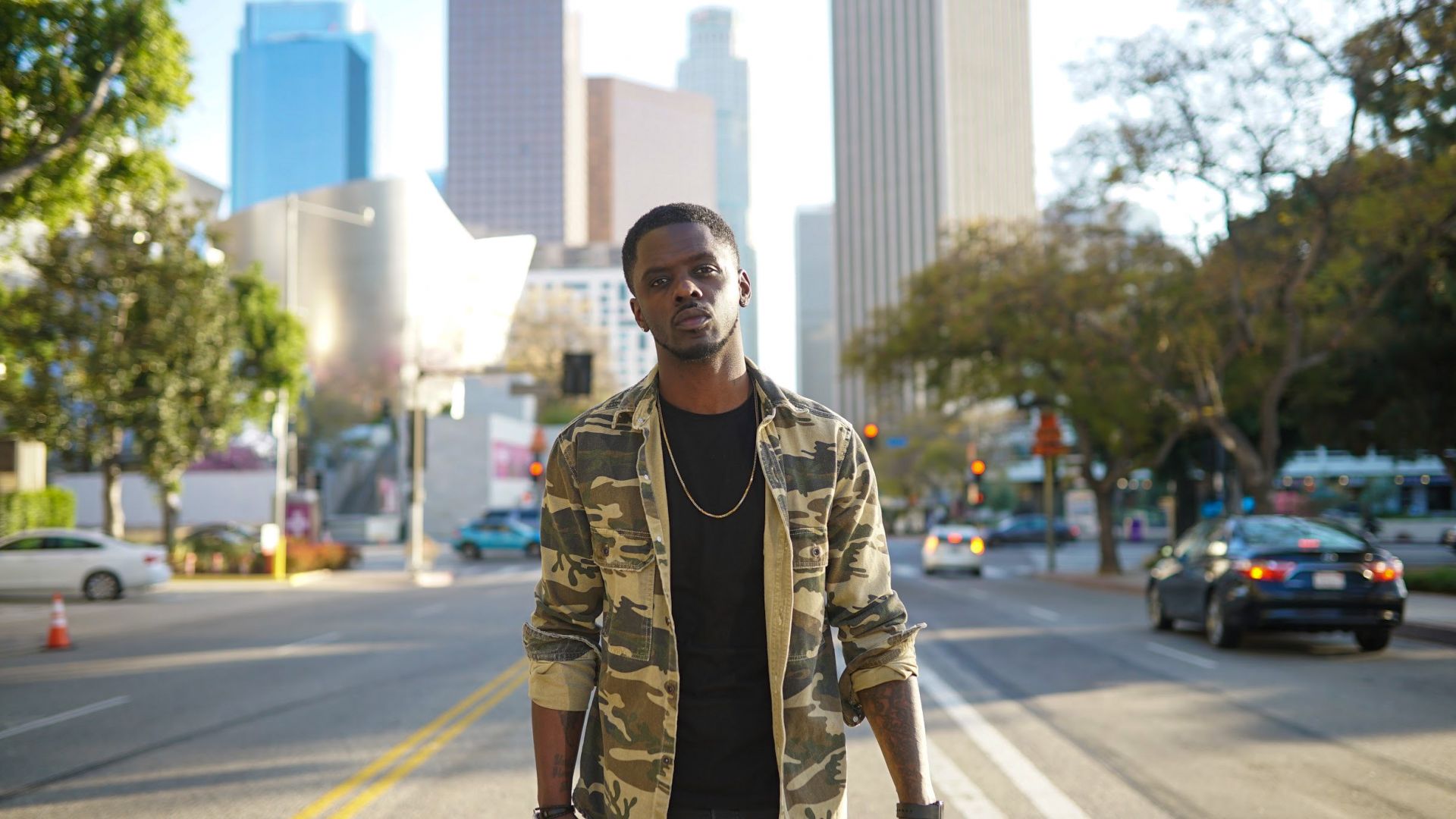 Alright, so let’s move onto what keeps you busy professionally?
I am an actor, writer and director, originally from Queens, NY. None of the professions I named were native to my environment as an adolescent. I had to learn a lot on my own through trial and error. I realized I had a creative talent and I wanted to make films. Once I started learning how to do that, I quickly discovered that I wasn’t satisfied and wanted to act in them as well. My determination is my biggest weapon. Any resource I lacked only made me more creative. Any opportunity I was overlooked for only made me more hungry. I never had a complex about celebrities or felt there was someone doing something on television that I couldn’t do or do better.

I started off doing comedy sketches,
then drama acting and directing became things I excelled at. Within the 2 years I’ve lived here in LA, I’ve been in multiple films and projects. Was featured on talk shows for my internet comedy content and currently slated to direct 3 upcoming films.

I think my passion to be great is only matched by the awareness of knowing the alternative if I fail. I have nothing to fall back on or go back to. This is my life. So I’m willing to do what most really aren’t. I sacrifice a lot of time socially and family wise. I’m willing to hustle full time. People that I meet usually sense this in me and it creates more opportunities. The hardest lesson, however, is not being able to put that same spark in everyone else. I’ve lost people along the way. Not everyone is going see your vision or want for themselves the things you want for yourself. Ultimately, I want the name Monte Bell to be an inspiring story. One that motivates someone to go after what they want no matter what it is. 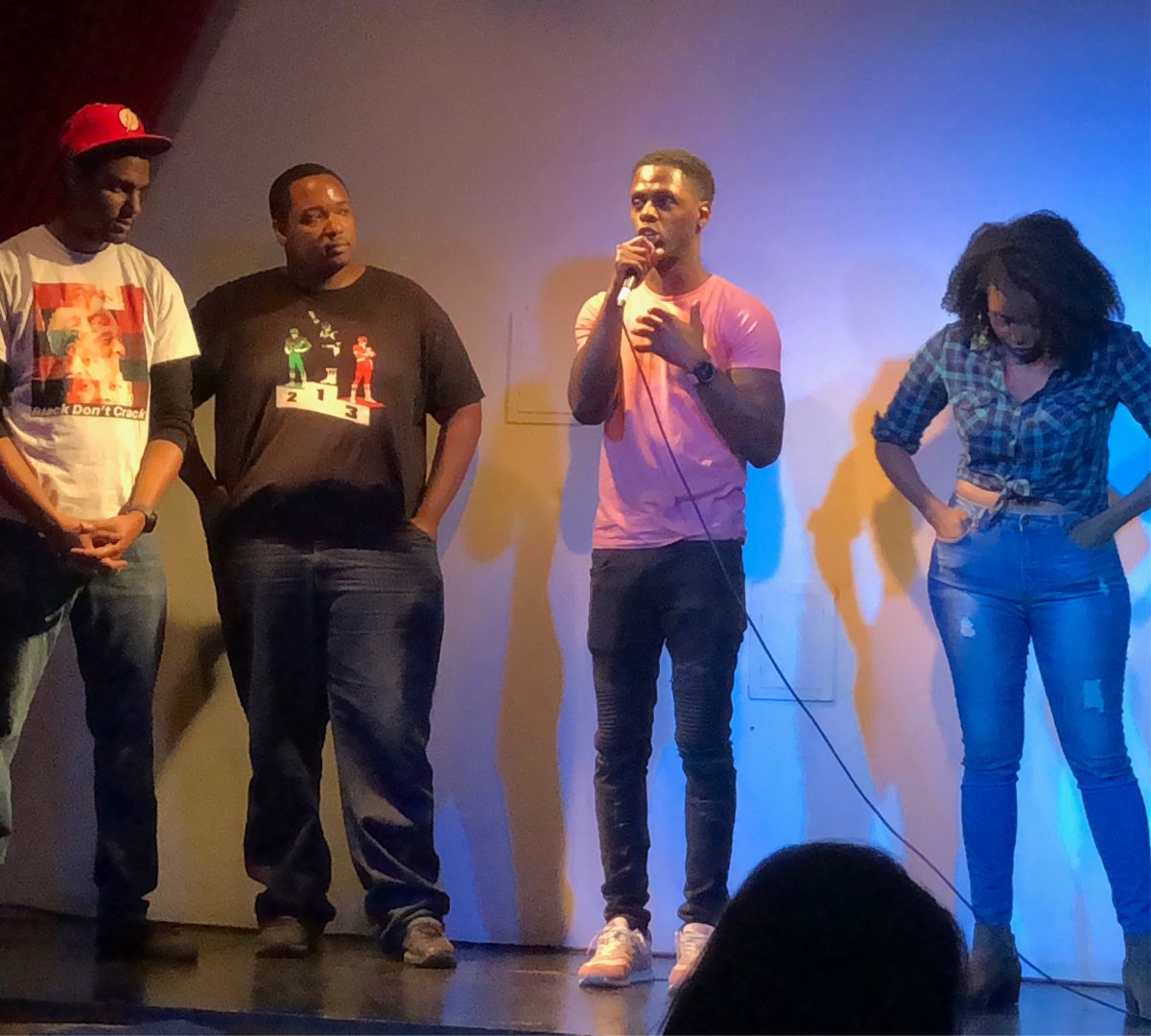 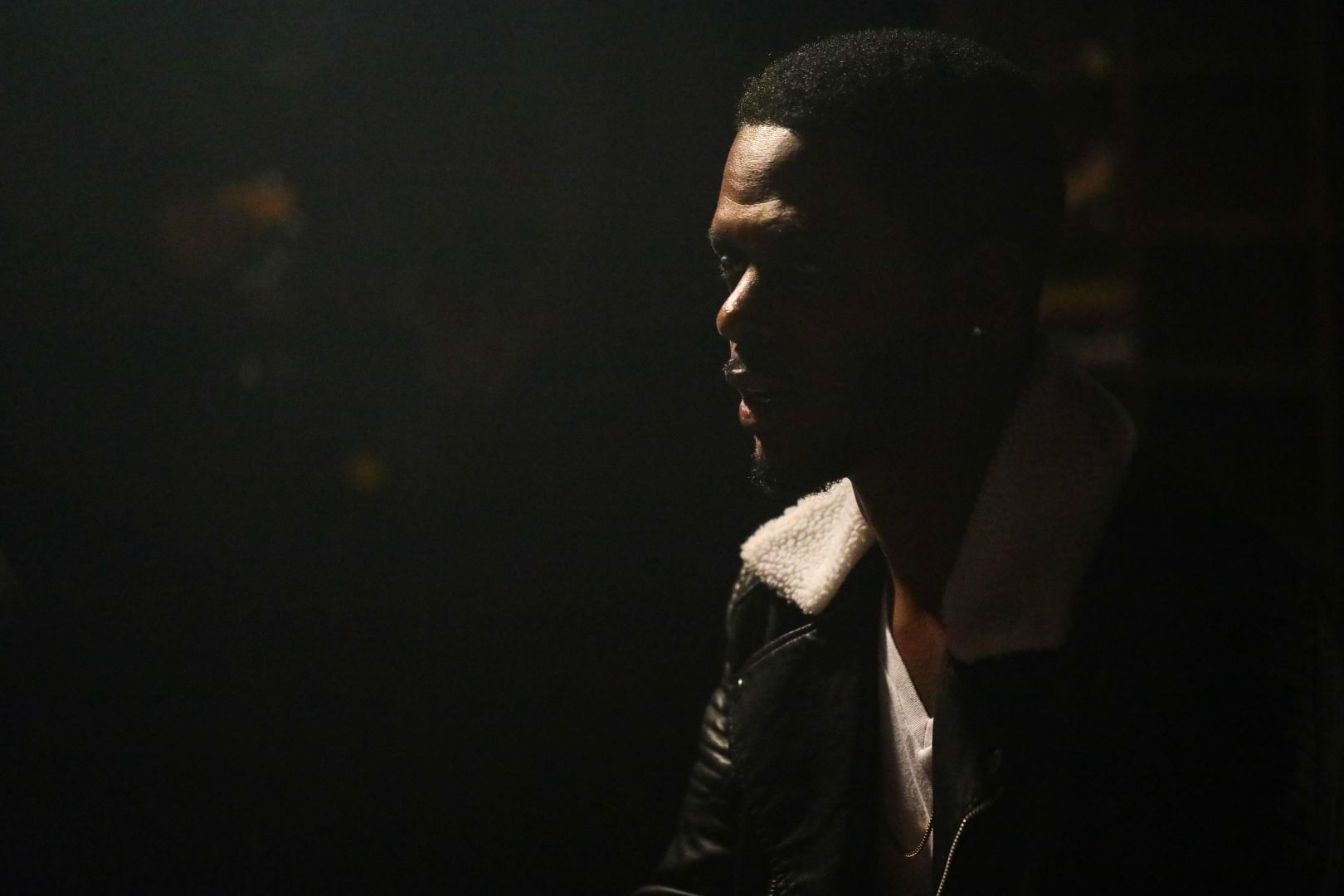 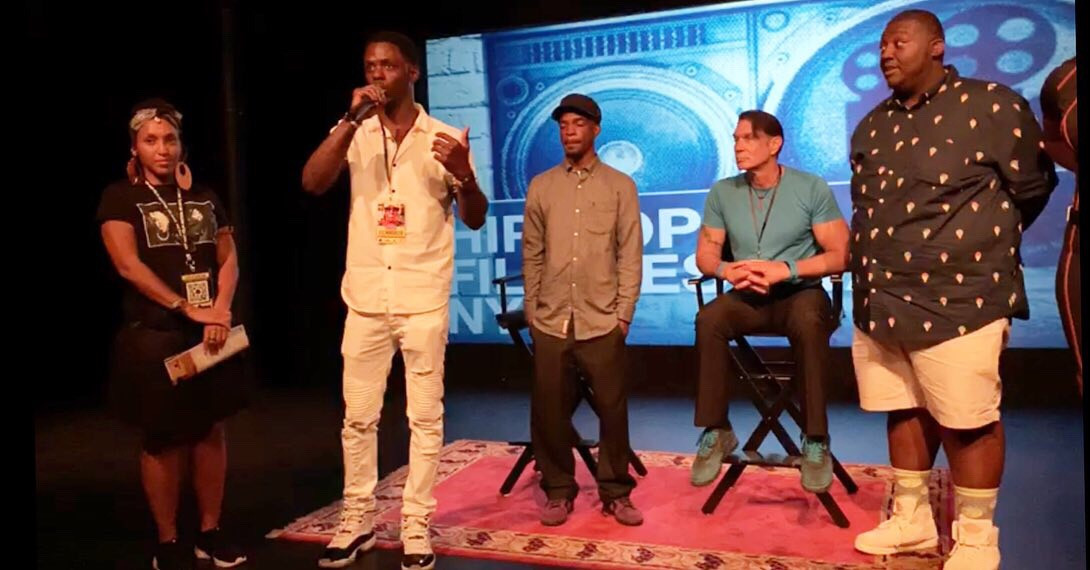 Any places to eat or things to do that you can share with our readers? If they have a friend visiting town, what are some spots they could take them to?
The first place I would take a friend is to Breakroom 86 in Koreatown. It’s a really dope 80’s themed night club and the first club I was introduced to when I relocated. The next morning we would have to hit up The Griddle Cafe on sunset Blvd. The oversized pancakes there are an experience everyone has to try at least once. After that it’s off to happy hour at Anejo’s in Sherman Oaks. Best shrimp quesadilla and margaritas I’ve had since I’ve been here. We would wrap up the week burning it all off at Runyon Canyon Park… I still gotta look good for camera, ya know?

The Shoutout series is all about recognizing that our success and where we are in life is at least somewhat thanks to the efforts, support, mentorship, love and encouragement of others. So is there someone that you want to dedicate your shoutout to?
I definitely had to dig deep to find the courage to go after my dream. I wouldn’t have found that courage if it wasn’t for a man named Bob Proctor. I studied his material on universal laws and applied them to my life. He’s still my main source of reference for navigating life til this day.

My fiancé was with me from the very start, before any of my ideas were conceived. She supported all of them and I couldn’t have accomplished any of them without her help.