We had the good fortune of connecting with MuFeng Han and we’ve shared our conversation below.

Hi MuFeng, what’s the most important lesson your business/career has taught you?
As a filmmaker, I believe the most important lesson that I learned is becoming a cooperative crew member. When I said I’m a filmmaker, most people’s first reaction is I’m a director, thta’s a very common misconception. The truth is there are hundreds of even more positions in the film industry. So the whole film crew is kind of like a machine, and each crew member is the strew to contribute their passion and energy for the film. As a cinematographer, my job in the film crew is leading the camera, lighting, and grip departments to support Director turning the view from their mind to actual image footage. There are very high requests about coordinating planning and communication ability for the cinematographer. Understanding Director’s thought clearly and straightforward is just the beginning, let the rest crew known and grab them on the same page also very important too. Meanwhile, keep a good relationship and contact with the art department, editors, and even the sound composer to make sure the whole film’s pacing is the key to making a film successful. So became a cooperative person in the film crew is the first and most essential lesson that I learned for my career. 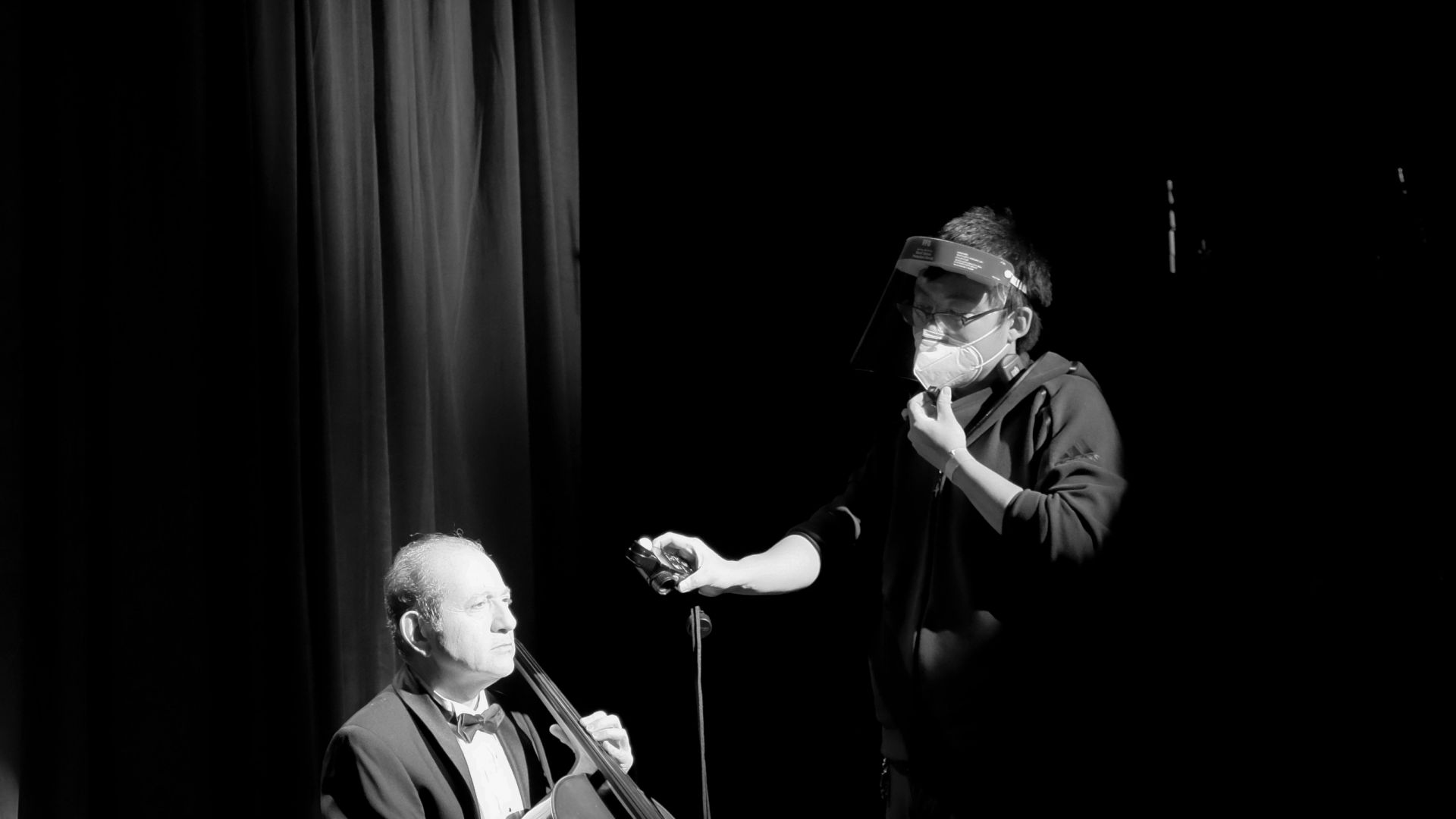 Alright, so let’s move onto what keeps you busy professionally?
I grew up in a small town in China. I used to watch a film each Saturday afternoon, which was my preferable activity of the weekend. Nothing could be farther from anything I knew than the man who emerged from the desert in my memory. Freddie Young, the man who truly gave me a deep memory of the film due to his inspiration. His images projected on the screen filled my twelve-year-old mind and shed light on the story of Lawrence of Arabia, moving me in ways I couldn’t even describe. As the only child of parents working virtually around the clock, films had become my friends and companions. On the rare occasions when we did things together, my parents indulged my love of film. Our family outings revolved around going to the theater together. Everyone has to choose what is best for them. Similarly, I had to make my choice of life, which I have never regretted. I decided to come to the US to study cinematography regardless of how difficult it was. Due to my passion and curiosity, I finished my four-year undergraduate study. The study have much contributed to my life since it opened up my mind and gave me a proper understanding of cinematography. By then, I had watched many films. The admiration I had for cinematographers on their skills of framing a shot was high. They created a story out of the image and lighting schemes, which they orchestrated. I believe as a cinematographer, the story always drives my choices. It might cause by the stories I watched as a young child were my guide to the world, also my parents’ absence in my childhood taught me how to relate to people. After my undergraduate year, due to my being collaborative in whatever I did in partnership with other people, many film directors were interested and wanted me to join their crew to work together their upcoming projects. I decided to come up with an answer to this by heeding to the story that I preferred most, though limited in number. My argument was based on the fact that the more time one spends on film production, the better the film is. There were action films where I could have played with camera cars and elaborate setups, there were science fiction films that allowed for the lighting of dystopian worlds, and of course, films with a large variety of nightclub scenes to light with broad swaths of color and attention-grabbing shots. I chose none of them. Instead, I chose more personal stories, which would contribute to cinematography. These involve emotional and feelings scenarios. Spending time with the directors and understanding whatever they want and intend to do in a scene is crucial for preparing any film. I believe just thought were help me to support present the best image for their film. And those films were woned multiple awards such like WorldFest-Houston International Film Festival, New York Cinematography AWARDS,QueenPalm International Film Festival etc. Furthermore, The reason I am coming to America is to obtain the best foundation in the study of cinematography, and I believe enrolling in the AFI’s program is the most correct choice in my life, and I’m really looking forward to keeping improving myself in the future.

If you had a friend visiting you, what are some of the local spots you’d want to take them around to?
I will suggest all of the studio tour, which is the most exciting things to come to LA. And I, as a true cinephile, will be the local guide to lead my friend and introduce everything I know! After the studio tour, I probably will take them to Amoeba music story to have a crazy shopping about music and film! Feel hunger after shopping? No problem! The Original Farmers Market will serve the best local food for my friend. And an Airbnb near Newport Beach will be a temporary sweet home for rest. Highly recommend to having a walk around sunset. I believe my friend will love that, leaving a great memory about LA.

Who else deserves some credit and recognition?
I’m a cinematographer currently enrolling in a program at American Film Institute. During this program, I have been totally renewed my concept about cinematography theory and how to become a real cinematographer. The original reason I want to take this program which is the glorious past of AFI has attracted me. But since I became a part of it, I feel besides teach the skill and learning the new technology, AFI provides more realistic surroundings to put me in that situation to think and act like a cinematographer, just like in the real film industry. So besides the skills, I got the most reward from this program: to create a cinematographer’s perspective and build my own visual language. I feel what I learned from AFI is not a tool or skill to have a job in the film industry. It’s more like a gift of ability or sense for my entire life.