We had the good fortune of connecting with Nick Marzock and we’ve shared our conversation below.

Hi Nick, why did you decide to pursue a creative path?
I discovered that I had perfect pitch when I was four years old, playing songs that I would hear out in the world by ear on the piano in the living room. After a few years of piano lessons, I began taking additional lessons or teaching myself how to play various other instruments and by the time I was 15 or so, I had become a proficient drummer, pianist, guitarist, bassist, vocalist, and others, so the desire to pursue music was really crystalized by the time I went to college. I was writing and recording demos, playing gigs at local restaurants or bars in Pittsburgh, but once I got the taste of playing on a real stage – with a real front-of-house system and a captive audience watching me – there was no turning back.

I was probably terrible at first and didn’t know much about stage presence or how to perform a good show, but over the years I gained so much experience as an opener or local feature that I got really comfortable being on stage. It’s now one of the places that I feel least anxious in the world. I had no choice but to pursue that career and that ability. Whether you believe in God, as I do, or the universe giving you talents and opportunities, to bury them is such a waste. I didn’t feel I had a choice, this thing is just what I was put here to do.

The music business is really rough as many know and countless artists with a dream and a handful of good songs have learned the hard way, so when times were difficult, I would angry and resentful that I am wired this way. You see your friends working steady careers and buying houses and having families, etc, and there’s a real temptation to hang up the jersey and settle down into something more orthodox and suited for a normal life. It has cost me relationships, proximity to my family, things that I have missed because I had some gig or opportunity that I had to get to. I would be laying in bed thinking, “I wish I wasn’t able to do that thing at four,” or “I wish I didn’t find peace with a guitar in my hand or singing for a crowd.” But tides change, momentum builds or subsides, and you learn to bottle the good times and not be too down about the bad times. I’m now so happy that I whether the storms and never gave up that dream, and there’s not a chance in the world I would want to be doing anything else. 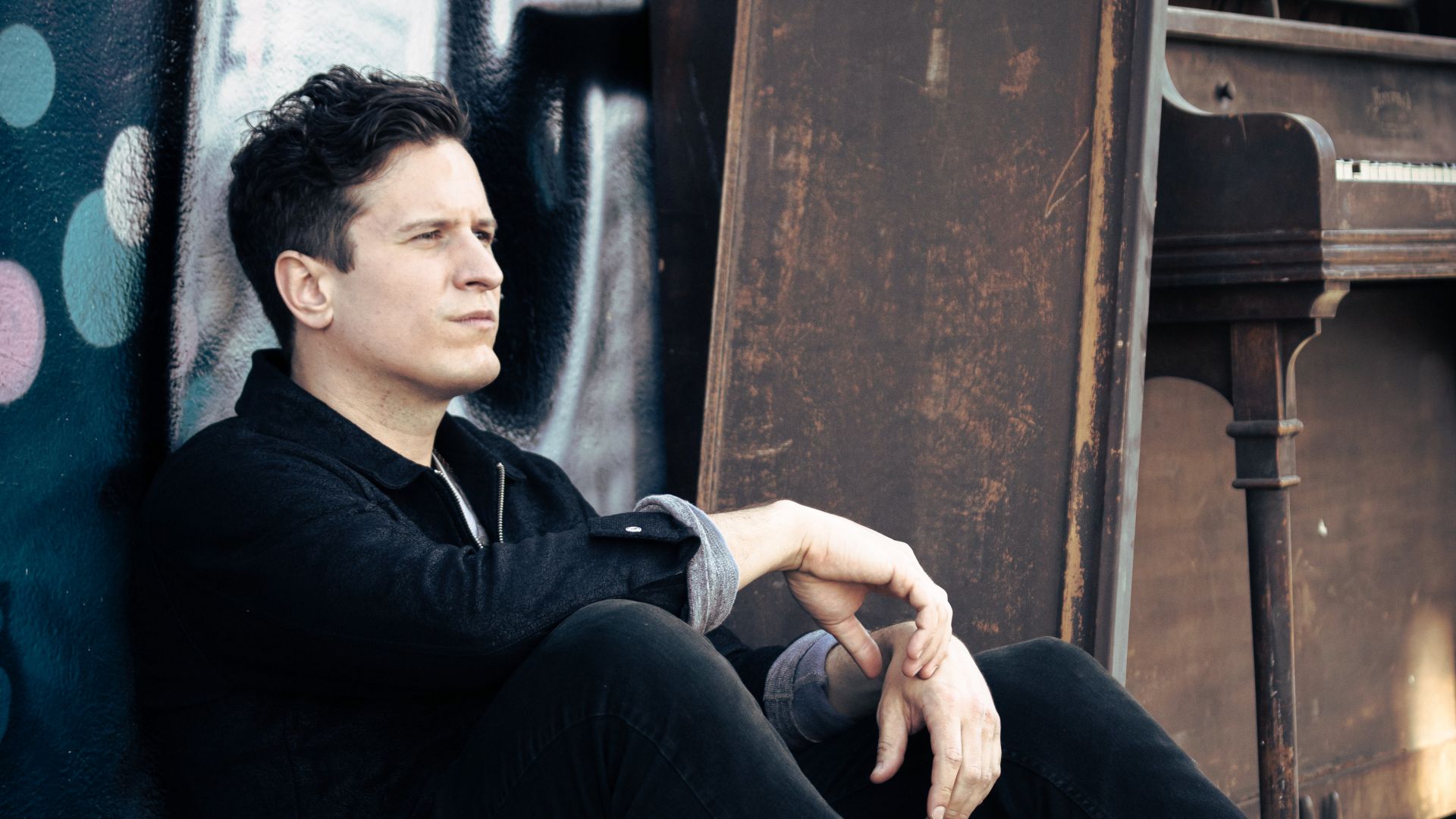 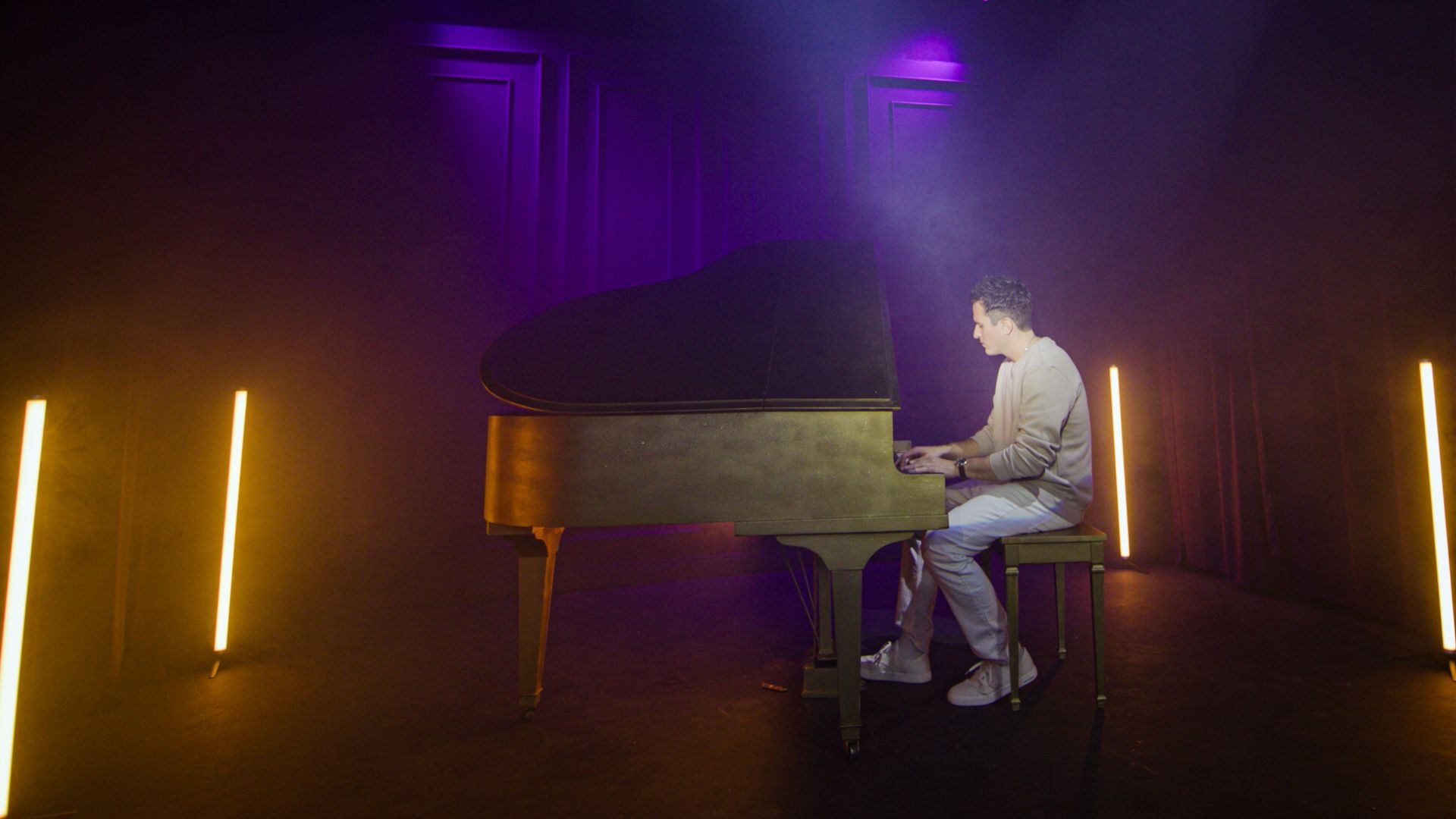 Let’s talk shop? Tell us more about your career, what can you share with our community?
The thing that really sets me apart, especially on my new record “Disengage” that I just released, is that I do everything myself. From the writing to the instrumentation to the vocals/ vocal producing to the producing itself, I didn’t bring anyone else on board to help with that process. The pandemic forced me to approach this project in that way, but I have had so much experience tracking and producing other people’s records or songs for TV or film that I felt comfortable enough to keep my own project in-house. Of course there have been artists in the past who have done that and have been great influences on me – Prince, McCartney, Stevie Wonder, Phil Collins, Trent Resner – the list goes on, but as an indie artist in today’s music industry, I don’t think this is very common. This is probably what I am most proud of, as well, because everything that you are hearing when listening to my music is entirely my work and the product of countless hours of writing, recording, and struggling through it. It is definitely not the most efficient way to do a record, because when an artist goes into the studio for a traditional recording session, there’s a lot of collaboration and there are multiple people doing various jobs as a team to make the project a success. When it’s just me, I’m setting up the sessions, placing the mics, deciding on arrangement, recording, cutting together the takes that I like, all of that. It makes the recording process extremely time consuming because you have to do one instrument at a time and force yourself to get the best performances laid down, something a good producer would bring out of you. It really taught me a lot about both patience and self-governance, knowing when to walk away from something when I’m not quite getting it or when to push on because I was really close. That being said, I am incredibly proud of the product that I created and I’m really excited about these songs. I have no reservations about being really vulnerable in my music, giving the listeners an incredibly honest window into my life via my inner thoughts. I think that is the most common feedback I have been getting; I really am laying it all out there for people to listen and relate to. 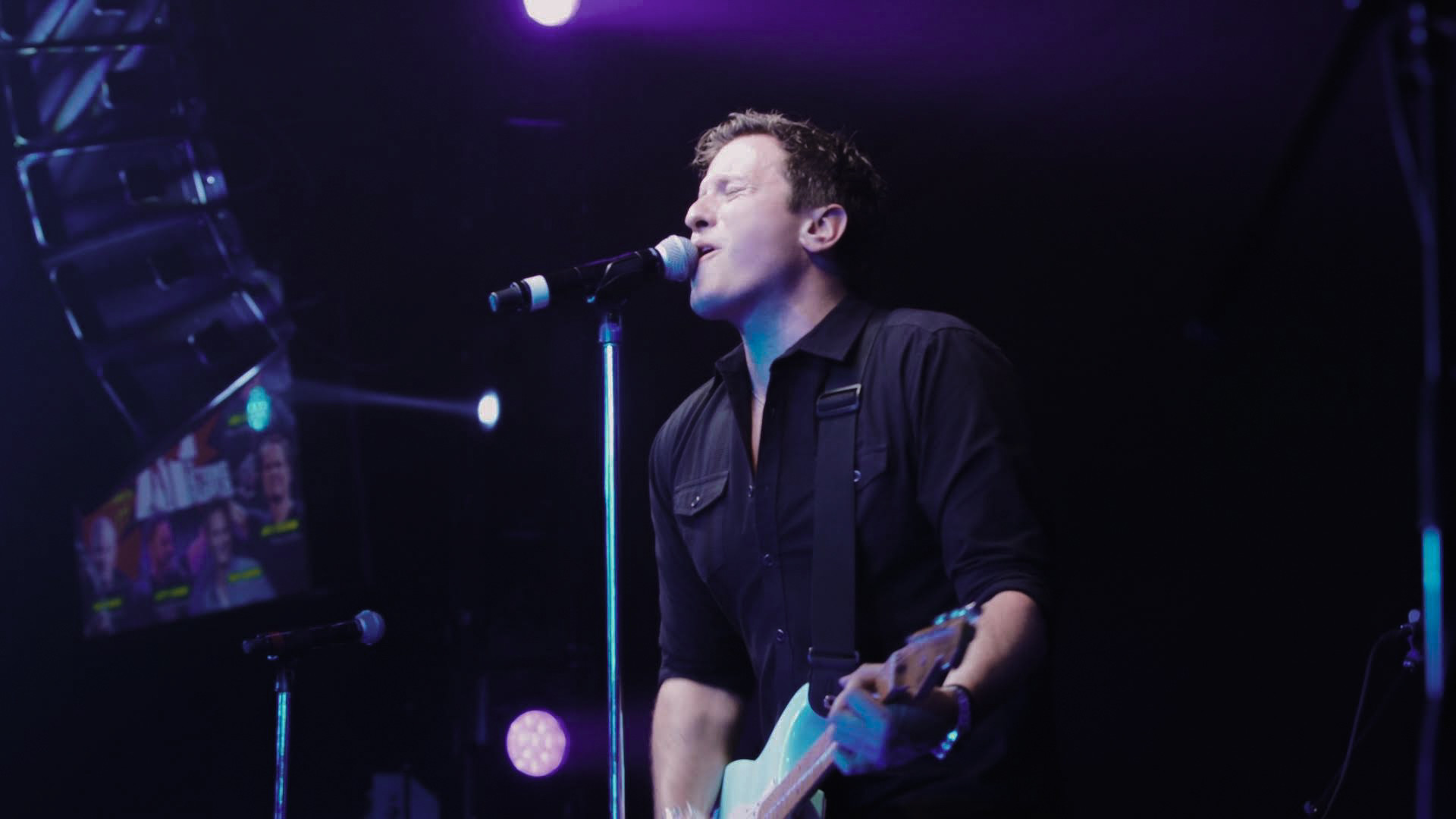 Any places to eat or things to do that you can share with our readers? If they have a friend visiting town, what are some spots they could take them to?
This is a tough one because there are just SO many things to do and my answer will be flavored by what I’m typically doing. I’m a valley guy (eye-roll from the beach town people), so I’m most familiar with the local spots near the Studio City/ Sherman Oaks area. The place that we would probably end up every night would be Laurel Tavern on Ventura. There was one point in which I probably should have set up direct deposit with them because I was there so much meeting friends, bu it’s just such a great bar and has a vibe that is somehow casual but still upscale. We would definitely venture down to Santa Monica for a day or two for the beach and go out to The Bungalow to hang out at night, maybe drive down to Manhattan Beach on the weekend nights to see a band play at Panchos. The music there is unreal, usually a line-up of pro musicians off tour that get together for a cover night – super fun. I’m a big fan of stand-up, so there would be a night where we have dinner at Katana in Hollywood and walk over to the Comedy Store to see a show, go over to Viper or Whiskey and watch live-music after that. I’ve been in the city for 5 years so I still have a just-beyond-tourist knowledge of the cool spots to go to, but there’s a reason these iconic places have been around so long. My friends and I love to golf and there are some great public courses in the area, like DeBell in Burbank or Roosevelt by Griffith Park.

I think the most fun thing would be to hang out in a different neighborhood every night to really capture the essence of what makes this city special. Hang out in Los Feliz or Silverlake at night, see the parks, hiking trails and beaches during the day, go out in West Hollywood one night to feel LA’s energy, see Hollywood during the day for the people-watching, and take advantage of all the options for incredible food and clubs at night all over the city. There’s way too much to do for a week. As I said before, I’ve been here five years and still barely know more than a tourist because there is so much to do. 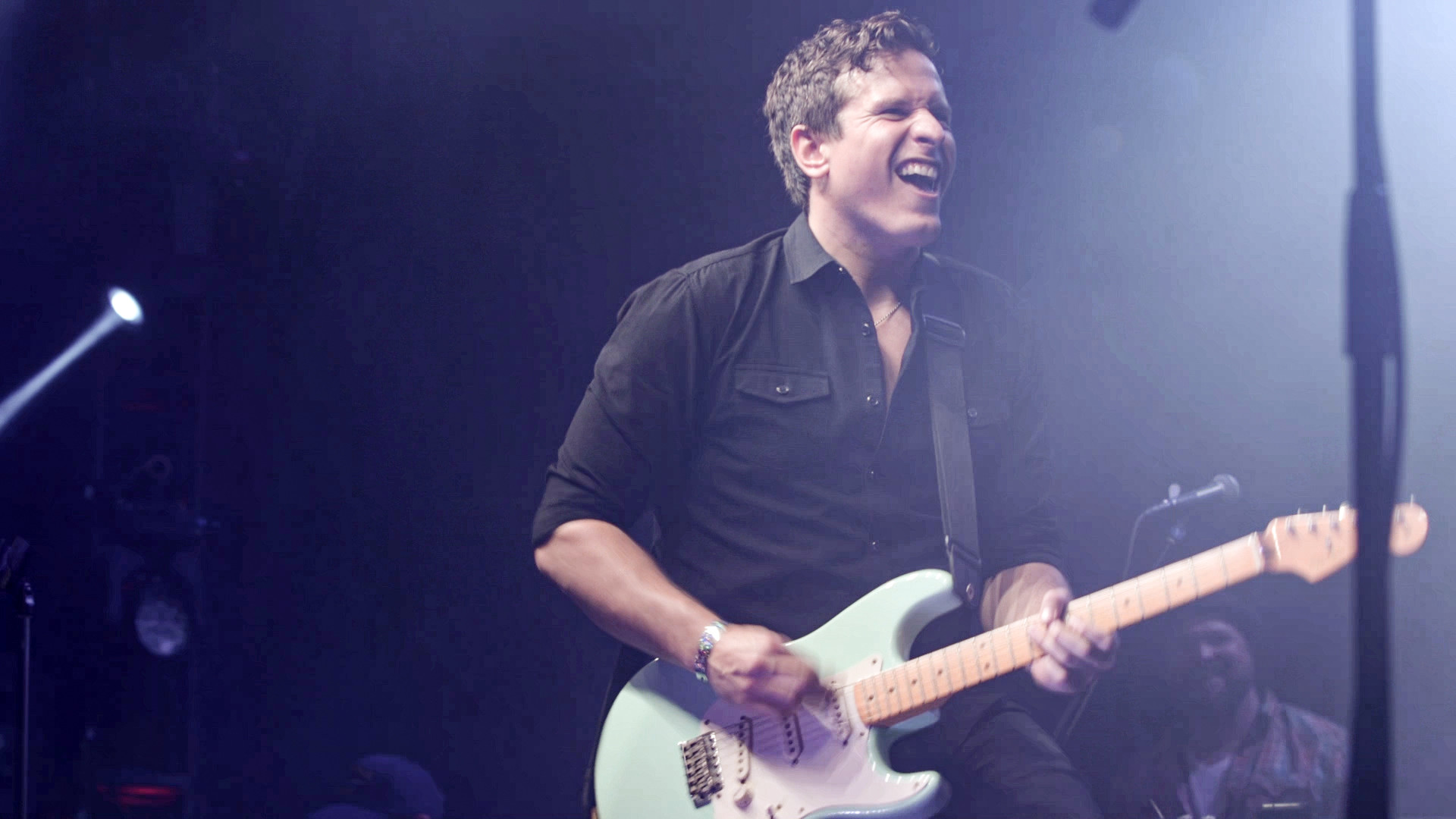 Shoutout is all about shouting out others who you feel deserve additional recognition and exposure. Who would you like to shoutout?
My parents deserve all the credit in the world and I wouldn’t be doing what I am doing without them. A lot of parents roll their eyes or even discourage the dream when a child says they want to be a musician, but my parents couldn’t be further from that. When the band director of my middle school called and said that I was sneaking into the band room to play the drums after school and was getting the hang of it, they sold the living room furniture to put in a drum set where I could practice. They were never bothered by the noise of band practices late at night in the basement, and they never wavered in support when times got bad, either emotionally or financially. I had so much love and support, and to this day when I am playing a big show, they are right there in the front of the crowd singing along to every word. I know it’s a cliche answer to thank your mom and dad but they are so unbelievably instrumental, no pun intended, to having my back no matter what I am going through or what direction my career has gone. 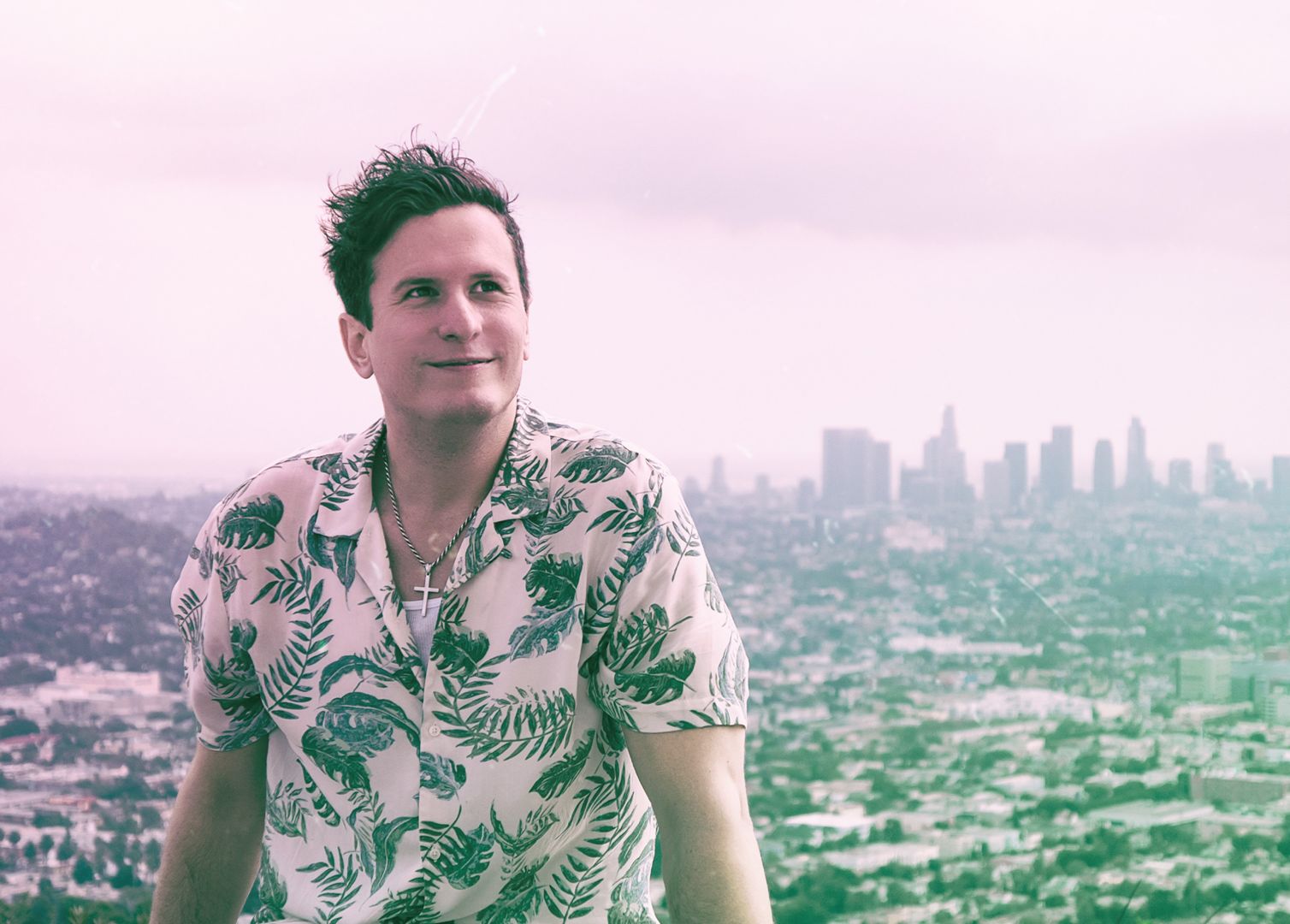 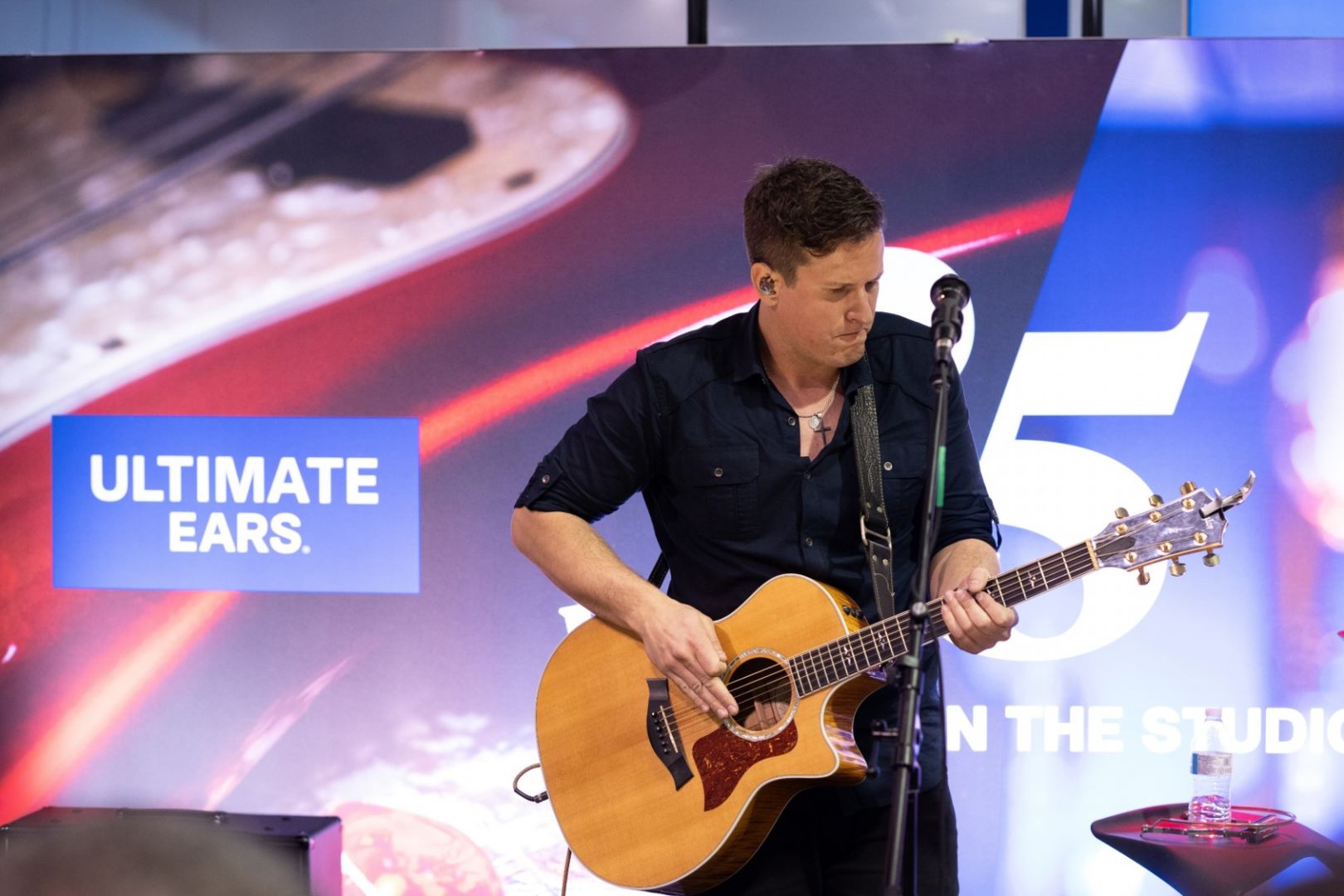