We had the good fortune of connecting with Nick Romero and we’ve shared our conversation below.

Hi Nick, what’s the most difficult decision you’ve ever had to make?
The most difficult decision I had to make was closing my retail store in 2018 and transitioning into an online only and wholesale business working out of a warehouse across town. The store was, I’ve been told a Venice Beach staple, we were a part of the community and culture that drew so many bigger brands and companies to Venice. When we moved in, in 2010, Windward was a ghost town – the recession of that time wiped out most of the businesses on that street. We opened on the ground floor of the rebirth and had 8 years of amazing memories. The reason why the decision was so hard was because that store was my life – after Shark Tank, the MTV Show, KTLA morning news, and numerous other features – people knew us, and knew ME. It evolved into a really fun and cool lifestyle. But, the logic and future of brick and mortar retail were clear. In 2018, the new landlord of the building tried to double our rent. At the same time, the trends were clearly gravitating towards online, drop shipping, and B2B wholesale, with our retail walks in revenue taking a slight dip. I had to decide – did I want to be the most successful, and do what was best for the enterprise? Or did I want to be cool, and make a lifestyle choice that only benefitted me? I always tell people – the best decision I ever made was opening that store. The 2nd best? Closing it. But….it was the hardest. 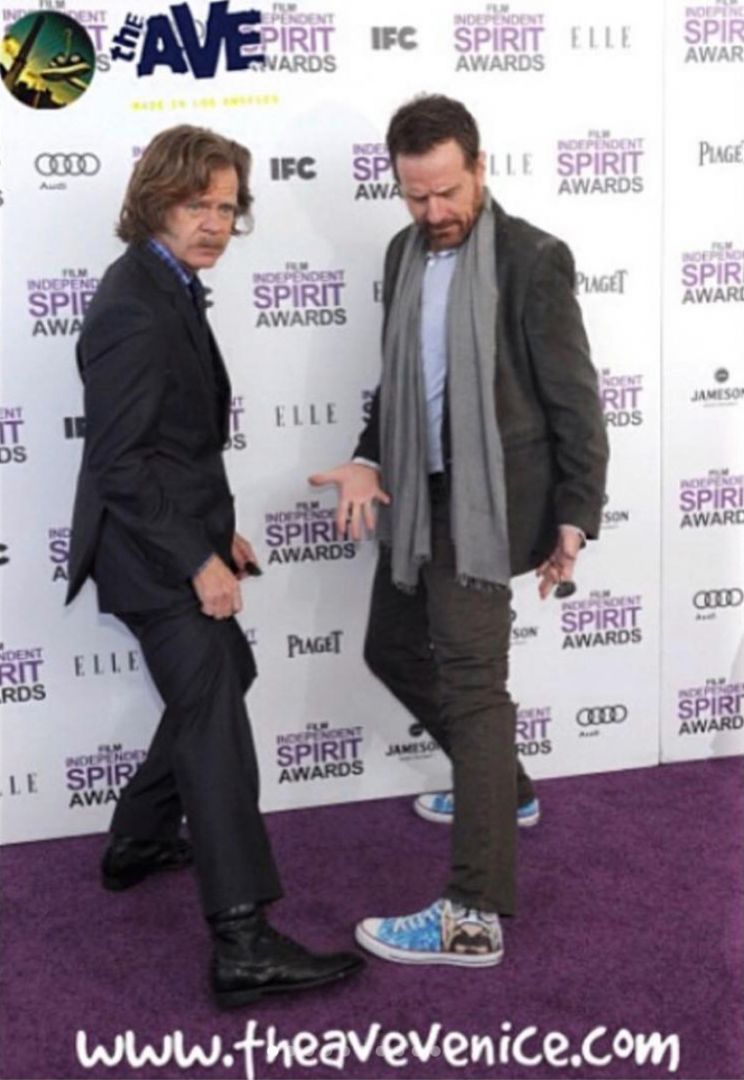 Can you give our readers an introduction to your business? Maybe you can share a bit about what you do and what sets you apart from others?
We specialize in full color digital printing on sneakers, specifically Converse, Vans and Toms. No one does it like us, and no ones done it as long as us – many have tried and failed. Its a challenging, niche industry that has provided me with many learning lessons – like trying to bite off more than I can chew – doing too many pop ups or trying to run too many stores. I’ve done collabs that I thought were going to blow up and ended up being total duds – and vice versa. Scaling up – a challenge. But I feel like we have really hit our sweet spot with where we are at right now. I don’t think there is anything specific that I want the world to know – mainly I want to continue to build with my staff who is like family. Some of them have literally grown up at The Ave. My Dad was here over a year before the pandemic. One of my best friends is in charge of graphic design. I care more about what goes on internally than externally – but externally we have partners and collaborators – like DJ Premier and the Joe Budden Podcast, for example, with whom we’ve been working with for years and have a great relationship with. So I guess you could say – with great relationships, you can make money with the same people year after year. And enjoy it!

Let’s say your best friend was visiting the area and you wanted to show them the best time ever. Where would you take them? Give us a little itinerary – say it was a week long trip, where would you eat, drink, visit, hang out, etc.
Great question – I’ll assume this means in the current climate we are living in, in which case, Southern California is definitely not the worst place one could be. Without a doubt, much time would be spent in Venice Beach, being active, and hitting all of the outdoor places to eat and drink.

Who else deserves some credit and recognition?
Well, over the years, there have been many collaborators, partners, supporters, and Ave enthusiasts. But as far as mentorship and support there are 2 people that come to mind. One is my Dad’s best friend, who is like an Uncle to me, Armando Rosa. When I first decided to open the store, it was a crazy challenge and risk. I put up all the money I had, went into personal debt – even borrowed money from a friend who I paid back 3 months after opening! But, Armando helped me with the construction of the store. It took weeks, and it was a more than a full time job. He would meet me there in the morning and him and I, with his tools, chainsaws, drills, hammers and daily runs to Home Depot, would re-construct this place into the amazing store that it was for 8 years. There is no way I could have done it without him, or done it on my own dollar. Currently, he is a Home Inspector based out of East Los Angeles. Hey Mando – if you read this… thanks man… I owe ya big time!! The other person I would like to acknowledge is Doug Kahl. This is funny to type because the story of how him and I met has been told in person many times with eyes rolling at the “man-crush” we have. Haha. Doug is truly a great person and I consider him to be a mentor and a friend. He went out of his way to chase me down after seeing me on Shark Tank, when I, in all honesty, just did not truly comprehend the concept of the lane that Doug is in and wanted to put me in after seeing my story. Thanks to his persistence, we finally met at a trade show and hit it off. Then, for me, it finally clicked as to how my product would thrive in his business. Doug opened up doors for me that have lead to some lucrative deals, even with his competitors, and he has never asked me for a favor as long as I’ve known him. People like this are extremely rare, because many people, at any level of success, will want something in return for “putting you on”. But there are rare individuals who will see an opportunity or a door they could open for a young businessperson, and they’ll do it. That’s Doug. And one day, somehow, that will be me.